Munich, August 17th 2016 – Perfect grip and feel for the pedals are essential to landing the most courageous tricks whether in street, park or on a dirt trail. After the first launch in 2011, Danny MacAskill and action sport shoe manufacturer Five Ten, a long-term partner of the YouTube and trials phenomenon, present the new 2016 Danny MacAskill signature model, which is on sale now! Check out mountain biking legend and Five Ten ambassador Brett Tippie introduce Danny’s newest choice of footwear:

Danny MacAskill has been inspiring literally hundreds of millions of people around the world for seven years now. In order for the trials legend to land the most creative tricks, a reliable shoe is essential. Seeing as Danny used to get through more pairs of shoes during the course of a year than other people do in a lifetime, the Scotsman was quickly won over by the toughness and style of Five Ten products and signed with the Californian based company in 2011. 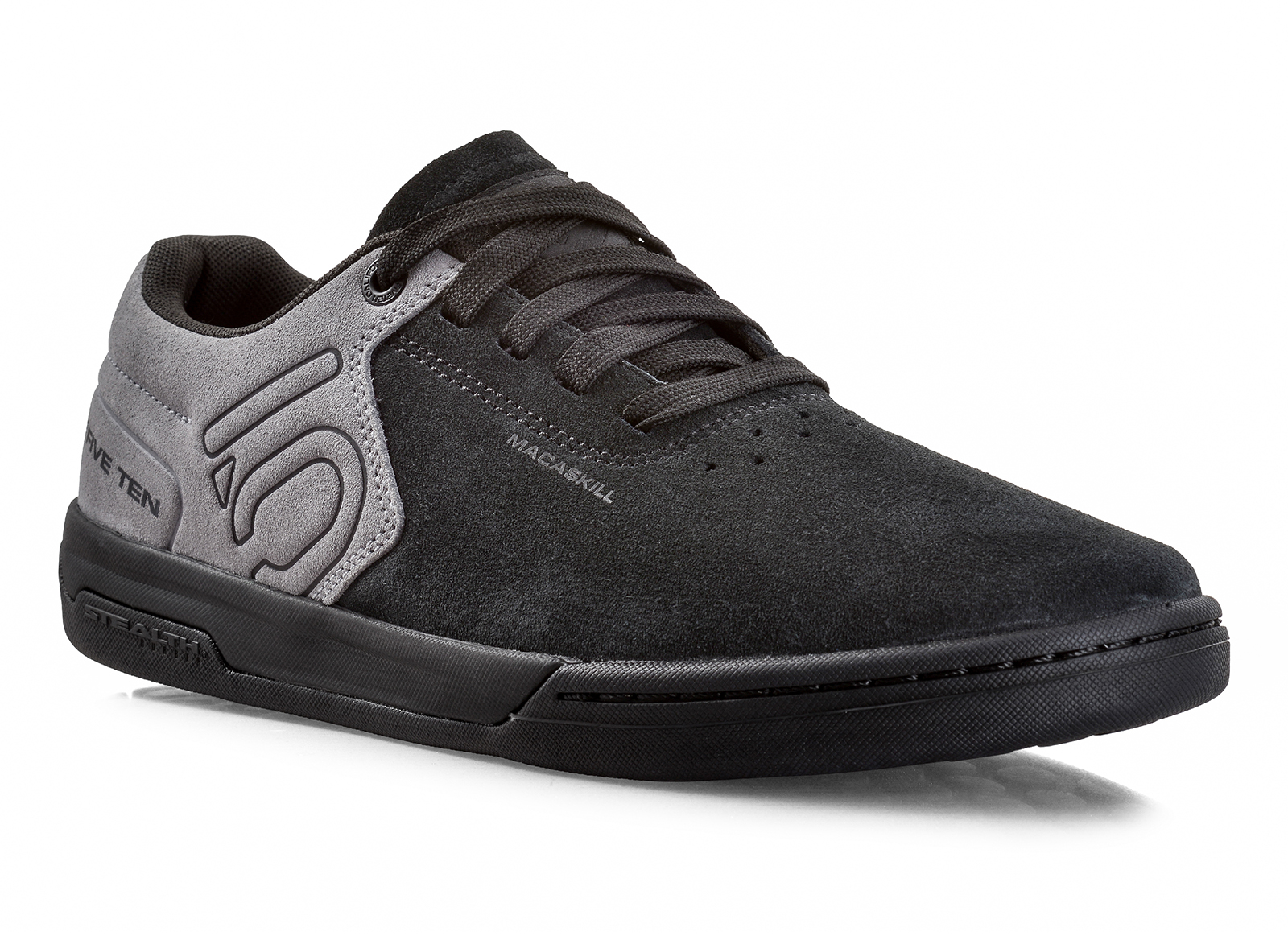 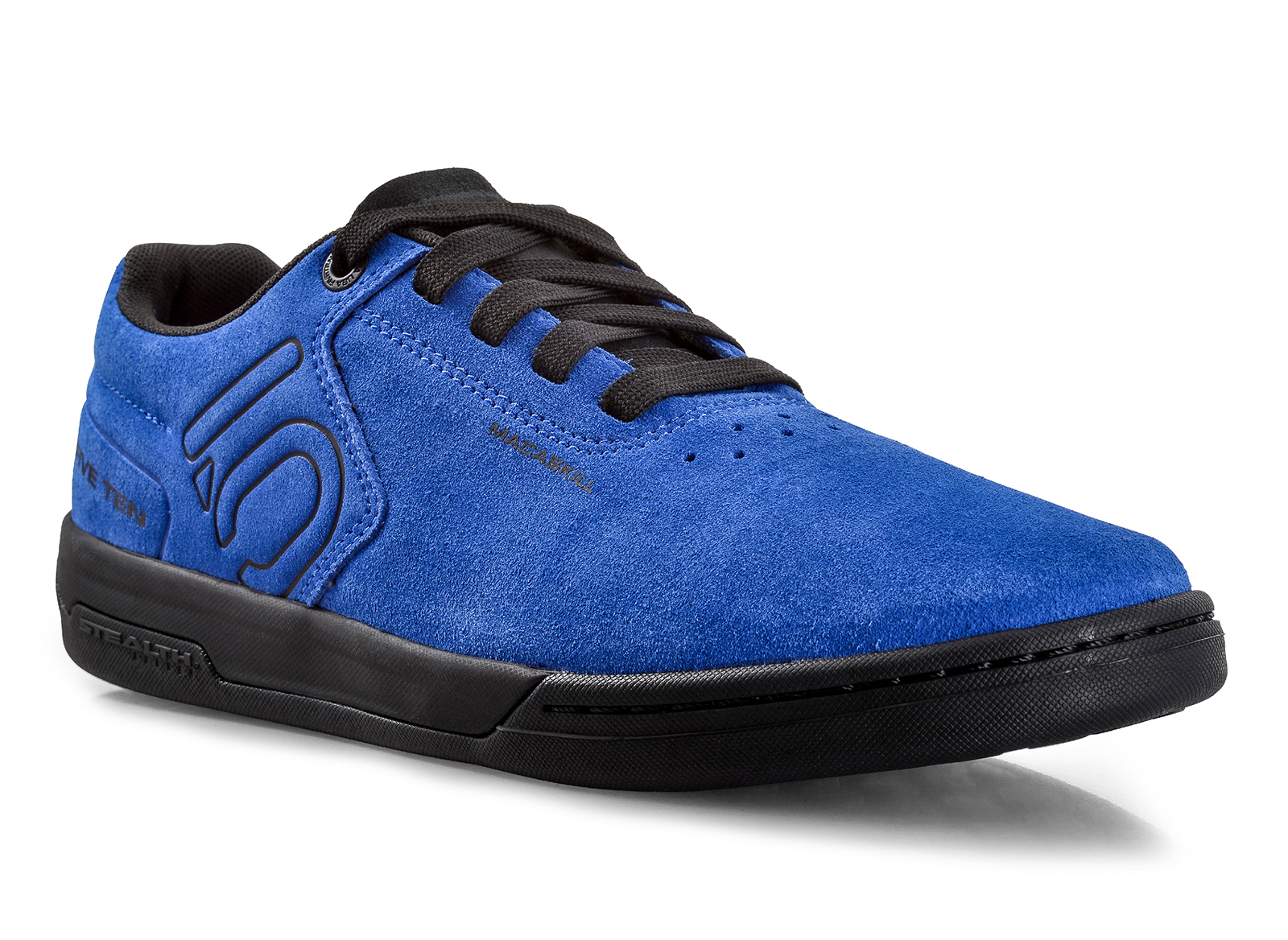 “Over the years I have ridden my bikes in all types of shoes. But I vividly remember the first time I tried on and rode in a pair of Five Tens with stealth rubber sole. It was as if a light switch had been flicked on. They make you feel attached to a flat pedal giving you control over your bike in all conditions, that you never had before! There is definitely no going back!” Back then Five Ten decided it was just about time, to create only the best signature shoe for the most progressive street trials athlete in the world. 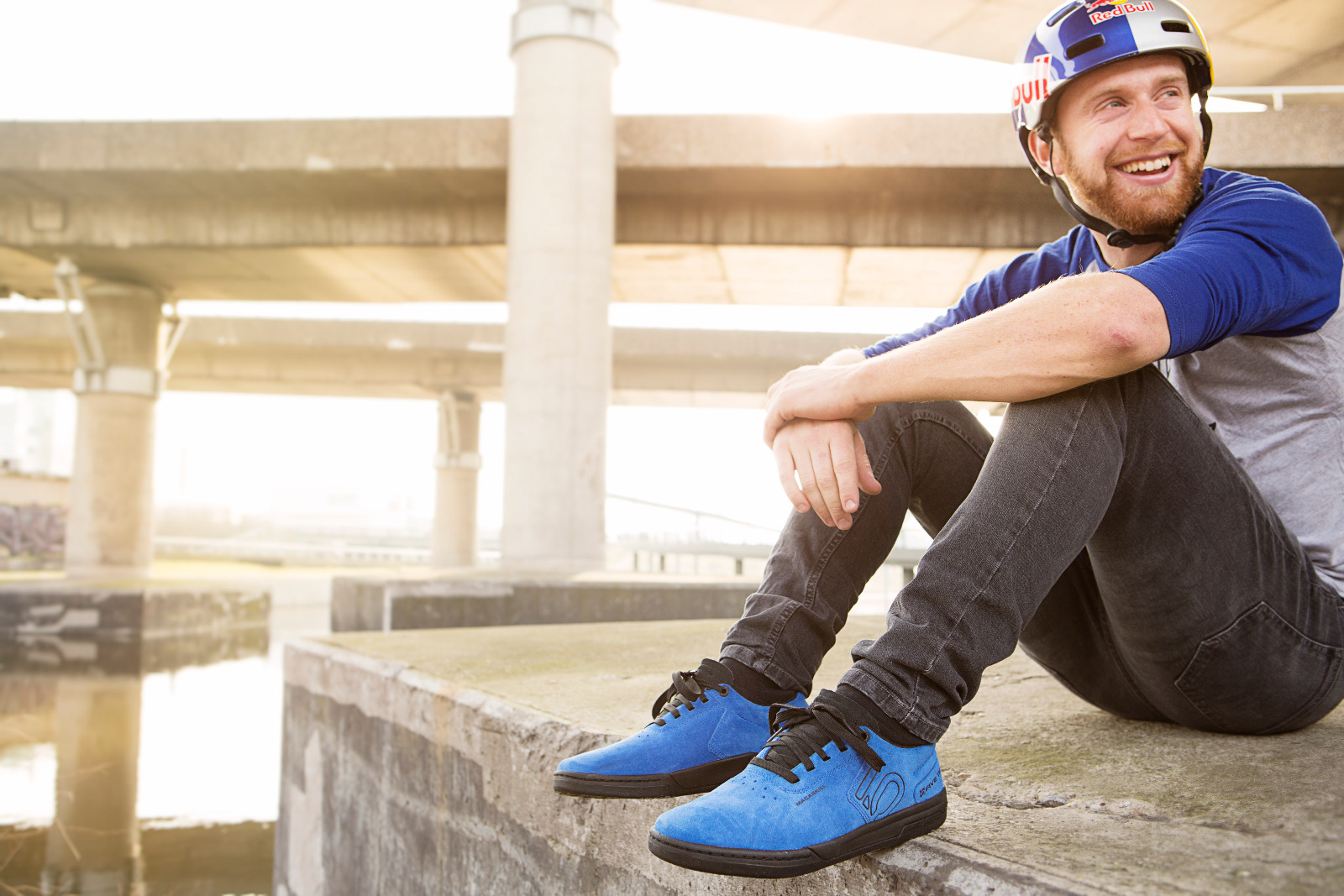 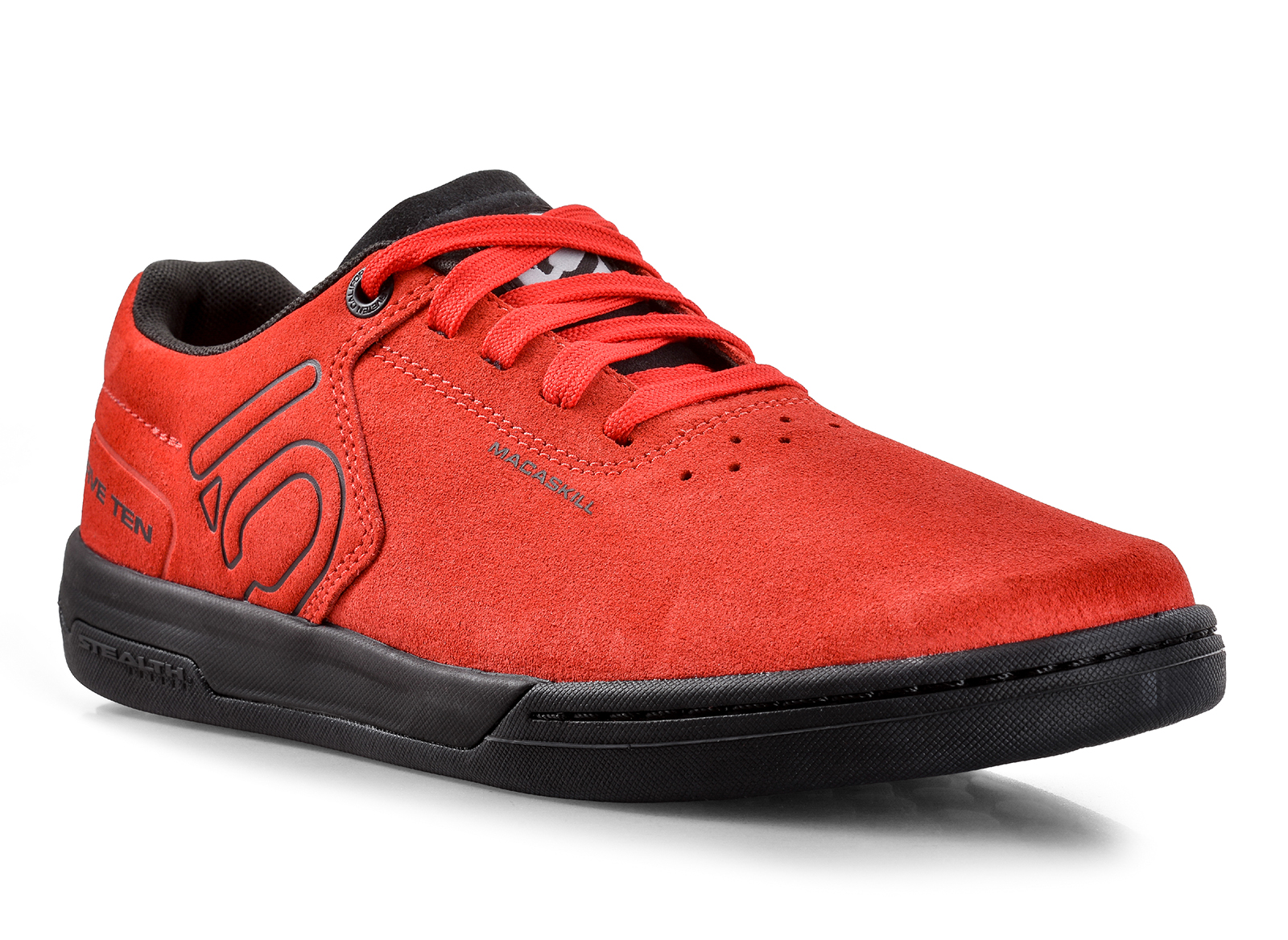 Five years later Danny is now looking forward to the new “Five Ten Signature Danny MacAskill” (RRP: $130,00 / €129,95): “I have been lucky to have a signature shoe in their line, which I was and am so stoked about! It’s really cool to bump into riders on trails on the other side of the world, who wear my signature shoe. I’ve even seen them being worn by guys sending it at Red Bull Rampage and even on the X Games mega ramp! Now, Five Ten has given me the opportunity to revamp my shoe. Things have moved on in the last few years in terms of shoe fashion and technology.”

The “Danny MacAskill” is the perfect choice for riders in search of style, comfort and performance. The casual looking leather upper has been developed to be durable and easy to maintain. Stealth S1 dotty rubber gives a great balance of durability and friction and of course the highest drops are made possible thanks to the EVA midsole shock absorption and anatomical support. 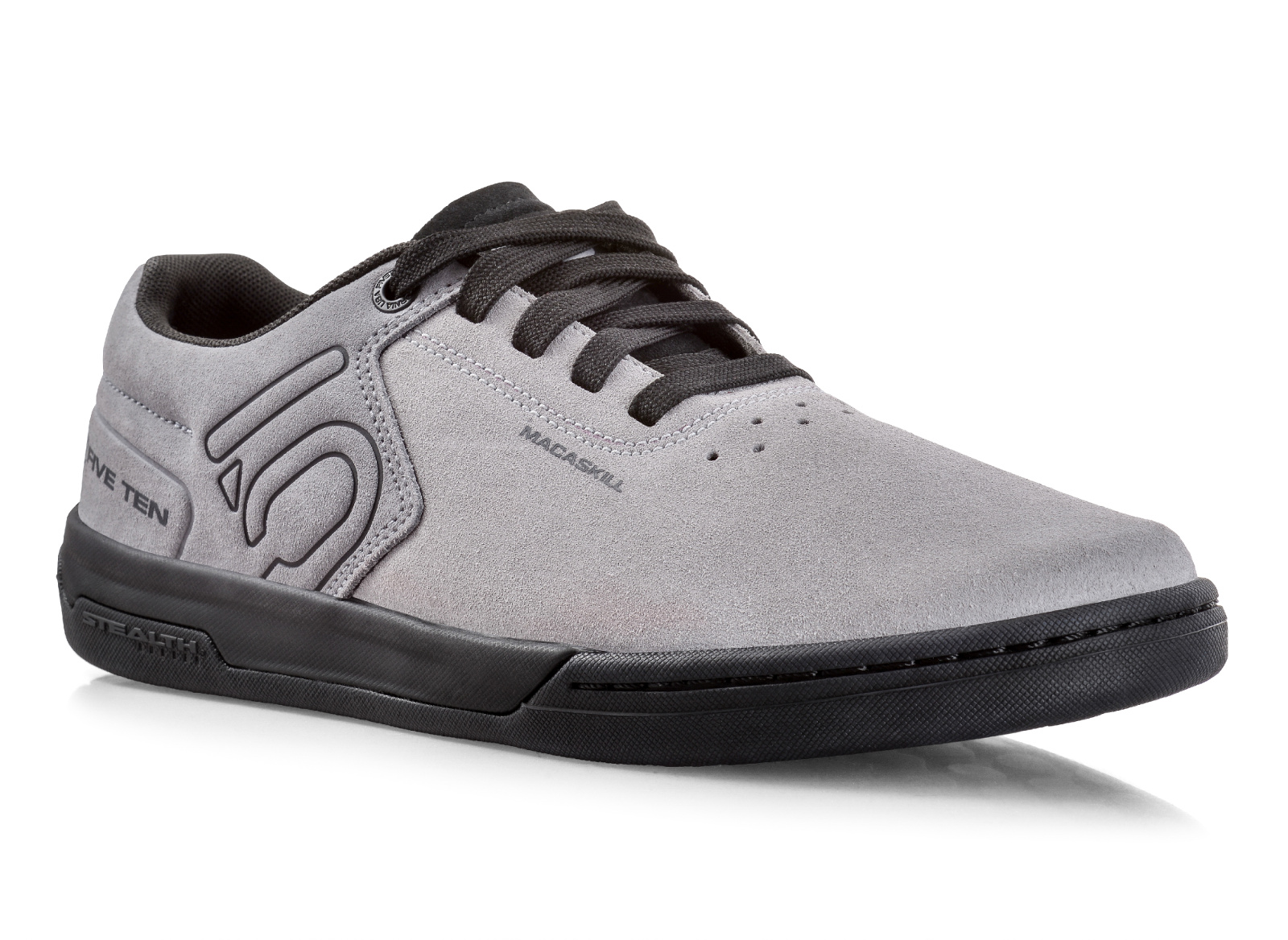 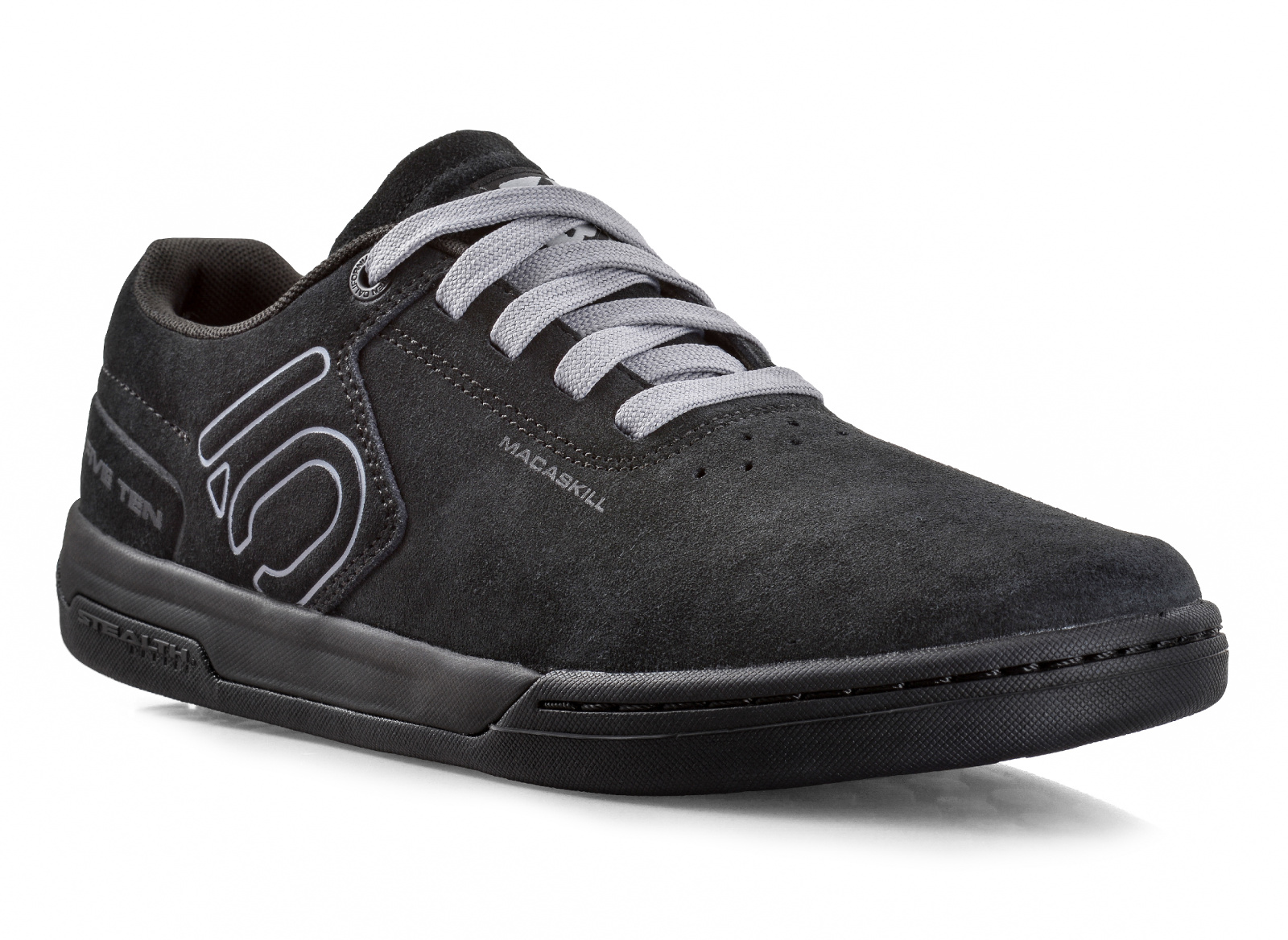 Danny explains: “I basically wanted to make a lighter shoe that has the casual look and feel as some of the current skate shoes on the market but have Five Ten’s signature stealth rubber sole. I’m so happy with how they have turned out and look forward to seeing and hearing how riders around the world get on with them.”