The third round of the Enduro World Series (EWS), offered up two days of racing that proved to be every bit as dramatic as its backdrop of the Dolomites mountain range. 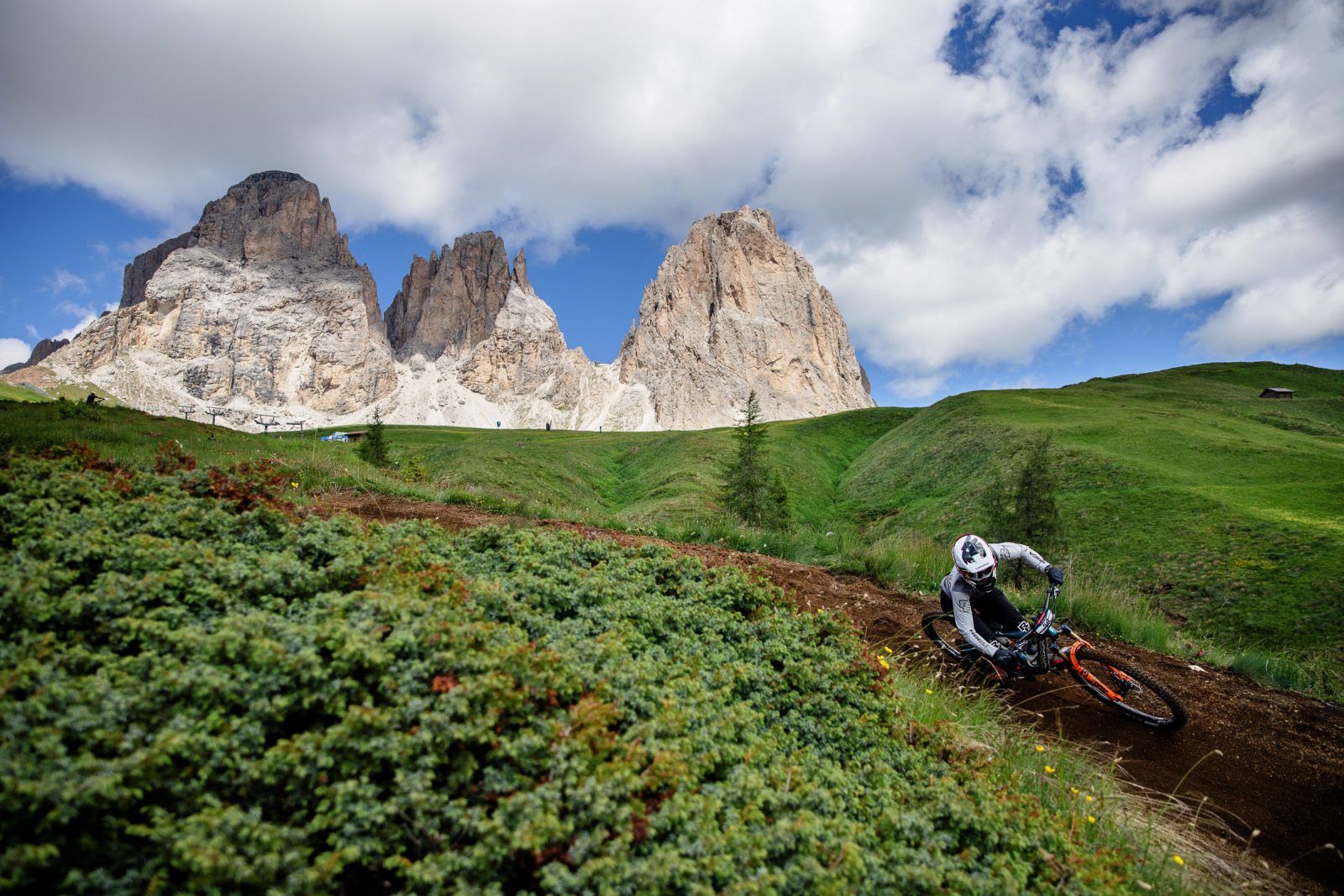 EWS Val Di Fassa Trentino culminated on two very familiar faces on the podium, but the results couldn’t tell the full story of this race, which threw up plenty of twists and turns along the way. 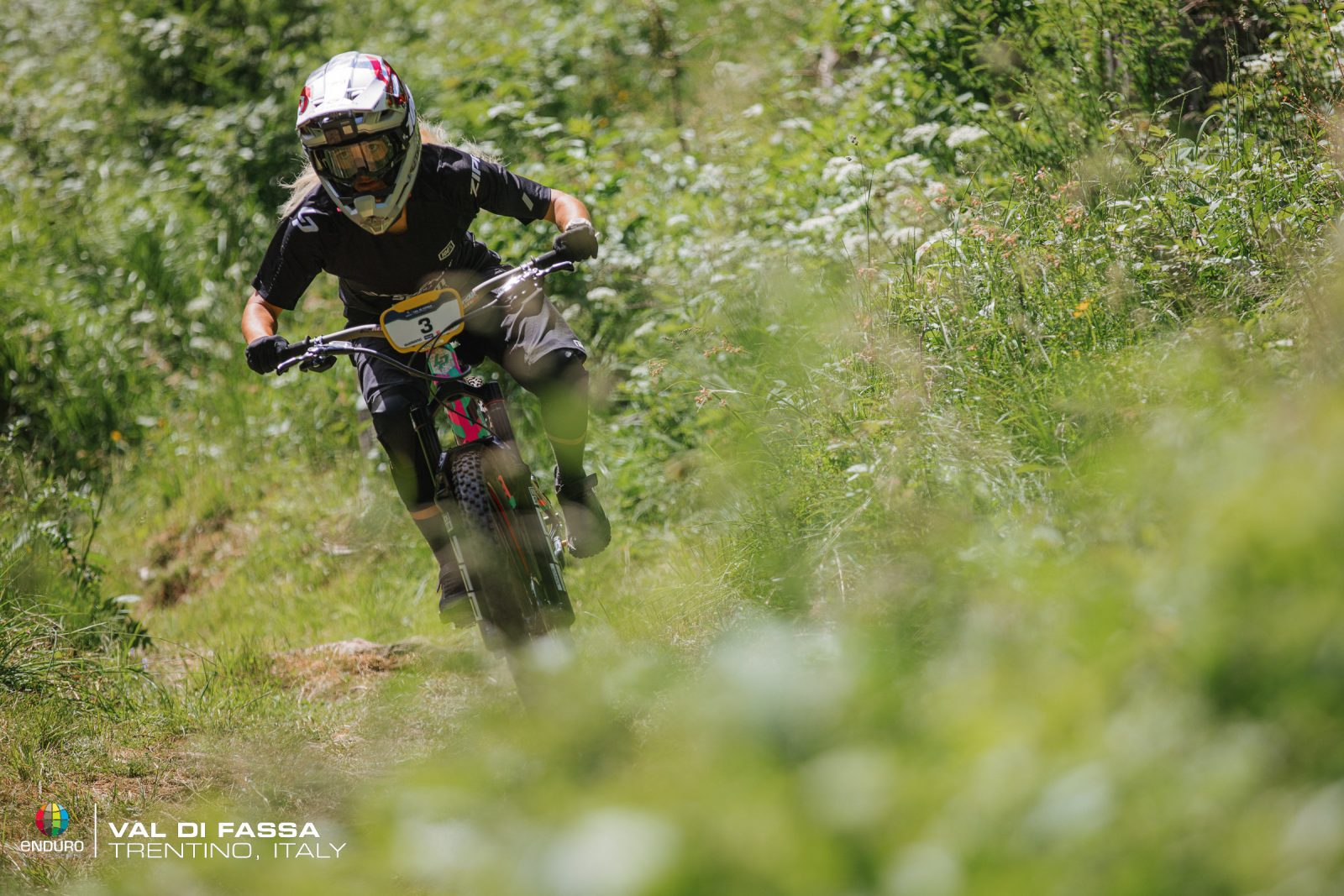 The women’s competition was a straightforward affair at the top of the points table; Isabeau Courdurier (Lapierre Zipp Collective) put on a dominant performance to control this race from the outset. Winning every stage but one, the former series champion proved an unstoppable force this weekend, never relinquishing the race lead. Morgane Charre (Pivot Factory Racing) was assured of second place after she rode to a top five finish on every stage. It was a different story for Harriet Harnden (Trek Factory Racing), who secured her third place finish as a result of a hard fought win on the final stage of the day. 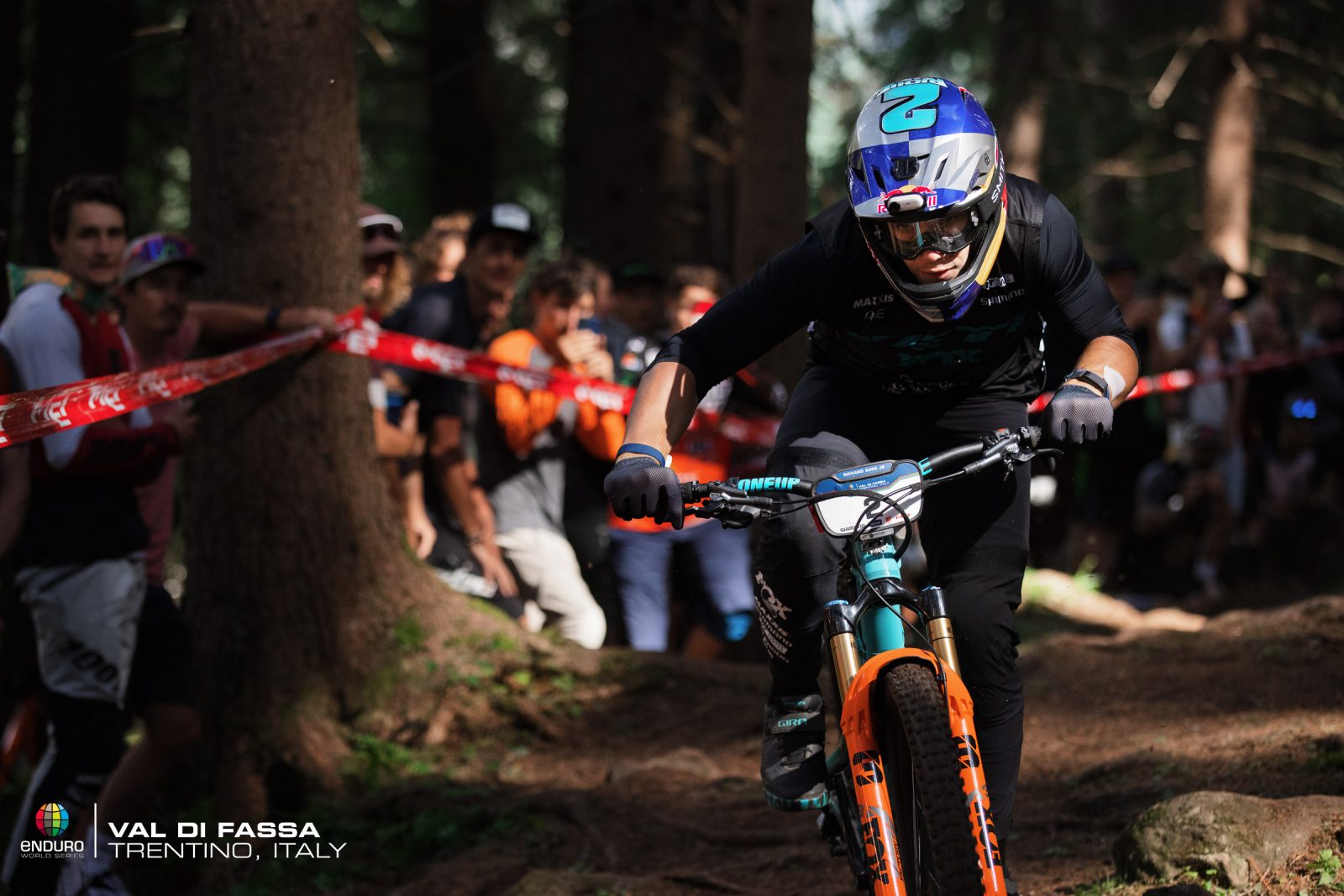 In the men’s race it was Richie Rude (Yeti/Fox Factory Team) who took the Pro Stage by three seconds ahead of Jesse Melamed (Rocky Mountain Race Face Enduro Team). However, Melamed staged a fight back right out of the gate on Sunday, winning the first two stages of the day to take the lead. Rude would take the penultimate stage of the race, setting the scene for the perfect showdown on the final stage – with Melamed leading by just one second ahead of Rude. It proved to be too little a margin – Rude put down the power to win the stage and the race by five seconds. Eddie Masters (Pivot Factory Racing) proved consistency is key and his was rewarded with a third place finish. 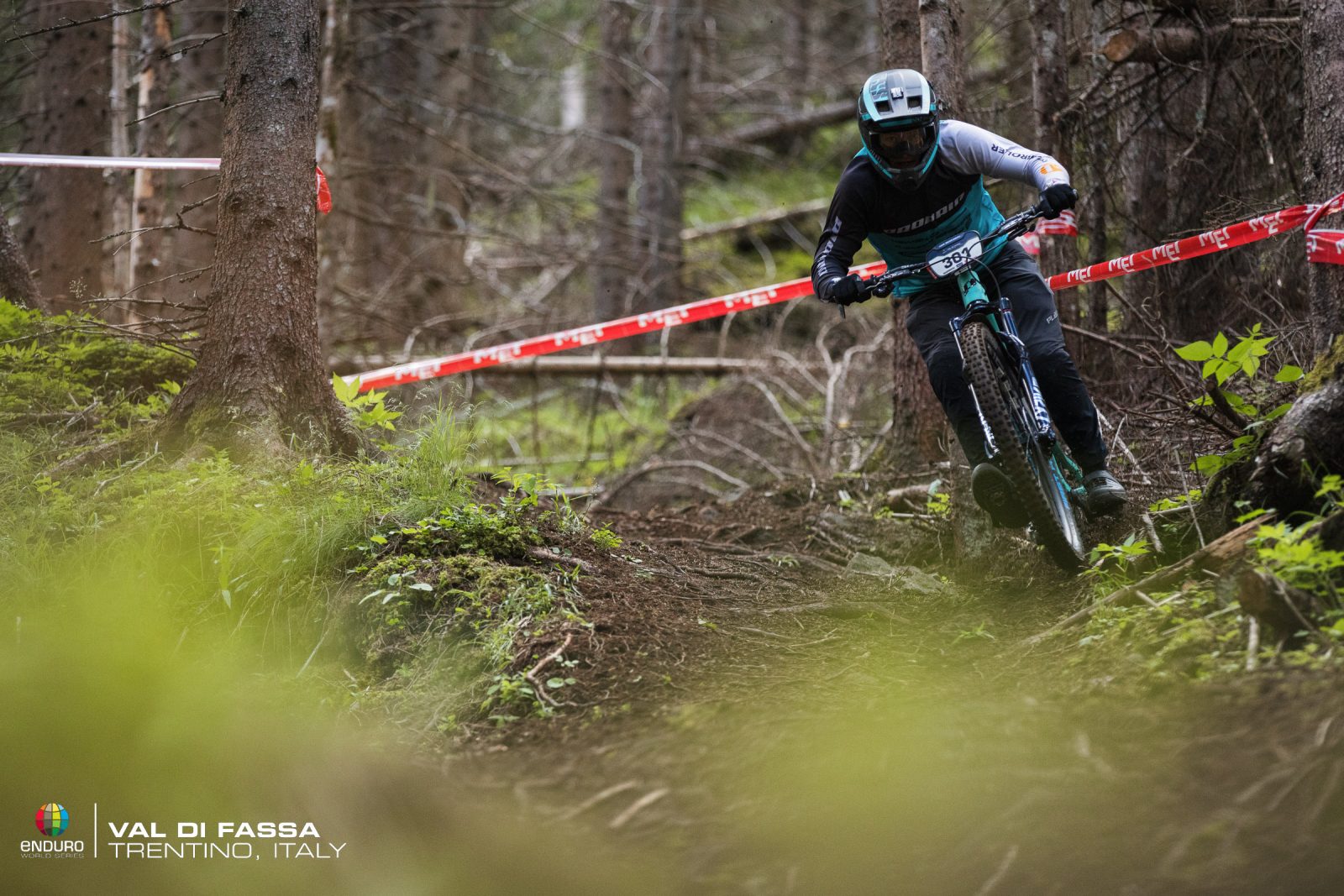 Emmy Lan (Norco Factory Racing) continued her winning streak by taking the U21 Women win, with another impressive performance that saw her finish the race 31 seconds ahead of closest rival, Italian rider Sophie Riva. Lily Boucher took third. It was a similar story in U21 Men, with Luke Meier-Smith (Propain Factory Enduro) at the top of the podium again, Seth Sherlock took second and Jack Piercy (Commencal Les Orres Team) third.

Martino Fruet delighted the Italian crowd with his win in the Master Men, with Ian Austermhule of the UK in second and New Zealand’s Bradley Lauder in third. Louise Paulin (Ibis Enduro Team) won three of the five stages to win Master Women, Fejola Stepanka Nestlerova of the Czech Republic came second and Melissa Newell of New Zealand third. 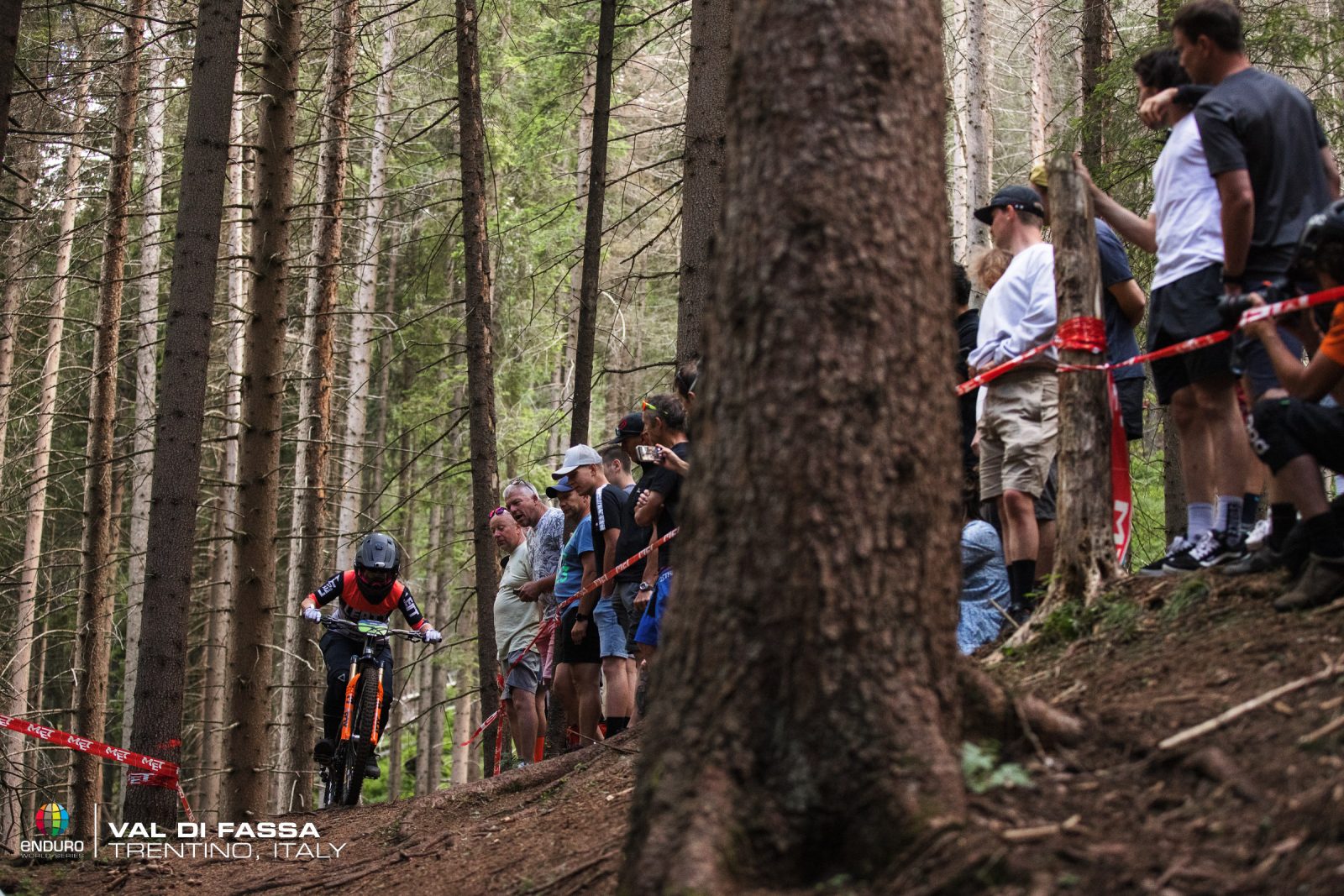 Courdurier and Rude lead the overall rankings in their respective categories, as do Meier-Smith and Lan. Ian Austermhule leads Master Men, while Fejola Stepanka Nestlerova leads the Master Women’s points.

The Enduro World Series returns on August 6-7 to the always iconic EWS Whistler in Canada for round four, whilst the EWS-E heads to the grey earth of Valberg, France next weekend for round four.