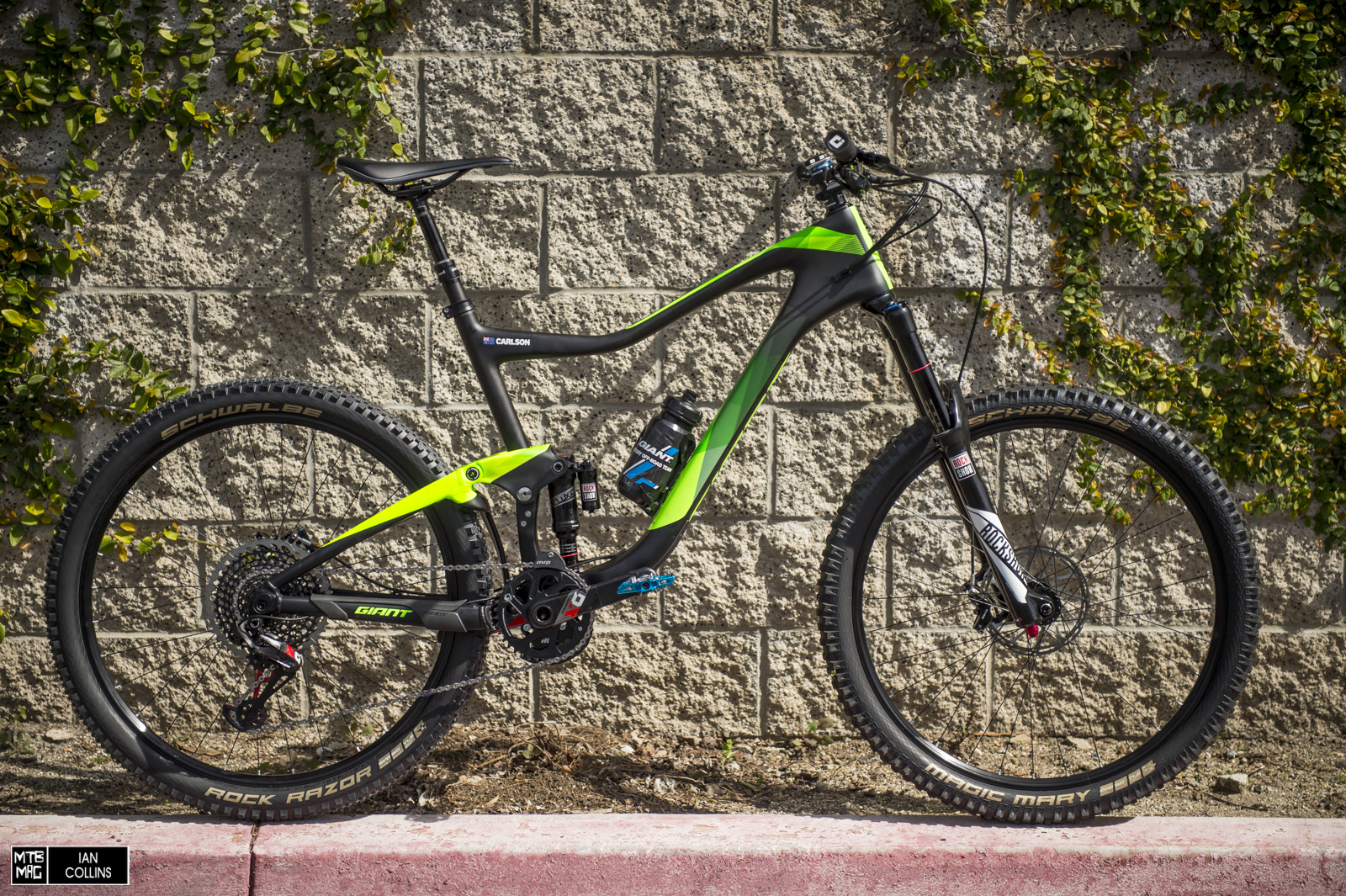 Just before the weekend we headed down to Newbury Park, California for a Team Camp at Giant USA’s headquarters. We had a chance to meet, chat and ride with the Giant Factory Off Road Team as they were spending some time in the off season training in Southern California’s balmy weather. Our first bike check from the event is with none other than the most stoked EWS rider in the Southern Hemisphere: Josh Carlson, the Frother! Check out his Trance Advanced that he’ll be racing in the 2017 Enduro World Series. 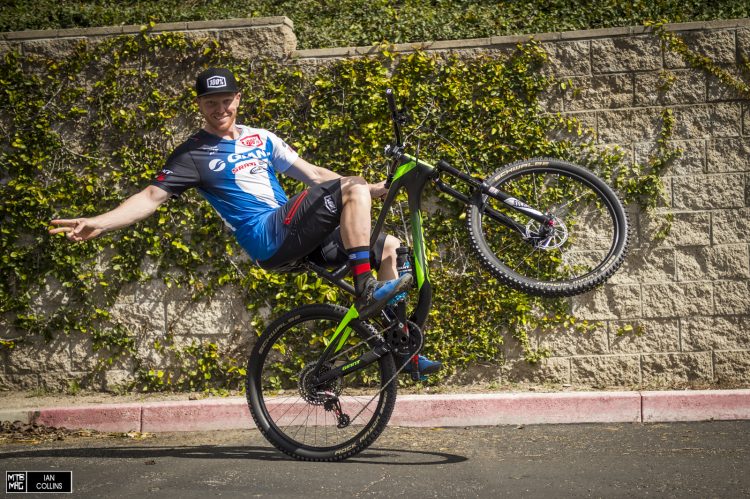 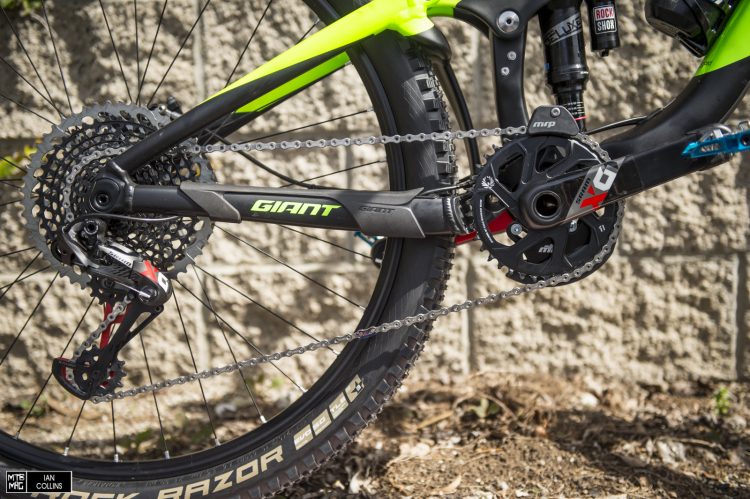 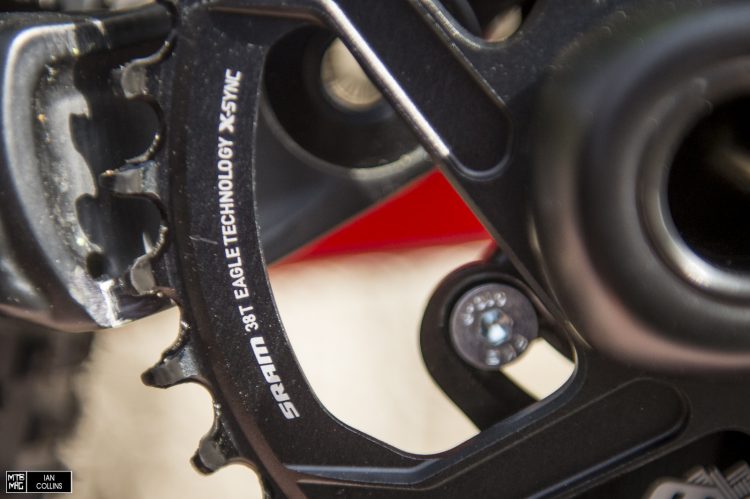 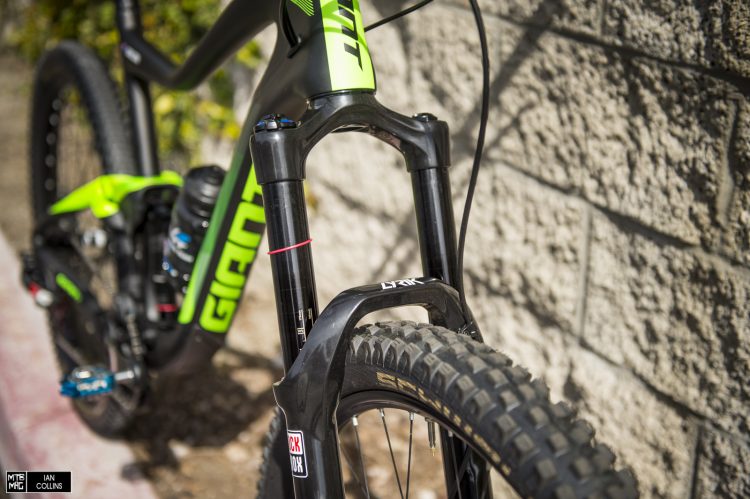 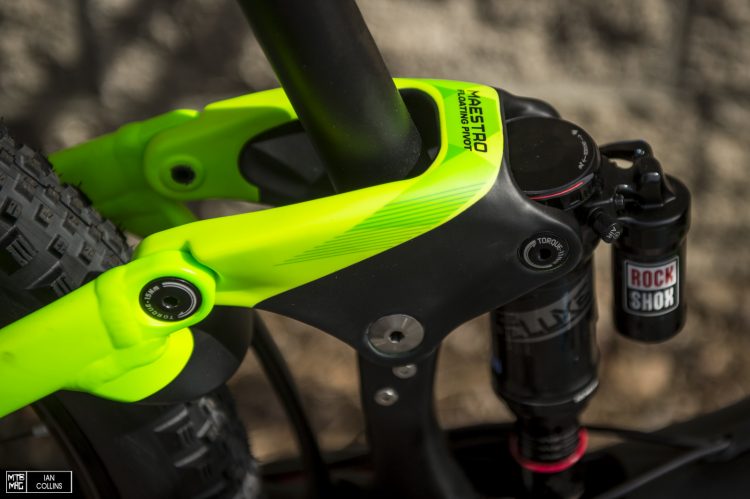 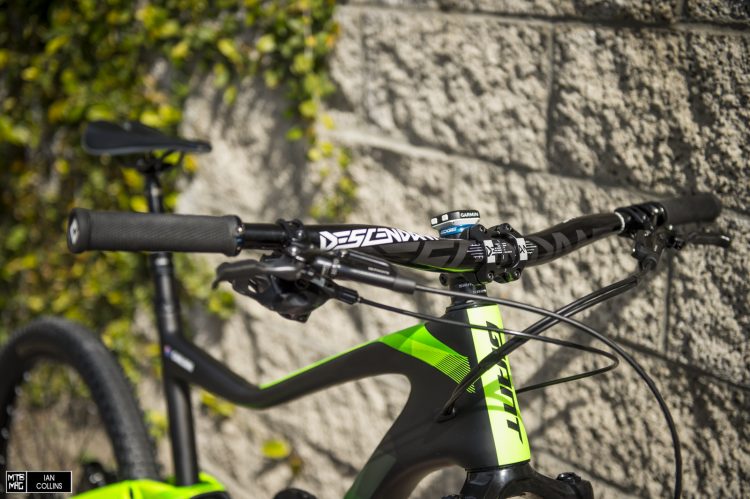 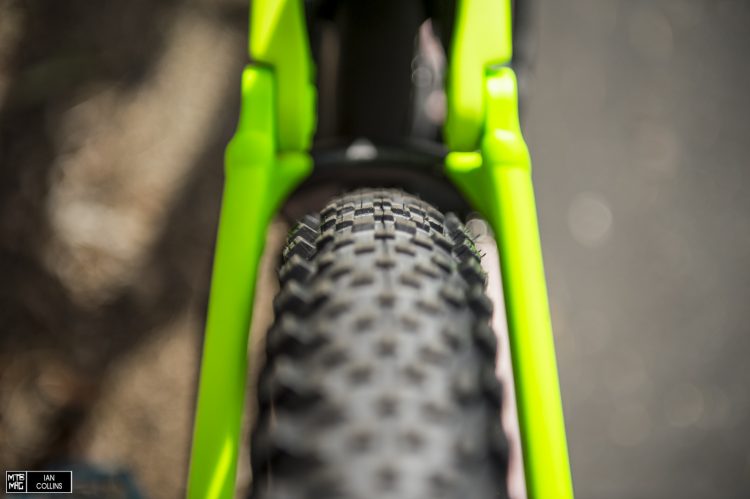 Plenty of clearance in the aluminum rear end for a Schwalbe Rock Razor semi slick tire. 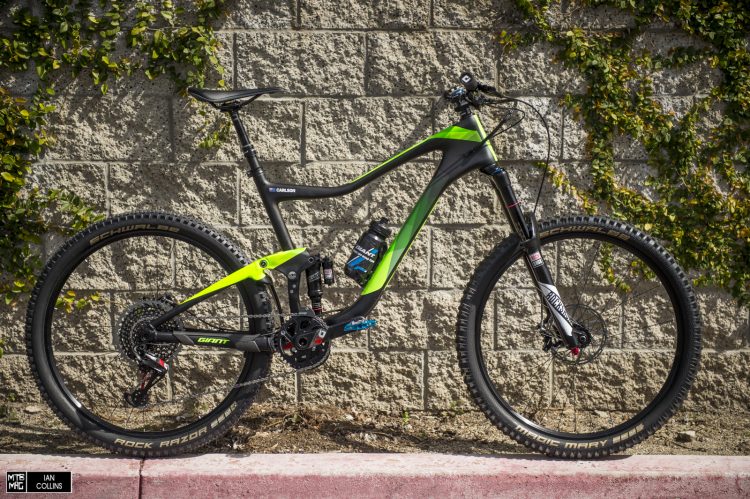