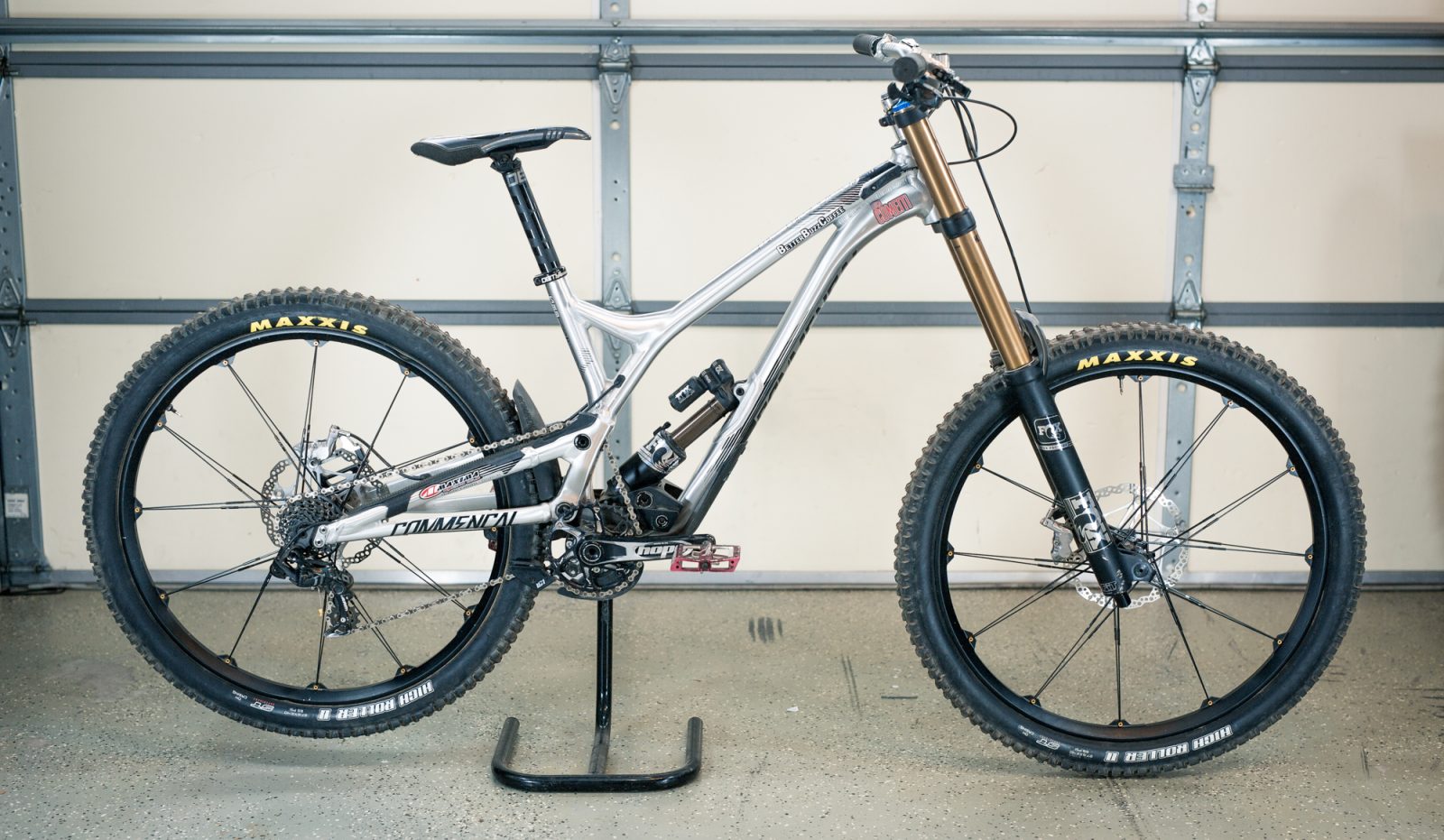 World Cup Downhiller and provider of many a course preview here on MTB-Mag, Luca Cometti just sent over some rad shots of his new race bike for 2017. Luca’s talents extend well beyond two wheels. He’s been doing some camera operating work in the off season and he’s also excellent photographer. Luca took these shots himself in his garage with just one strobe and a bit of in camera trickery. Commencal is one of a few brands that are messing with an idler to isolate suspension and drivetrain forces on high pivot bikes. Hope Cranks / 165mm with a 36T chainring. SRAM XO1DH 7-Speed drivetrain with a 10-25T rear cassette. E.13 LG1 chainguide. Another look at the idler. Luca also made the switch to Hope. Tech 3 V4 brakes. Per usual, wild machine work on the Hope Calipers. The dropouts on the Supreme can be changed out. This allows for varying chainstay/wheelbase lengths as well as varying BB heights head angles. Fox 40 RC2 with more Hope goodness bolted to it. Crank Brothers Opium wheels are another big change for Luca. He’s been running the brands pedals for some time now, but recently jumped on board the wild looking wheels.