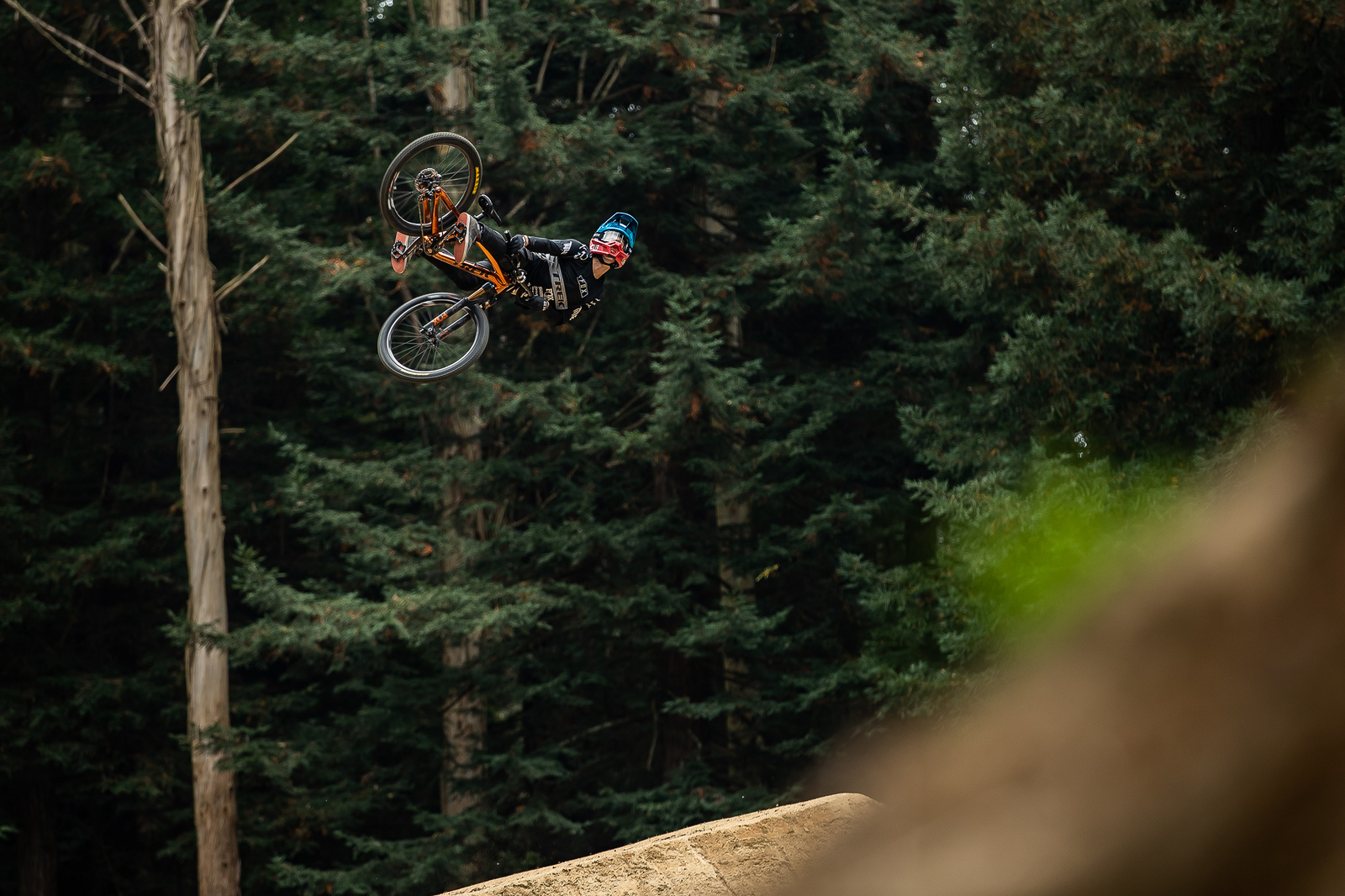 ROTORUA, NEW ZEALAND March 23, 2019 – 2019’s Maxxis Slopestyle in Memory of McGazza, the first contest of the Crankworx FMBA Slopestyle World Championship season, brought a triumphant return to the top step, a big payoff after a long push for podium on the second, and a disbelieving first-timer in third.

Stepping back up into the #1 spot, 26-year-old Brett Rheeder (CAN). Rheeder won the New Zealand event in 2018, then spent the rest of the season falling just short, always one down from Nicholi Rogatkin (USA). 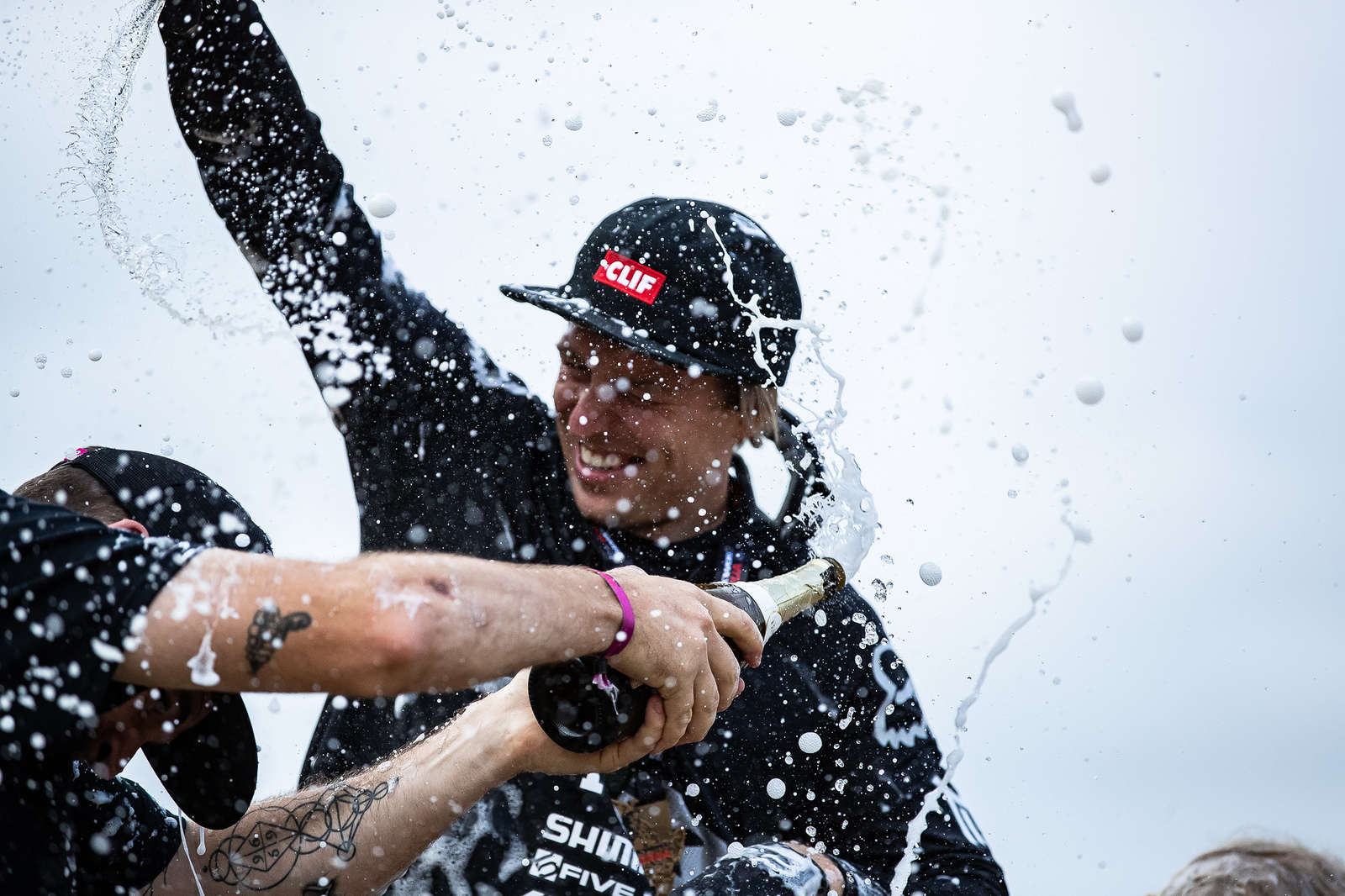 “It feels really good. It feels really relieving,” said the veteran rider, currently the most decorated Slopestyle rider competing on the circuit. “First contest of the year, I’m always nervous of screwing up or messing up my run and not getting a good place, and then having people wondering ‘Ohh, maybe Brett doesn’t have it anymore.’ I went through a big winter filming, and then last-minute training for this. It was pretty intense work and I didn’t really have many days off. To have it pay off – it’s the best feeling ever. This, right now, is what I live for.”

“I started off doing a switch-7 on the step-down, followed by a regular cork-720 on the shark fin. I went into a 360 double tailwhip on the step-up, and a opposite double tailwhip on the right hand hip, into a double-truck on the boner log. A switch-truck up onto the flat drop. I flip-whipped the flat-drop, into a front-flip one foot can, and into a cork-720 barspin on the last jump.”

A slight bobble on his final landing had the Kiwi crowd lining the course on edge, but he managed to hold on, with a quick touch of his foot to the ground.

Rheeder scored a 93.75 on his first run, a score that held steady. In fact, the top three after the first set of runs remained unchanged after two.

Rogatkin, for his part, ended his day in ninth place with a 63.25, after going down on both runs.

Stepping up to one below Rheeder, a man who spent most of 2018 just off the podium, including three fourth place finishes. 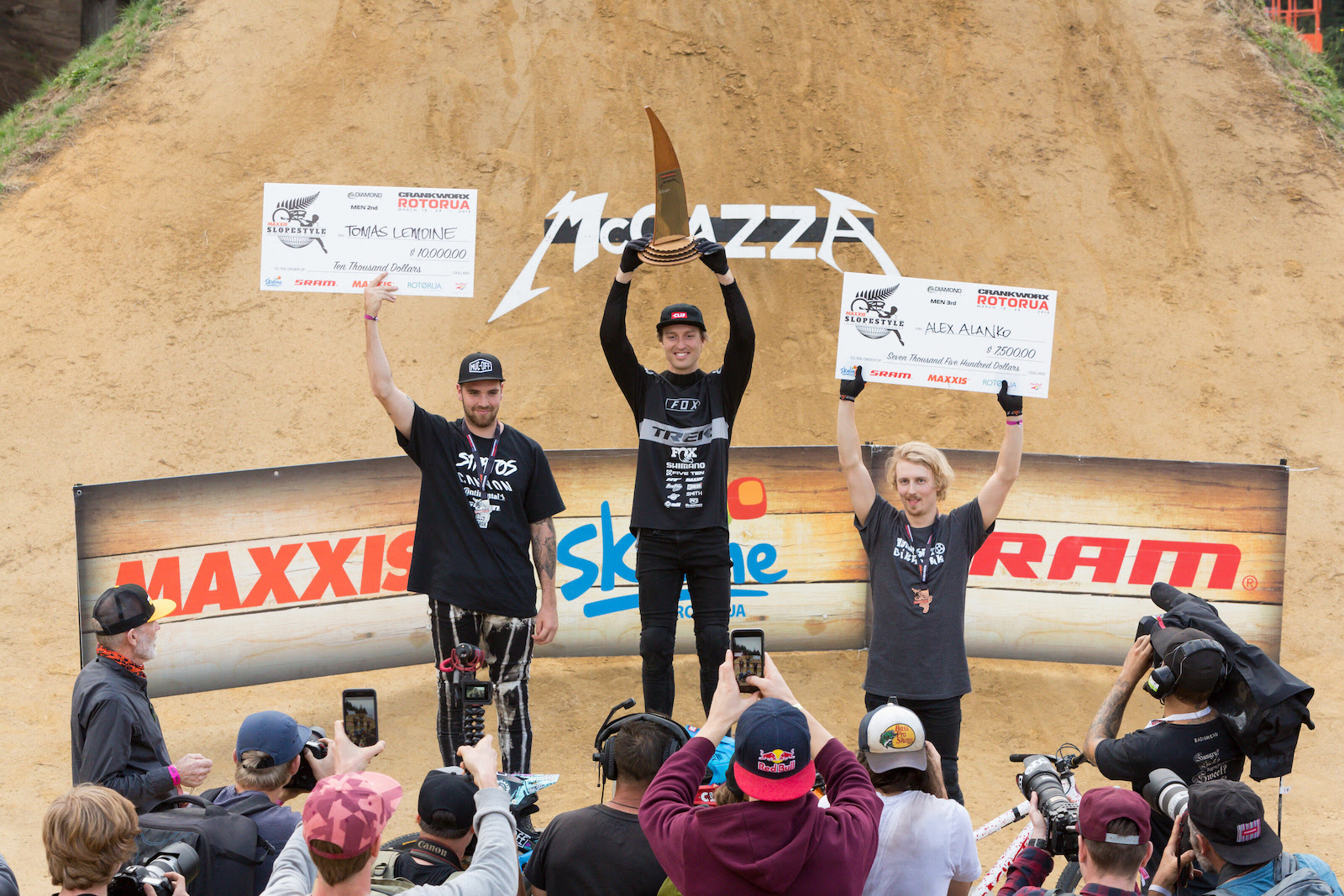 “It feels good,” said Thomas Lemoine (FRA), who’s also coming off a win in the RockShox Rotorua Pump Track Challenge last night. “I’m happy that I’ve done a good run today and I’m looking forward to the rest of the season. It’s good motivation for what’s next, so that’s cool.”

Lemoine’s stylish and smooth first run earned him an 87 from the judges. It included a front flip up the cabin and a three-x down, a 360 on the second last jump, then a front-flip on the last jump “with a huge case,” the 22-year-old added with a grin.

Behind Lemoine in third, a newcomer earned his first piece of Crankworx hardware. Alex Alanko (SWE), competing in just his second Crankworx Slopestyle competition, was nearly speechless as he came off the podium dripping with celebratory champagne. 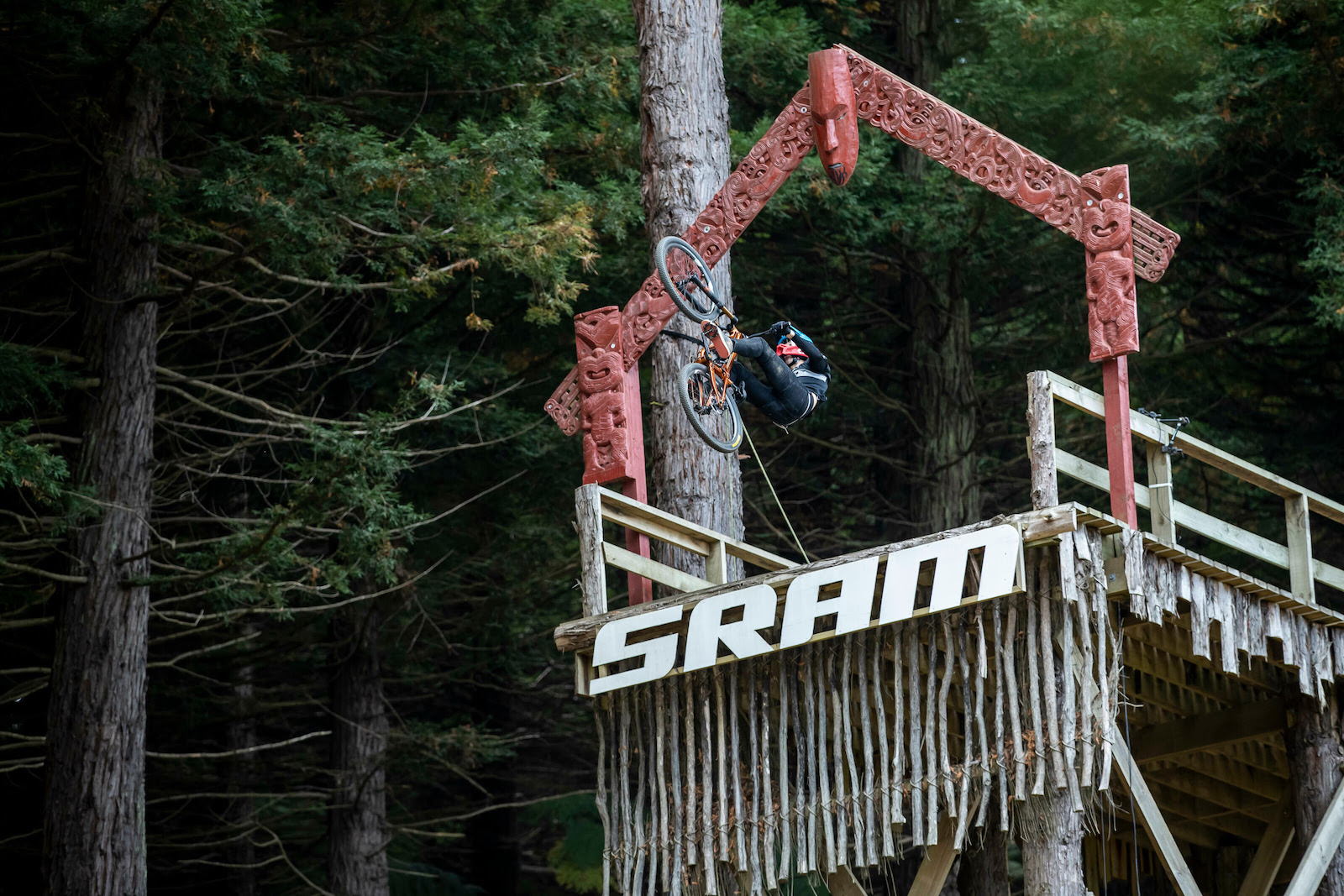 Today’s results also shuffle the King of Crankworx leaderboard. With points from today’s second place finish, Lemoine takes an early lead. But with a focus already spread over Slopestyle, Speed & Style and Pump Track, he says he’s trying not to give the overall prize too much thought

“I’m trying not to focus on that because I’m already doing three events, so I’ll take it one event at a time, do my best in each of them, and I’ll see how it goes at the end.”

Another year on Kelly McGarry’s course is in the books. The best slopestyle mountain bikers in the world now set their sights on Crankworx Innsbruck, with three months to take today’s results, build on them, learn from them, recover from them, and prepare to take them all to the next level, and beyond.