Devinci just announced the new Wilson 29 today, officially. It’s been on the World Cup circuit under the likes of Dakotah Norton and his teammates for some time now. The new bike adopts big wheels and continues to use Dave Weagle’s “Split Pivot” layout, utilizing 204mm of travel. With long reach numbers and 460mm chainstays, the bike is aimed at all out hauling. Check out the specs and details below… 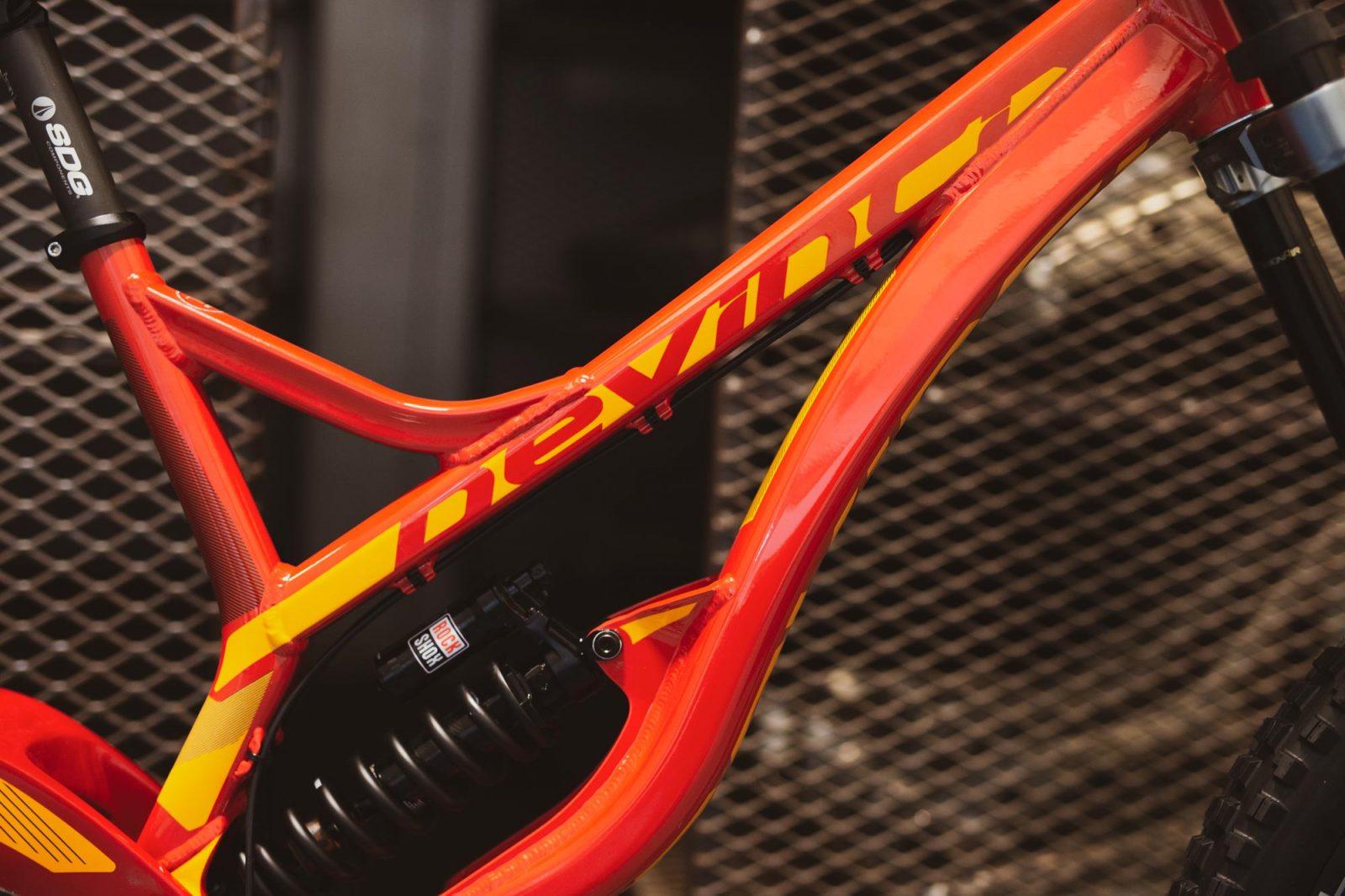 Like many brands, Devinci is debuting the bike in aluminum as opposed to carbon fiber. Well, mostly…the seatstays are carbon fiber. Depending on its success, they could eventually make some tweaks and later release a full carbon version…time will tell. 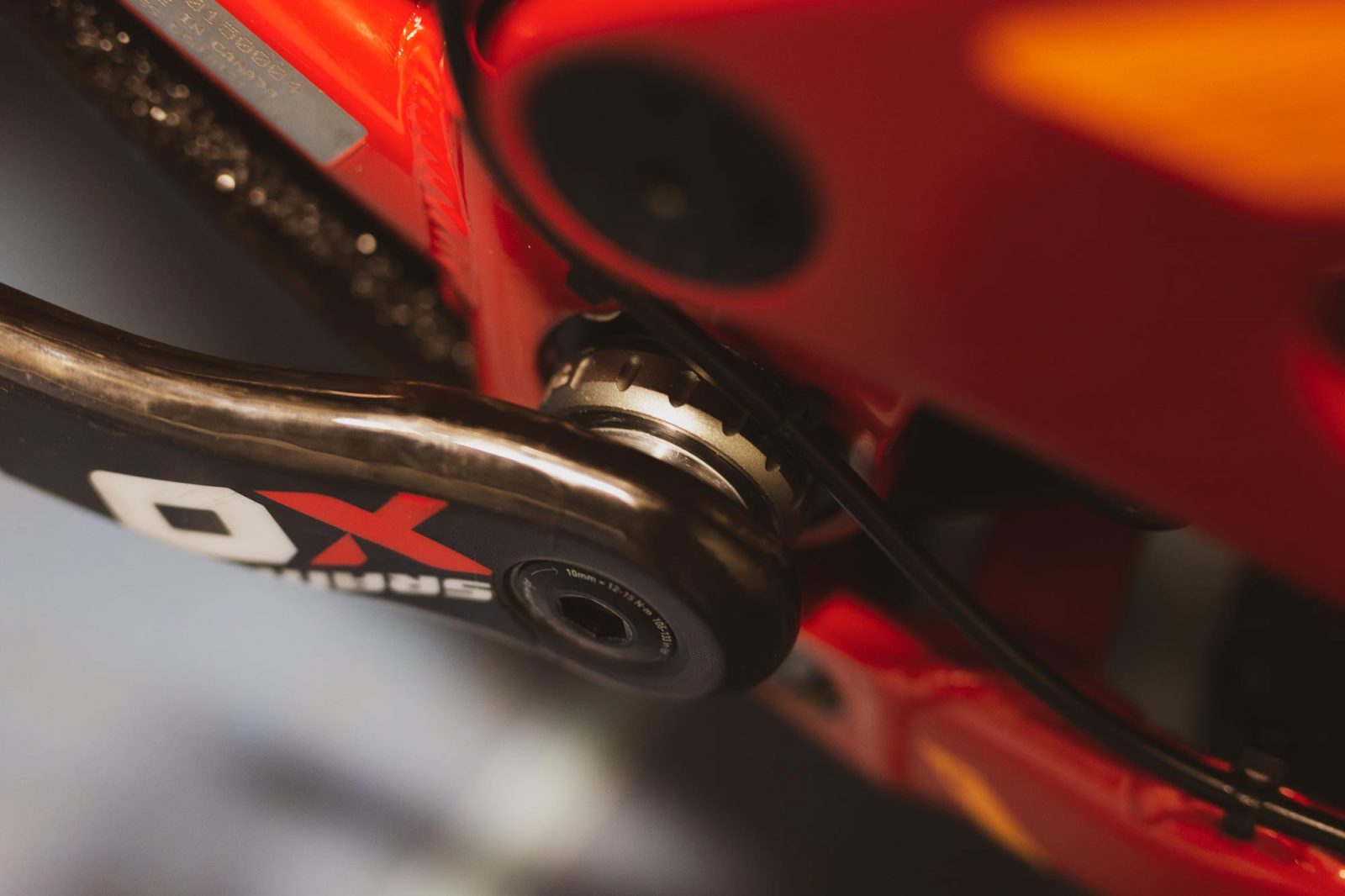 A threaded BB and an externally routed rear brake are a mechanic’s dream come true. This is especially true if you’re a privateer racer. 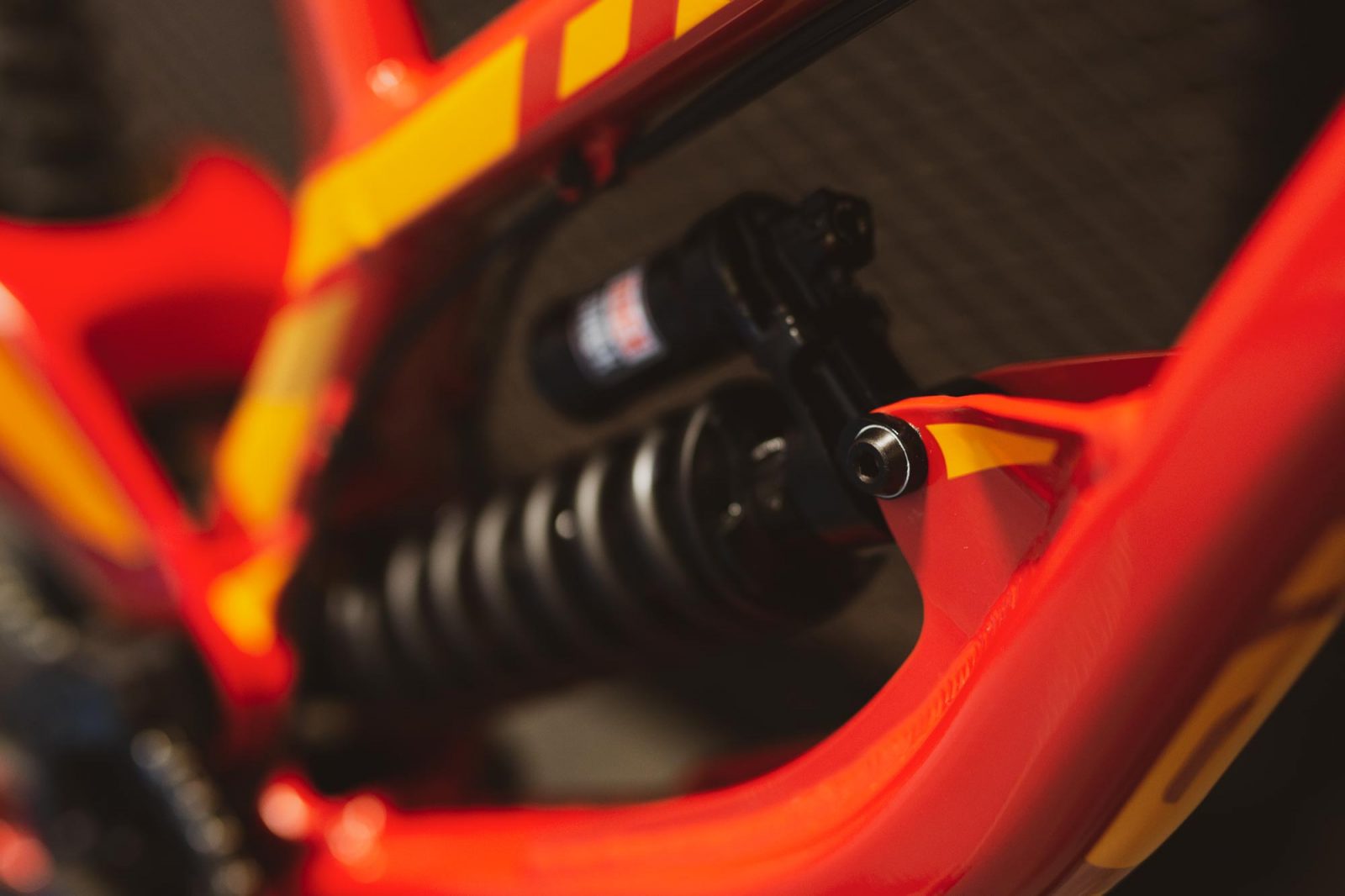 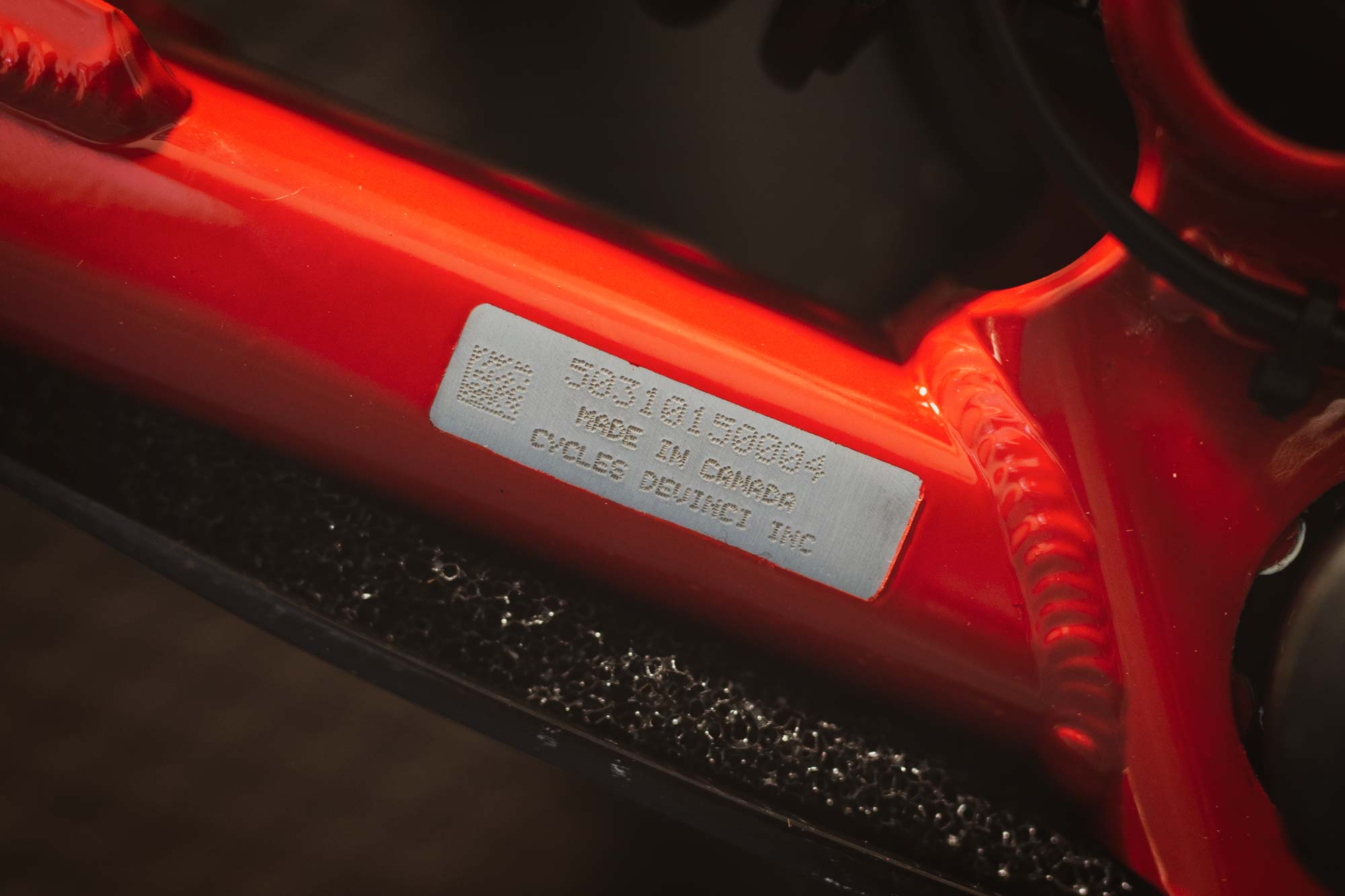 Sneaky moto foam to fill in some of the gaps. 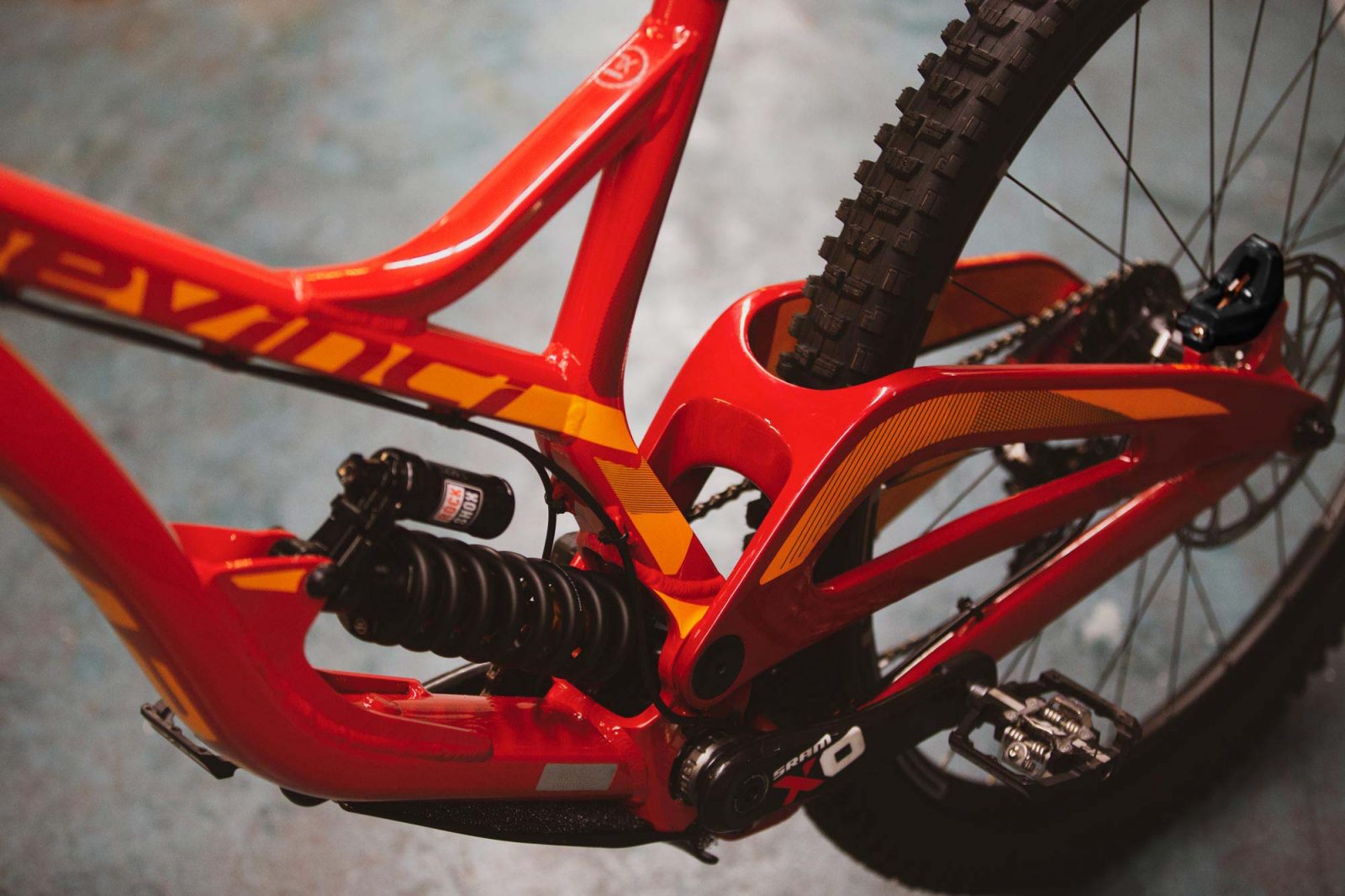 Devinci continues on with their Dave Weagle designed “Split Pivot” suspension platform. It features a rear pivot that’s concentric to the rear axle. 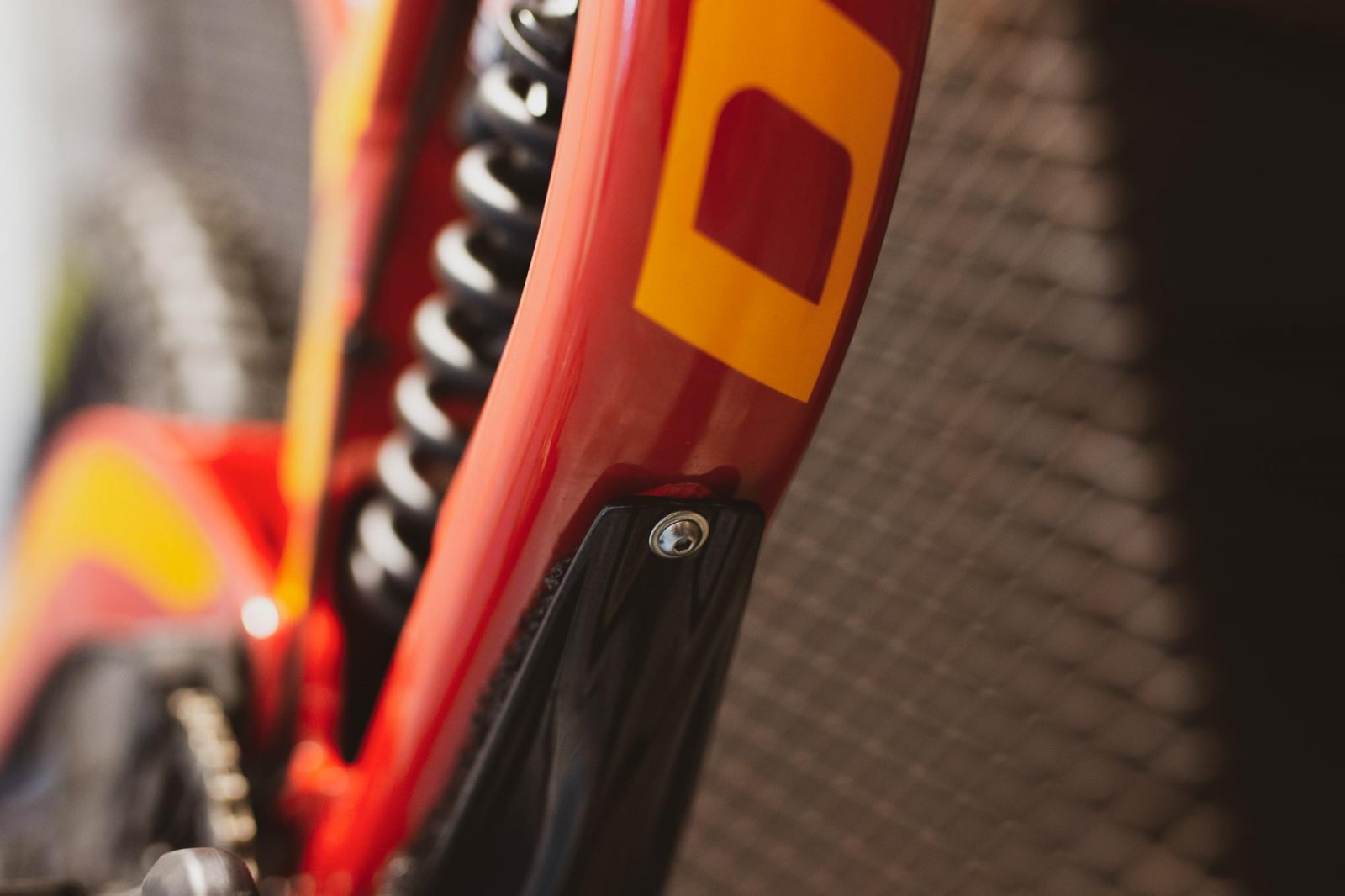 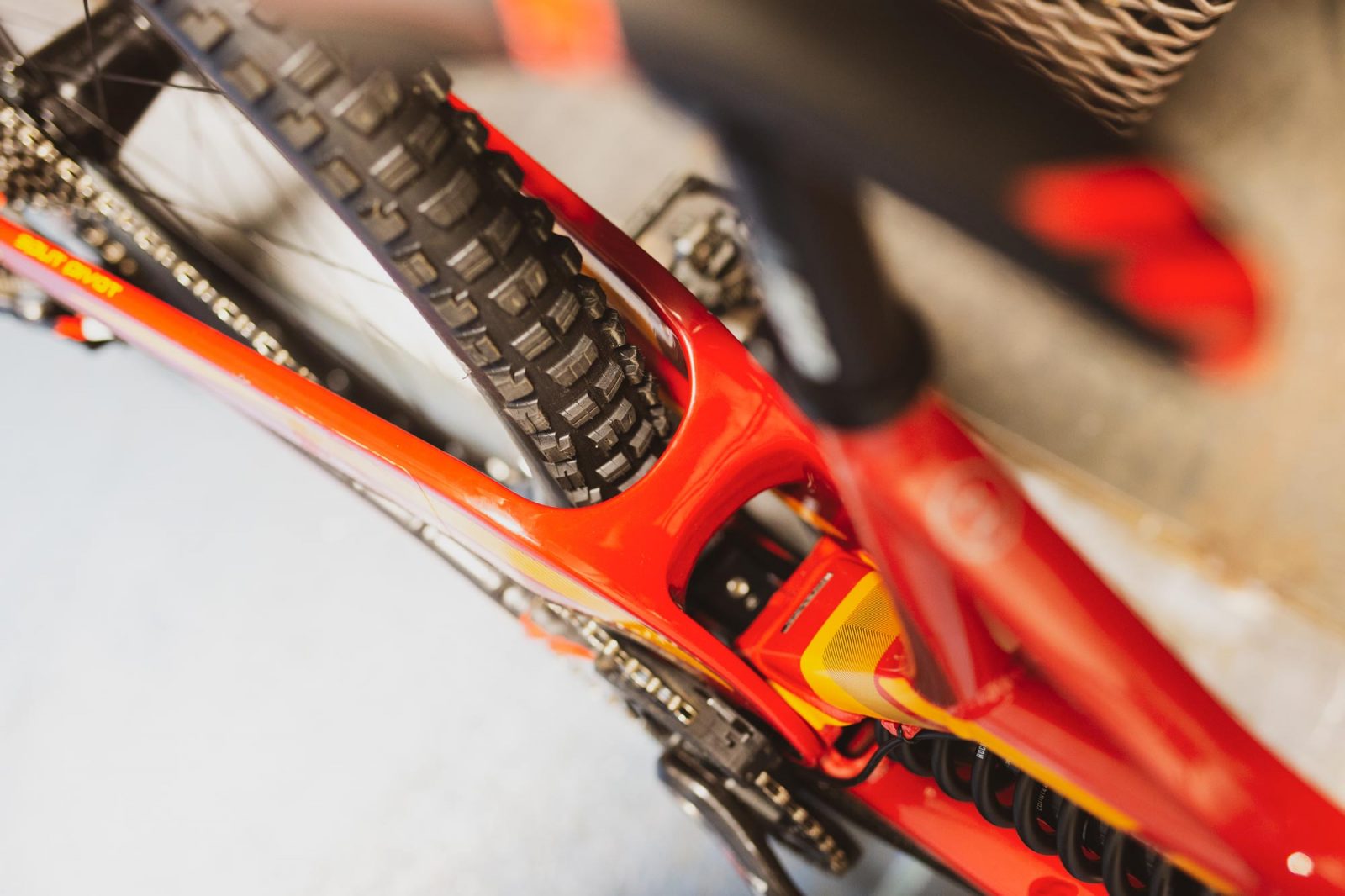 Loads of tire clearance out back…Up to 2.5″ 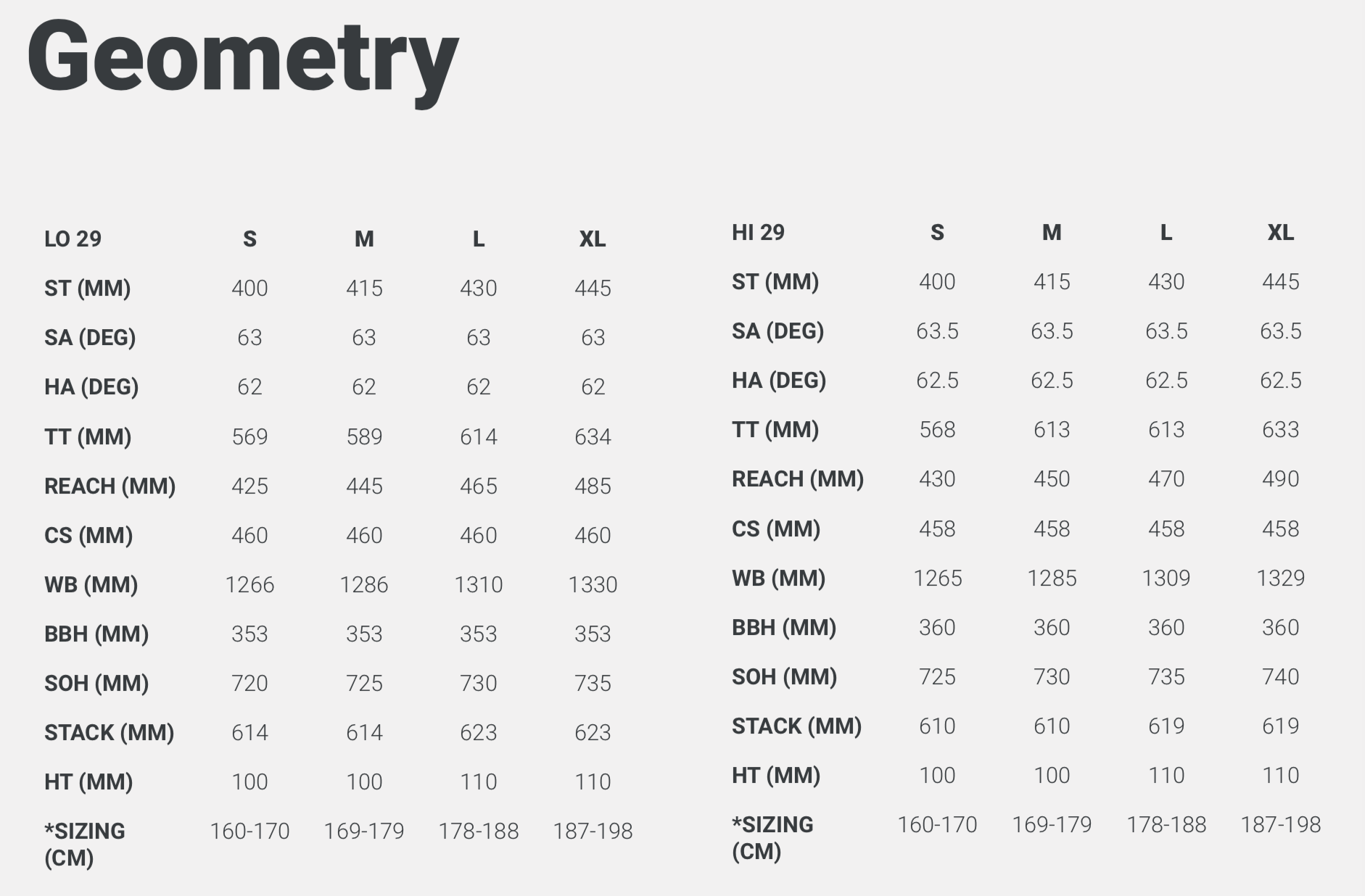 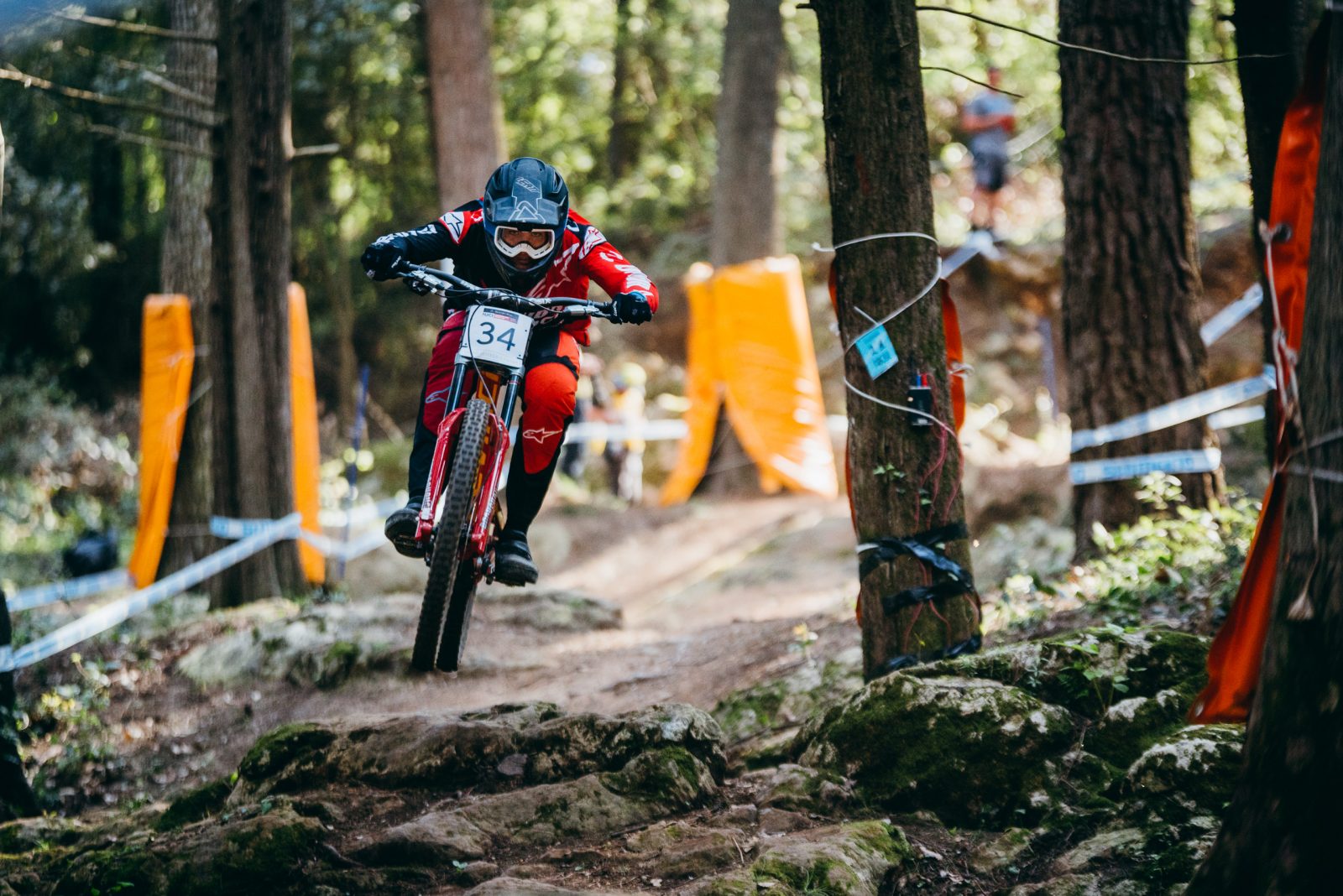 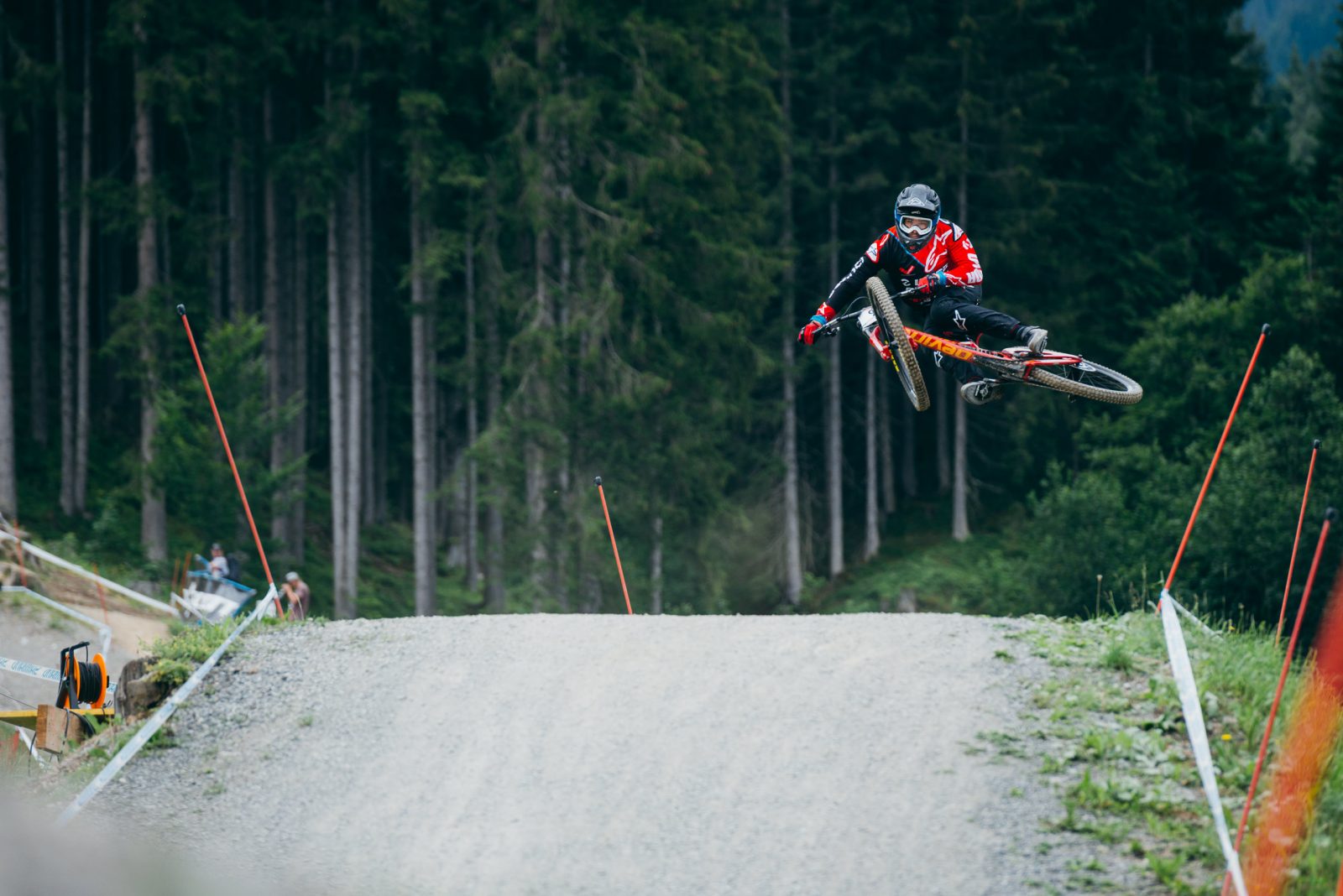 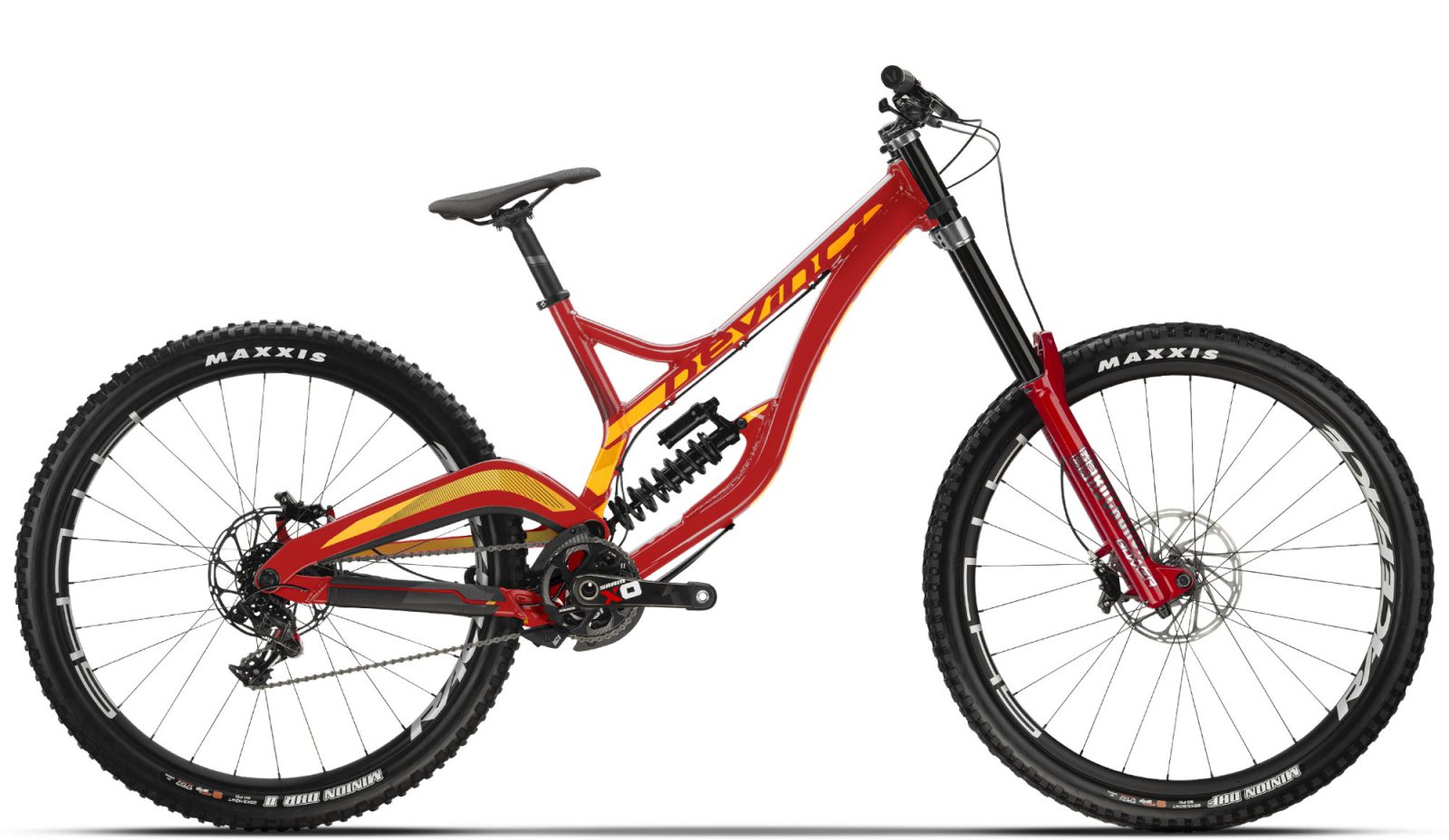