[ad3]
James Shirley one of the Dudes of Hazard and Radon Enduro Factory Team Rider is in Punta Ala, Tuscany for the first round of the European Enduro Series. James is one of a small bunch of professional riders that spend all their time on the race circuit.

James though does it in an easy style with his custom van. James also has a fully customized bike for training and racing. He gave us a quick look at his Radon training bike (and a brief look in is van) at all the latest tweaks he has, James was quick to point out that his race bike in the works and it will have some further differences and mods. 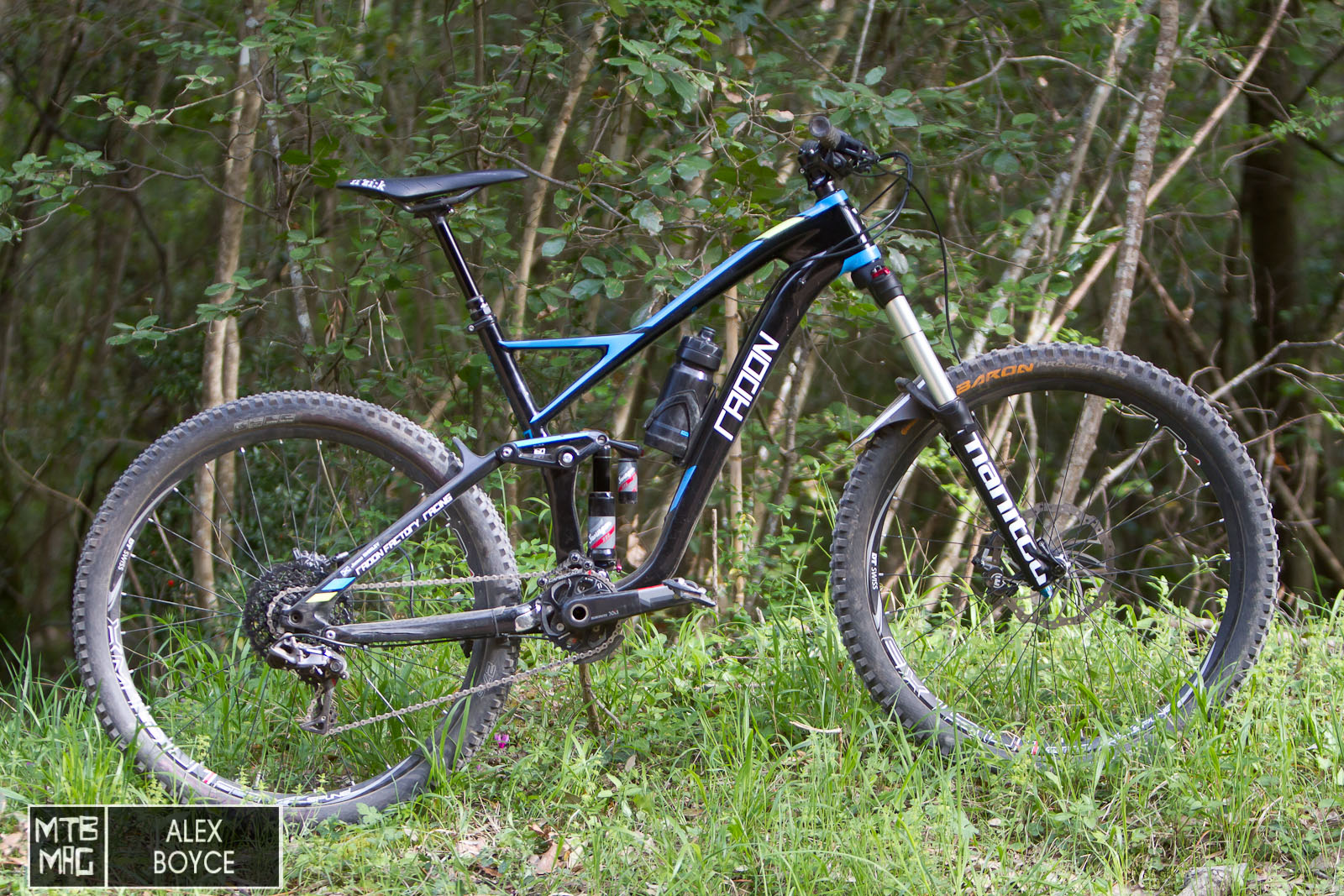 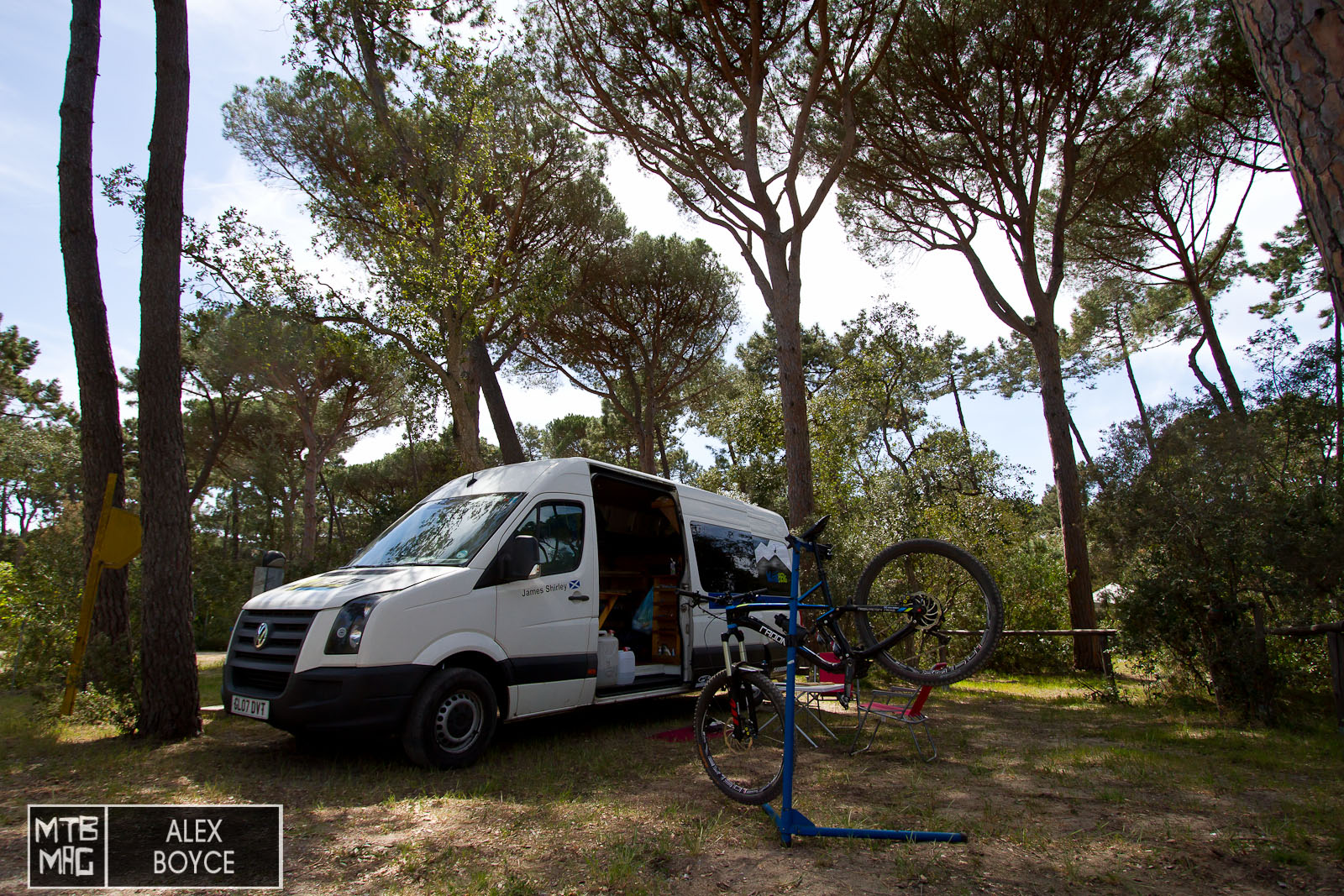 James’s Van parked up at Punta Ala Trail Center and camping resort, the location of the start and finish of the European Enduro Series race. James sorting stuff in his van. Notice all the different features, maybe we will do a van check? That is a Scottish flag. No English here please… 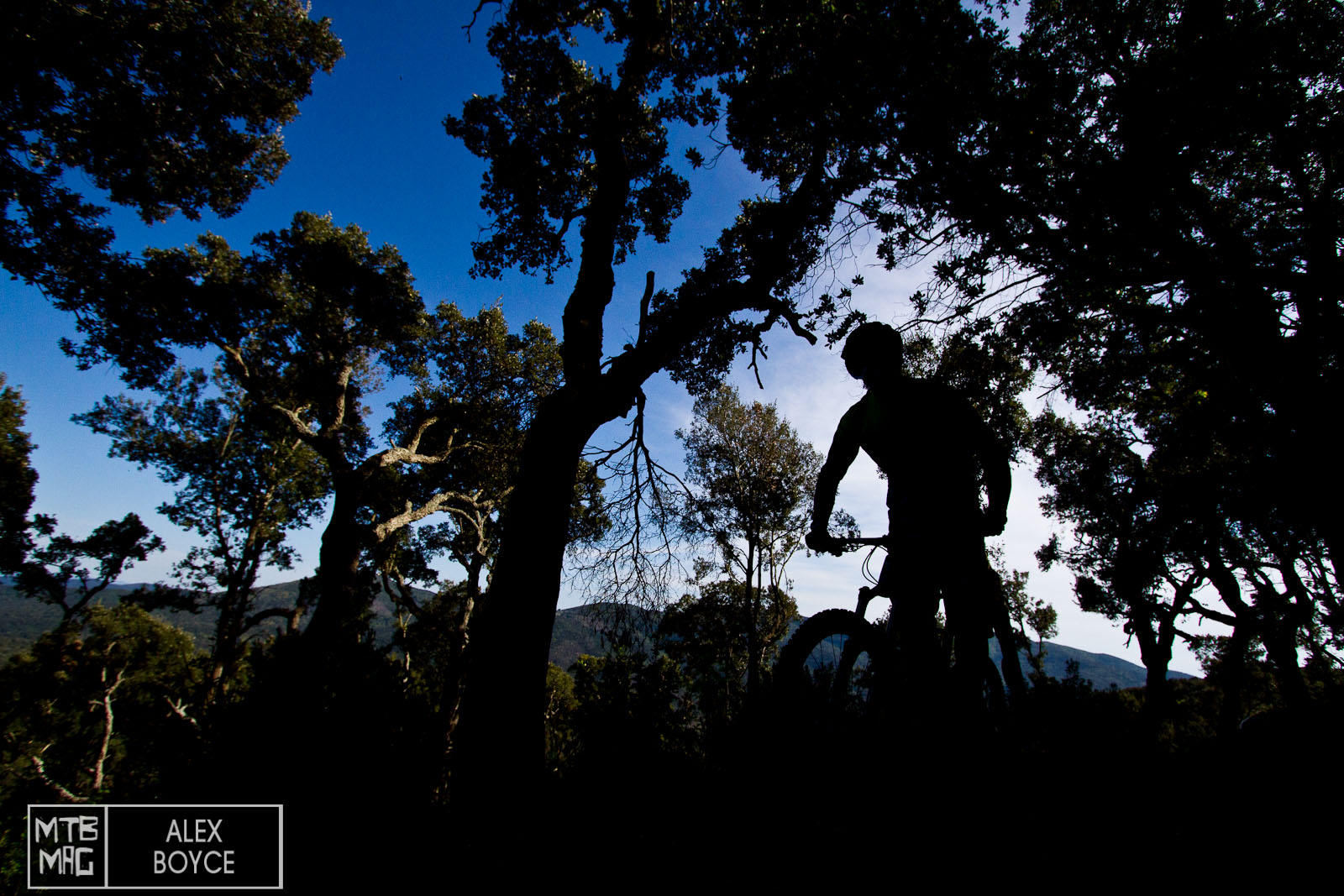 James training on a falt XC trail with the hills of Punta Ala just visible through the trees. 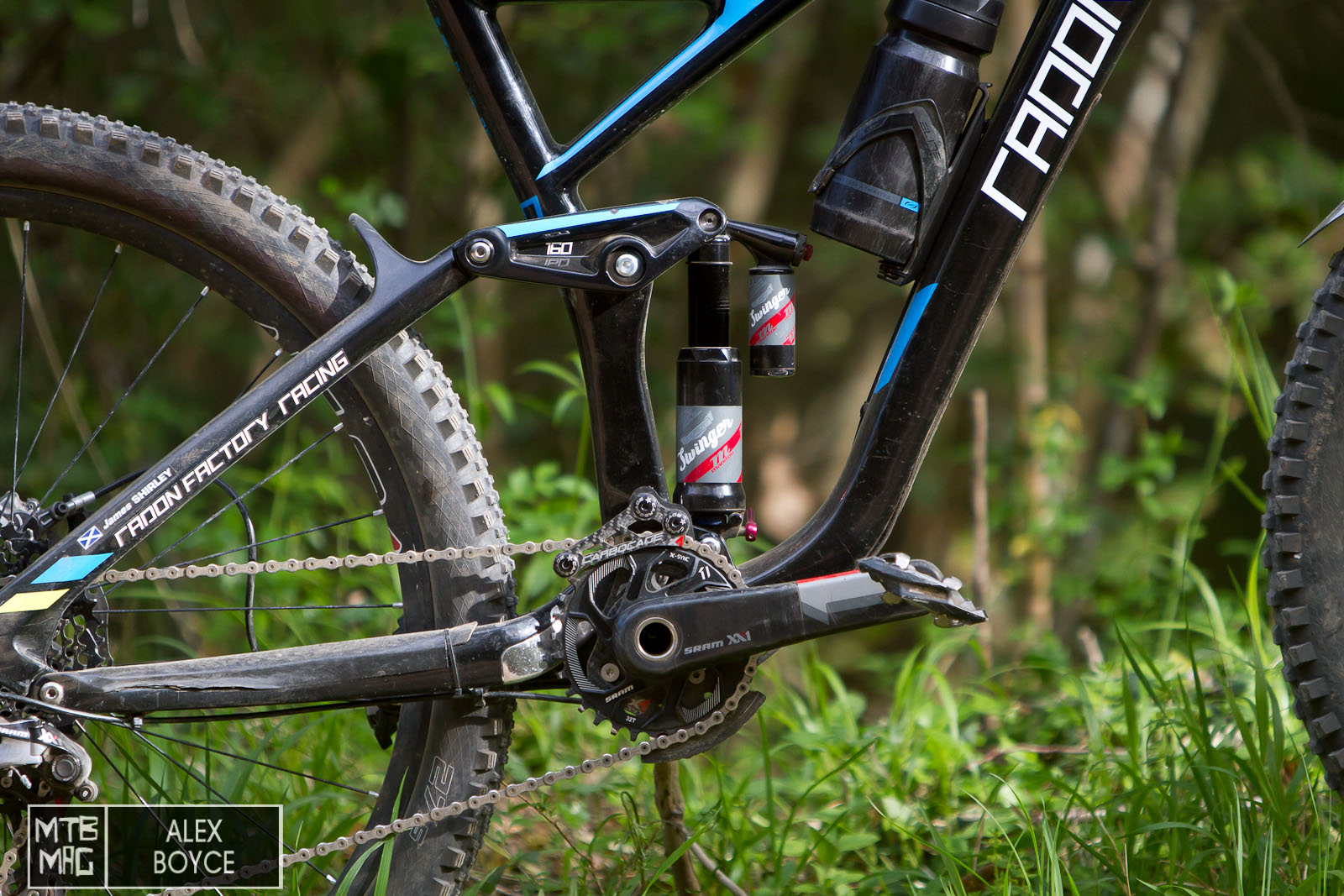 The details start here, James is sponsored by Manitou. His rear shock is a swinger, by Manitou. 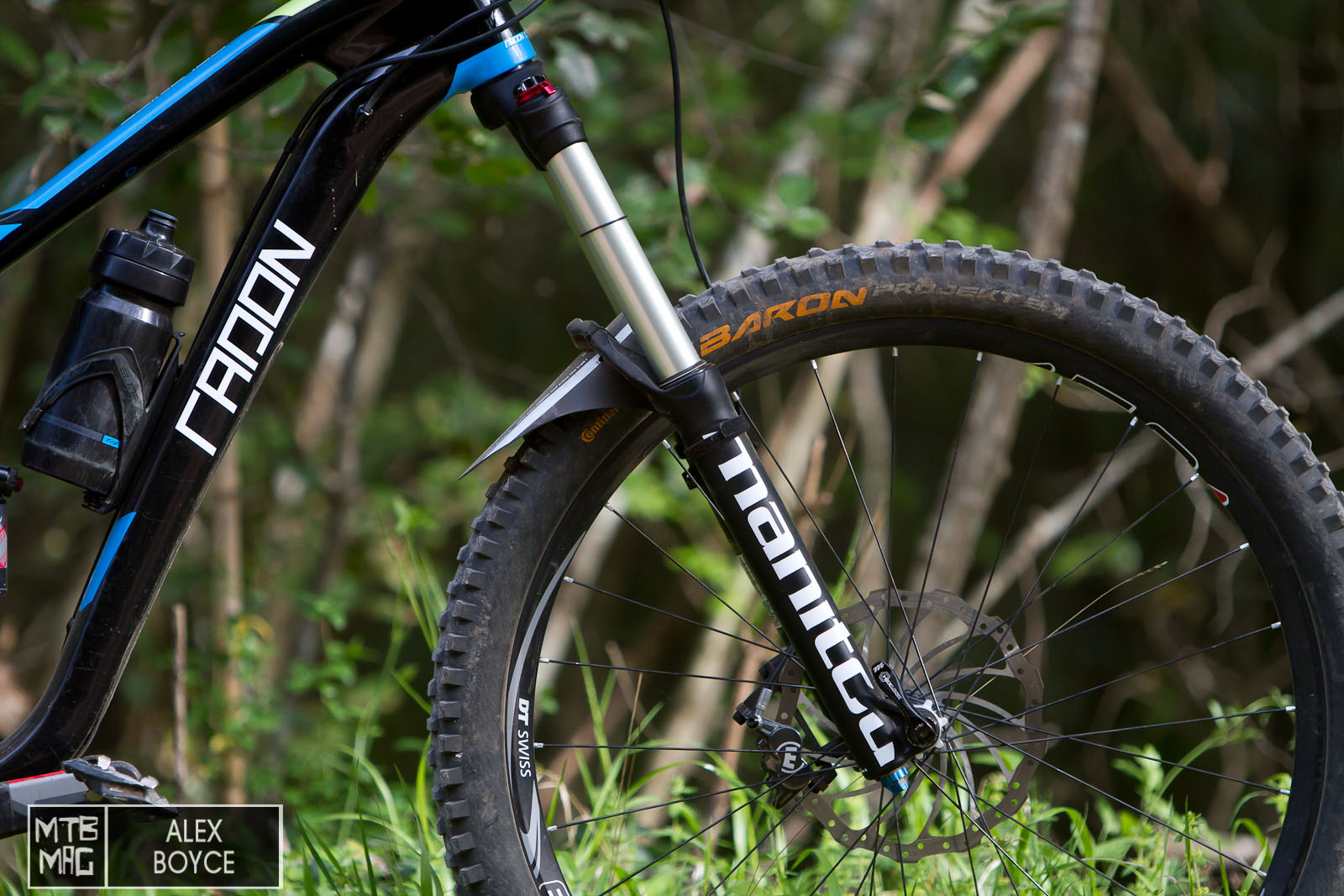 A short stem and carbon frame. 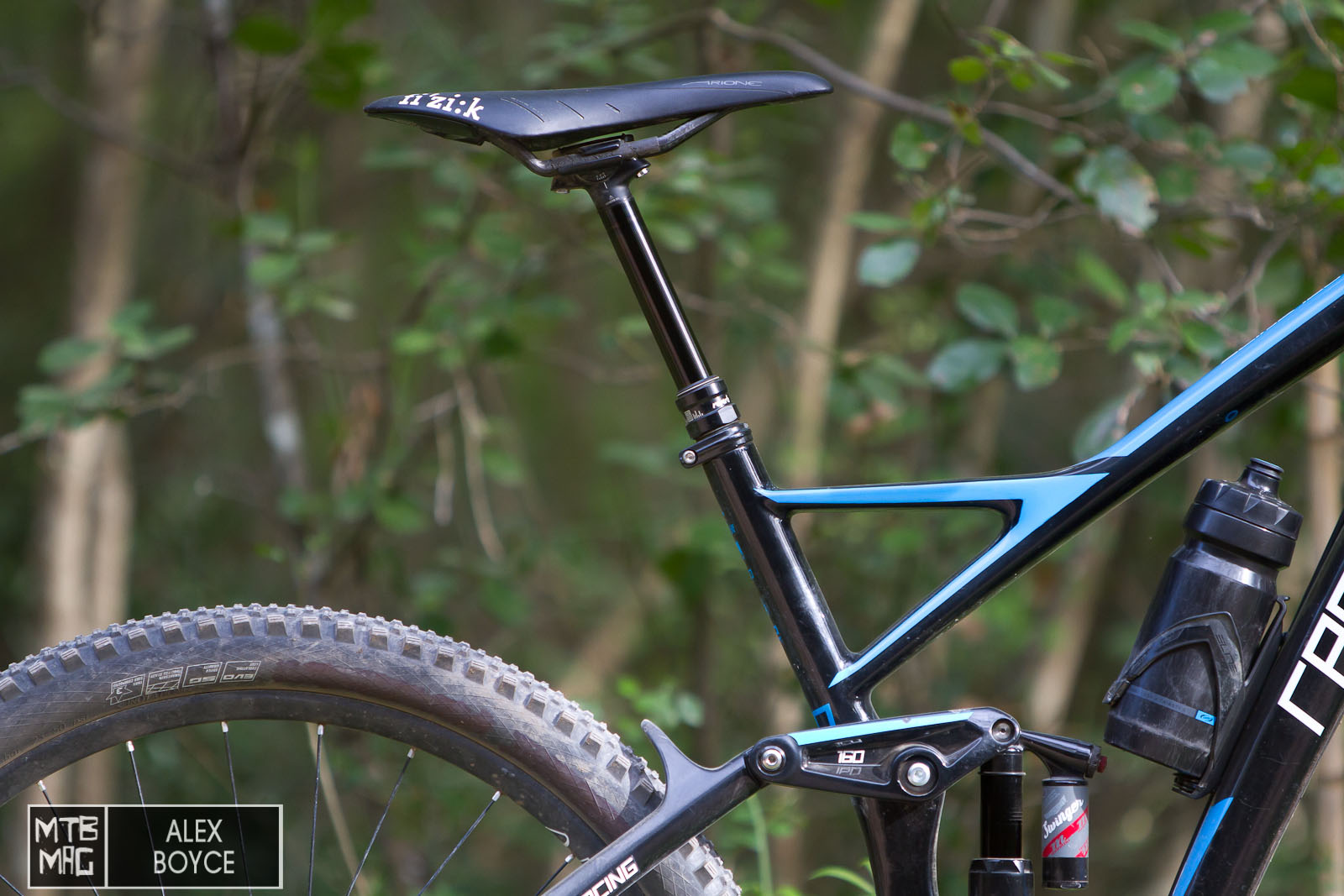 This is where the moding starts, James took a large frame, then cut the carbon seat tube down (with a saw) and put a shorter 5 inch seat post in it. James likes the longer than normal top tube he gets by using a large size. The bushing in this shock is off centre, the idea is to lower the bottom bracket a touch for more stability at speed. 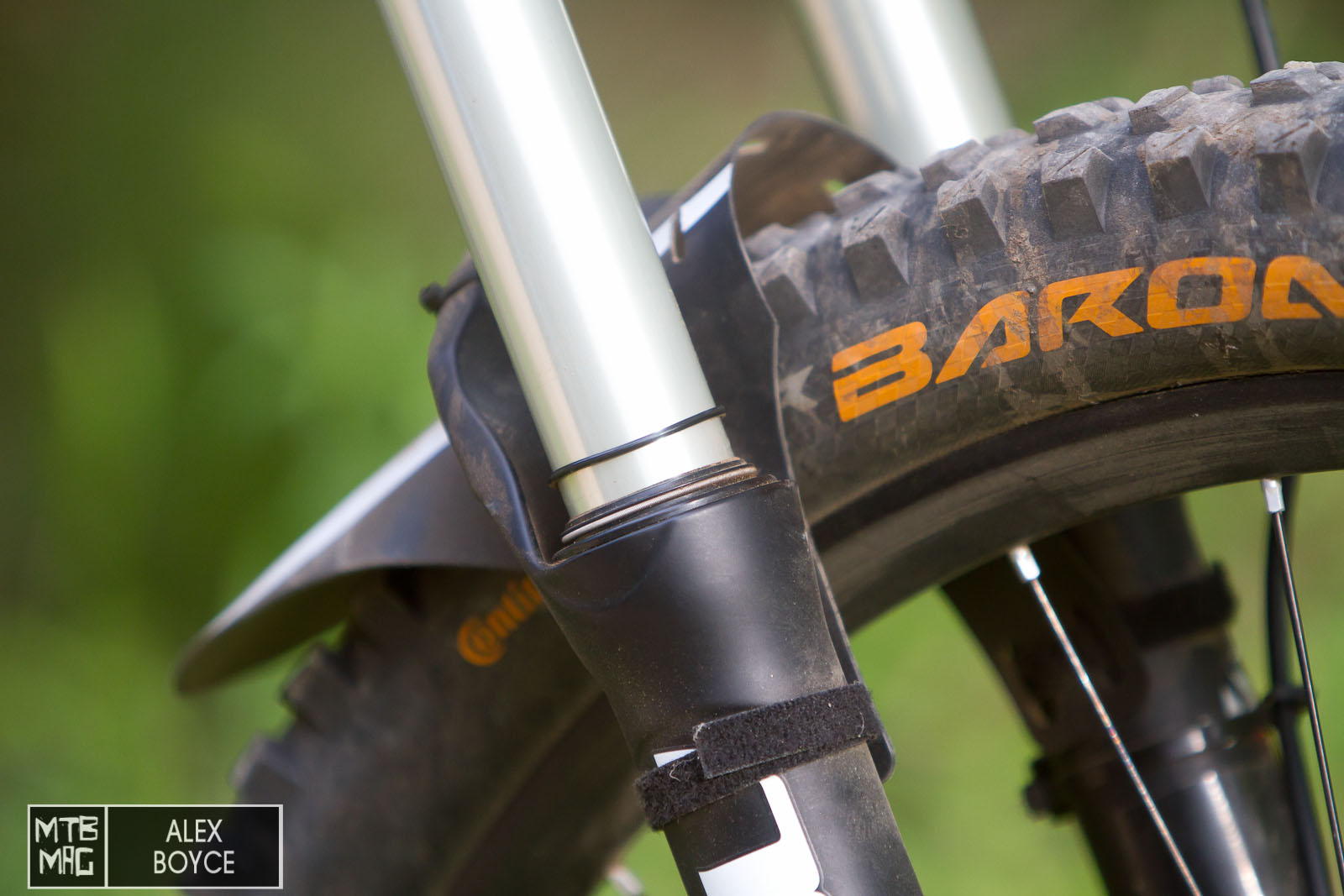 This is how much sag James runs, yes, that’s about 10 percent… Sneaky bash guard, sees some action it looks like. Another mod, James was fed up with breaking his derailleur when he hit objects, and then trashing his gear hanger bolts and wheels etc, as the mech gets caught up in the wheel. So he made a custom gear hanger bolt out of indestructible titanium. Now the derailleur will snap rather than take out any other parts. A close up shows the bolt, James also glued it in position as to make sure there was zero movement. James said that with a 1×11 system everything has to be dead perfect and adjusted perfectly on the drive train otherwise when you put down extreme amounts of power  gears can mash badly and chains snap as tolerances are closer with the 11 speed system. James has drilled bigger internal cable routing holes as to allow a full run outer cable for the gears to ease swapping out gear cables. The continuation of the outer down the chain stay. This small bottle holder spacer stops his shock whacking his bottle out of it’s holder. The bite point is set here on is Magura MT7 brakes. It’s not what is on the outside, it is the rim tape on the inside. There are 7 wraps of tape around the rim to make sure the tyre cant move or fall off. James commented that when sliding hard on corners and putting power down, that without the tape the tyres can roll off due to extreme sideways forces. The tape stops that happening. Lastly James showed us his cut grips as he wanted to tune his hand position easily. So he cut the outer clamp off the grip.

[Video] A Drop In The Ocean