Munich, March 5th, 2015 – Since the inaugural Ziener BIKE Festival Garda Trentino powered by Mini, innovation, development and progression have been the keys to success of the three-day mountain bike event. In 2015 and for the first time in history, the growing branch of e-biking finally gets its share with the first ever eMTB Marathon epowered by Bosch presented by Flyer. “Thanks to the implementation of an extra classifier the marathon event gets an additional exciting and competitive atmosphere,” says Claus Fleischer, Senior Vice President Bosch eBike Systems.

“e-mountain bikers can now lock horns with others in a marathon situation – just like in traditional mountain bike races. But despite a competitive situation it’s all about the fun at first.” 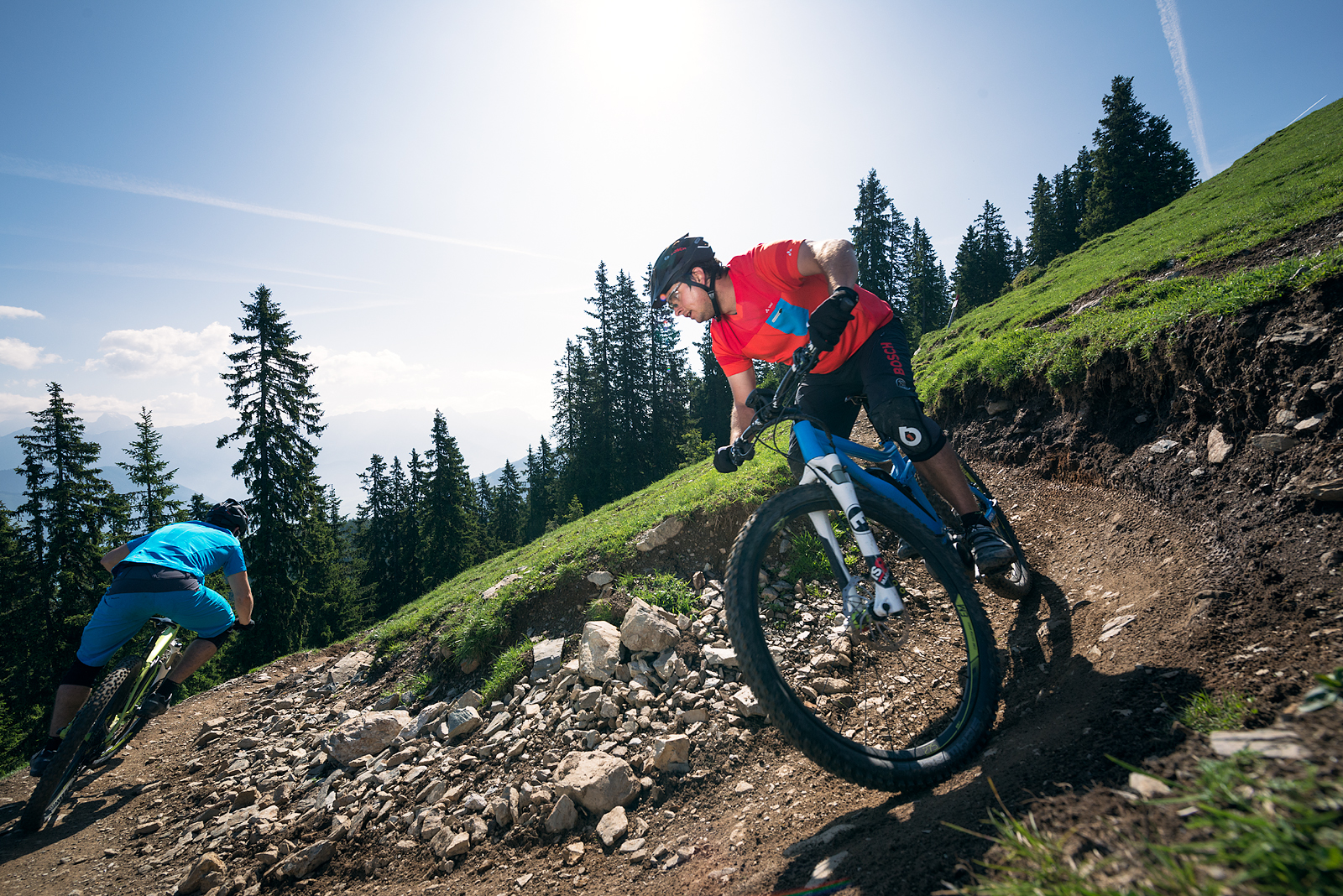 With e-bikes and pedelecs with a maximum speed of 25 km/h and a maximum support of 250 watt allowed to enter the competition, participants, however, will work up quite a sweat when riding the 28.63 km long Ronda Facile which is peppered with some 702 metres of climbing.

“What the most people don’t know is that e-mountain biking is also quite exhausting because the motor only starts if the rider is pedalling. There are still a lot of blank spots to be filled with information.”

The easiest way to do so is to test ‘epowered by Bosch’.

Visitors of the Ziener BIKE Festival Garda Trentino powered by Mini can experience the e-ride in Riva del Garda on a ten kilometres long test track exclusively reserved for e-bikes or when joining a guided tour.

Bosch experts and qualified guides will be on hand and share their knowledge anytime.

“We support events like the festival in Riva because of its great atmosphere, which is perfect for everybody to find out which specific set-up would suit him or her best,” Fleischer whets appetite for the traditional kick-off of the European mountain bike season.

From May 1st to 3rd, Flyer will also be part of the festival in Italy with a booth on the expo area.

The e-bike pioneer from Switzerland is an official partner of all e-biking activities at the Ziener BIKE Festival Garda Trentino powered by Mini. Alongside Bosch, Flyer will offer festival visitors exciting activities with the e-bike.

The registration for the eMTB Marathon is already up and running online: www.online-registration.de.

In just three years, Bosch eBike Systems has grown from a market newcomer to the leading brand. Established in 2009, its initial focus was on technological development of products and systems. In summer 2010, Bosch made its debut at the Eurobike trade show introducing its newly developed eBike drive system. Serial production followed one year later.

Flyer e-bikes are made in Switzerland ever since its prototype called ‘red buffalo’ kicked off things in 1993. Since July 2009, the multi-decorated brand is located in Huttwil whilst focusing on a high level of reliability, easy handling and customer-specific features.