Last week, we had a chance to stop into San Diego to shoot the Athertons for their 2015 press launch. While we were hiking up the hill we got a quick sec to pick Rachel’s brain on 2014, 2015, training, chicken broth, winning and tanning. After the shoot was all said and done we had a few minutes to also get some close ups of her GT Fury. Press Release image of Rachel getting pinned in her new kit. For 2015, the Athertons partnered up with 3 new brands… Saint all around with a Shimano CD50 chainguide. You don’t see these guides around much but they seem to work quite well and keep the weight down. Shimano Saint drivetrain with a 7 speed modified cassette. 7 speed cassettes seem to be a common choice these days amongst the pro gravity crowd. Despite trying to get her seat forward, Rachel opts for the longer 50mm reach on her direct mount Shimano Atherton Pro stem. Shimano Saint and more Atherton bits. Bar and Grips. We like the lock on grips that lack the outer clamp. Riders who grip the bar a bit wide tend to prefer this style. Only a couple small spacers between headset and top crown help keep the bar low! 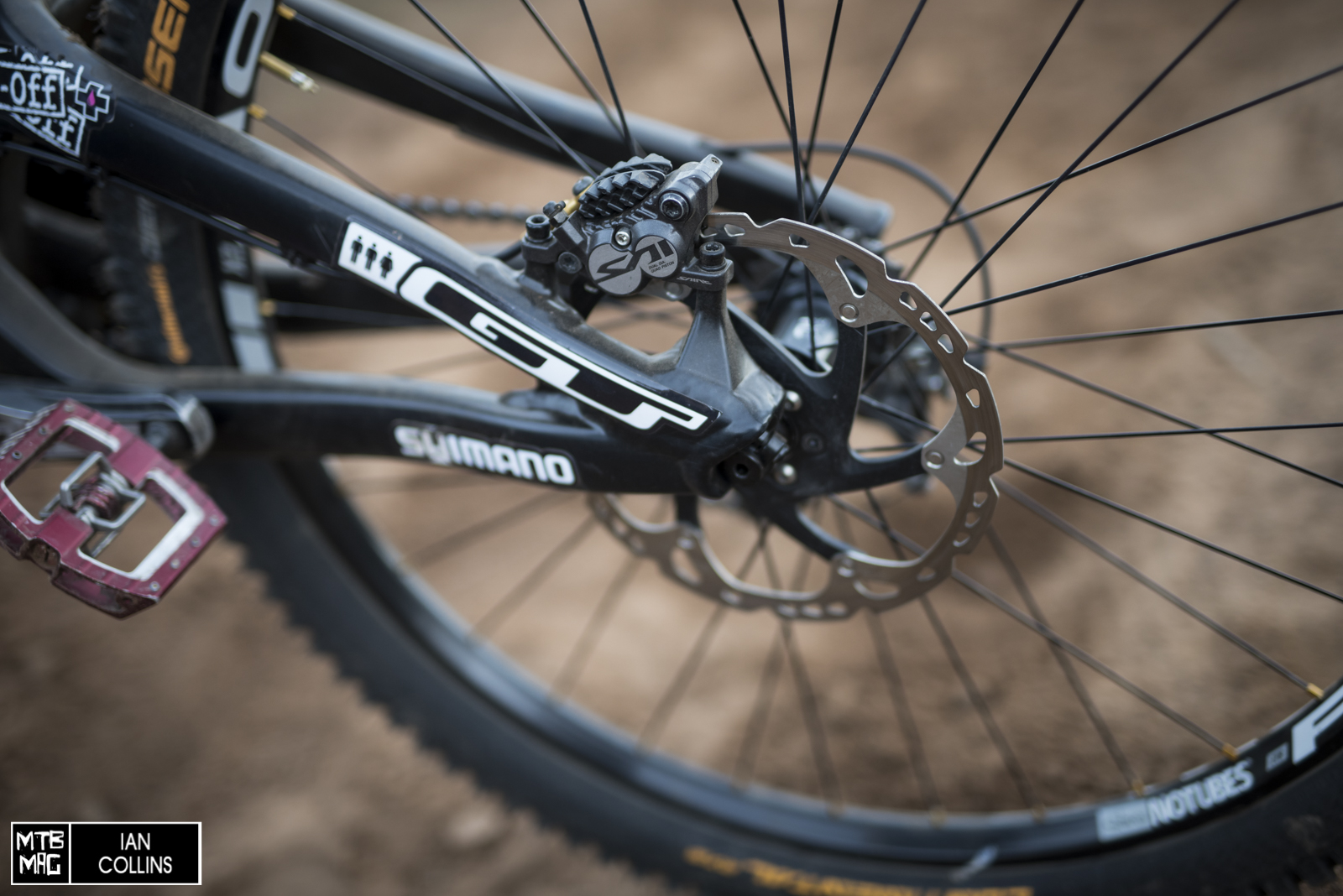 A closer look at the linkage. It isn’t used to modify the shock rate, but rather just helps stiffen things up. The Fury is one of the burliest, stiffest DH bikes on the market. BUSTED! We caught Rachel mid selfie. Someone needs a selfie stick to fit her bike in the pic. Thanks for taking the time to chat with us Rachel – enjoy the rest of your training in So-Cal and best of luck in 2015.

[Video] The Best of Michelin Riders 2014

[Photostory] From The Volcano To The Sea