Swatch Rocket Air 2018 is officially in the books and Matt Jones is back with a vengeance, showing the Slopestyle world that he’s got what it takes to compete against the best of the world, dethroning defending Swatch Rocket Air Champion Nicholi Rogatkin and sneaking ahead of Sam Pilgrim, who was eyeing up his third Swatch Rocket Air win (and was one run away from doing so). 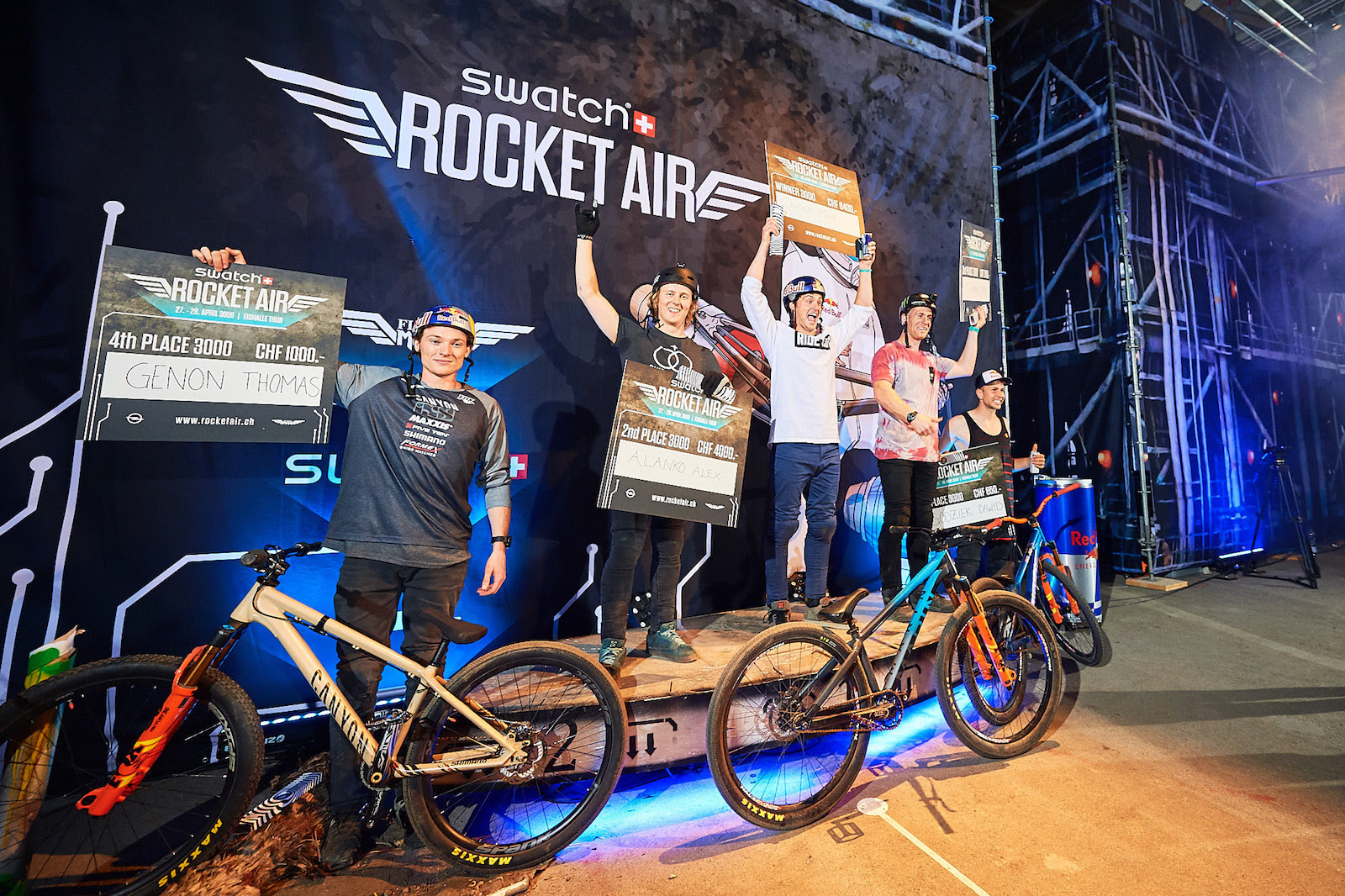 Right from the get-go, Rocket Air fans were treated to frenzy of rotations, flips and technical tricks. Antonin Honore set the bar high as the first rider to drop into the finals with a very clean Cork 720. From there on, there were plenty of fireworks going around, with Nicholi Rogatkin even throwing a sketchy cash roll on the step up, but landing it nonetheless.

While the first round was already witness to a high level of riding, the second round was all or nothing for a lot of riders, with many of the top dogs crashing in their first run. Torquato Testa, Tomas Lemoine, Diego Caversazi, Lukas Knopf and Paul Couderc were all part of the “All or Nothing” group, giving it their all in the second round, but ultimately still falling short.

This opened up the stage for young Swedish rider Alex Alanko, a rider who was silently climbed his way up the ladder over the years. As one of the last riders down the course, and with veterans such as Matt Jones and Jakub Vencl already waiting at the bottom with scores into the 80’s, Alanko had to turn up the heat, which is exactly what he did.

Top to bottom, he started things off with a 360 barspin on the flatdrop, an opposite cork 720 and a tailwhip to barspin to finish off the first part of the course. After taking a breather and waiting for the all-clear to drop in, he continued in spectacular fashion, doing a flatdrop oppo 360, a cork 720, a double tailwhip on the quarter, a 360 triple barspin on the spine and topping it off with an oppo tailwhip – a 87.00 run that would see him climb into second place.

The two best ranked riders at Swatch Rocket Air, who have not qualified for the upcoming Crankworx FMBA Slopestyle World Championship Event will be heading to Crankworx Innsbruck in Austria taking place on June 16. The cut-off for Innsbruck is May 7 and the FMB Wildcard winners will be announced May 8.