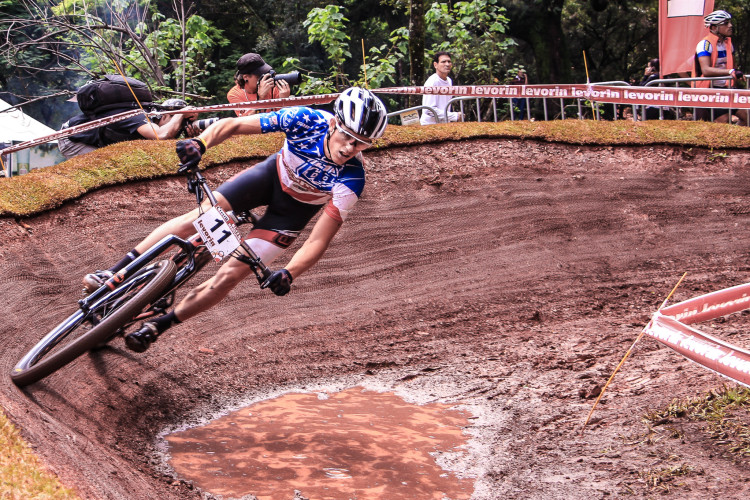 Mud and Crashing at the Copa Internacioal

From the time Todd Wells and I headed over to breakfast on the morning of the Stage 1 time trial, the skies looked ominous. It wasn’t a matter of if it would rain, it was only a matter of when and how hard it would hit.

Just two days prior to the start of the Copa Internacioal MTB race, we headed to Araxá, Brazil from Tucson, Arizona. The 24 hours of travel went as smooth as they possibly could have. Our flights were on time, the equipment arrived with us, and our shuttle driver greeted us as soon as we exited the Uberlandia Airport baggage claim. 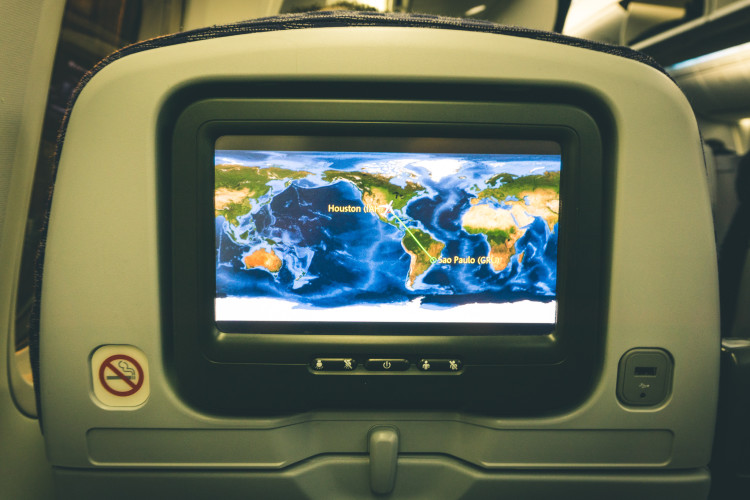 Why go all the way to Brazil for a race? Well, for me, the race served as an important stop in securing additional UCI points needed to help improve my start spot at the first World Cup of the season. For Todd, the race was an opportunity to get some race intensity in his legs and see a new part of the world.

The race held SHC categorization, which only a handful of other races in the world share. (The others being Cape Epic and the Cyprus Sunshine Cups) This brought in plenty of heavy hitters from all over the world — most seeking UCI points for Olympic Qualification.

Situated about 500 kilometers northwest of São Paulo, is the host city of Araxá. While Araxá is a relatively small town (pop 100,000) the race draws close to 30,000 racers and spectators, selling out all of the local hotels in the process.

Stage 1 was a time trial encompassing one lap of the cross-country track. With a 2:11 start time, I began my warm-up around 1:30 under thunderheads looking to unleash at any moment. In general, “South American time” can be a bit unpredictable, and this held true with the time trial. The elite men flip-flopped times with the women, and I was told that our start time was, “in about 40 minutes, so between 2:30 and 3:00. But probably closer to 2:50.” Not exactly Swiss time.

Just as the last women started, a light sprinkle started coming down. It quickly progressed with each of the men heading out on course, and by the fifth or sixth guy, it was a full-on downpour. The storm that had been brewing all day was finally unleashing and holding back nothing. I set out on a course entirely different than the one we’d pre-ridden earlier.. Rivers flowing down the trail, mud everywhere and a constant downpour made things interesting, to say the least. Todd and I both felt a little timid in the sloppy conditions but still had descent times — 12th for me and 19th for him. Time to clean the bikes and do it all over again. There wasn’t a single part of the bikes or us not covered in mud. 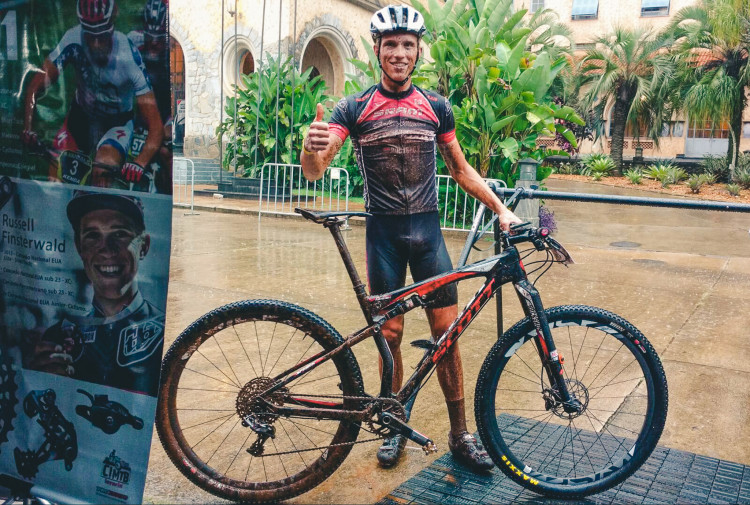 Stage 2 started bright and early with qualifying for the short track. I’m still not a hundred percent certain of how all of the logistics were sorted for that, but Todd and I finished 4th and 5th in our qualifying heat (28 minutes), which sent us to the finals. Men’s Short Track finals were held after the women’s event, which was to be held after all the men’s qualifying races were completed. So, with a time window of more than one hour, we pretty much just spun around to stay warmed up… By the time finals rolled around, I was feeling more ready for lunch and a naptime than actually racing. My race felt like an eternity of suffering for a mediocre result, but Todd rolled it in for a solid 10th. The “Short” Track finals were nearly 40 minutes for us. In the States they are normally around 25 minutes, so the added suffering was a good deposit of intensity in the fitness bank. 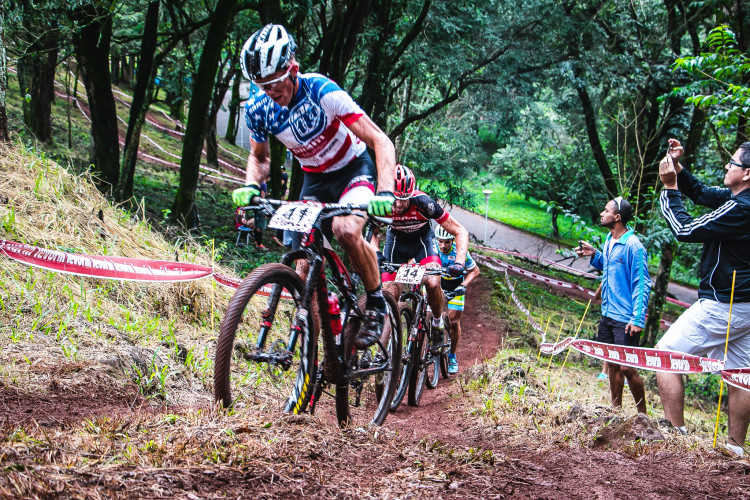 The early morning short track meant early to bed prior to the cross country. Luckily, we weren’t racing until 2:00 p.m. that day, which gave us plenty of time for some beauty sleep. A morning spin around the venue was a good insight into just how many people were there to spectate the race. There were cars lined up alongside the road into the venue for a few kilometers. Awesome to see, and we still didn’t race for more than four hours. 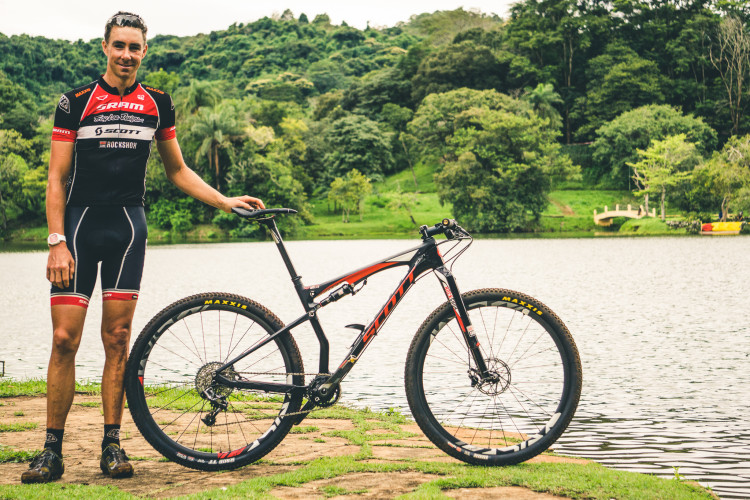 Stage 3 was the last stage, and both Todd and I had high hopes of getting ourselves into the top 10. Thirty seconds into the race, though, that hope was quickly washed away, as I was taken out by another rider in only the third corner of the race. Not ideal at all.

By the time I got up, got my bike turned around — not an easy feat when 70 other racers are battling to get around you — and forced my stem back straight-ish, I was the last guy on course. The only people behind me were the follow motos watching the gringo get himself back together. I made my way to the tech zone, straightened my stem again, tightened the bolts and began the day’s mission of passing as many people as possible.

It’s never ideal to race from the back, but it does have a motivational twist when you are passing a lot of fellow competitors. On the penultimate lap, I saw Todd in the tech zone making a wheel change. He was riding in 8th when he flatted. I made it up to 23rd, by passing 70 people out there. 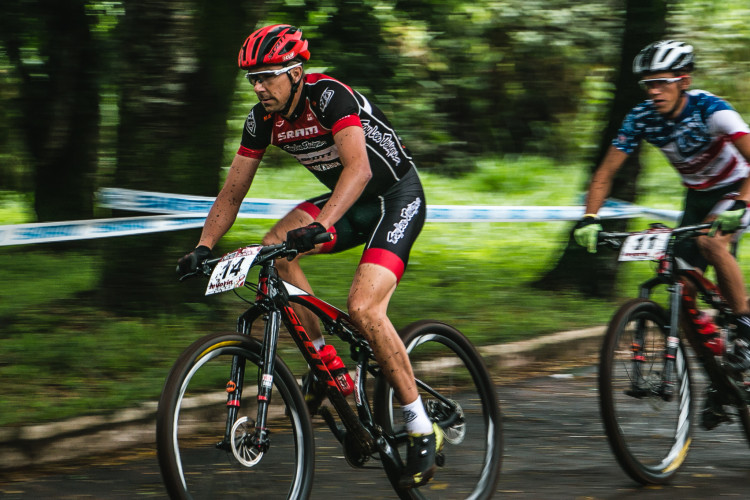 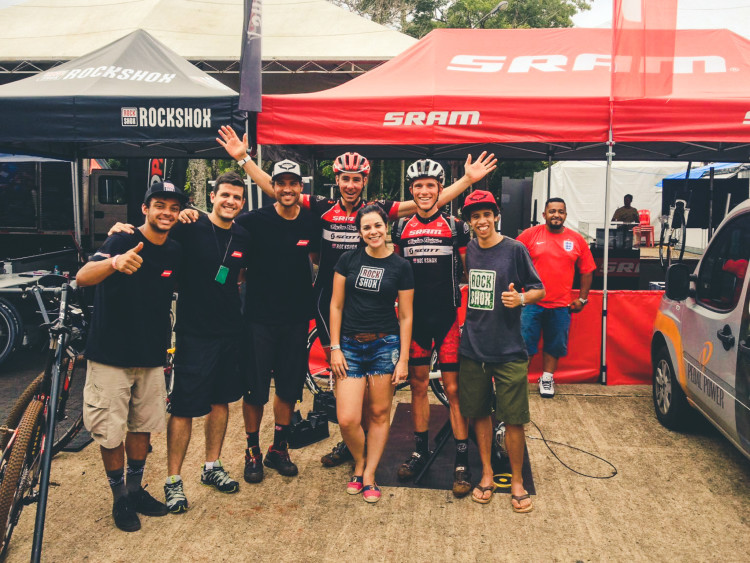 Todd and I finished 17th and 18th overall. That’s not how we’d hoped to complete the weekend, but there were still some positives to take away from it — I scored a fair amount of UCI points, we made some new friends along the way, and we got to see a new and beautiful part of the world. I’ve always loved visiting South America, and visiting Brazil for the first time just reconfirmed how unique and wonderful it is. The food, the people and the culture are all things that fascinate me. Hopefully, this year is filled with a couple more trips to South America. Pan Ams is in Argentina this April and the Olympic Games are in Rio de Janeiro this August. For now, it’s back to Tucson to get back to work. The season is underway and I couldn’t be more excited for the races ahead.