Murrieta, CA– King Khan — For Immediate Release. Turner Bicycles announces immediate availability of our new fat bike “King Khan,” and it’s made for much more than snow!
According to company founder David Turner, “The Khan completely redefines what a mountain bike is. We built this bike to open riders’ minds to what is possible with more traction, and the best way to describe the experience is: an awakening to what is possible on a bike. Until one has ridden a rough climb on King Khan or descended a slippery trail, you really don’t realize how much mental energy is being exerted in the pursuit of traction. The Kahn, with over five inches of travel and a massive foot print, allows a rider to stick lines only available to mountain goats and downhill pro’s in the past. When traction is virtually unlimited, a rider can push through limits.”

King Khan is not just a fat bike. We refer to it affectionately as an All-Terrain Bike due to its ability to shine in a much more diverse range of conditions than a traditional mountain bike. With dw-link rear suspension, the bike pedals exceptionally well, virtually eliminating the fat bike bounce and gives the feeling of low-level flight over rough terrain. 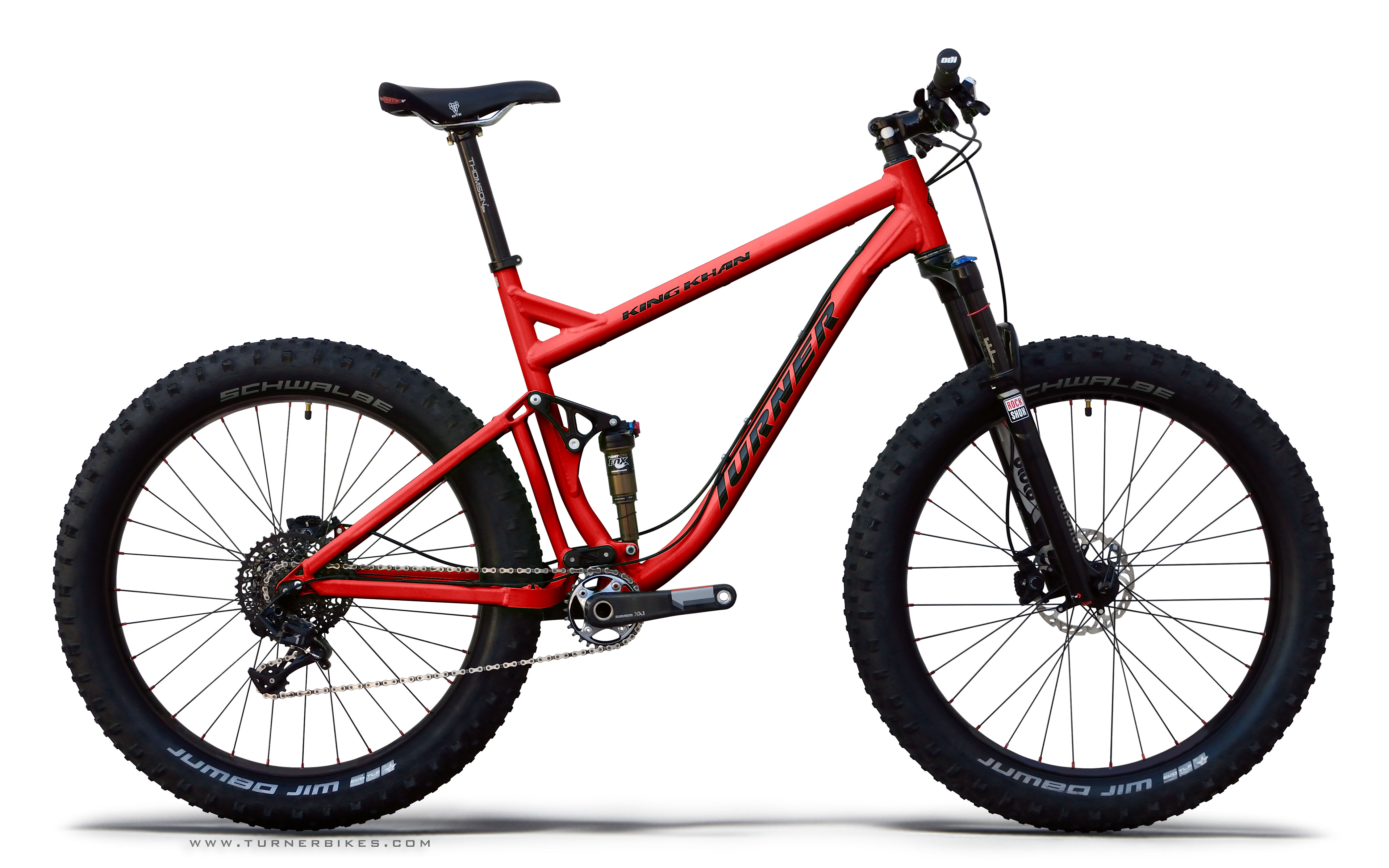 Founded in 1994 by David Turner, Turner Bicycles has been a leader in mountain bike innovation for over two decades.