Munich, August 10, 2017 – Twenty of the world’s best slopestyle mountain bike athletes from ten countries are set to drop into the legendary course of Red Bull District Ride on September 1-2, 2017. The action-packed urban-slopestyle contest will be especially important for current FMB World Champion Nicholi Rogatkin and 18-year old young-gun and current FMB Diamond Series Leader, Emil Johansson. Who will be able to handle the pressure best? Who will master the five districts with the best tricks? Who will be crowned champion in front of 40,000 fans on the `Hauptmarkt` in Nuremberg? The most exciting slopestyle-contest of the year will be broadcasted LIVE on Red Bull TV on September 2. 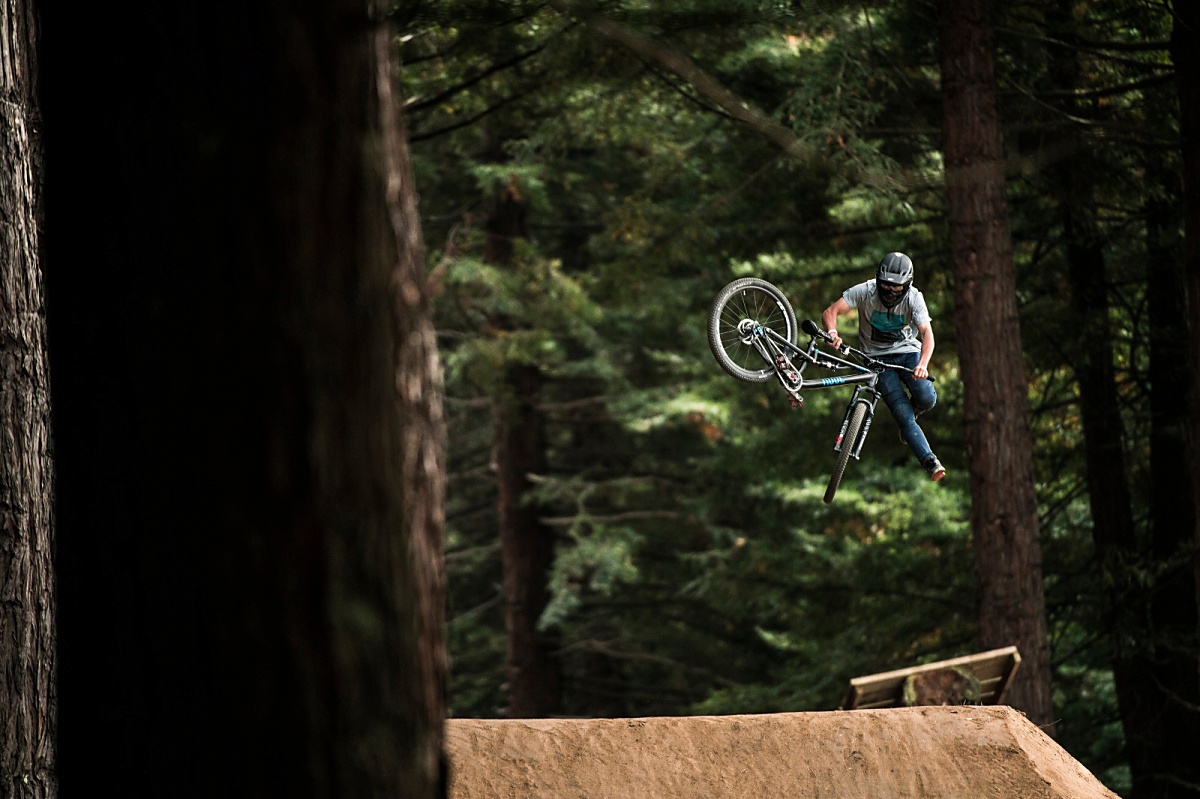 Tens of thousands of mountain bike and action sports fans will descend on Nuremberg in three weeks time to cheer on the elite of slopestyle mountain biking as they trick their way through the 950-year-old town center at Red Bull District Ride. The fifth edition of the legendary urban slopestyle event also acts as the final of the FMB Diamond Series and therefore adds to excitement as the riders drop into the course designed by Martin Söderström. Dropping in from the Kaiserburg the riders will wind their way through the cobblestone streets of the historic town center and across 20 trickable features on their way to the ‘Hauptmarkt’ where they will end their runs with their biggest tricks in front of the stunning backdrop of the century-old buildings. Seven judges need to be convinced as they decide on the victors after the final ‘Big Air District’. Who are the favorites then?

The young Swede has established himself at the top of the sport phenomenally quickly. At only 18-years old, Emil has already made a name for himself with his highly complex trick combinations with multiple barspins and whips. Following his rookie season, Emil is now leading the FMB Diamond Series and could win the biggest title in slopestyle in what is only his second season.

Half Russian, half American and possessed by the absolute will to win, the phrase ‘Go big or go home’ fits the 22-year-old like a glove. Rogatkin consistently wows the crowds and pushes the sport with world-firsts. After introducing the ‘Twister’ to the world last year, Rogatkin has seemingly defied gravity and upped the ante once again this year by premiering a ‘Cashroll-Tailwhip’ and 1080-X-Up. The defending FMB World Champion will be hell-bent to defend his title in Nuremberg.

After nursing a knee-injury earlier in the year, Rheeder found back to his old strength this summer. The king of opposite tricks showed everyone what he was made off with his victory at Crankworx Les Gets and underlined his strong form with a battle for the ages against Nicholi Rogatkin at Crankworx Innsbruck. Rheeder is incredibly strong mentally and always a contender for victory.

Thomas Genon is the only Belgian to ever wear the crown of the FMB Diamond Series. Two years have passed since he became the FMB World Champion but the 23-year-old is still hungry. Having fully recovered from a broken ankle earlier in the year, Tommy G is charging full-steam ahead. After ‘only’ coming in third at Red Bull District Ride 2014, he will be highly motivated to take the top-spot on the podium.

‘What the @%&! was that?’, was probably the sentence uttered the most after Szymon Godziek flew high above the crowd on the ‘Hauptmarkt’ with a world-first tsunami-backflip in 2014, securing himself the title in the best-trick category. The Polish rider is always one to watch for crazy tricks and with a third and fourth place at Crankworx Innsbruck and Les Gets this year, he has shown that he has what it takes to be on top.

Ryan Nyquist has delivered one of the best stories on the slopestyle circuit in recent years. The BMX-legend felt like trying something different three years ago and hopped onto a mountain bike. After adjusting to the new sport for a year, the 38-year-old continued to reach new heights and established himself amongst the top tier of slopestyle riders. Always in good mood, the American is one of the most popular riders amongst his peers. Nyquist likes to dig deep into the bag of BMX tricks he built in his 20-year-long career and continues to creatively combine the two sports.

The French Alien-fan Tomas Lemoine is one of the most extroverted riders in the field and has developed into a figurehead of not only style and fashion but also the sport over recent years. After narrowly missing out on the Top 10 at Red Bull District Ride 2014, his career has only known one direction: upward. The 20-year-old has now firmly established himself amongst the elite of slopestyle mountain biking and underlined his status with a third place at Crankworx Innsbruck this year.

Matt Jones has had an extremely unlucky year and will be frothing at the mouth to show the world that he has what it takes to win. After injuring himself at Crankworx Rotorua just before the final he came back with guns blazing at Crankworx Les Gets and Innsbruck. However, his signature double backflip has become an evil beast to tame and had the 22-year-old going hard at least once at each contest. Jones will be looking to get back on track at Red Bull District Ride, but is always a competitor to be reckoned with.

Torquato Tests pulled back the curtain a little, when he invited Cam McCaul to his home spot in Italy to start the season for the Red Bull TV production “McCaul Meets”. The 24-year-old had a fantastic start to his competitive year coming second at both FMB Gold and Diamond Events, but has had difficulties to stay consistent on a regular basis. Testa certainly has it in him to get back on the box and will have another chance to do so at Red Bull District Ride to close out the season.

All the action from the FMB Diamond Series is broadcasted LIVE on www.redbull.tv. Get the latest on everything bike-related at the Red Bull Bike Channel: redbull.tv/bike & www.redbull.com/bike
Red Bull TV is distributed digitally at www.redbull.tv and as an app across mobile phones, tablets, consoles, OTT devices and Smart TVs. 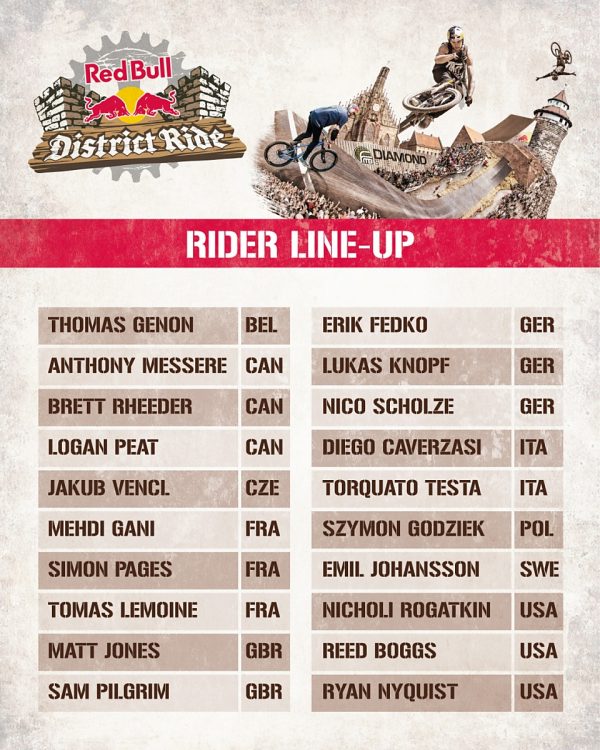