Earlier in the Summer Five Ten, who’s under the larger Adidas family, sent us out a pair of the new Sleuth DLX shoes for testing. Available in Grey, White, and Black, the suede flat pedal shoes retail for $120 and, as you can see below – they adopt some styling from Adidas’ iconic, casual shoes. 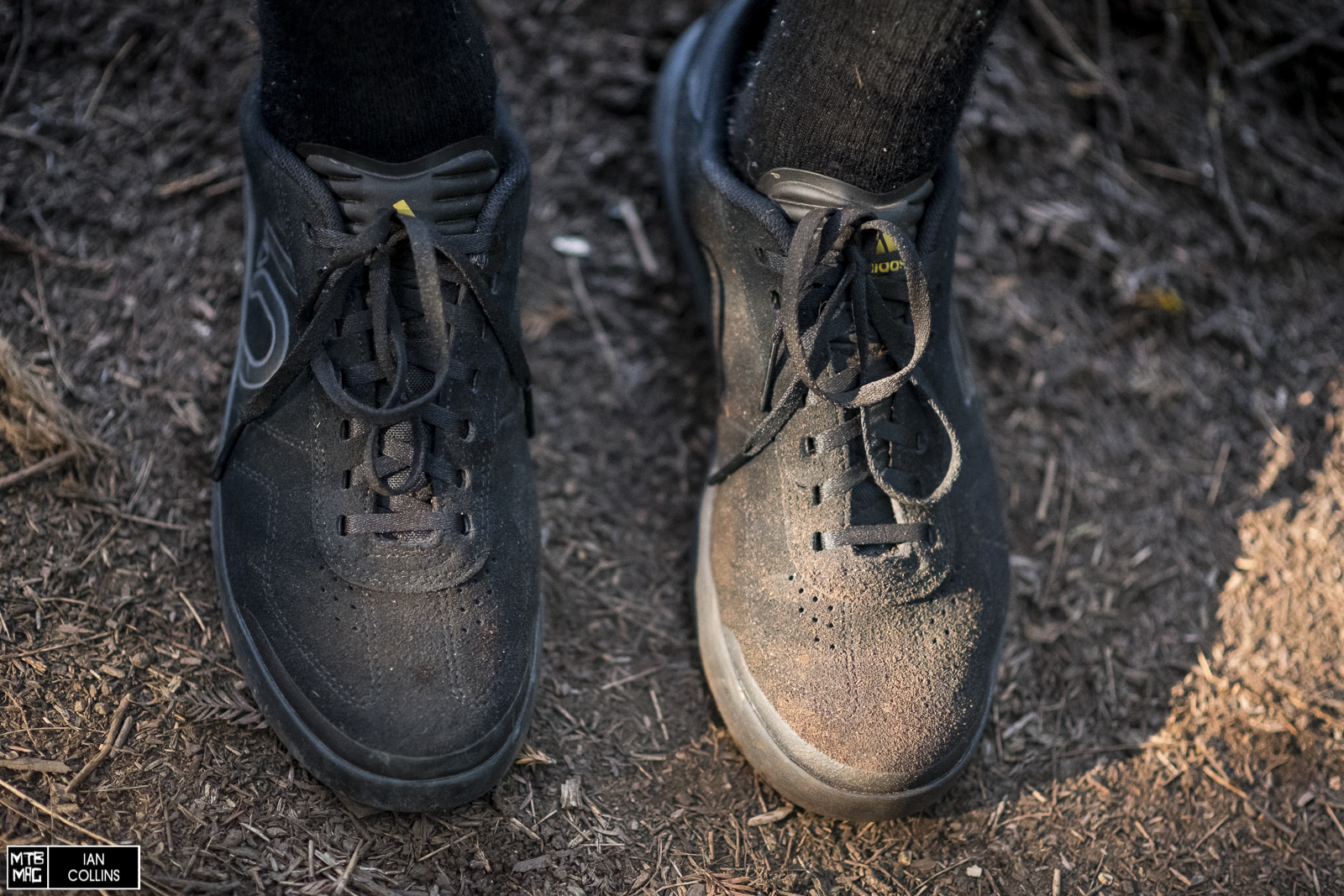 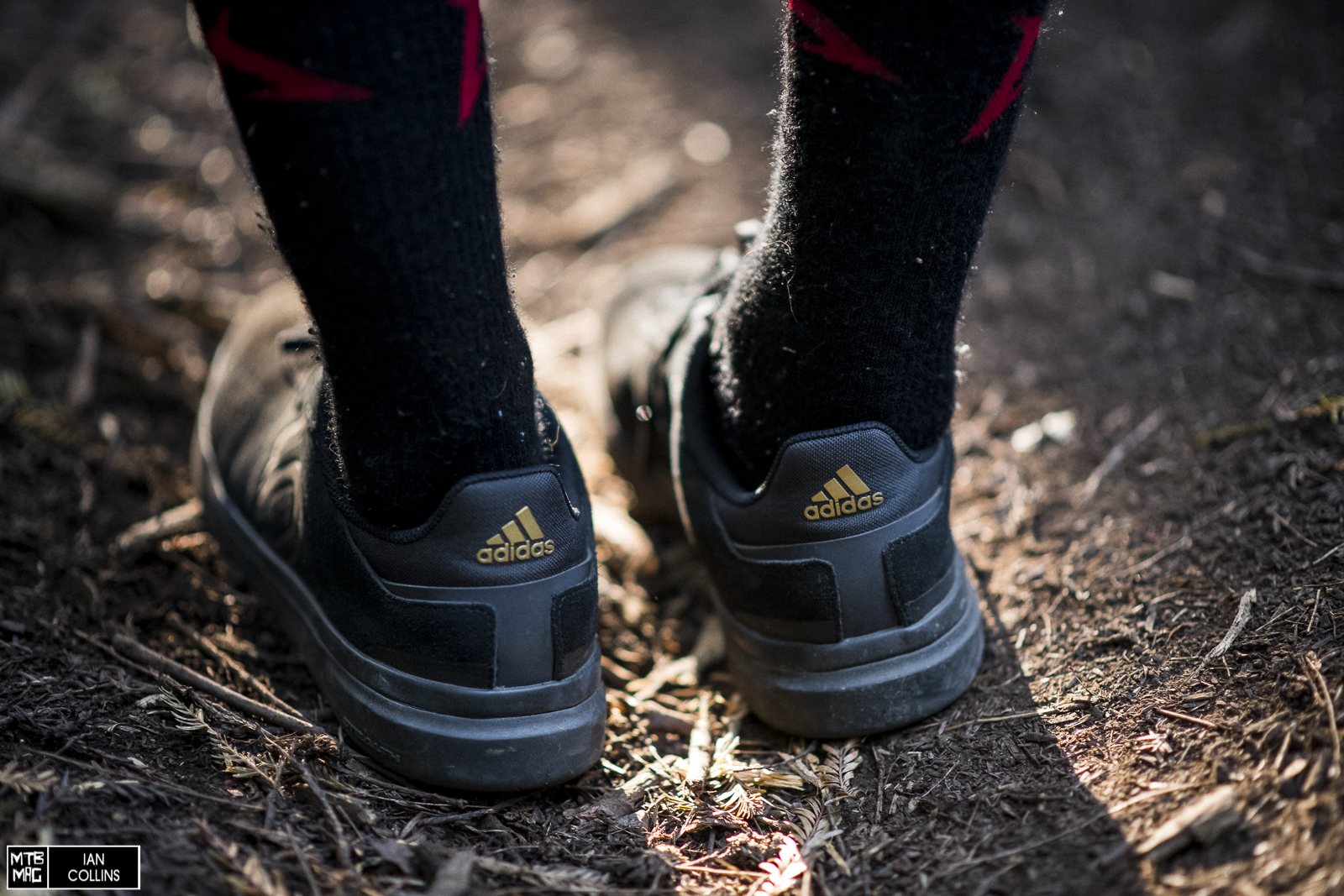 The raised heel panel adds some support while walking. Adidas branding is something new to get used to on many Five Ten shoe models. 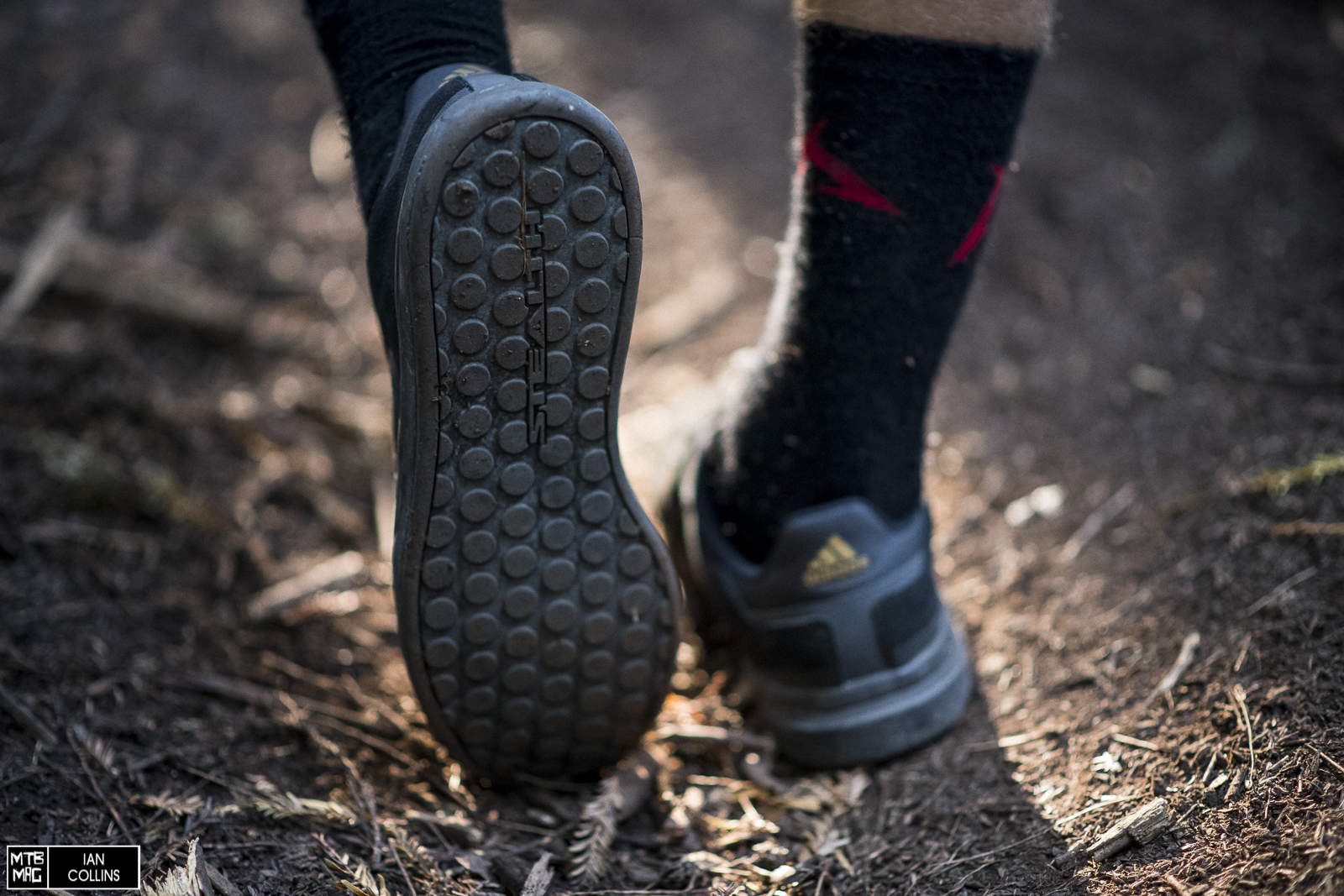 The classic Five Ten dot pattern Stealth tread can be found on the Sleuths, lending themselves to a familiar and reliable feeling on the pedal for any prior Five Ten rider.

The whole shoe, and especially the ribbed and thin tongue are quite reminiscent of the legendary Adidas Samba Shoe. We were skeptical at first, but the lower profile of the Sleuth is quite comfortable, and less prone to hot spots on long ride days. 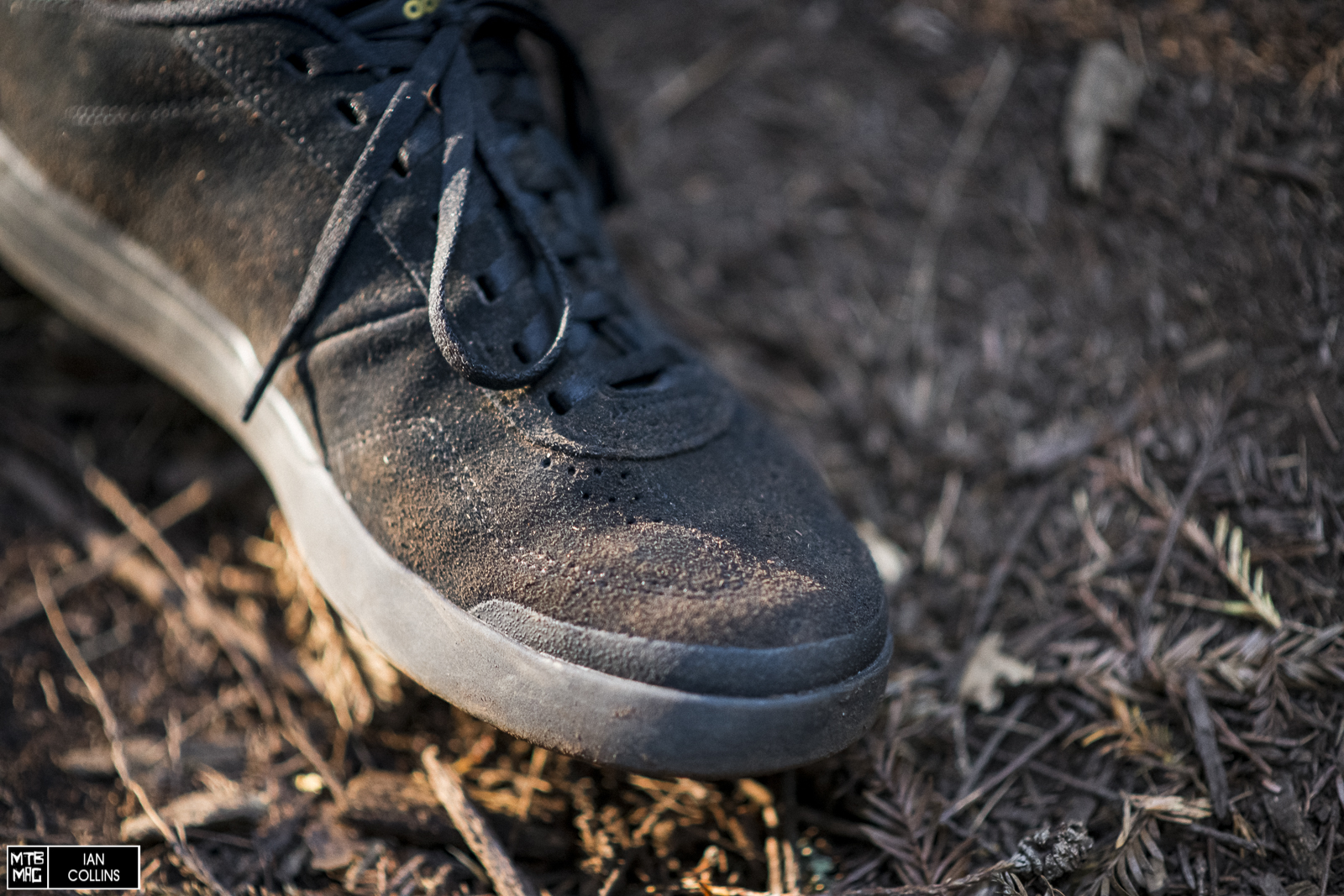 A slightly vented to area helps with air flow, and the Sleuth DLX’s rubberized toe cup  improves wear & tear while resisting separation. We found the stitching and vulcanized areas to be quite strong. 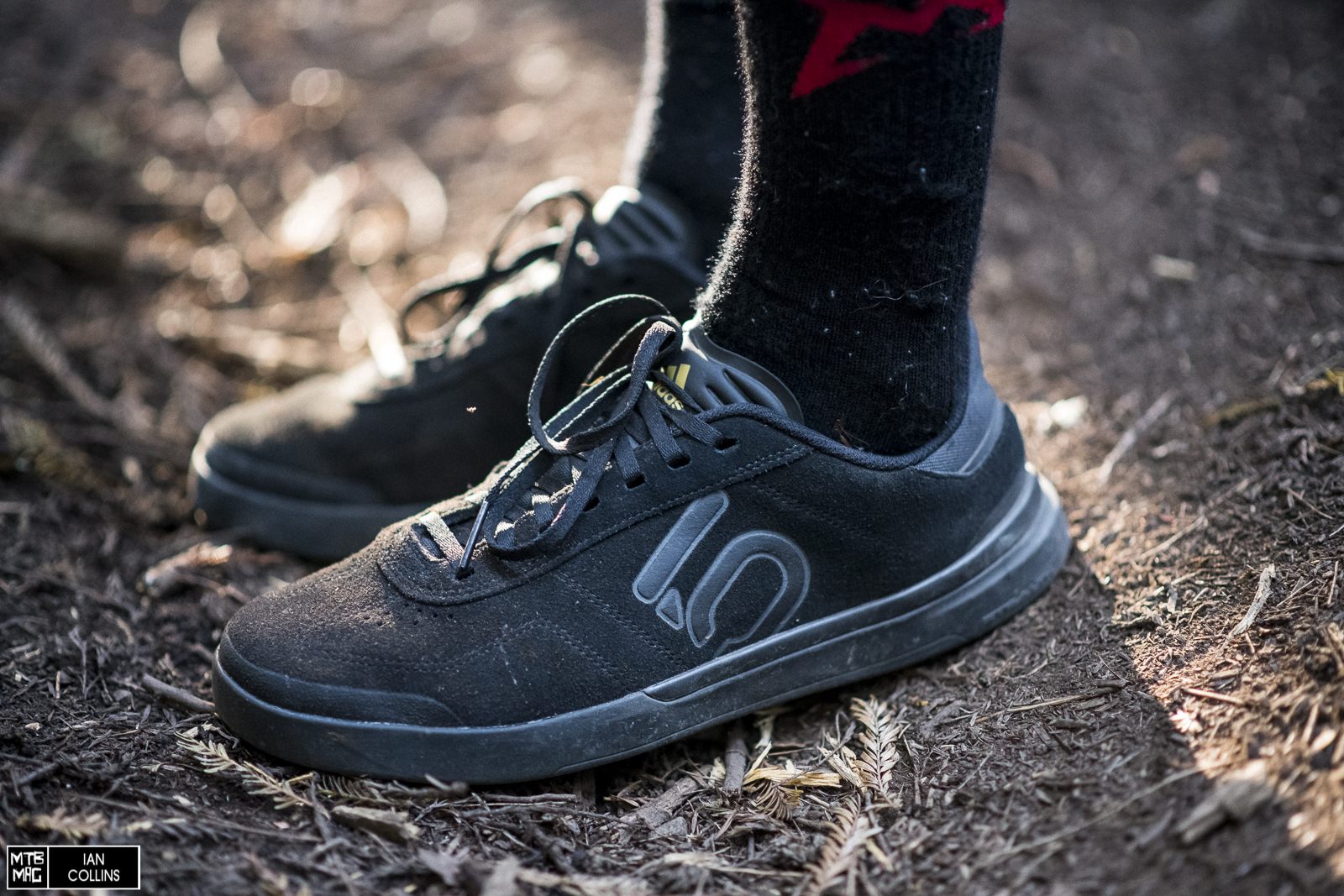 Clean lines, and an all black profile make the Sleuth DLX shoes easy on the eyes, and stylish enough to stop in at the brewery on the way home from riding. 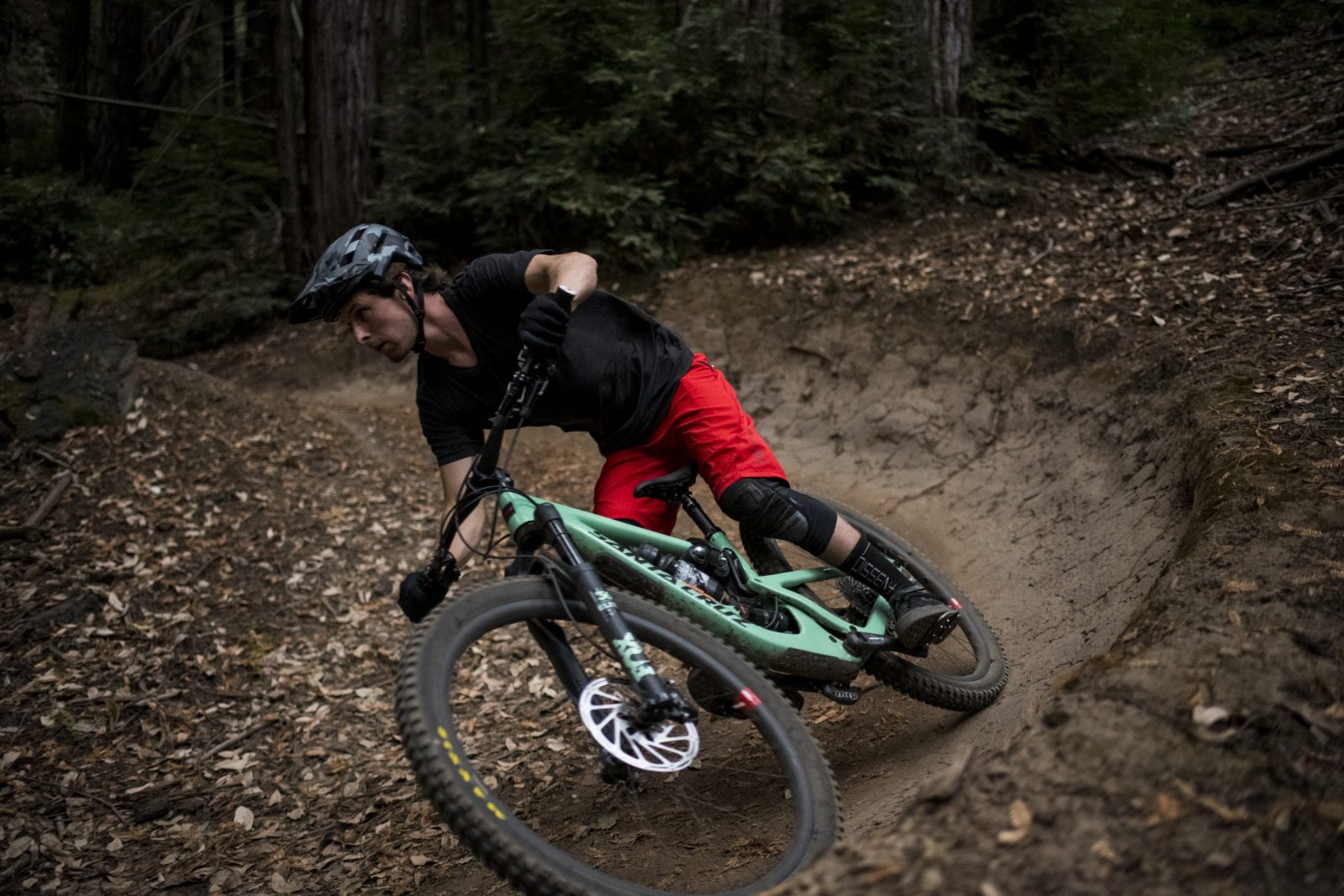 After being a huge fan of the Five Ten Freerider model, we were curious to try something new. The Sleuth DLX out of the box seemed small and thin like an Adidas, soccer model, yet we still found ample support in the Stealth sole, being reminiscent to a true mountain bike shoe.

After trying them on, we quickly realized that these shoes run a bit on the large side. Our tester is a size US 9, and easily could fit an 8.5 or perhaps even an 8 wearing a thin cycling specific sock. The prior realization made it so that we tended to pair our thicker socks with our rides using the Sleuths, which was a bit of a pain, but the desired fit was achieved by doing so. Stepping on the pedals, the contact feeling is the same as we’d expect from a dot tread Stealth sole, yet we instantly felt more flex compared to past Five Ten’s we’ve tried. The ride feel in the Sleuth DLX’s is that more similar to a skate shoe than a mountain bike shoe. As we used to frequent the trails some time ago in true skate shoes, often times we miss that feeling of the midsole flexing around the pedal. Certainly in some terrain, such as riding in a bike park, more support is welcome, if not needed, but for the average trail ride, a flexible sole combined with tacky Stealth grip is a welcome feeling for those who aren’t obsessed with power transfer from a stiff sole. 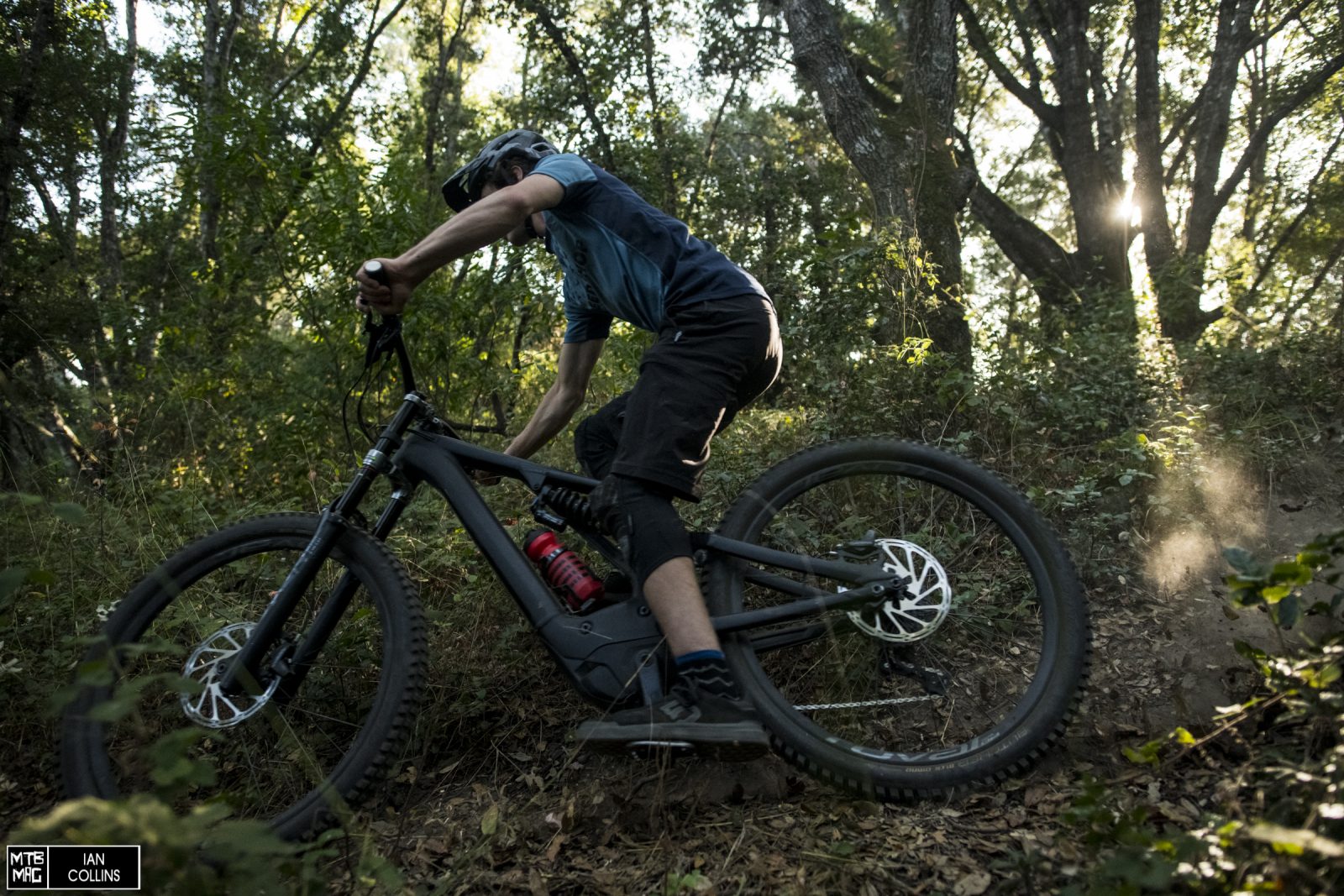 After some hard riding for a few months, with the Sleuth’s as our trail riding shoe of choice, we have yet to see signs of unravelling, or premature wear. At a reasonable $120, if you’re looking for a simple, comfortable, aesthetically pleasing, and well rounded mountain bike shoe, the Sleuth DLXs may be the hot ticket. Just remember they fit a bit roomy, and they’re aimed at those looking for a more unstructured feel.