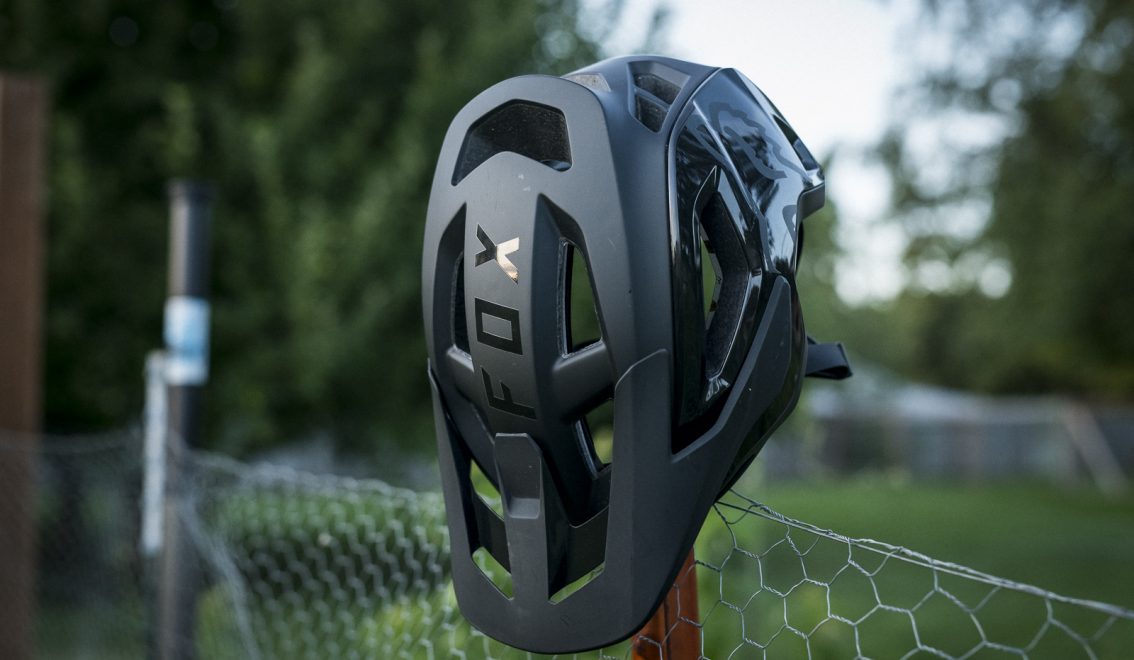 Not all that long ago, Fox released the Speedframe Pro helmet. Aimed at general mountain bike riding from trail through enduro, in terms of duty, it’s the mainstay in their line lying sandwiched between the Flux and Dropframe, aimed at lighter and heavier duty applications respectively. The Speedframe adopts the silhouette and some of the better aspects of the Metah helmet of old, while ditching its shortcomings, such as the long fixed visor. Unsurprisingly, the new lid utilizes MIPS as an added layer of safeguard against concussions. Another nice feature is the Fidlock buckle, which is just available in the “Pro” version, tested here. It’s worth noting that there is a more affordable standard Speedframe without Fidlock, although it still does feature MIPS, for just $109.95 USD. Anyhow, read on to see how this new brain bucket has been working out… 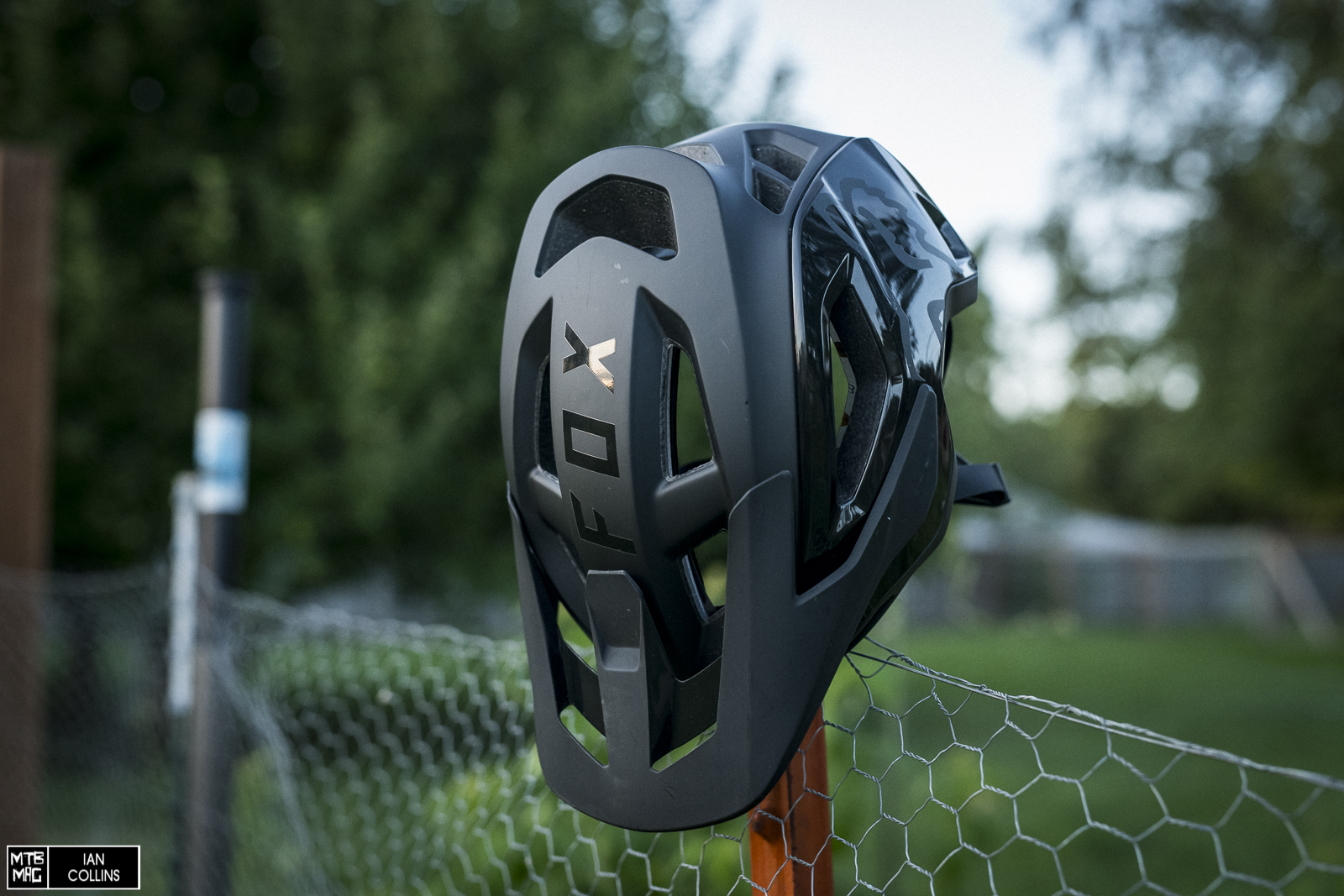 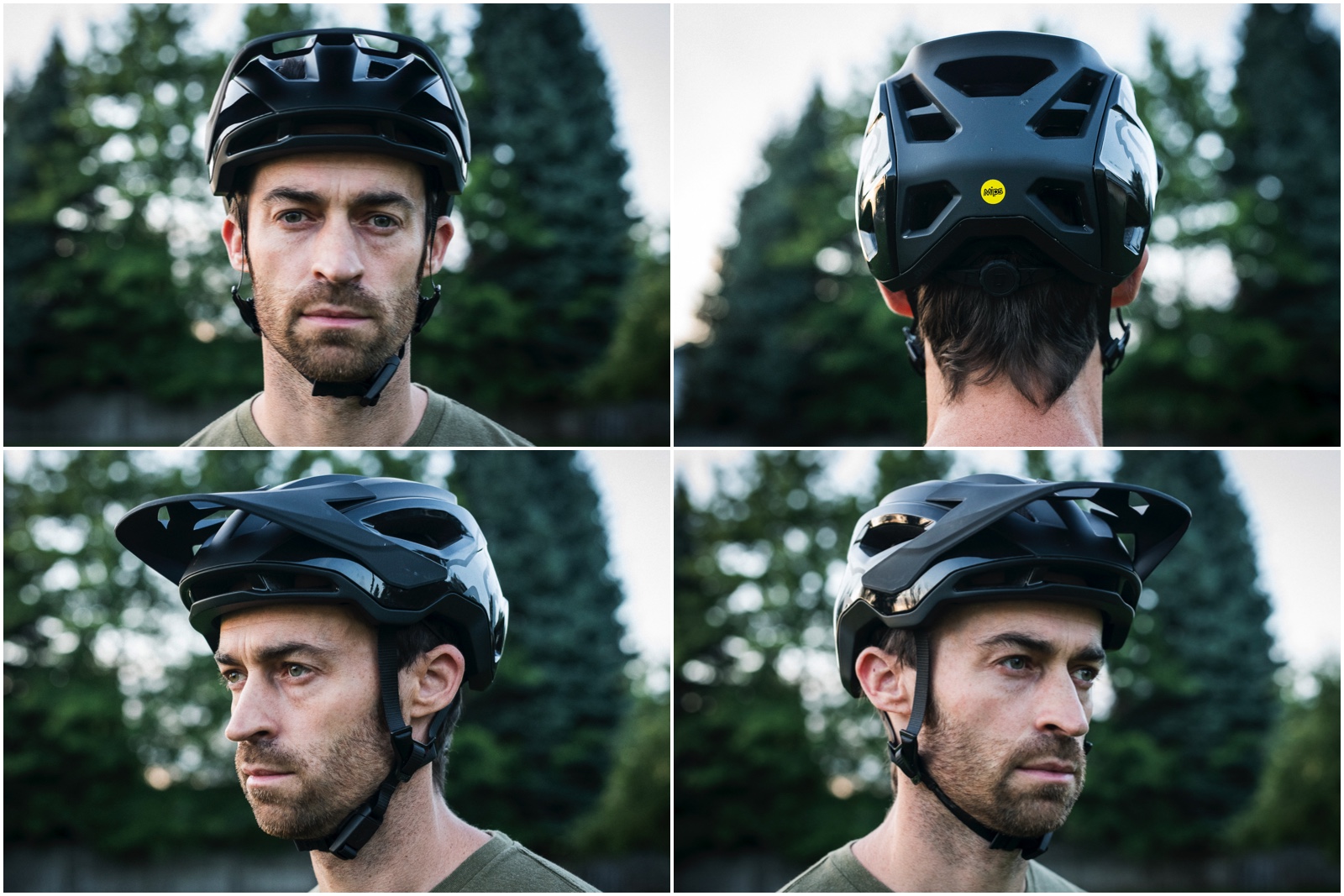 A quick look at the Speedframe’s outline reveals big vents, clean lines and a sleek look throughout. Fox definitely nailed the aesthetics and how they mesh with function on this lid. 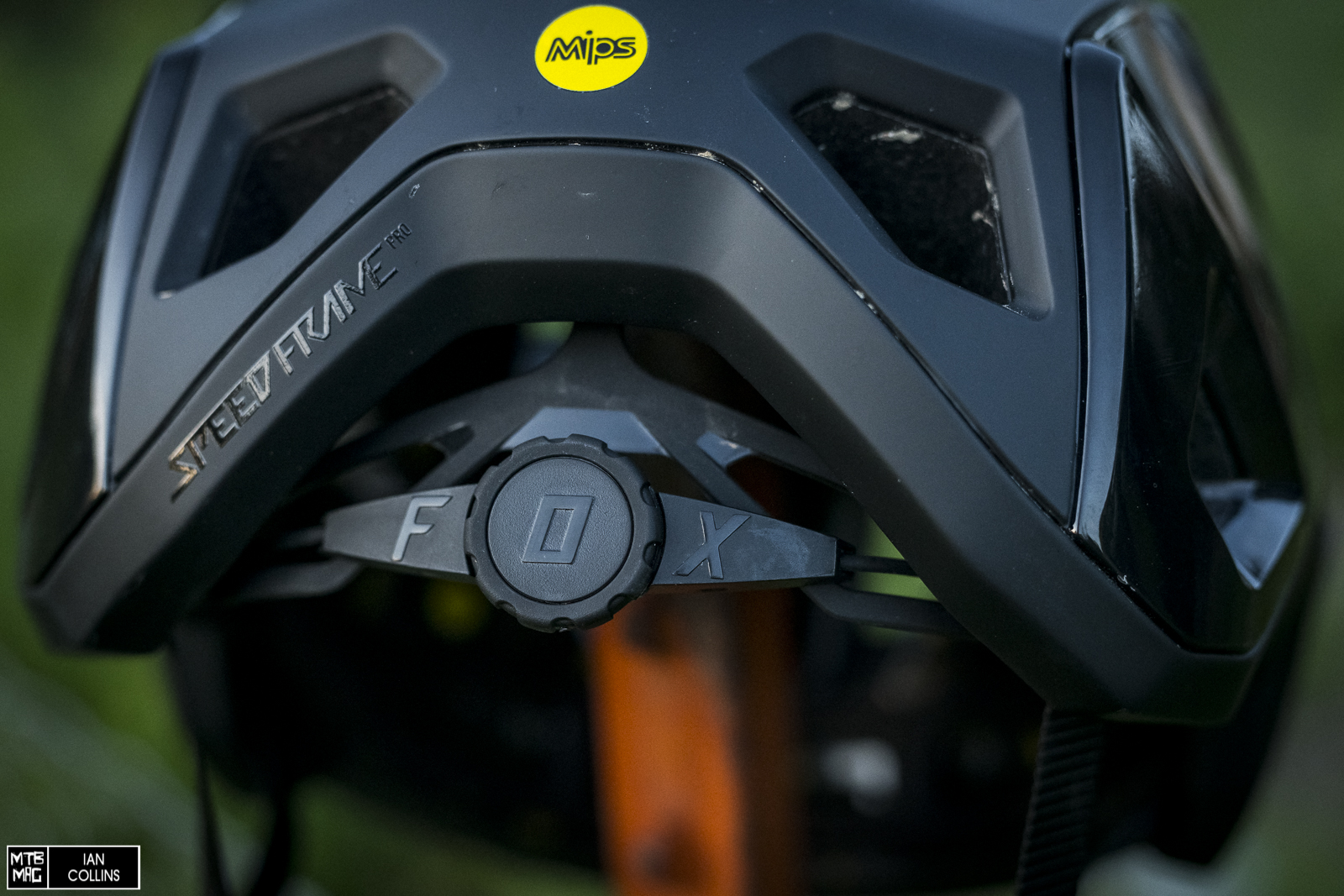 This model uses Fox’s 360 ratcheting dial, which as you can imagine wraps all 360º around your head. This is nice as it distributes around your entire head evenly, which improves both security and comfort. 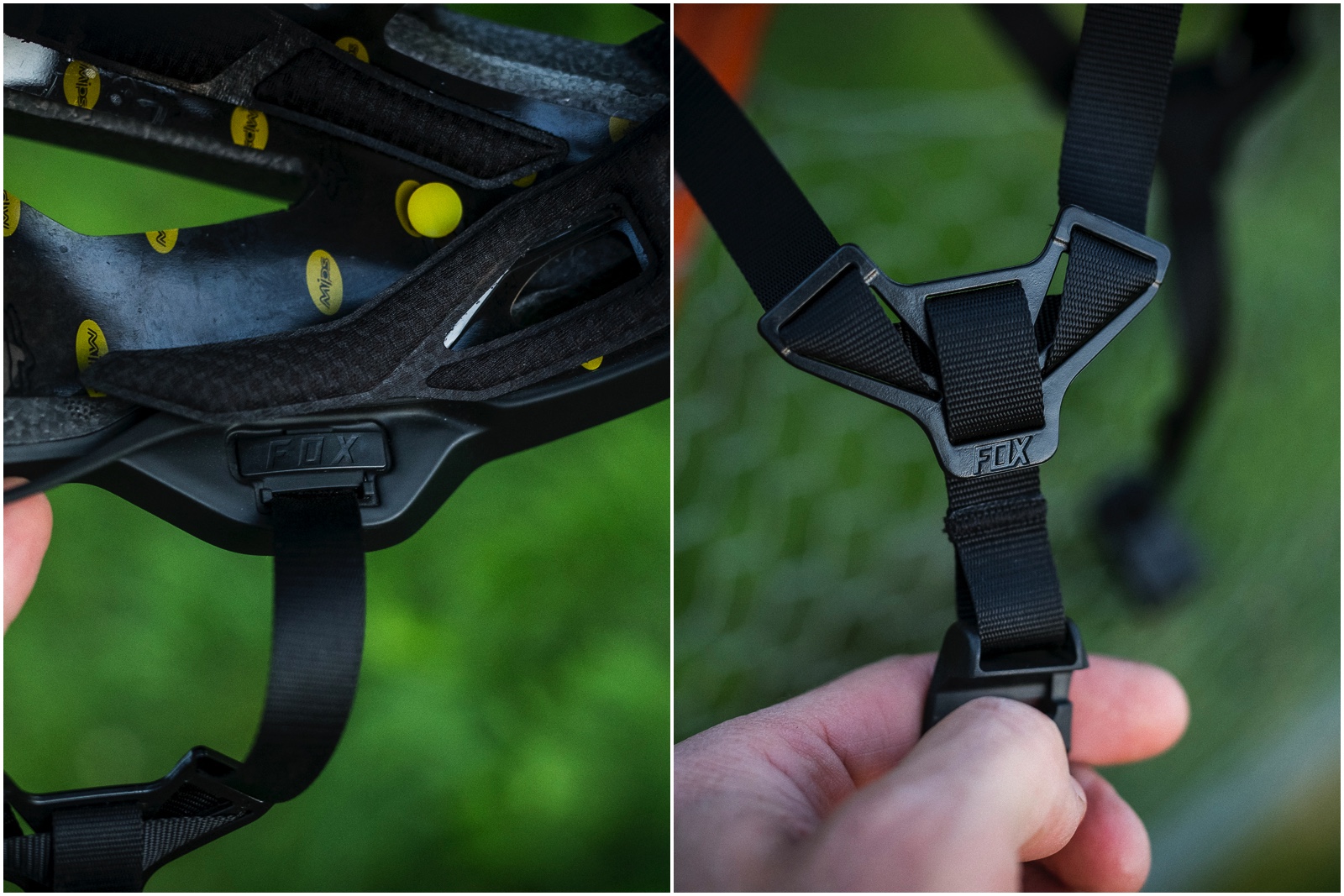 Left, the chin straps are anchored into the shell with two fixed mounting points per side. Right, the yoke stays put and fits down under the ear without really interfering with your jaw. 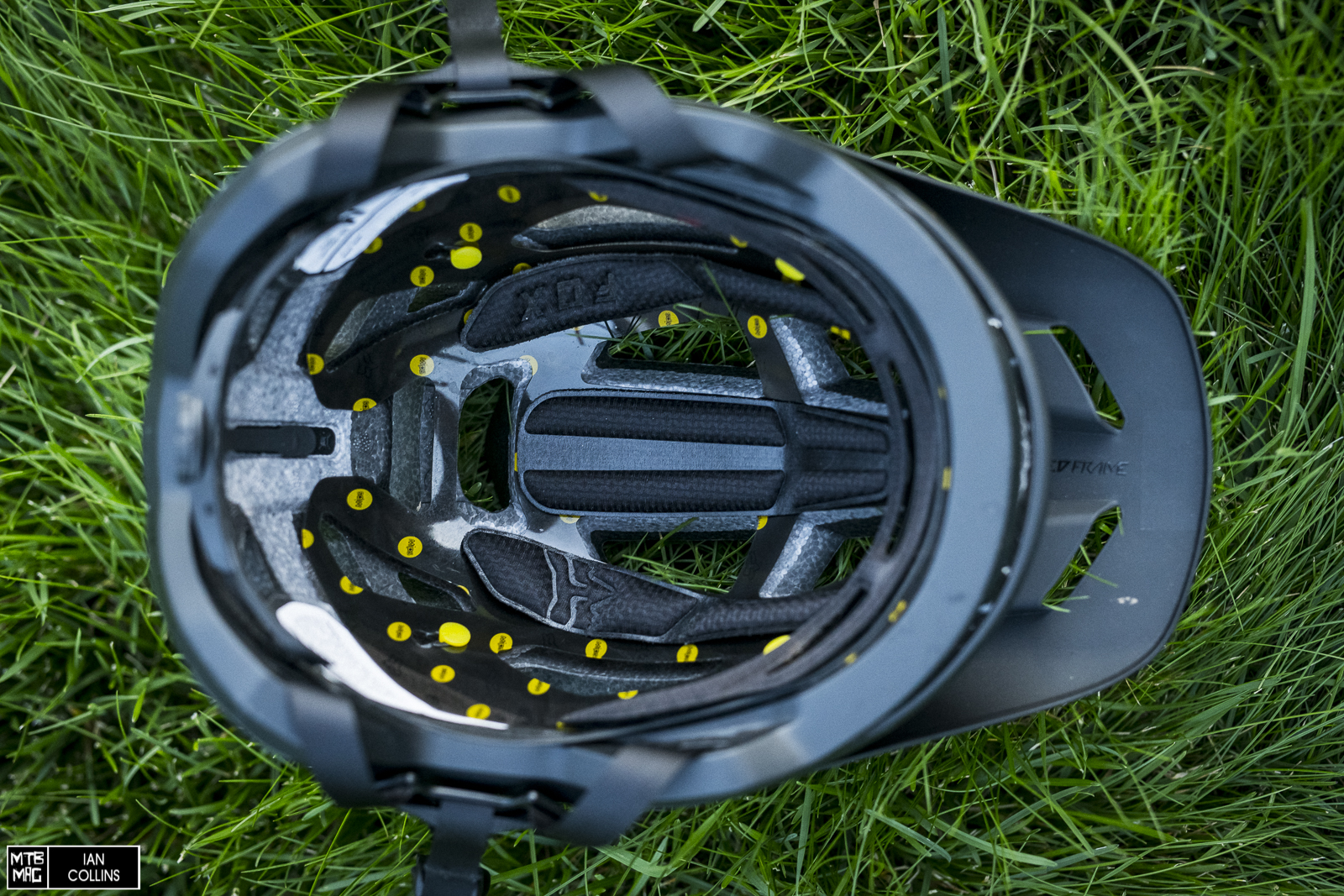 The MIPS liner slips inside of the helmet’s hard shell, which helps to prevent concussions cause by rotational impacts. Lining the MIPS system is a soft, comfortable pad set with just the right amount of material. Not too much, not too little. A spare pad set is included. 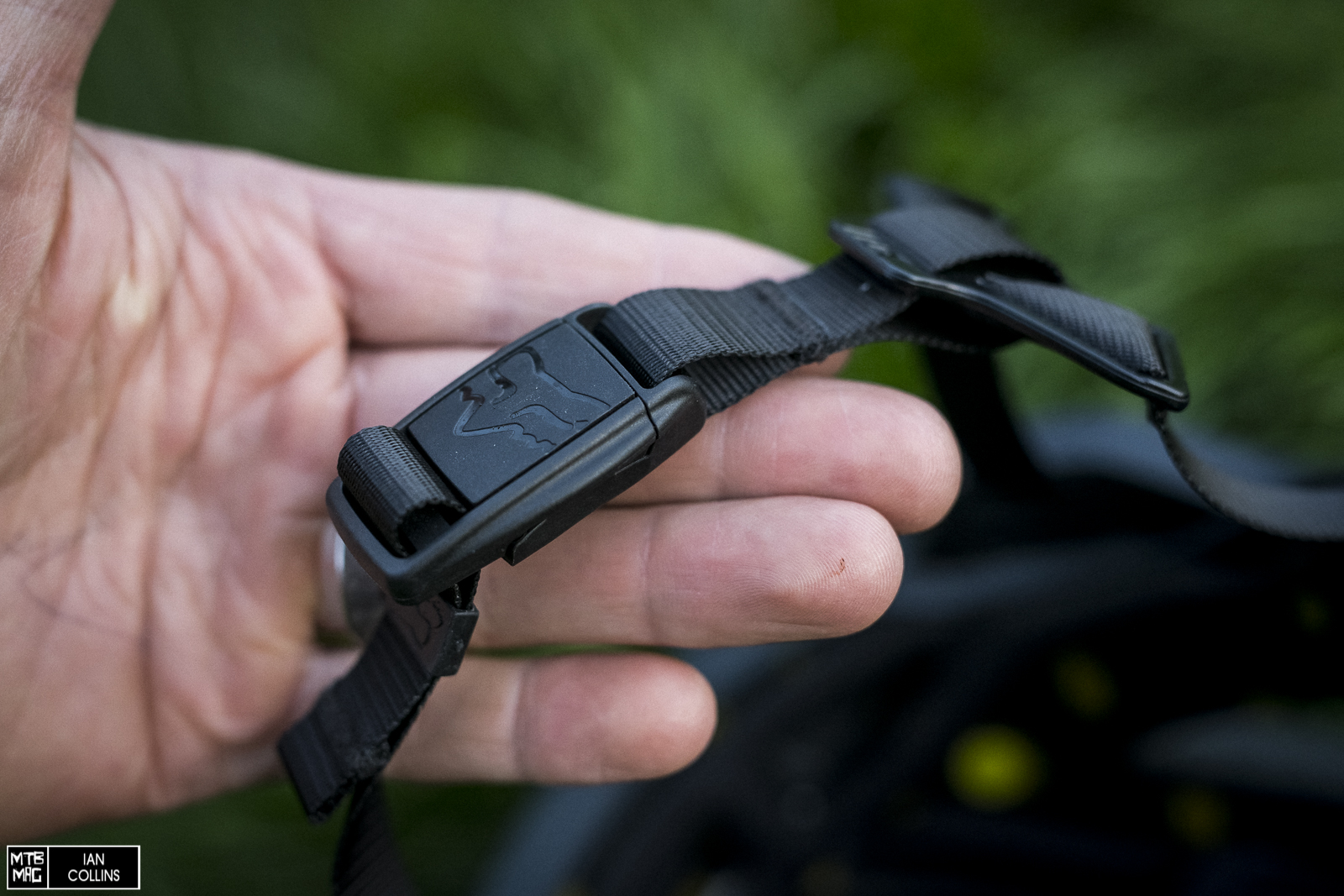 Once you get used to FidLock buckles, it’s hard to go back. They’re so easy to get on and off…It’s a wonderful thing. 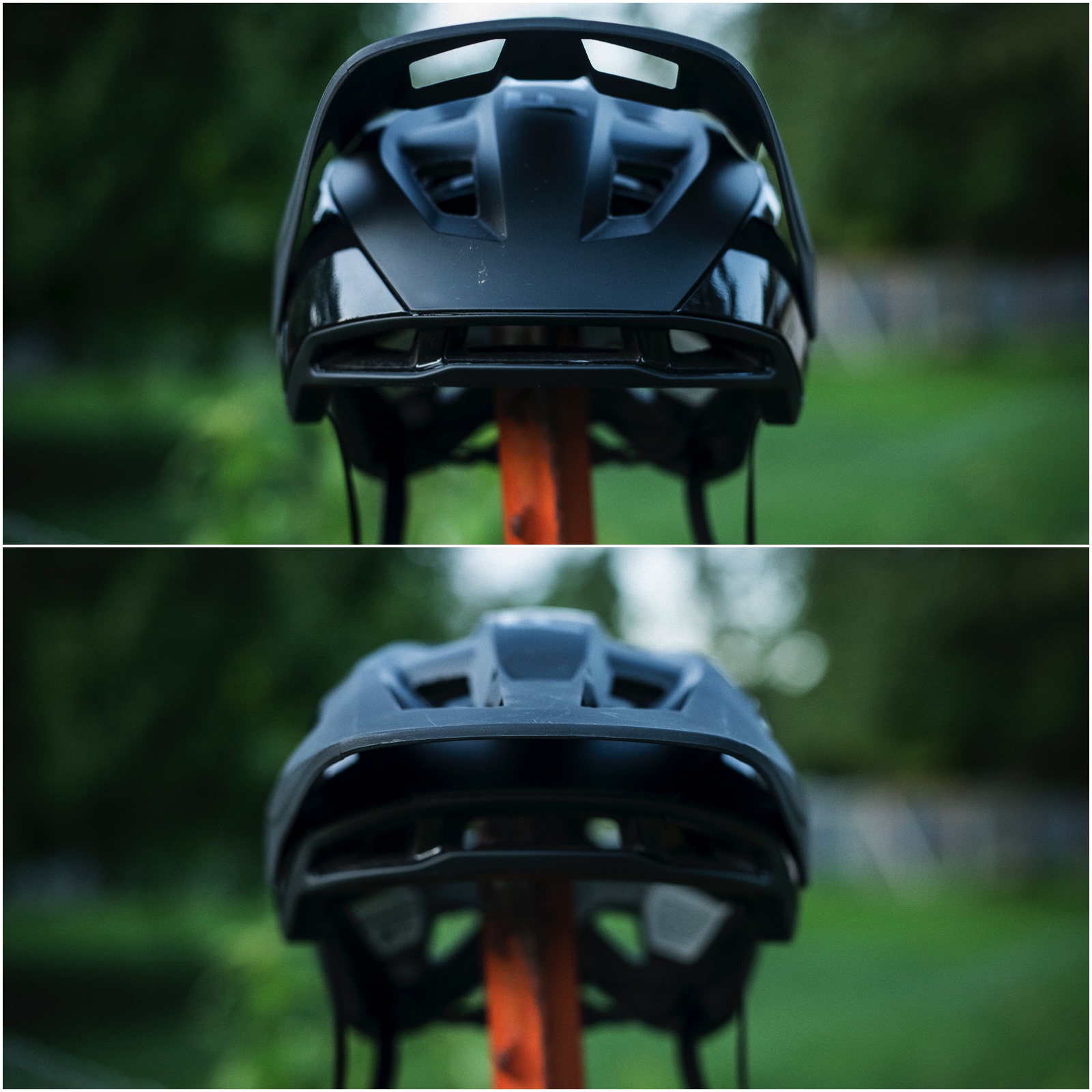 The Speedframe Pro has solid clicks to adjust your visor, which has a great shape by the way. When slammed all the way up, goggles store nicely under it without moving. You can put it all the way down for maximum sun blockage, you could run it exactly half way between the two locations shown above. 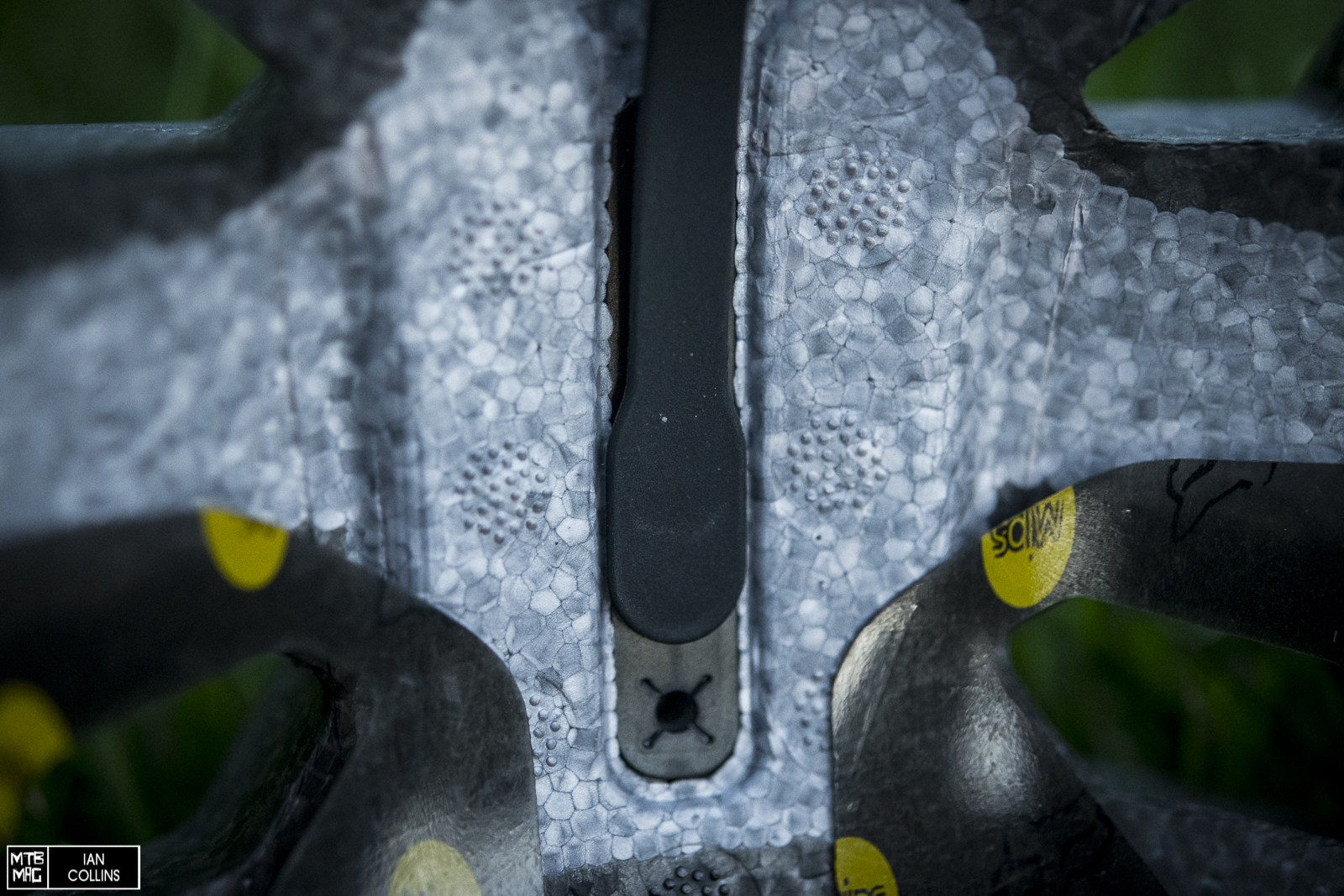 Last but not least, on the topic of 3-position adjustments, the 360 retention system features an up/down adjustment to determine its harnesses height between the occipital and the nape of your neck.

Starting with fit, as someone who typically falls between a medium and a large, I’d say the sizing was true with regard to the three size options. While head shapes vary and many riders have particular brand preferences that tend to work with their head, I think I have a pretty middle of the road, cranium that’s broadly agreeable with most brands. There aren’t too many brands which give me hot spots or strange pressure points. That said, I haven’t worn a Fox trail lid in roughly 5 years, but don’t remember anything bothersome about the last one I did. Right out of the gate, the Speedframe Pro fit like an old glove with just the right amount of coverage all the way around and a shape that sat exactly as it should. All of the aforementioned features called out above in the “Details” section worked admirably. The 360 retention system was easy to grasp and adjust, both gloved or not, and pedaling or not. Some brands’ pad sets are a bit too thick and thus can take on too much moisture rather than just let it wick away. Conversely they can be too thin and uncomfortable, but I found neither case to apply to these pads, which were the perfect thickness. Fixed strap anchors and FidLock are a dream come true and are to be expected from a premium offer these days. The visor has very firm detents which don’t slip and thus far have not gotten sloppy. All 3 positions have their usage and the shape is nice – not too long or short, wide or narrow. It’s also thick enough that it should withstand some minor crashes and abuse in the gear bag, the back of the truck or wherever else that might occur. Lastly, I liked the stealth aesthetics due to the lack of any external hardware. 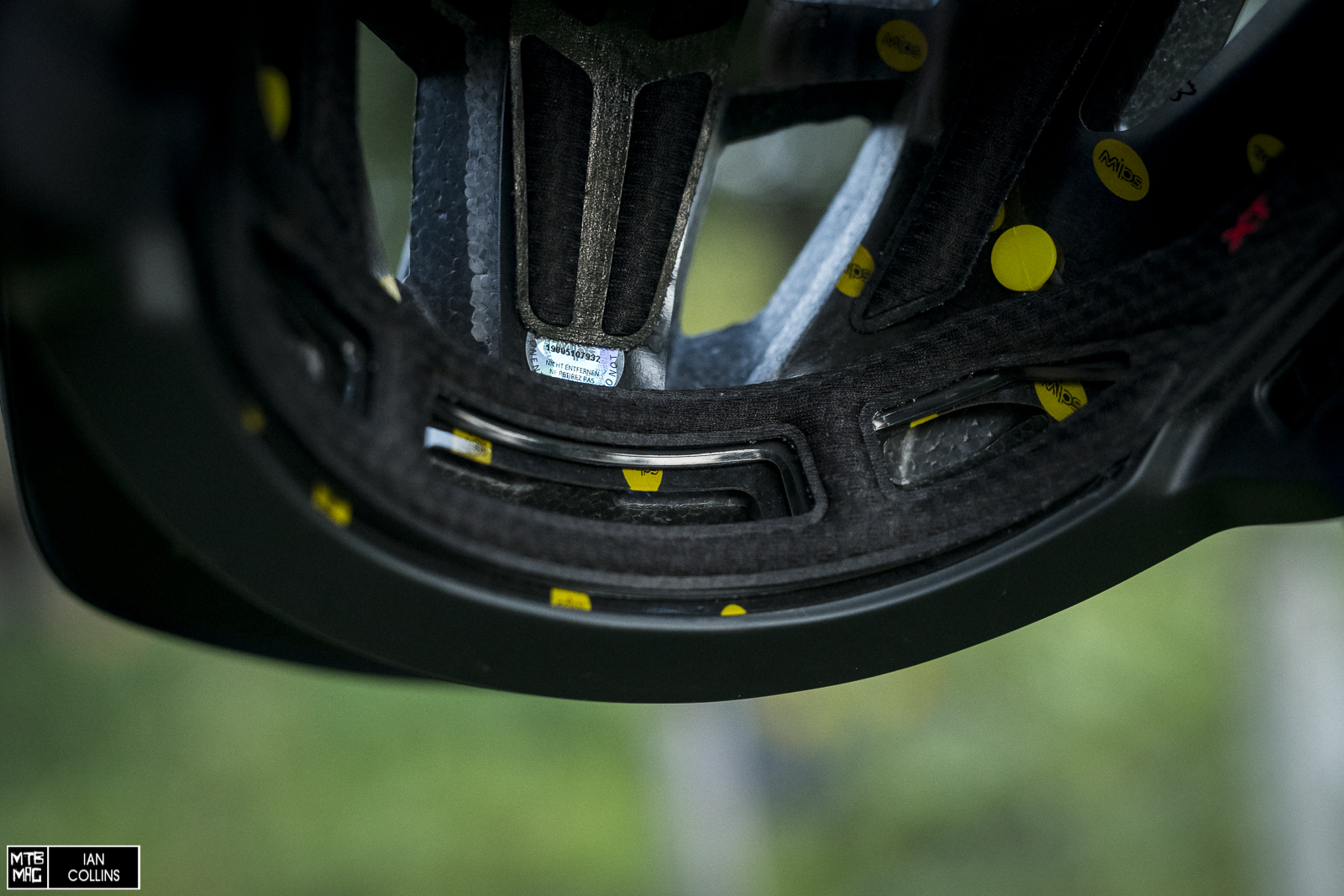 In terms of air flow and heat management, the Speedframe rates very well. I’ve personally been quite happy with the Troy Lee Designs A2 and the Bell Sixer which are in the same category, and I’d rate it roughly the same or perhaps even slightly better that the two of them. One aspect that I did appreciate is the open port placed above the brows, in the middle of the forehead. I’m no aerodynamics expert, but I feel that it kept air flowing better than most lids, right where it’s needed the most. The Speedframe’s vents are roomy and evenly distributed throughout the helmet’s real estate, which helped dissipate heat nicely. With that in mind, none of them are so big as to cause any concern should you collide with a decent sized stick or some other sketchy object. Rather than a couple of oversized ports, this lid relies on the sum of the parts to keep you cool on long rides.

In summary, the Speedframe Pro is absolutely worth a look if you’re in the market for a new high end general use mountain bike helmet. You’d be a fool to overlook it or pass up at least trying one on. While I haven’t had any major crashes in it, it features all of the relevant certifications and rates highly on safety. At the time of writing the only negative attribute that I can conjure up is that I couldn’t find a quick easy place to stash glasses – with a bit of finessing, some glasses fit under the visor, rather than at the rear. That’s a pretty short list of downsides – all in all, the Speedframe Pro is a fantastic brain bucket… 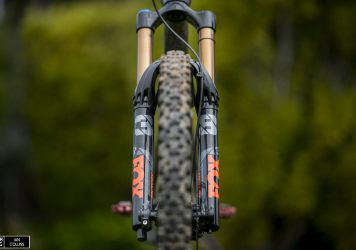