This Spring Giro sent out a sample of their new high end Merit helmet with a MIPS Spherical system in it. This test is my first time actually wearing this new approach from MIPS. Where a standard MIPS helmet has a plastic liner separating the sweat liner from its foam shell, intentionally allowing for 360º slippage – something that prevents concussions caused by rotational impact – this system takes a completely different approach with two foam layers that slip like a ball and socket. Anyhow, the Merit is aimed at the mid-duty pedal powered segment of the market – think Trail through Enduro – so read on to see how it has been working out… 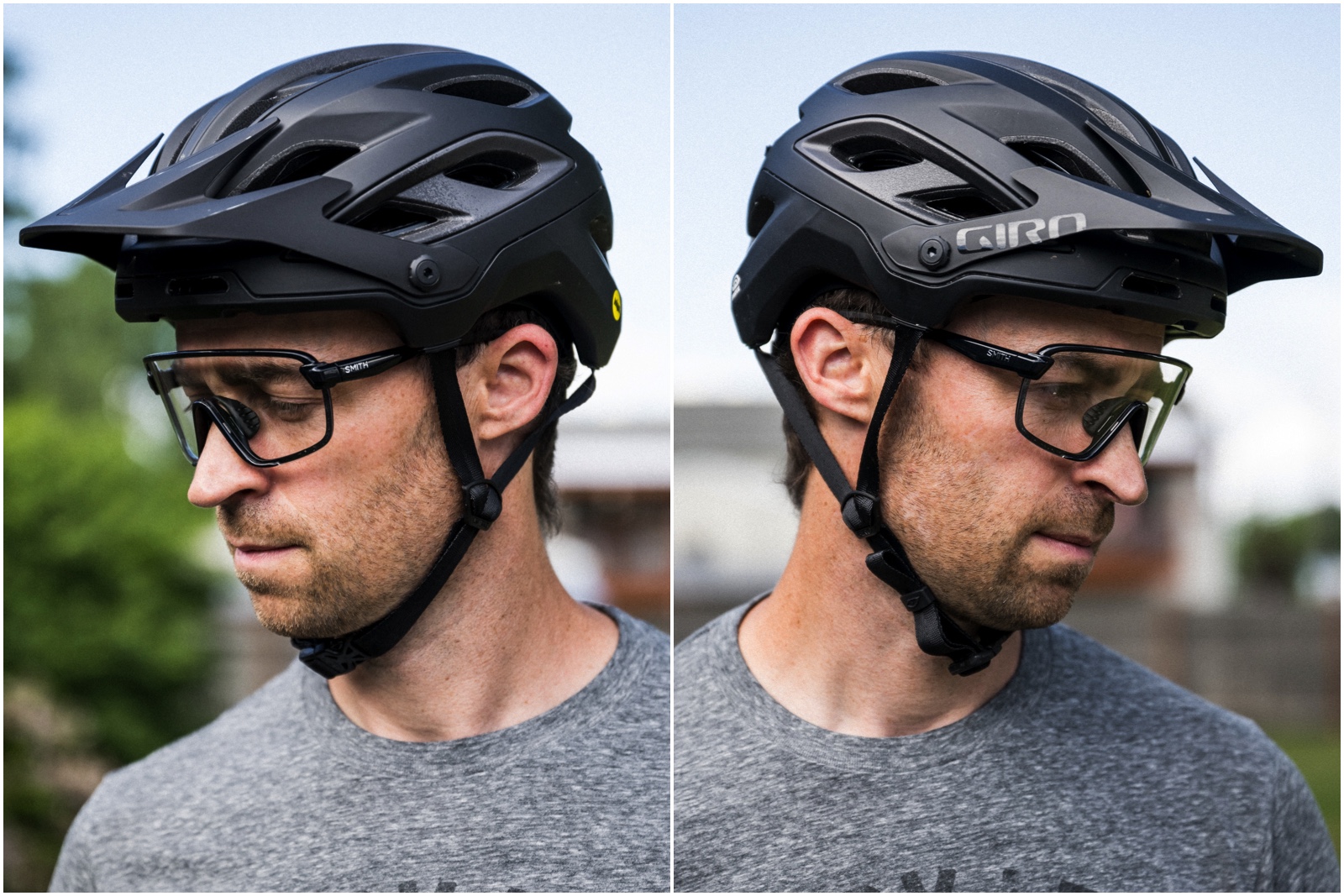 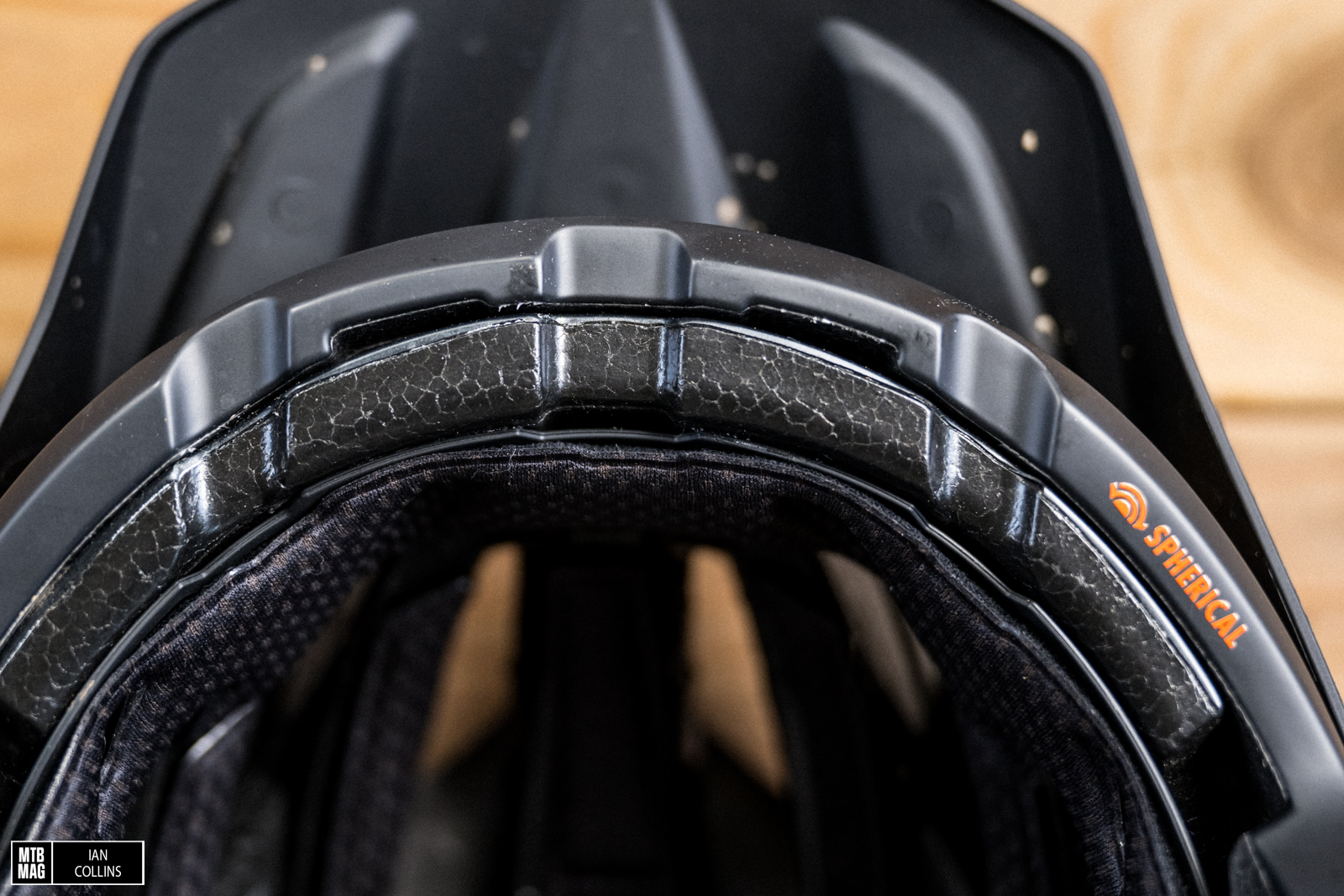 Perhaps the biggest story with the Merit is its utilization of MIPS Spherical – a premium feature which essentially integrates MIPS into a two stage foam shell with the inner shell being softer and the outer shell harder. In the photo above you can see the interface between the two sections. 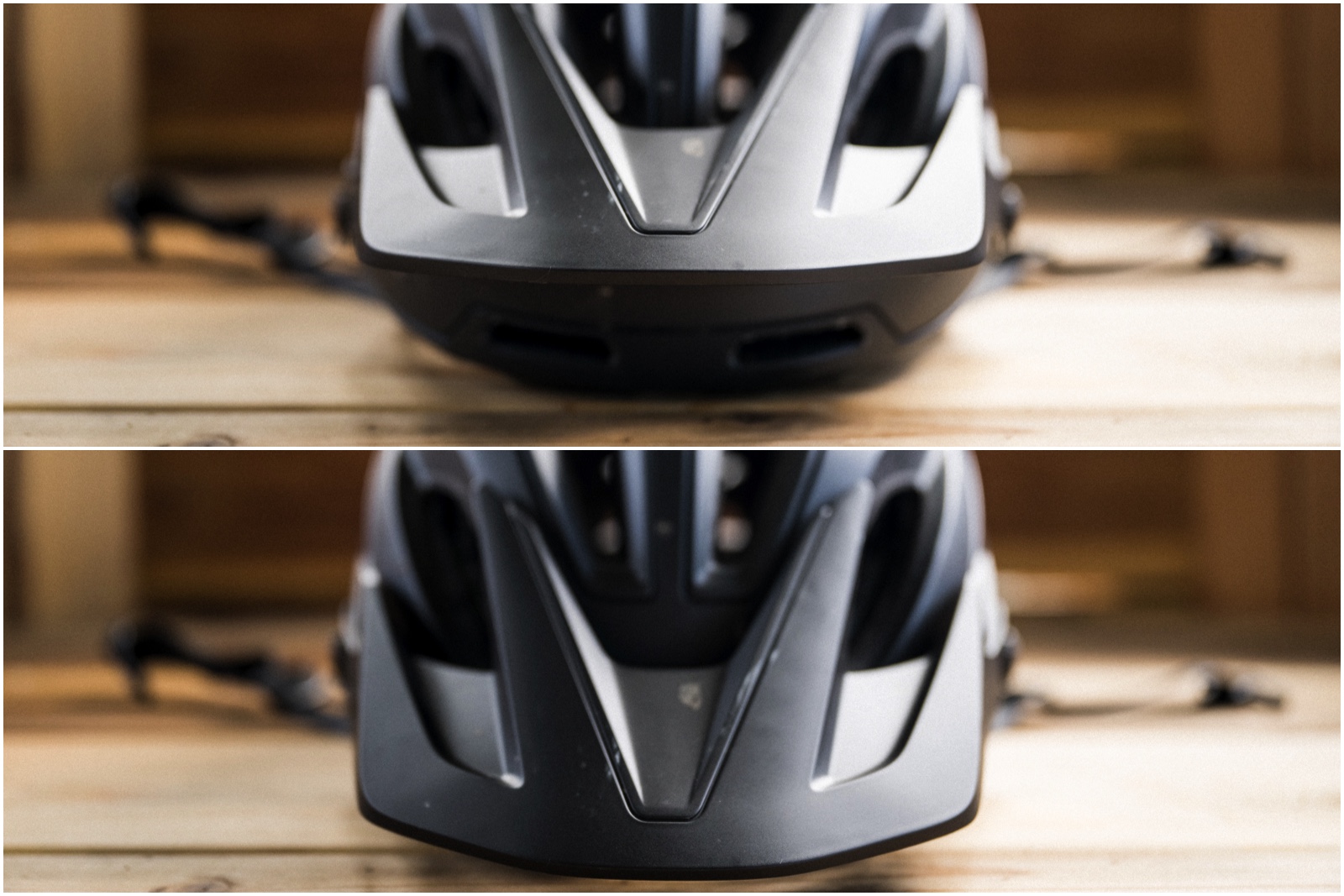 The Merit has a visor that is absent a handful of clicks. There is a hard stop at the top and bottom but its visor sits happily anywhere between the two locations. There are just two mounting points and the tension is managed via plastic 4mm allen screws. 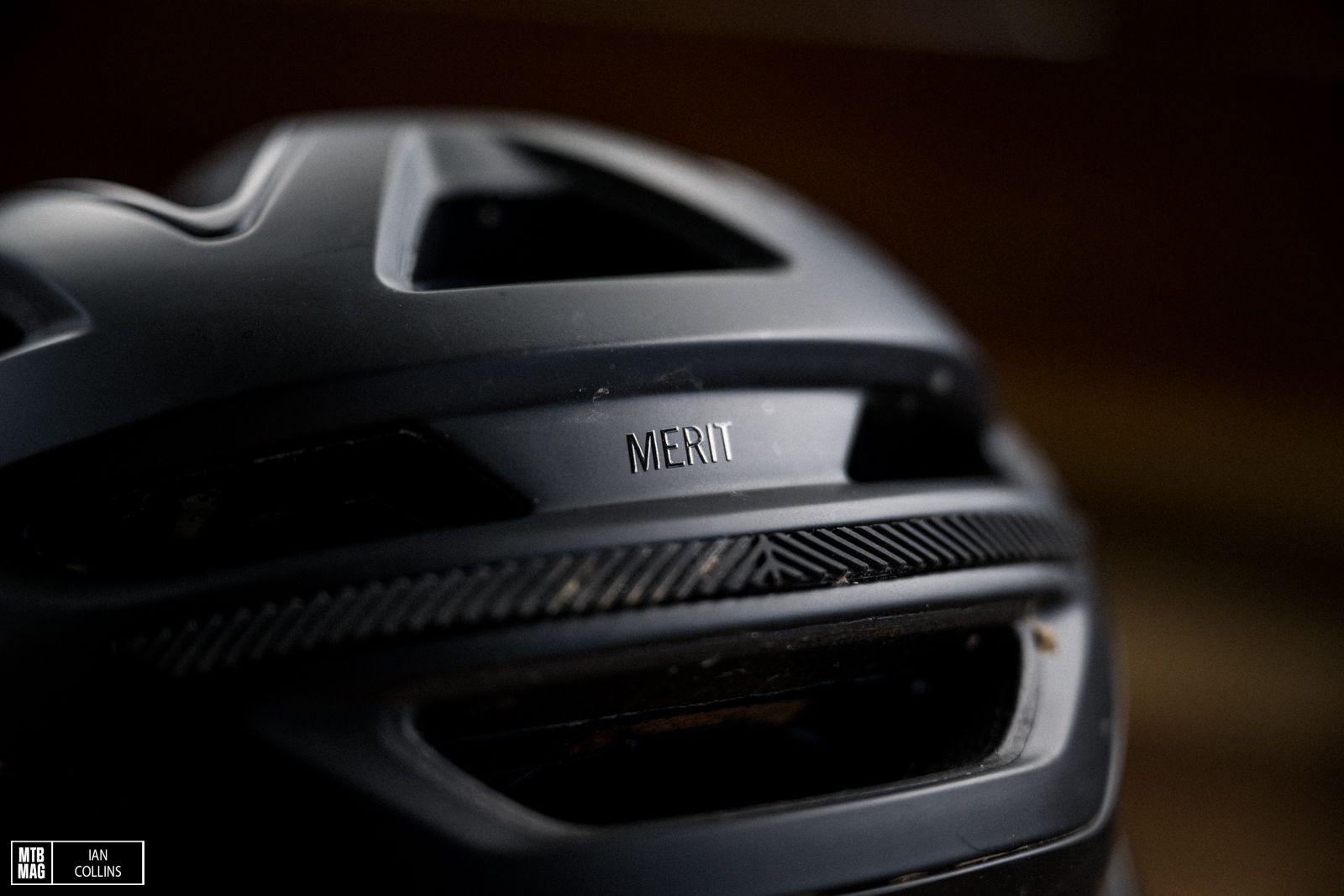 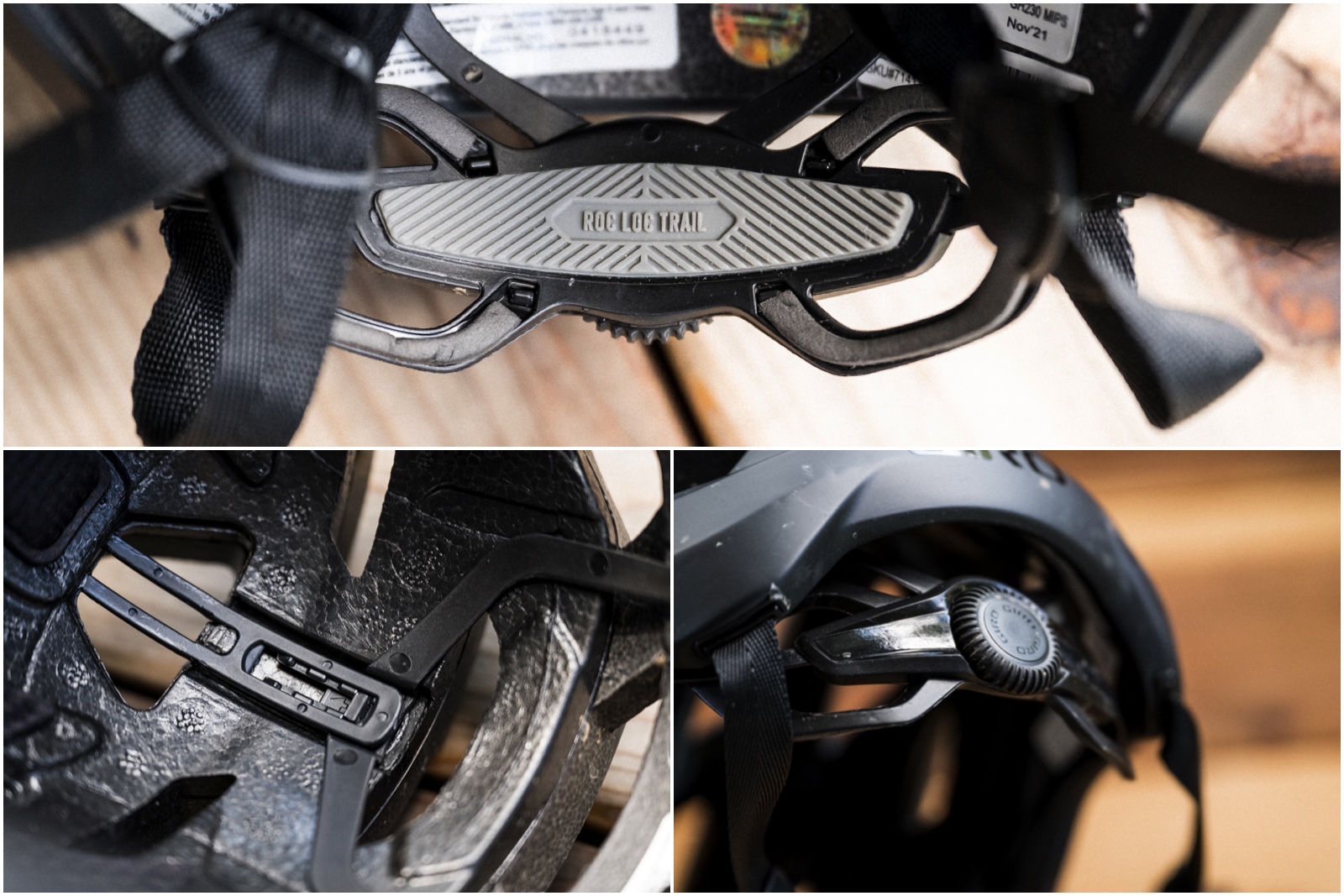 The original helmet retention system – RocLoc – is now a highly refined and much duplicated concept. Clockwise from top: There is soft but grippy rubber padding flanked by sections of foam padding the outer areas. The dial is super easy to operate with gloves and also is quite grippy. Lastly, RocLoc’s vertical positioning is adjustable via a slotted track with detents. 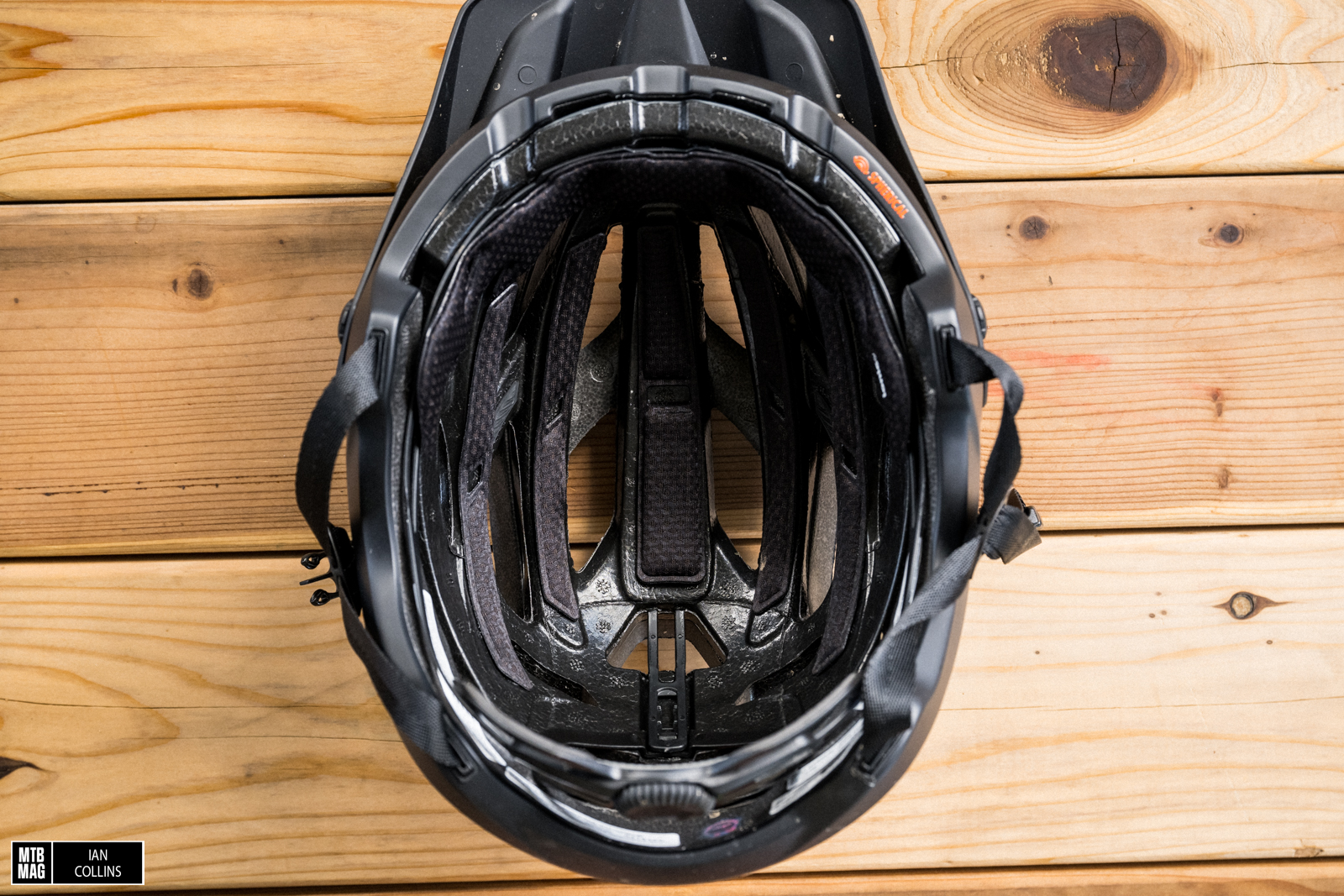 I found the Merit’s sweatliner to be very middle of the road – not too thick and not too thin. The plush padding is just abundant enough that it doesn’t load up with too much sweat, but it is still extremely comfortable 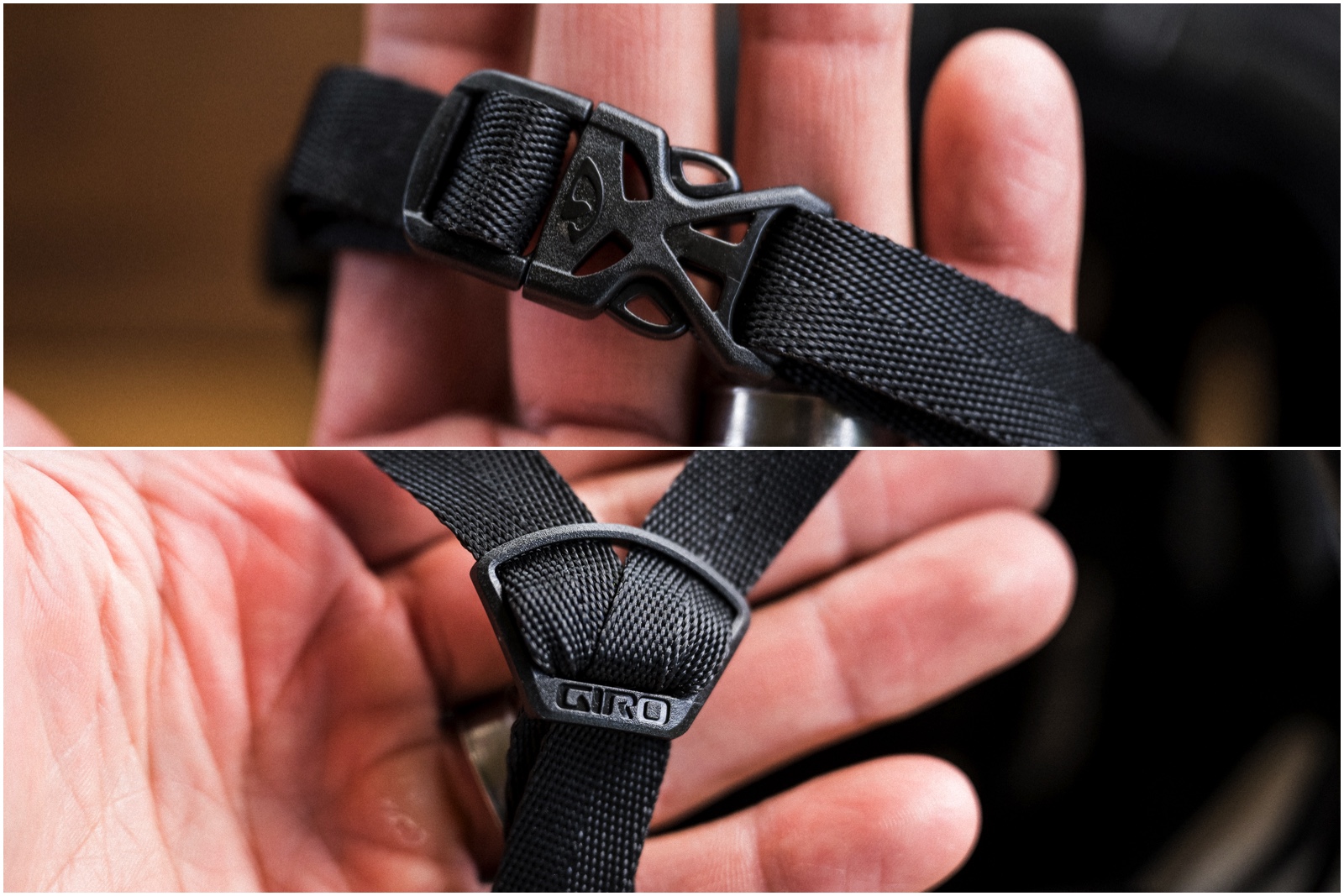 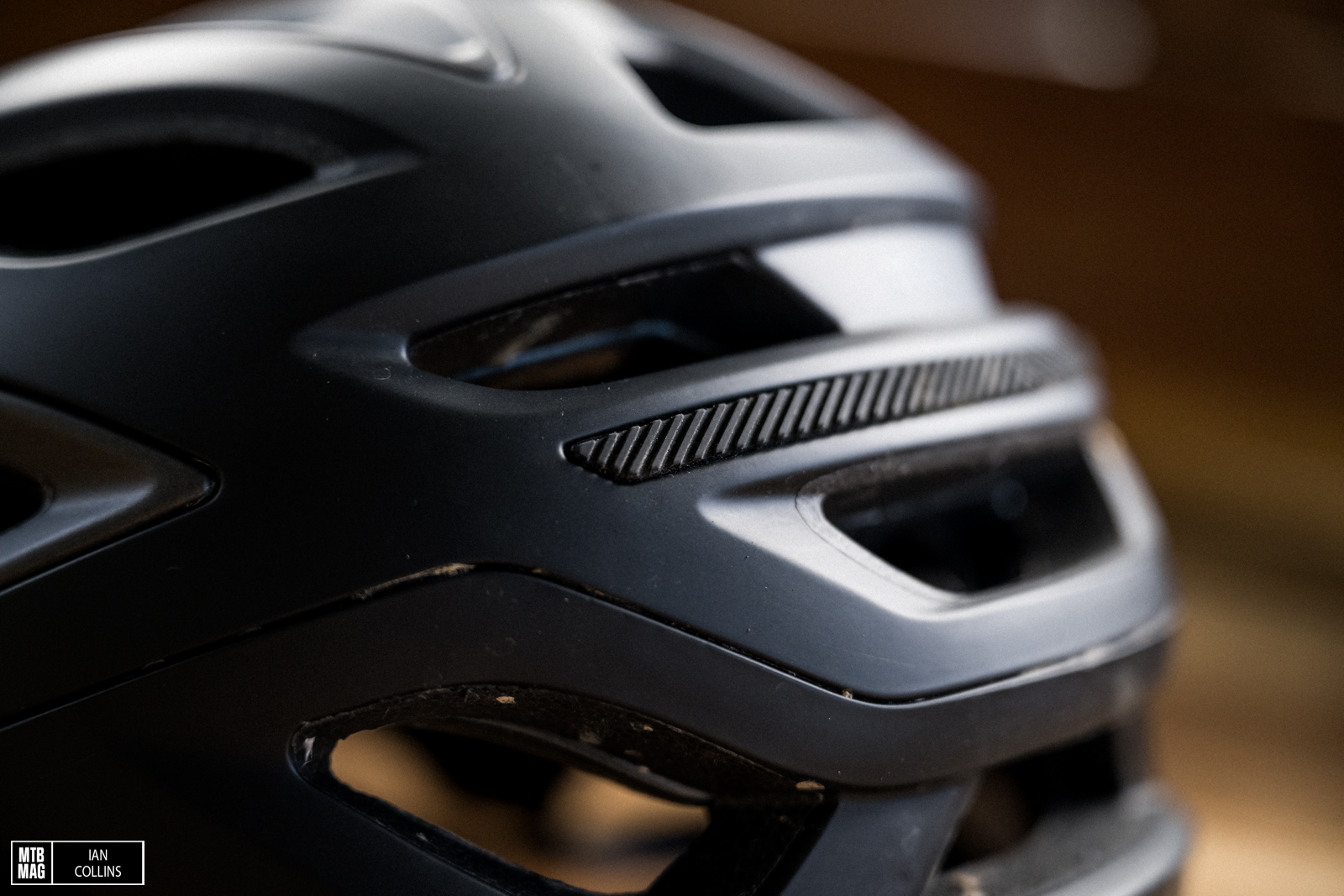 Out back there is a section of grippy rubber, presumably aimed at preventing goggle strap slippage. Oddly enough however, with somewhat limited height adjustment to the visor, this lid wasn’t exactly the best candidate for goggle use. That is fine by me as I don’t wear half lids with goggles, but worth pointing out as it might be a deal breaker for some riders…

When I first pulled the Merit out of the box and popped it on my melon I was genuinely shocked by how comfortable it was. The sweatliner is velvety soft to the touch and all throughout even my longest rides it remained a highlight of the helmet’s high end feel. With 20 vents and nicely streamlined channeling throughout, it certainly ran on the cool side. That said, I have worn helmets where I could feel the air flow a bit more. Those helmets have generally had slightly larger brow ports or front vents, and it’s worth pointing out that the Merit’s sweatliner does block the two small brow ports it does feature. With that in mind, that air flow surely does help manage sweat buildup in the liner. As far as stowage for glasses, this lid played nice with my Rapha glasses as well as two pairs of Smith glasses as they securely stashed in the vents shown below. 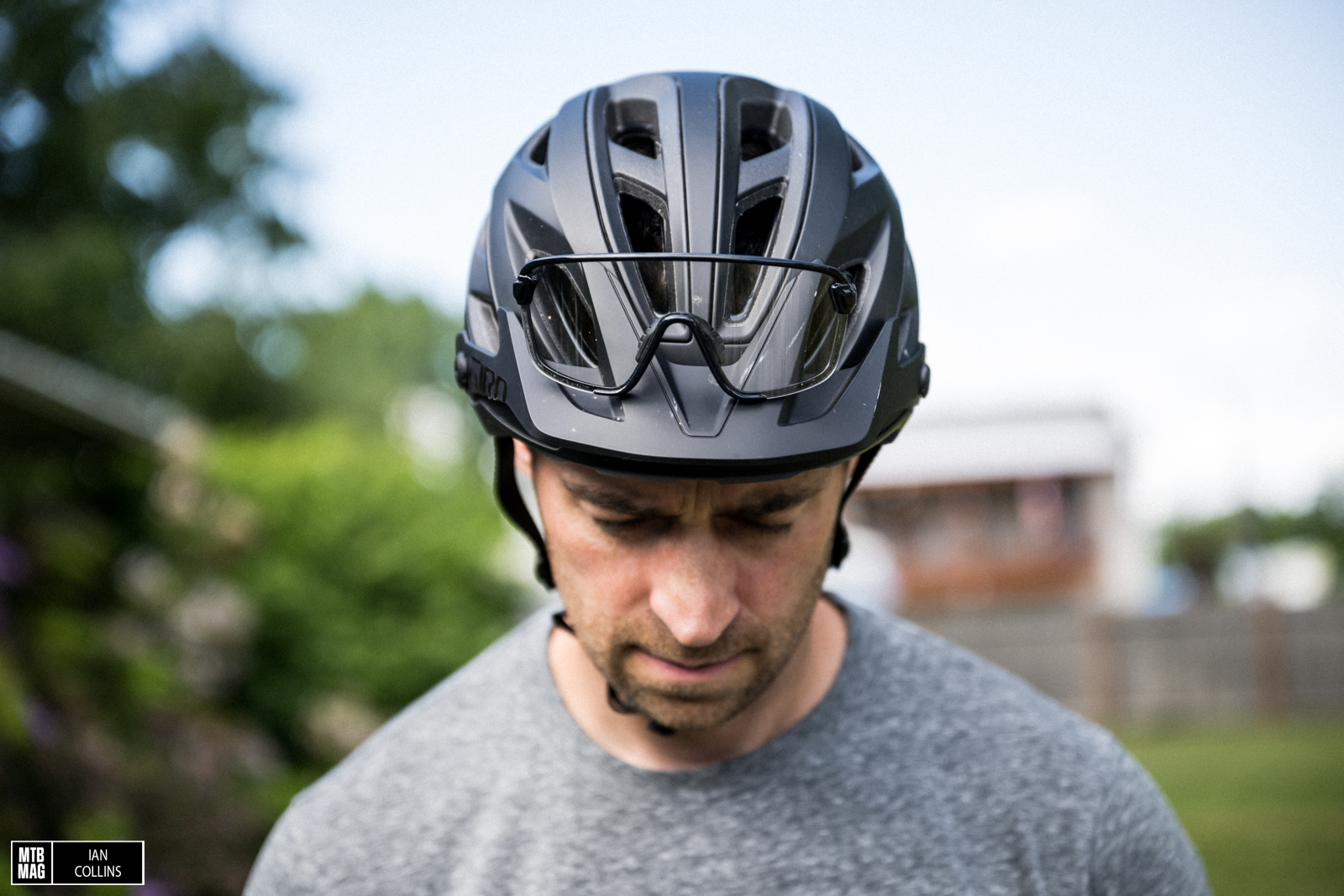 As far as fit goes, the size Medium fit me perfectly, as expected, and got along with my head’s shape nicely – no pinches or hot spots. I feel like there is ample room to go in either direction and either open or snug things up with the RocLoc as necessary, so 3 sizes should manage to cover a broad range of head sizes and shapes effectively enough. The RocLoc itself was super comfortable and provided nice, even pressure distribution while being easy to operate. The shell’s coverage is spot on – it’s about what most riders will want and have come to expect from a “mid-duty” (read: not XC and not DH) lid these days. On the topic of the shell, fortunately I haven’t had any slams in the Merit but in theory I do think the concept of dual density foam is an excellent approach from a safety standpoint. Having a softer layer in direct contact with your head should make crashes of any scope a bit less consequential and painful, while you still have the structural rigidity from the denser outer section keeping you safe in catastrophic events.

In the grand scheme of things I’ve found the Merit to be an excellent offering. It remains the most comfortable helmet I’ve worn to date – certainly as regards its fit and feel. Essentially, once I put it on and head out for a ride it becomes an afterthought – just as it should be. The airflow is excellent all around, but purely anecdotally, I do feel like a notice just a bit more air moving front to back in my TLD A3. While I found the straps to be quite comfortable, I must say that I’ve grown quite accustomed to and fond of FidLock buckles. For a pricier ($220) premium offering I do think Giro could stand to include one…All in all, that’s a short list of complaints. Perhaps what could be best its best feature is its most subtle – MIPS Spherical. While I luckily haven’t tested its safety out, I am confident that it’s top rate and I also appreciated that MIPS Spherical is quieter and more sleekly integrated as it’s devoid of an annoying plastic liner. All in all the Merit is a premium offering – it is priced as such and delivers accordingly – a great option for those who place a high value on safety and comfort.