We first laid our mitts on a prototype pair of the Sensus Lite single clamp grips way back at Sea Otter and right away we were itching to try a set long term. Cam and Howie Zink were nice enough to fire out a set of preproduction grips for us to get jamming on. After a few months of riding them, the production version wrapped up and we nabbed a couple sets of them for more formal testing. The main update with the final version is a slightly smaller diameter and more robust end cap. 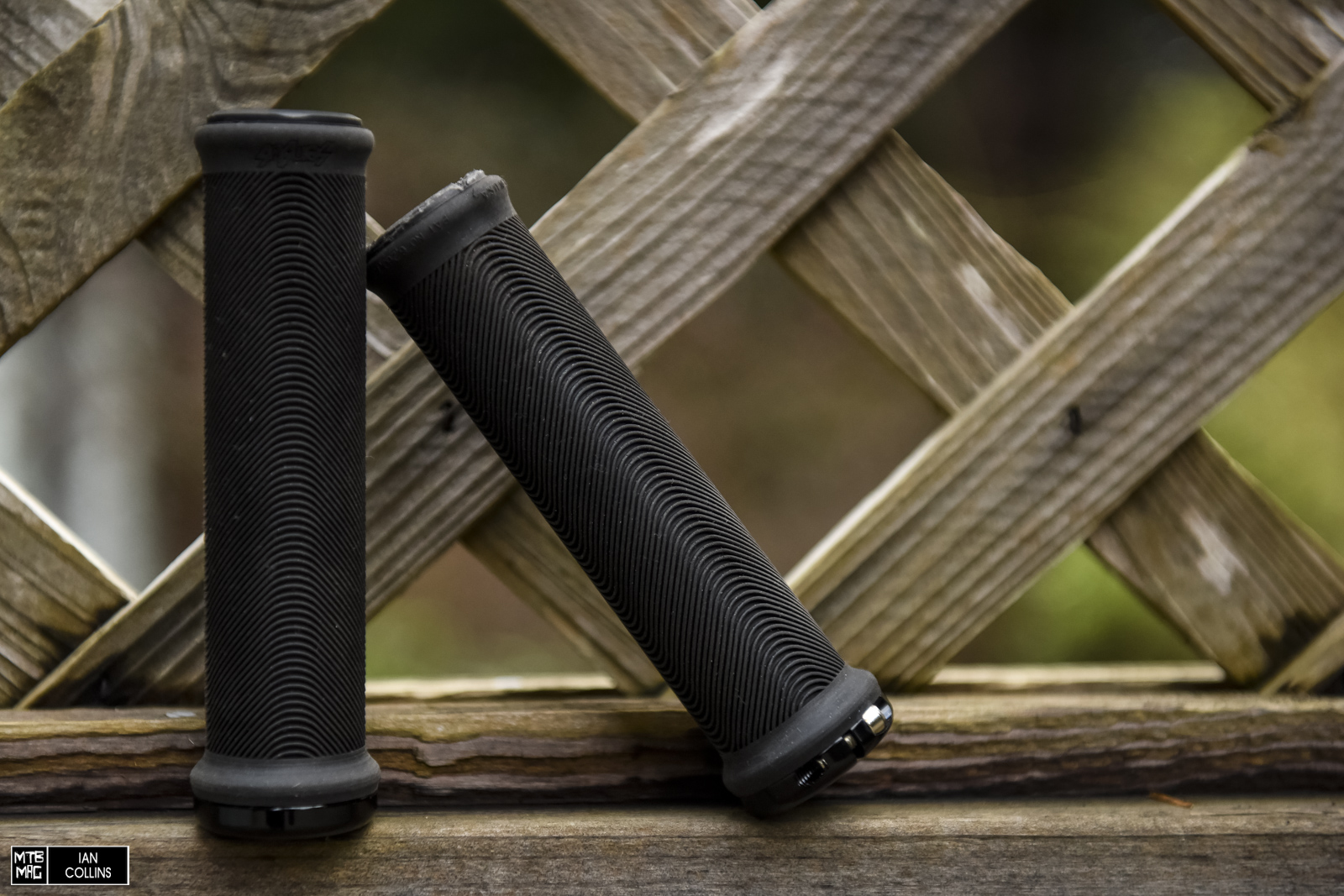 The first thing you’ll notice about the Sensus Lite is that they’re quite thin (ours measured around 30mm) and since they only use a single clamp and a low profile, built in endcap they’re also not that wide.  This means that if you slap them on a handlebar that might be a bit too narrow, suddenly that bar feels a bit wider. Dimensions aside, it’s likely the tactile elements that you’re most interested in. Well, they’re quite soft and pliable, especially considering how thin they are. Compared to the original and highly lauded “Swayze” grip, the Lite boasts the same pattern but with tighter, smaller ribs.  According to Cam they don’t “crush” as much as the OG Swayzes but we still found them quite soft and grippy. 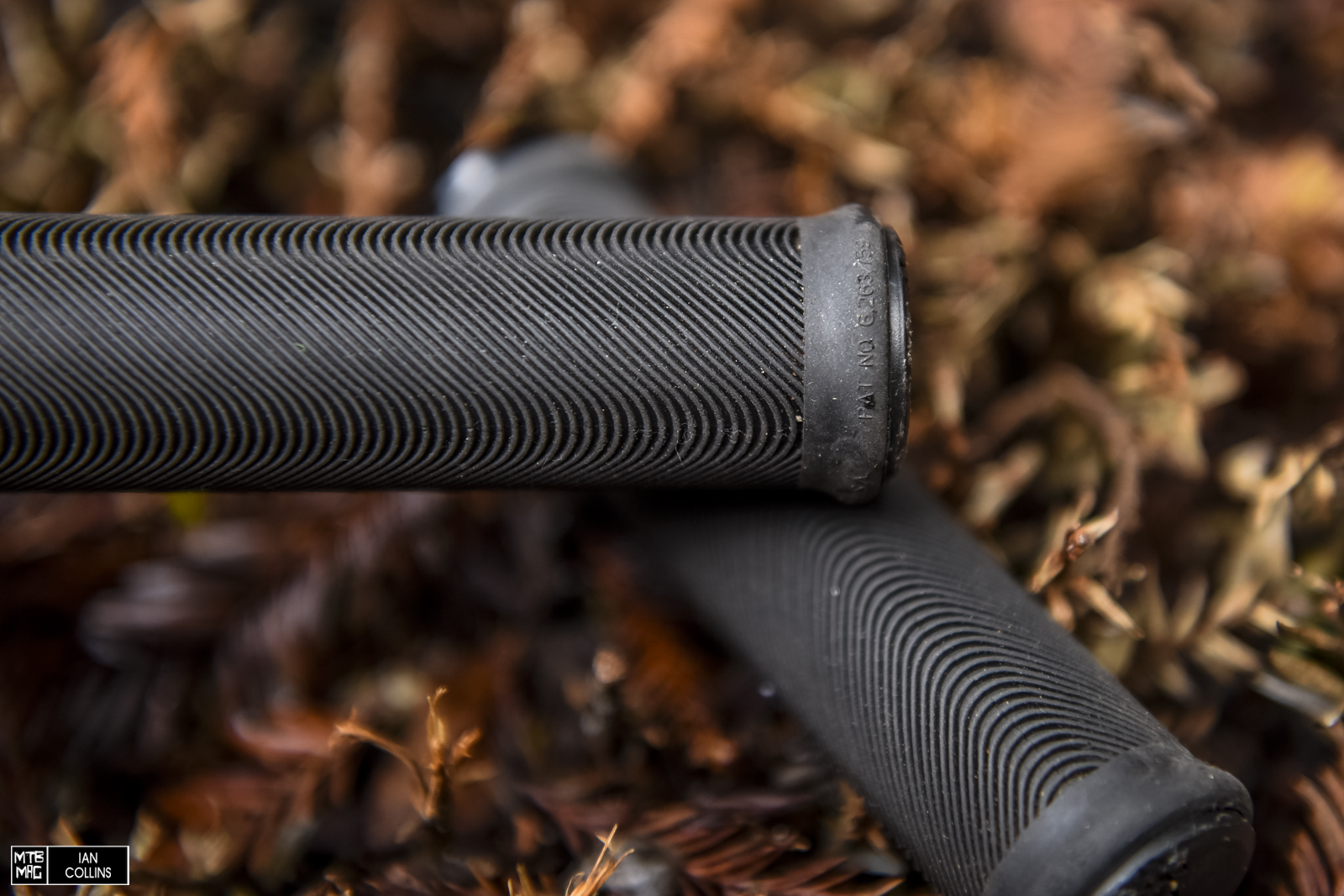 When you start to hone in on the finer details, you’ll notice a couple of things: First off, the single clamp design is pretty sick. There’s half the hardware to fuss with and instead of a 2.5mm allen key, it uses a 3mm which is far less apt to strip out. Riders who tend to grasp toward the outer edge of the grip won’t be irked by an aluminum clamp under the butt of their palm since it’s simply absent. Most single clamp grips feature relatively weak end caps that are made of rubber which is part of the grip’s mold. Sensus co-molded a hard plastic cap on the end but made it low in profile and had their soft flange taper up and over the aforementioned hard cap to make it even more comfortable, yet still durable. After a few mishaps you can see in the picture below that our end caps have held up pretty well. 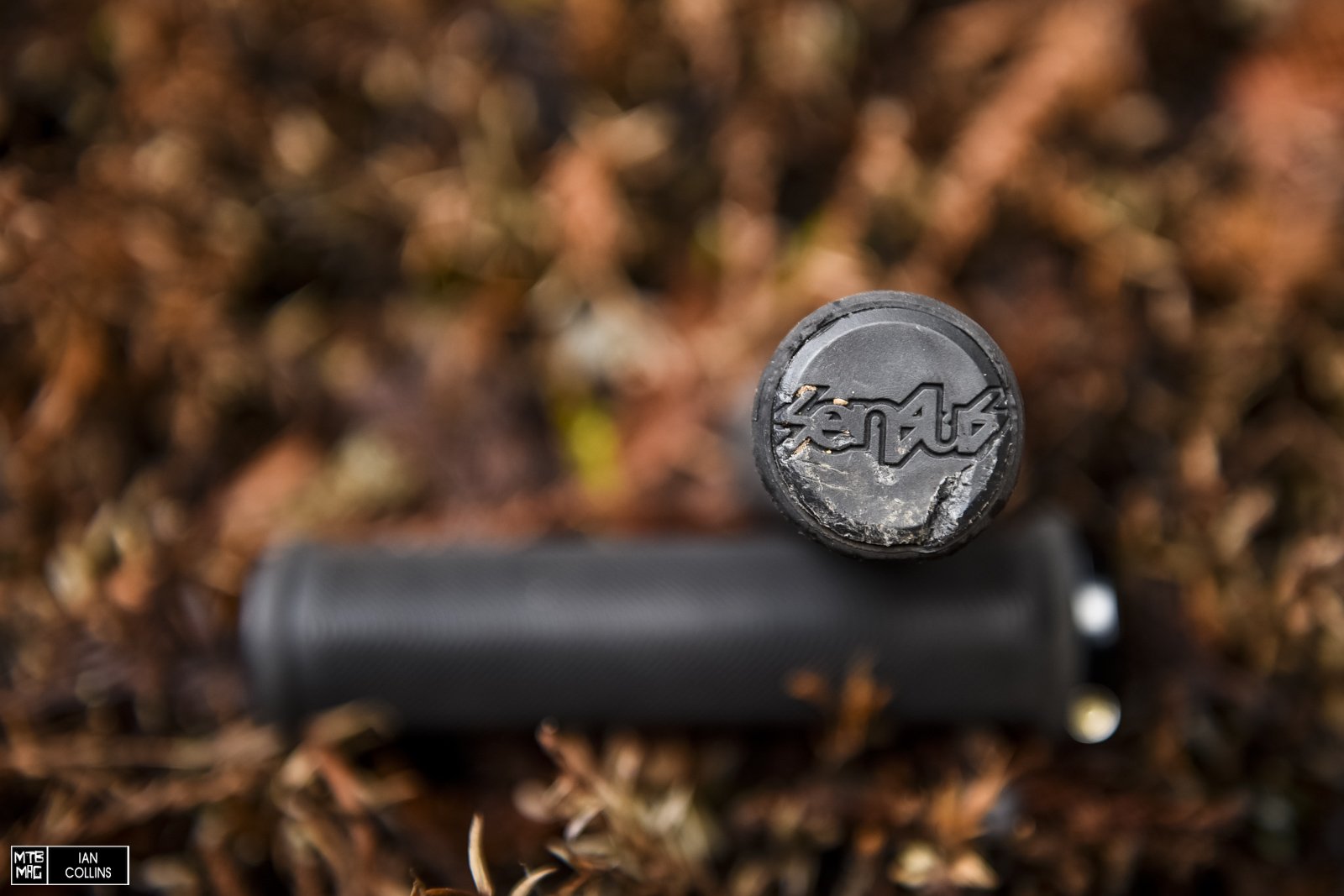 So you’ve already gotten an earful about the technical details and design elements behind the new Sensus Lites, but what’s most important is how they actually felt on the trail. Well, right away the grips felt extremely comfortable.  However, keep in mind that they are quite thin and soft and that’s not for everyone.  Riders who want a really hard grip or a big, fat grip like an Oury need not apply. 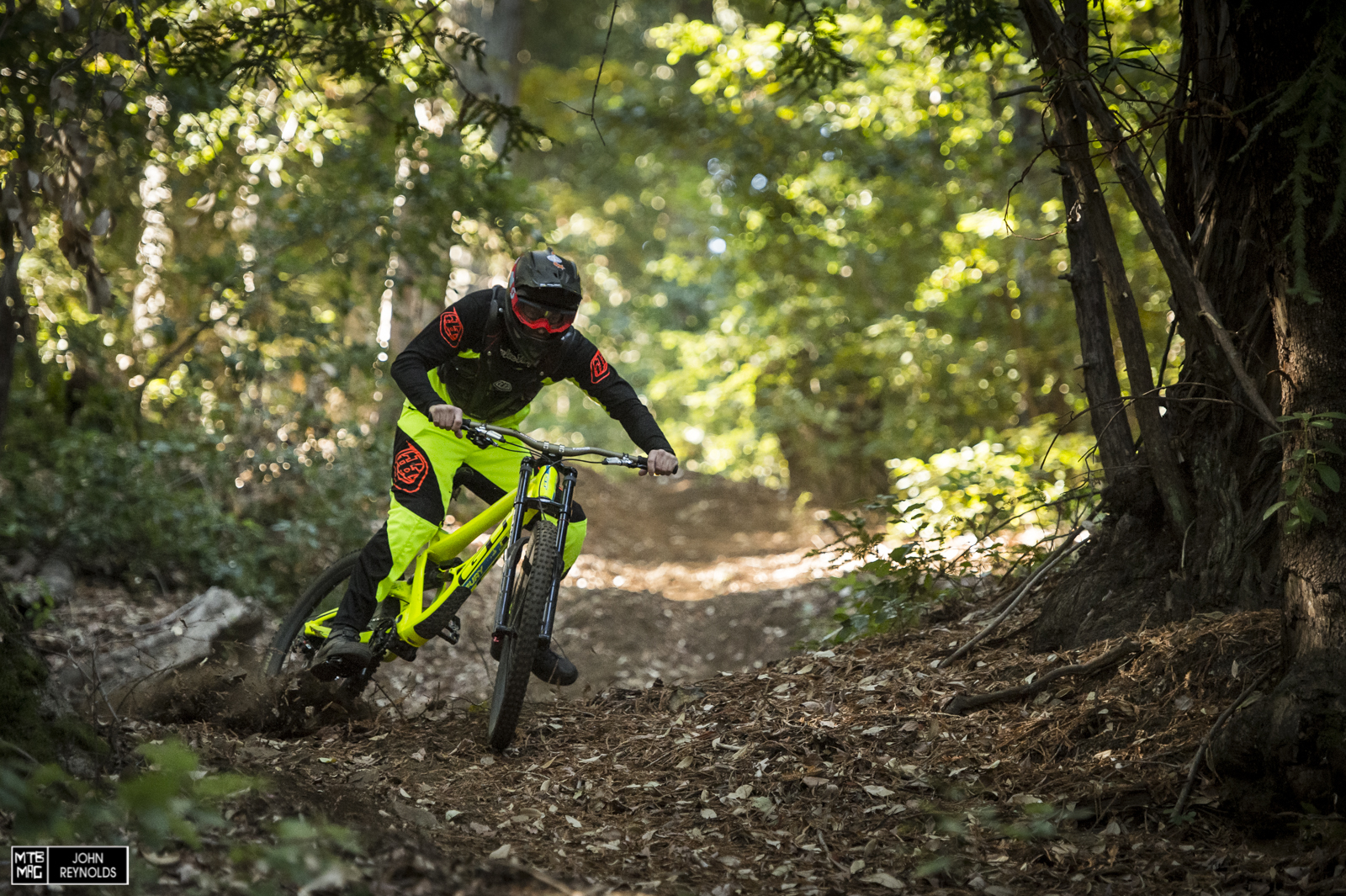 Since we ended up with a few pairs of them, we been riding the Lites on our slope, trail and DH bikes for an extended amount of time.  If you’re a gloveless rider, these are some of the most comfortable grips that you’ll ever run.  But…if you are sweat a lot or live in a warm climate, these aren’t exactly ideal without gloves. Keep in mind, most riders wear gloves; especially those in warmer climates. Our test rider doesn’t, and lives in the Santa Cruz area where the temperatures aren’t all that hot or all that cold. On the warmest days in the 80’s (F) the Lites got a little slippery, but when worn with gloves in the same temps, we had no issues at all. One thing that we really appreciated was the ability to ride with our hands way out on the outside of the grip (see the pic above).  As for durability, the wear has been excellent.  We’ve been pounding on a few pairs for a few months and they’ve held up nicely and worn evenly without showing hints of any shortcomings.

In the grand scheme of things, this is yet another fantastic offering from Sensus. As a rider owned company, they’ve been doing a great job of offering grips that appeal to riders with a wide variety of personal preferences and the Lites are no exception. Quite some time ago we gave big boss man Cam Zink a hard time and told him he needs to introduce a single clamp grip. He listened and blew the doors off with the Lites. We’d love to see Sensus offer a single clamp grip with all of these excellent design elements, but with a thicker, taller grip and more widely spaced ribs. Cam ain’t no dummy! So in all reality something like that might already be in the works. The takeaway point here is that this grip is ideal for anyone who: