Polygon UR – Fort William World Cup #2 from UR Team on Vimeo.

After a month break since the last World Cup the paddocks stopped at one of the most famous round, Fort William.

The dean of World Cups in Europe is still as demanding and unpredictable as ever. Fort William got us used to hard conditions but we couldn’t imagine something like this in June! Snow, rain and wind pushed the organizers, for safety reasons, to cancel Saturday’s qualifications and to pack everything in one day on Sunday. 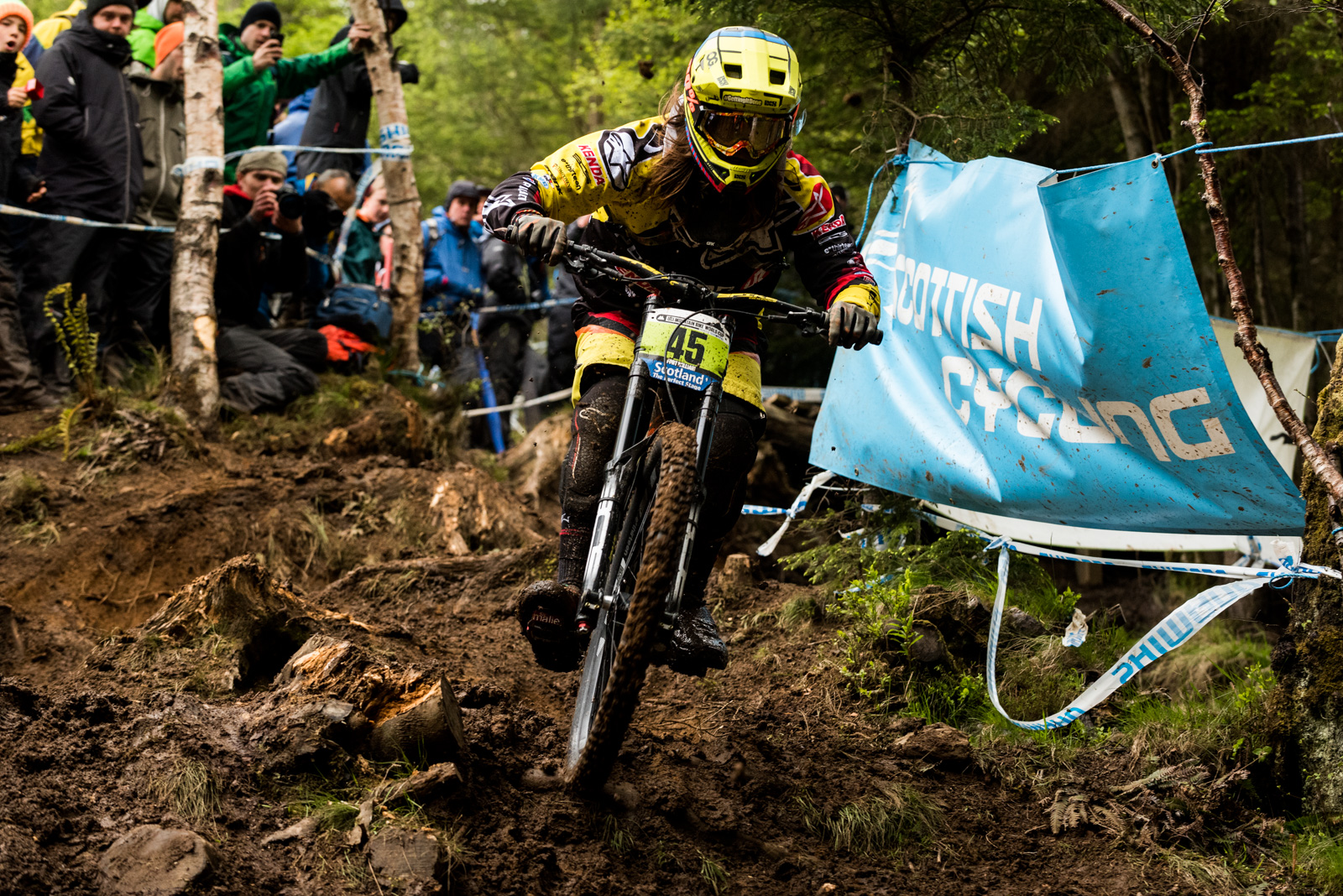 Our young rider Remy, for his 2nd ever World Cup, showed consistency and got an 18th position after his qualification run and a nice 11th spot for his finals. He is the first « 1st year » junior. Good odds for the future! Tracey was eager to prove that she was back 100% after her injury in Lourdes. In really slippery and technical conditions she took 4th place in quali. She was determined to go get that 1st she wants so bad, she went all in and unfortunately had a few crashes along the way. She still ends up 7th and gets important points for the overall. She is still 4th overall. 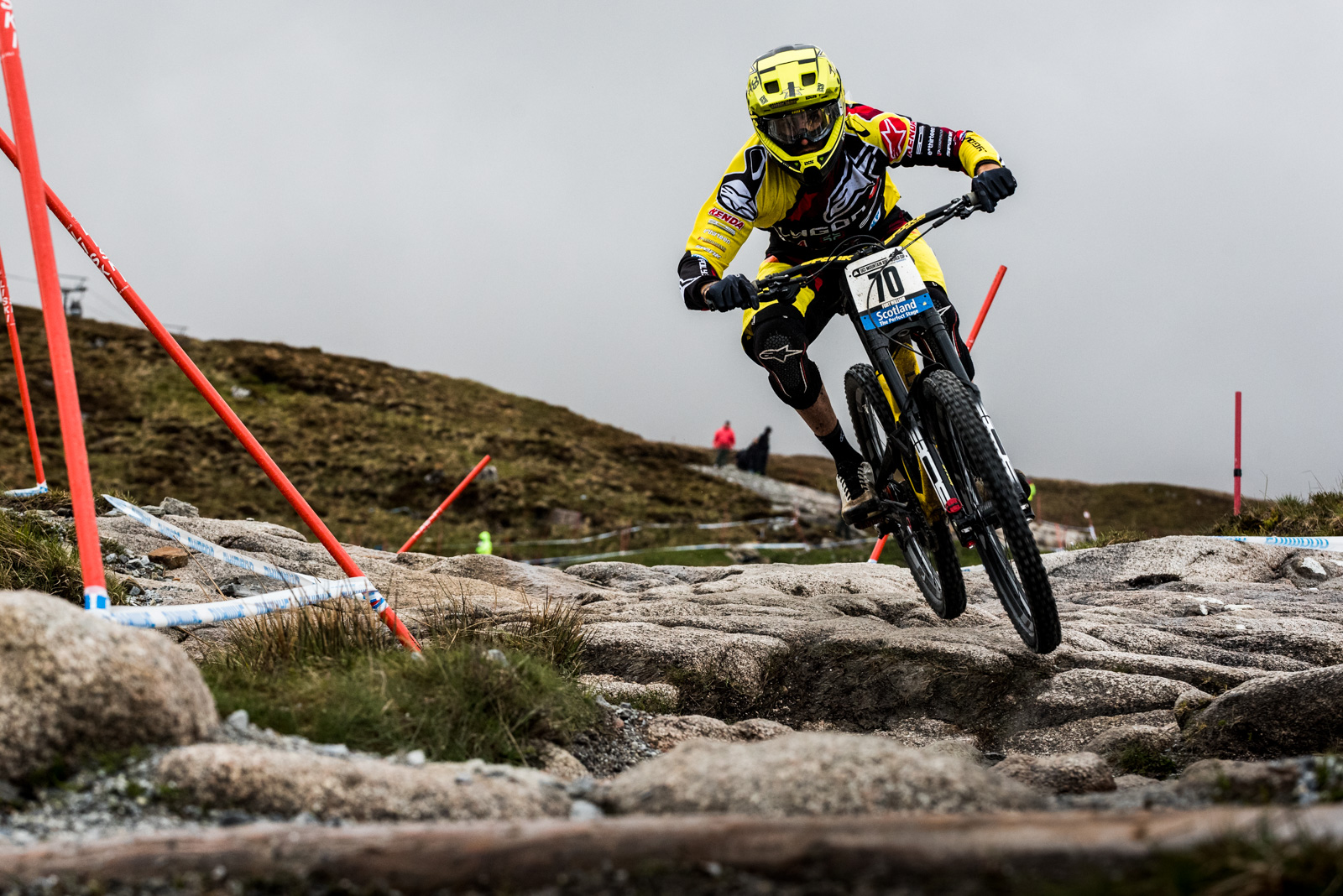 Mick and Andrew have been really out of luck lately! Andrew crashed last week during a testing session and hurt his back keeping him from going 100% during the race. Despite the pain he qualified 55th and thanks to his experience he still managed to get a 30th position in finals. 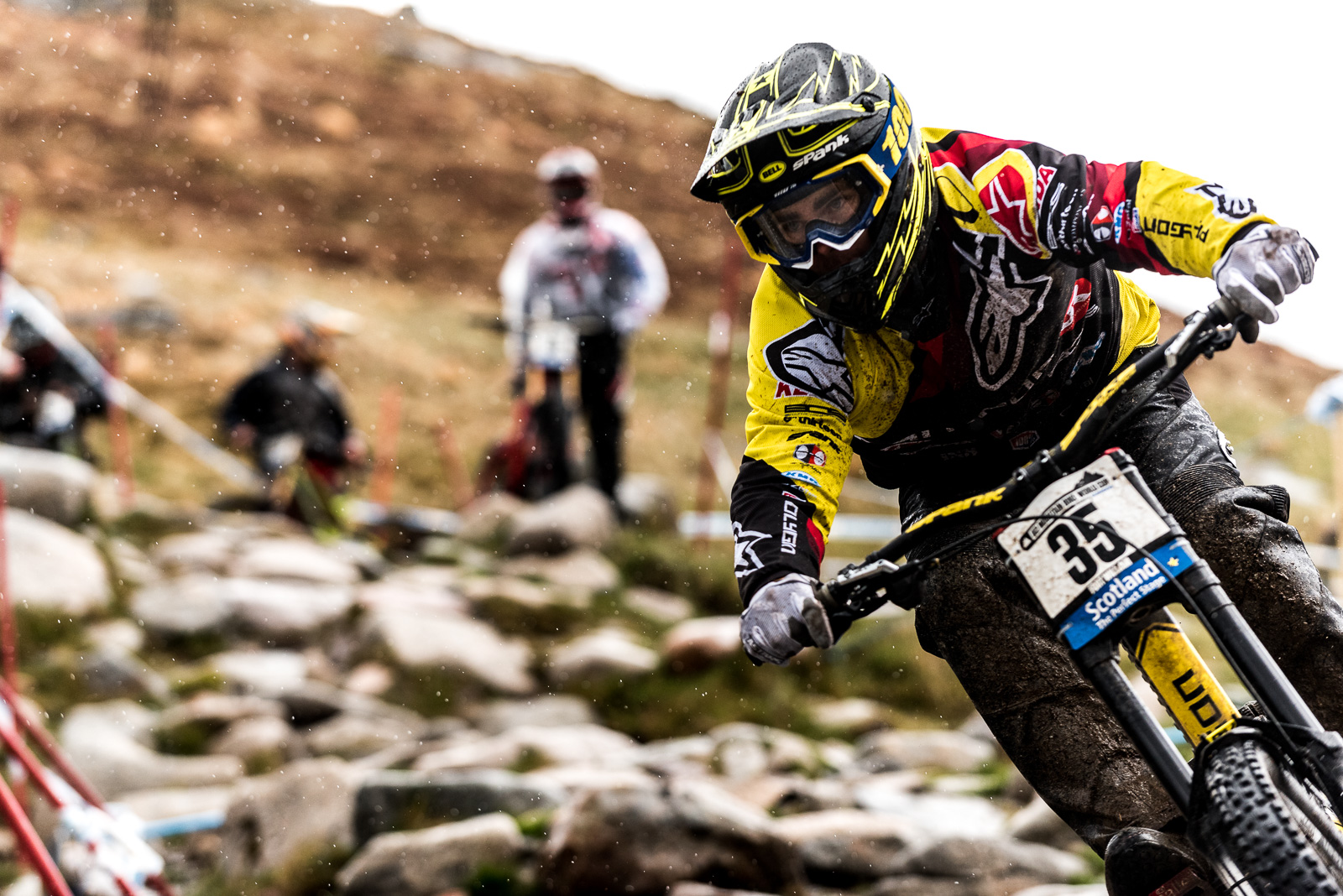 On Mick’s side a crash during trainings bro a bon in his hand. A small fracture but still handicapping. He qualified 30th. A crash during his race run kept him from having the run he wanted and crossed the line in 58th.

Despite the bad luck, the team stays motivated. Now it’s time to heal up and to get ready for the next race in Leogang.