BeMC is the one of biggest International Cycling Federation / Union Cycliste Internationale (UCI) stage races for individual mountainbikers in the world.  2017 will see 600 professional and serious amateur riders from around 20 countries taking part.   In addition, world champions participating include Tiago Ferreira, UCI Mountain Bike Marathon World Champion, Mathieu Van der Poel, the 2015 Cyclocross world champion, and Sally Bigham European Mountain Bike Marathon Champion.  The BeMC stands out because of it’s great atmosphere, combined with a tough and demanding course. This makes it one of the most popular mountain bike events in Europe as a result it has doubled in size since it started six years ago.

BeMC is one of the hardest mountainbike races in Europe.  As a UCI XCS class 1 status it is one of only four similar races around the world. Over three days, from the 12th to the 14th May, it will cover 260 Km / 8,000 altitude metres in La Roche-en-Ardenne, Belgium.” 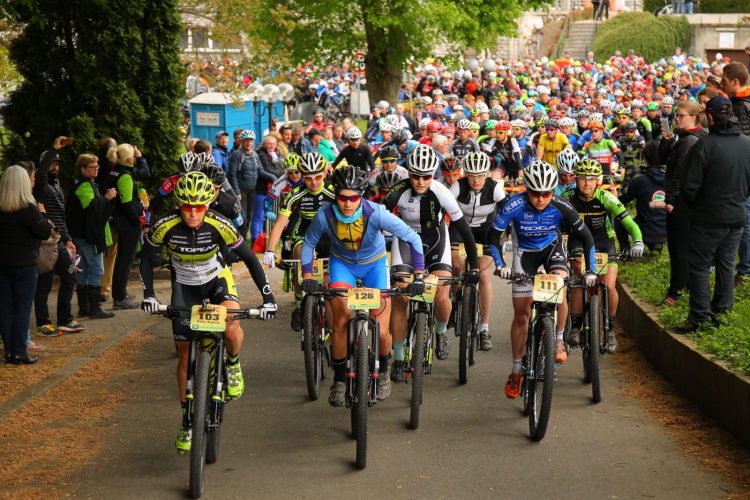 BeMC UCI is part of the international UCI calendar as a XCS S1 race which and is only accessible for Elite Men (or U23) and Elite Women (or U23). The BeMC Open is open to all other UCI-license holders as well as non-license holders. The minimum age to enter is 19 (born before 01/01/1999). 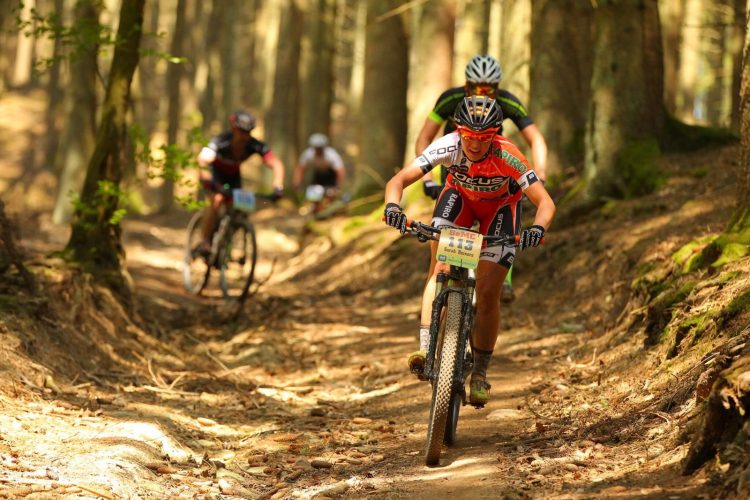 The BeMC distinguishes itself from other multiple day events in the Benelux by the difficulty of the stages and the quality of the field. Finishing the BeMC is something everybody, whether you are a professional or a recreational racer, can be proud of.

There are riders from 16 countries which are as follows:

The first stage no longer consists of two laps but is mainly inspired by stage two in 2016. The start takes the riders straight to the Parc à Gibier and is, to avoid traffic jams, completely on asphalt. The first off road climb comes after 4 km. The first 17 kilometers are mainly on wide forest roads, but contain some technical difficulties that make it very hard. When they first get a chance to fill up their bottles the riders already climbed 650 vertical meters, but the next 23 km until feedstation two in Wyompont are by far the easiest of the three days and allow you to recuperate a bit before entering a difficult loop in the forest near Wyompont.

On the way back from Wyompont to Buisson you have to overcome some technical parts near the river Ourthe and some steep climbs. The forth feedstation is again on the same spot in Buisson. The final will be one to talk about with two extreme hard climbs and dito technical descends. The long classic descend to the finish will be a relieve for most riders. The finish along the Ourthe in the beautiful garden of hotel Floreal awaits…

The queen stage of the BeMC is now on Saturday. The first 20 km are almost identical to those in 2016. In Houffalize we reach some new trails and ride other roads in opposite direction. The descend and climb on the former worldcup course is still present but will be about 10 km further in the stage, making it feel even harder. Just after Bonnerue we’ll join the “classic” course with among others the descend of the steep “wall of death”. Between Engreux and the last feedstation close to the barrage of Nisramont, it gets a little easier. The final with the legendary crossing of the Ourthe became a little easier as opposed to the previous editions but remains with 38 meters of climbing per kilometer for from simple.

The final stage may well be the shortest, but with an average of 33 meters of climbing per kilometer, a lot harder than the two previous stages. This stage consists of the laps north-east of La Roche. The famous wall of Borzée must be tackled twice. The second accent will be the final climb of the race and may be decisive for the overall win.

There are some new technical parts in this stage – one of which is a very spectacular decent to the castle – which can still make a difference close to the finish. This stage is perfect for spectators to see the riders several times and then enjoy the pasta party / BBQ with the riders after the race.

There is more technical detail on the BeMC website http://www.bemc.be/?lang=en

About the BeMC organiser

The organizer of BeMC is Koenraad Vanschoren. He was born on 13 May 1977 and is married with Lynn who helps him organise BeMC.  He has one daughter Jill (5y). They live in Brussels. He studied law at the Vrije Universiteit Brussels (VUB) and has a master LL.M. in international and comparative law.

Koenraad was / is a hobby mountainbiker and have been working for several smaller MTB organisations since 2002. Back in 2011 he had the feeling Belgium needed a real MTB stage race and decided to organise one, together with a good friend of his in 2012.  Now he mainly organises BeMC and the new BeMC Marathon, but also helps out at other UCCI MTB races including Alpentour Trophy in Austria and Crocodile Trophy in Australia. Together with a friend of his, he also organises the classification between the races for Sebamed MTB Series, a series of 9 MTB Marathons in Germany.

Born 2 september 1982. Lives in Ghent, Belgium. He is a truck driver and unsupported bike packer.

He will try to win this year’s Tour Divide.