SCOTT SPORTS Joins IMBA for a Trail Work day
Thanks to work on the Rush Flow Trail, Scott achieves IMBA “Above and Beyond” status

Salt Lake City, UT, June 2, 2015 – After a spring season of active participation with IMBA, SCOTT SPORTS has achieved “Above and Beyond” status as an IMBA corporate member. SCOTT is proud to be a strong supporter of IMBA, the International Mountain Bicycling Association. The company will continue to work with IMBA in 2015 on multiple fronts to strengthen engagement with trail users and to promote trail stewardship and advocacy in the mountain bike community.

“We’re pleased to be recognized as an IMBA ‘Above and Beyond’ supporter,” said Zack Vestal, Bike Marketing Manager. “Everyone in our office rides mountain bikes on the local trails. We view it as an important part of our culture, not just to be riders, but to be contributors to the community.”

SCOTT’s path to Above and Beyond status was completed in May, when several members of SCOTT’s office staff joined Trails Specialist Joey Klein from IMBA for a trail work day. They helped to shape upper sections of the Rush Flow Trail in Draper’s Corner Canyon network.

“The SCOTT Trail Build on the Rush Trail was a success!” said Klein. “We hand- finished several features and a new segment of trail before being chased off by rain.”

The Rush Flow Trail is a popular downhill-only trail in the Corner Canyon area. Several seasons of heavy use, followed by spring runoff, had left it in need of repair. Klein and his team started the project using light machinery and SCOTT staff helped to finish the shaping by hand.

SCOTT’s path to Above and Beyond status began with a cash donation to IMBA in the early part of 2015. Then in March, the company donated a Genius 750 bike to help incentivize participation in IMBA’s Spring Membership drive.

Partway through the drive, IMBA’s Associate Director of Membership and Development Rod Judd said, “In 2014, IMBA’s spring membership drive earned approximately 1,200 memberships during a 12 week campaign March through May. So far, just three weeks in to the 2015 campaign, we have 1,816 signups.”

Judd continued, “So on behalf of all the local IMBA chapters that are adding member headcount and membership revenues to their efforts, I’m obliged for SCOTT’s involvement offering prizes.”

IMBA Corporate Members provide critical funding for the most important advocacy and trail access programs. By contributing as an Above and Beyond member, SCOTT SPORTS is helping to fuel growth and participation in the sport, and ultimately helping to secure the future of the sport of mountain biking. 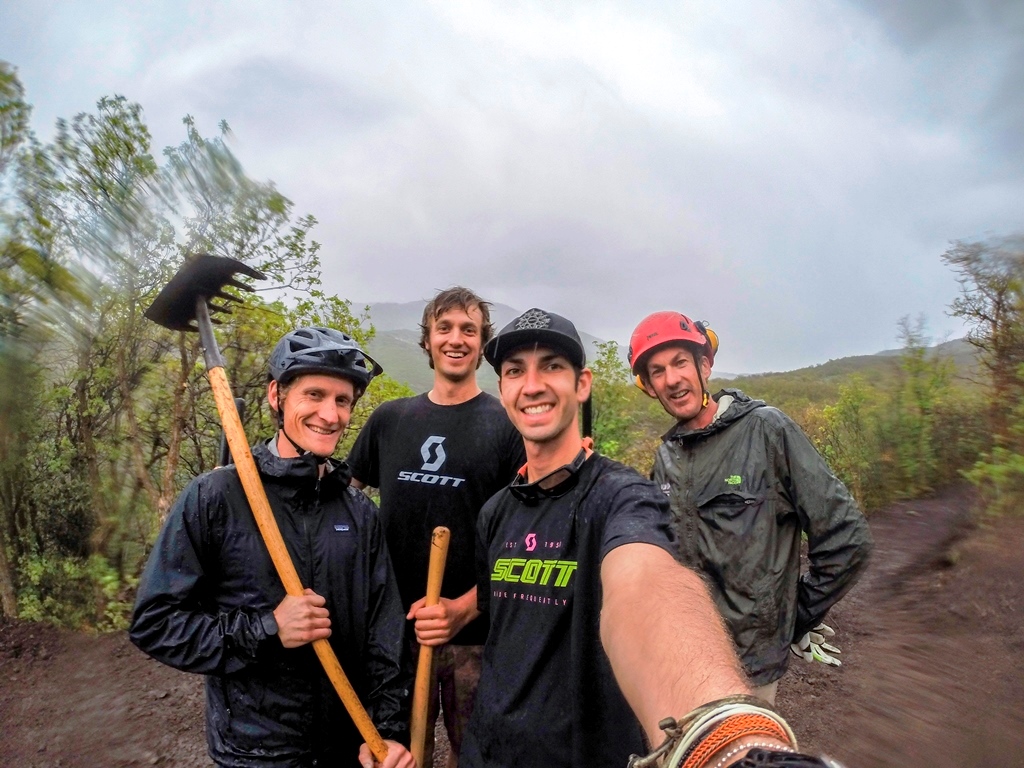 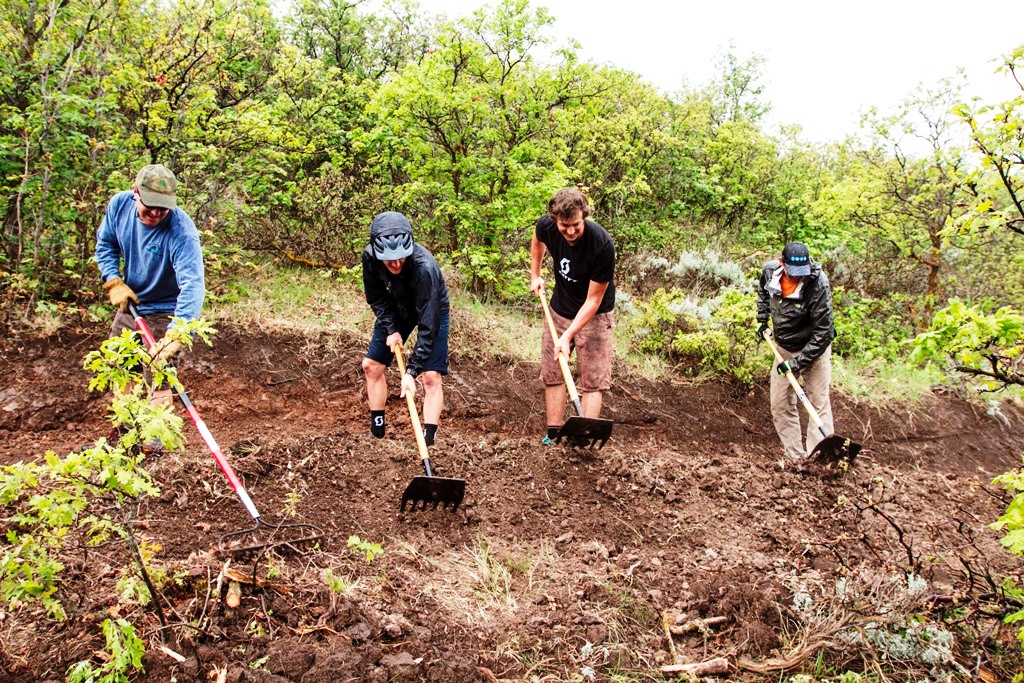 Scott-IMBA_dig22 – After the trail is roughed-in by machine, the crew sets to work shaping and smoothing the tread. Photo by Nick Hansen/SCOTT. 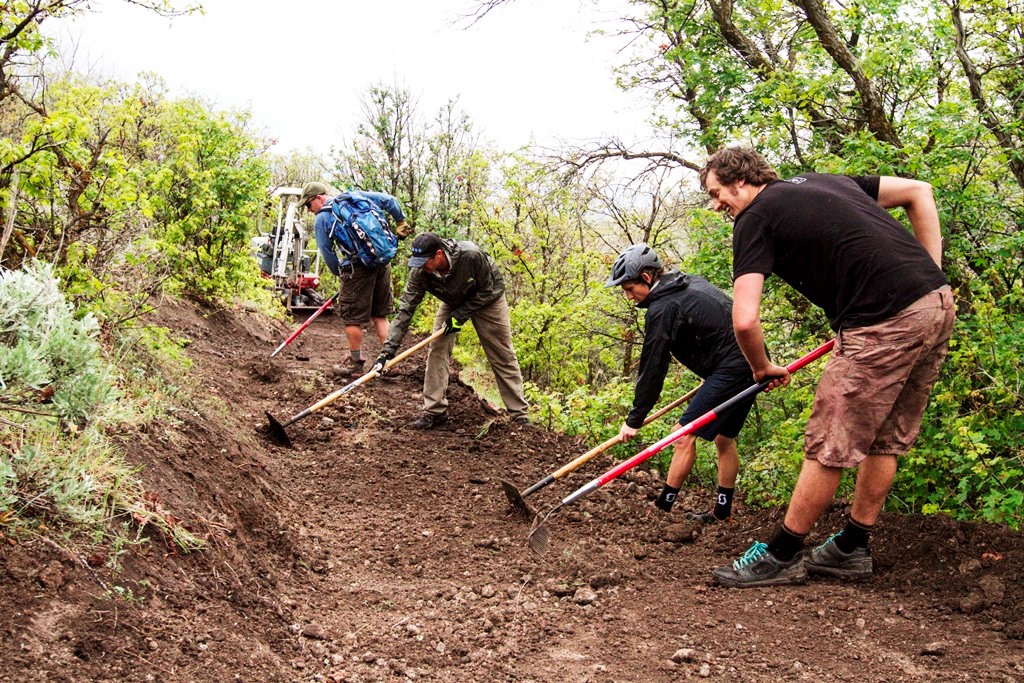 Scott-IMBA_dig27 – Heavy rain in the month of May left the soil damp, but workable. Photo by Nick Hansen/SCOTT. 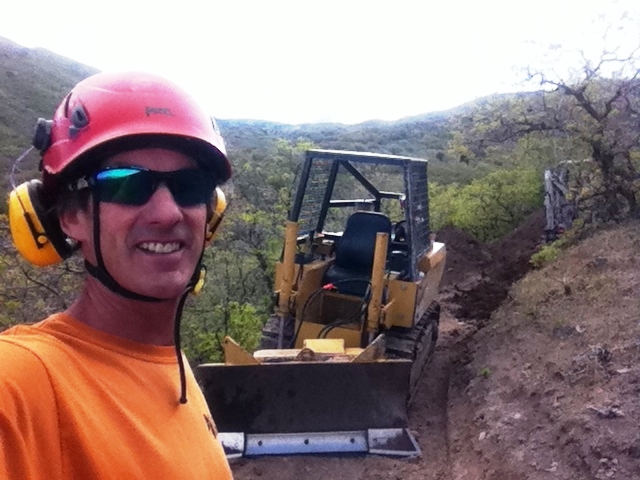 IMG_9407 – In the days leading up to SCOTT’s dig day, IMBA Trail Specialist Joey Klein started the project with a small bulldozer. Photo by Joey Klein/IMBA. 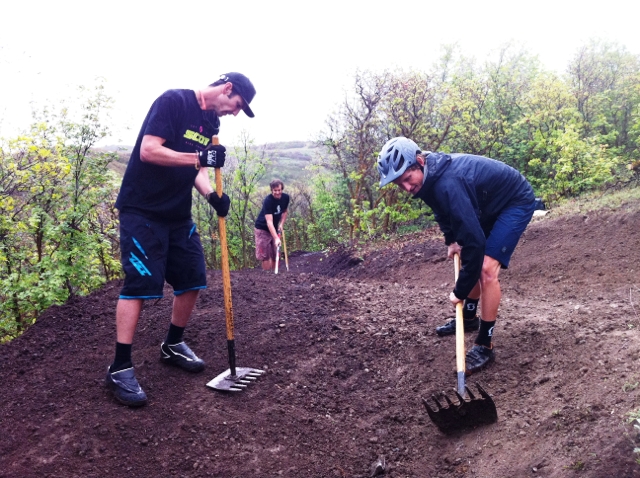 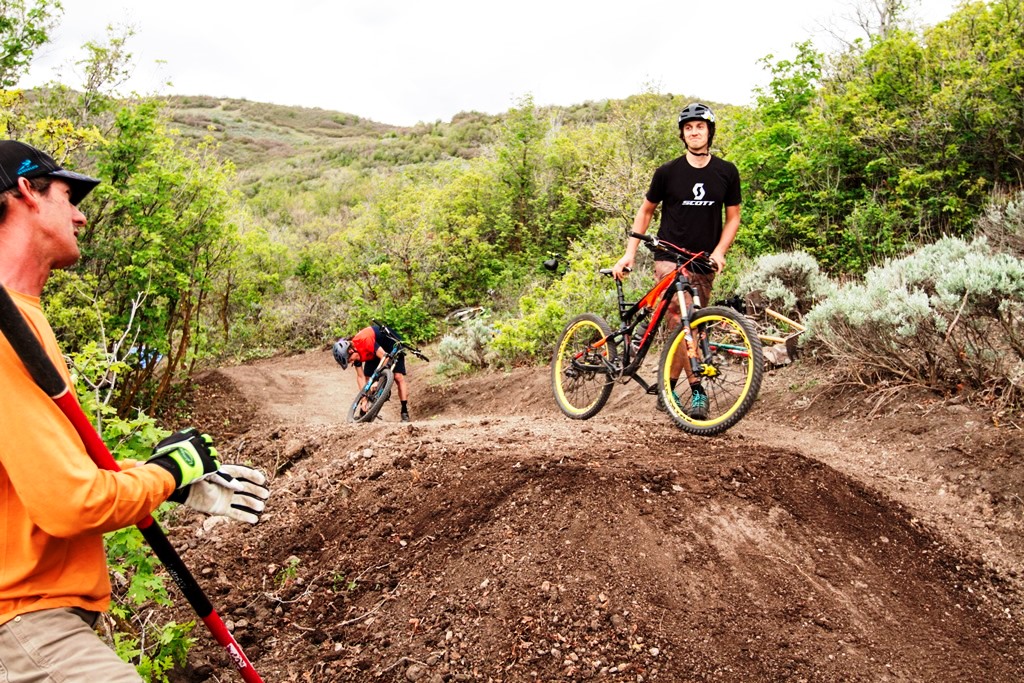 Scott-IMBA_dig12 – Sasha Yakovlev tested and approved one of the completed tabletops. Photo by Nick Hansen/SCOTT. 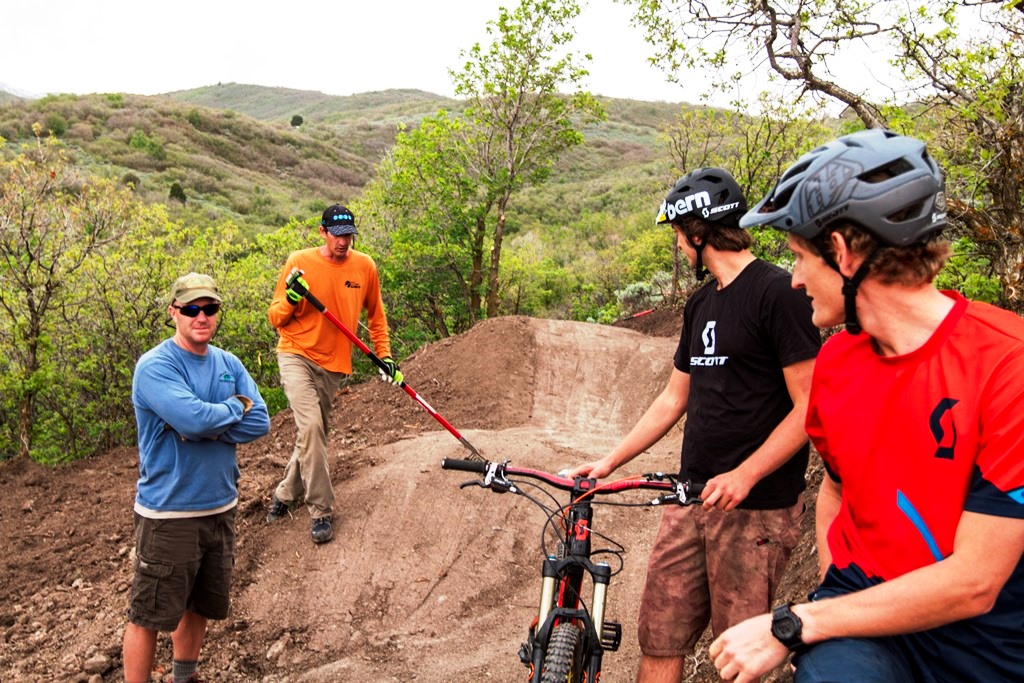 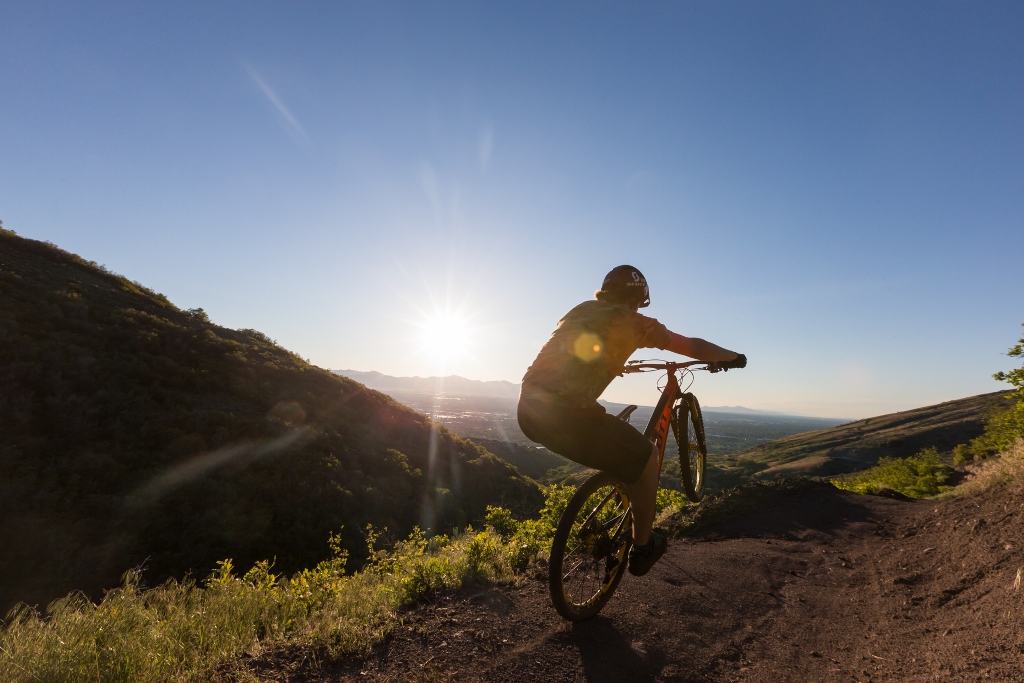 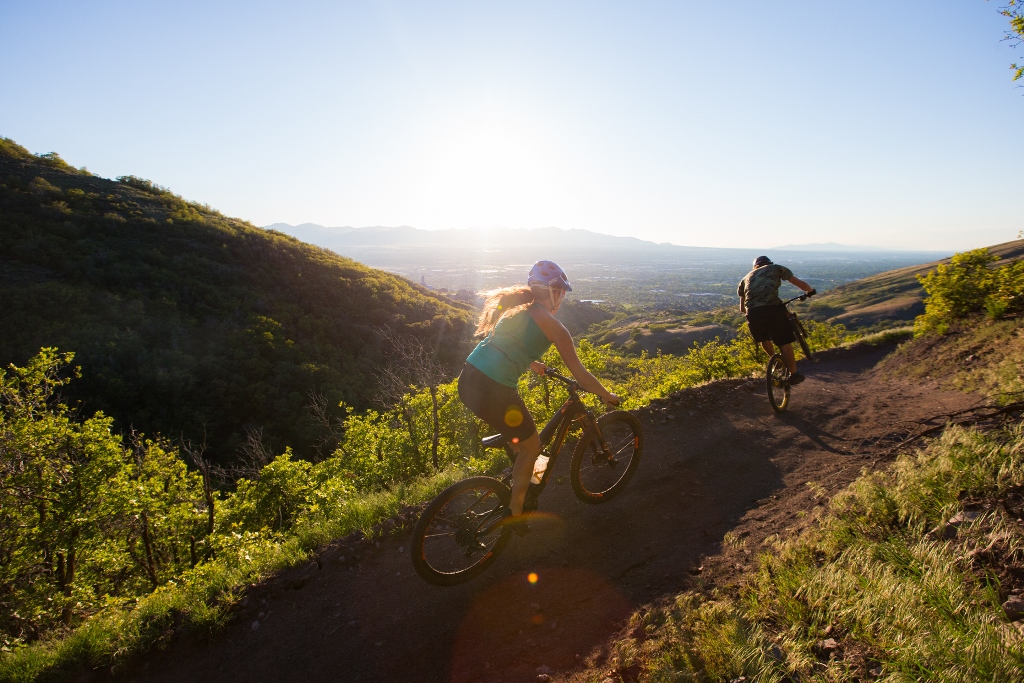 MIkeSchirf_E64Q0357 – The newly buffed out Rush trail is ready for springtime and the riders of Salt Lake City. Photo by Mike Schirf.

[Video] Bernard Kerr The First Whistler Shred of the Season