The looped route – starting and finishing in Worcester – included some back-breaking climbs and rocky surfaces, giving rise to many tyre problems throughout the field.

The sun also made conditions difficult for some of the backmarkers. 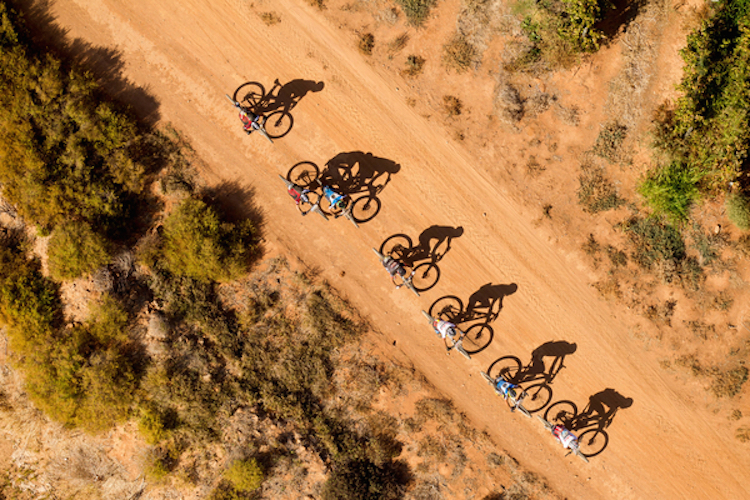 But the top contenders for the overall win all managed to get through without much drama and the yellow zebra jersey remained on the shoulders of the Investec-Songo-Specialized team of Swiss Christoph Sauser and his Czech teammate Jaroslav Kulhavy. At one stage the lead had grown to over six minutes, but the big guns behind them – not too concerned about Buys and Beukes because they are not a threat in the overall general classification – closed it down a bit over the three closing “Skyscraper” climbs.

Topeak Ergon’s Kristian Hynek of the Czech Republic and Austrian Alban Lakata finished together with Sauser and Kulhavy, three-and-a-half minutes behind the South Africans.

In the ladies category once more Annika Langvad and Ariane Kleinhans were unbeatable!

Bike of the week: Ibis Mojo