Wednesday, August 17, WHISTLER, BC —Bas Van Steenbergen redefined the meaning of the word in the “hot seat” on Wednesday at Crankworx, sweating out 30 full runs in first spot, from the top downhill racers in the world, to win the Fox Air DH.

Temperatures are soaring in the mountains, leaving the courses hot, dry, dusty and rutty for the 10-day festival as Whistler plays host to 1200 riders and 130,000 spectators.

“That was nerve-wracking; it wasn’t the greatest. I would rather have dropped in a little bit earlier next time,” said Van Steenbergen, who lives and trains in Kelowna, B.C.

Like many of the racers who grew up in the Crankworx scene, he has put in his time, making the pilgrimage to Whistler to race for the last six years. This was his top Crankworx result.

“I got a fourth in Les Gets in Speed & Style and then a fourth here in Speed & Style, but this is definitely the highlight,” he said, sweat pouring down his brow under the blazing sun in the finish corral. 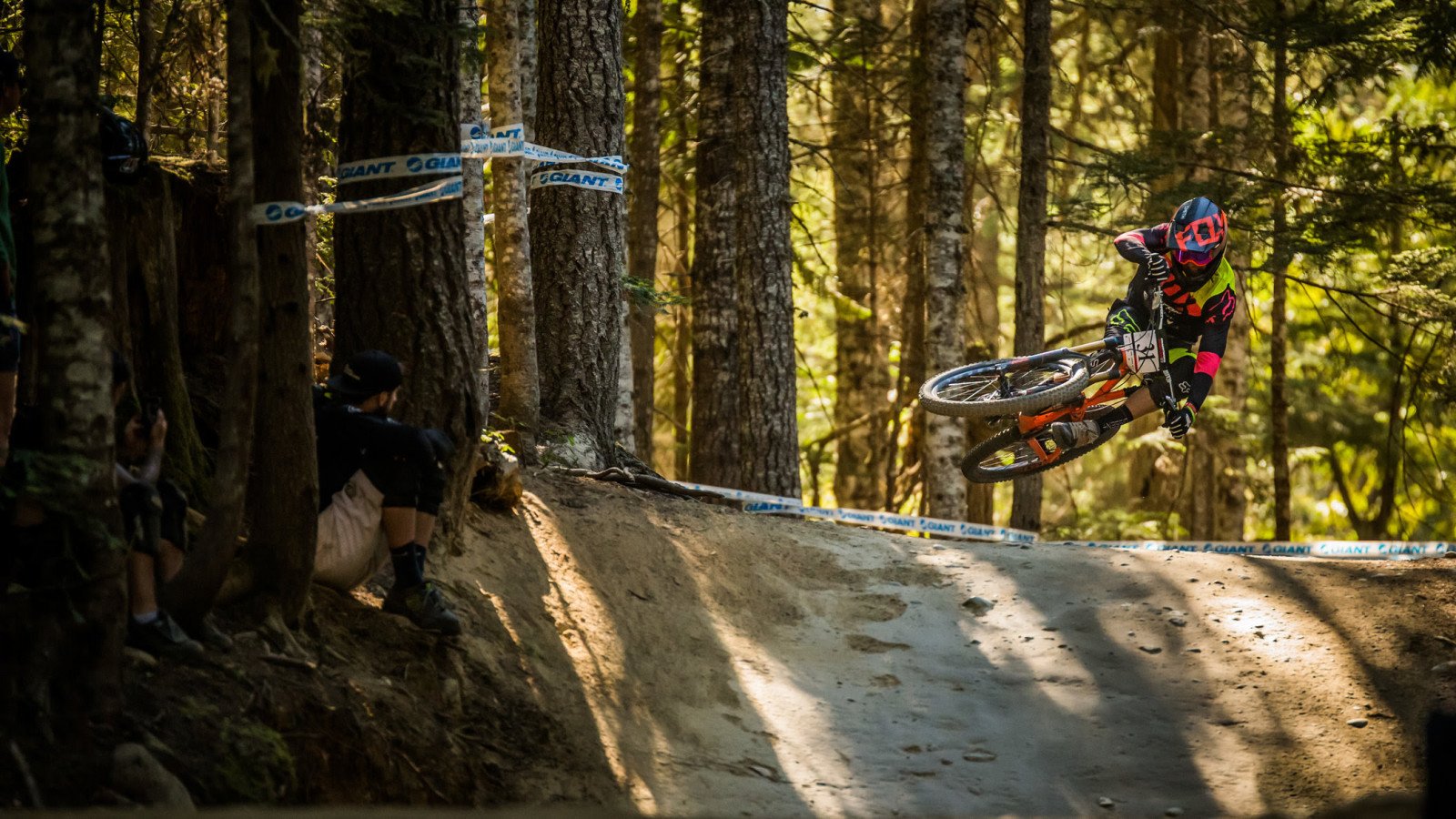 Van Steenbergen and his older brother, Tom, gave the crowds quite the show just four days before during the first live broadcast event of the festival. Tom nailed the first double backflip in Dual Speed & Style history to achieve received the first perfect 100 ever awarded in the judged sport, which sees the riders races the clock and another competitor, while delivering freestyle tricks along the course.
The Fox Air DH is one of three downhill races at Crankworx and American Jill Kintner made her star shine a little brighter after bringing in her fourth win in the event, and moving her ever-closer to securing the 2016 Queen of the Crankworx title. The title is bestowed on the athlete who accrues the most points for out-competing the field in all disciplines on all levels, and Kintner has enjoyed a strong lead all week. 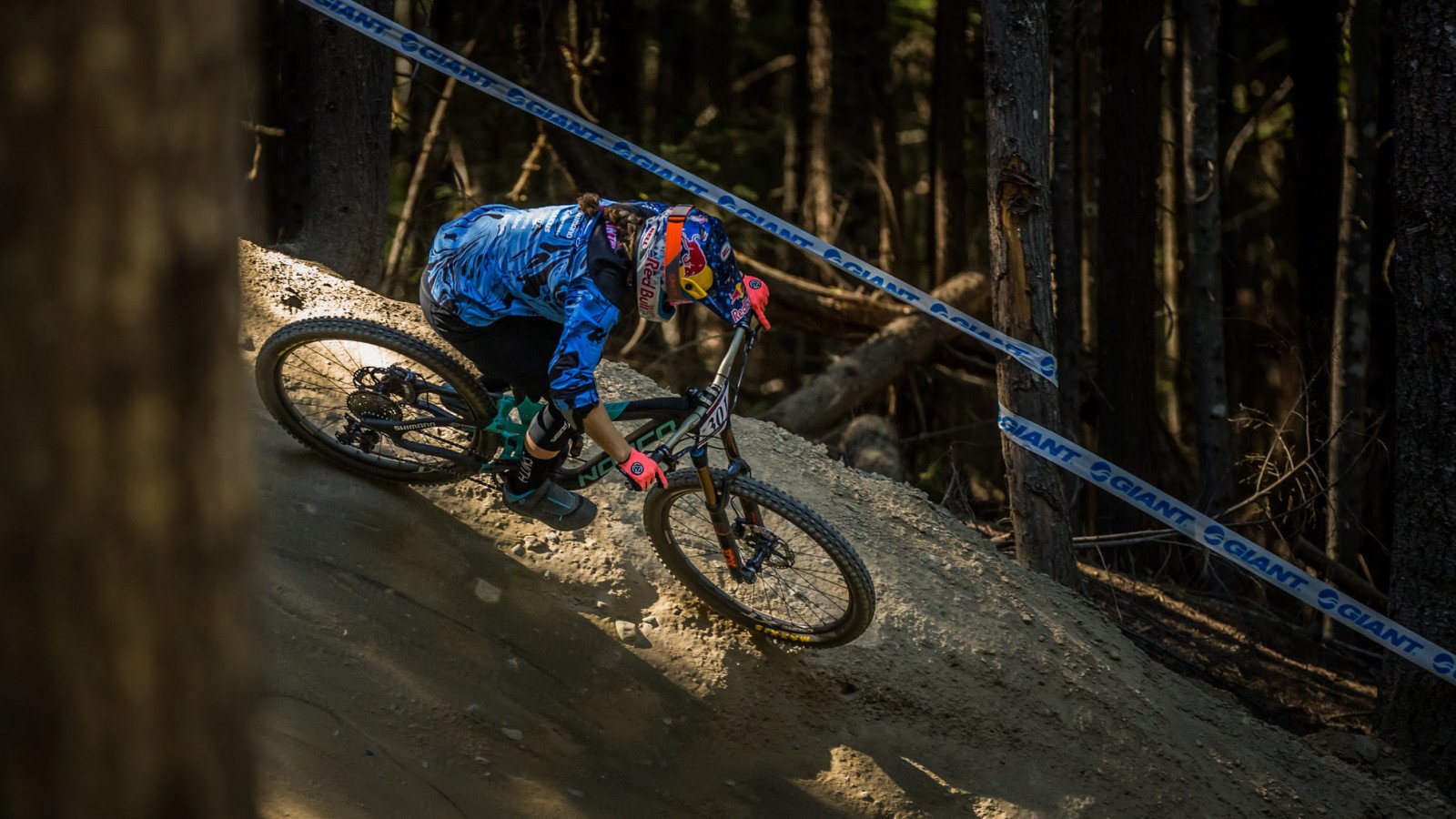 “This was my main objective for the year. I didn’t do World Cup and I’ve kind of been on the Crankworx program. For me, it just seems like it makes more sense to be spending your resources in three stops instead of a World Tour. You get so much more media coverage. You get four days of racing in a row. I don’t know, you just get more back as an athlete and it’s just a good program—fun atmosphere,” said Kintner.

Owing to the fast practice times, Kintner opted to race on a trail bike, rather than a downhill bike, and said the decision made for a sketchier ride, but may have bought her a valuable few seconds.

“I felt fast, but it’s definitely hard to control your speed and you overshoot a lot of things. So I had to really scrub the jumps, and I had to time everything perfectly,” she said.

The event was broadcast live on Crankworx.com and Pinkbike.com, and sold to television networks around the world as a live broadcast,t and will be packaged into shows for extreme sports networks.

Crankworx Whistler is one of three Crankworx festivals held around the world, and is now in its 14th year with seven live broadcast events. The other two stops are in Rotorua, New Zealand, in March, and Les Gets, France, in June.

Events continue through Sunday, August 21, culminating in the marquee event this Sunda., Red Bull Joyride is a Slopestyle competition which sees the athletes perform an aerial show, jumping off a string of wooden features before a crowd of 30,000-plus fans.

Results for the Garbanzo DH:

Complete results for the 415 racers, including amateur and pro categories, can be found on Crankworx.com.