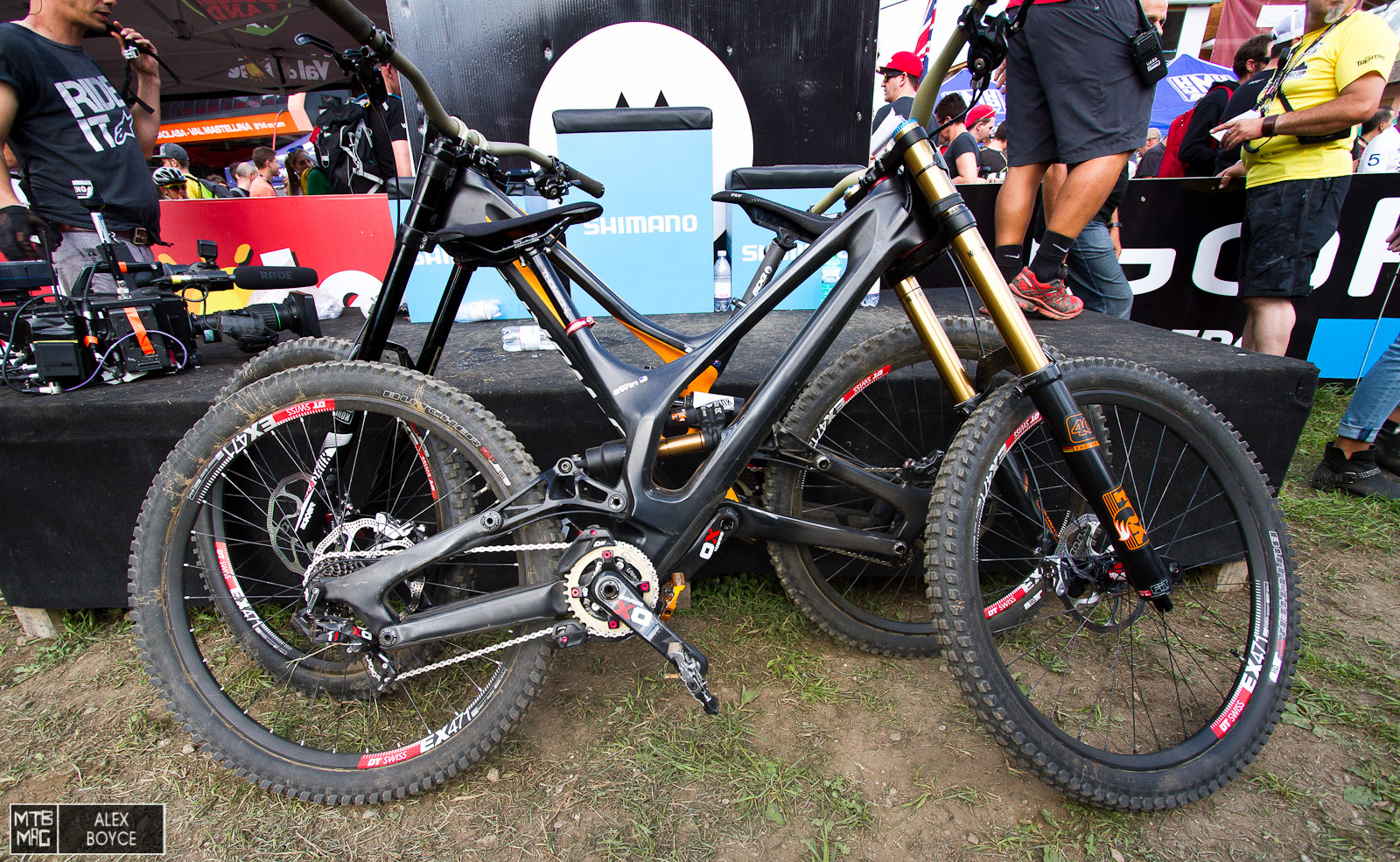 We found Aaron Gwin’s bike propped up against Troy’s bike in the media scrum that surrounded the riders and the podium after his win in Val di Sole (gallery and highlitghs video here). We had been trying to get close all weekend for our bike-check series, so we took the chance and have some up close shots of his setup. 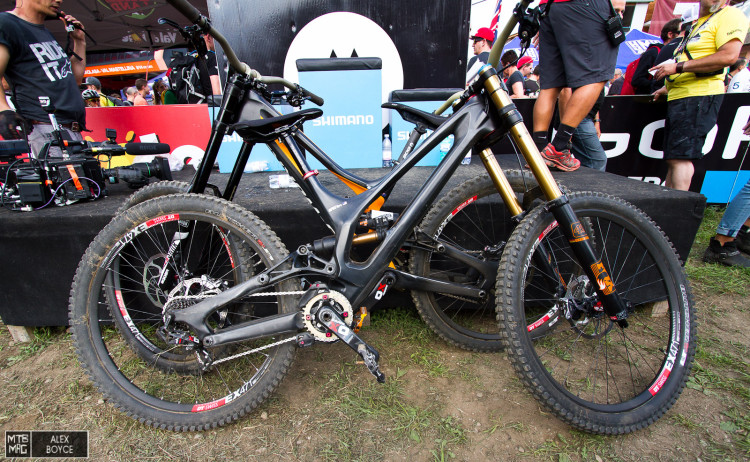 Not a typical pose, we felt we shouldn’t touch the bike in this moment. 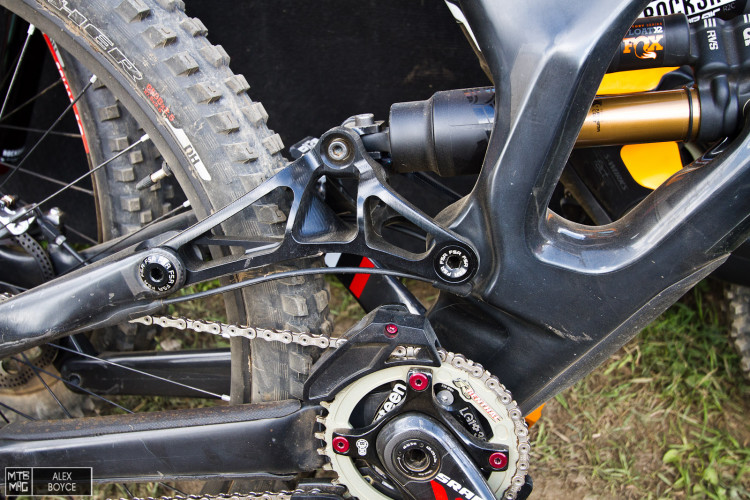 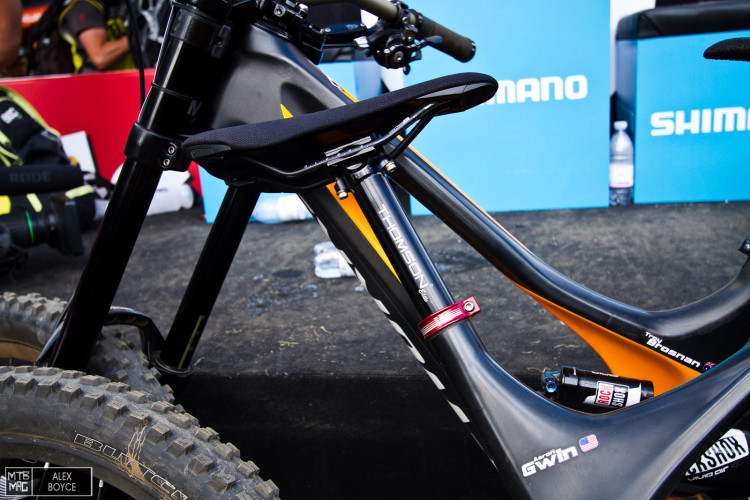 The ODI grips are relatively similar to Renthal and are easily confused at first glance. 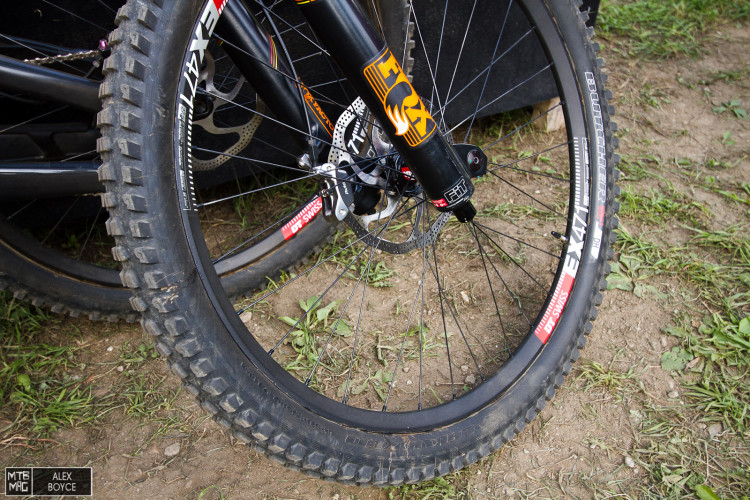 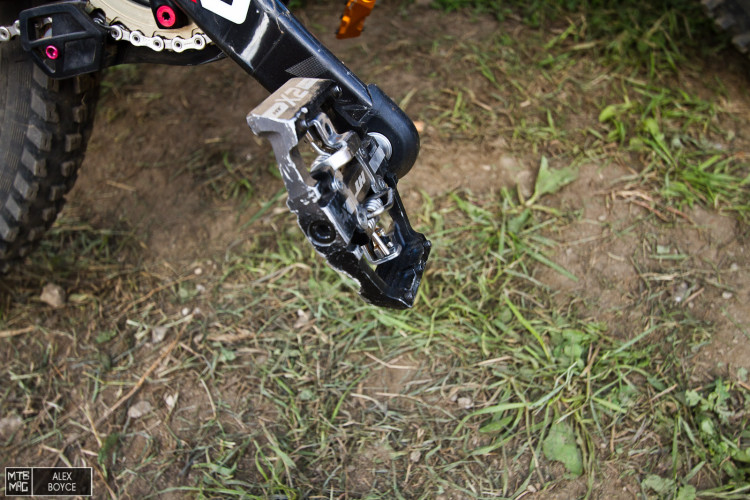 HT 2 pedals, the main competitor to the Crank Bro’s DH that many riders use. 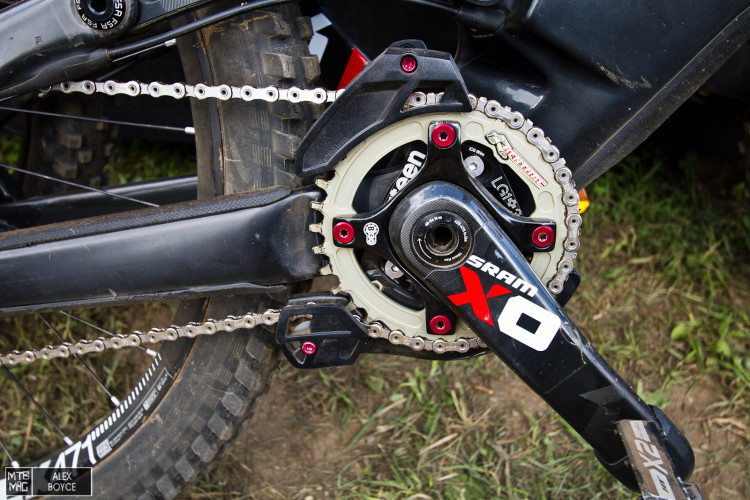 The front drive system is in one piece! No broken chains here. 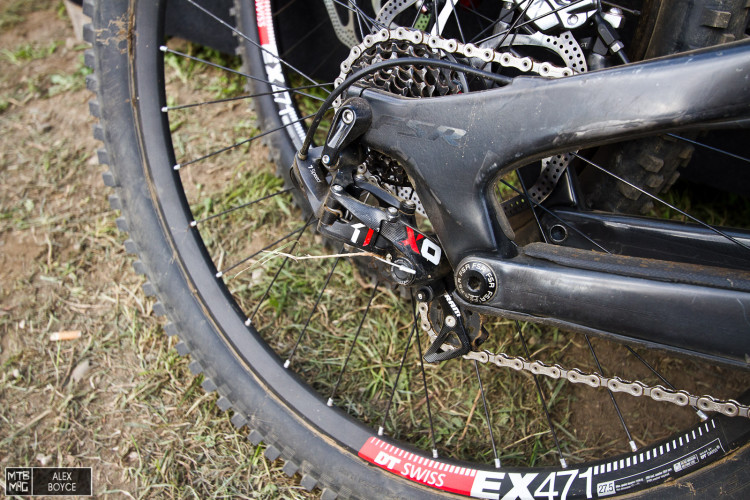 The rear gear system is well protected on the Demo behind the chainstay. 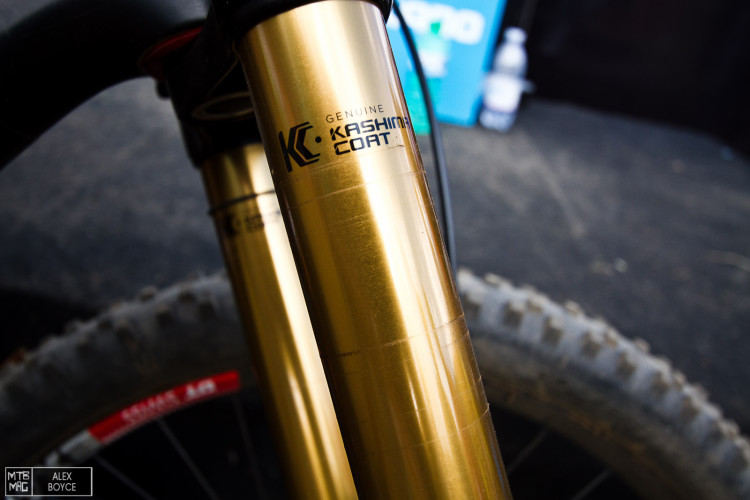 This is how much of the travel Aaron used. 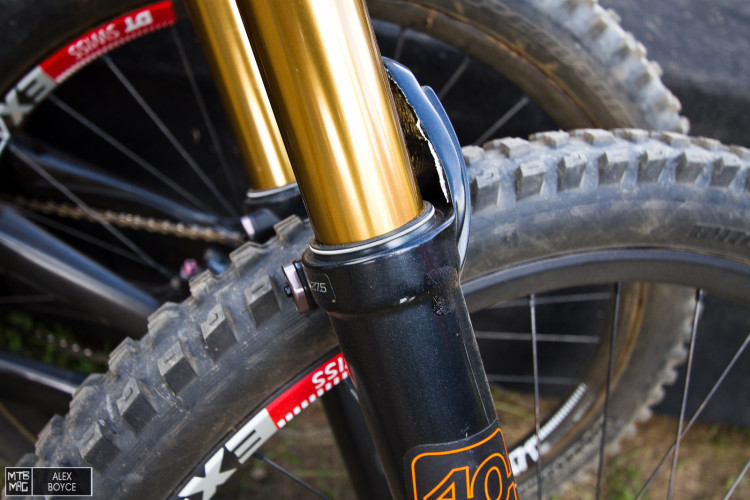 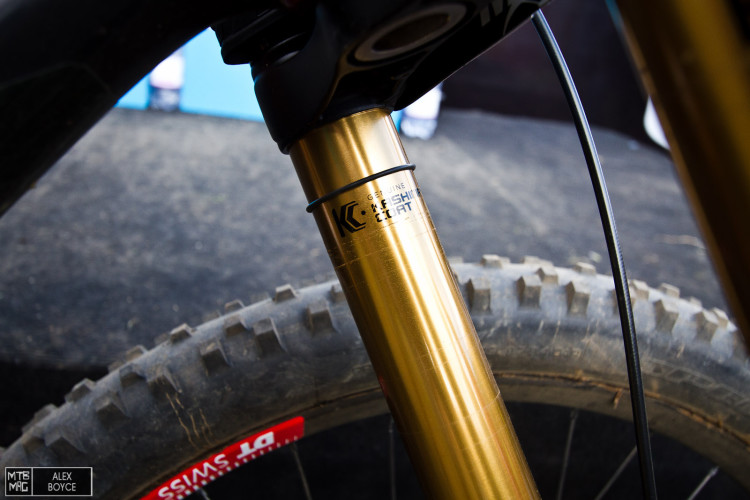 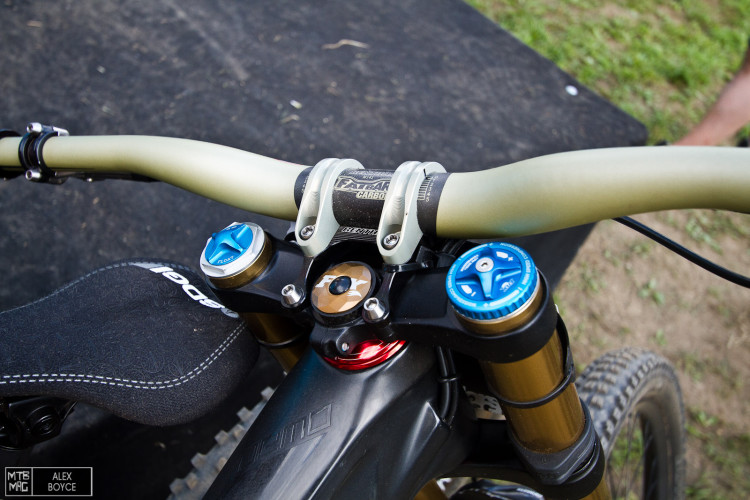 The bar is a Carbon Fat Bar and direct mount stem from Renthal, no spacers. Notice the milk has leaked as Aaron pushes the limits and the tyres almost off the rims. 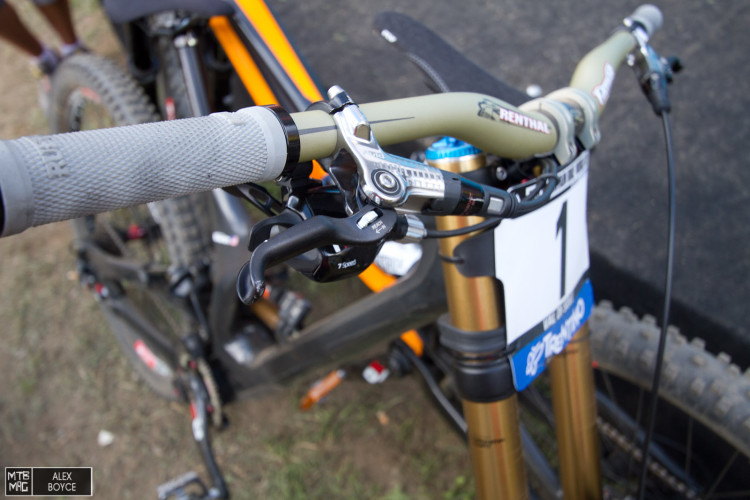 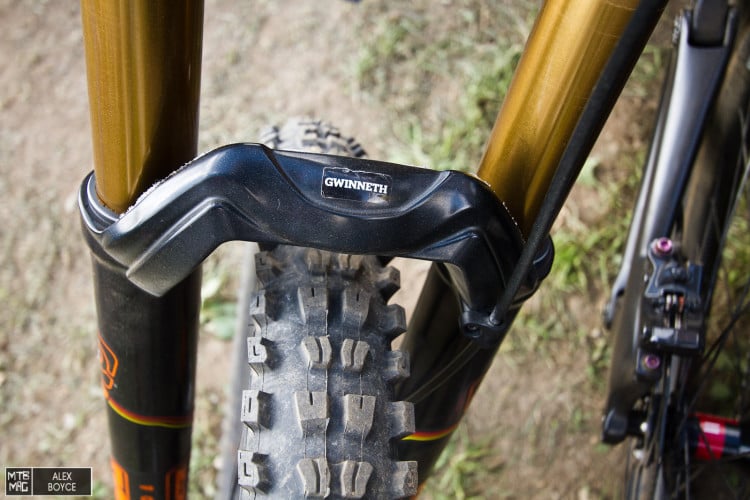 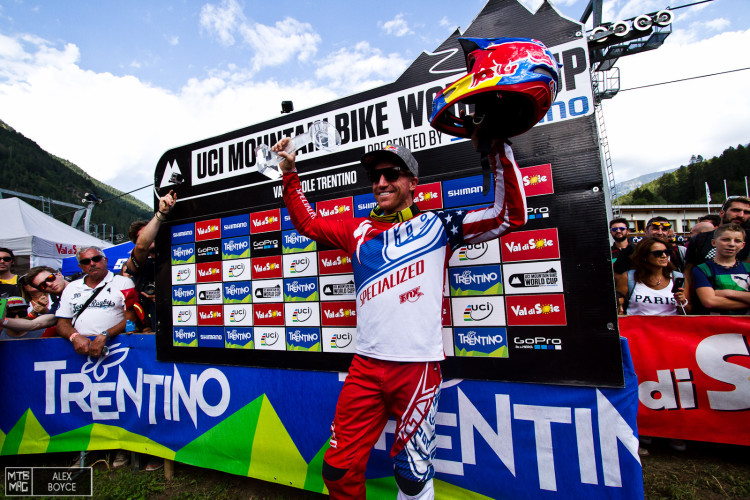 Aaron next to his bike taking the trophy.