We caught up with Brendan Fairclough in the mountains of Santa Cruz while he was in town filming for Deathgrip, his new movie.  Although we’re used to seeing him on his Gambler, we were stoked to see the “freeracer” on Scott’s freeride bike : the Voltage.  This bike can be used with both 26″ and 27.5″ wheels and it features either 170 or 190mm of very progressive travel depending on how you orient a chip in the main linkage.  It’s aimed less at racing and more at bike parks and freeriding.  Anyhow, here’s the lowdown on his bike…

Ready for some whips and drifts… 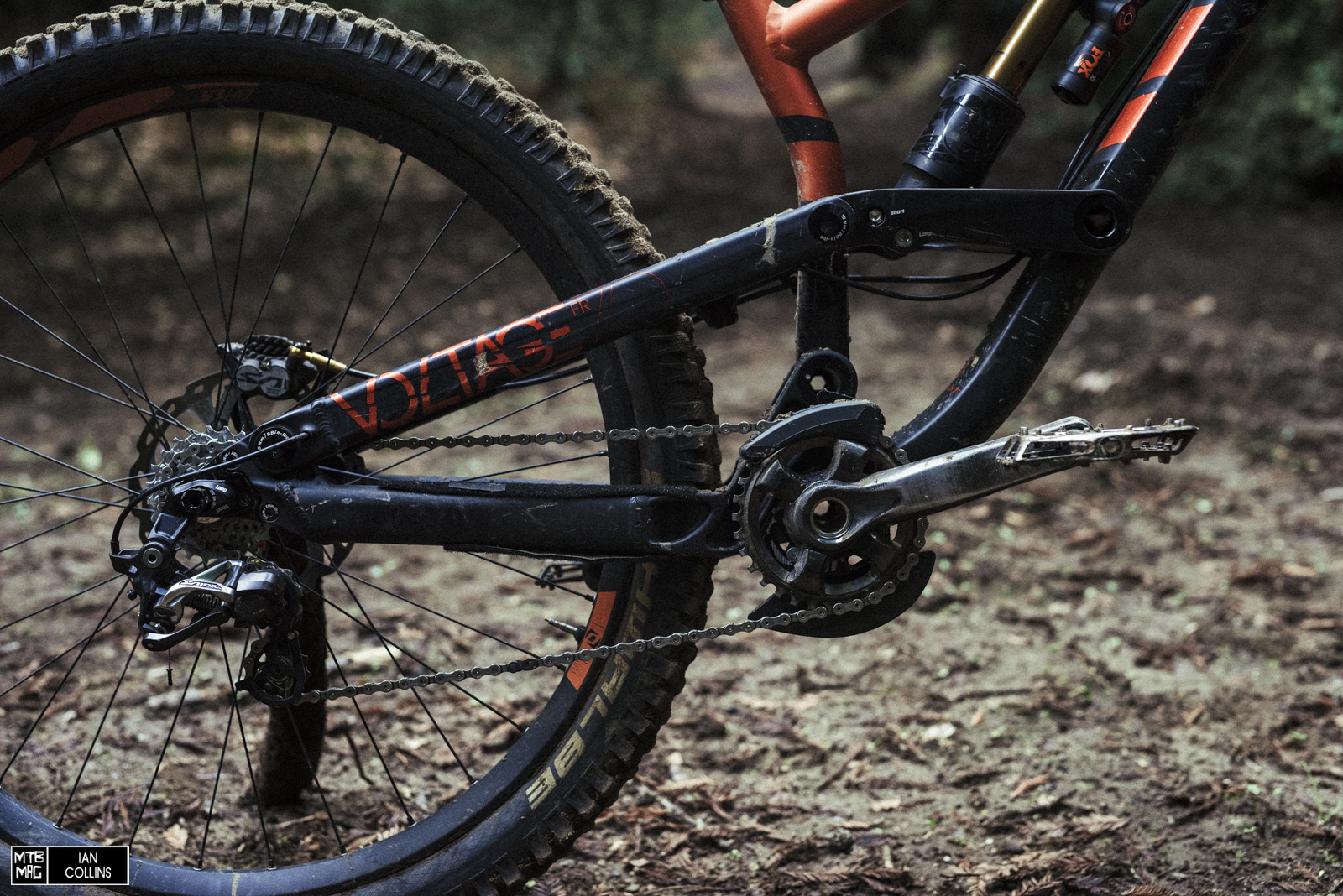 Shimano Saint drivetrain with XTR cranks and an e.13 chainguide. 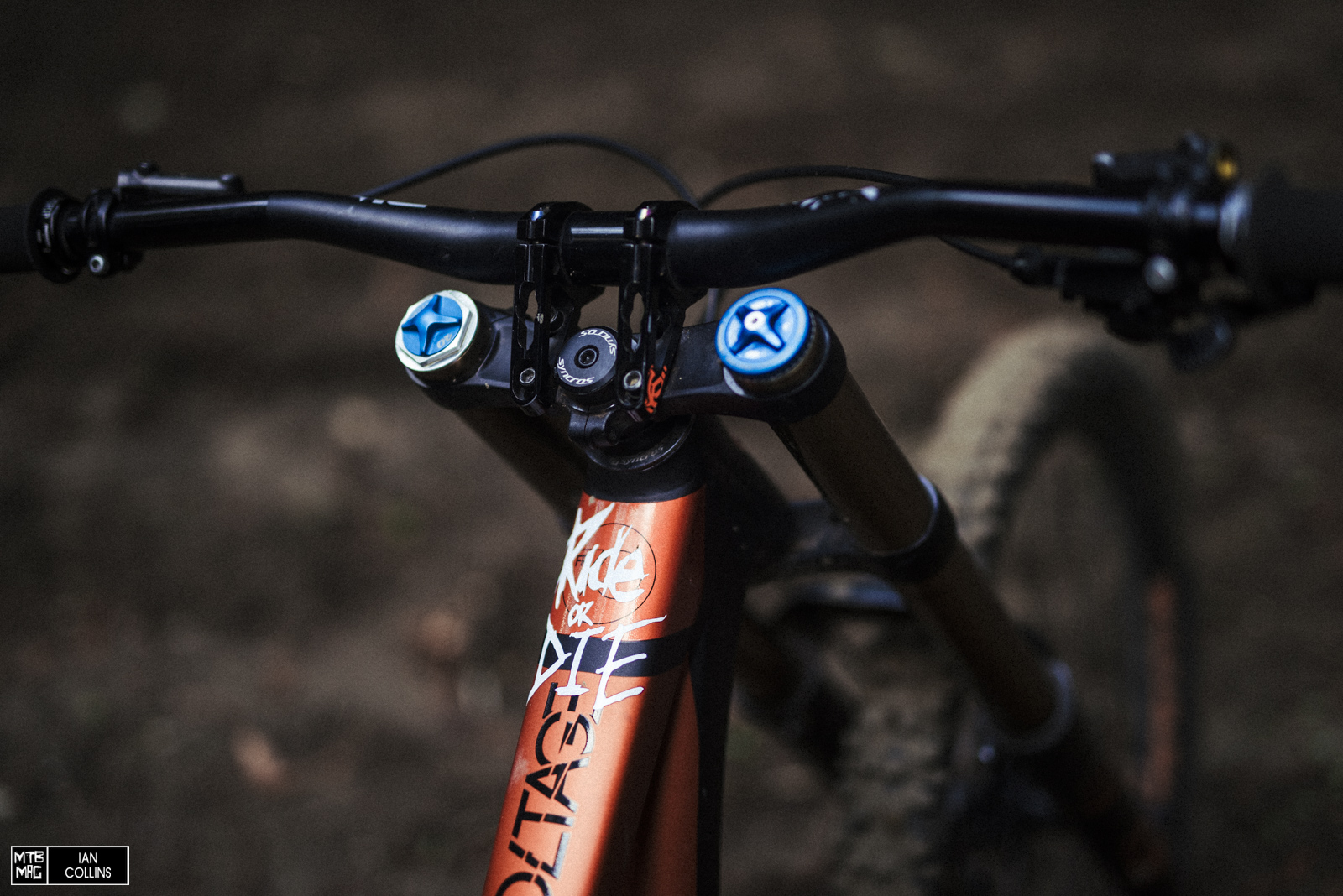 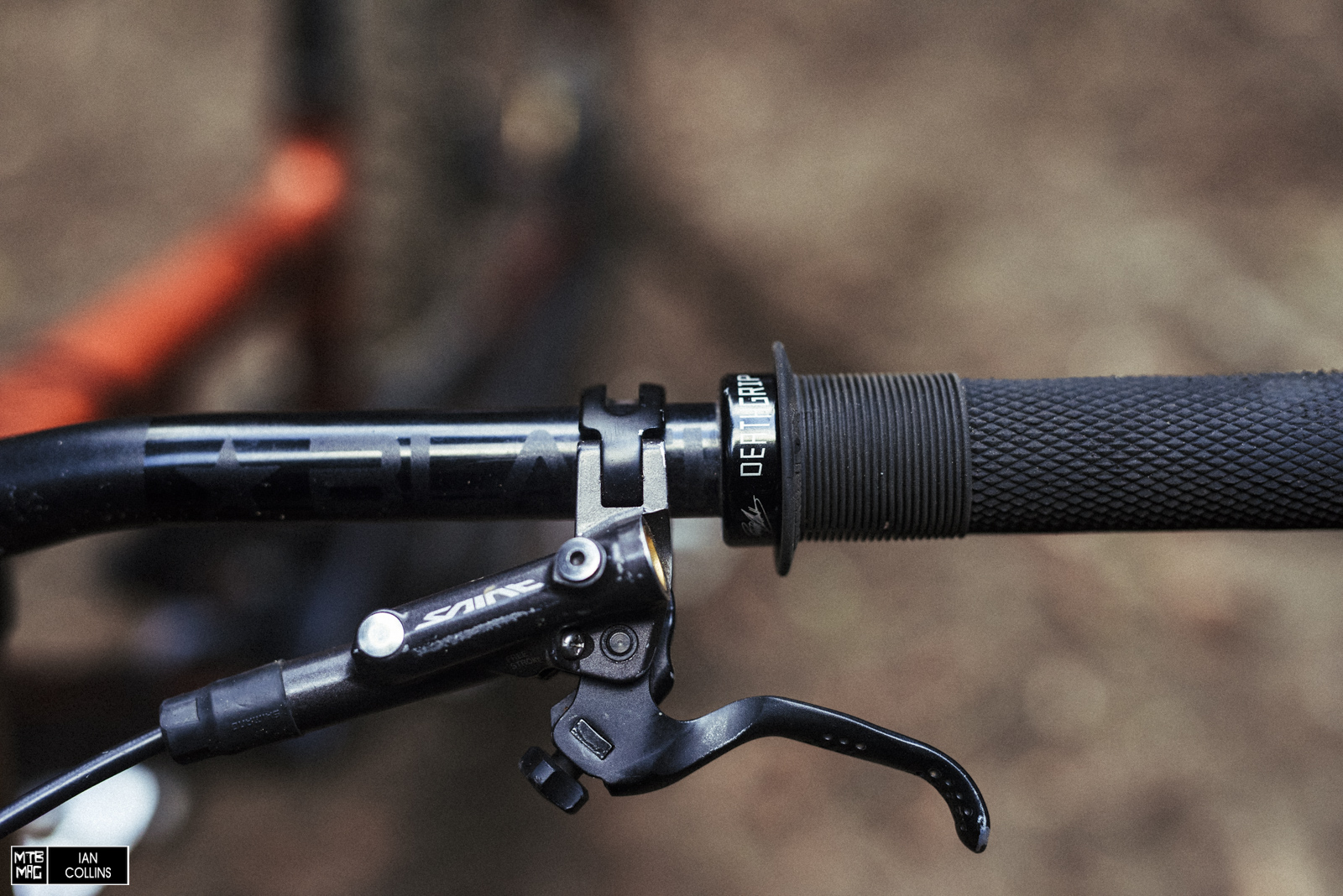 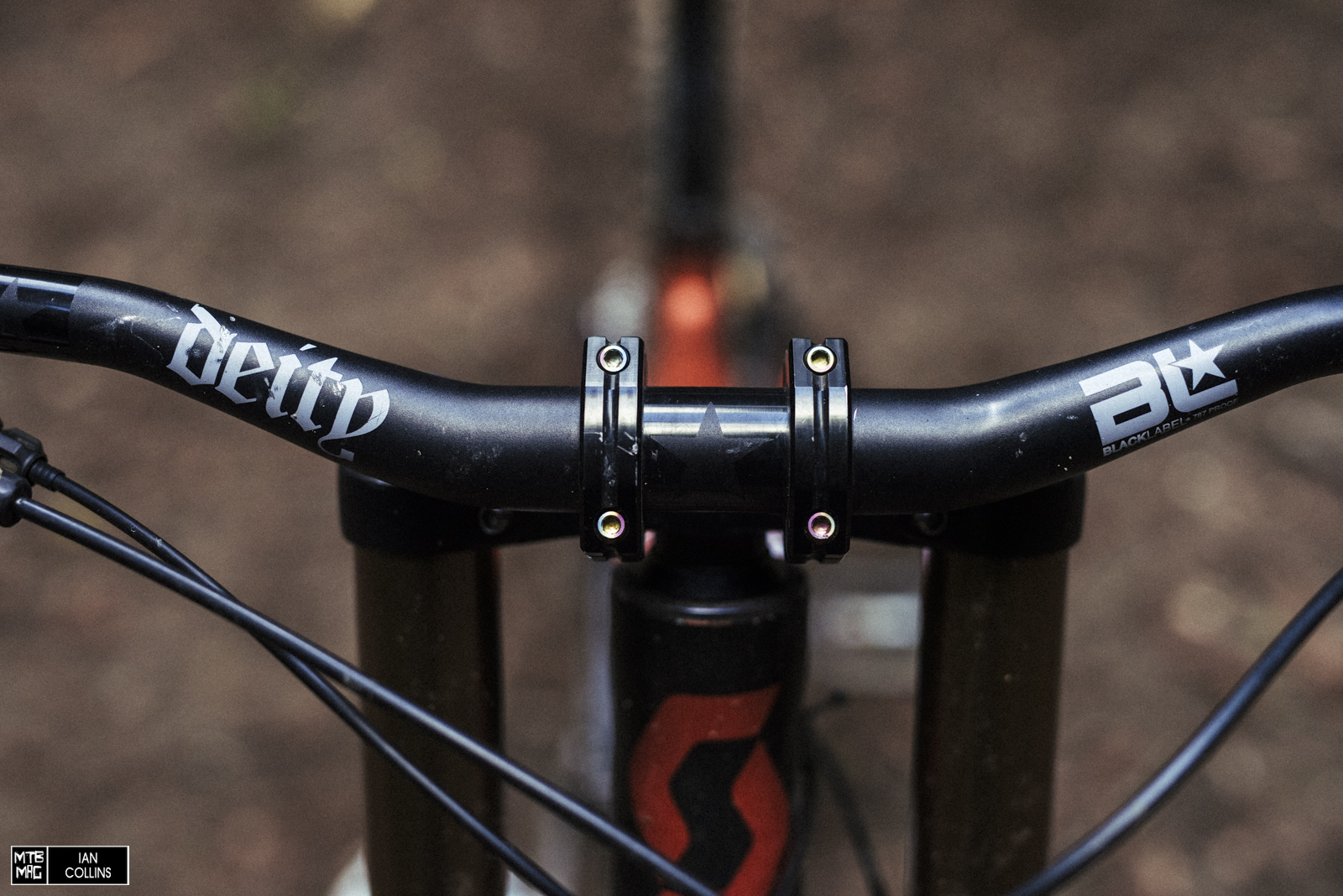 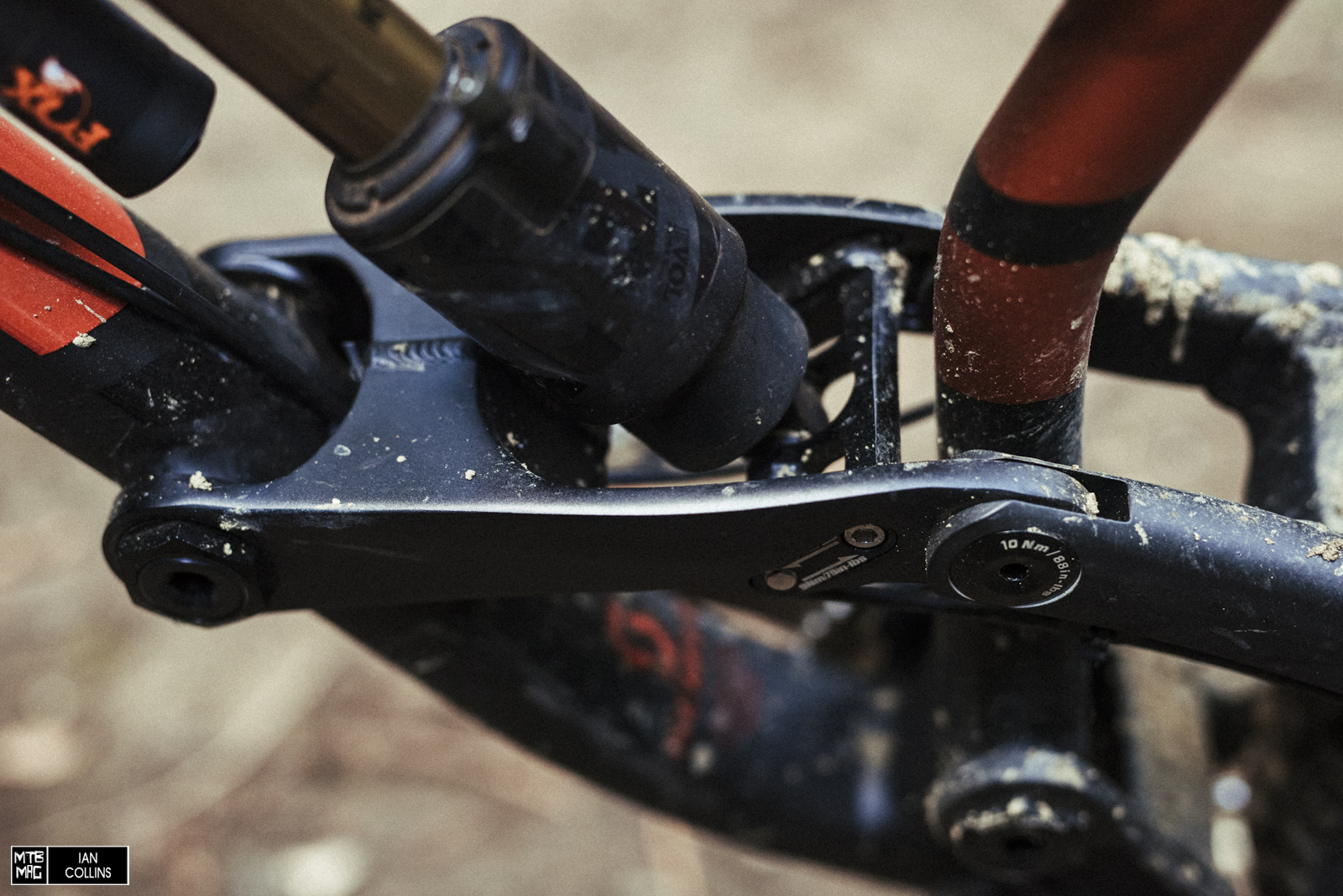 Thos burly linkage is where you have the option to switch between 170 & 190mm of travel. Plenty of clearance and lots of good dirt. Ti-Springs.com 7 speed conversion kit to take the Saint drivetrain down a few gears. 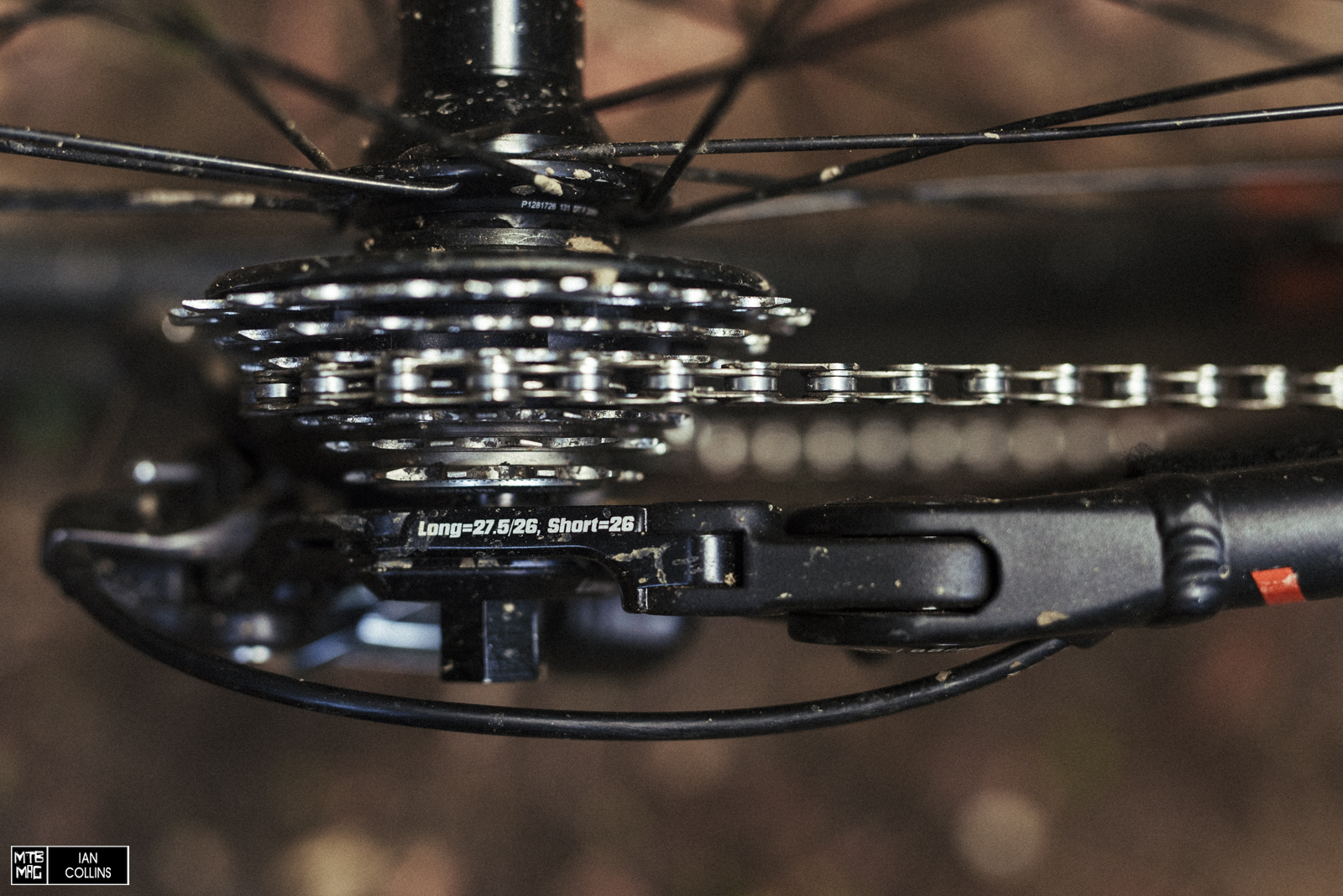 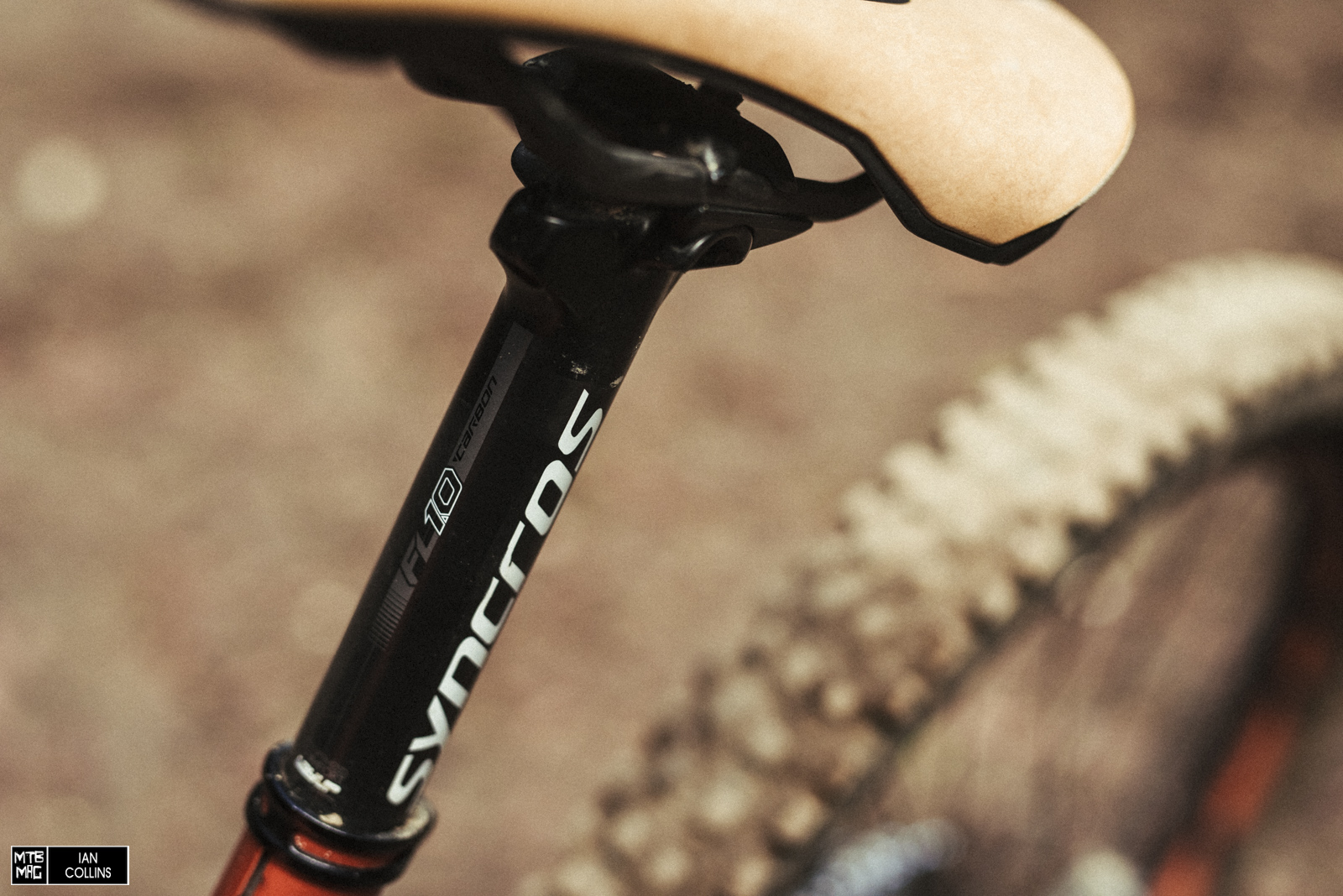 Carbon Syncros seatpost. Brendan is brave to run a carbon post on his freeride bike… 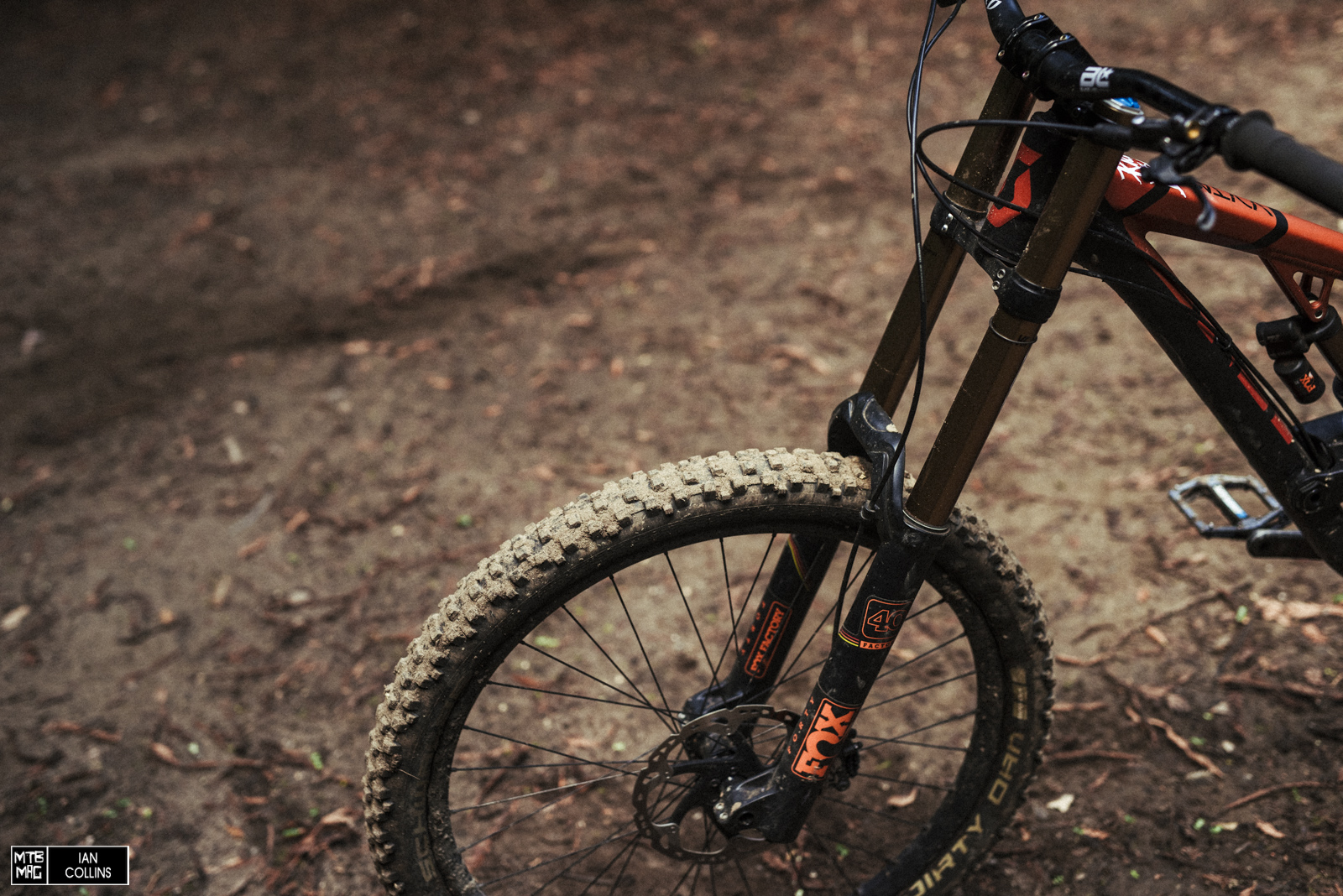 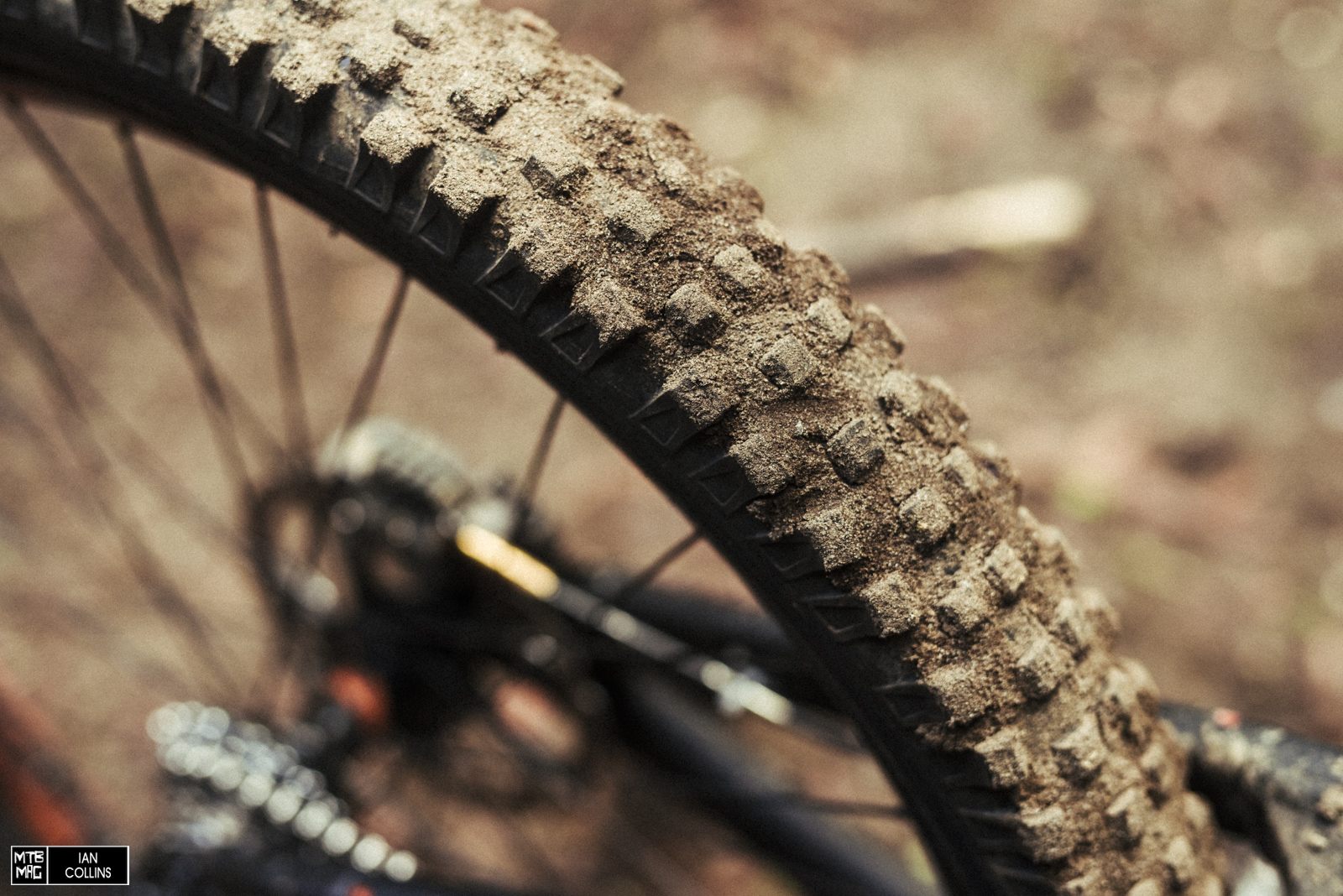 Last but not least, did we mention the dirt has been really good in Santa Cruz lately? Schwalbe Dirty Dan up front and their Magic Mary out back.  Perfect combo for digging into the loose loamy terrain on the Central Coast of California.