T-Mac just finished building up his new, custom GT Fury for Rampage yesterday and left for the Utah desert early this morning, but not before we got a chance to snag his bike for a few quick shots… While some freeriders have adopted to 27.5″ wheels, Tyler isn’t the tallest, lankiest guy around, but he does like to backflip some pretty massive stepdowns. This means he pretty much has to ride 26″ wheels to avoid buzzing his back tire on his back end. 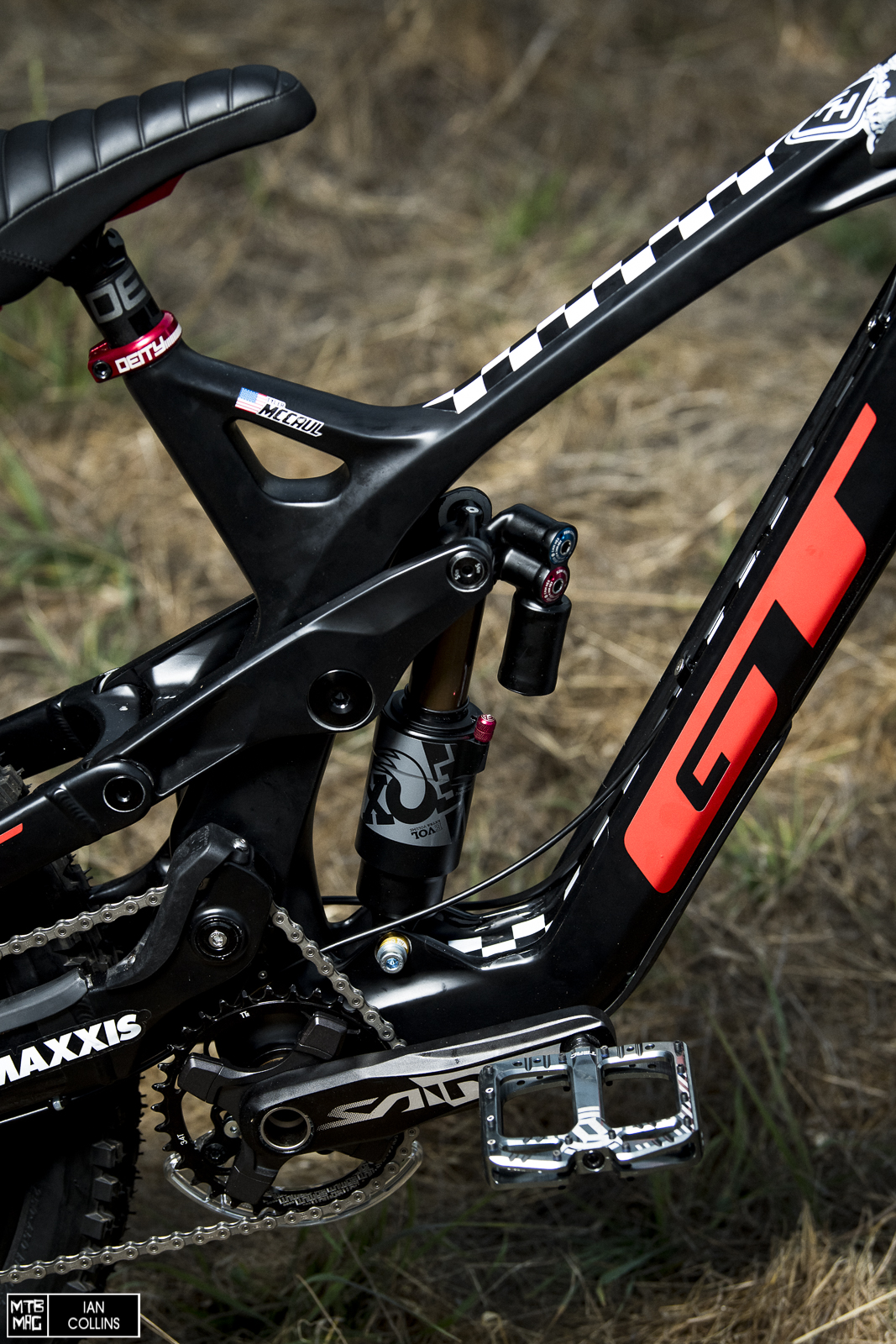 With a longer eye-to-eye on his FOX Float X2, T-Mac was able to get his bottom bracket high enough to work with the smaller wheels, despite the fact that the Fury is meant to work with 27.5″ and 29″ wheels. Pretty nifty…He’s running the shock with the max amount of volume reducers, a heavier tune, thicker oil, AND a custom coil spring bottom out. Tyler’s signature Deity pedals are also making an appearance as well. 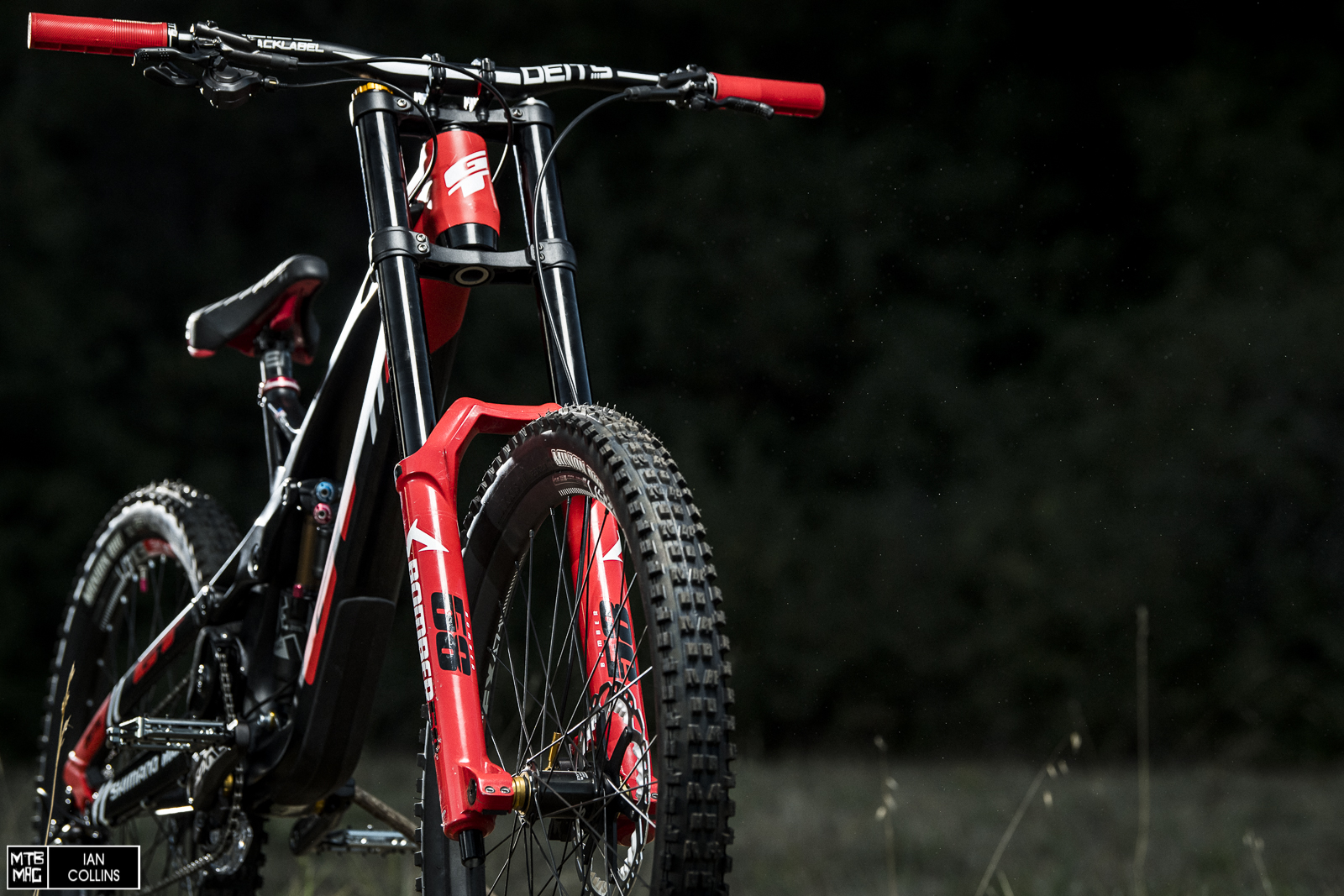 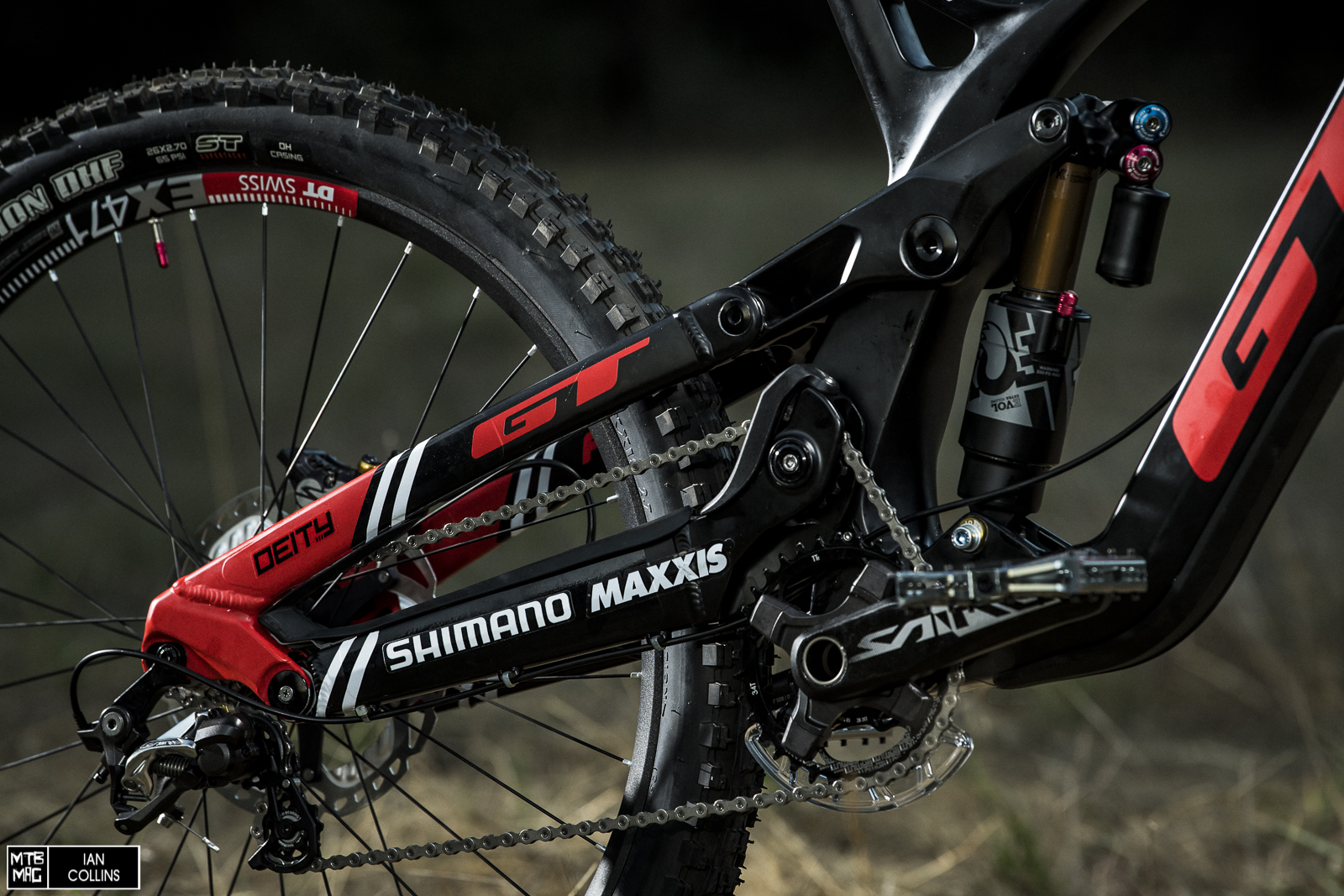 Out back Tyler is running a full Shimano Saint drivetrain with a custom 7 speed rear block. A gamut chainguide and ring round things off. Saint brakes with 200mm rotors front and rear as well. 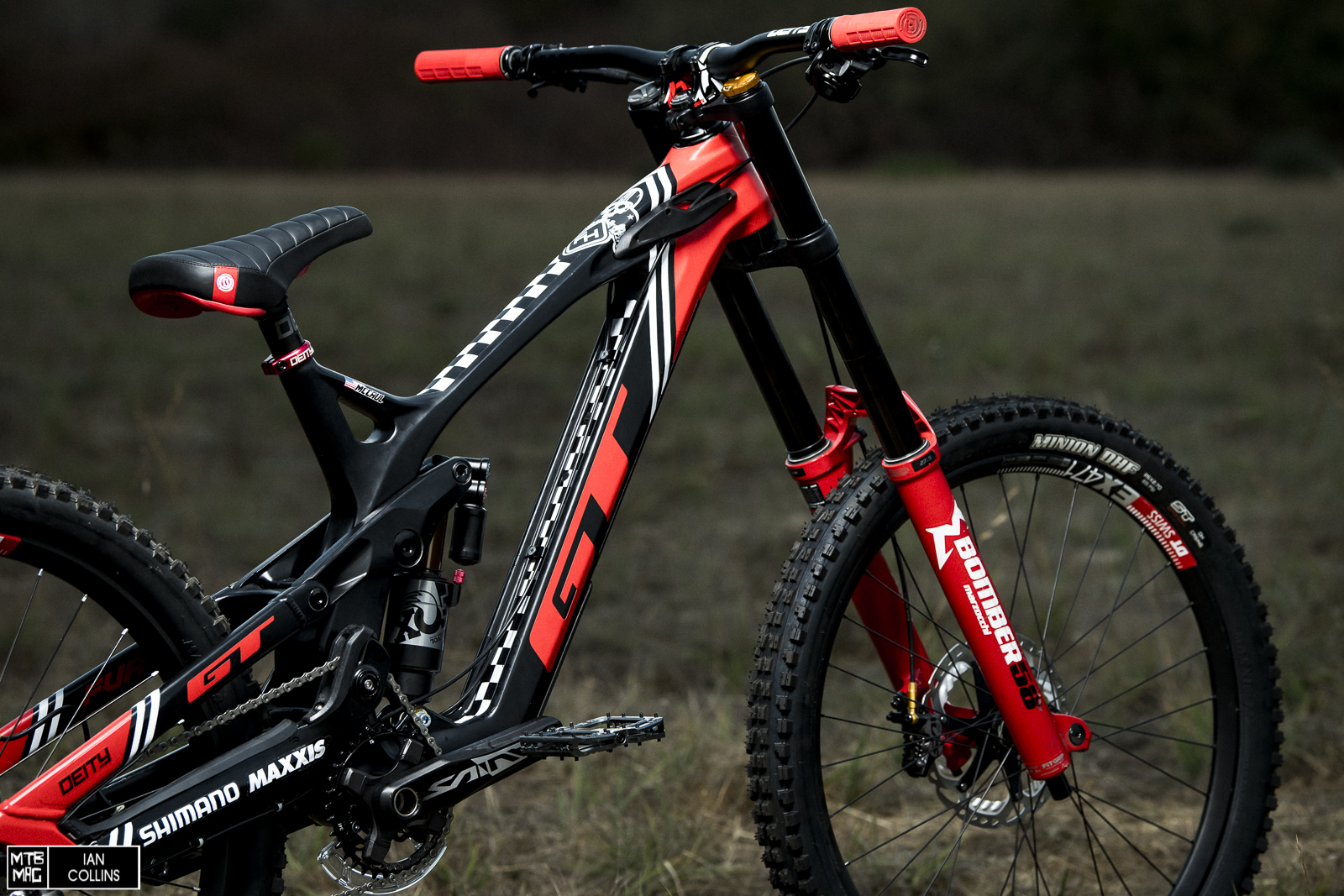 As a Deity athlete, Tyler runs the Black label bar and Knuckleduster grips. 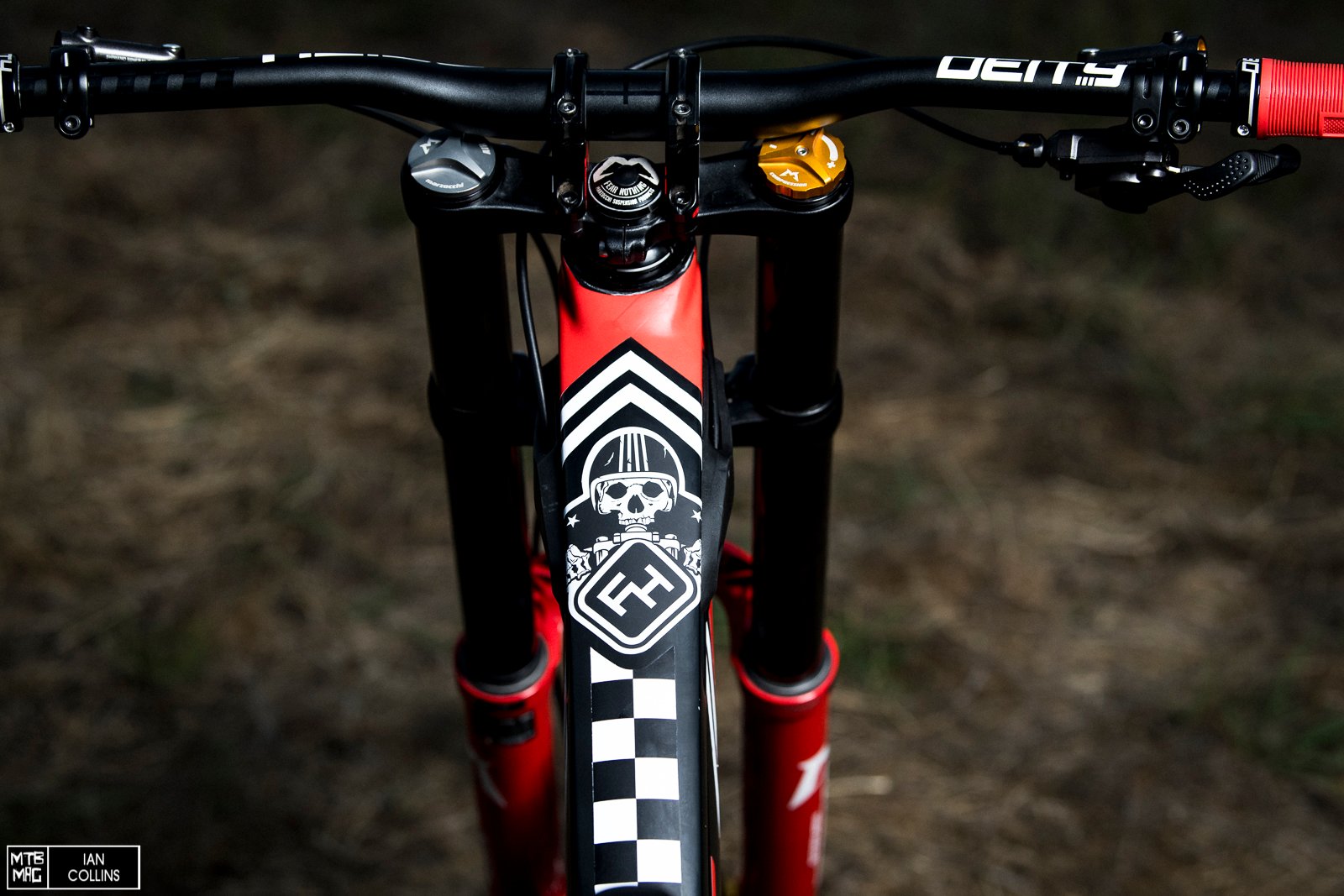 The striped and checkered graphics are a tip of the hat to Fasthouse, Tyler’s apparel sponsor. He custom cut and laid all of the vinyl stickering himself. 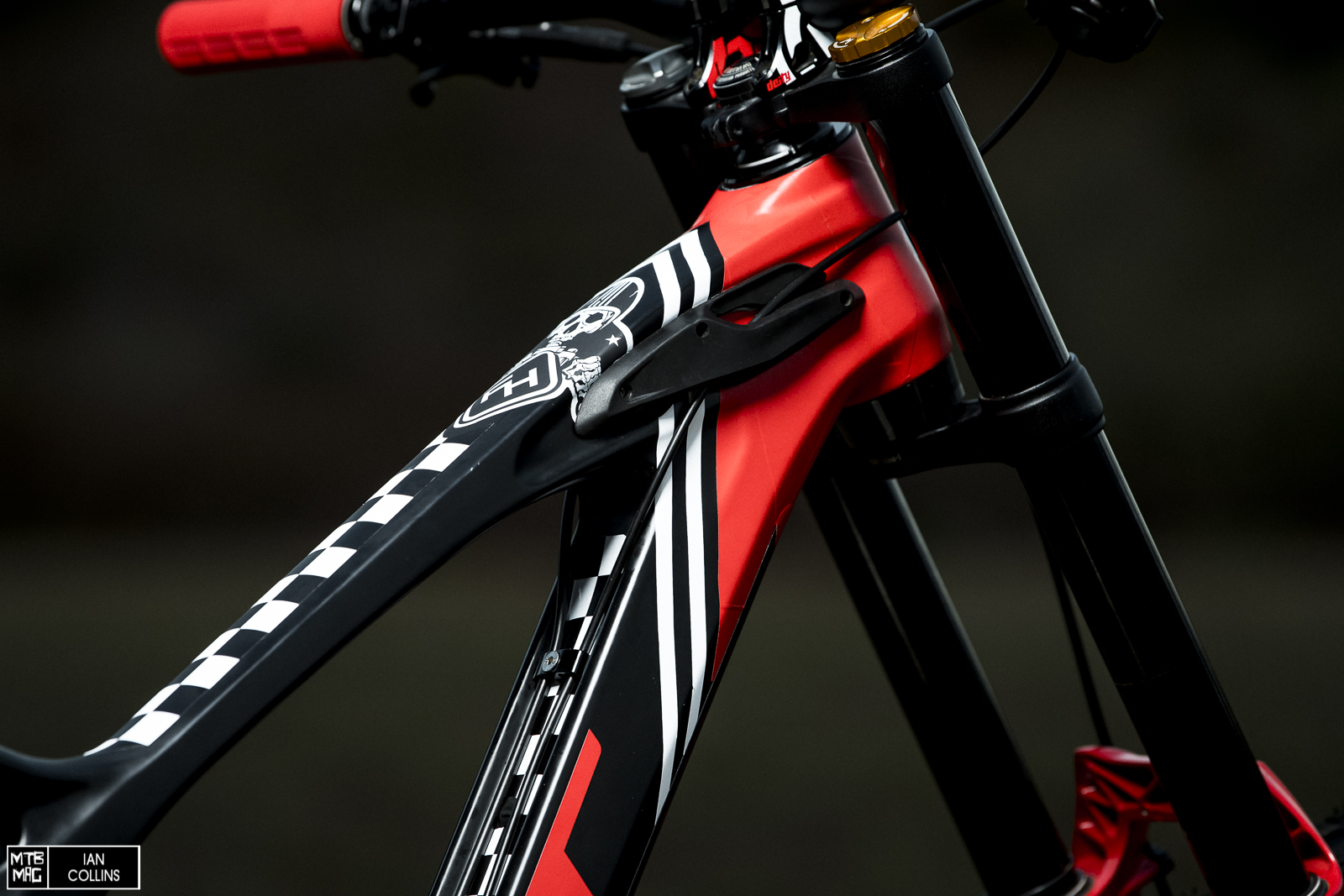 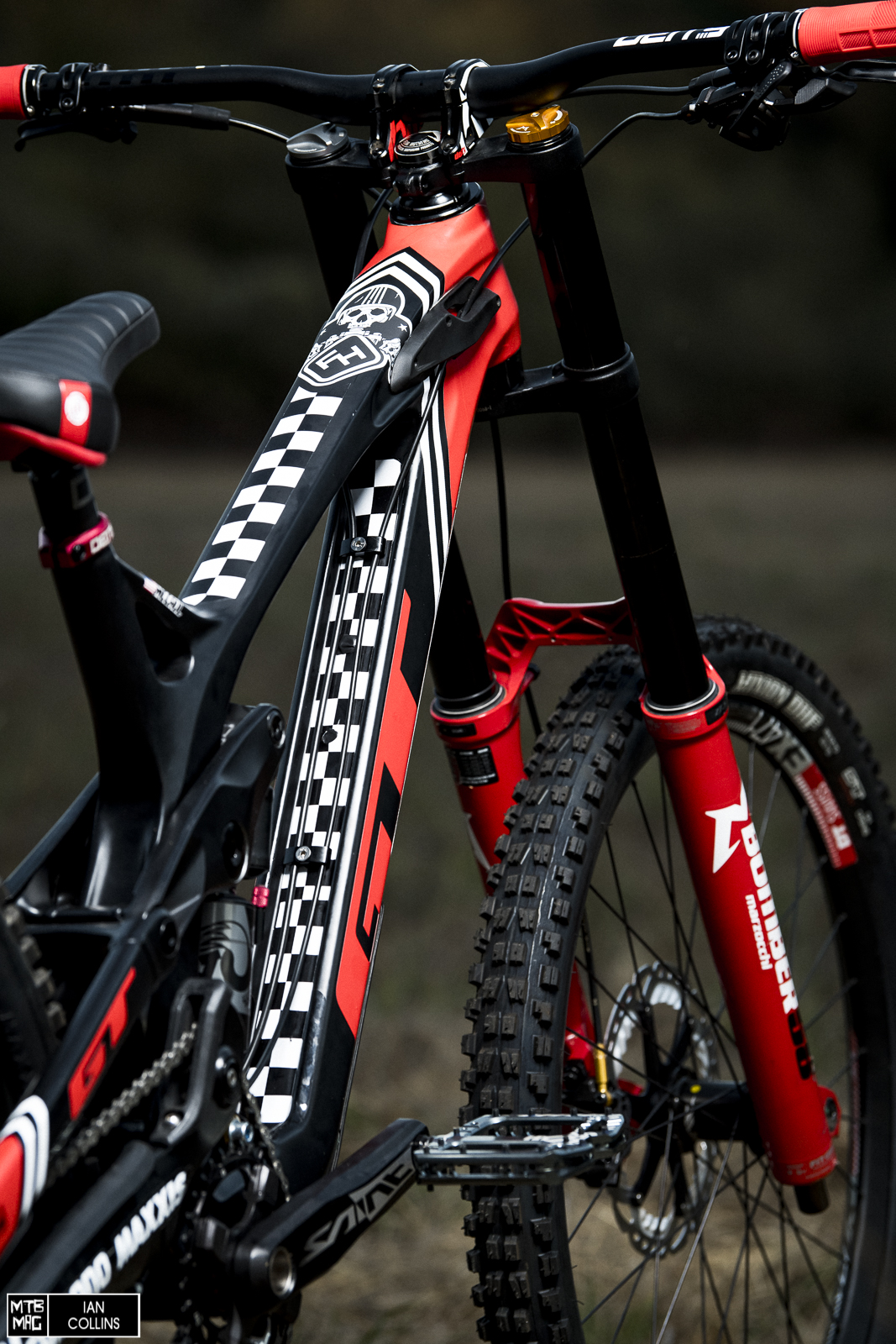 Last, but not least, a better look at the custom graphics on the top tube/down tube…

Keep up with Tyler at Rampage via his Instagram page!

WTB Adds a 2.8″ Wide Vigilante to Their Lineup