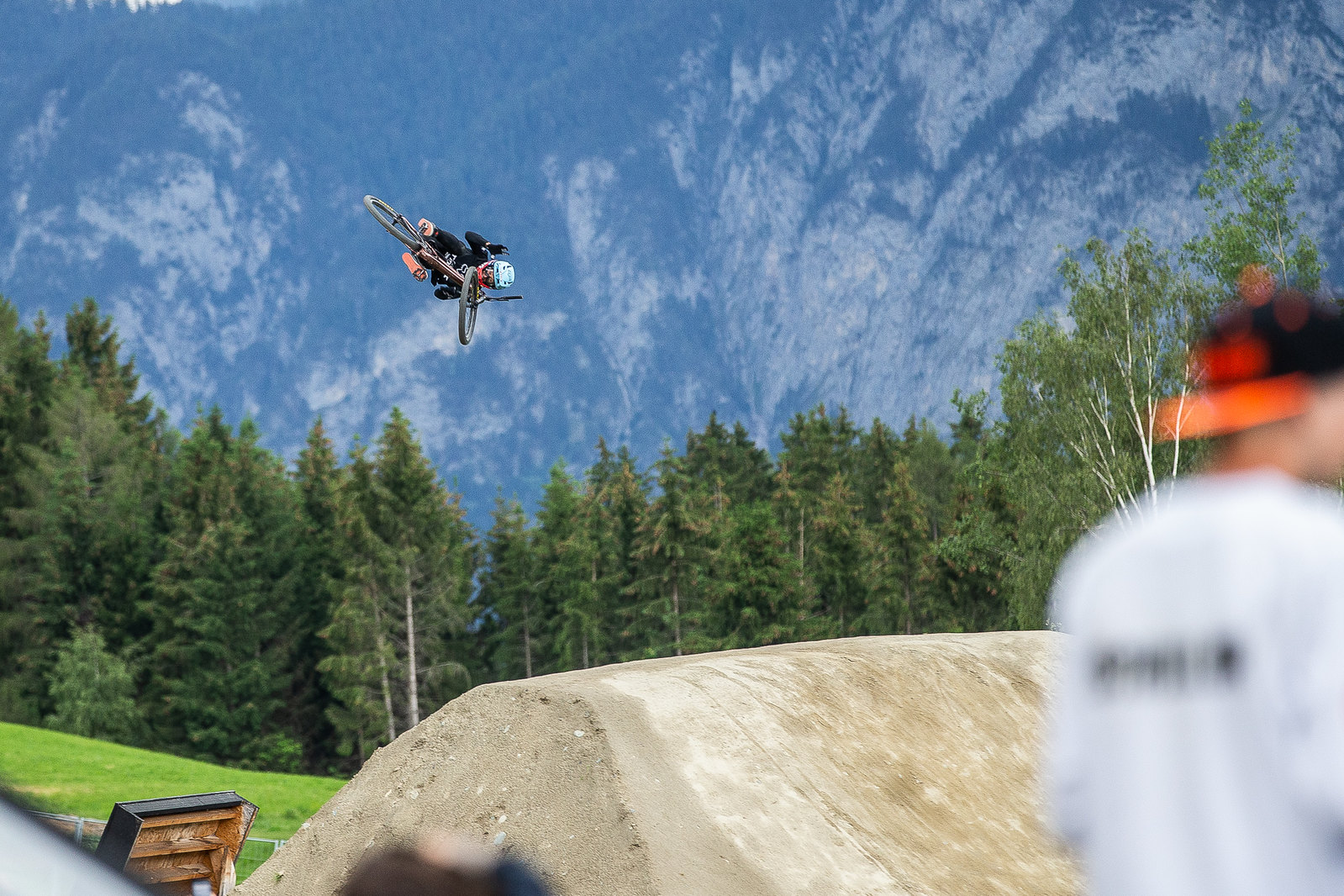 INNSBRUCK, AUSTRIA June 15, 2019 – For all three riders on the podium in today’s Crankworx Innsbruck Slopestyle, it was the realization of a dream.

On the third step, Dawid Godziek (POL), a wildcard entry invited to the contest just six weeks ago.

On the second, Emil Johansson (SWE), who this time last year was in and out of hospital, unable to ride, with no assurance he would be able to compete at same level again.

On the top, Brett Rheeder (CAN), who wrote a new story for himself today. 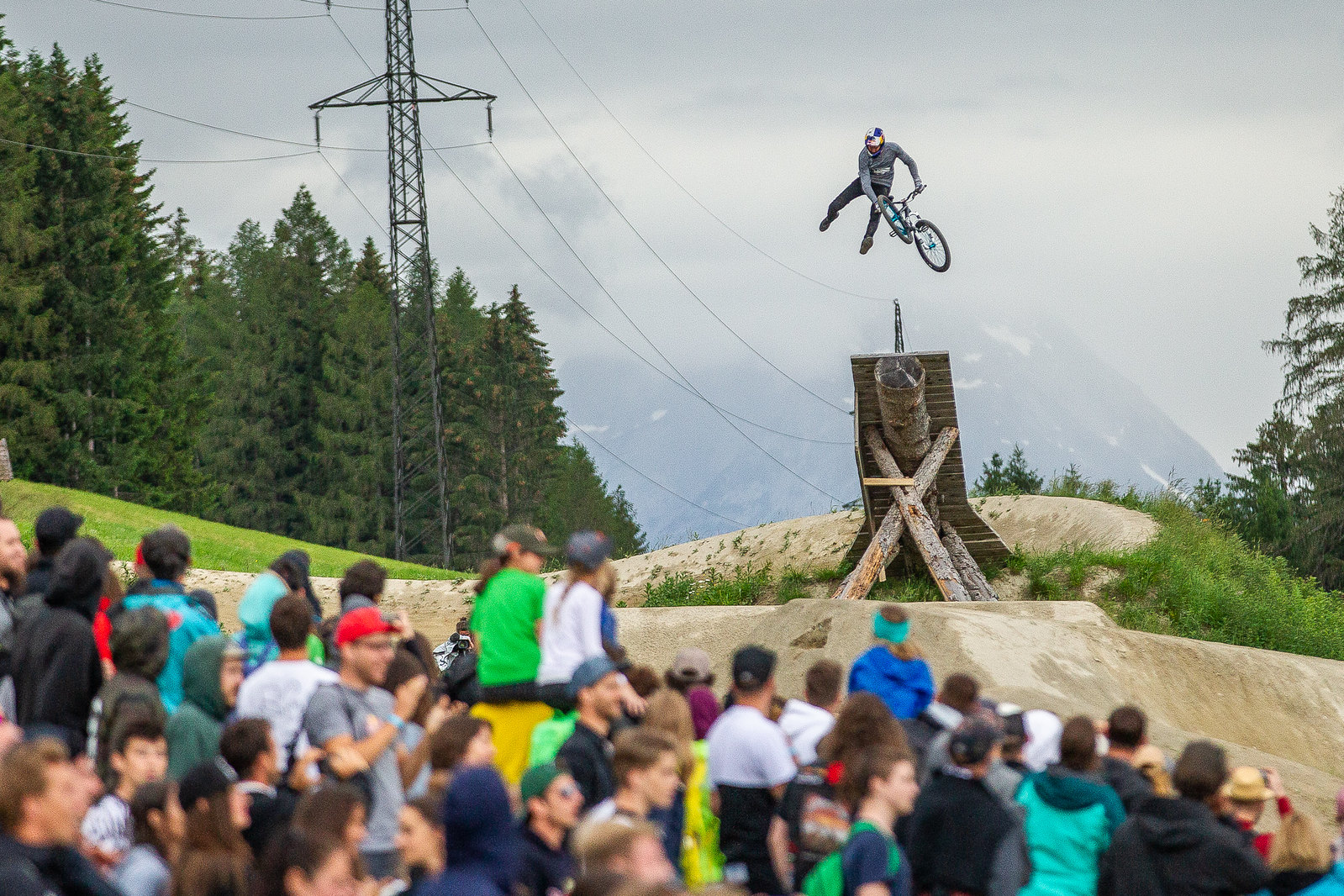 “I’ve been in this position so many times,” said the 26-year-old Canadian rider, who’s come in second at Crankworx Innsbruck the past two years. “I come down on my first run, I’m in first place. I get bumped into second and I don’t get it back. I either crash or I screw up, or do a straight air, or all of the above.”

History nearly looked set to repeat. After the first run, Rheeder was sitting on top with a 92. After a shaky set of first runs, with more than a few crashes (including Nicholi Rogatkin, the winner the past two years), the second runs seemed to pick up momentum. Dropping in third, Johansson threw down a run for the record books, including two world-first tricks.

The run bumped him above Rheeder into first with a 95. As his score and position was announced, the Swedish rider looked stunned. 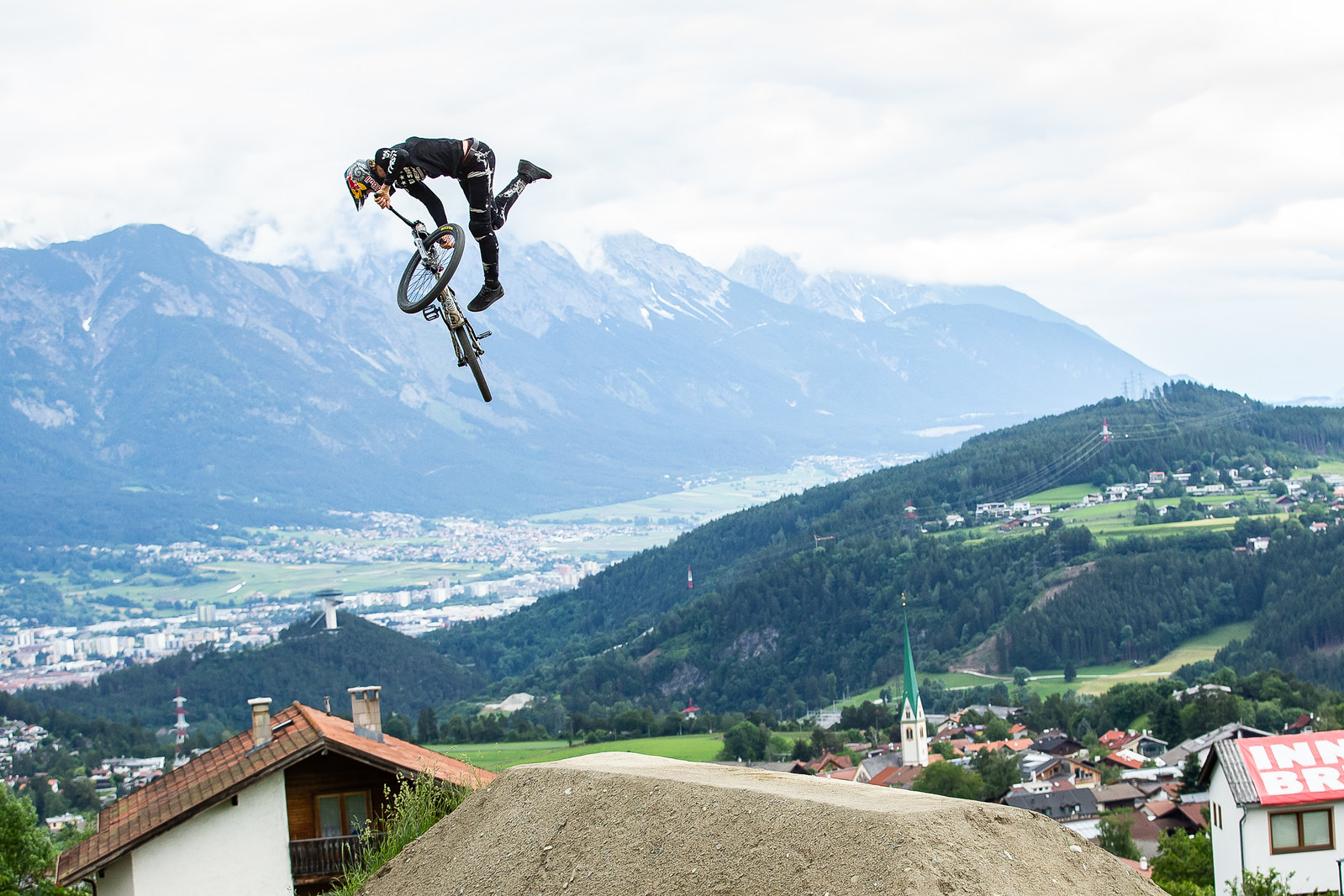 2017 was the last time Johansson stood on a Crankworx podium. That year, he was crowned the overall Slopestyle World Champion, and graced two Crankworx Slopestyle podiums, including the second step at the season ender contest at Crankworx Whistler. But the following season, a debilitating auto-immune disease cut his rise to the top short.

Crankworx Innsbruck 2019 was billed as Johansson’s return, preceded just days before with the release of Every Mystery I’ve Lived | Emil Johansson’s Comeback Story, in which he talks candidly about his struggles and diagnosis, and his fight to return to the Slopestyle world.

Sitting in the hot seat, it was undeniable. Johansson was back.

And equally undeniable that Rheeder, dropping in last, was going to have to pull off something huge.

“I started with a flat drop flip whip, into a front flip bar spin into a backflip opposite tailwhip off the boner log. The first hip was an opposite cork 720, second hip was a cork 7 barspin, into a 360 barside tailwhip into the whale tail, followed by an opposite truck driver on the way out, and then followed by a flip opposite double tailwhip,” explained Rheeder, adding that he didn’t feel totally dialled, and that there was “some sketch” to his runs.

After a long pause, the judges made the final call.

With a 95.5, Rheeder broke his streak of seconds in Innsbruck and stepped up to the top.

“I’m relieved and I’m pretty happy,” he said. “Last year I brought some new tricks, but realistically Emil’s the one bringing the new tricks. I’ve been working as hard as I can to bring new tricks to the contest and I haven’t had any luck yet. I was really working on a handful of tricks nobody’s seen at home and I wasn’t ready to bring them here. It’s pretty relieving to be in first place with my old tricks and switching some other stuff.” 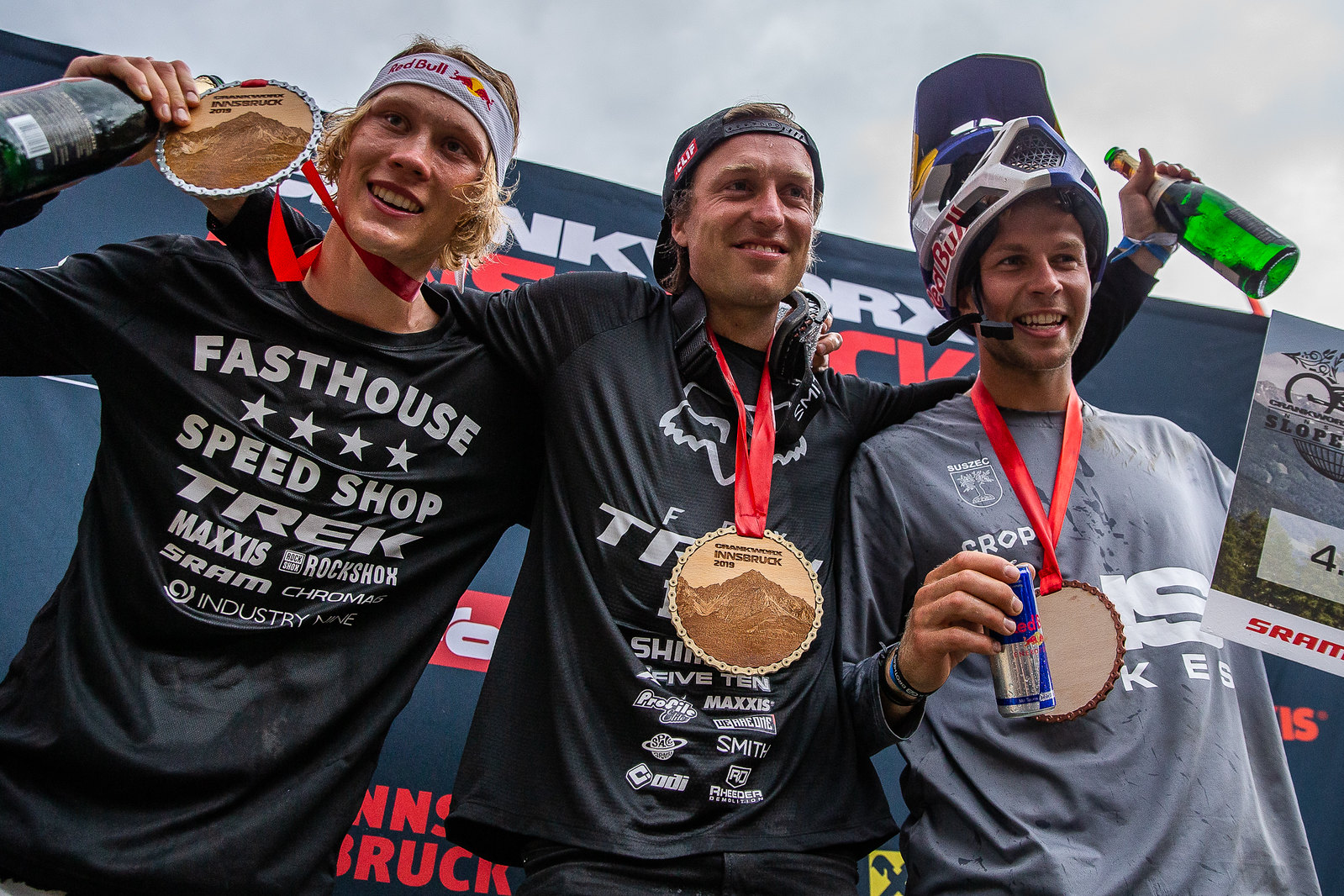 Beyond the relief, a clear sense of camaraderie and respect pervaded the corral.

“What was the last trick that you did?” Rheeder asked as he and Johansson waited to be called up to the podium.