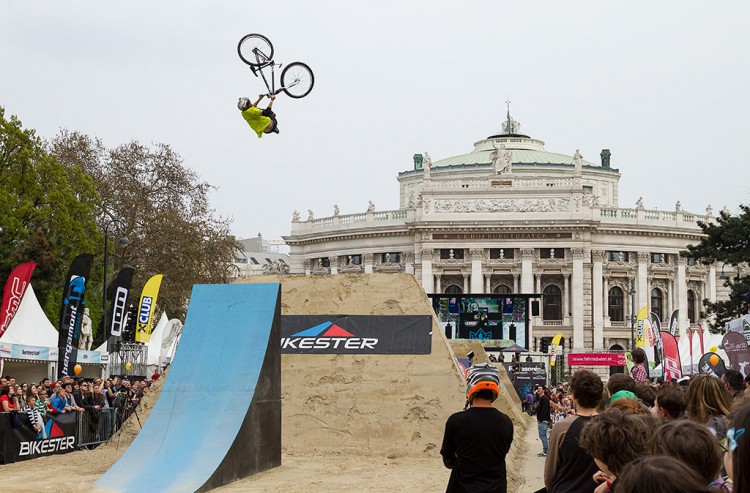 Aside from the obvious sporting and FMB World Tour excitement, sudden weather forecasts added even more suspense to the 2014 VIENNA AIR KING. Victory literally came down to the last minute when all finalists managed to lay down their second runs before heavy rain hit the town hall square. After a two run format the top 8 riders each received their cut of the 10,000 Euro prize purse. The biggest share went to Brett Rheeder – his unbelievable performance shocked the crowd and left the judges no choice but to award him the victory. After an intense crash in practice, it was unsure if Rheeder would participate in the finals but he came back strong and raised the bar to an unreachable level. His second, winning run started with a truckdriver from the step-down drop, then a huge backflip tailwhip, followed by a Cork 720 and a super clean frontflip barspin. With Rheeder safely in first position the judges were left with a difficult decision – who should stand with him on the podium? 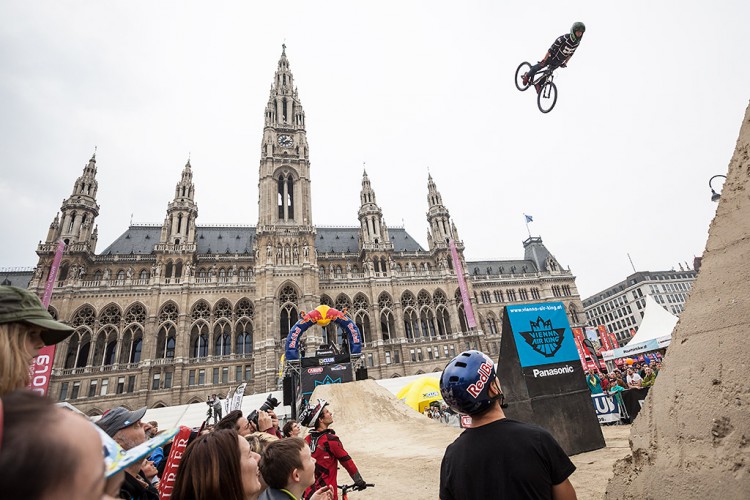 Szymon Godziek’s second run was packed with enough awesomeness to place him next to the King in second. His run consisted of a truckdriver from the drop, a backflip tailwhip then a dialed cashroll on the second set and finishing strong with a frontflip. Since he was the best placed athlete not yet qualified for Red Bull District Ride, his performance also won him a wild card for the Diamond Event in Nuremburg, Germany in September. Already qualified for Nuremberg, Thomas Genon also showed a smooth and technical run. “La Frite”, as his friends call him, dropped-in with a truckdriver, then a double tailwhip, followed by a 360 tailwhip and a 360 downside whip. All in all, a truly dignified podium! 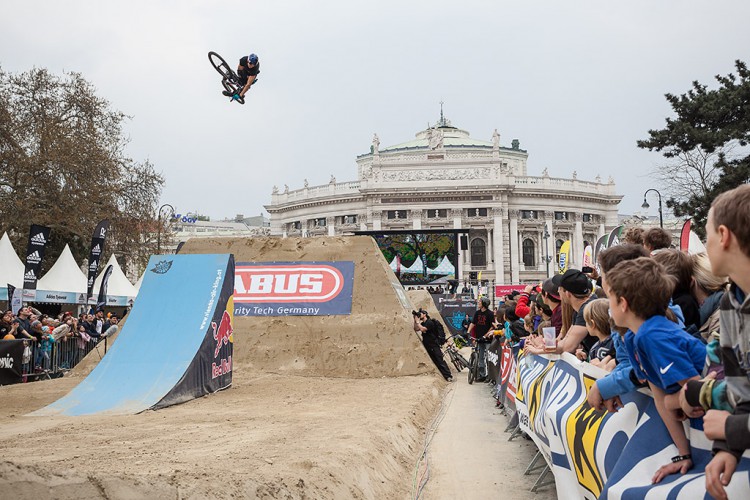 As part of the ARGUS BIKE FESTIVAL, which attracts more than 100,000 spectators, Sunday’s finals were actually not the only highlight of the VIENNA AIR KING weekend. From Saturday afternoon the crowds could enjoy spectacular bike action: it began with a unique demonstration when the entire rider line-up, including pre-qualifiers, dropped in consecutively to form a dynamic mega-train, which jumped over the three dirt jumps before gathering in the finish area. Such an extended rider train is something you will not see very often!

Shortly after, a 45min open jam session gave the riders the chance to throw down their biggest tricks! Some of the tricks were so complex, it really is incredible how far this sport is progressing. The award was given to Szymon Godziek for his FMX inspired backflip cliffhanger. The Polish ripper took home an additional 1,000 Euro. Young gun and rising talent, Nicholi Rogatkin (second place) stuck a triple tailwhip and jaws hit the ground when Torquato Testa nailed a backflip pendelum to no-foot-can, which placed him third.

VIENNA AIR KING event hosts would like to thank all the riders, spectators, media partners and sponsors for a great weekend, packed with action and is already looking forward to the next battle for the throne!

If you missed any of the action, watch the live replay on Redbull.com/bike: http://win.gs/1imTiv8 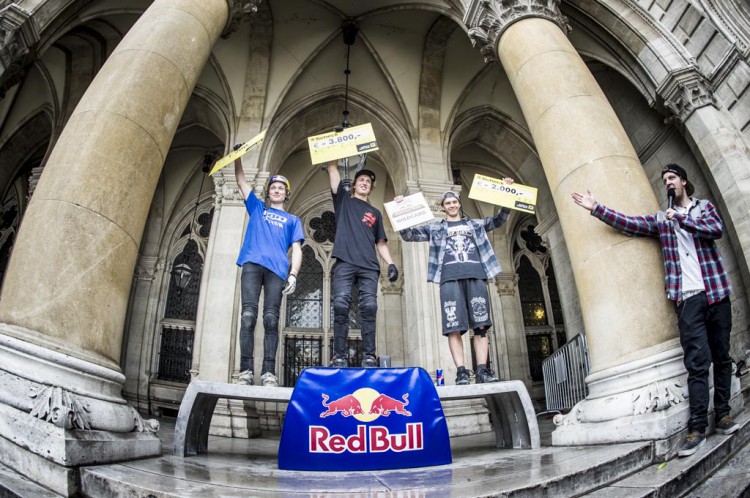