The Vitus Bikes Gravity Enduro Ireland National Championships headed to the south of the country for the first time this year. The venue was the Ballyhoura Mountain Bike Trails, a 100km plus trail centre built by Coillte, the Irish Forestry Commission. Riders could be forgiven for thinking they were in for a fairly tame affair but challenging weather conditions and some freshly cut natural sections ensured the racing was close and the adrenaline levels were high!

In the Women’s category it was local favourite and shining light of the Munster mountain bike scene, Leah Maunsell (Kona Bikes) who took the win over Vitus rider Michelle Muldoon, with Rose Griffin in 3rd.

The Pro Men’s field couldn’t have been stronger, with Greg Callaghan (Cube bikes) and Dan Wolfe (Vitus Bikes) returning from injury and international duty at the Enduro World Series. In the end is was Callaghan’s day with a narrow 17 second winning margin. Yet another Vitus rider and multiple National DH Champion, Colin Ross who rounded off the podium in 3 spot. 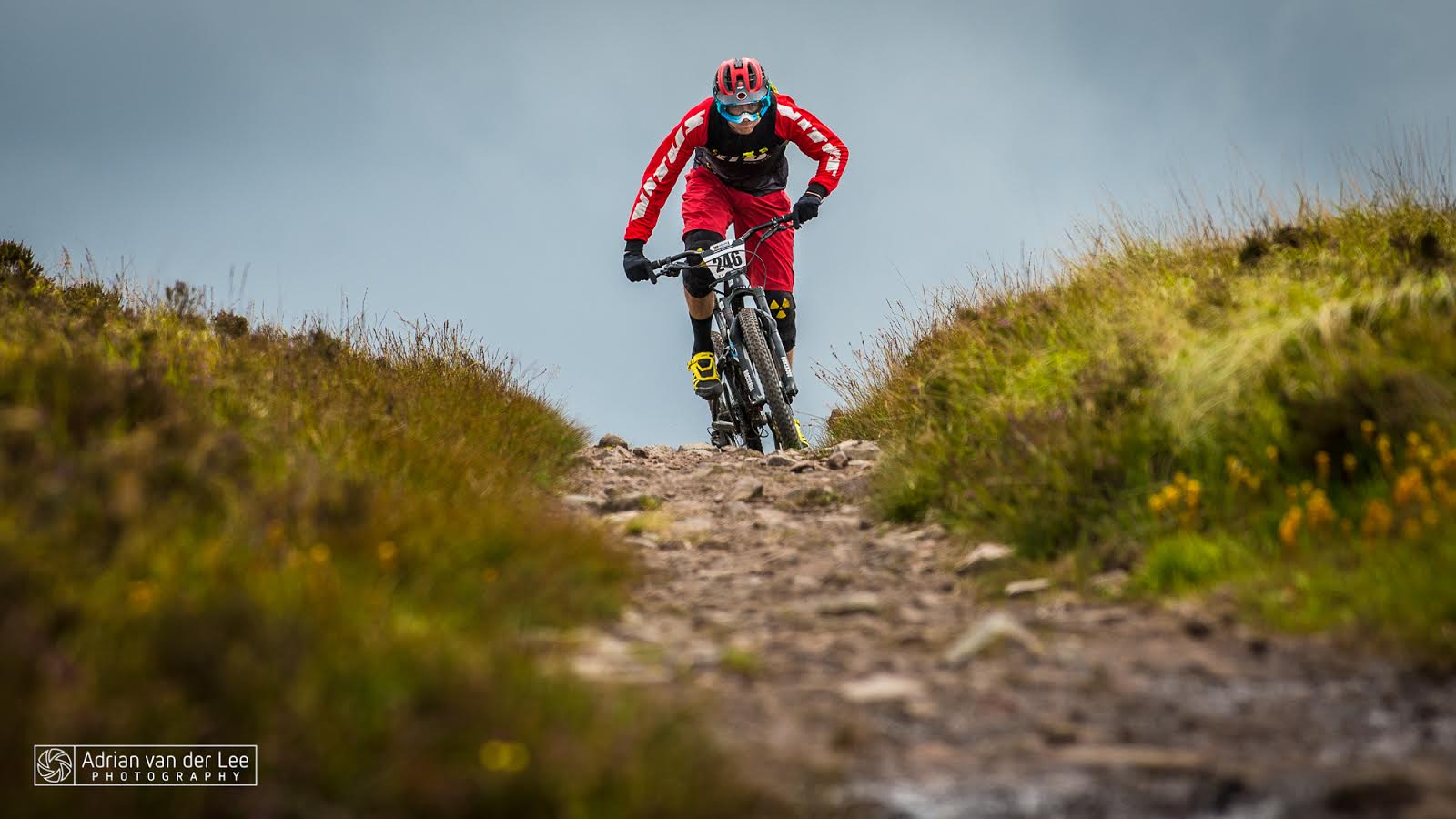 Stages 1 and 2 were almost all based on the way marked trail centre trails, with the latter being an exciting ‘tech trail’ with monster berms and hidden doubles for those who dared. Stage 3 had a big-mountain feel to it, a long transition complete with hike a bike left competitors with little shelter from the passing rain showers, but spectacular views none the less. Riders met the lunch stop on route to stage 4, a welcome rest for most marking the mid way point on the 34km route. The penultimate stage had arguably the toughest conditions, wet roots and severe compressions meant only a handful of riders could clean the section. 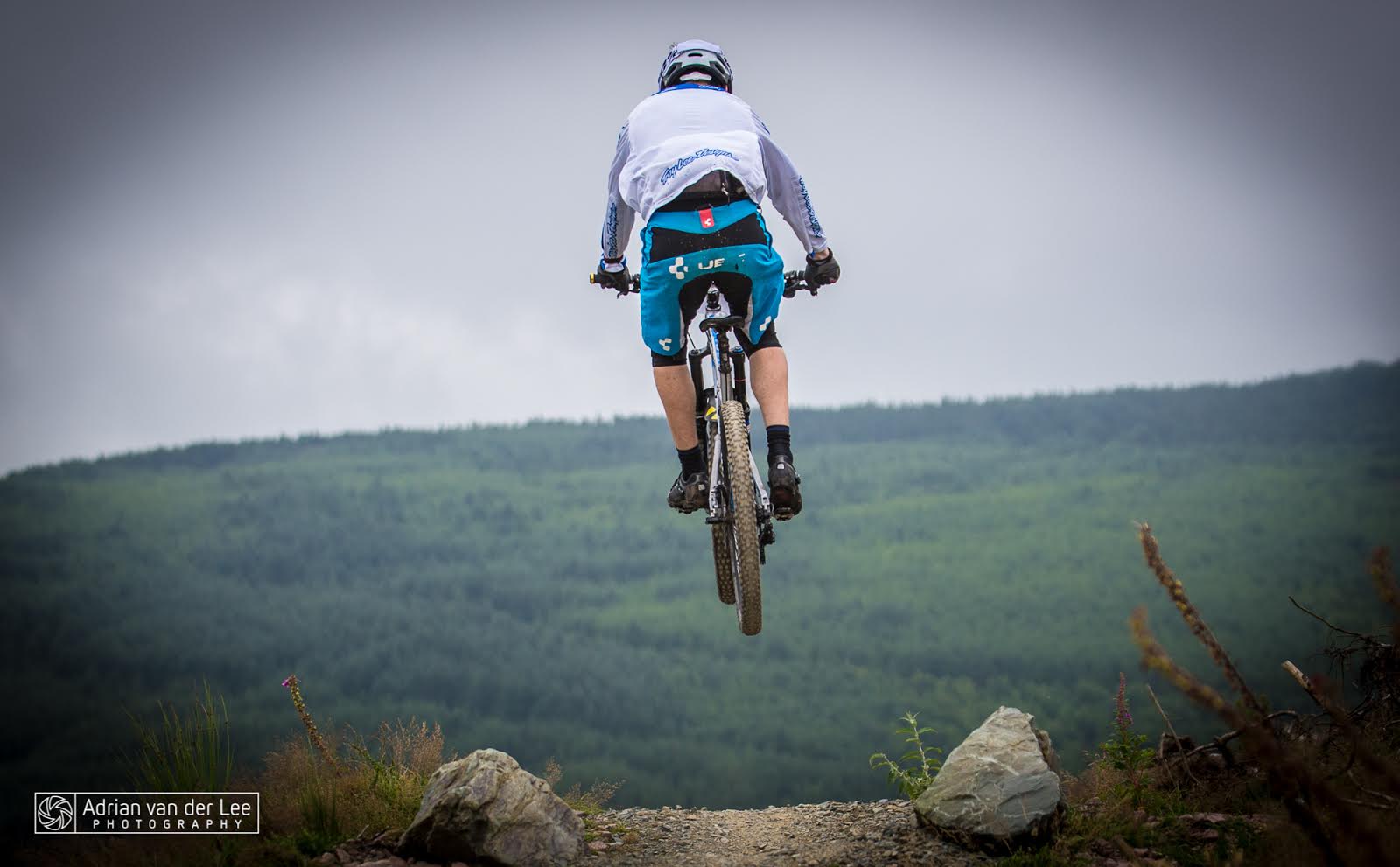 The fifth and final stage was a cracker. If stage 3 was big-mountain, this was Everest. An almost 10 minute stage in Ireland is pretty rare but this stage really is special. Eye watering speed right from the off, threading your way through the taped chicanes, through some crazy rock sections and into the trees. The middle section wouldn’t be out of place on a World Cup DH with ruts and rocks doing their best to cause trouble! The final section is a super fun, super flowing section of manicured single track – a testament to the hard work of the local trail crew.

Dropping right into the race village the atmosphere was electric, music was pumping and the air was filled with smoke from the BBQ. The burgers were going down a treat as tales of race run carnage ensued, with riders eagerly awaiting the times of the Pro riders to be announced. 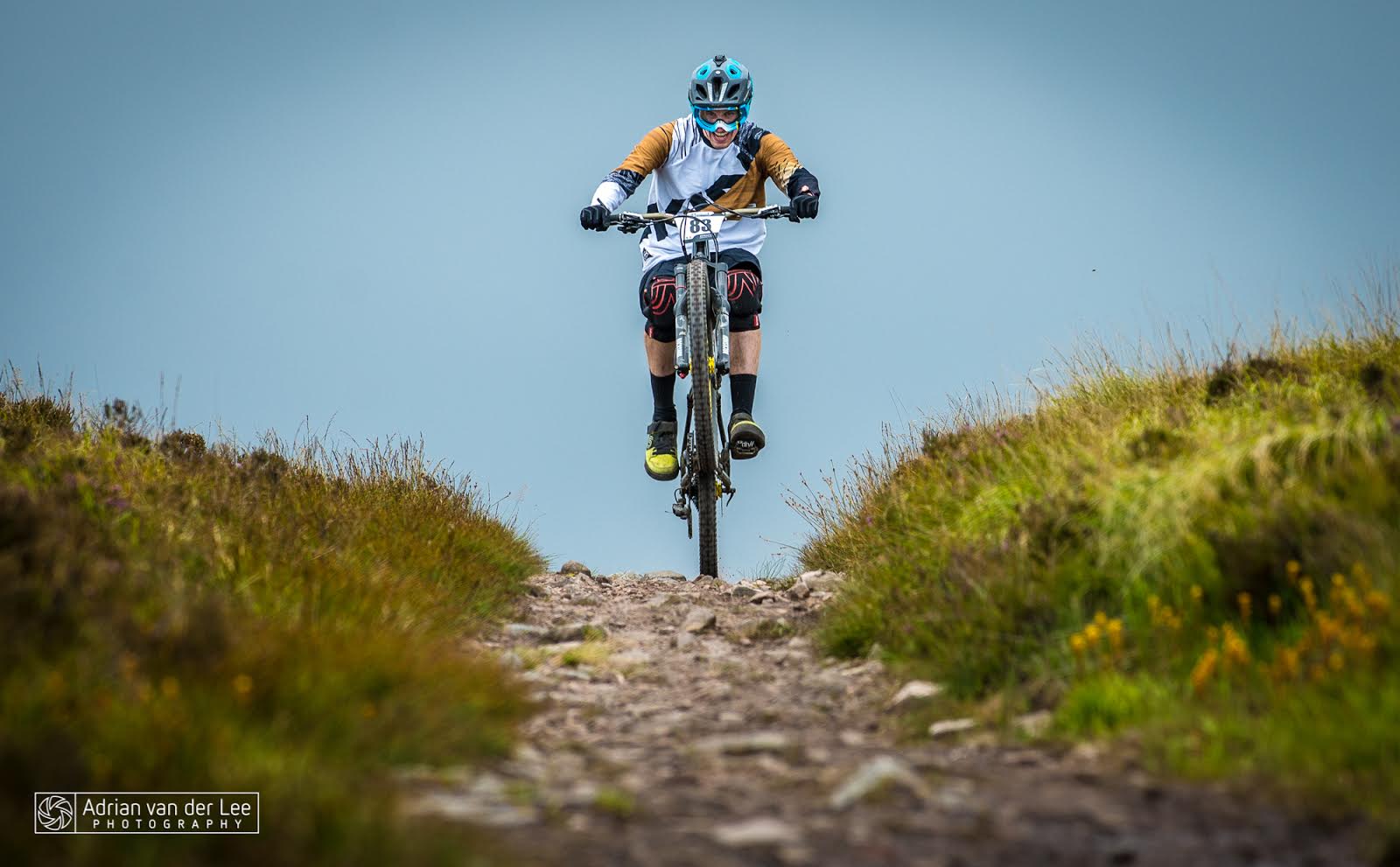 In the 14-18 category EWS regulars Killian Callaghan (Vitus Bikes) and Conor Lavelle (Ibis Bikes) took the top two places respectively, with Marcus Barry a fine 3rd place. The 19-29 category so fast, much of the podium would place inside the top 15 overall. Scott Wallace with the win from Paul Cadwell and Stephen McCormack. Luke Ireland, Barry Langrell and Peter McDonagh took the honours in the 30-34 category with Sean Herlihy pipping Jamie Whelan by just over a second in the 35-39 class. Barry Travers rounding out the podium there. Local knowledge shone through in the 50 plus category with Adian Barry taking the win from Joe ‘No Brakes’ Bergin and Dave Norman in 3rd place.