COMMENCAL VALLNORD DH Racing Team: With George Brannigan and on RockShox in 2016! 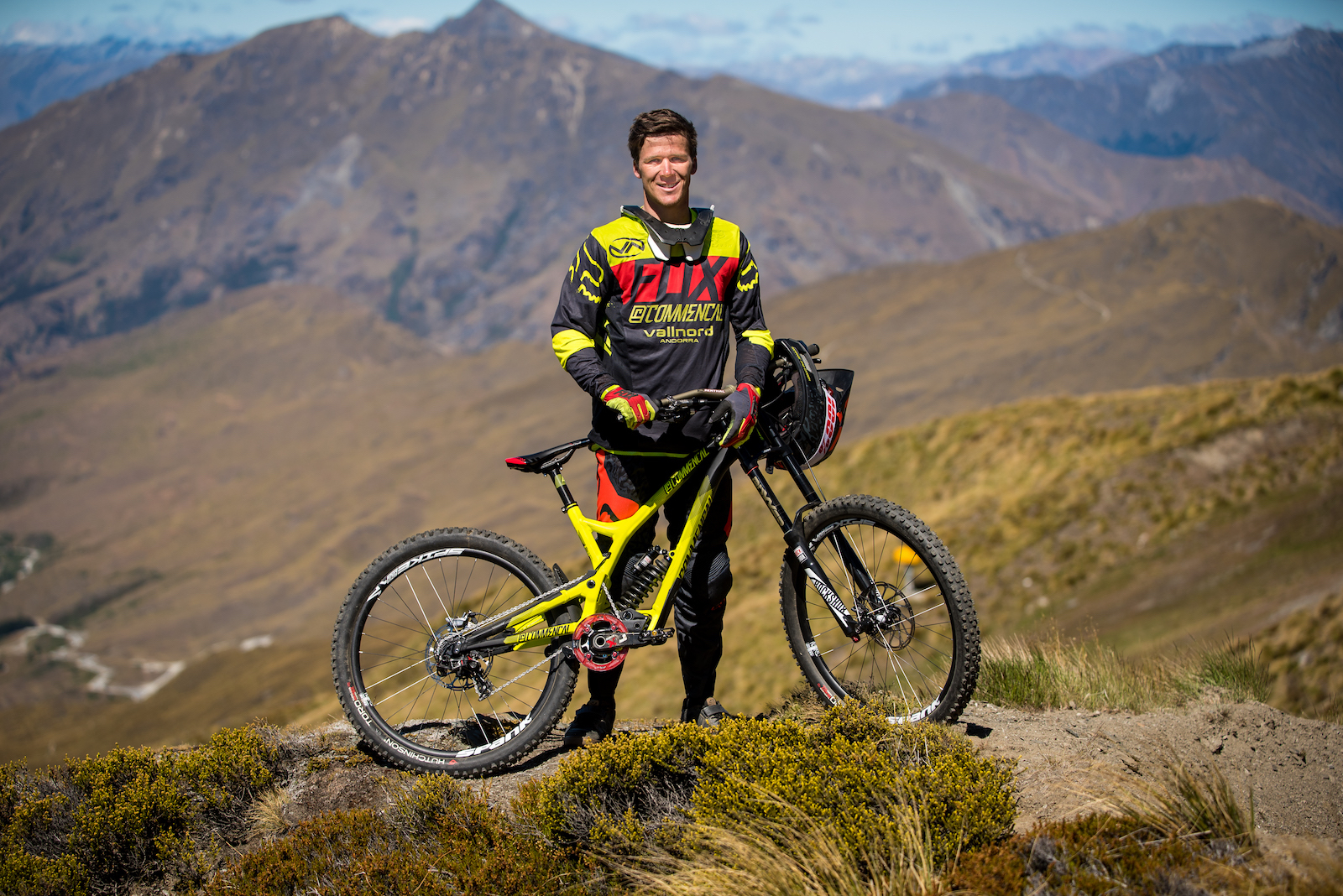 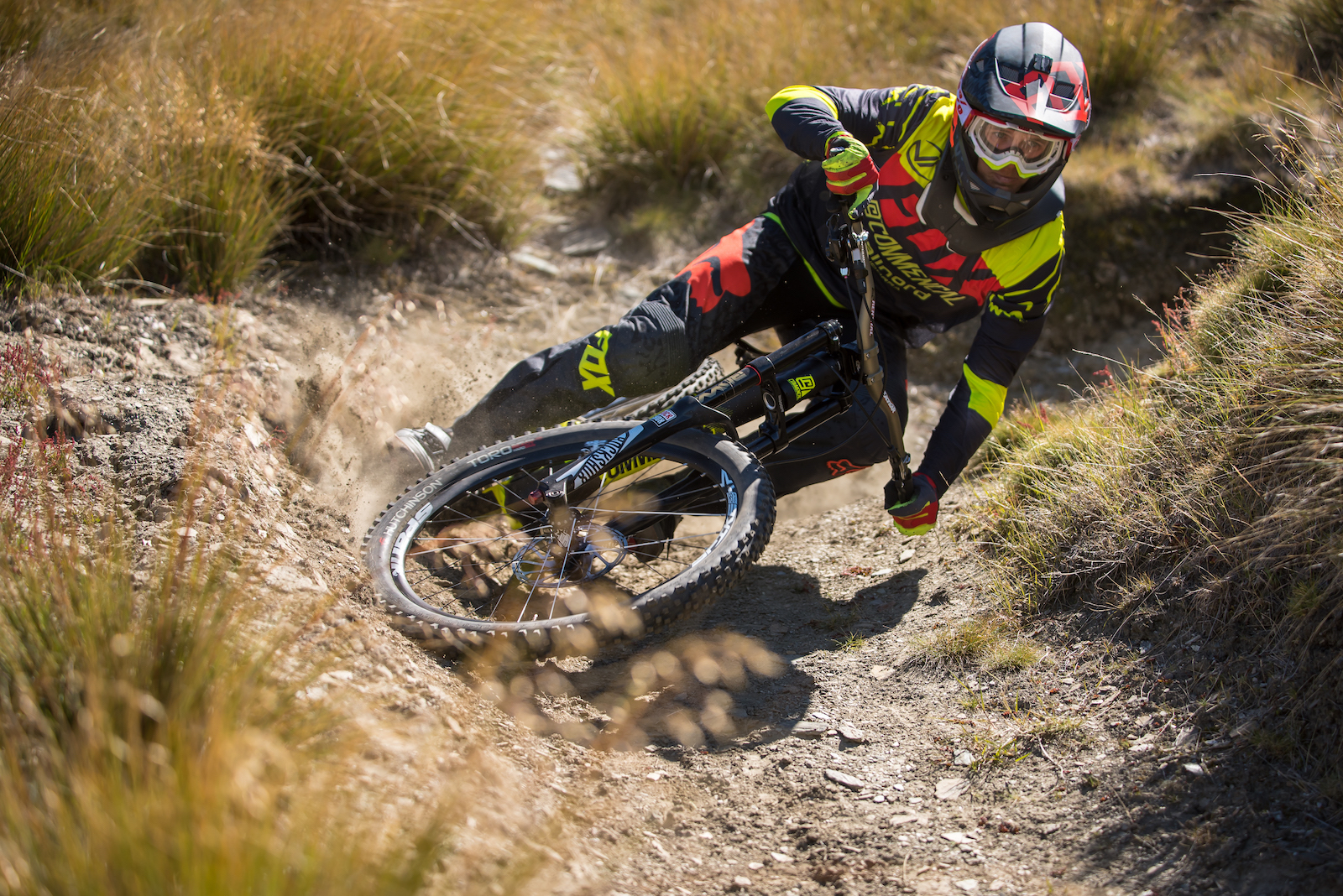 Some spied a yellow bike over in Queenstown (NZ) a couple of weeks back. Some had guessed that it was a SUPREME DH V4… They were correct! So there you are, it’s official, the New Zealander George Brannigan will be riding in COMMENCAL VALLNORD DH Racing Team colours for the next two seasons!

It didn’t take long for the Kiwi to impress the COMMENCAL clan with his engaging style and steeze and they were quickly endeared to his personality. We are convinced by his ability and we’re itching to see the Thirion-Brannigan duo in action! George Brannigan says, “Joining the COMMENCAL VALLNORD DH Racing Team is hugely exciting for me, it’s a fresh start with a new and cool group of people to work with. I have been welcomed to the team with open arms so it just makes me stoked to do my best with them. Having a good bike was at the top of my list for switching teams so after the first ride on the SUPREME DH V4 I knew it was the right choice to make. Everything is dialed from team support to the bike, so now it’s go time!” 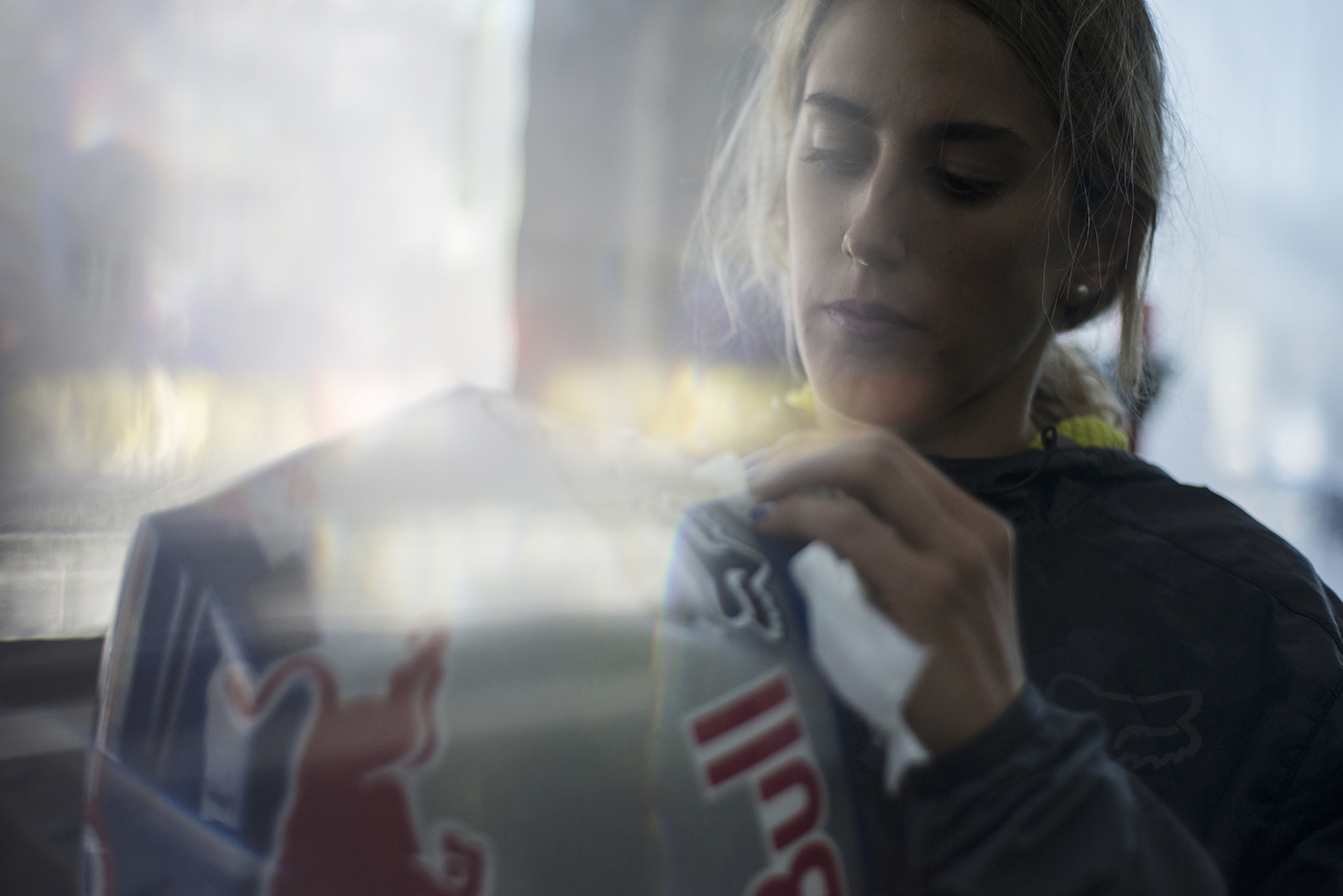 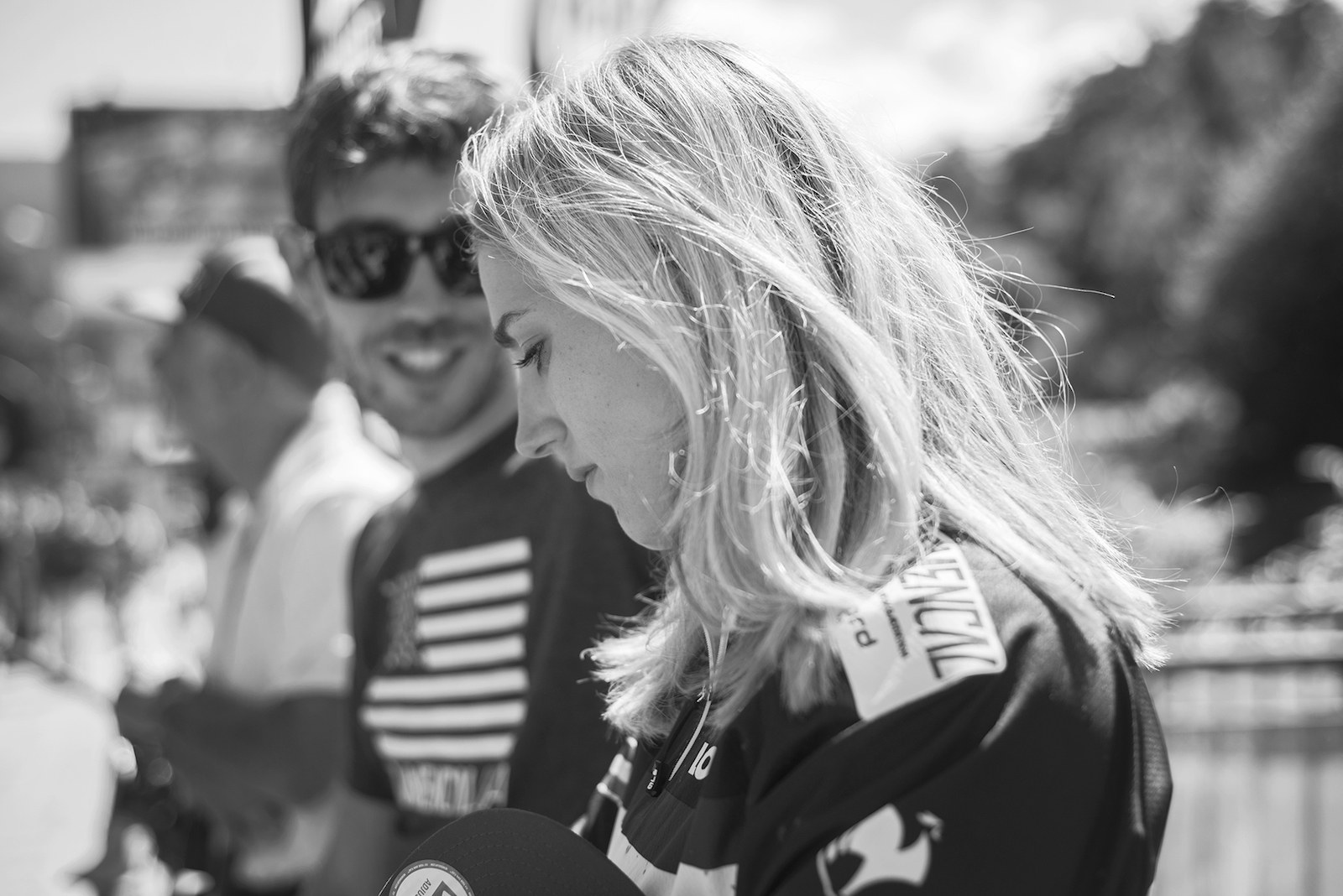 As well as George Brannigan, the COMMENCAL VALLNORD DH Racing Team is made up of Myriam Nicole, Rémi Thirion (both of whom have re-signed until 2018), of Gaëtan & Thibaut Ruffin and junior Gaëtan Vige. COMMENCAL is once again committed to the Riding Addiction structure until 2018. 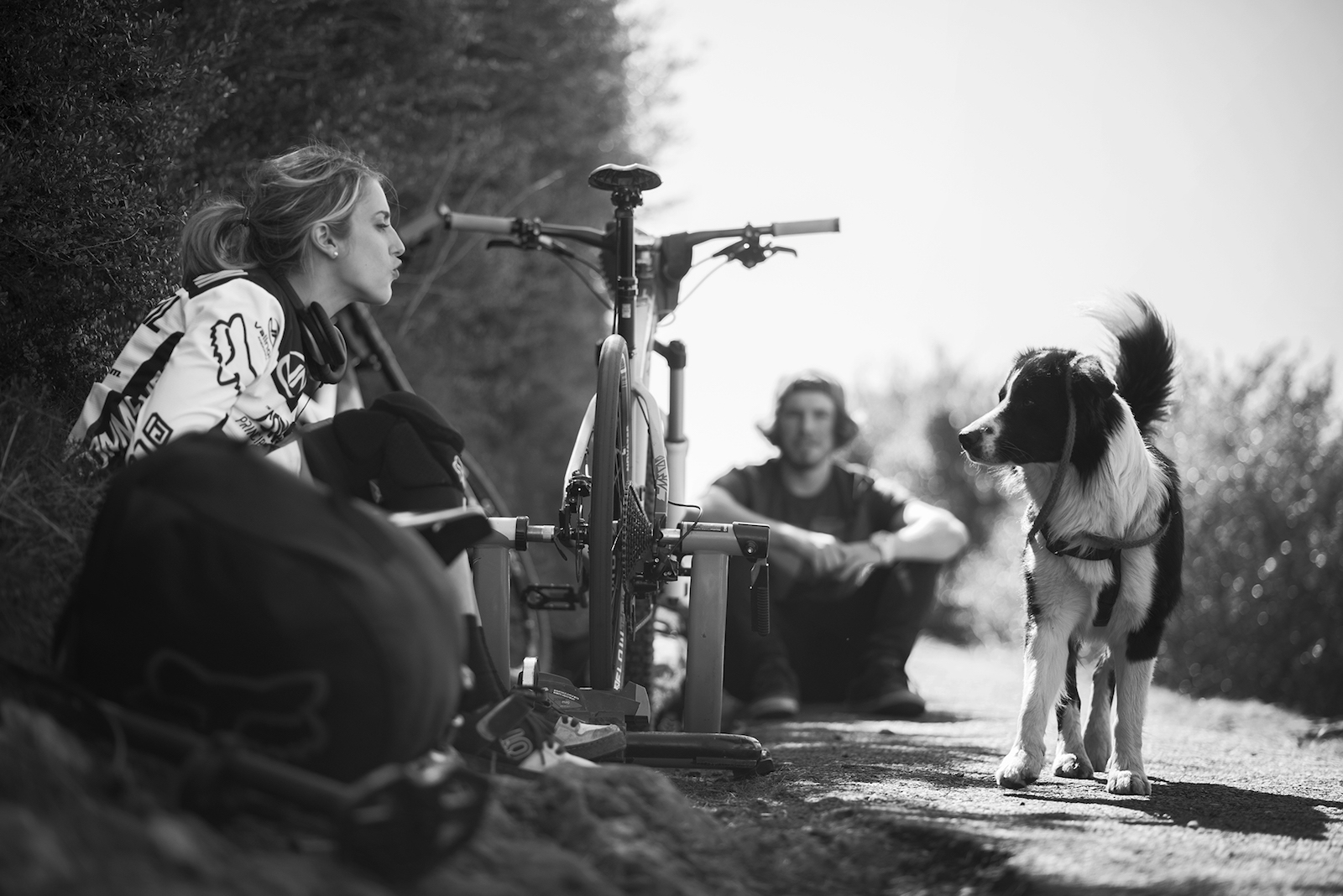 The other big news in 2016 involves our sponsors. We’re proud to announce that the team will be riding with ROCKSHOX suspension. Both SRAM and RockShox become official partners with COMMENCAL.

Martin KIRCHNER, SRAM European MTB Sports Marketing, “It takes a special type of athlete to be a part of the SRAM Team. COMMENCAL VALLNORD DH Racing Team is very special that way. You feel like you’re staying with a family but at the same time they are showing great professionalism and sportsmanship. Knowing Thibaut and his teammates for a long time now, I can say they are making a step forward every year and I´m very confident that the team will carry some good momentum from last year’s Worlds at their home in Andorra, into the next season. It’s going to be an awesome year!” 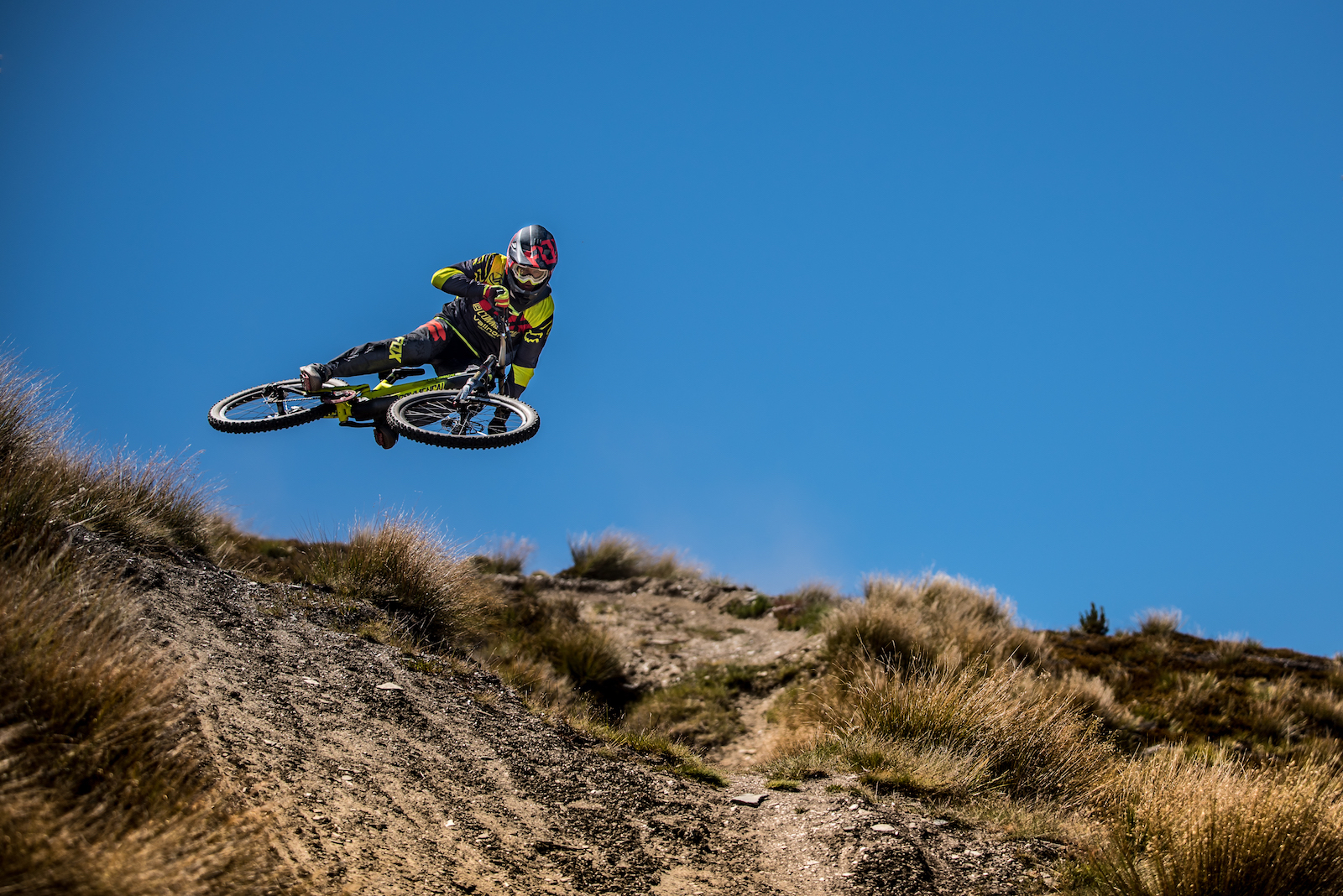 In more news, the team will be equipped with SPANK Spike Race 33 and 28 wheels and in addition, participate in product development.

Gavin M. Vos, CEO and Lead Designer, SPANK Industries, “There are a lot of obvious synergies between SPANK and COMMENCAL, including shared philosophies of delivering cost effective quality with environmentally responsible materials, and commitment to innovative design and development. We are excited to have

COMMENCAL Riding Addiction competing on our flag ship Race33 wheels, the first DH race rim to pair the rigidity of the Oohbah ™ inverted profile with BeadBite™ anti-burp tubeless technology. Testing with Rémi Thirion and the rest of the team has been very positive and were extremely impressed with the level of professional and technical feedback from the squad. We look forward to continuing our testing and development with the team in 2016 and beyond.”

As in 2015, the COMMENCAL VALLNORD DH Racing Team is supported by VALLNORD, Fox Head, Hutchinson and more.Josep Marticella, Director of Vallnord Resort, “It is very important for us to associate Vallnord with a team and it is natural to have done this with a local team that runs at an international level. It is a partnership that you want to last for time and that fits into our strategy to become the best bike park in the world!” 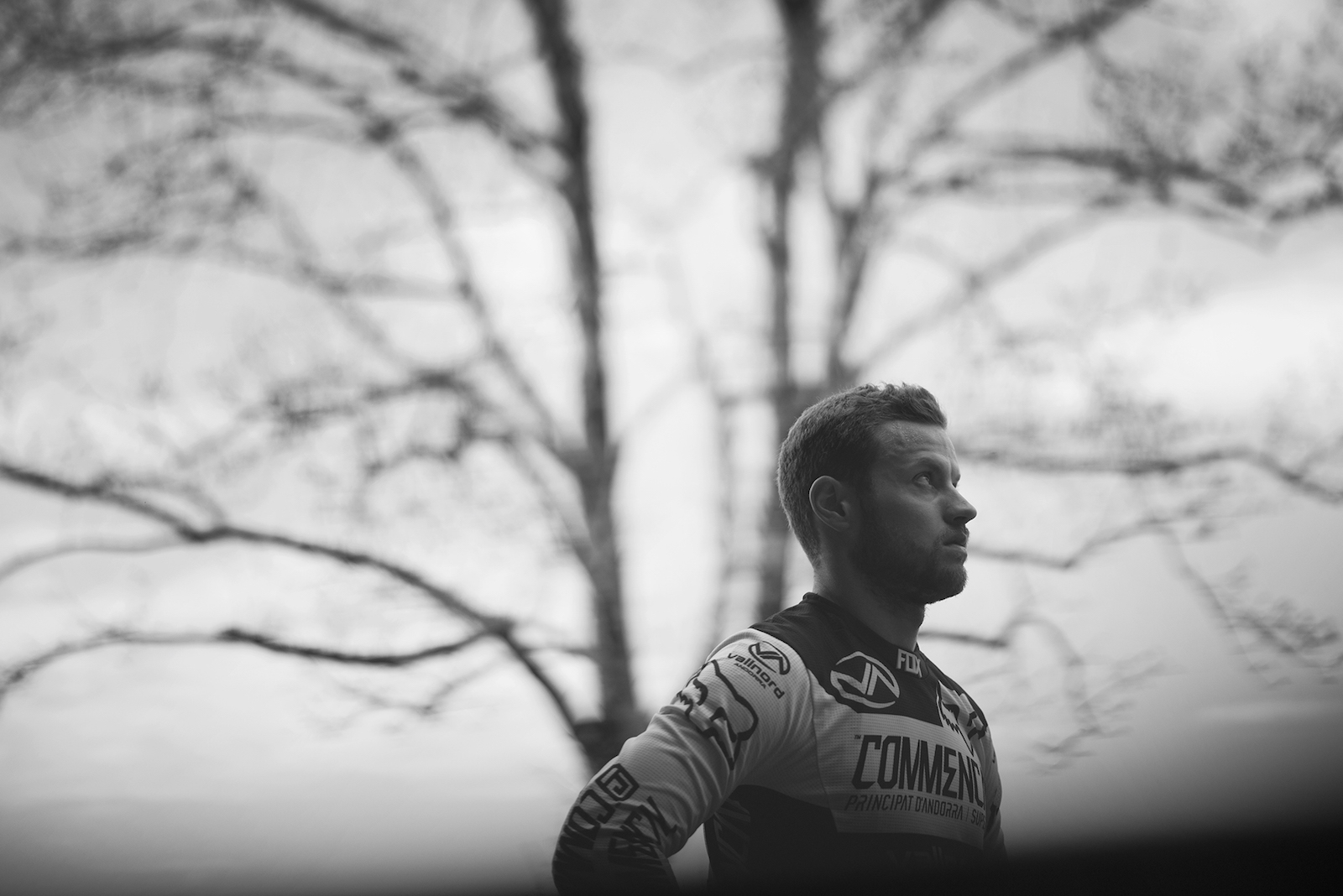 Max Commencal, “To be honest, I don’t personally know George. However, there are certain riders that transmit positive vibes, who are kind, even if you’ve never personally addressed them. George is one of those people! His riding is crazy, all out 100% and I don’t know why, but I get the impression that his personality is similar to that of Rémi’s and on their SUPREME V4s that should do the job… This season, he will have the courage and commitment that will make the difference. And they both have the calibre.”

Thibaut Ruffin, Team Manager, “We are really happy to welcome George to the team. He has an engaging style that everyone loves and we are sure that the SUPREME DH V4 will enable him to exploit his potential. With Rémi, we now have two riders capable of reaching the top step of the podium, not forgetting Myriam doing it for the girls and Gaëtan in the junior category. This is undeniably the goal of the next couple of seasons and we will work hard towards achieving it. In order to do so we surround ourselves with and count on the support of our partners.

The COMMENCAL family have provided tremendous support all of these years. It’s a pleasure to be part of the crew again for the next three seasons. VALLNORD is also our partner of choice, they have everything that we need to progress and we are honoured to be associated with this Mecca of MTB. SRAM has donned our bikes with brakes and transmission for five years and we are super happy to continue with this relationship.

The expansion of this partnership for 2016 with ROCKSHOX is an essential point. The first tests showed big potential and we can’t wait to see it for real in a race environment!

SPANK is also new for the team, with new Spike Race33 and 28 wheels, which are real jewels! This collaboration is very exciting. FOX HEAD is a key player in our sport not least because of the quality and beauty of their products. We can’t wait to evolve in their new Flex Air MTB range. HUTCHINSON was solid for the team in 2015, their products and attention to detail combined with their proximity makes them an ideal tyre partner.

To say that we’re excited to start the season is an understatement! We meet in a few days in California for our team camp and start preparing over the next months for the first World Cup in Lourdes.”