ROTORUA, New Zealand, March 27, 2015— On a course running fast after a week of mixed conditions, Frenchman Loic BRUNI crushed the field in the Crankworx Rotorua Downhill presented by iXS, besting the field by over two seconds. 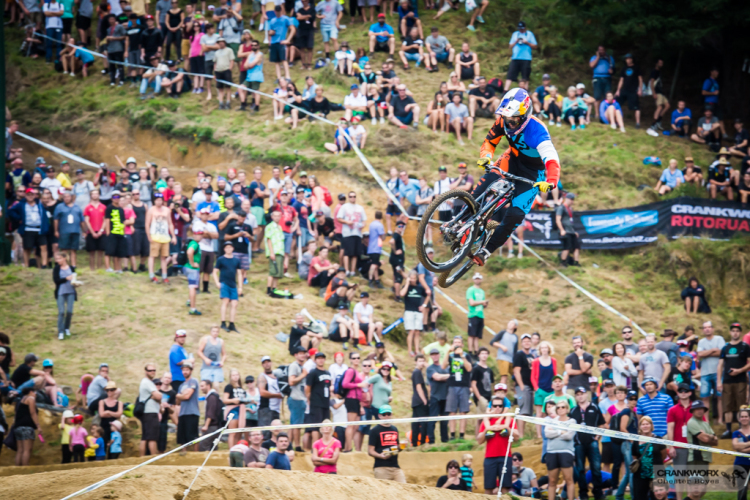 Ripping through the Redwoods of Skyline Rotorua Gravity Park 13 runs before BRUNI, Eliot JACKSON’S time of 2:53.16 appeared to be the time to beat, holding strong for the bulk of the race, until Bruni hit the start line with only four more riders to go.

“I felt in a really good mood all day and to win here is great stuff for the head—my confidence. I had a really good day. No rain. Good weather. A lot of people on the track. It was amazing,” said Bruni. 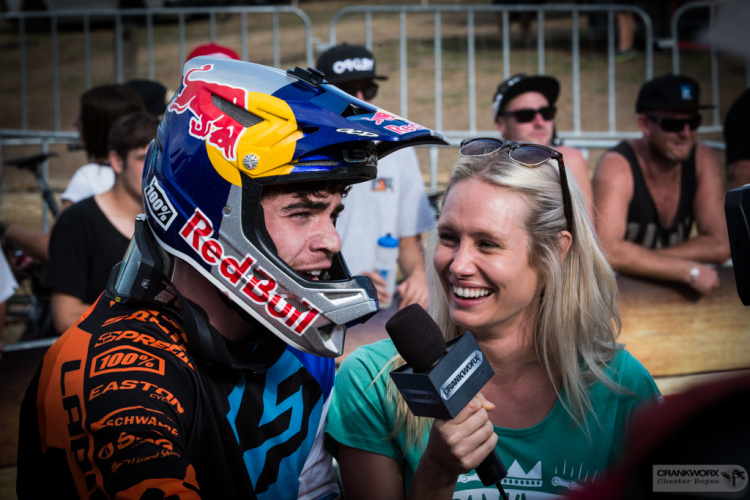 Smiling through every rider coming down, Jackson told announcers he was loving the course and had done so many runs in practice he was worried he wouldn’t have the energy to race.

“I think I had a really smooth run. The atmosphere was really good. Everyone was really chill at the top, so there was no pressure,” he said, noting Bruni is an amazing rider with whom he is pleased to share the podium. 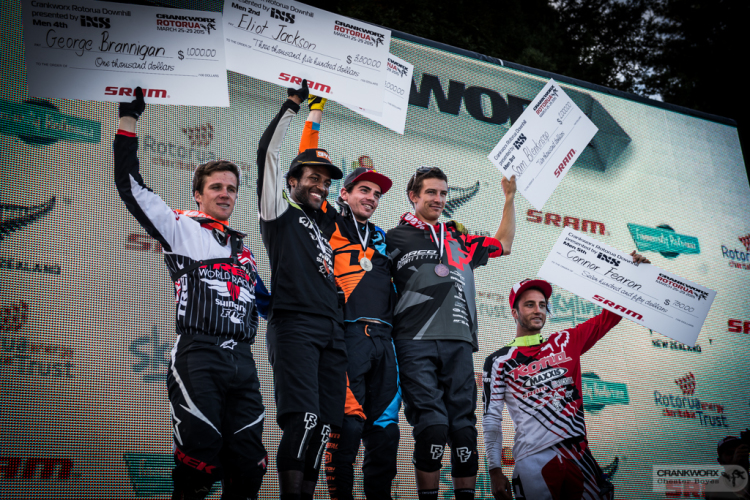 “First race of the season and I haven’t raced since the world champs last year, so it’s amazing to come away with the win and quite a confidence boost,” said Atherton.

Both Atherton and Bruni attributed much of their energy to the incredible crowd gathered for the event, the first of the new Crankworx DH Championships.

“The people up at the track made the event. Everyone’s cheering and shouting your name; it’s wicked and cool that everyone’s come out here. This Crankworx is probably one of the best atmospheres for a Crankworx event. There’s loads of people, but its small and compact so everyone’s in the same place and it’s just amazing,” said Atherton.