If you haven’t been on a computer in the last 12 hours, you might not know about the new Specialized Stumpjumper. If you have, you’d know that yesterday we attended its launch and got to take a peek at some of the new models. EWS big dog Curtis Keene was on hand to field some questions and chat about the new Stumpy. 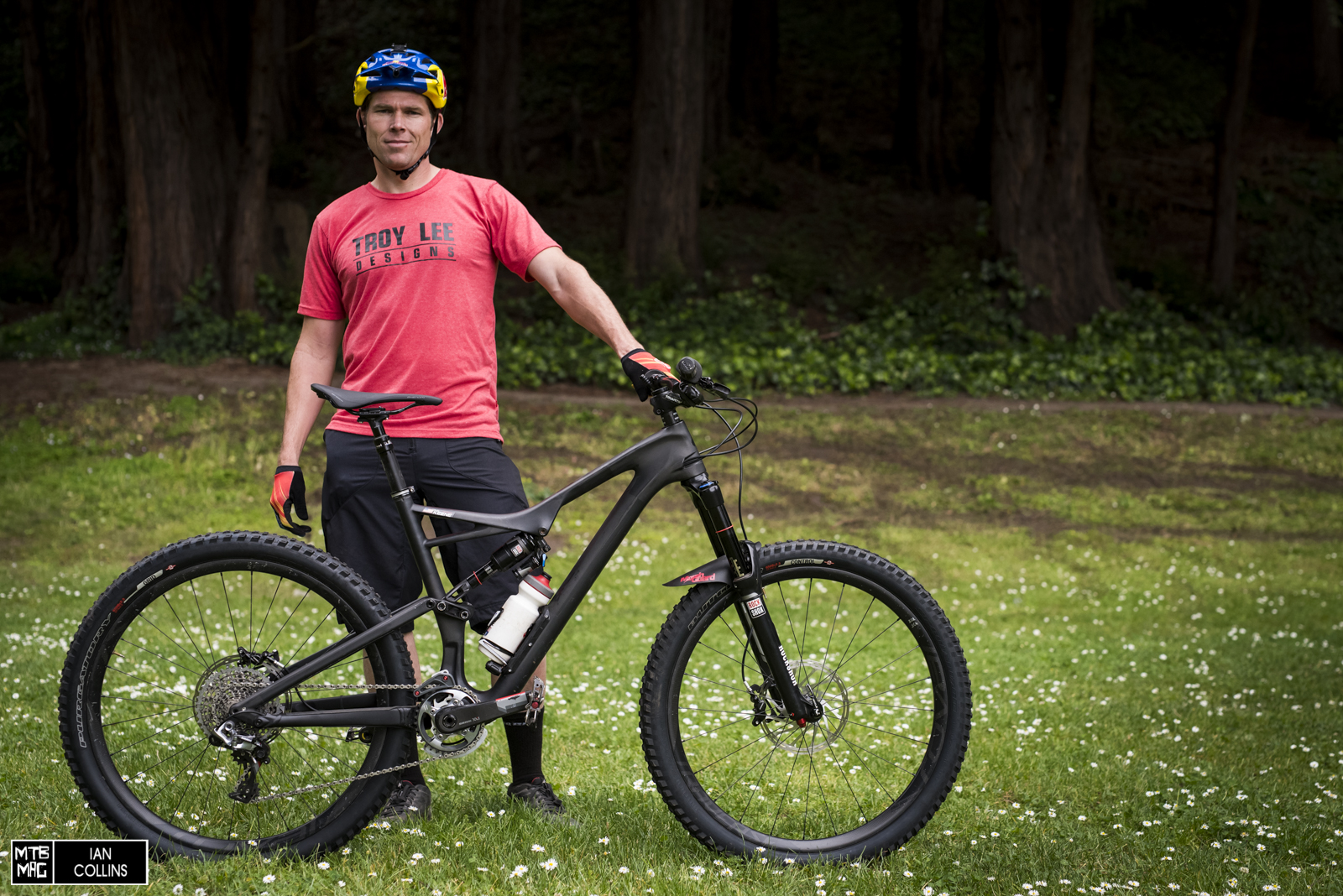 Although the bike looks rather “production” this is an early prototype. Specialized first came up with the idea for the SWAT downtube portal roughly three years ago. It wouldn’t be possible to put a huge hole in an aluminum prototype sled so we’re guessing that they built a mold based off of where they wanted the geometry and then did some fine tuning with layup and thickness. 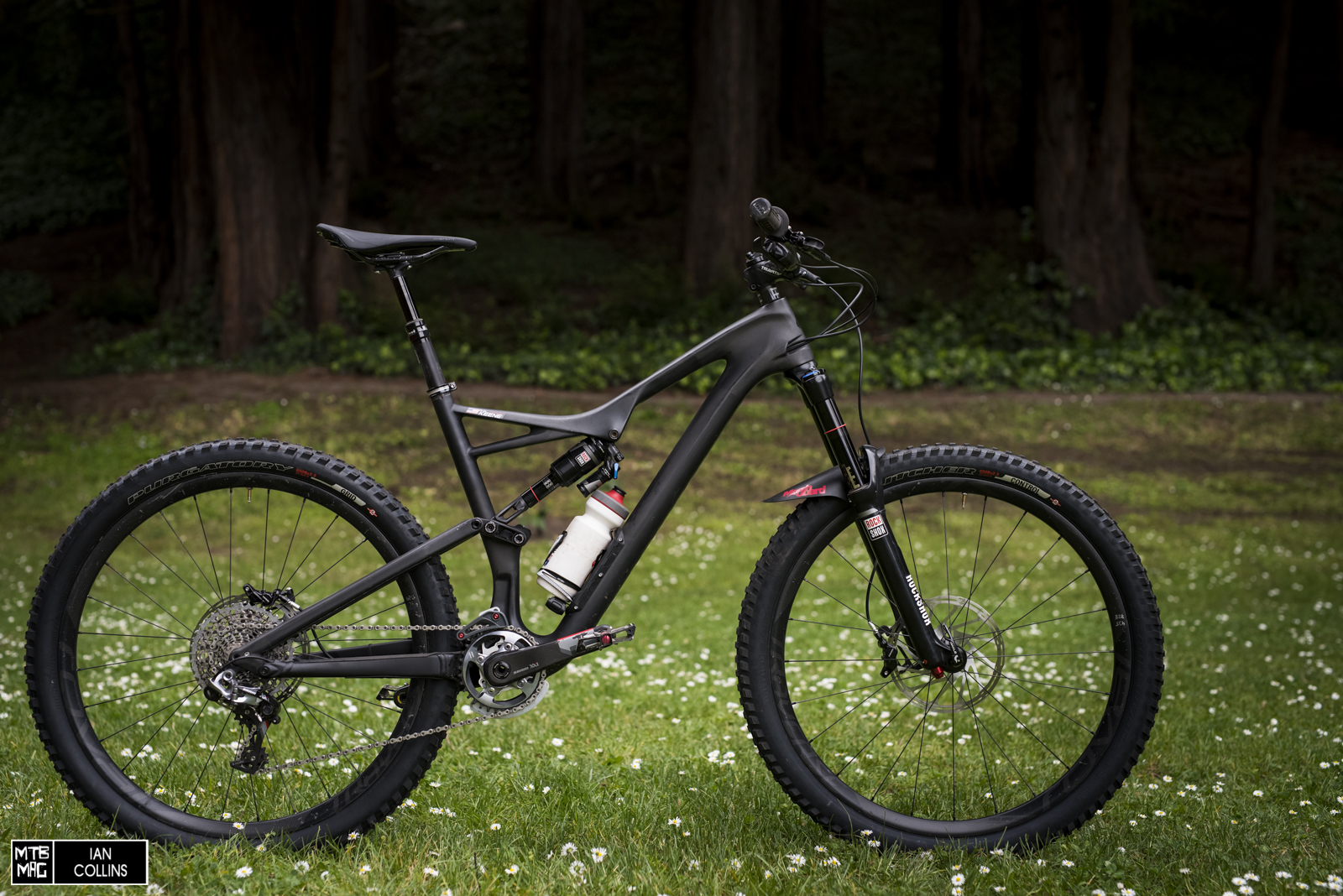 Because it’s all stealthy matte black, the bike looks rather refined for a prototype, but Curtis has been riding this for a good while. Speaking of prototypes, the Roval wheels that are on this bike are the original prototype rims for the 27.5″ carbon 30mm rims. He raced all season on them last year. That clearly speaks volumes about their strength. It’s also nice to know that the bike accepts a chainguide and (barely) fits a full size shock with a reservoir.