What a show. We’ve never seen so many world’s first go down in one single session! The crowd gathered plaza of Nuremberg, the vibes were on, an absolute banger of a session went down!

Experience the world of Red Bull Bike like you have never seen it before. With the best bike videos, from Mountain Bike Downhill to Cross Country plus BMX and original series, prepare for your “stoke factor” to be at an all time high.

The Red Bull District Ride is back with impressive results! Five years after the last Urban Slopestyle Festival in Nuremberg, the best riders in the world showed that they too are ready for the big show. Today, much like the rest of the season, Emil Johansson (SWE) stood out in particular. Emil deservedly secured victory in the Best Trick Contest with a 360 tailwhip to barspin to opposite downside tailwhip. Among the women competing for the first time ever in Big Air at Redbull District Ride, Gemma Corbera (ESP) crowned herself champion with a nice big backflip.

Spectacular action right at the start: Rider Emil Johansson wins the Best Trick Contest with a mind blowing 360 tailwhip to barspin to opposite downside tailwhip. 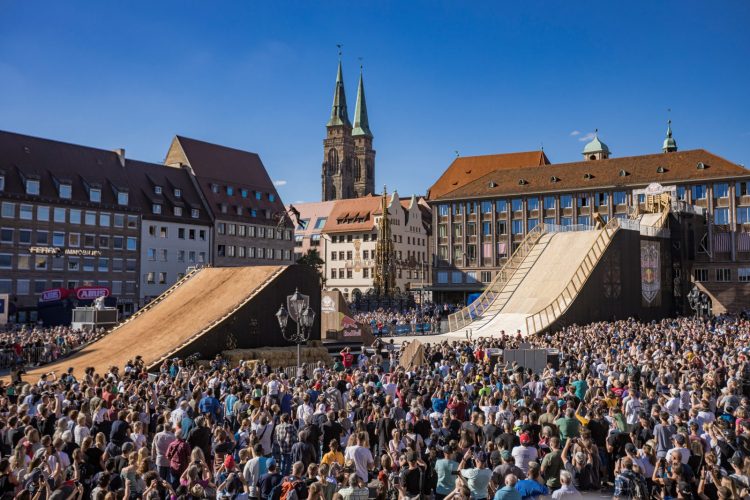 In addition to the usual suspects of Dawid Godziek (POL), Emil Johansson (SWE) and Nicholi Rogatkin (USA), all of the riders were charging for the top spot. Nico Scholze (GER) and Alejandro Bonafe (ESP) were throwing down crazy combinations. Alejandro Bonafe pulled off a world’s first when he landed a perfect cash roll tailwhip to barspin while Nico Scholze (GER) was laying out super extended backflip supermans.

Unfortunately for them, it was not enough as Dawid Godziek, Diego Caverzasi (ITA), and Emil Johansson would also be putting down world’s firsts. While Rogatkin didn’t do a world’s first, he did pull off a 1440, a trick only he has ever done before.

Godziek held onto the lead for a long time with his twister-tuck no hander to barspin until Emil bumped him out of the top spot with his own world’s first with the 360 tailwhip to barspin to opposite downside tailwhip. This would secure the lead for Emil giving him a first place in Best Trick while also currently sitting in the top spot with one run of slopestyle complete. 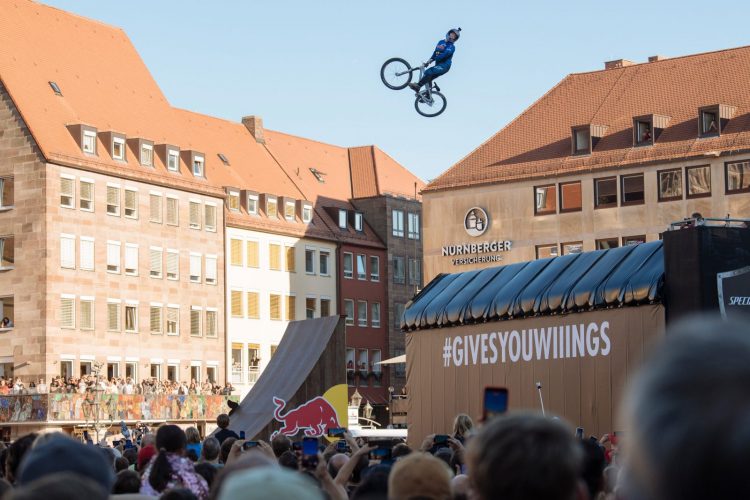 Emil Johansson
(360 tailwhip to barspin to opposite downside tailwhip)

Emil Johansson
(360 tailwhip to barspin to opposite downside tailwhip)

US Open of MTB Returns to Killington