Scott Laughland from the Cube Action Team is one of the faster riders on the circuit, unfortunately raceday in Punta Ala wasn’t kind to him and he flatted. However before the race we managed to catch up with him and take a look at his race bike a carbon Cube Stereo. 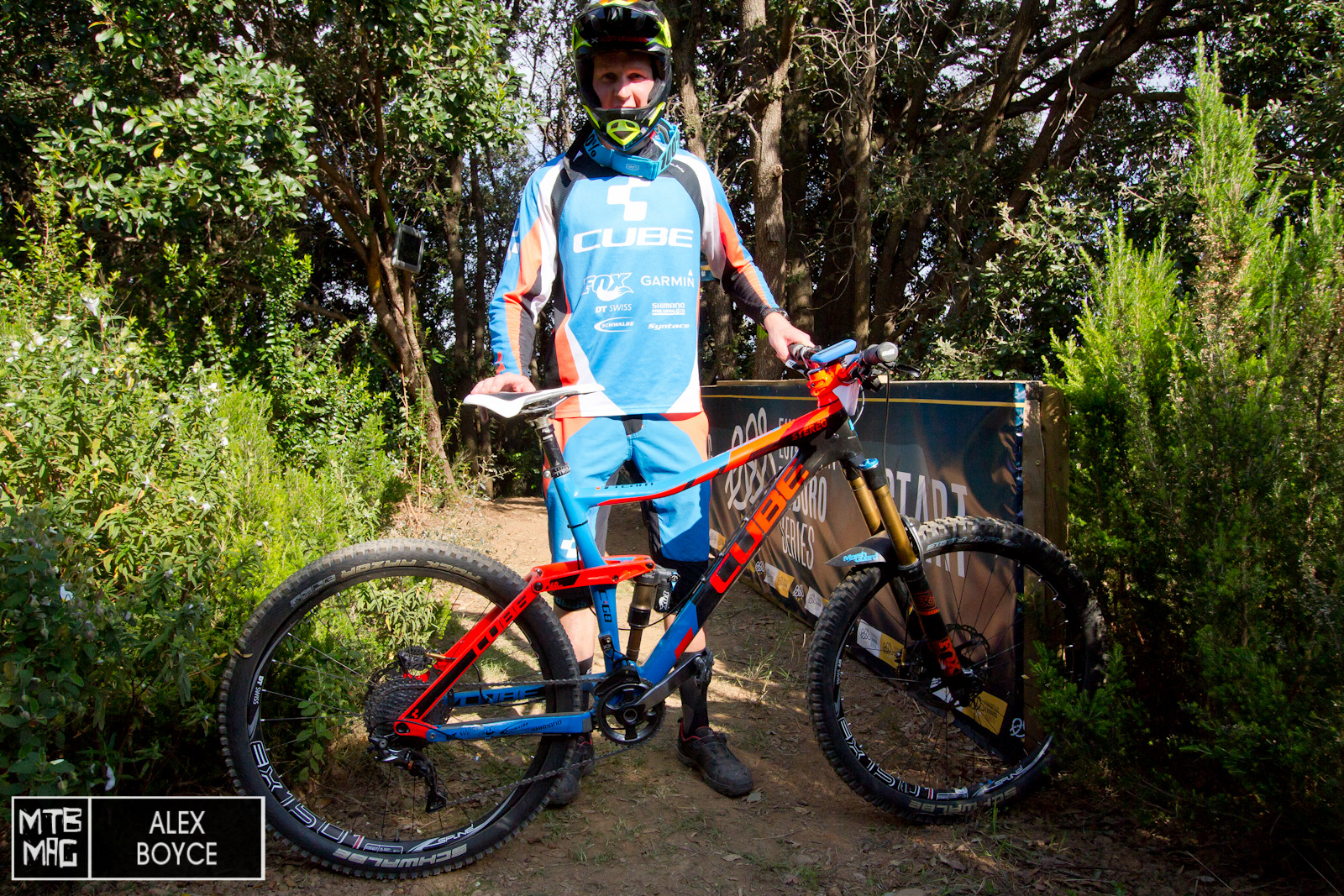 Scott and his ride a large size carbon Cube Stereo. 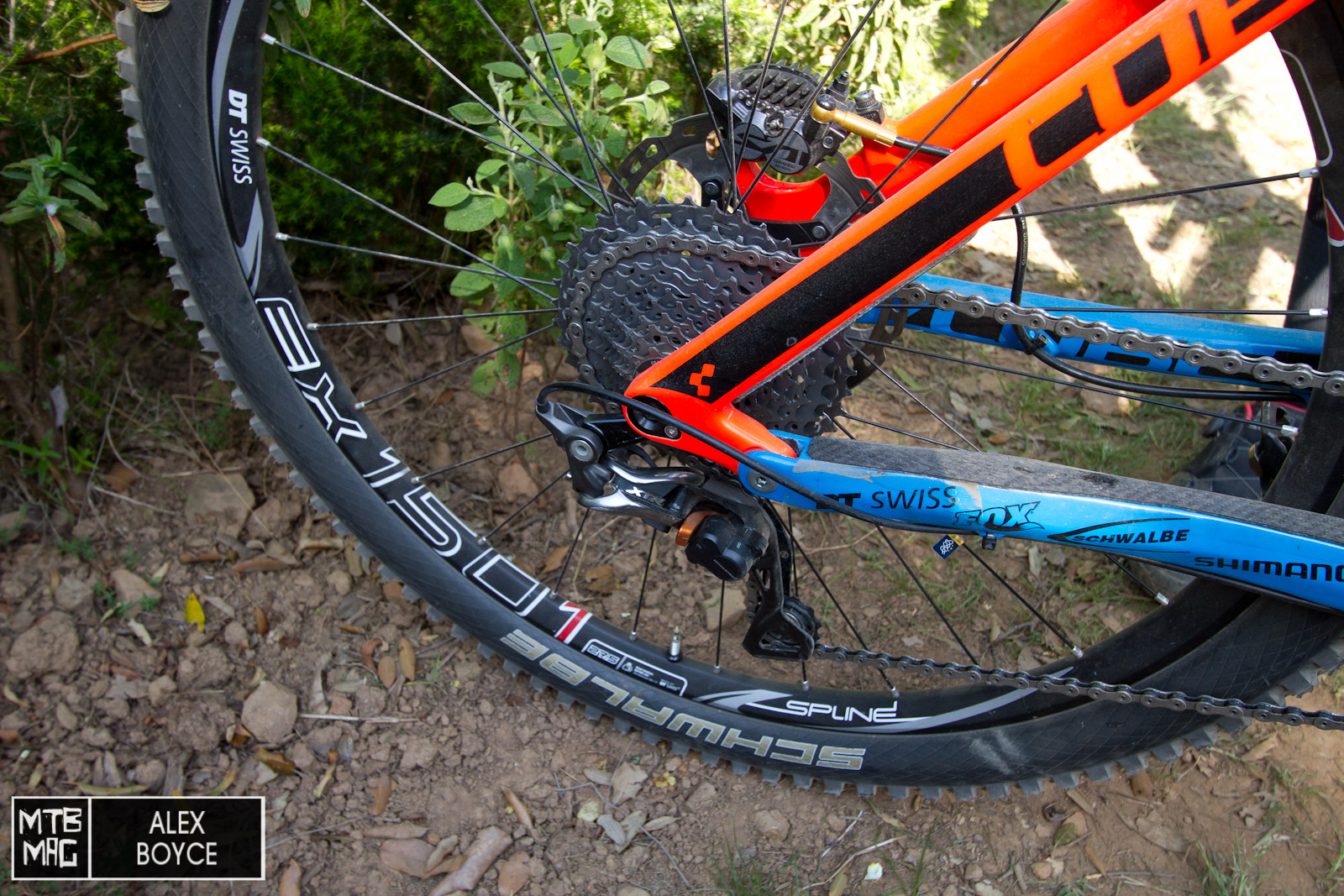 Scott is using the new XTR rear end, but the mechanical version not the Di2. The use of the larger rear sprocket allowed him to up his front ring to a bigger size. Out back he uses 180 mm discs with Saint brakes. 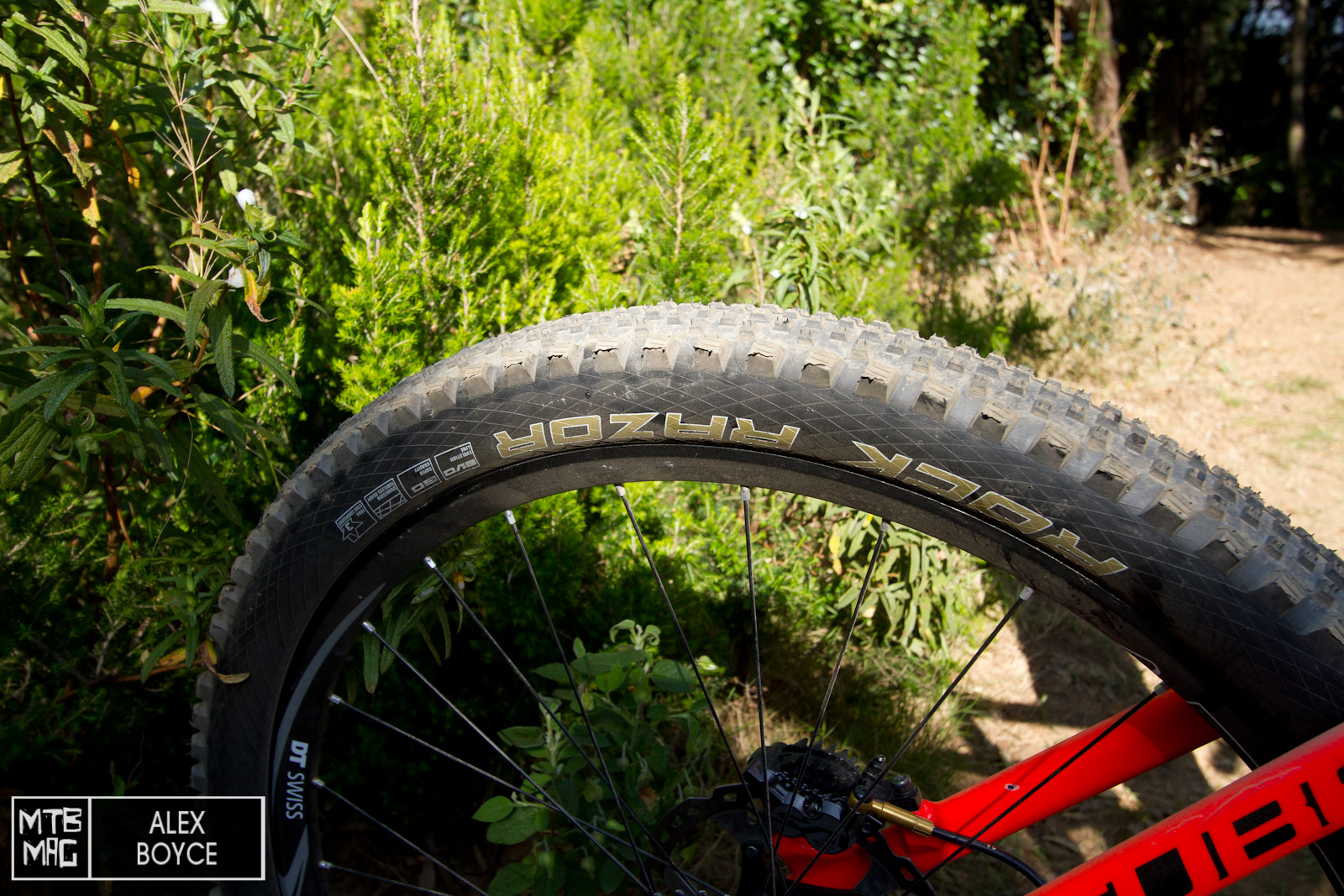 For high speed rolling, a Schwalbe Rock Razor is called for. 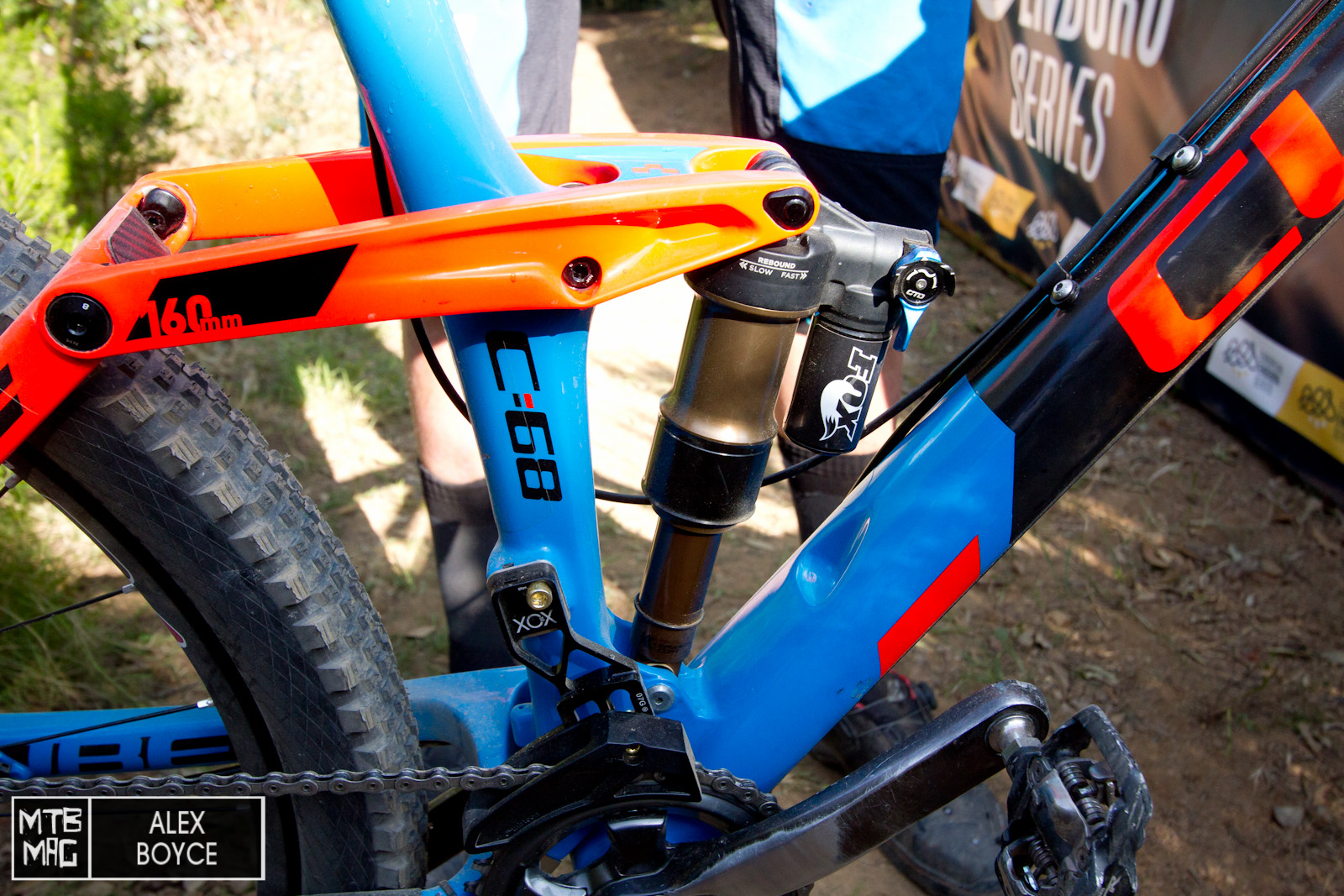 Fox have provided him with a new rear air can, the 2016 internals, his set up is fairly standard, he just runs a higher pressure according to his speed. 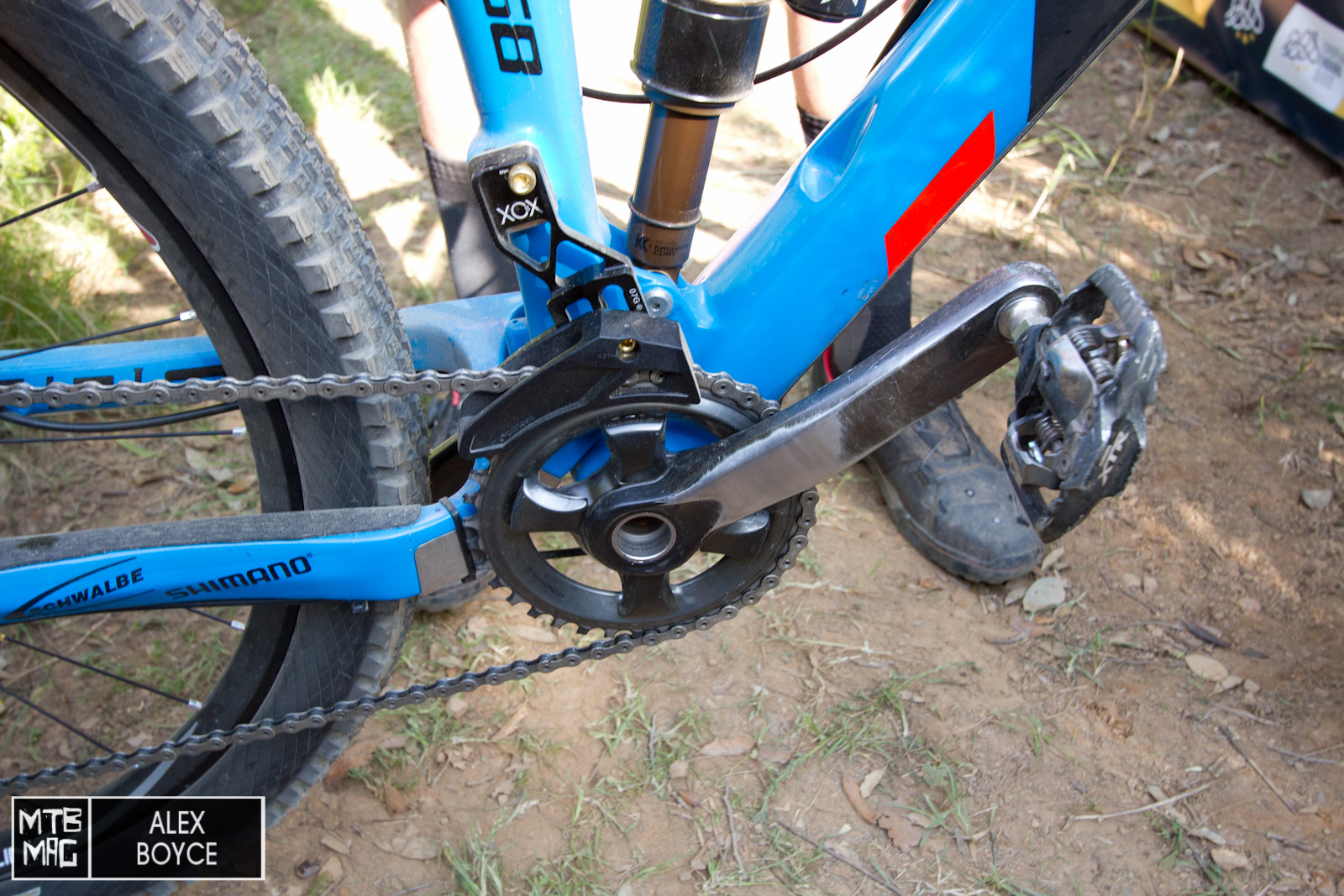 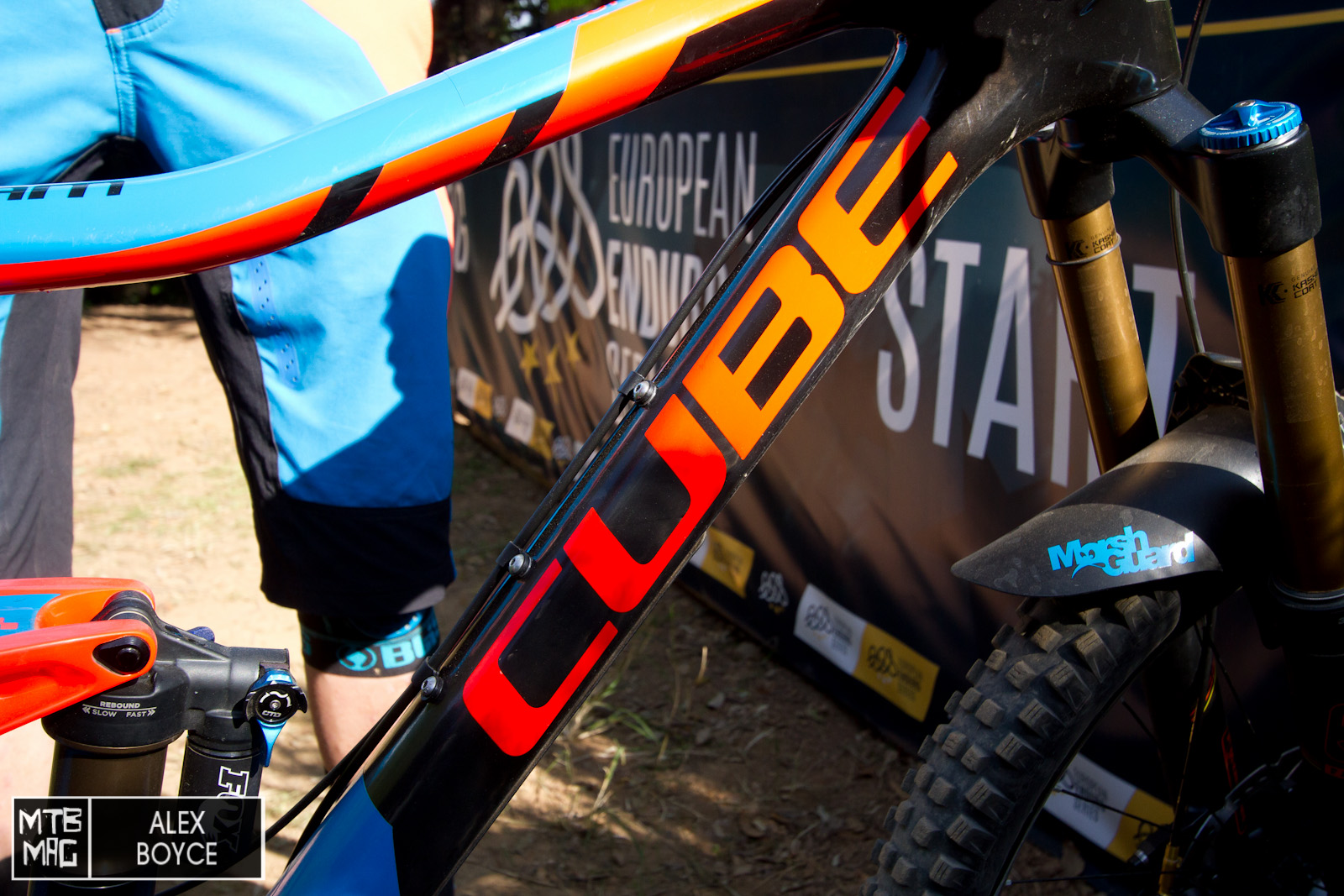 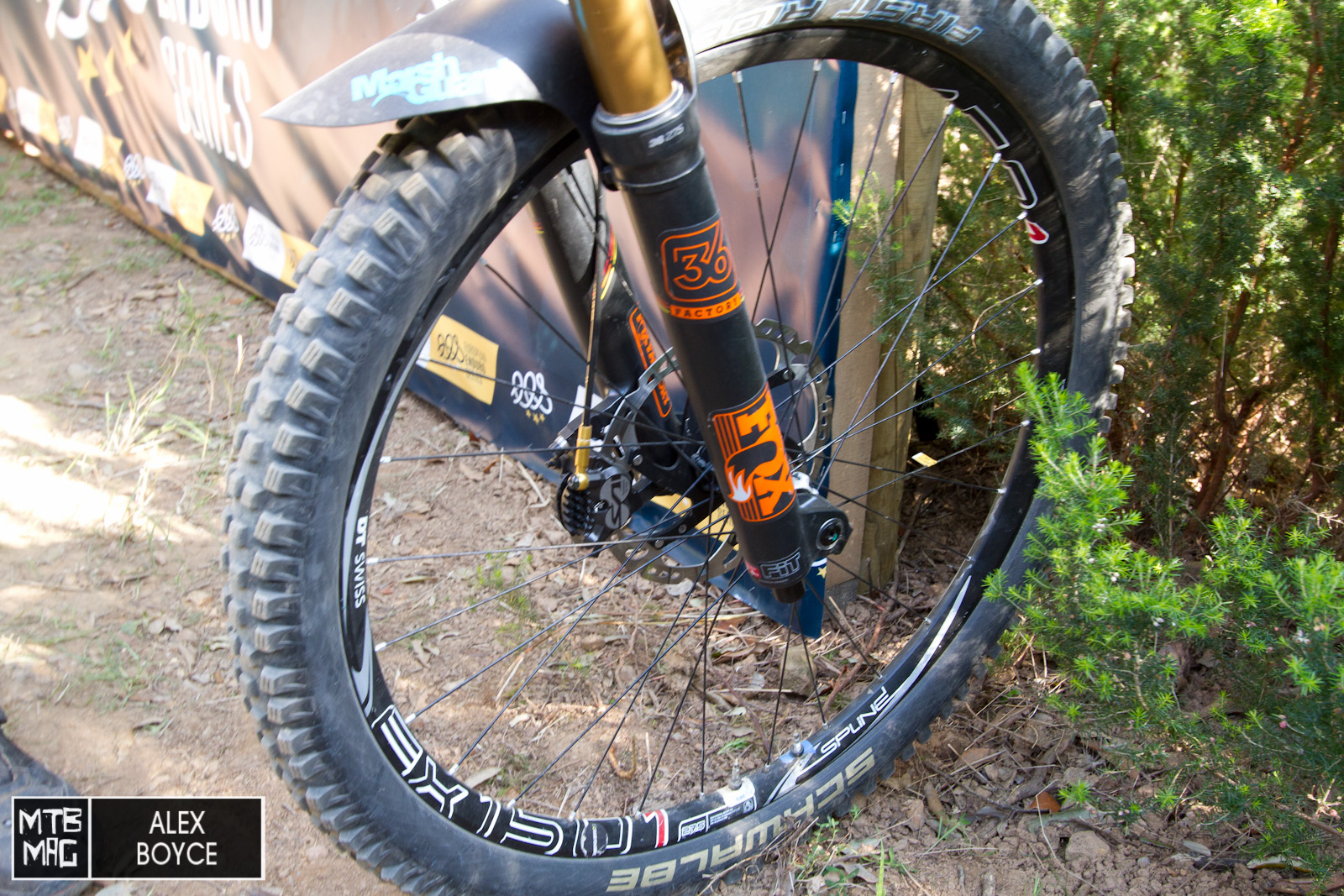 Marsh Guard have provided colour co-ordinated mud guards which is fitted to his Fox 36 fork. The internals are custom 2016 cartridges. 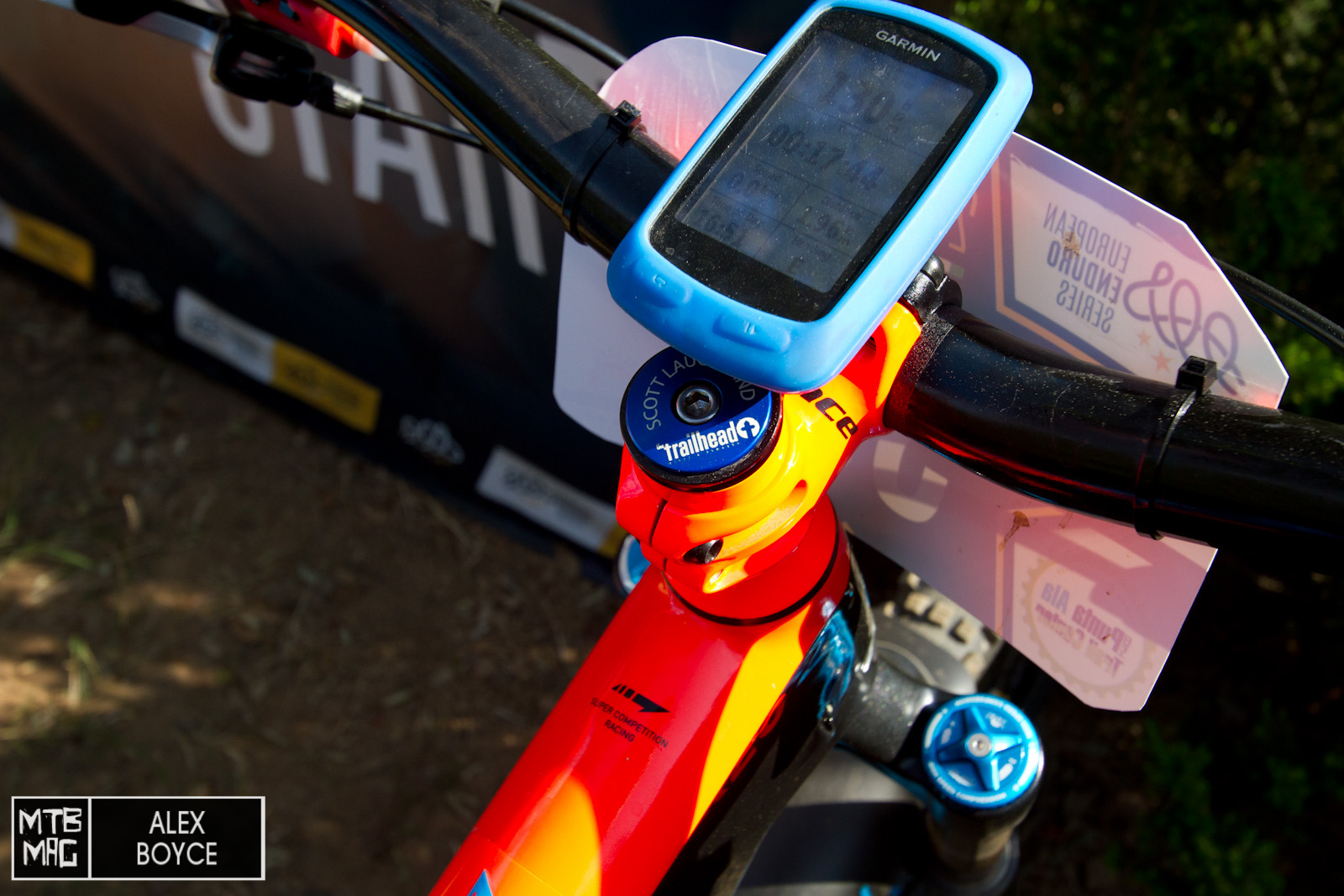 Scott uses a Garmin to track his progress. Also you can see his personalised lazer etched top cap peaking out. 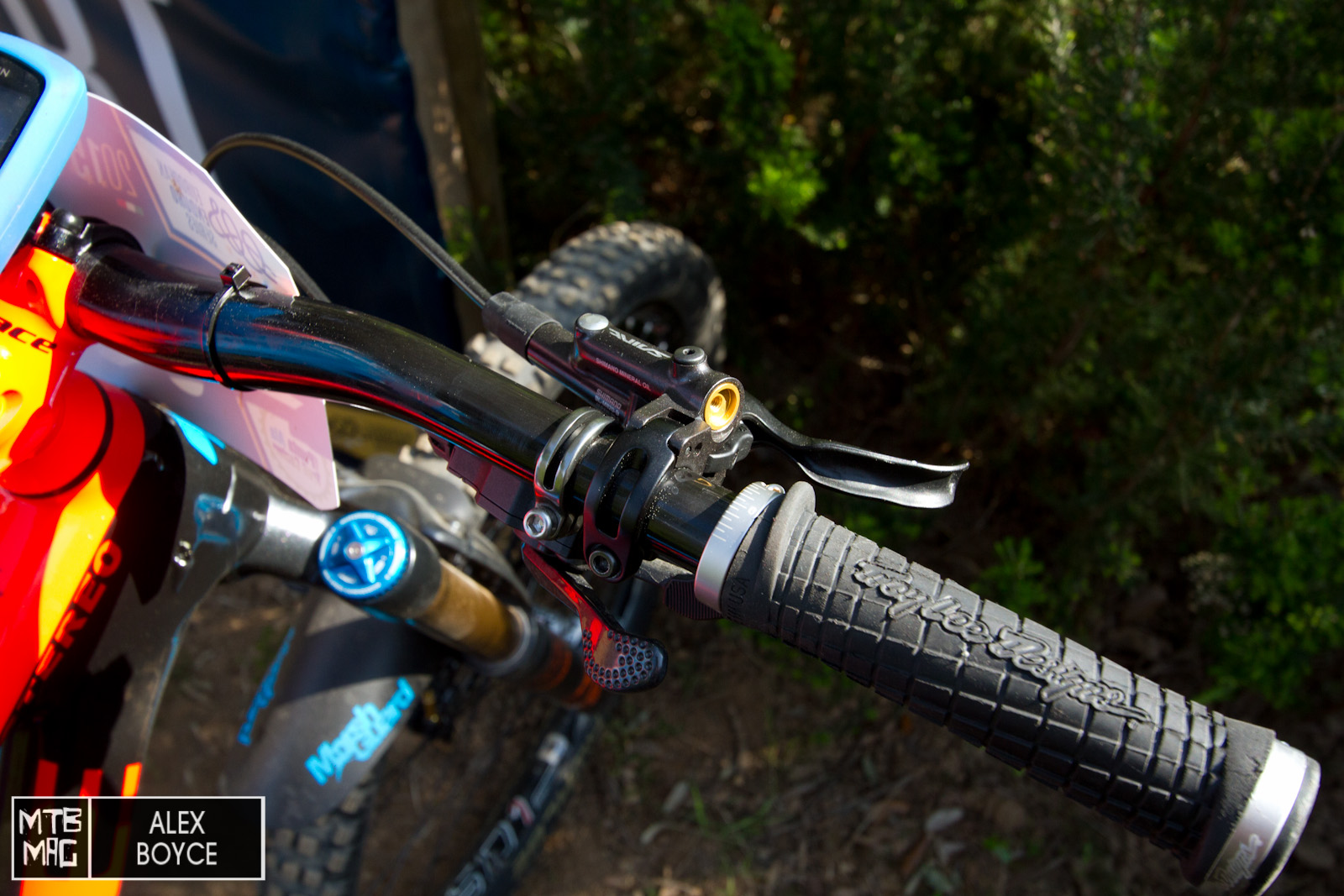 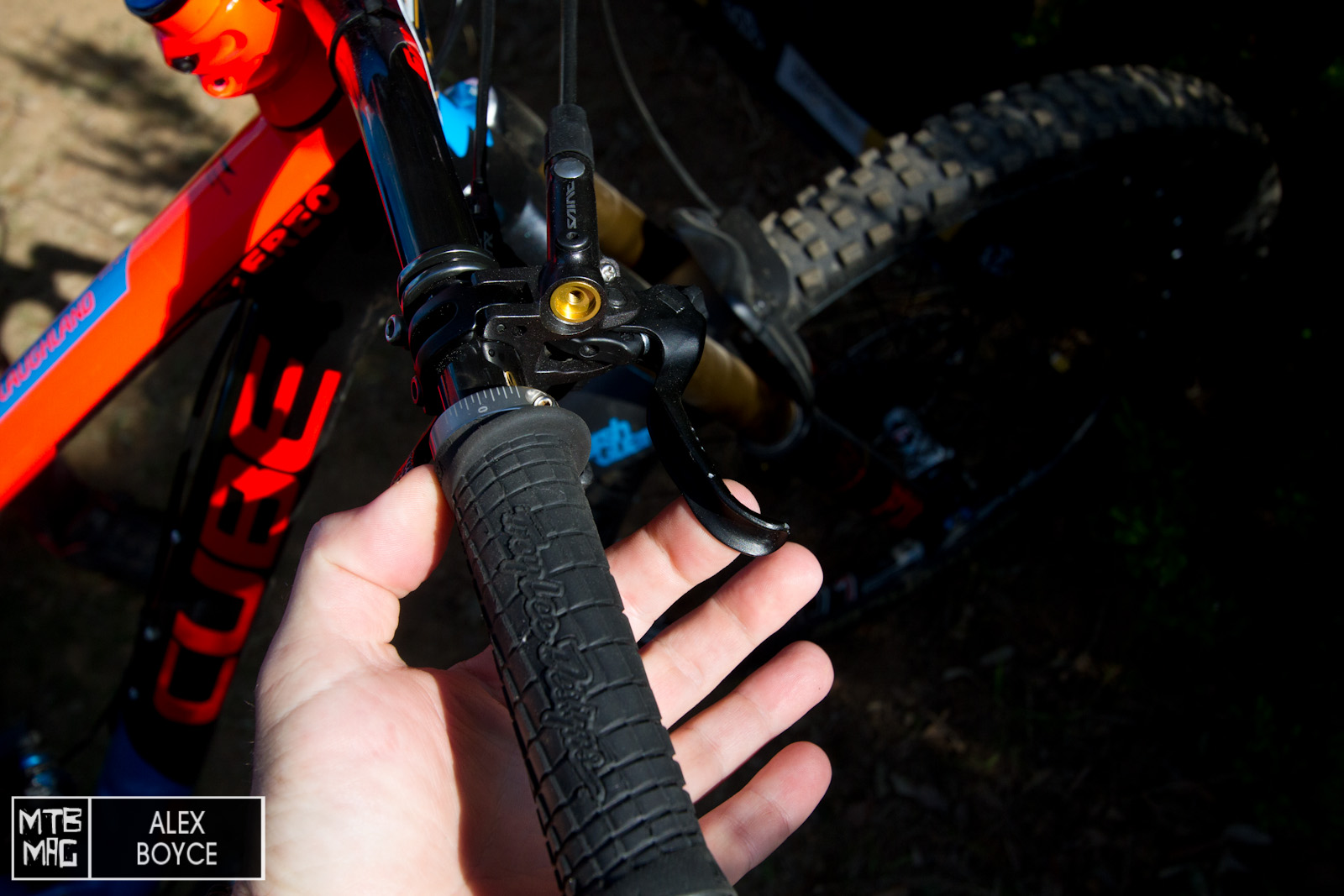 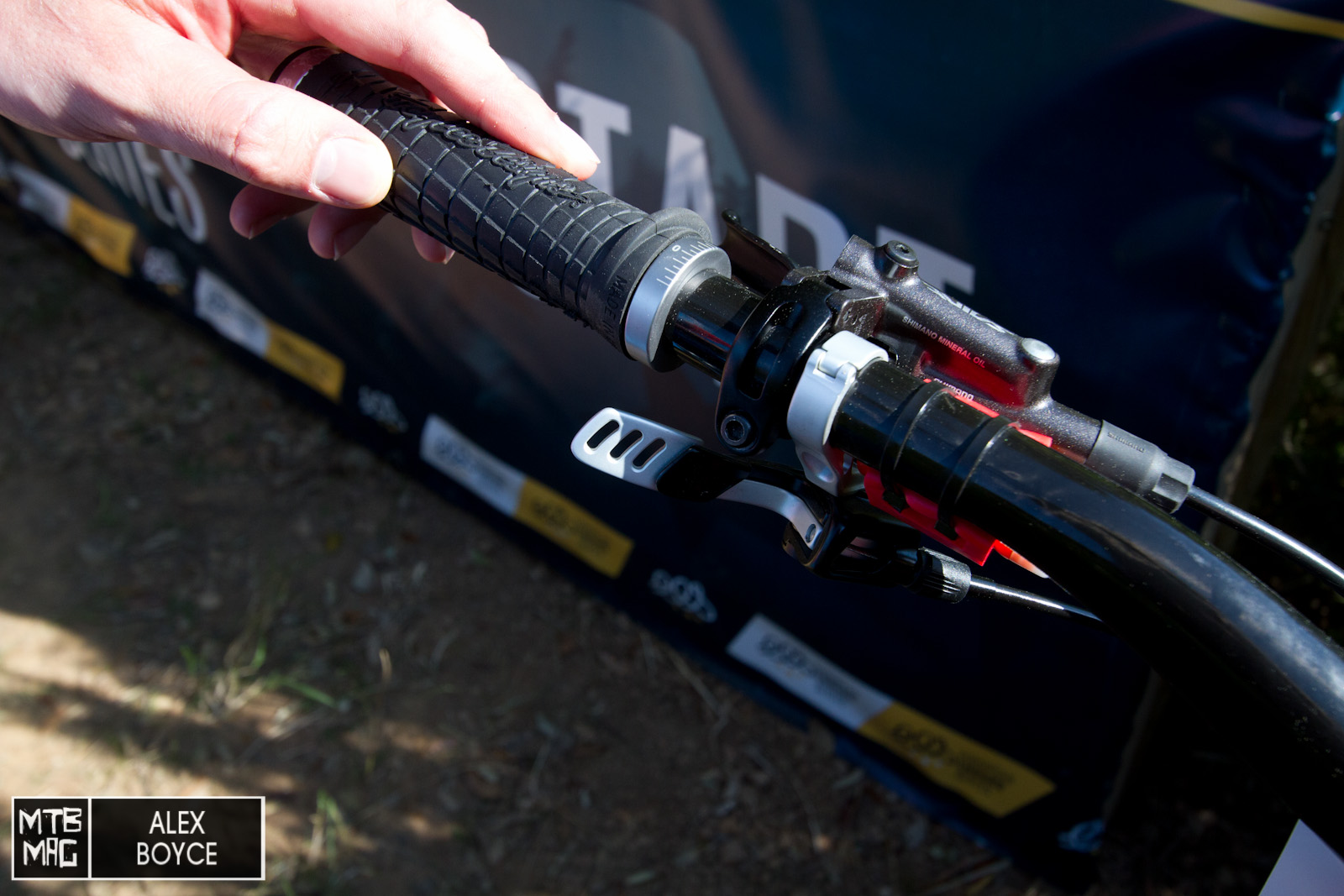 Fox provides the dropper post services with a Doss, under lever bar remote is surprisingly easy and fast to use. 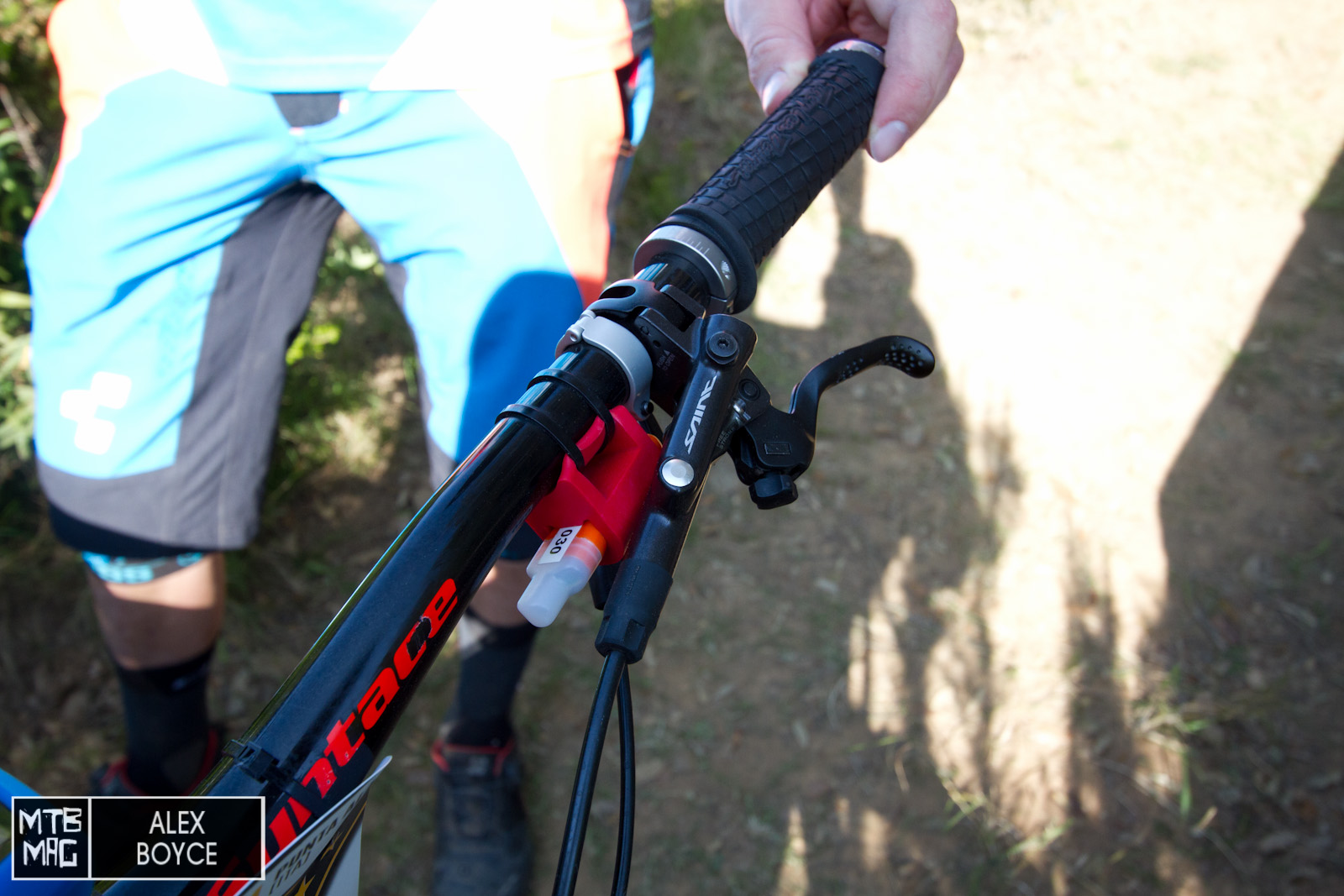 Not a normal bike fixture unless you are racing. A micro chip. 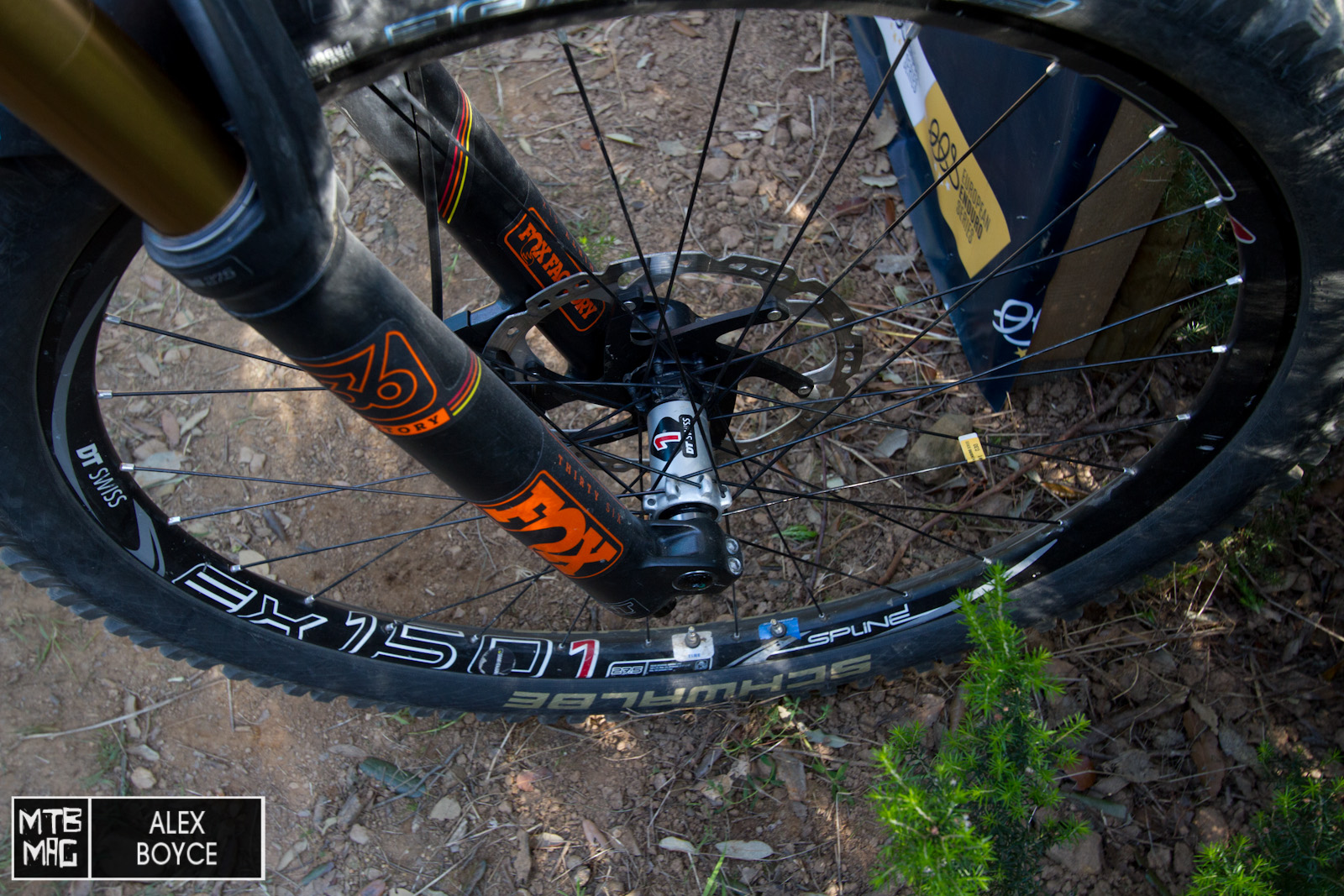 DT Swiss wheels and hubs. Lightweight yet strong enough for the trails of Punta Ala. 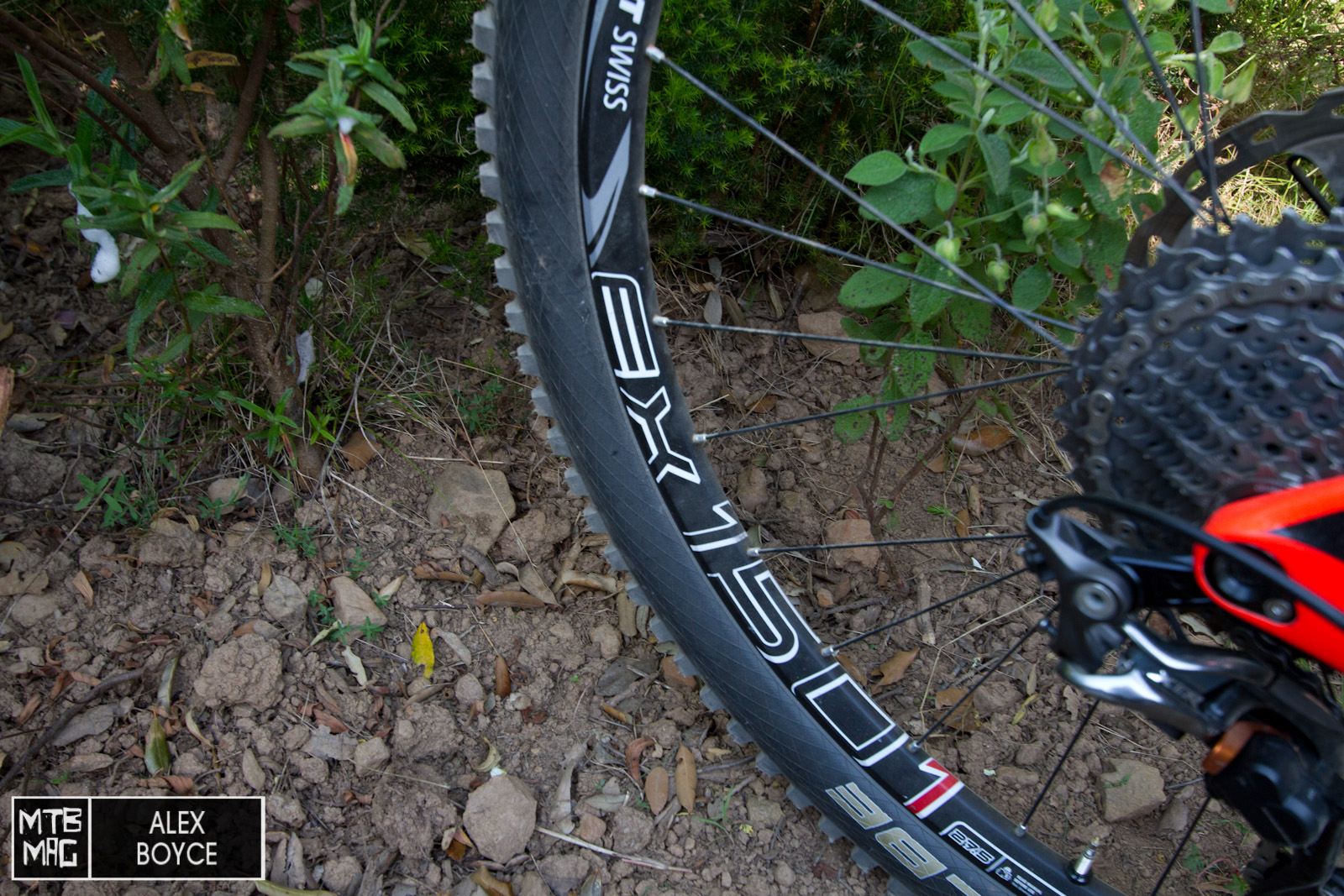 The EX 1501 Rims are fairly tough, Scott does not do anything abnormal with wheels, no extra rim tape etc or anything. 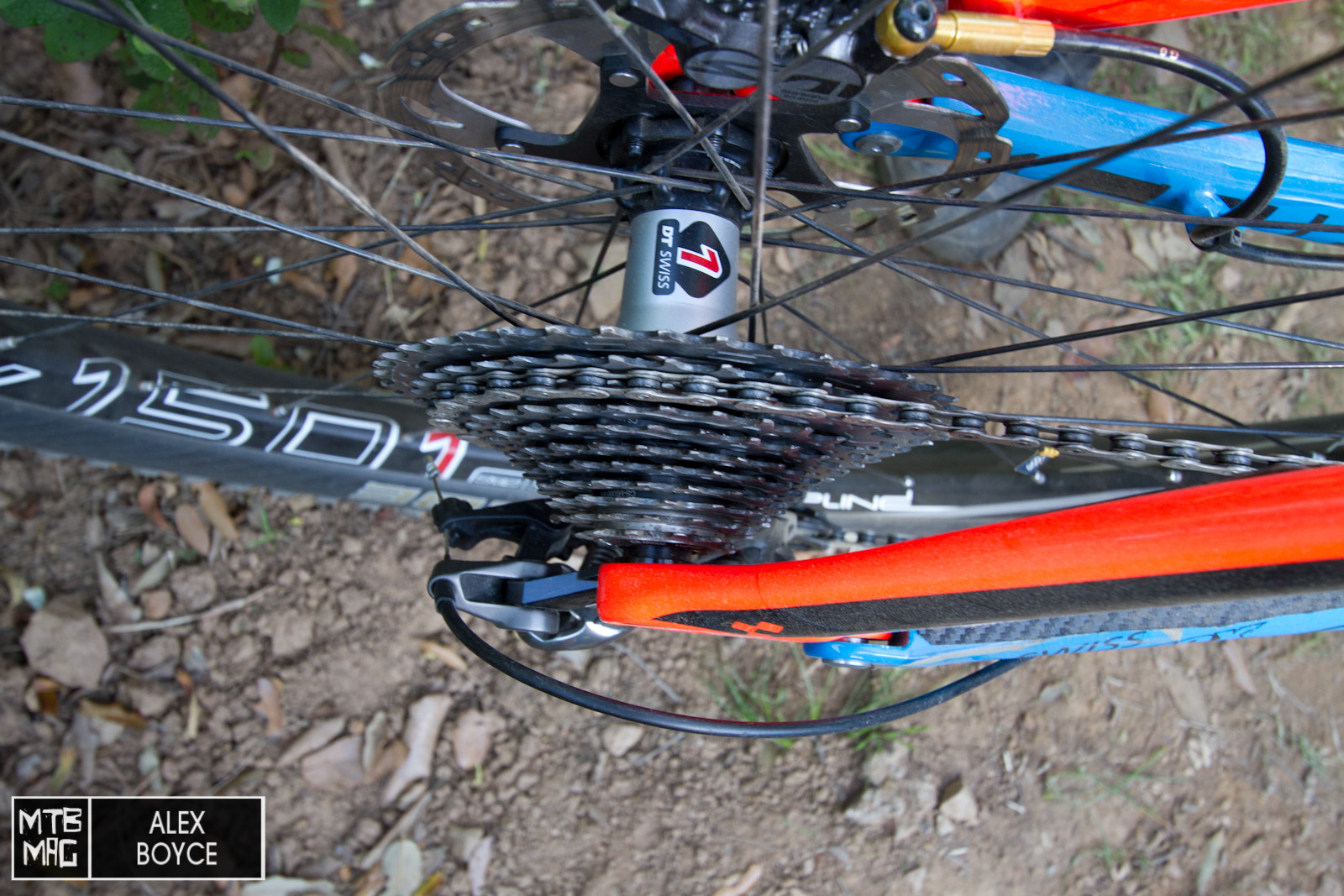 With the 36T ring Scott says the chainline is better now with a new 40T cassette, the chain sits in the middle of the cassette more. 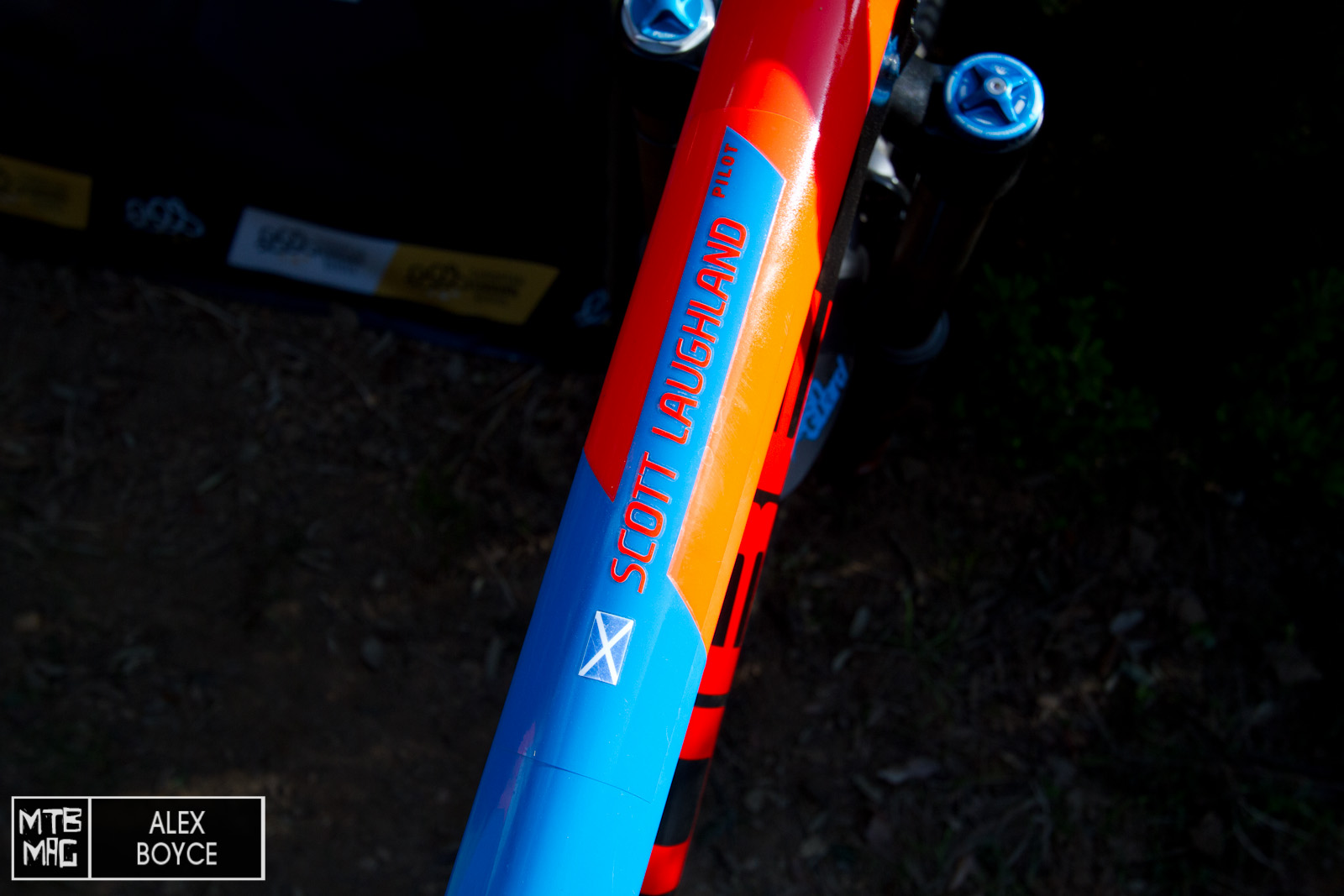 Scott is Scottish, and proud. 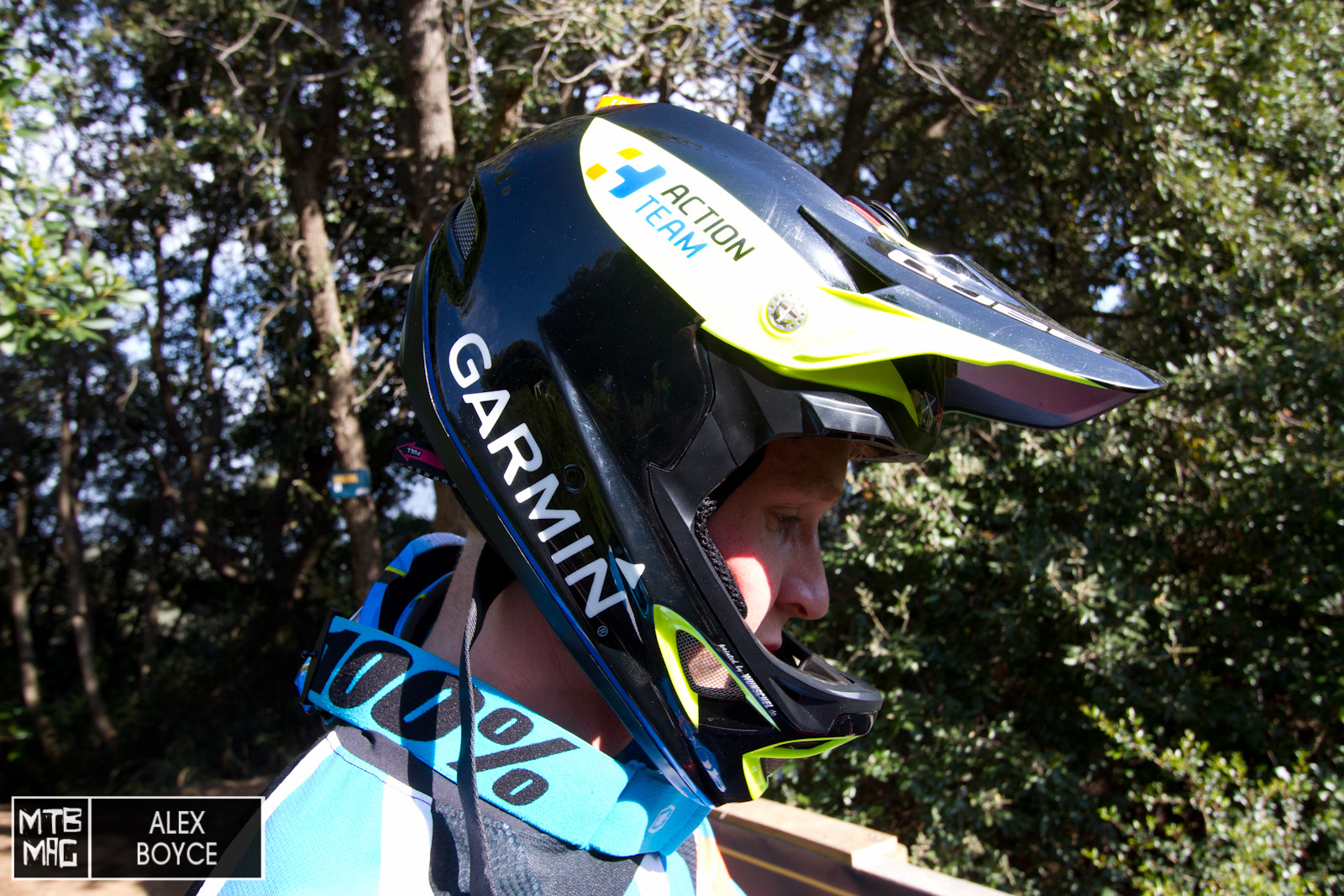 His race helmet with custom colours that matches his bike. 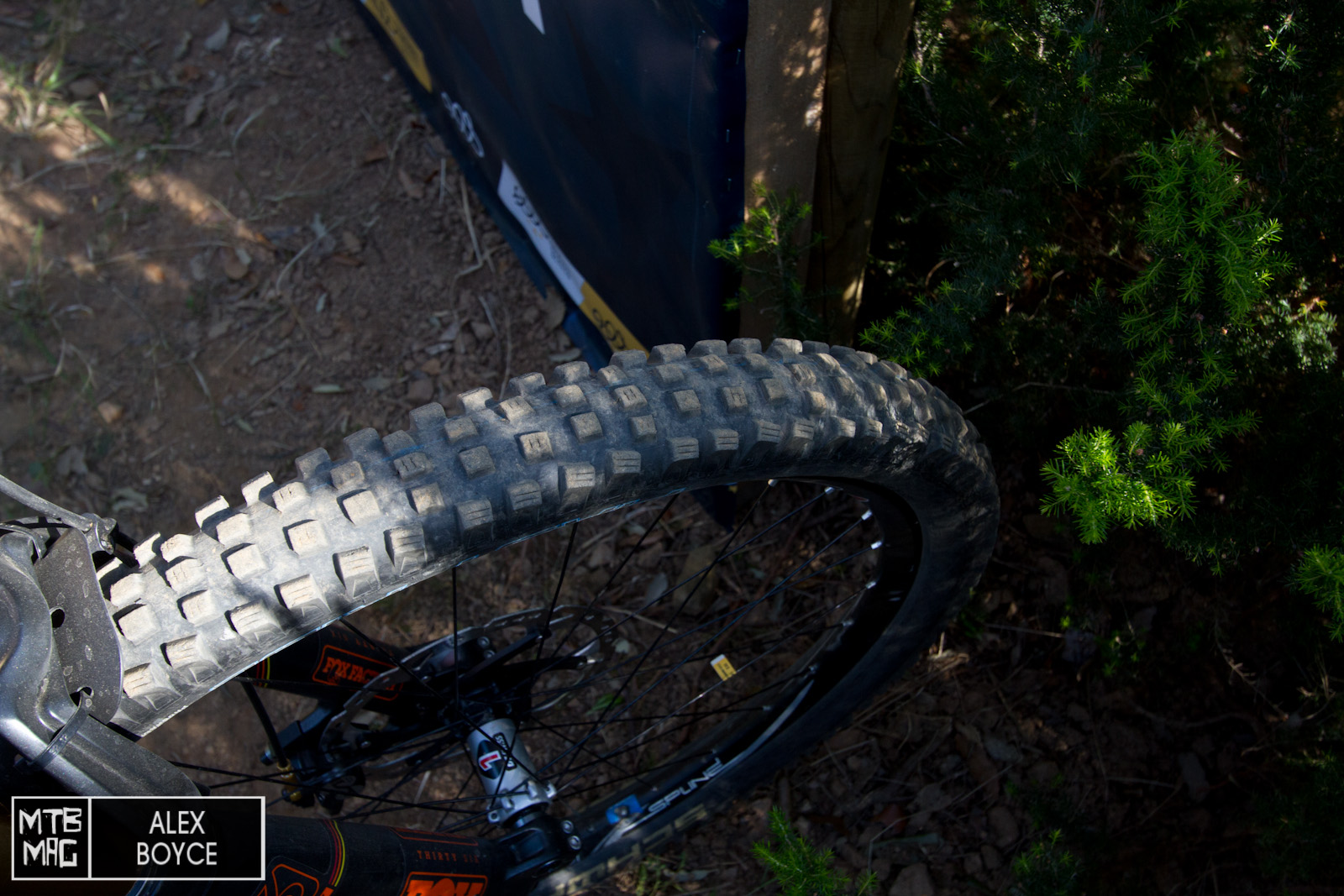 A Magic Mary up front.