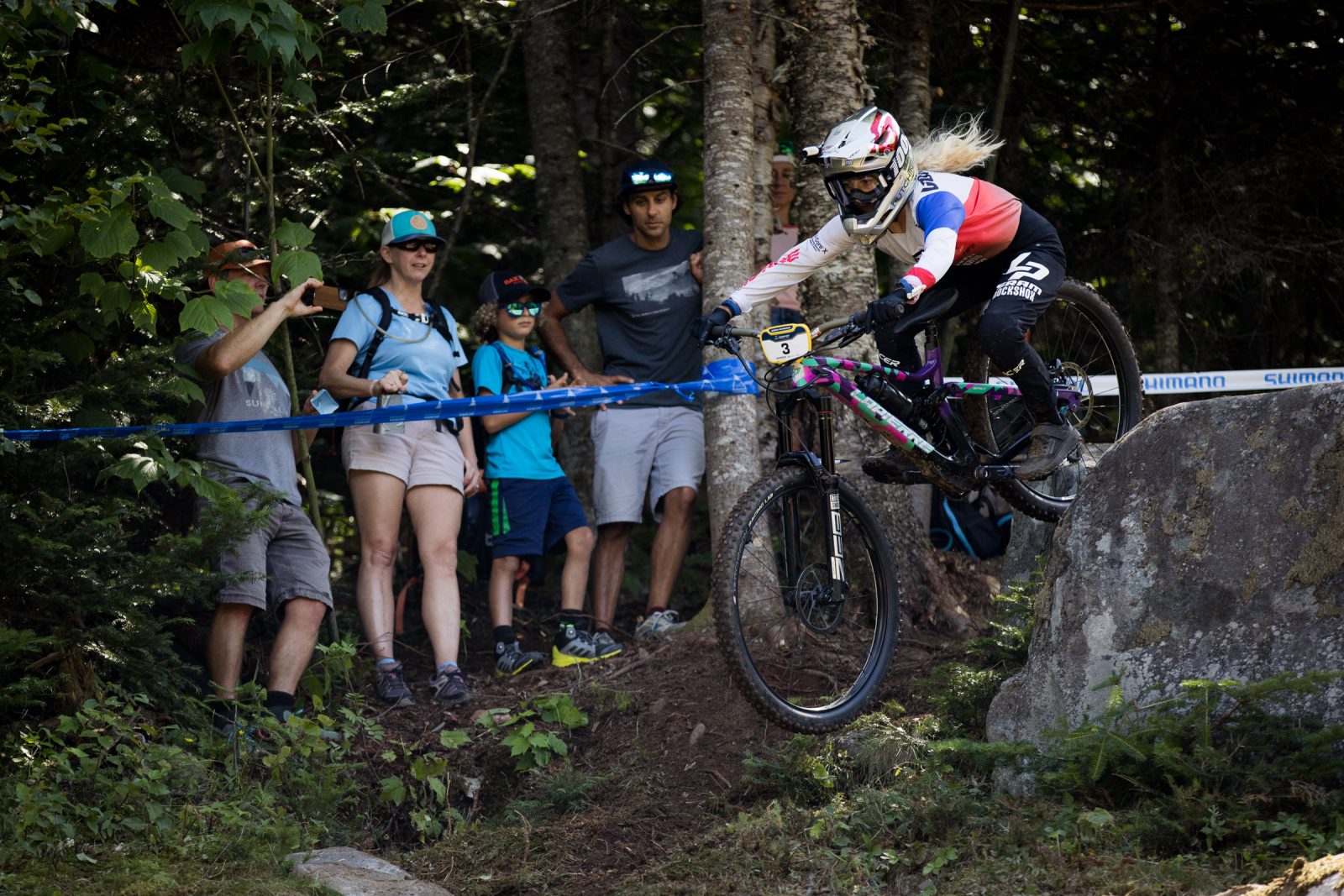 Courdurier managed to get down the slick roots and rocks of the 1.4km Rocklobster nearly two seconds faster than compatriot and 2021 EWS champion Melanie Pugin (BH Enduro Racing). The resurgent 28-year-old is battling back after impaling her foot on a stick during the EWS-E race in the French mountain resort of Valberg in July. She’s ridden the last two weekends in significant pain from the injury but it’s looking like she might well be the woman to beat tomorrow – Sunday.

There was major disappointment though for Trek Factory Racing’s Harriet Harnden. After dominating at Burke and Whistler, the Briton took the decison not to start the race after an arm injury suffered in the fourth round in Canada flared up. Harnden has also ruled herself out of next weekend’s Cross Country Worlds in Les Gets, France. 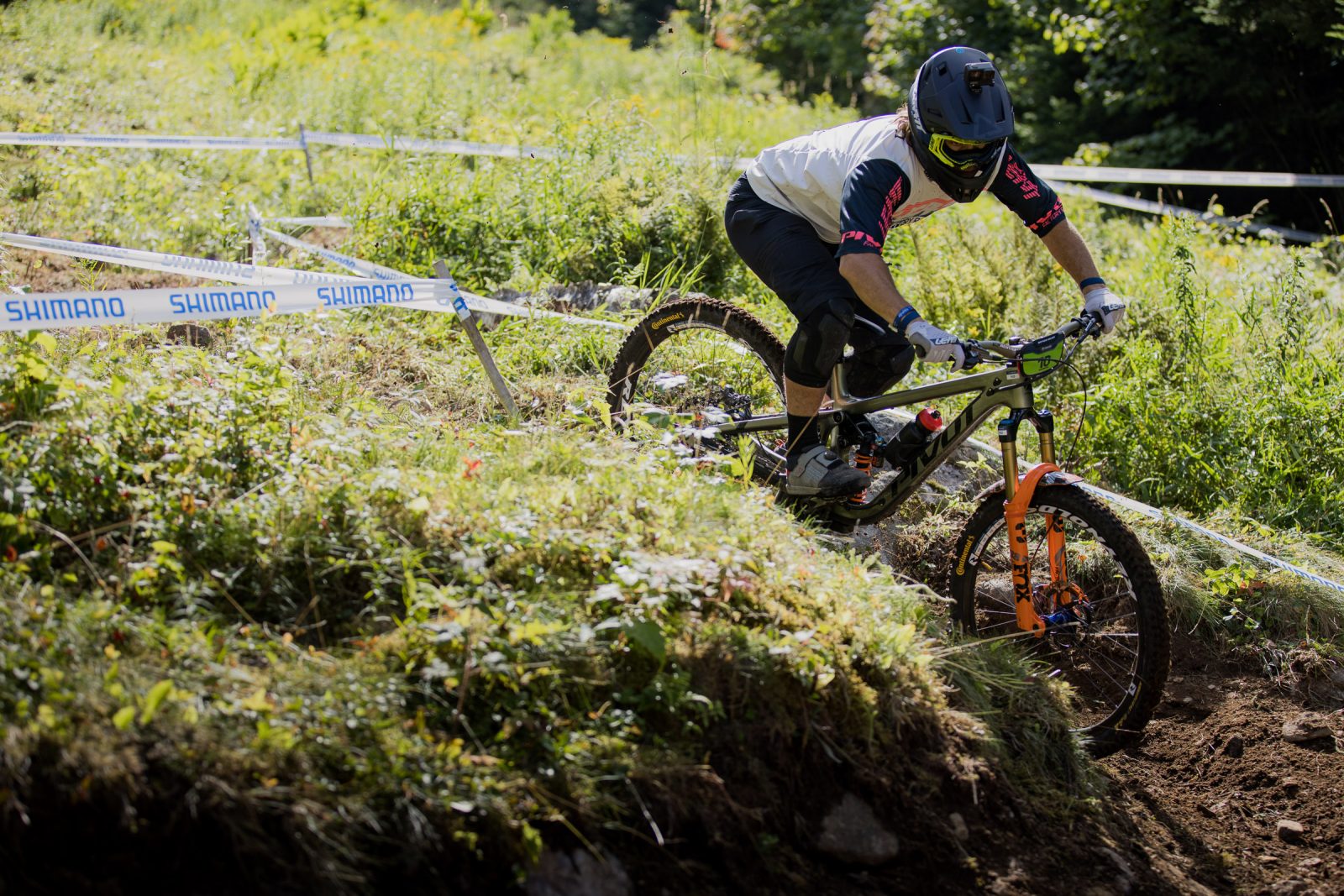 Meanwhile, Matt Walker’s Pro-Stage win will have filled the Kiwi with confidence after consistently-fast riding gave him two fourth places in the previous rounds at Burke in Vermont, USA and Whistler in Canada. Jesse Melamed (Rocky Mountain Race Face) will have also been buoyed by his second place. Just nine 1/100ths of a second off Walker’s pace, the stage will have boosted his series lead. Last weekend’s EWS Burke winner USA’s Richie Rude (Yeti/Fox Racing) came third in the stage and Canyon Collective’s Jack Moir was fourth. Belgium’s Martin Maes (Orbea Fox Enduro Team) rounded out the top five.

Italian Sophie Riva took the win in the U21 women and in the U21 men, Canadian Seth Sherlock was fastest in a time that would have placed him eighth in Pro Men. U21 Men series leader, Luke Meier-Smith of Propain Factory Racing is training in the French Alps ahead of the DH World Championships at Les Gets, France next weekend. (Saturday, August 27)

After two solid days of rain, the stages of EWS Sugarloaf felt like a very different place come Friday morning. But the heat was back, and they were drying fast. Many of the EWS pro’s emerged tentatively from their team pits with bikes shod in mud spikes and goggles festooned with tear offs ready to do battle with a set of challenging conditions in practice. With traction constantly evolving and grip being at a premium some were enjoying it more than others!

Catch up with all the Pro-Stage excitement as the EWS round six kicked off in spectacularly-slick style on the slopes of Sugarloaf Mountain in the USA. The muddy roots and rocks of the 1.4km-long Rocklobster proved a fearsome test for the world’s best after mid-week rain saw more and more roots, ruts and holes appearing in the fresh-cut loamy track