e*thirteen just announced two new wheelsets, both of which see not only new rim dimensions, but also a completely updated hub design – and an interesting one at that. The two versions are named after their inner diameter with the IW24 weighing 1,350 grams and IW28 weighing 1,520 grams. e*thirteen was kind enough to send out a set of the latter, but we’re just now getting a chance to bolt them up to an appropriate bike aimed at light duty trail… 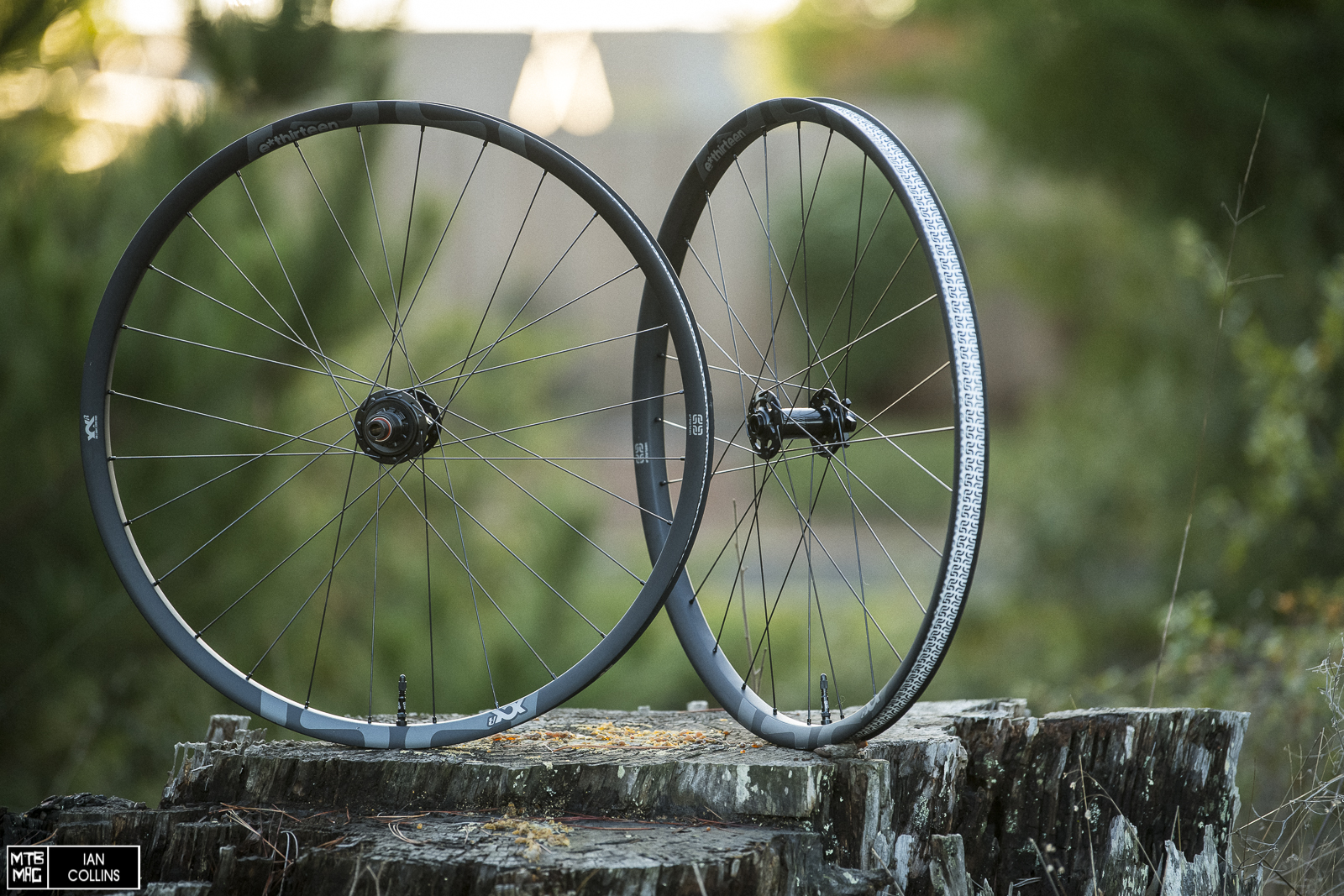 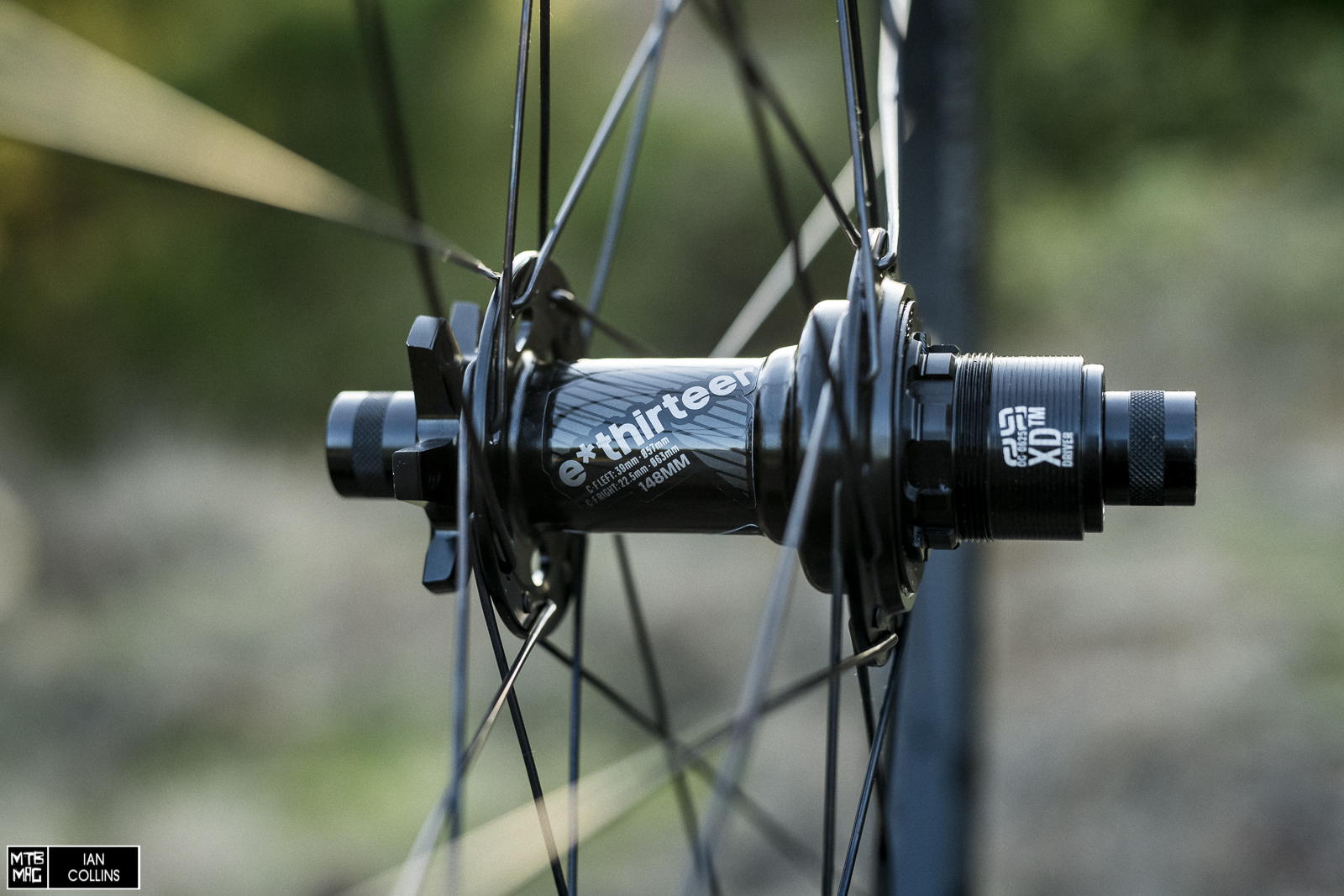 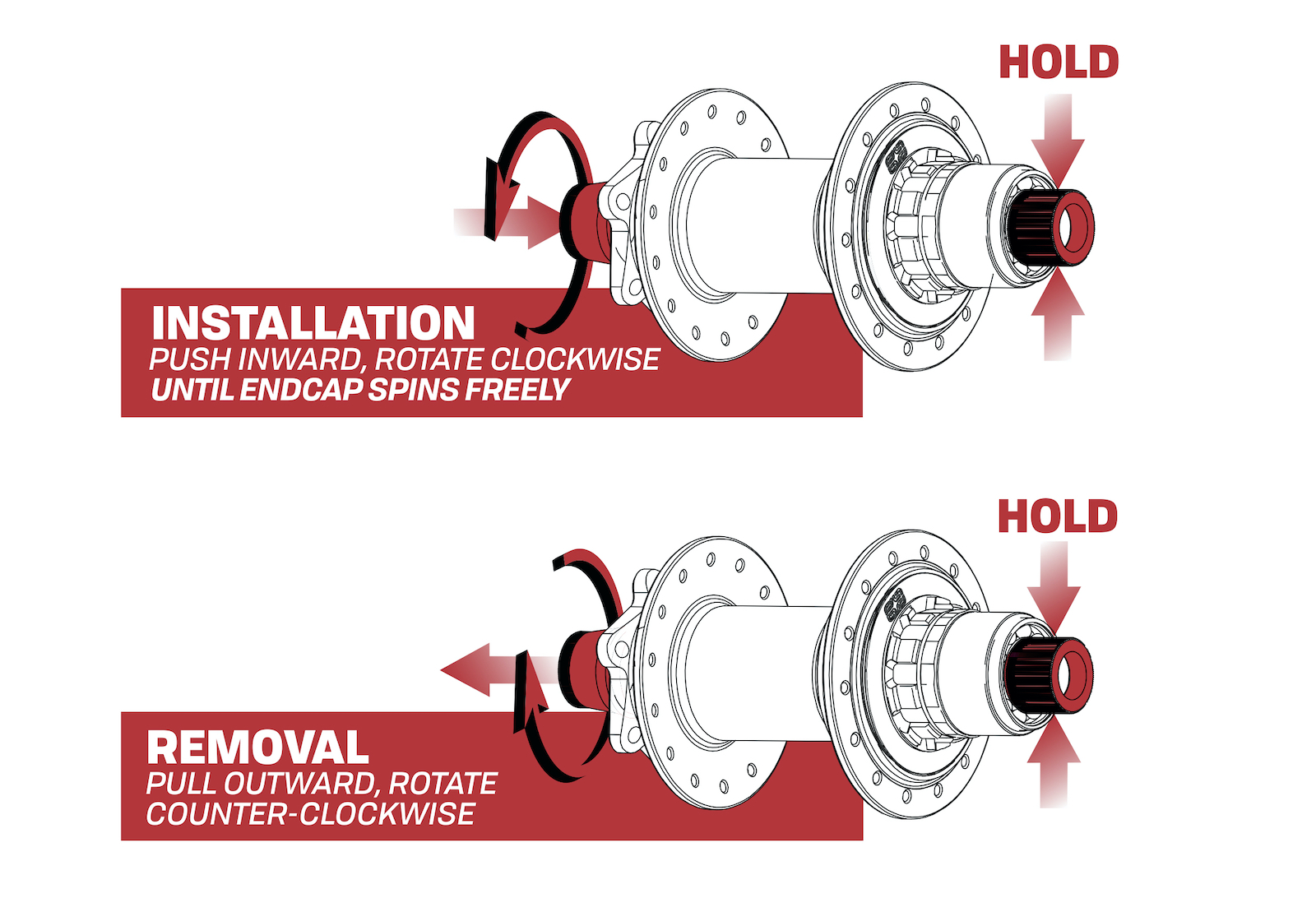 Some of the biggest news here is the all new hub design. e*thirteen joins the tool free hub world with their own unique approach. In lieu of dealing with cone wrenches, there are two knurled end caps. So to pull the hub apart, simply unscrew them with your hands, then pull the axle out and yank the freehub so you can access it for a rebuild. To put it back together, reverse the process – you don’t need to crank down to tighten the axle by the way…The knurled caps will just keep spinning and spinning – the tension is set internally. There are two rim profiles for IW24 and IW28 – as you might have guessed there is a 24mm and 28mm, but in addition, the latter is shallower and wider to support wider tires. The former is deeper and narrower for aerodynamics and an ultra light weight as it’s aimed at XC racing. The wheelsets also have 24 and 28 hole spoke counts respectively. 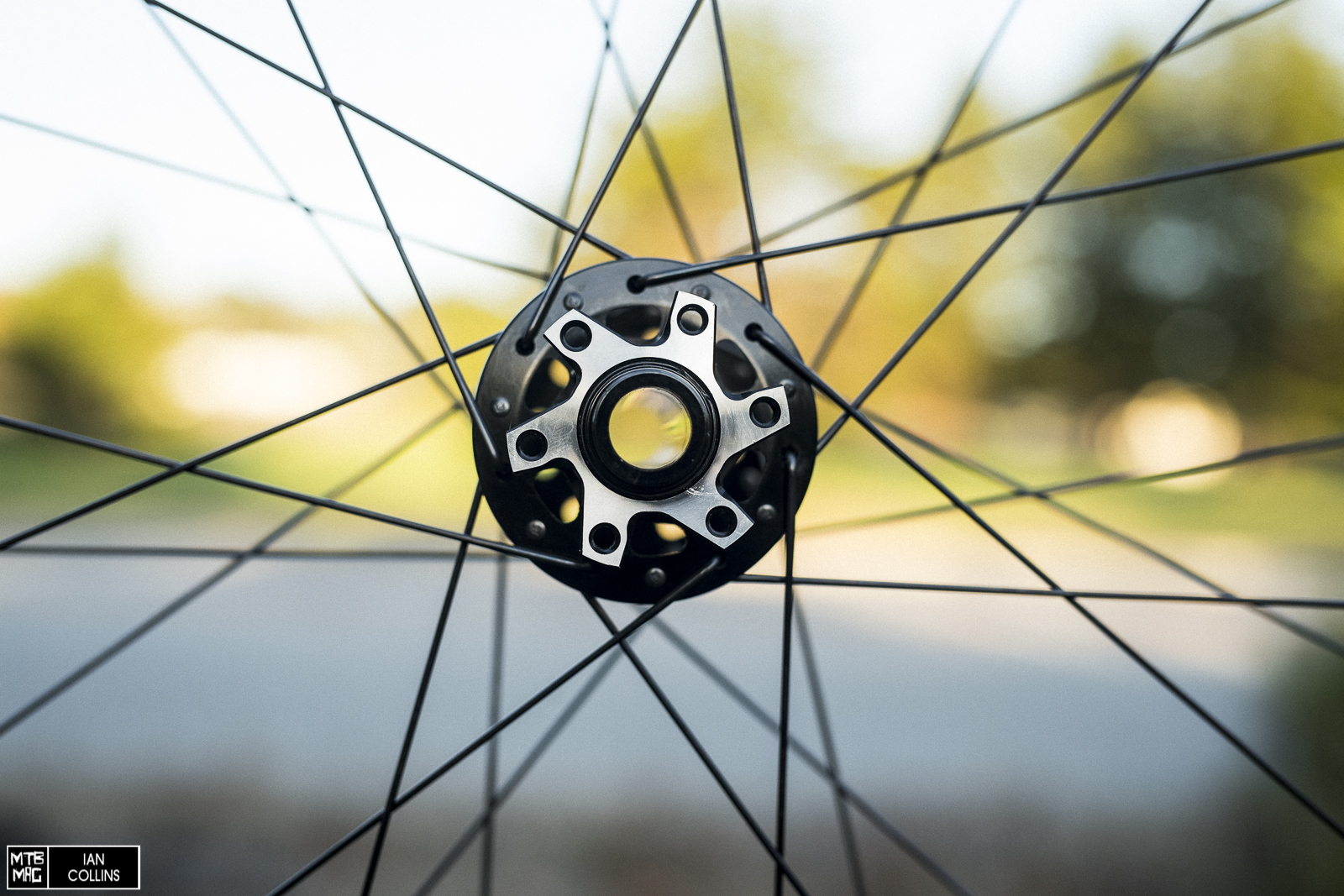 No centerlock option. That’s OK, it’s useless anyway…After all, who wants to carry a 2 foot long bottom bracket tool with them on the trail in the event things loosen up.

e*thirteen utilize a 3-cross lacing pattern at the spokes, and varying spoke thicknesses. In the case of the IW28 wheels that we’re testing, they use DT Swiss Competition Race 2.0 / 1.6 / 2.0 spokes. The more XC oriented IW24 uses DT Swiss Revolution 2.0 / 1.5 / 2.0 spokes. Both wheelsets use aluminum nipples and washers. 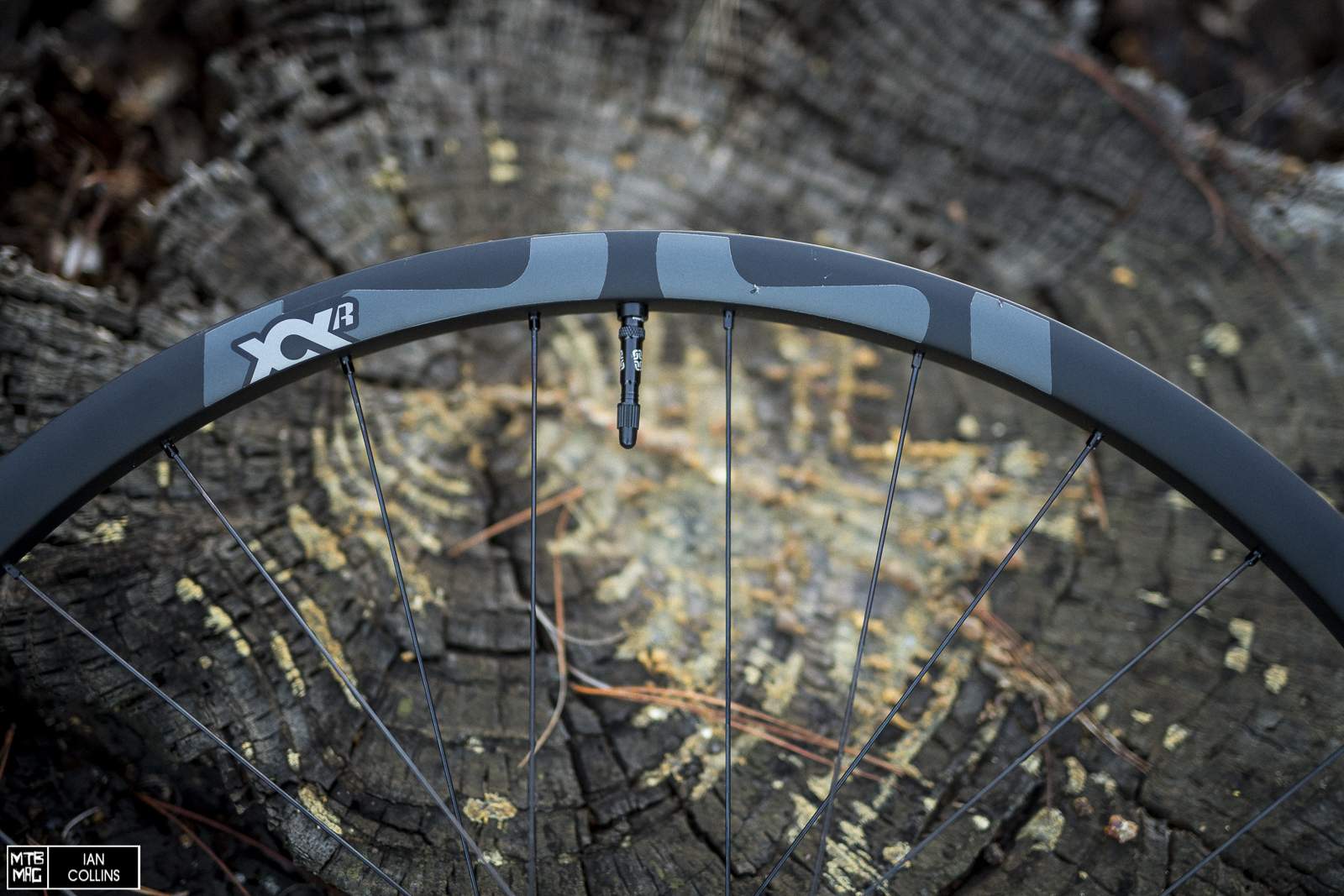 As you might expect with e*thirteen wheels, you’ll also get their nifty high flow tubeless valves which, unlike most, can be tightened down nicely with an actual tool (a 4mm allen key). Last, but not least e*thirteen backs the wheels with a lifetime warranty. We’ll keep you posted on how they work out in the coming months.