To commence the launch of the new 29″ Reign series, Giant selected a world class destination of Revelstoke, British Columbia to give us an opportunity to try out the new bike. We can confidently say that the trails in and around Revelstoke provided the perfect testing grounds for the bike. A good pedal, some truck assisted shuttles, and a 8,500 ft descent through rooty, loose, and loamy single track via a Helicopter drop gave us more than an adequate feeling of how the new Reign rides. For a quick look at our Heli drop, check out the video below, and read on for our full story of our time in Revelstoke, and more importantly on the bike. 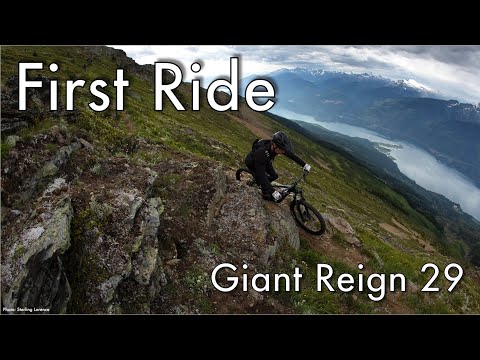 Welcome to Eagle Pass Lodge, a fairly new Heli Ski/Bike private lodge just a short distance up the mountain from the small town of Revelstoke. Fresh Sockeye Salmon for a little Après after a day of riding, the food at Eagle Pass was world class. 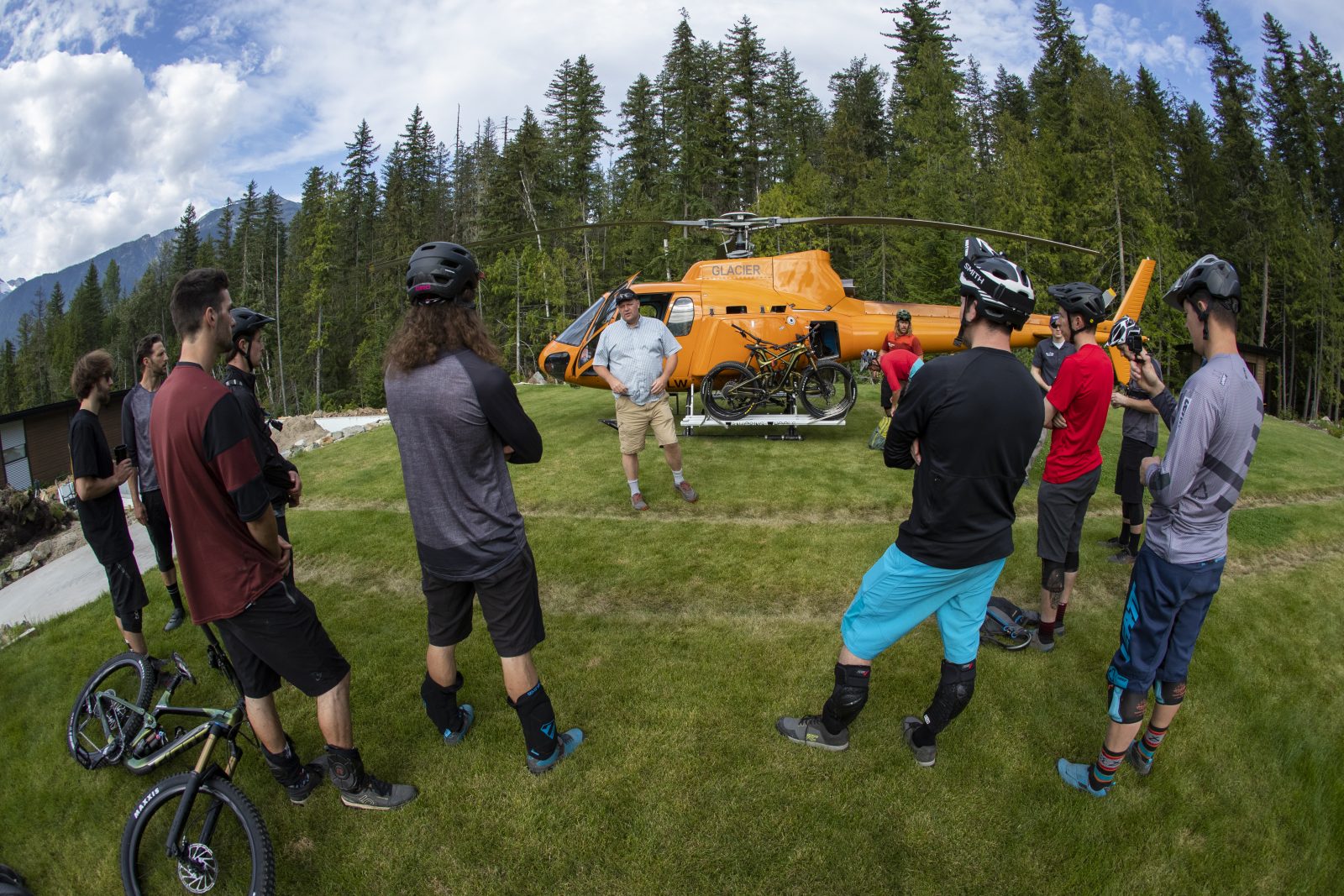 With a private Heli pad, the route to the top of the mountain is only about 30 steps from your bedroom. With year round snow on the taller peaks, and the world’s only inland temperate rainforest, Revelstoke is special and pristine environment. 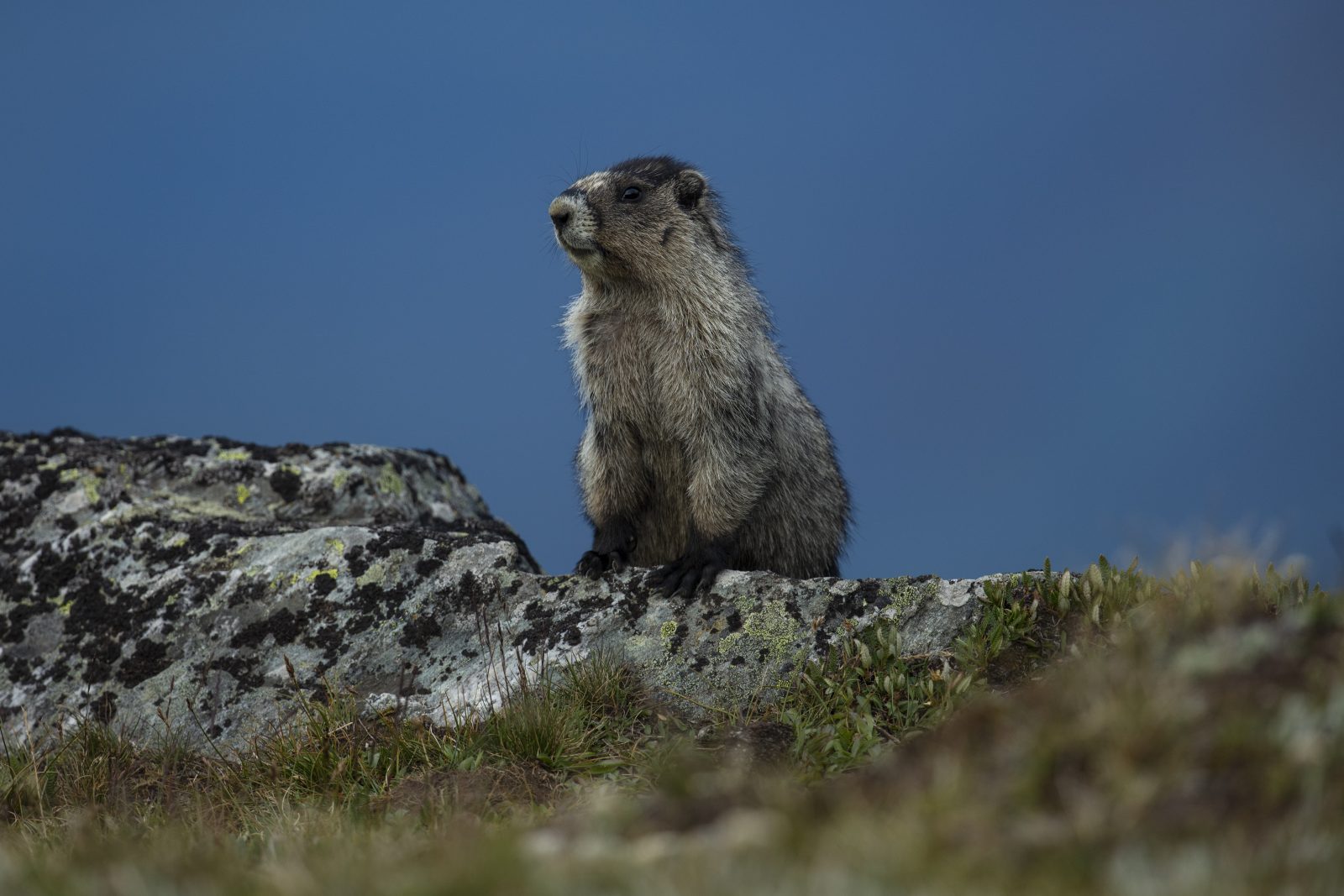 Who doesn’t like to like a little taste of the local wildlife while traveling to a new destination? A little hello from our mountain Marmot friend. 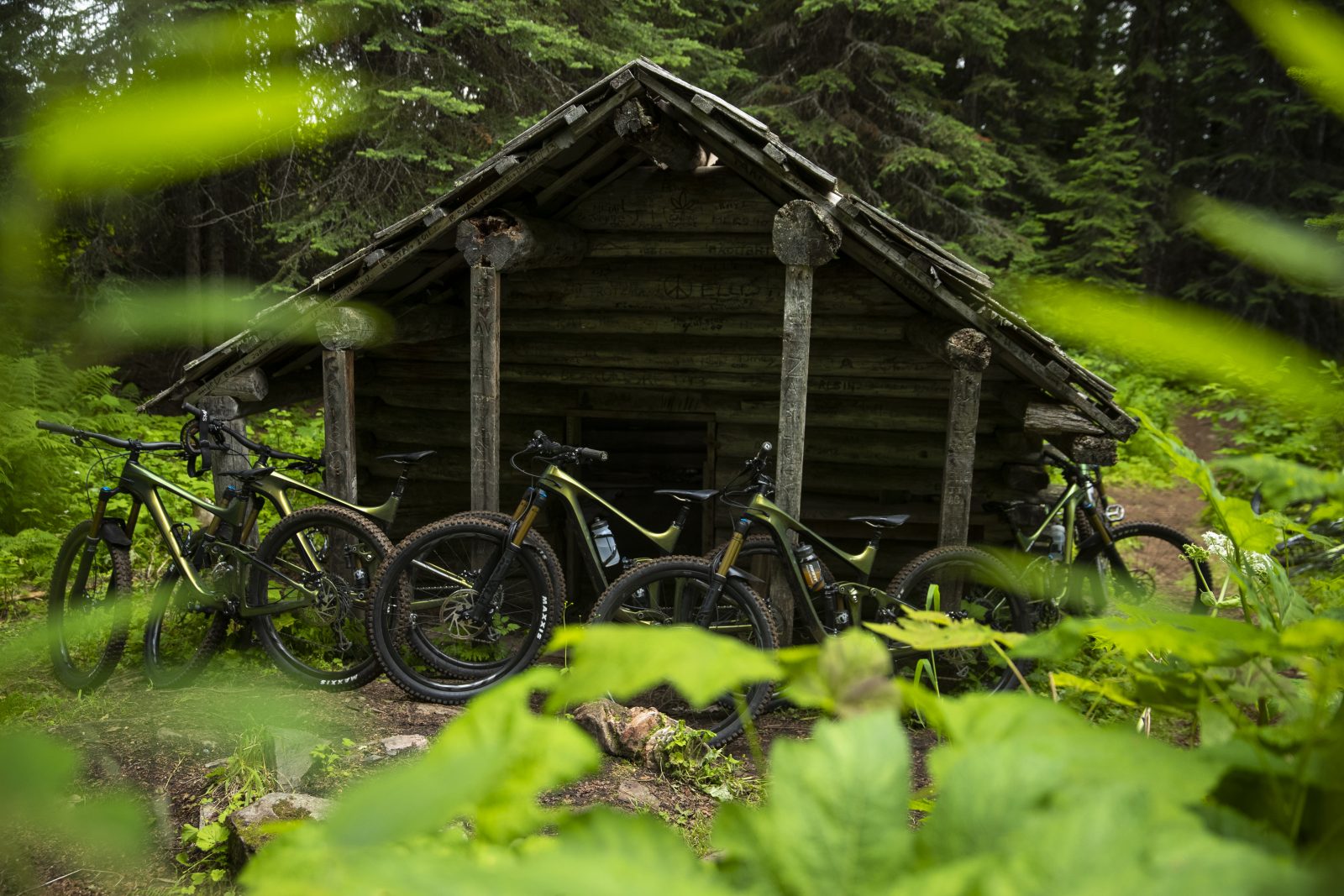 Now that we’ve established some idea of Giant’s choice of destination, we can move on to the details of the new 29″ wheeled Reign. The bike comes in three models, with various price points for each. 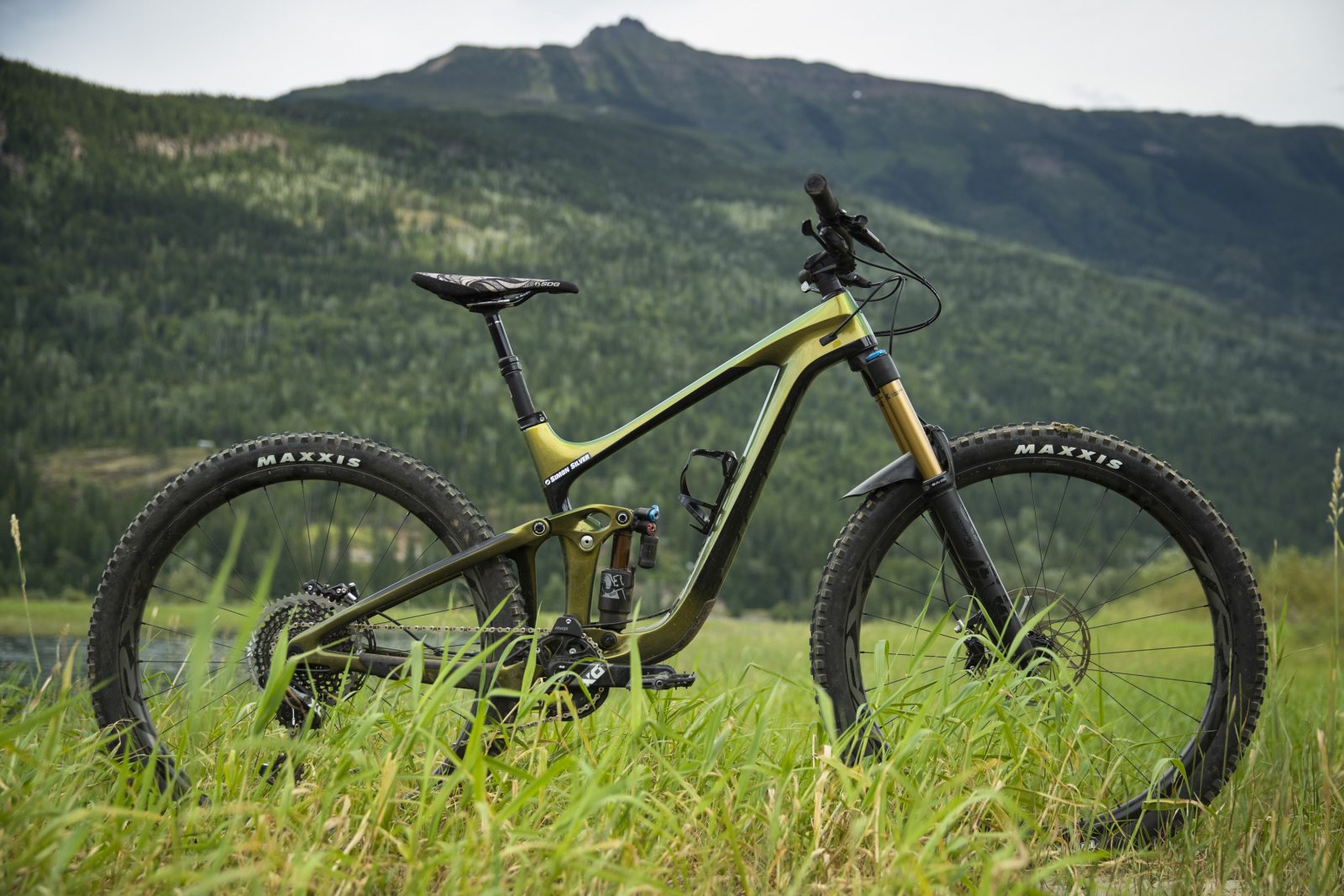 In the rear of the bike, a 146mm Fox Float X2 Factory shock with lockout lever is ready for rough terrain, and big climbs. A 160mm Fox 36 Float fork, with 44° offset and 4-way adjustability for high and low speed compression and rebound handles business up front. 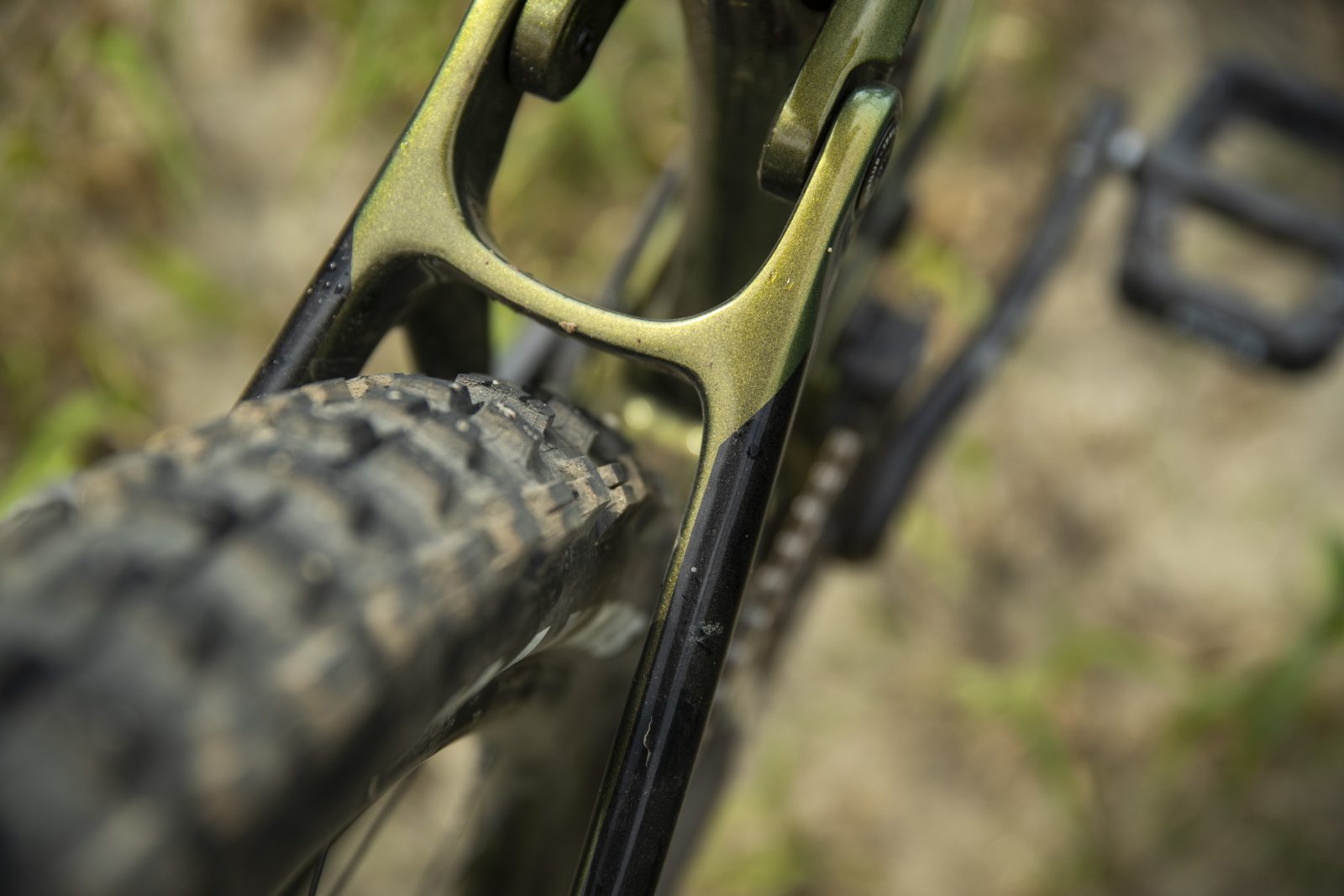 Giant’s Maestro suspension platform provides a fairly low progression curve, and with the 60mm stroke shock designed around a 30% sag mark, you can drift toward more or less sag depending on terrain and preference. Giant went with 146mm of travel in the name of quality over quantity. 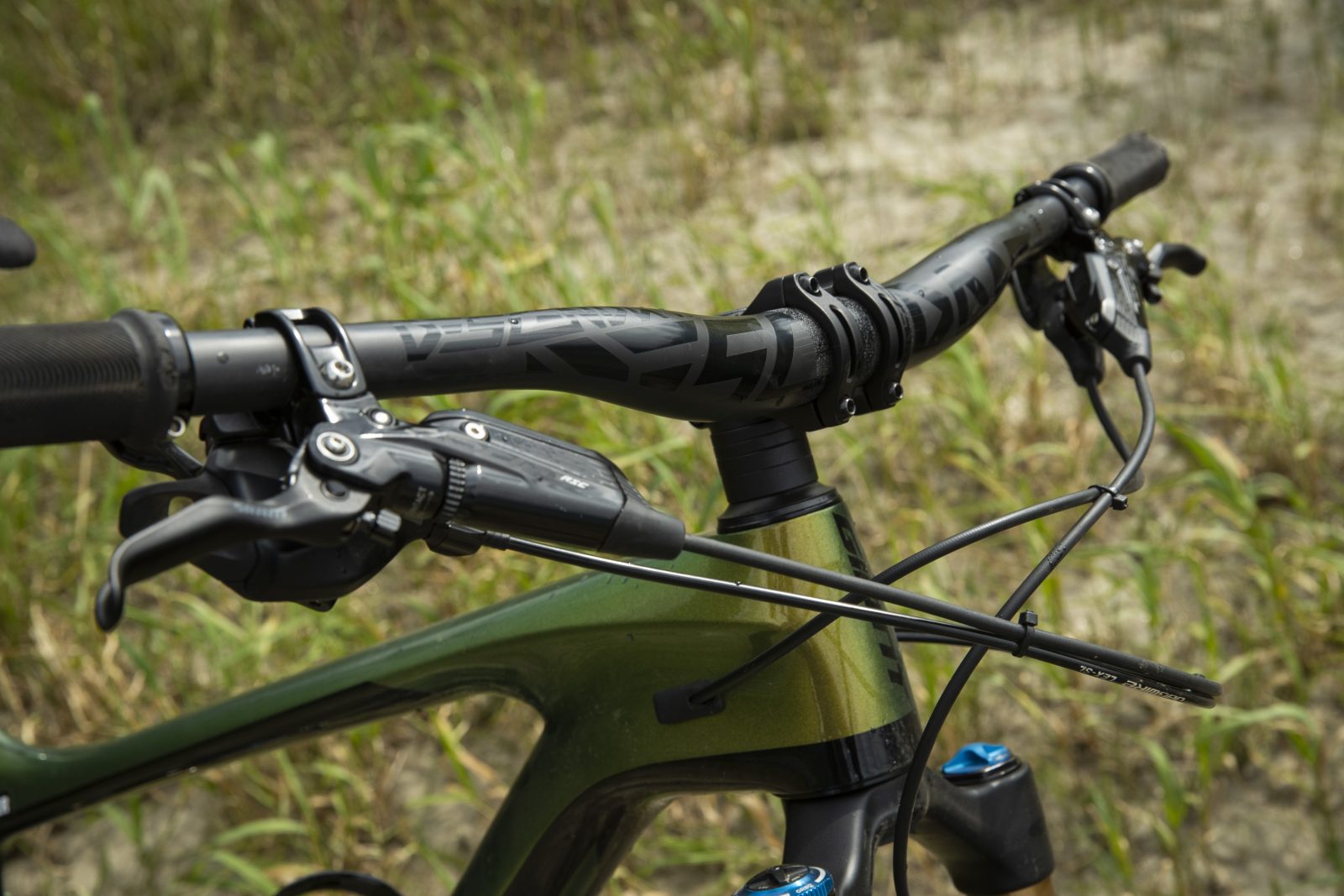 We quite like the TruVativ Descendent 800mm wide carbon bars, SRAM’s proven Code RSC brakes round out the cockpit with both reach and contact point adjustment. A 200mm front/180mm rear rotor combo provides plenty of stopping power. Giant’s Carbon TRX-0 Wheels are wrapped with the tried and true combination of a Maxxis Minion DHF and DHRII. 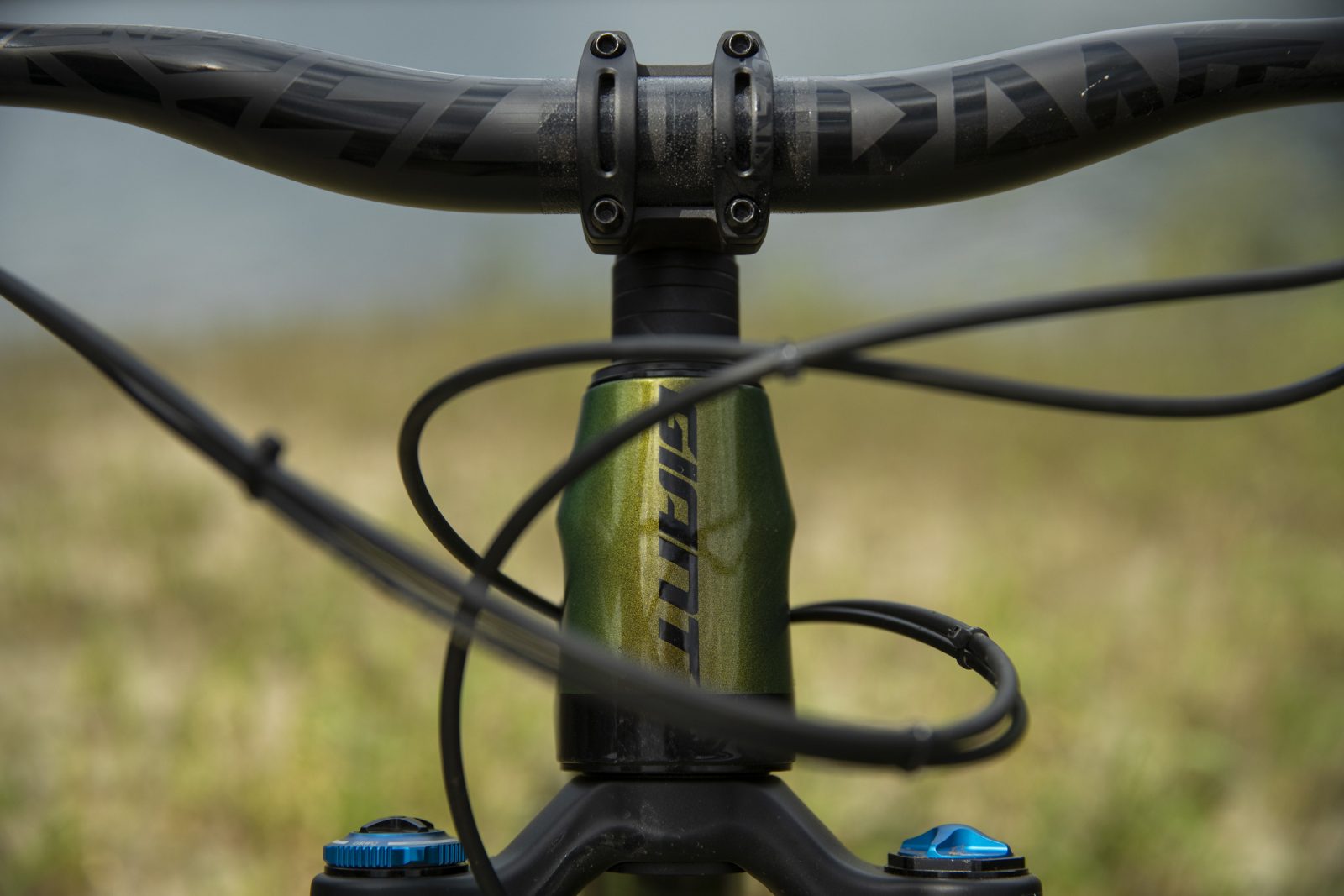 The color-way of the flagship Reign Advanced Pro 29 0 is dubbed ‘Chameleon Saturn’ and varies in how bright it shines depending on light and angle. The 65/76.8-degree headtube/seattube angles along with the 42/44mm fork offset make for a stable and capable bike that encourages ideal weight distribution. Based around feedback from Giant athletes racing the EWS, the bike is certainly designed to be ridden in technical and aggressive terrain. Our medium bike featured a reach of 455mm, providing for a fairly spacious but not overly stretched cockpit position. 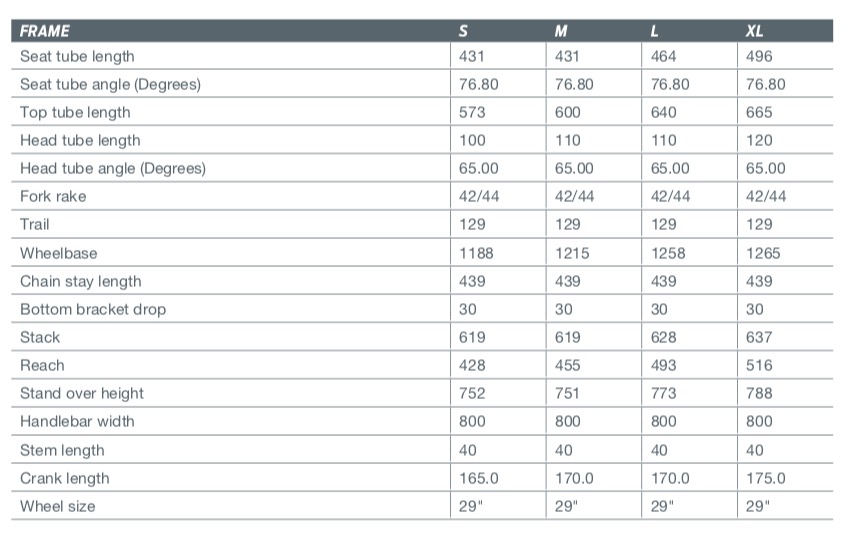 To say that the bike was immediately a shining star when we jumped aboard it would be an over statement, but things moved quickly in that direction after some suspension adjustments, and a quick swap of seat and grips so as to feel at home on the Reign. 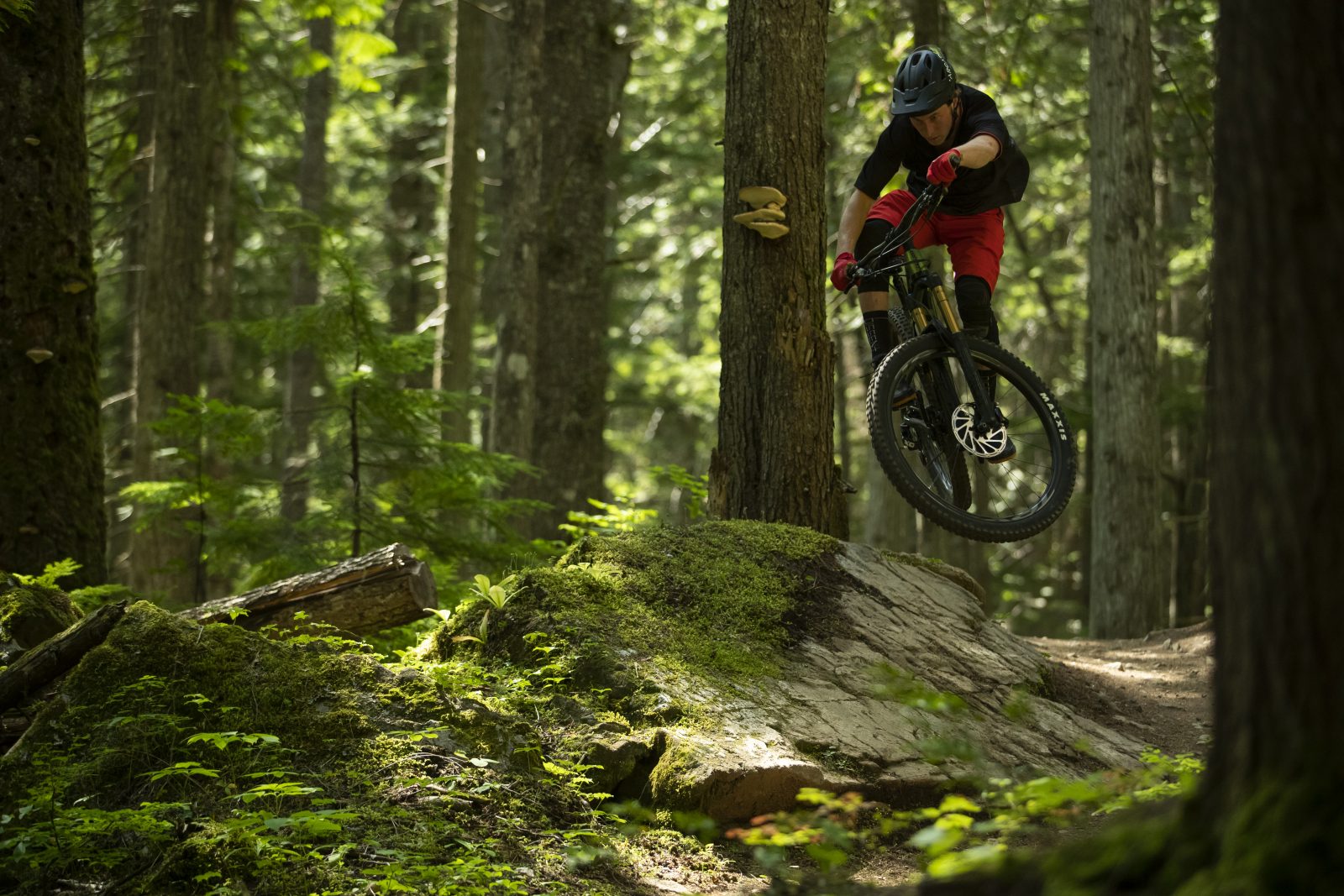 The Maestro suspension platform, and the kinematics that Giant settled on for this bike provide a consistent feel, be it climbing or in the air. With just 146mm of rear wheel travel, it might seem like the Reign may be a bit under gunned out back, but after multiple prototypes, including bikes with 150mm of travel, the team riders and Giant engineers settled for the shorter travel option. In the more rough sections of trail the Reign’s feel was greatly dependent upon how steep the terrain was. In the flat and mid-grade sections, the bike felt like it struggled to maintain momentum over rocks and roots, while in the steep sections, the Reign really excelled, floating over holes, and precisely finding the transitions we sought out to maintain speed in the undulating terrain. During our time spent going uphill, we found the 76.8° seat tube angle provided a comfortable pedaling position, even while on steep punchy sections. For a longer travel bike, the Reign is quite snappy, and takes sharp switchbacks both up and down fairly well. Upon noticing some very slight brake rub in the rear of the bike while climbing up around switch back corners, we’re unsure if this was caused by the pads within the Code caliper not retracting fully, or ever so slight wheel/spoke/rotor flex. We’re sure this small annoyance will get sorted out, as the Giant crew are aware of our findings. 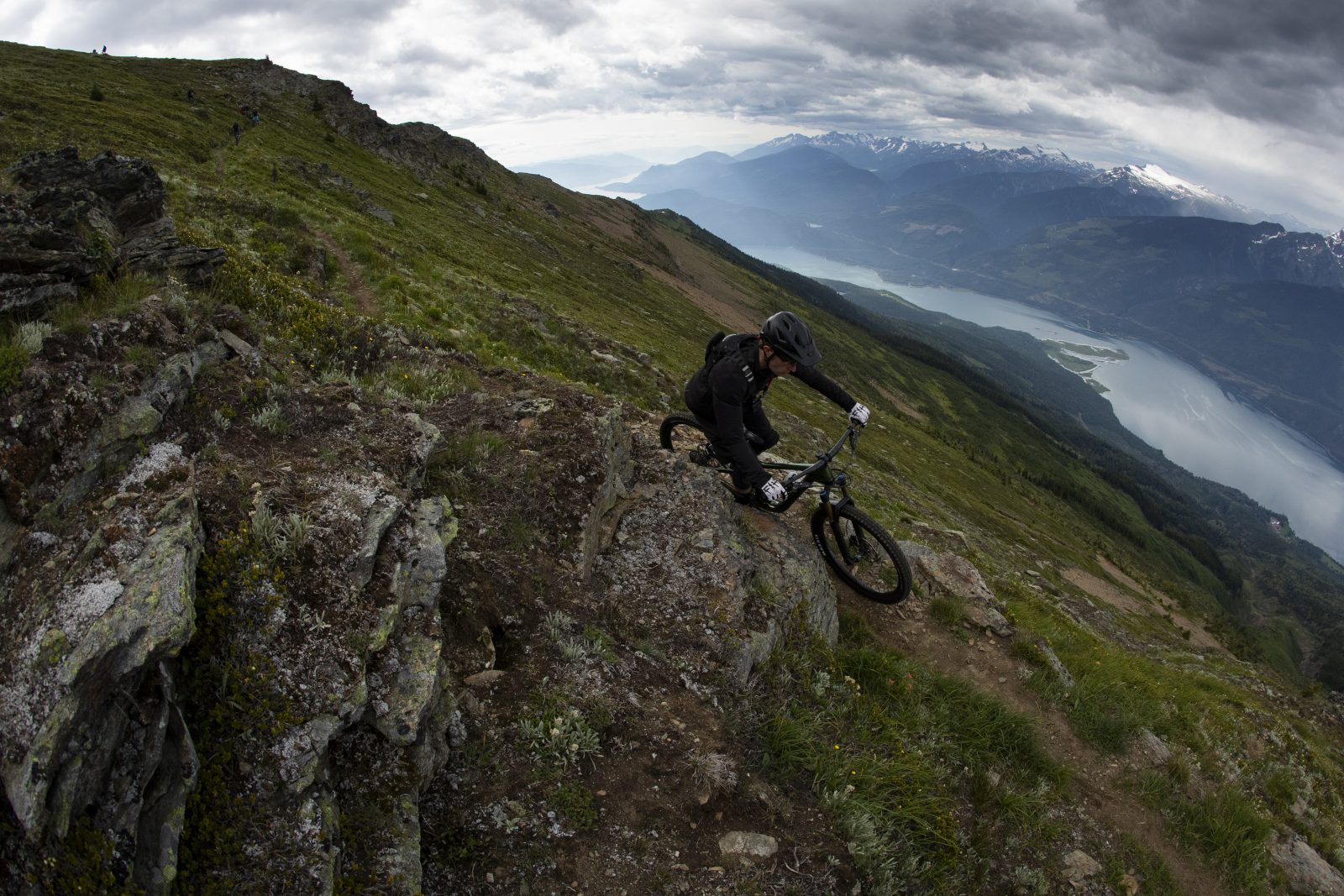 After our short time on the bike, we felt the Reign is incredibly capable, both to get you to the top, and more so to provide a stable and aggressive feeling ride on the way down. Our time on the Reign certainly piqued our interest, and we look forward to jumping on a bike for a long term review down the road.

Learn more, including details on all models and colorways at:  www.giant-bicycles.com/Reign29