A few weeks back, Marzocchi sent along a sample of their first new air shock since their acquisition by Fox. Both unsurprisingly and fittingly, it is dubbed the Bomber. The shock has broad aims in terms of duty and with Marzocchi’s freeride lineage in mind, also happens to be Downhill rated. I bolted one up to my Specialized Enduro and have been riding it consistently enough to gather some initial thoughts. Read on for the full scoop… 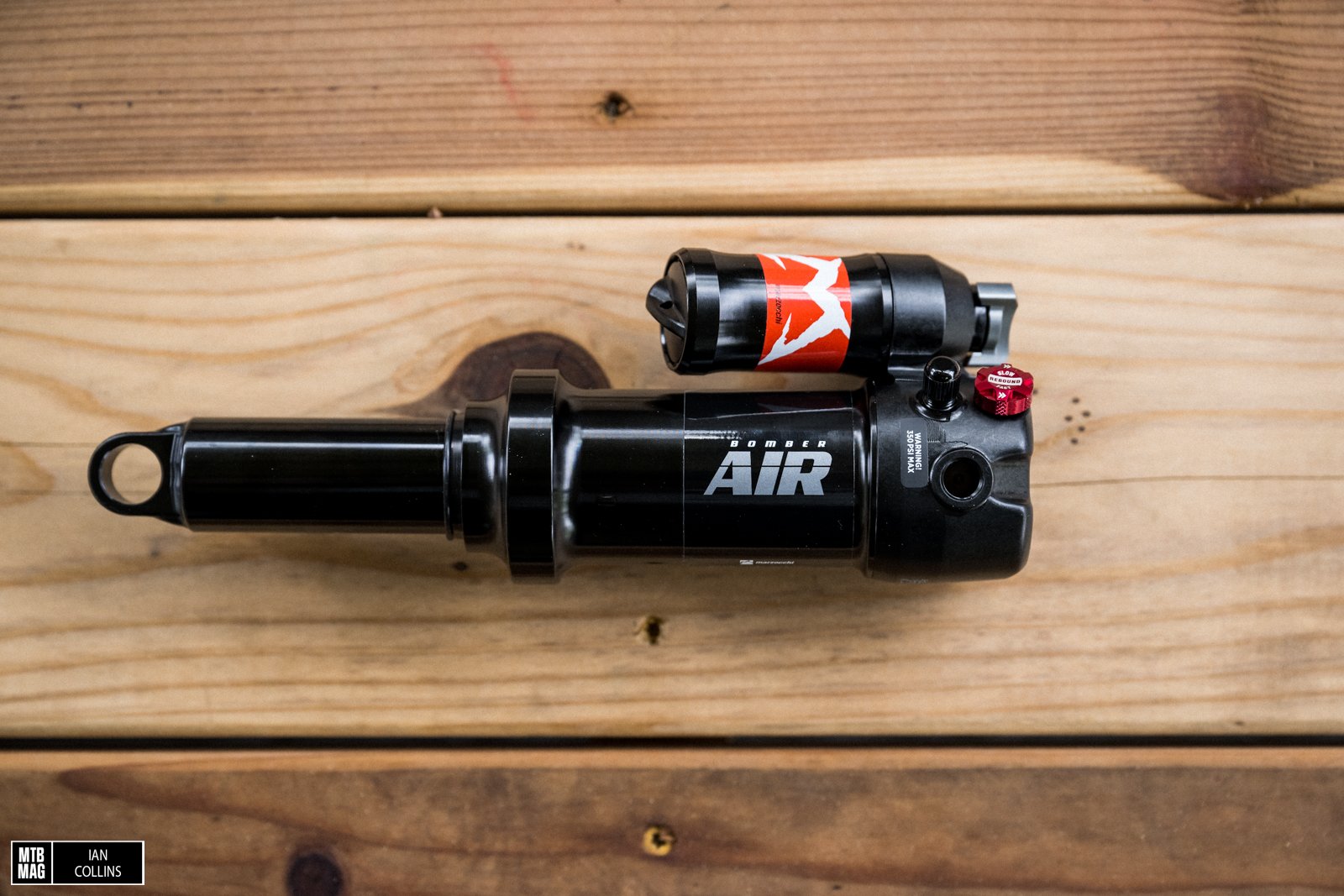 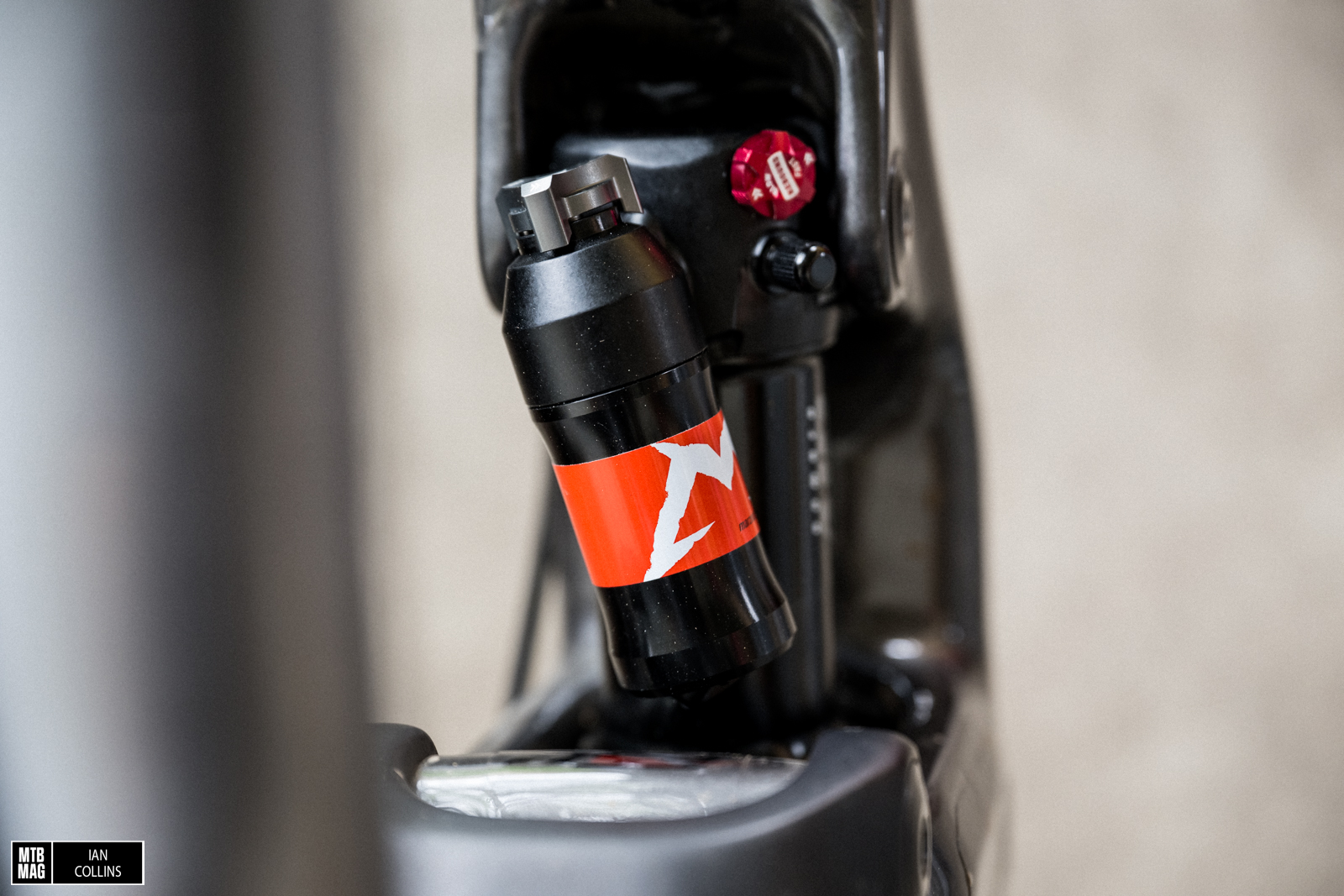 This could take some getting used to! Marzocchi opted to have the reservoir sit at an offset angle. This allowed them to tuck the rebound knob and air valve closer to the shock’s centerline, which improves both clearance and accessibility for the shock pump and rebound knob. 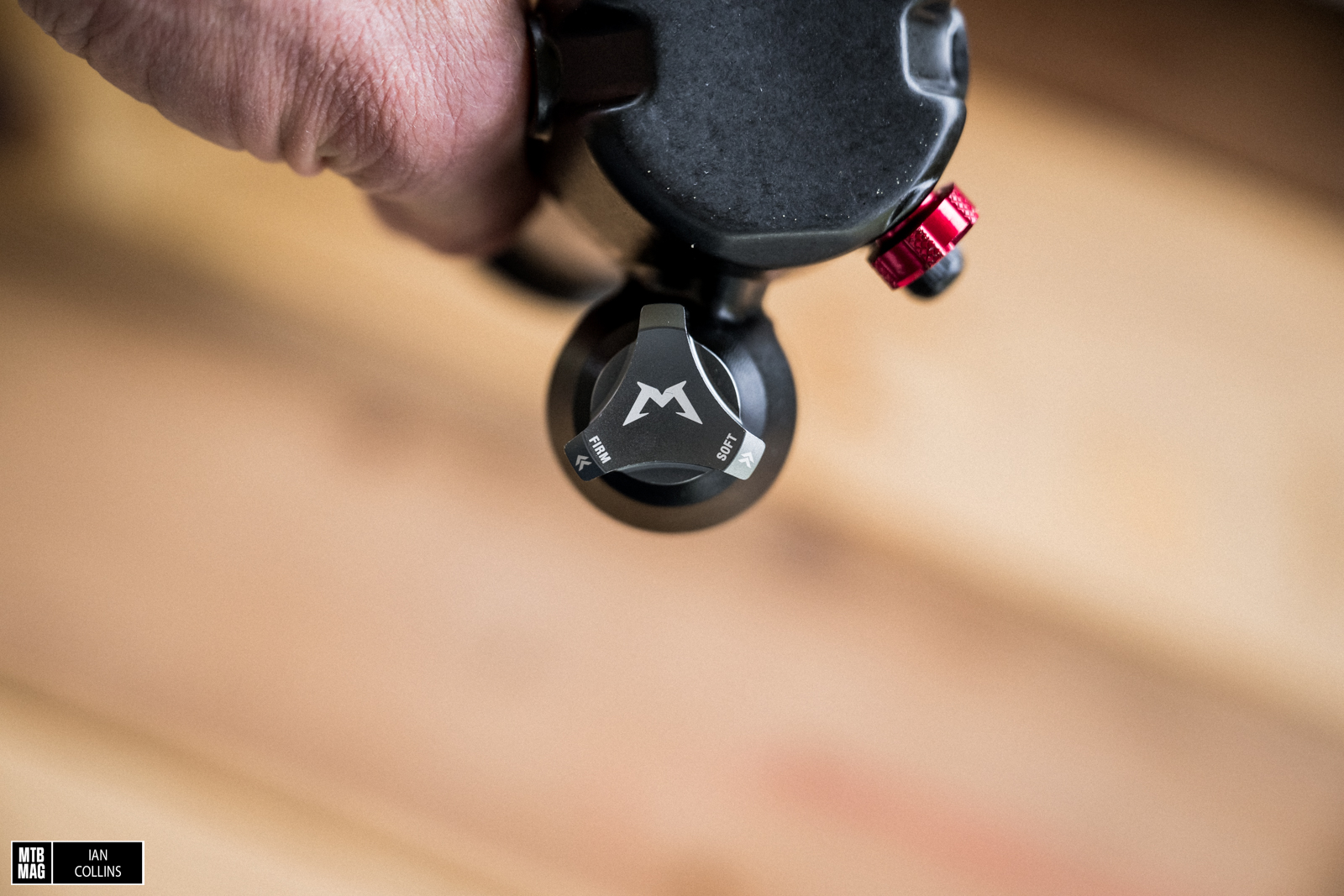 The single compression knob has no detents, but has a usable range of adjustment and is essentially a lockout at the fully firm position. The knob shape is easy to grab and its action is plenty smooth. My sample shock was right around the claimed weight when you factor in the stroke reducers and volume reducer. 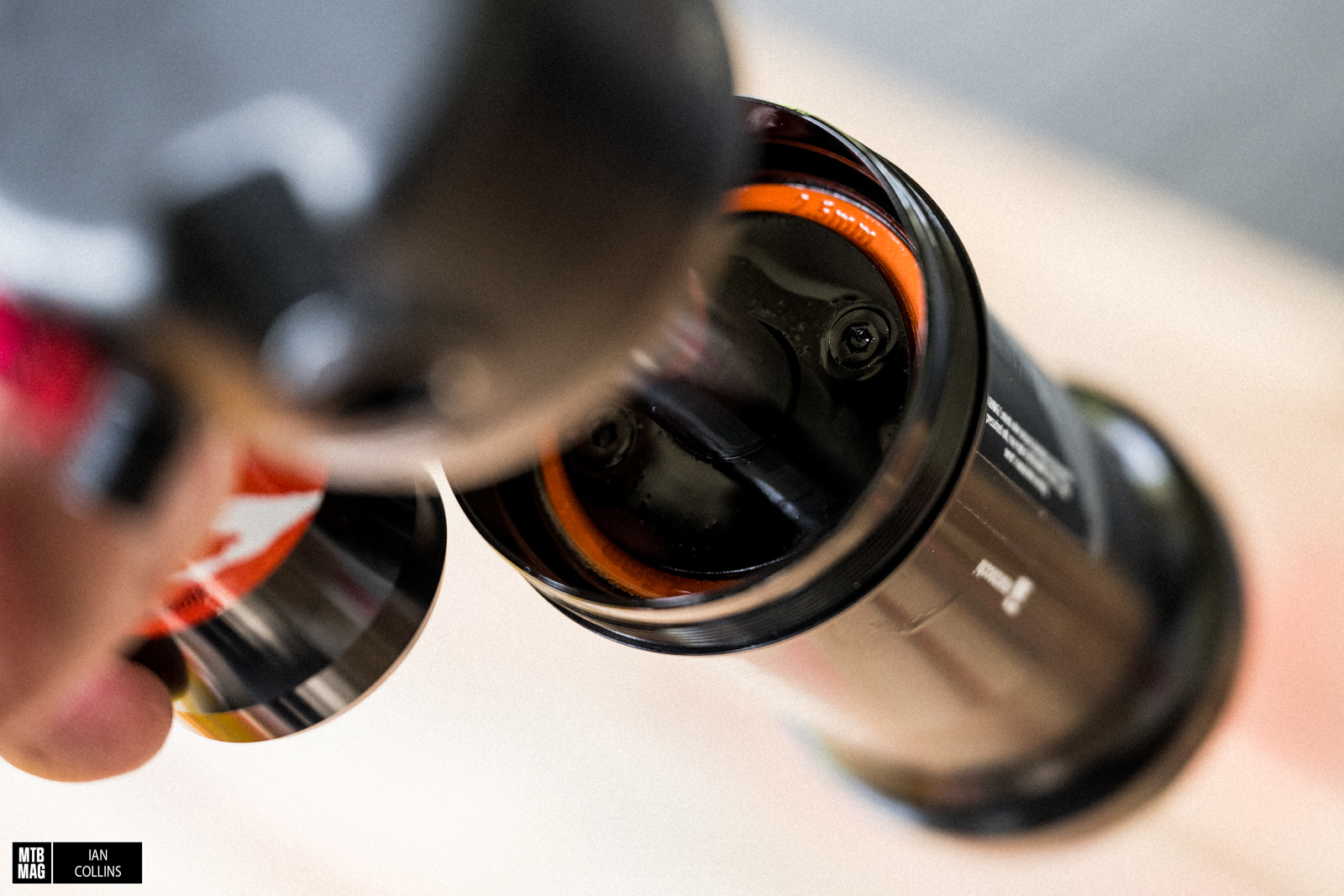 Speaking of volume reducer, my 60mm stroke shock could easily be lengthened to 62.5mm or 65mm at home with a couple turns of a couple of allen keys. It’s a very nifty system. 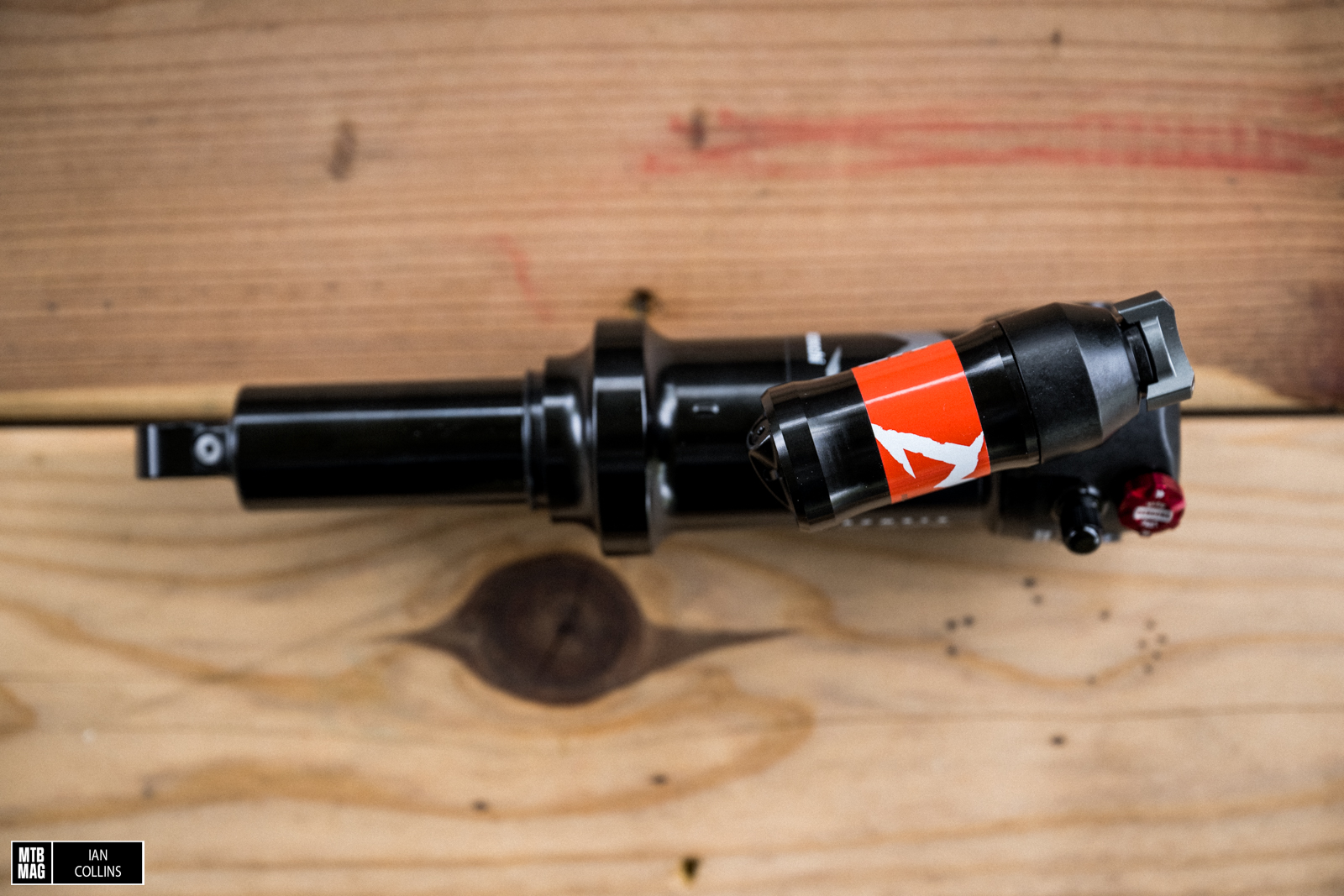 Still getting used to it, but I like it…

From the time that I first build my Enduro I opted for a coil shock due to the bike’s relatively progressive kinematics, so I was curious how it would get along with an air sprung shock. In fairness, Specialized specs the bike off the shelf with one so it’s not a big deal, but rather an issue of preference for me. Out of the gate the Bomber exhibited a pretty substantial amount of drag and seal friction, but after two decent outings on the bike it broke in beautifully and was butter smooth from there on out. As I got deeper into my testing I was consistently impressed by this shock’s performance in the broader sense. Small chatter, mid sized hits and particularly, big impacts were all handled very nicely and I’ve found that the on trail manners are consistent and fade free – even on long, rugged descents. 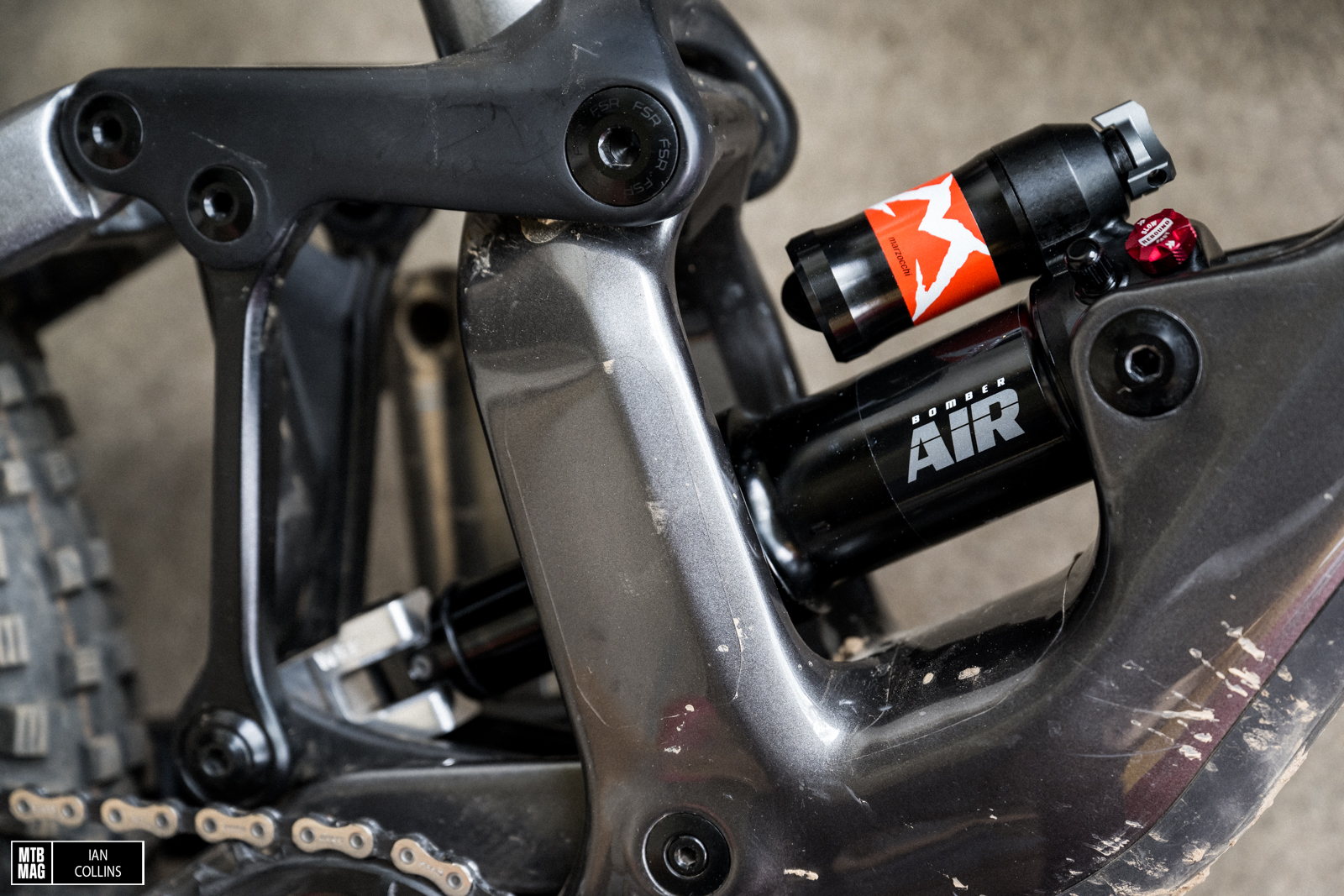 My shock arrived with one small .2 C.I. volume reducer installed and out of curiosity, I removed it. After just one ride I put it right back in as I found it made the air spring curve too linear. It’s worth taking a second to point out that there is a very wide array of volume reducers available, which provides the end user with a massive tuning range. In addition to the easy to use travel and volume reducers, one other visible internal feature I appreciated was the oversized bottom out bumper, which managed big hits and warded off violent bottom outs very nicely. As far as the adjusters are concerned I found the rebound to be fairly straightforward and provide a usable range. The compression adjustment takes a note from Marzocchi’s approach with their forks. In terms of setting the compression, I ran it about one third of a turn in from full open most of the time. As there are no detents you have to be a little more deliberate if you want to accurately return to your home position when you unlock it. However, I think that given the value of the shock and its simplicity, that is a small price to pay. All said, the range in the compression adjustment was broad and suitable, with a firm but not too firm lockout.

While I don’t have enough time on the Bomber for a full and comprehensive long term review, I can say that I’m very impressed with its performance so far. The shock is a simple, no frills unit that seems to be in it for the long haul and thus far can take a beating quite well while remaining composed. I appreciate that it has a couple of unique aspects compared to a Fox Float X – namely the asymmetrical reservoir and the compression adjustment. As far as value is concerned, it comes in at $40 less than the Performance Elite level Float X and my assessment is that it rides at least as well, perhaps better. In time, the Bomber will likely prove to be an excellent aftermarket option for a wide range of duty levels. We’ll keep you posted after a few more months of ride time, but so far so good! It’s nice to see another high value contender on the market.

[Video] Get Me Started – Erik Fedko