The Leogang track, on which the third stage of the UCI DH World Cup 2022 has just ended, has been the protagonist of this amazing race. The variable conditions along the track, from the dry and very fast sections to the technical ones, plus those plagued by the residual mud from the rain on Thursday, made the track unpredictable and extremely demanding. The choice of tires that had to be fast rolling in the dry and aggressive in mud was key, but the approach of the riders who had to better interpret the sections where they could push and those where to balance aggressive riding and risk management to maintain a good pace was decisive.

It was in fact a close competition until the end, which saw Matt Walker excel, in his first World Cup victory. The British athlete put forth his best performance ever, with aggressive riding, while at the same time precise, winning the victory with only 3 tenths of a second to spare over fellow countryman Danny Hart. 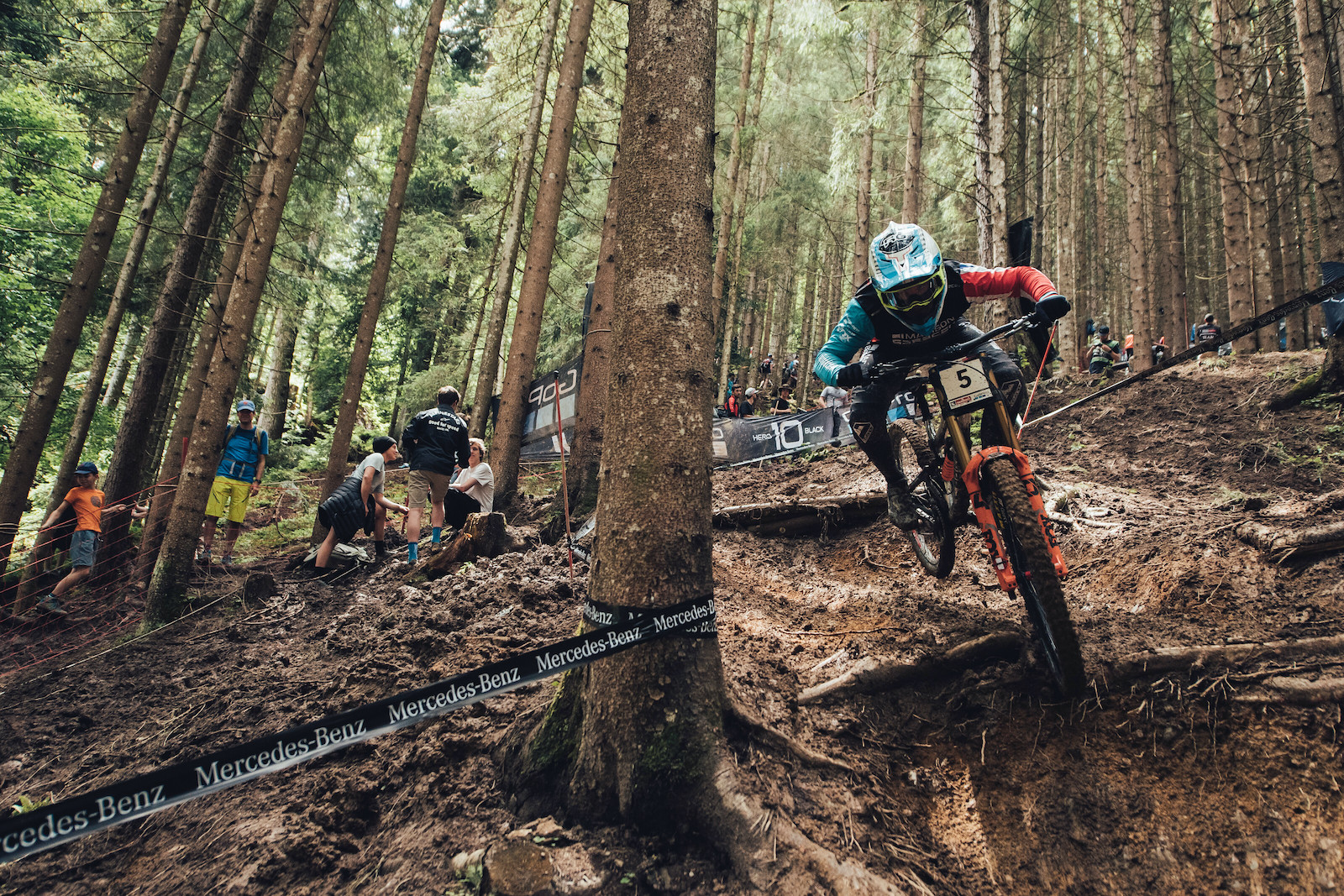 Hart proved to be very fit and keen both in the fast sections and in the technical ones on the mud. No mistakes, perseverance, determination and awareness for a Danny Hart in the best version of himself. He just missed that pinch of madness that on other occasions led him to dominate the race with impressive gaps. 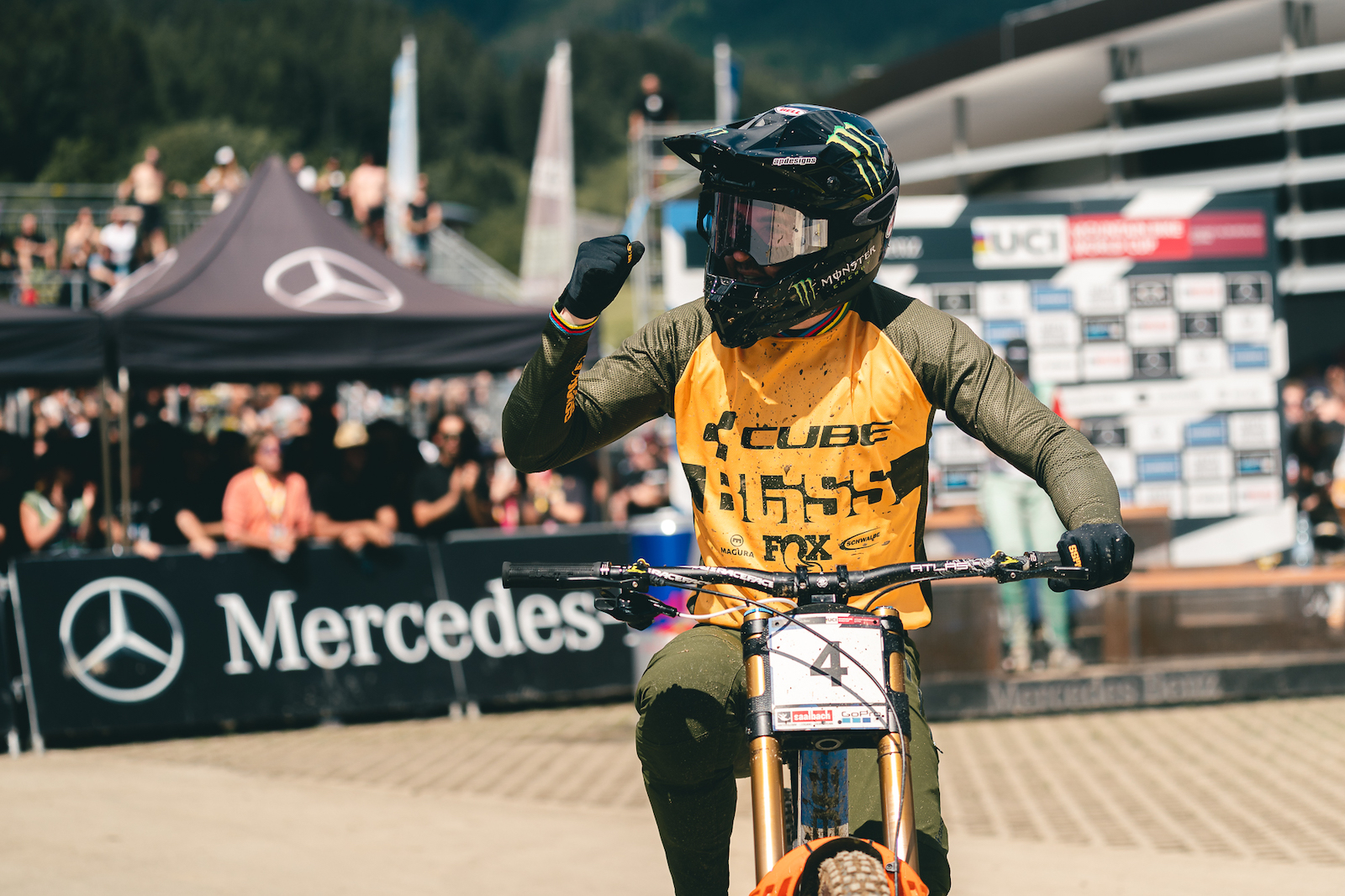 Third position for Angelo Suarez Alonso in the best performance of his career. The Spaniard presided over the hot seat for a long time thanks to his aggressive and effective descent which led him to climb the general rankings to seventh position. 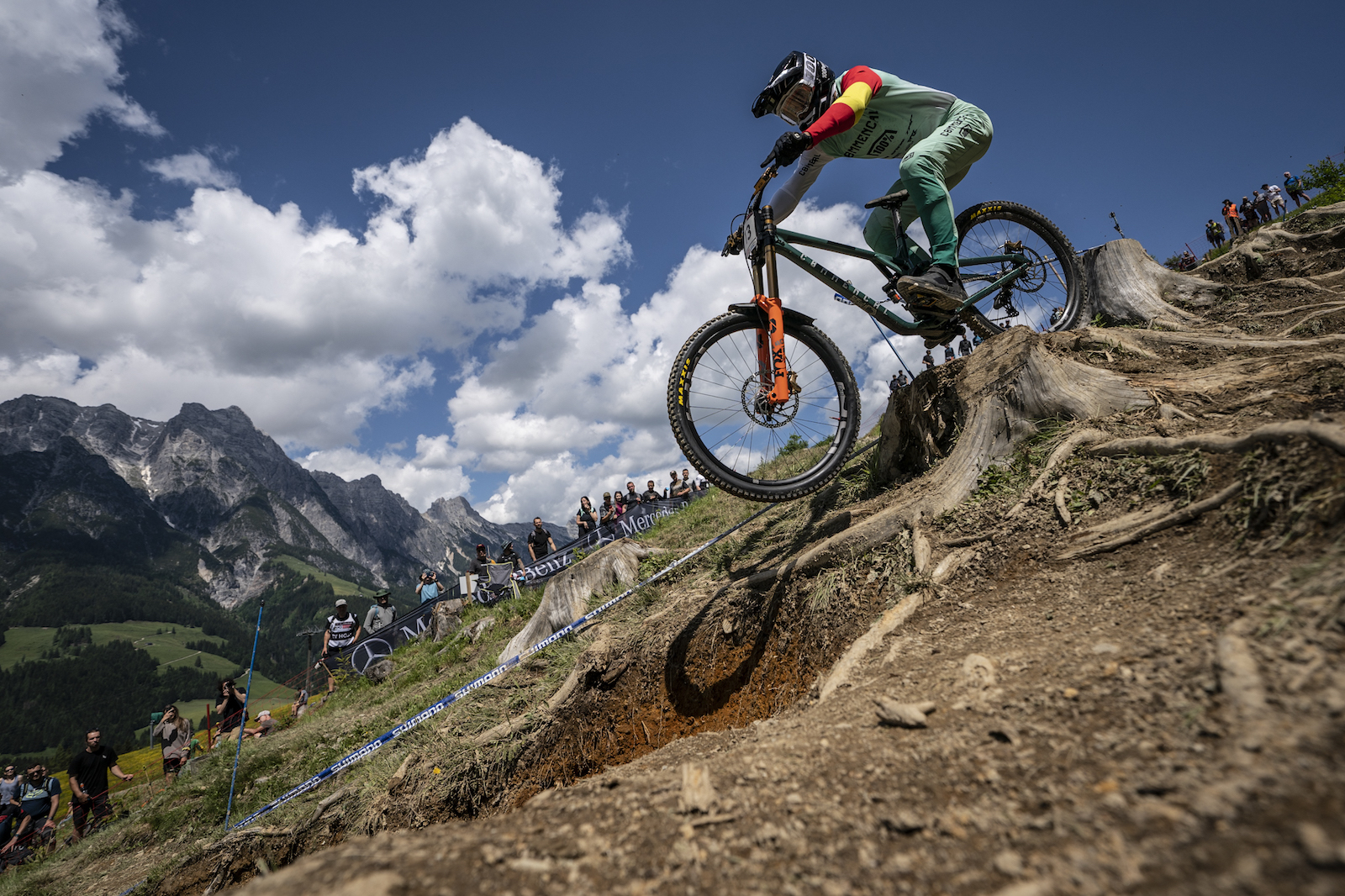 Amaury Pierron, visibly disappointed, had to settle for the fourth step of the podium. Position of absolute respect, considering the fate of other top riders who have had to surrender to mistakes and falls. The current leader of the overall had set unique lines, different from the other competitors, demonstrating creativity and excellent technique. 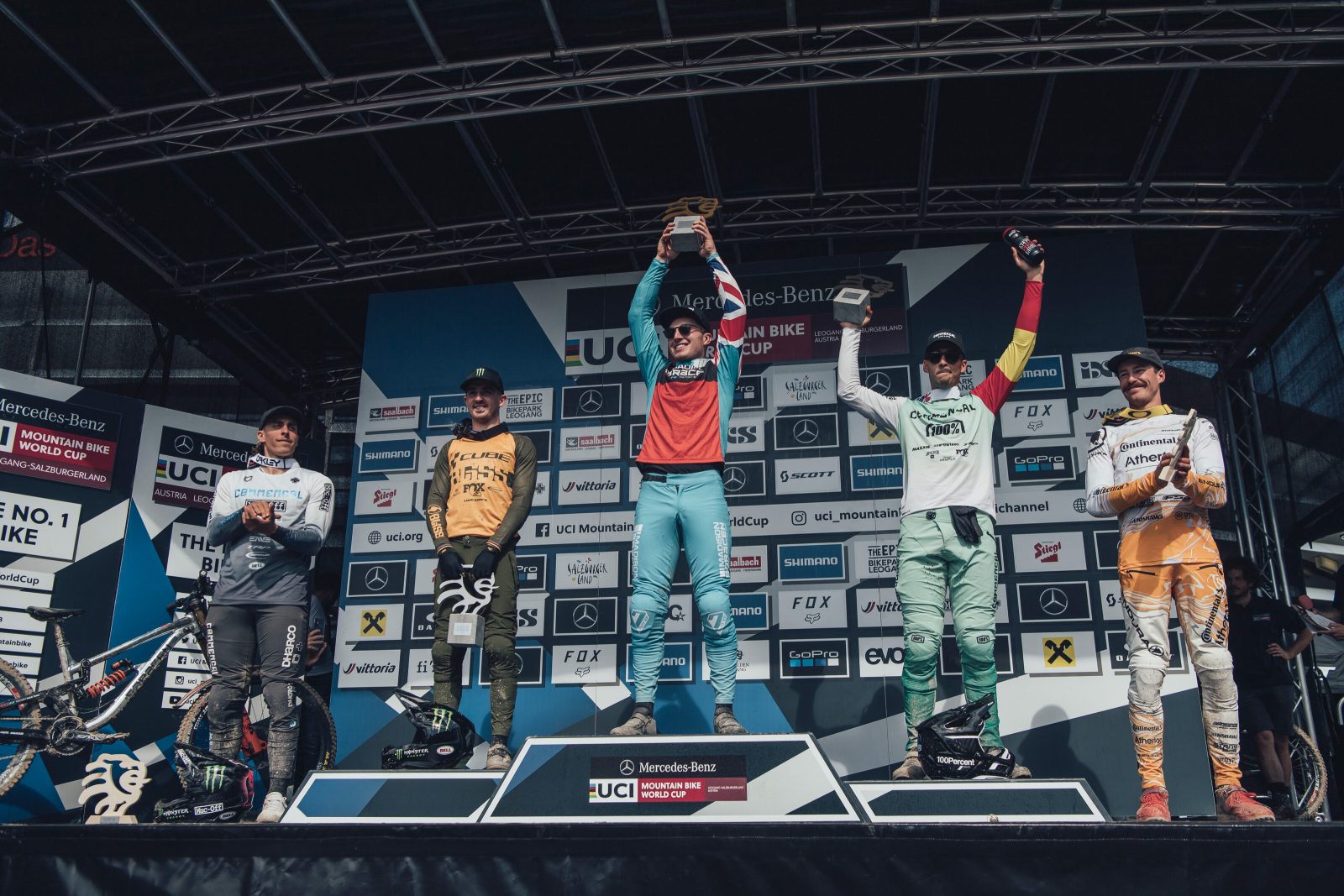 Fifth place goes to Andreas Kolb, also on his first podium in the DH World Cup. 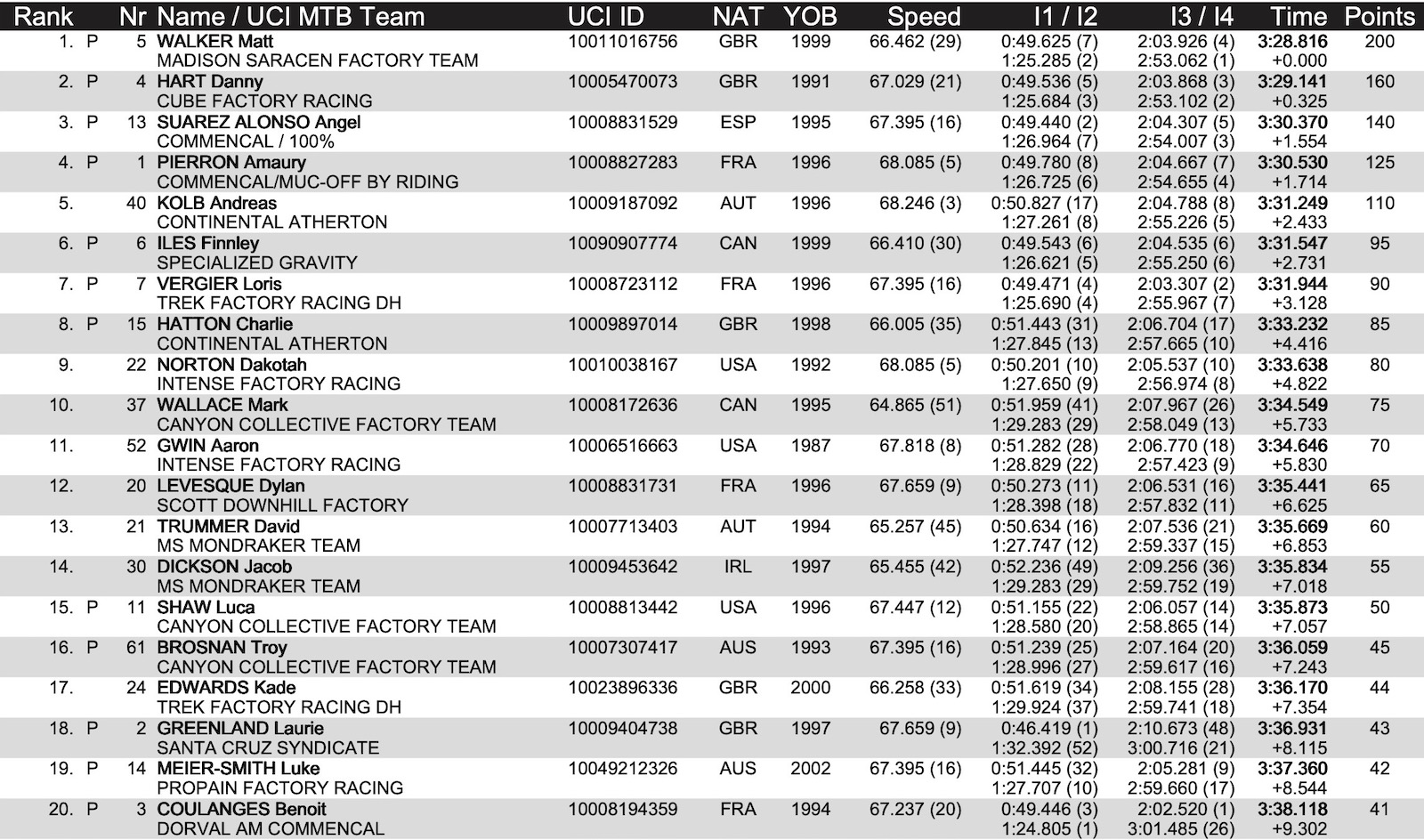 It was a huge day for Camille Balanche who is establishing herself as a reference athlete in the female category. Balanche showed an incredible consistency, awareness and riding precision that allowed her to gain a lead of more than 11 seconds on her pursuers, climbing again on the highest step of the podium in the Austrian town where in 2020, still in the mud, she won the rainbow jersey. 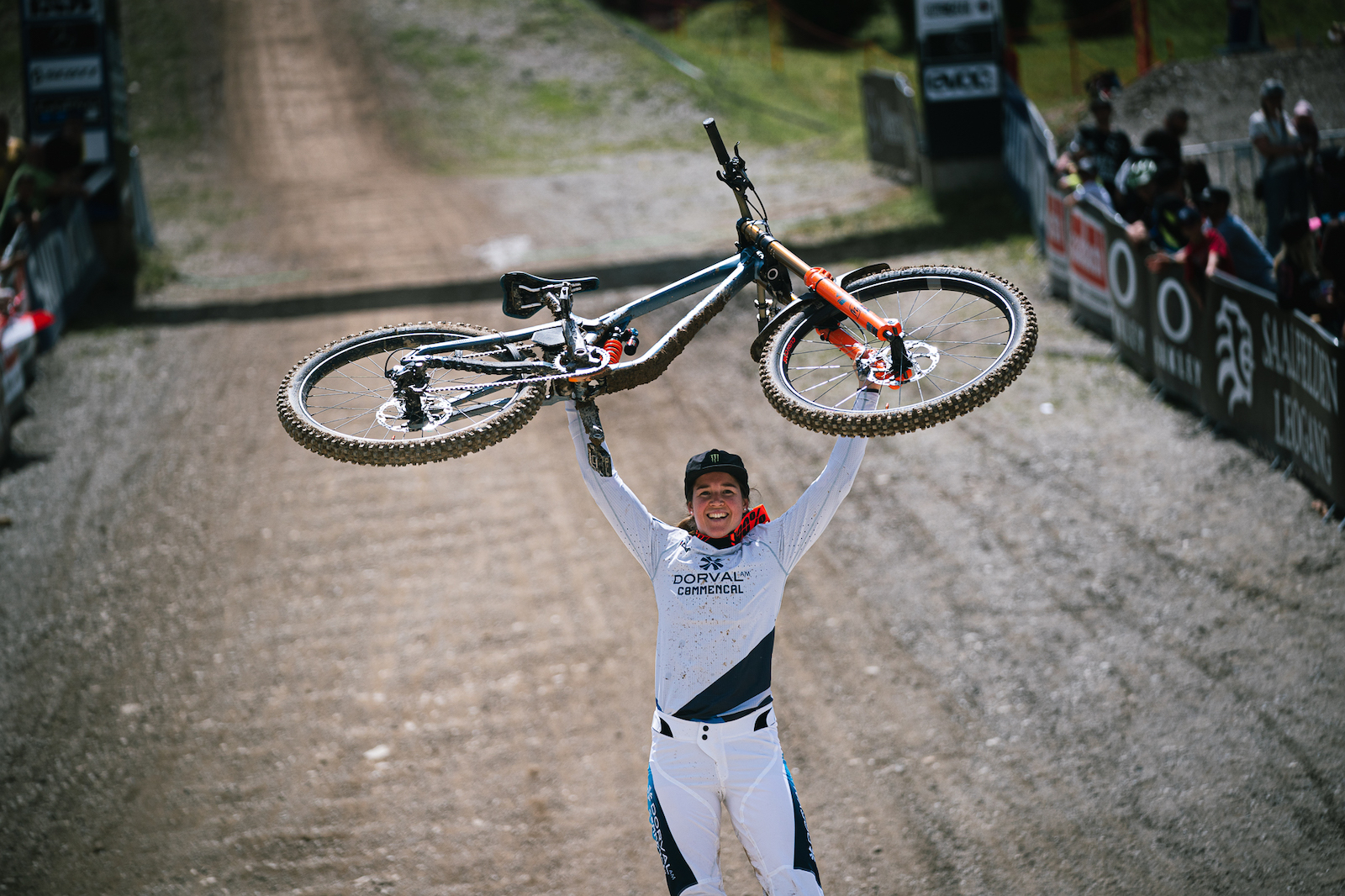 Although not enough to win and penalized by the strong gap inflicted by the incredible performance of the Balanche, the reigning world champion Myriam Nicole ran an excellent race, slightly conservative compared to the Swiss competitor but well concentrated and effective with a smooth and clean ride. 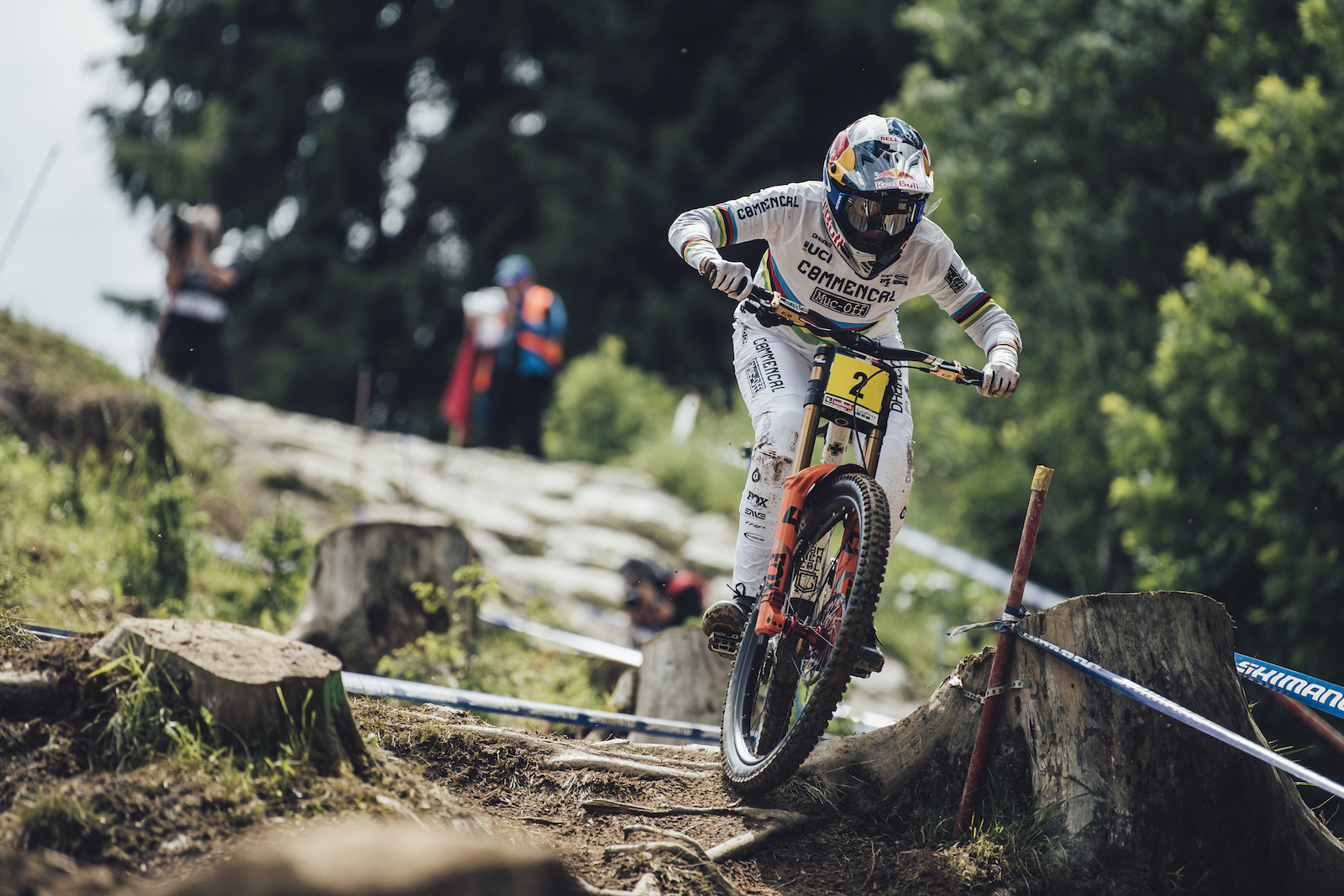 Excellent performance for Eleonora Farina who continues to be the best Italian flag-bearer in the downhill world. Third step of the podium for the athlete from Trentino who proved to be the athlete with the cleanest riding in the woods section, riding precisely and in full control. 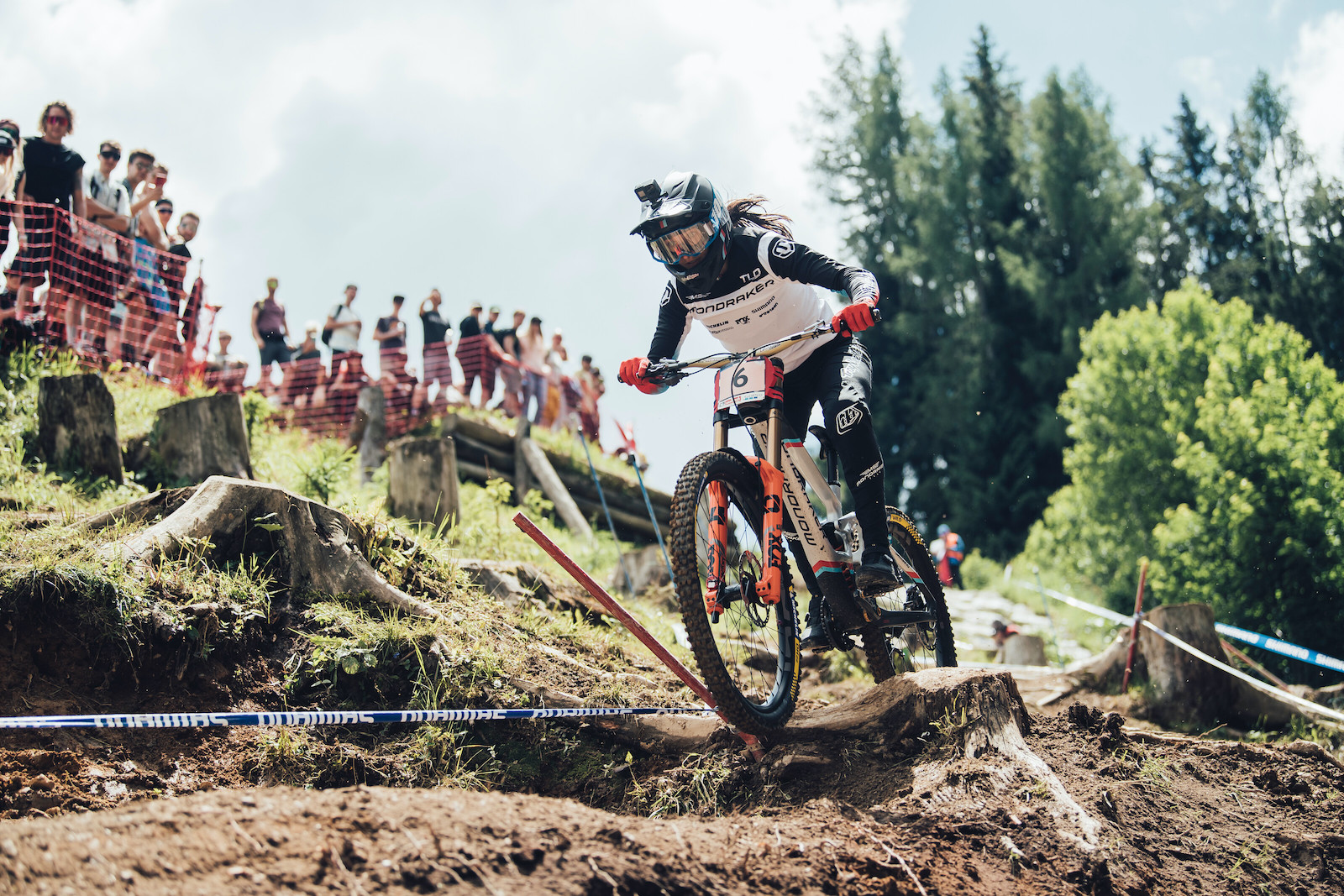 Several athletes were penalized by ruinous crashes, first of all Marine Cabirou who got up but did not finish the run. Valentina Höll has fallen twice so that this year she too failed to achieve a result on the home track. It was a disastrous race for the winner of the last stage of Fort William, Nina Hoffmann, ravaged by crashes and bobbles along the entire section in the woods.

In the men’s Junior category, Jordan Williams took the victory on the Leogang track, ousting world champion Jackson Goldston, second in the race today, from the first position in the overall standings. An excellent performance by Davide Cappello who goes on the awards stage with an excellent fourth place. Phoebe Gale wins the race in the female Junior category, getting closer to the first position in the overall still held by Gracey Hemstreet, who placed third.

The fourth round of the UCI DH World Cup circuit will take place in a month’s time in the Swiss town of Lenzerheide, from 8 to 10 July.