No rain, no wind – the weather in Les Gets treated the athletes well this time around! 18 riders dropped into a sunny course at Crankworx Les Gets. The second FMB Diamond Series Event saw the return of a number of big names from injury – two of which were able to catapult themselves right back in into the top echelon of the sport right away. Brett Rheeder (CAN) was up there straight from the get-go and not only took the lead after run one, but was the undisputed champion of the day. The second run saw a ruthless comeback from Emil Johansson (SWE), who took second place ahead of Szymon Godziek (POL) and Thomas Genon (BEL), who also competed at his first FMB Diamond Series Event after his broken ankle a few months back. Rheeder therefore becomes the first rider in the brief history of the event to seal the Crankworx Les Gets Slopestyle win. 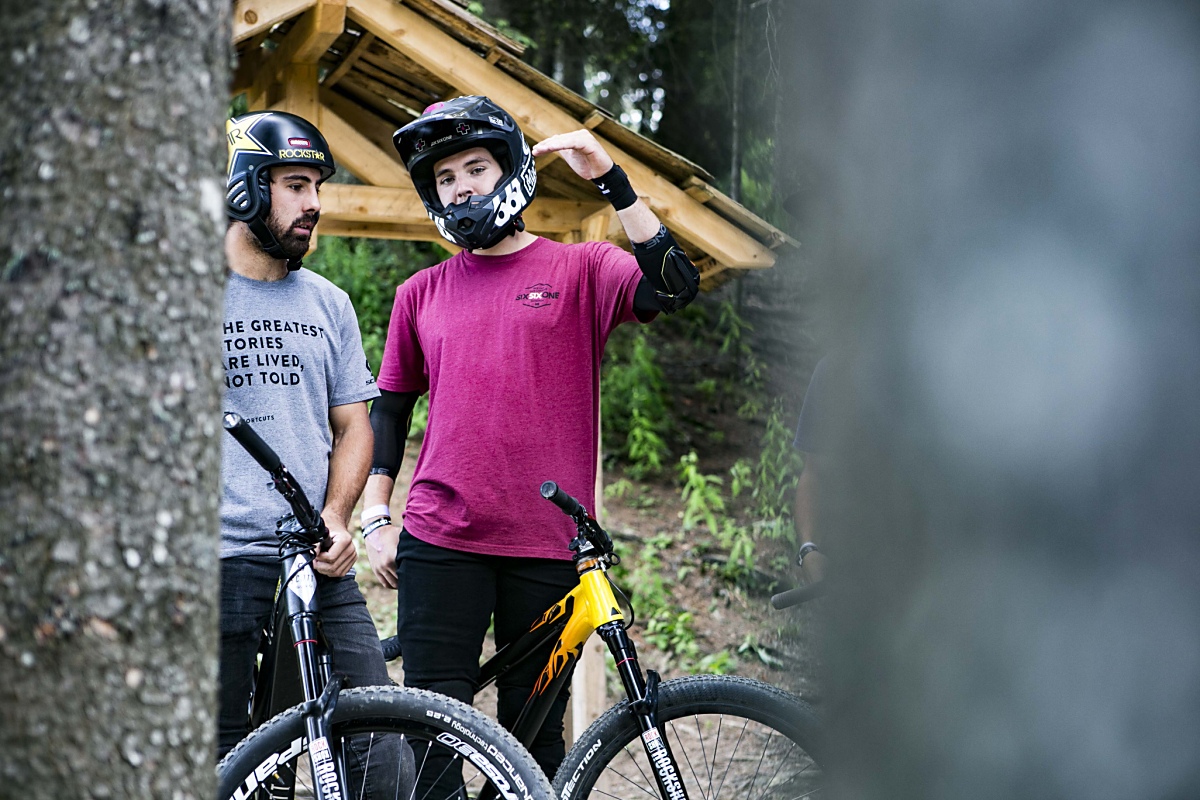 Simon Pagès (FRA) was the fourth rider to drop in and the first bring his run down to the bottom. His lead with a score of 71.66 was brief though, since polish slopeystyle superstar Szymon Godziek raised the bar with a fantastic run. His attempt included the first big wow moments of the contest. Scoring 86.33 put him in first place and there he remained for a great deal of the time. After nine riders were not able to put a good enough run down to beat Godziek, it was time for Brett Rheeder’s comeback run. His first FMB Diamond Series contest run of the season was an absolute banger, which included a number of opposite combinations, scored him 92.33 and put him comfortably ahead of Godziek. With a number of top-class riders such as Ryan Nyquist (USA), Emil Johansson (SWE) and Nicholi Rogatkin (USA) failing to send a clean run, we were in for a very exciting second half of the competition. 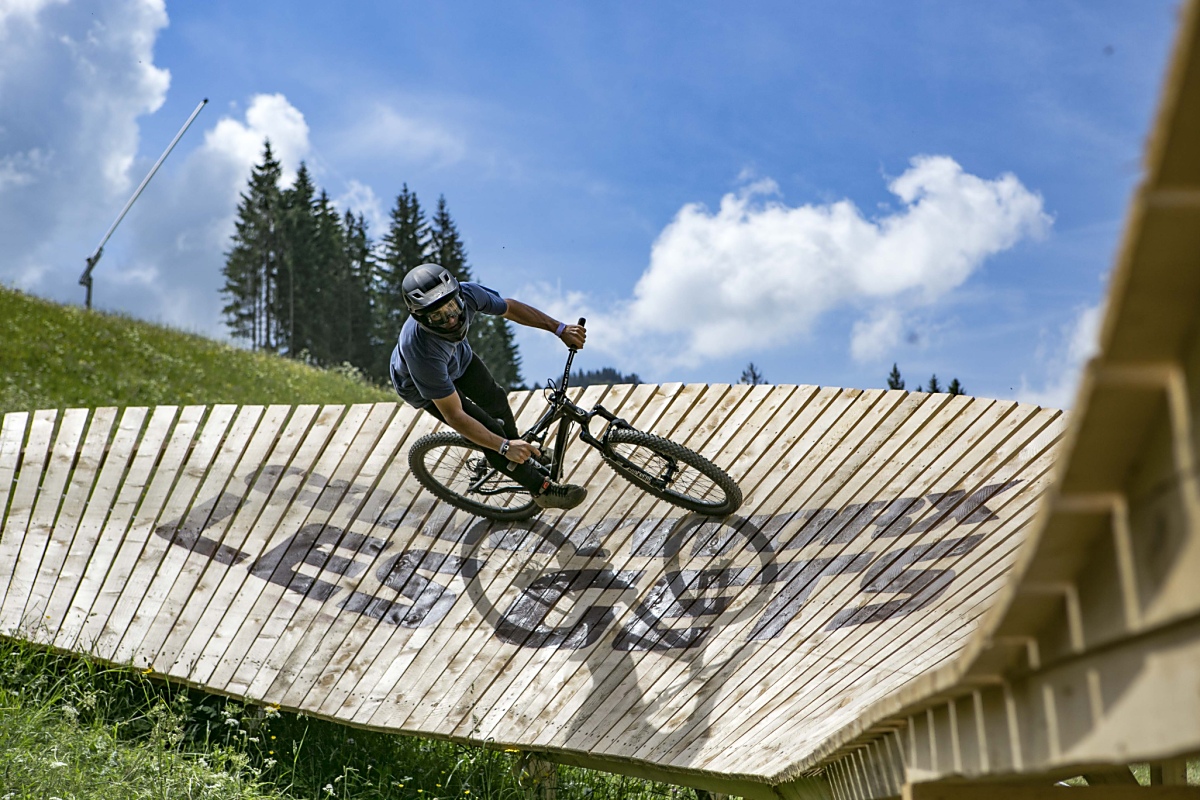 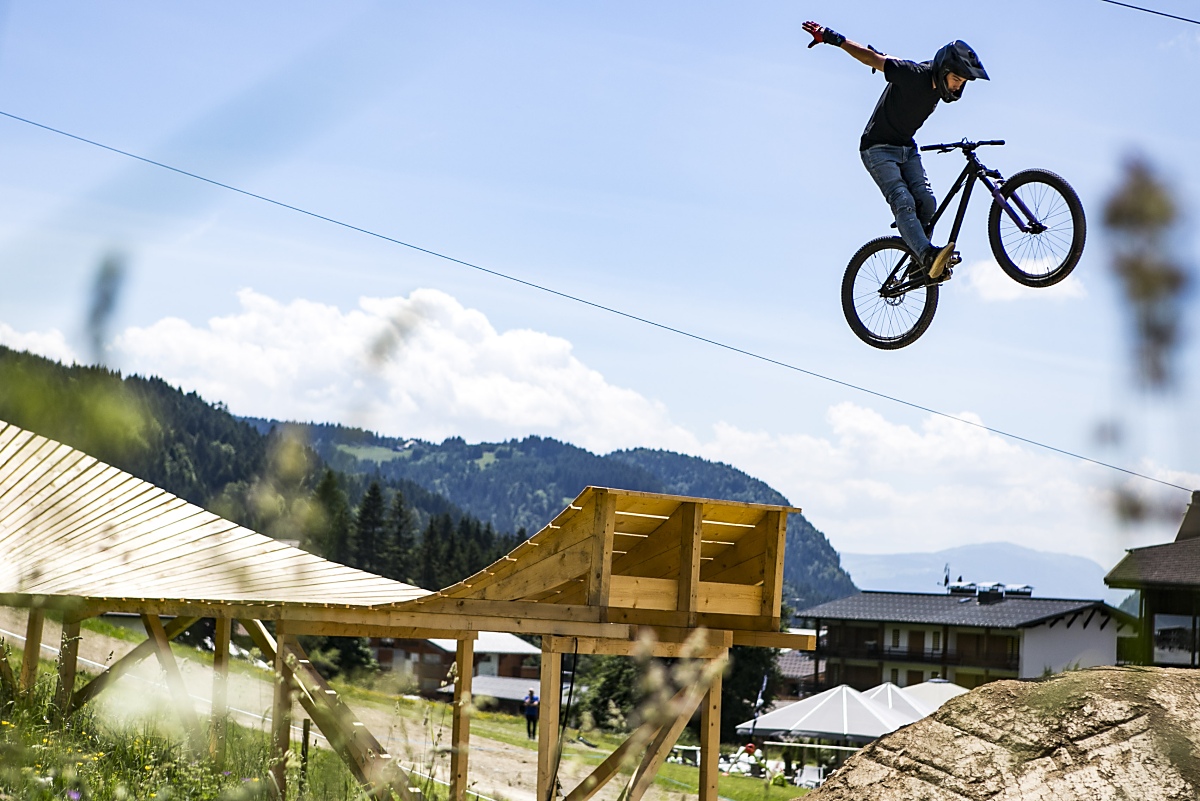 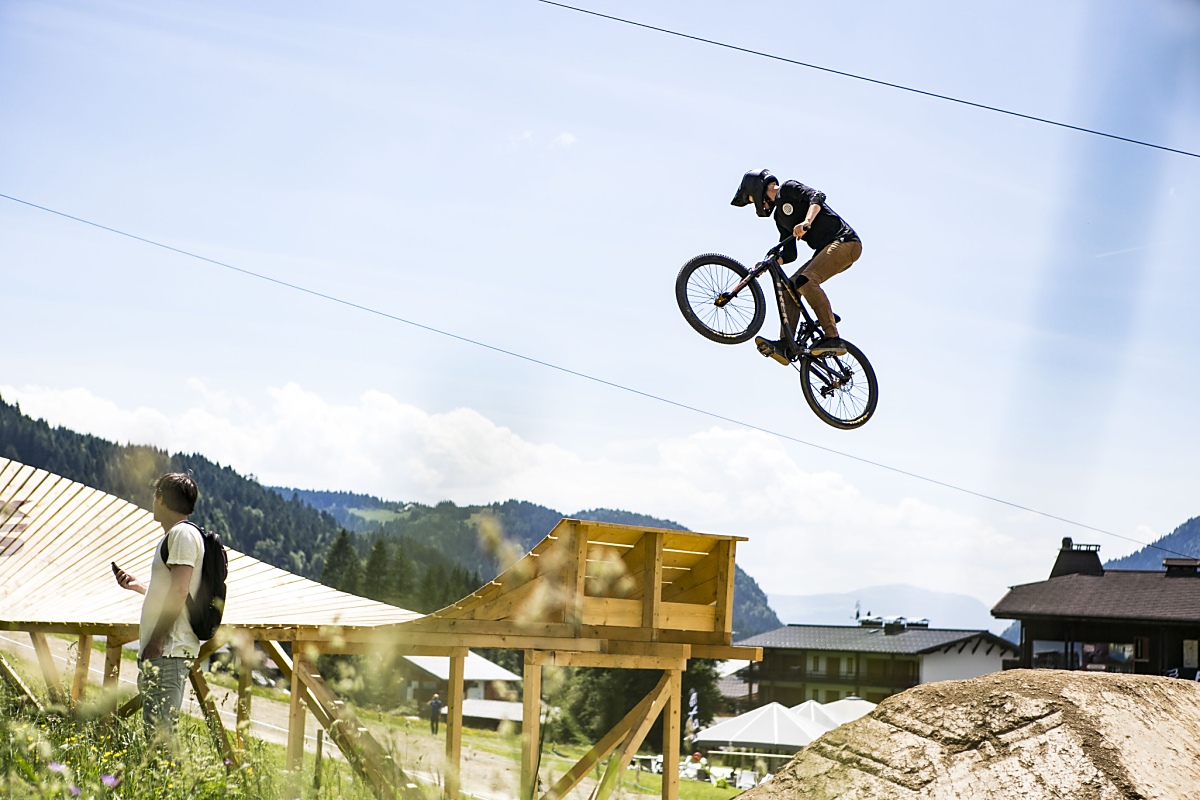 Dropping in in reverse order to the standings, Emil Johansson was the third athlete to head down the course. The 17-year-old Swede delivered a blistering second run, going all in on every single feature and got the crowd going with highly technical combinations. The suspense mounted while the judges debated, if the run was good enough to push Rheeder from the top spot. However, the judges saw him just shy and placed him in secod position with a score of 90.33. A while later Nicholi Rogatkin came up literally short in a desperate attempt to make his second run a good one. His near perfect run came to a crashing halt as he caught the lip of the final landing, which threw himself off balance. Fellow country-man Ryan Nyquist was able to provide a better look and stomp his run, which put him ahead of Gani in fourth position. Subsequently rider after rider was not able to put any pressure on the top 3 until Thomas Genon sent it for a second time. The young Belgian showed impressive style, but also just missed a pedal on the landing after the last feature. This may have cost him third place, since he scored 84.66, which was at least enough to get ahead of Nyquist. With only 7 days to go until the next FMB Diamond Series Event at Crankworx Innsbruck, Szymon Godziek decided to call it a day, which left Brett Rheeder to celebrate his first win of the season and impressive comeback contest with a victory lap. 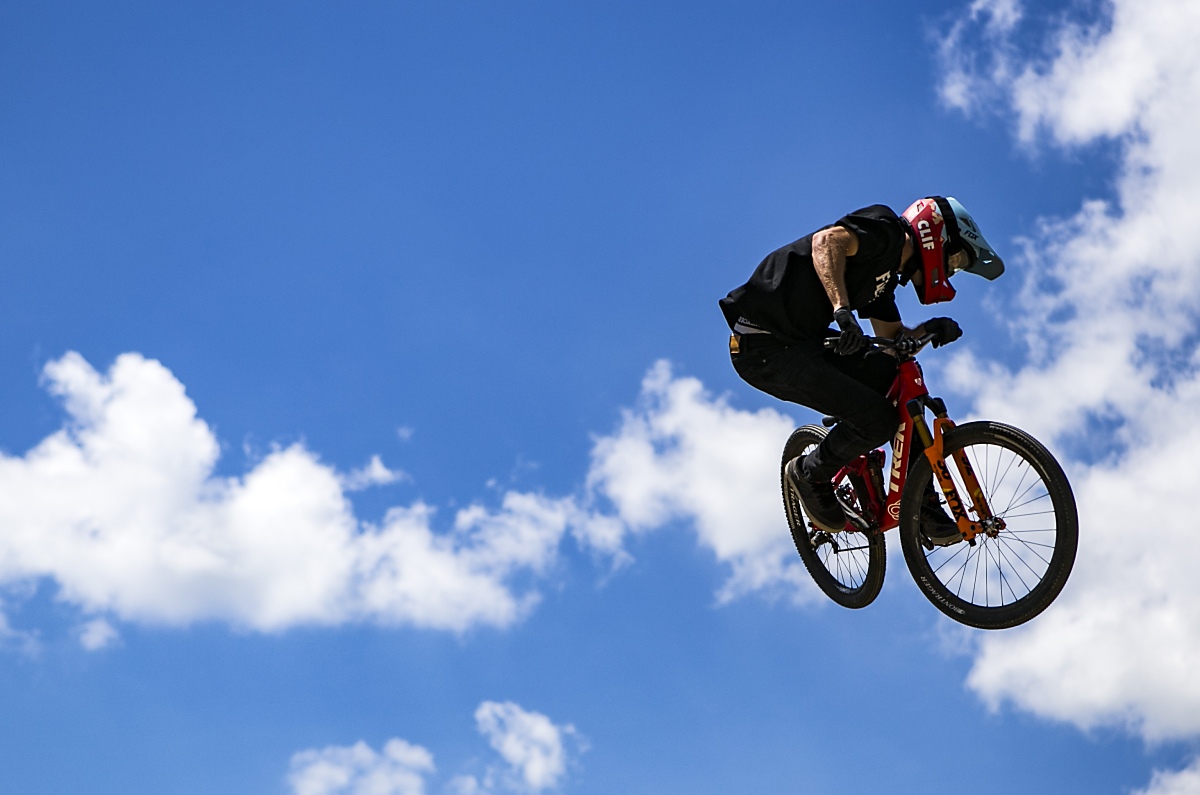 Brett Rheeder: “I feel really relieved! That injury sucked and I spent a lot of time trying to get back. It has been a lot of work. To ride down here and come in first feels so good.”