We just got an update to the original post below.  Fox have outlined (in greater detail) the extent of their recall of certain Float X2 models, and how to proceed if you happen to own an affected model.  For detailed pictures of serial number placement, graphics and more of the affected models please head here.

Hazard: The bicycle’s rear shock absorber outer sleeve can rupture, allowing the sleeve to come in contact with other bicycle parts or the rider, posing a fall and injury hazard.

Consumers should immediately stop using bicycles with the recalled rear shock absorbers and return them to the place of purchase for a free repair. Consumers unable to return their bicycles should contact Fox for instructions on receiving a free repair.

Consumer Contact: : Fox toll-free at 855-360-3488 from 8 a.m. to 5 p.m. PT Monday through Friday, email at [email protected] or online at http://ridefox.com and click on the recall link for more information.

Description: This voluntary recall involves all model year 2016 and some 2017 FLOAT X2 bicycle rear shock absorbers sold both individually and installed on YT, Giant, Pivot, Intense, Ibis, Scott, Trek, GT, Knolly, Norco, Rocky Mountain, Diamondback, Morpheus, Foes Racing, Orbea, and Canyon full-suspension mountain bikes and frames. The solid black or black and gold FLOAT X2 shocks have an air sleeve construction. FLOAT X2 is printed on the external reservoir connected to the blue compression and red rebound adjusters that have X2 and RVS laser etched on them. Recalled shocks do not have a “250 psi max” label directly under the air fill boss on the outer sleeve of the shock. A full listing of all recalled shocks and bike models can be found at http://ridefox.com/recall

Incidents/: The firm has received seven reports of the shock absorber outer sleeve rupturing. No injuries have been reported.

Sold at: Independent bike stores nationwide, including Jenson USA, Pro Bike Supply and Universal Cycles and online at Go-ride.com and other online bike retailers from March 2015 through September 2016. The shocks were installed as original equipment on full-suspension mountain bikes and frames sold for between about $2,700 to $10,000 and sold individually as an aftermarket accessory, for about $600. 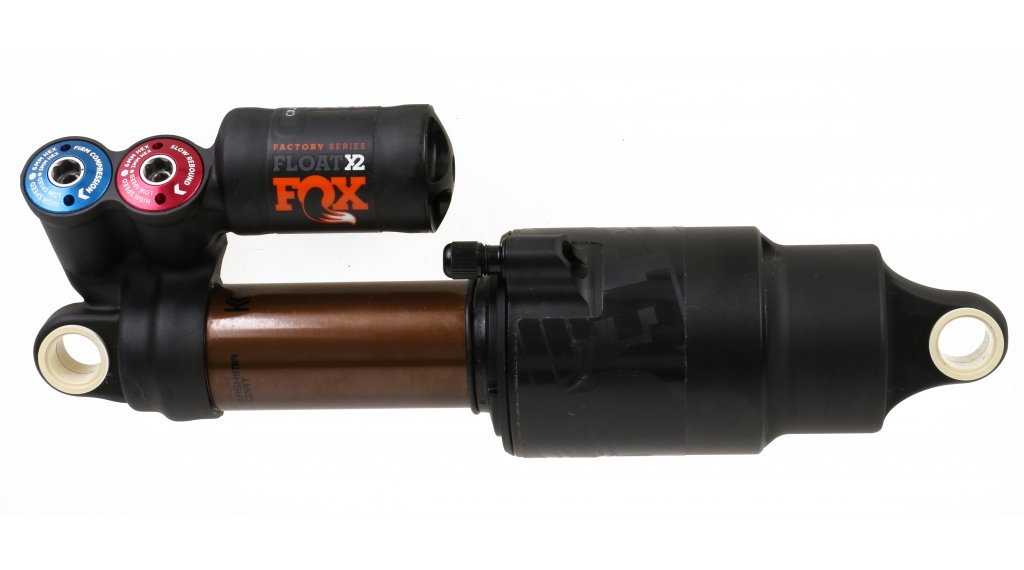 FOX has learned that under certain conditions, some bicycle FLOAT X2 shock absorber air sleeves can rupture due to the increase in internal air pressure which occurs during shock absorber compression. In response to this information, FOX has filed a Section 15(b) report with the U.S. Consumer Products Safety Commission (CPSC) requesting the CPSC’s permission to conduct a voluntary recall of all Model Year 2016 FLOAT X2 bicycle rear shock absorbers and certain Model Year 2017 FLOAT X2 bicycle rear shock absorbers. The shock absorbers subject to this voluntary filing were shipped on or before September 9, 2016 and DO NOT have a “250 psi max” label directly under the air fill boss on the outer sleeve. FOX is currently working with the CPSC to determine the scope of the voluntary recall and other details, including the remedial plan. A more comprehensive notice issued by the CPSC should be forthcoming in the near future. Meanwhile, if you are a reseller and have the subject rear shock absorbers in stock, please stop selling them immediately.

FOX believes that this voluntary recall will not have any material adverse effect on its financial results or current financial guidance.