With 29″ DH bikes on the rise and more and more riders aboard 50 pound eBikes, there is a clear demand for stronger brakes. Galfer has gotten an early jump on that with a new 223mm rotor. Details to follow below… 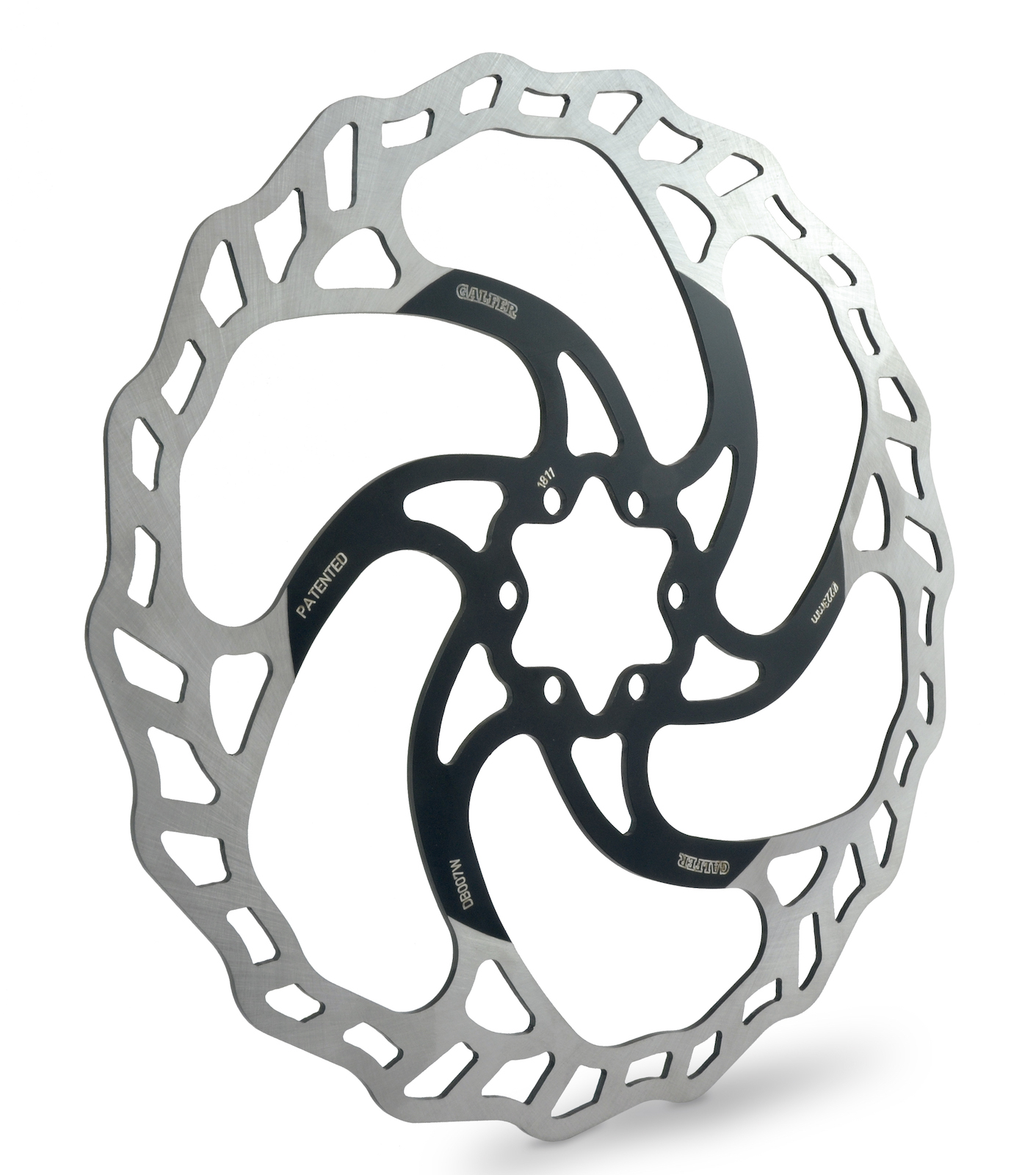 The new DB007W disc comes to improve most electric bikes braking issues with standard brakes, and to offer better refrigeration. Increasing the outer diameter and thickness allows the system to absorb the increased weight of an e-bike (10-15kg) as well as the increasing speed and inertia caused by the electric traction motor.
The new oversized disc used with GALFER BIKE semi-metallic brake pads improves the braking efficiency for the technological challenge posed by electric bicycles. 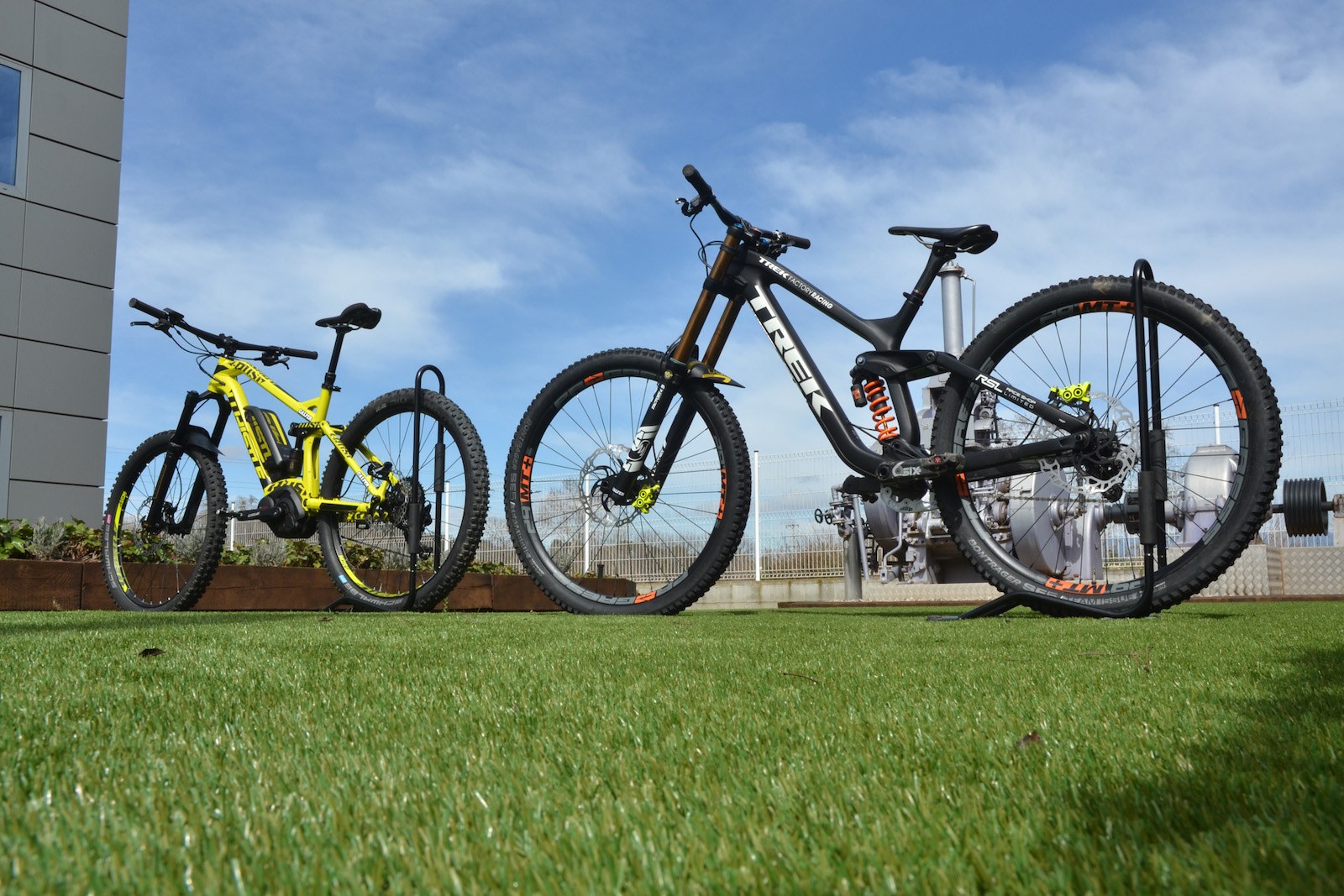 For DH bicycles, the new DB007W is designed for bikes with bigger wheels (29”), which reach greater speeds, as well as for use in steep circuits or with extreme heat. The disc can also be used in 27.5” and 26” wheels. For safety reasons GALFER BIKE only recommends using the new oversized 230mm discs on radial mounts (PM, Postmount) and not on axial mounts (IS, International Standard), and in frames capable of withstand the extra stress caused by these kind of oversized discs. 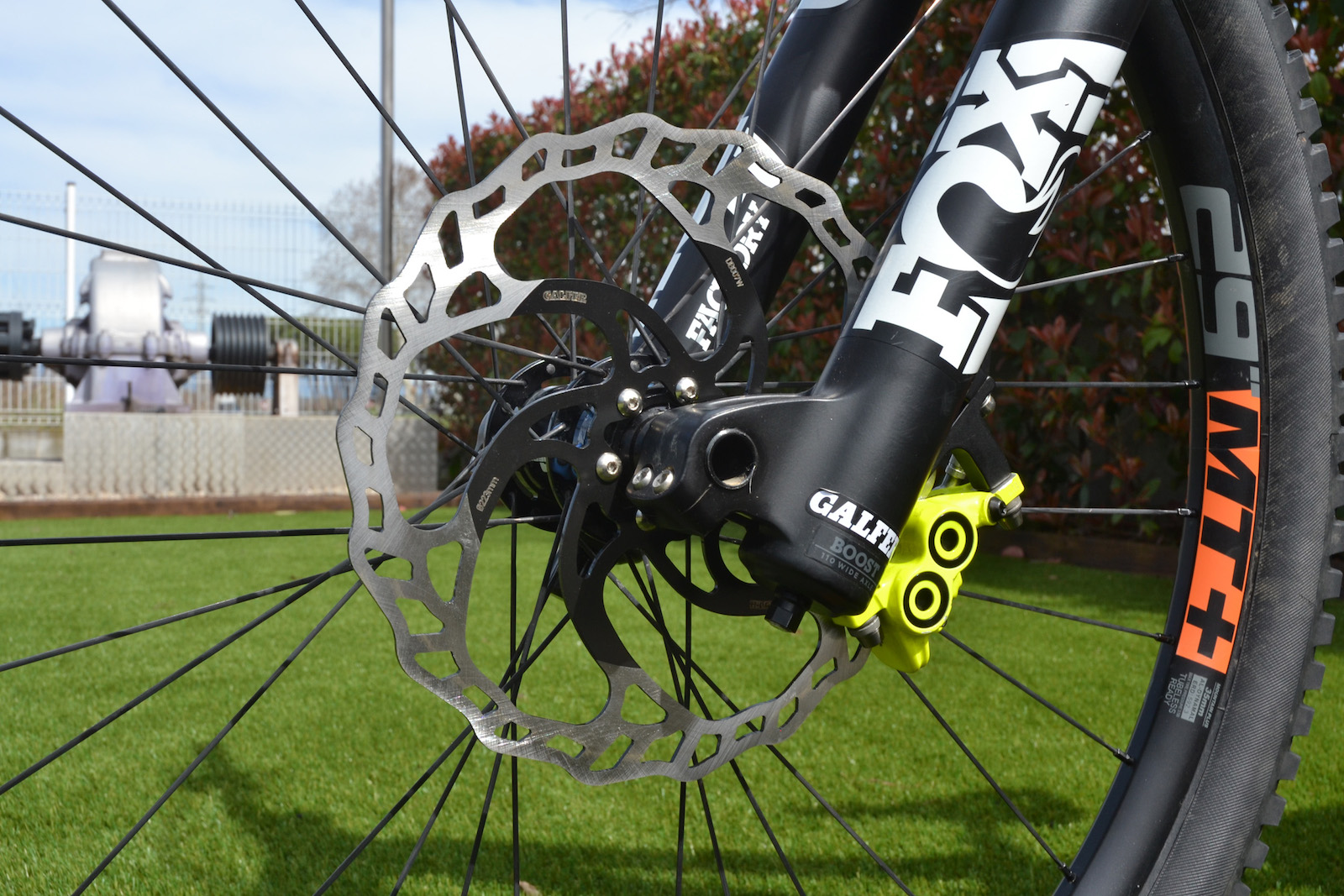 The new disc can be mounted in original sized forks and frames without 180mm or 203mm adapters by using the new SB001 and SB002 brackets that GALFER BIKE will shortly include in the catalogue. The new GALFER oversized brake discs have been submitted to intense lab testing, but also DH riders the likes of Mick Hannah (Polygon UR), Joan Vicente Mérida (Vilabike-Trek) or Iraitz Etxebarria (Scott) have also tested the discs in competition. GALFER BIKE is one of the first brake brands of the market to offer this disc size in their catalogue