Gee Atherton to race his 200th race as recorded by Roots & Rain!

Pictures: Sven Martin, Seb Frost and others as indicated.

Seb Frost, who provides both the brain and the brawn behind Roots & Rain was keen to point out that this won’t be Gee’s 200th race per se. In fact, it’s one of the first things he said to me. Gee almost certainly passed that milestone sometime in 2014. 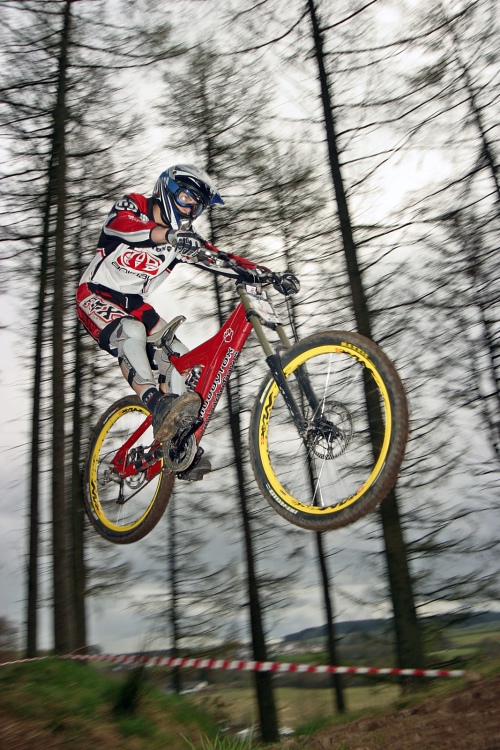 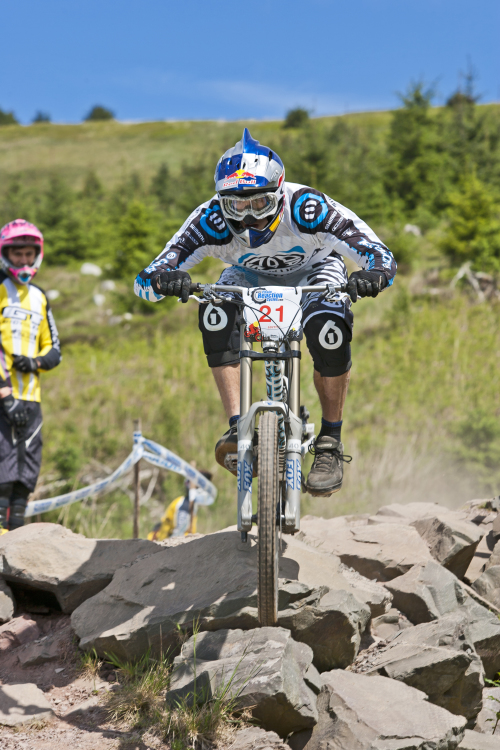 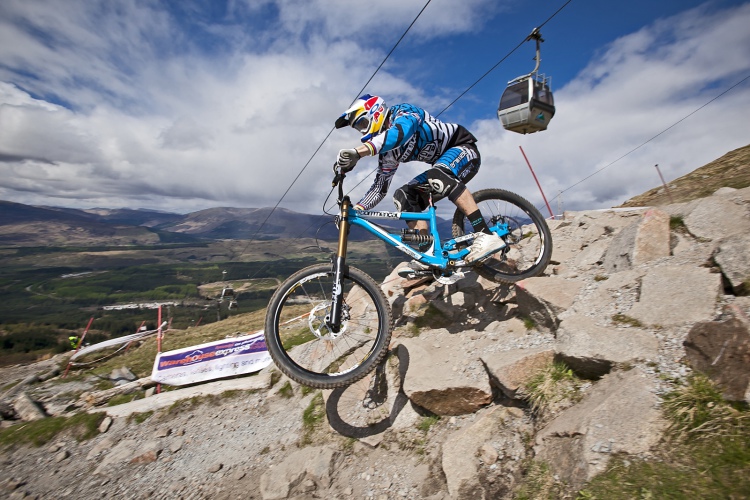 Seb doesn’t record much 4X. With typically no timing data available he had less interest in integrating the results. (Gee dabbled back in the day, racing 4X right up to 2010, notably scoring 2nd to Dan in a Fort William National in 2004). Seb admits that he may well have missed a handful of Gee’s youth races as well as “one-offs” like Red Bull Foxhunt.

But what the hell? Even for those of us who like their stats nice and literal it’s not like there is anything even approaching such an exhaustive picture of the sport. Since the site was launched in 2010 Seb has trawled back through the archives to establish as full a rider history as he can. It’s been a mission but he has Dragon Downhills back to 2000/2001, World Cups to 1997 and World Champs to 1992 (If anyone out there has the 1991 results from the first ever World Championships – Seb would love to hear from you!) 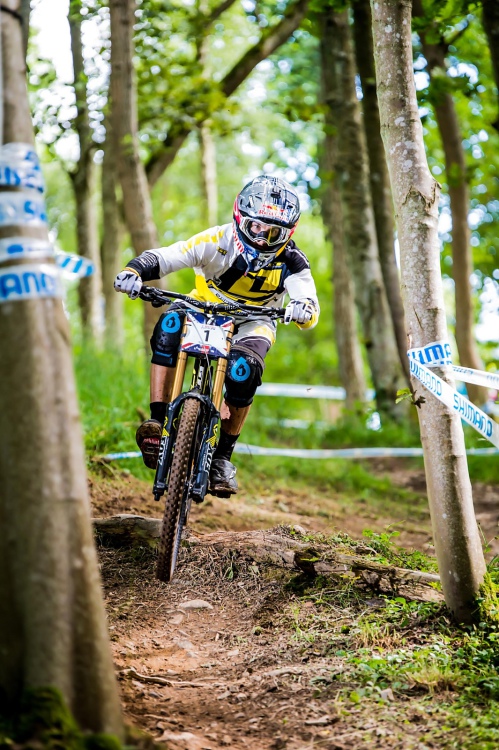 Gee laughed when I told him this would be his 200th official “Roots & Rain” race. “That’s awesome, I love Roots & Rain! It’s much more reliable than ever asking me what I did back at a race in 2008. How on earth can anyone find the time to collate all those results? Dan Brown’s on it, with photos of him coming 6th at Afan Enduro 2013, out of 123! Polish Pete’s on it back in 2005, I can’t believe no-one got a photo of that! 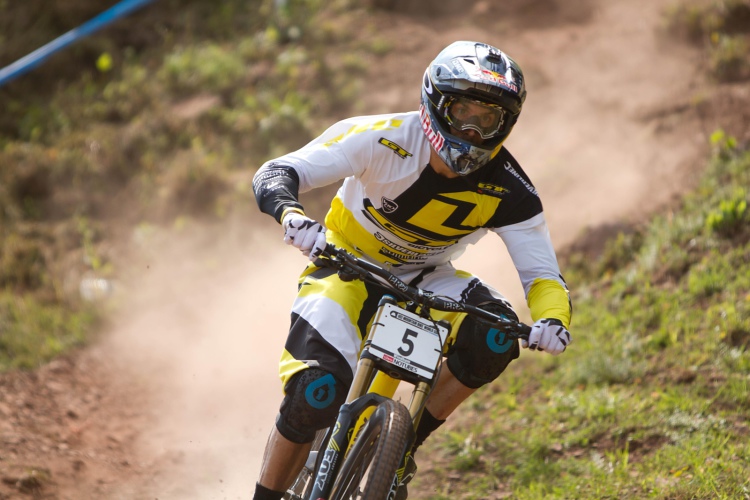 Well, I guess that depends how you’re inclined to interpret the statistics! The site shows only one other race for Gee in New Zealand; he rode the Nationals in Dunedin in 2011 but DNF. (Actually he gave himself a concussion in what both he and Pete Michaliszyn describe as the “worst weekend of my life”, so it’s probably best to focus on more recent form! 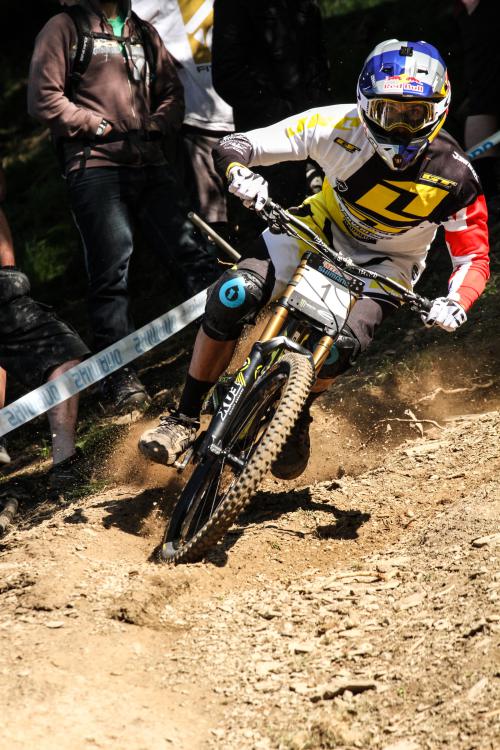 There are some good omens from European Crankworx events (Gee has won the Giant Polygon Air DH 3 times running, every year since its inception) but he points out that there may well be some differences on the track, this race is several continents away!

Gee said “I’ve had a great winter’s training and the bike feels fantastic but you can never tell – it would be awesome to win my 200th race on the site for sure, but it is just another race, no more or less than 198 or 257. Expect to see me riding hard at all of them!”

Some facts about Gee

Some facts about Roots & Rain

• The site scores 1 million page views per month originating all over the globe.

•There’s currently a dead-heat between Dave Smith and Harry Molloy for most “Roots & Rain Races”, with both sitting on 244.

If you’re new to Roots & Rain check out the site at www.rootsandrain.com, or why not submit your photos?

400 photographers have sold work through Roots and Rain in the last year. It’s completely free for photographers (or anyone stood trackside with a decent camera!) to sign up and upload, the site makes money by taking a small commission on anything that sells. 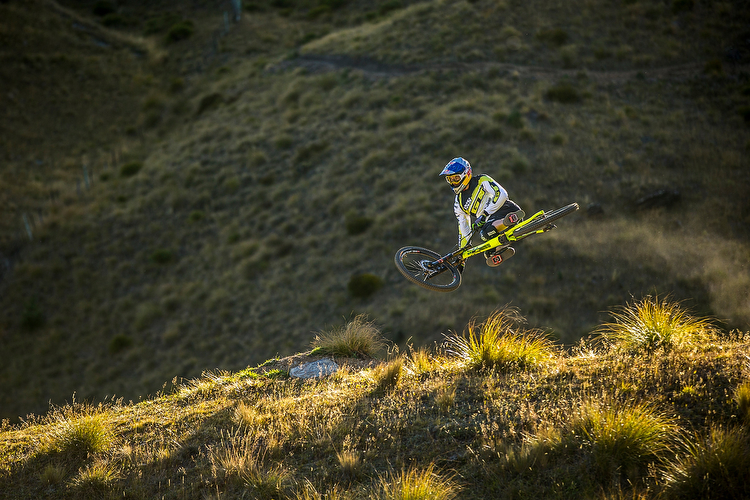