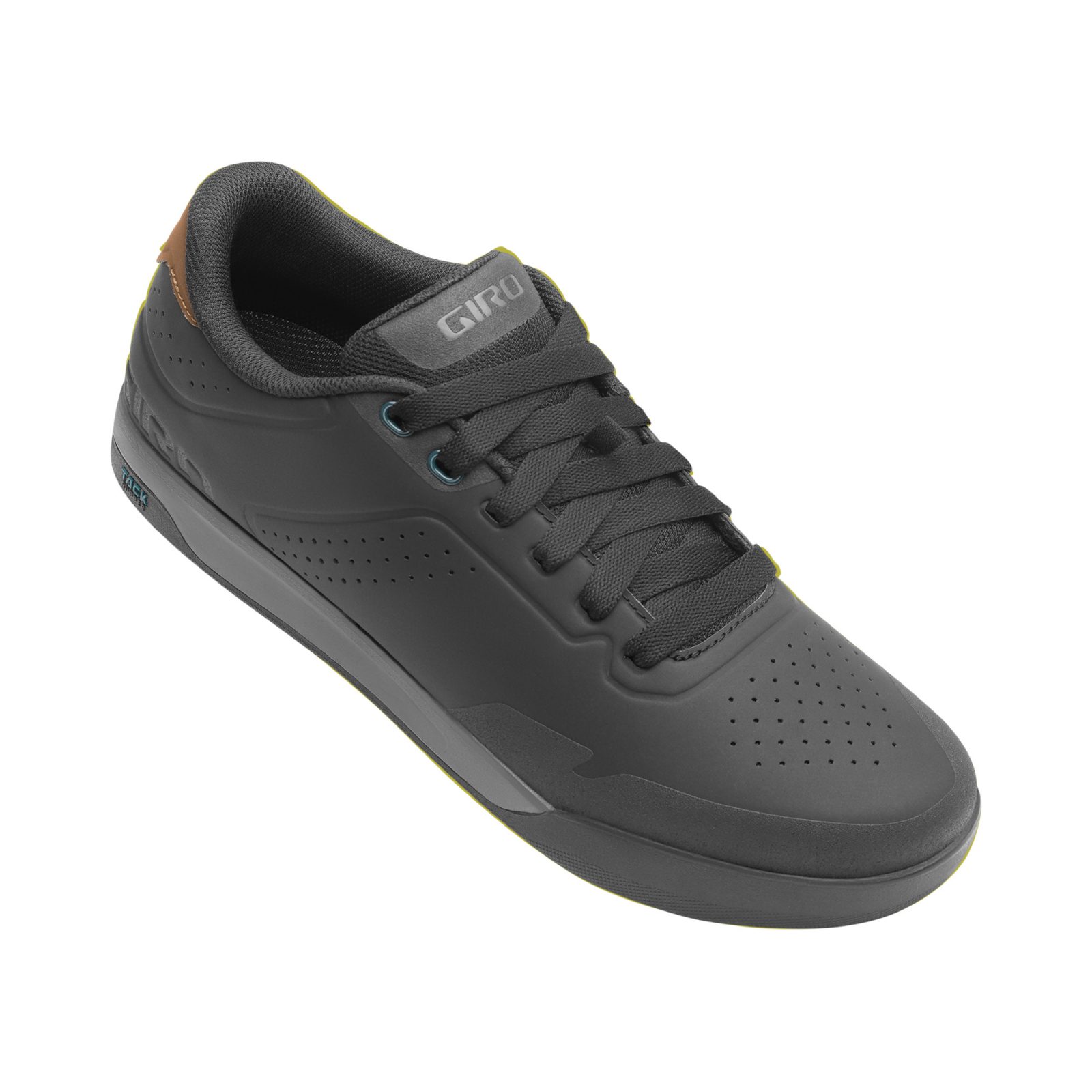 “Latch is a culmination of years of R&D to develop the absolute best flat pedal shoe on the market,” said Peter Curran, Giro Footwear Product Manager. “We wanted to make an all-mountain shoe that would absolutely excel on the descents, while still performing on the climbs and being comfortable enough for long days on the trail. With Latch, riders get a shoe that does just that while also being durable, lightweight, and breathable.” 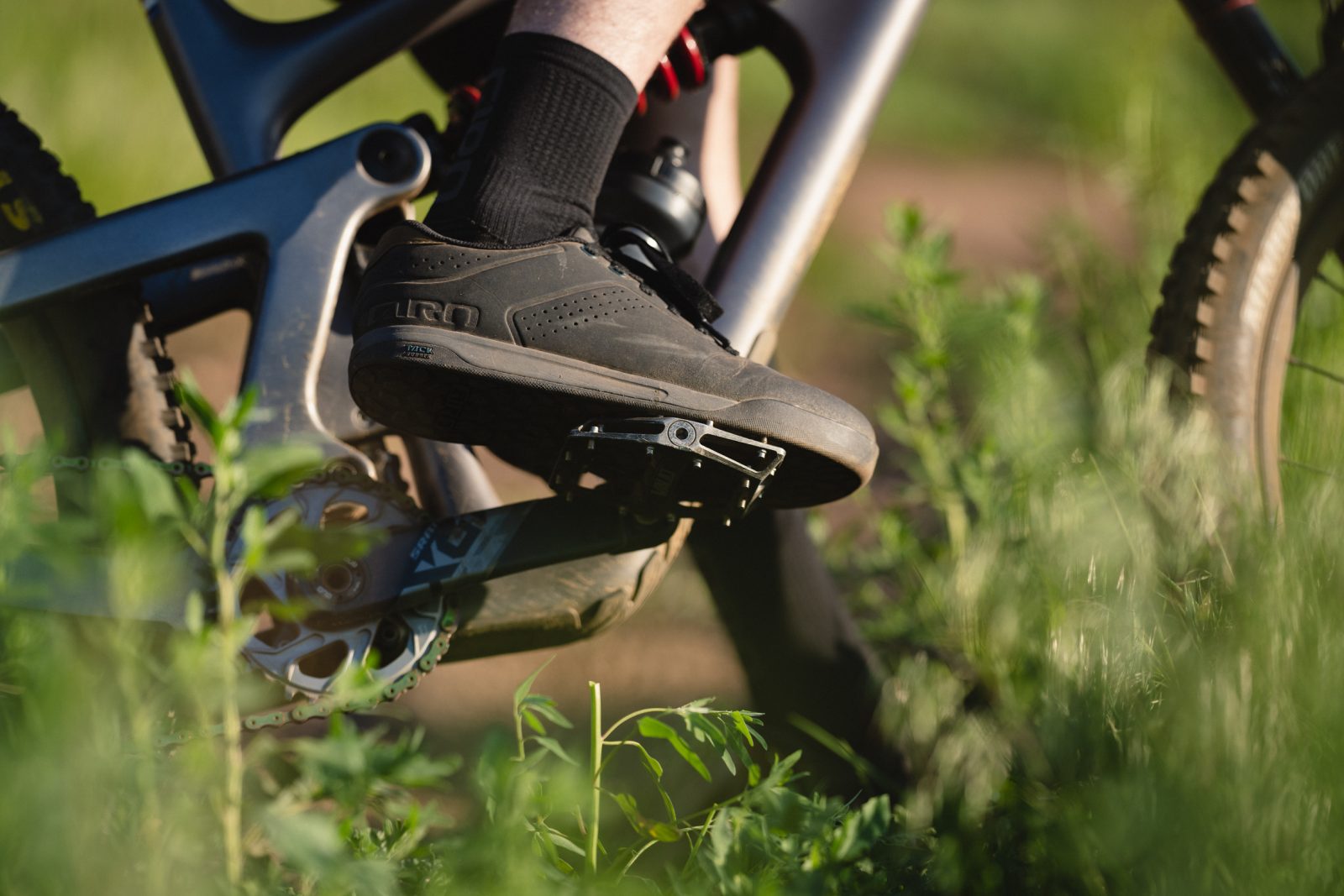 Mute™ Foam was developed directly with feedback from riders like Reed Boggs, Josh “Loose Dog” Lewis, and Graham Agassiz, who related a common experience of getting bounced off the pedals while riding rocky and rough trails. Just like mountain bike suspension’s primary job is to keep a rider’s wheels in contact with the ground and in control, Mute Foam performs a similar function between the foot and the pedal. Mute Foam’s slow rebound characteristics are in contrast to typical EVA foam, and provide a balance between structure and damping properties, ultimately serving to reduce bounce upon landing, improve foot to pedal contact, and provide riders with more stability and increased control. 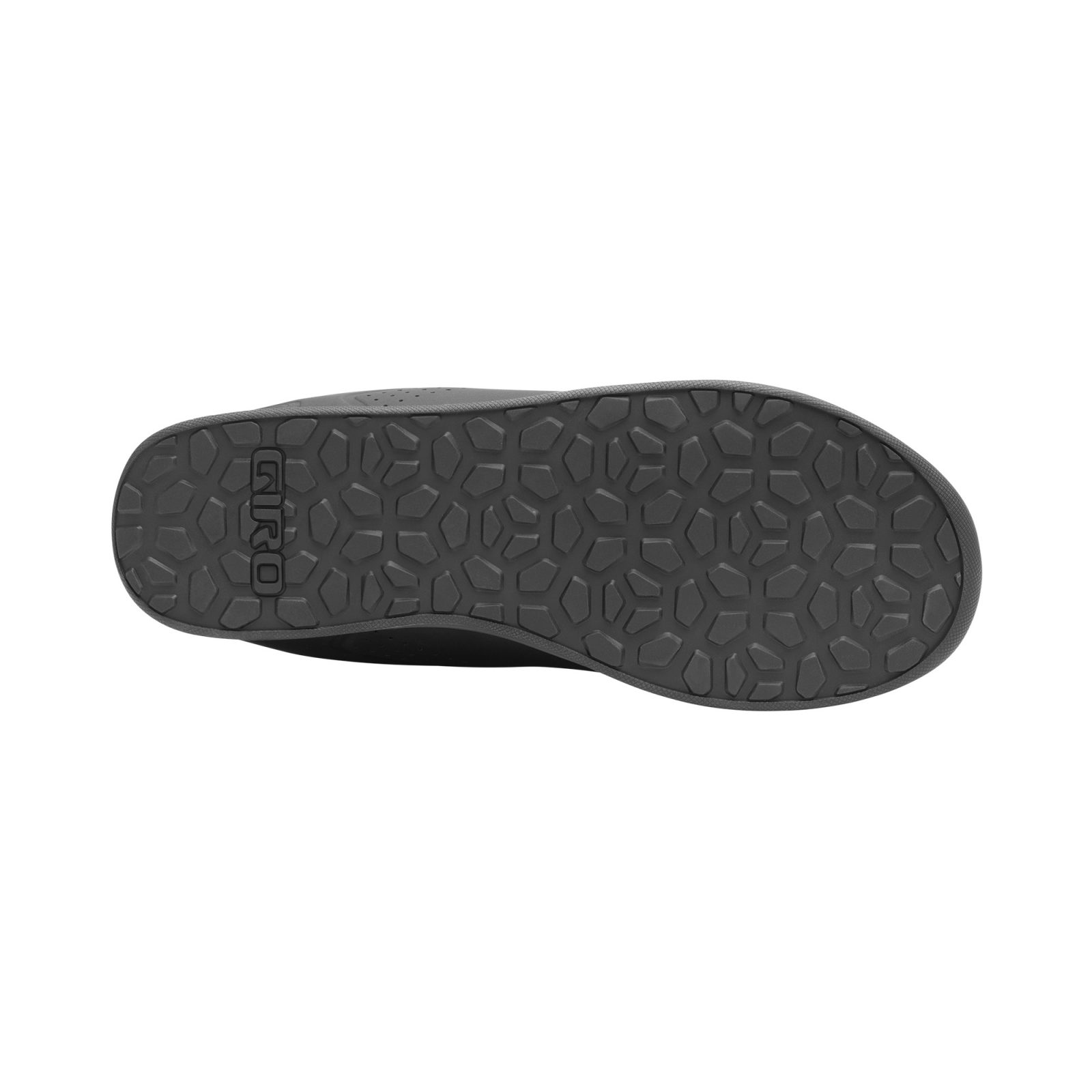 Tack Rubber™ delivers a sticky, yet durable outsole grip needed to hold onto the pedals in the roughest of terrain. Tack Rubber’s highly elastic characteristics enable the sole to contour slightly to the pedal on a downstroke and while descending. And with Giro’s Gamma tread pattern on the outer sole, the increased negative space between the tread lugs allow pedal pins to easily nestle while the chamfered and sloped edges of the lugs prevent the pins from getting hooked up. 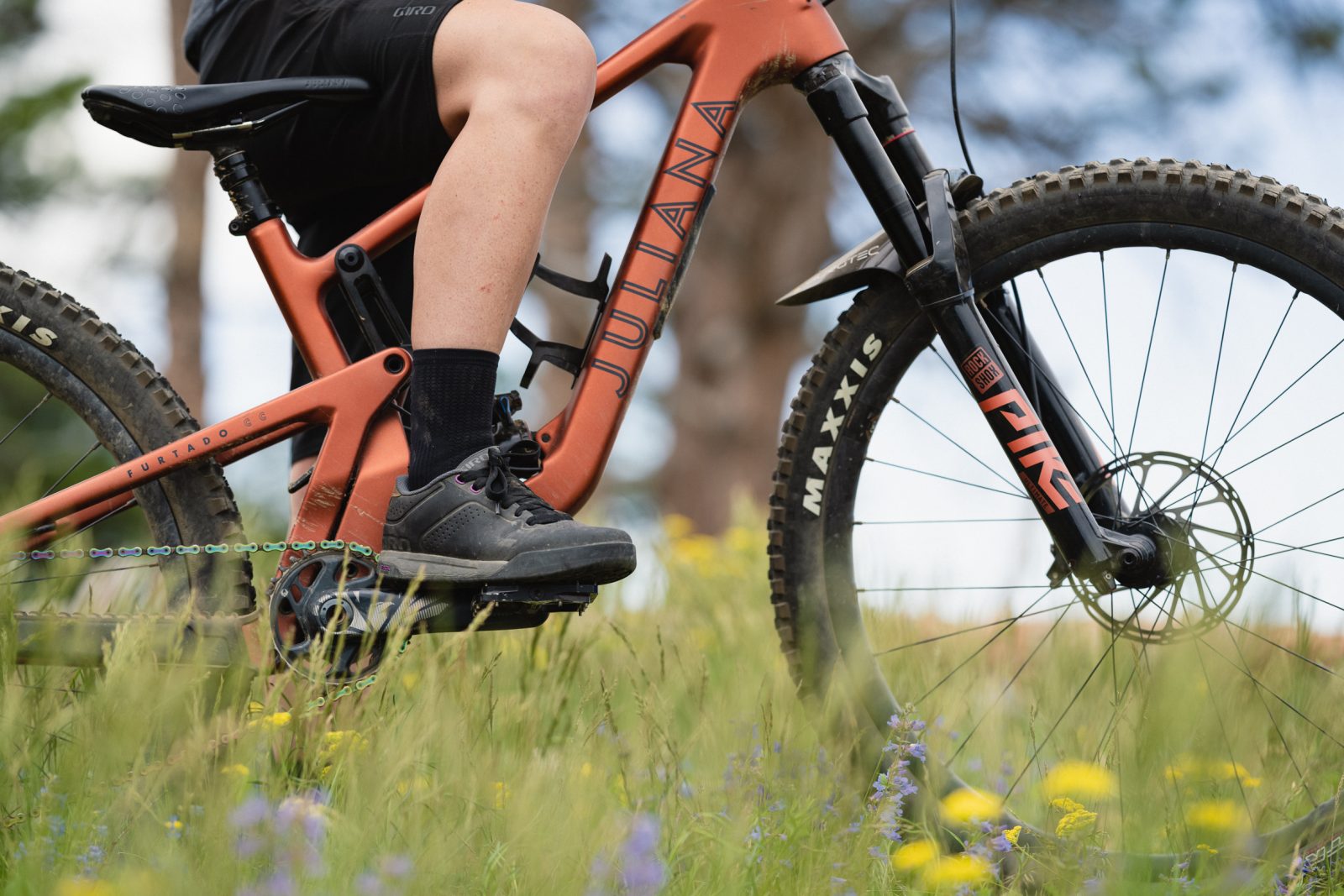 In reengineering the footlasts across the flat pedal shoes in Giro’s lineup, Latch also lowers the rider’s foot to the pedal, which ultimately results in greater rider control. In Latch, Giro also reduced the toespring in the forefoot, improving the linear profile of the shoe to match that of the pedals. A wider toe box in the Latch also allows for the forefoot and toes to splay out for greater comfort and control. The shoe is also, on average, 100g lighter than previous models with the men’s 43 weighing in at 334g and women’s 39 weighing in at 300g. 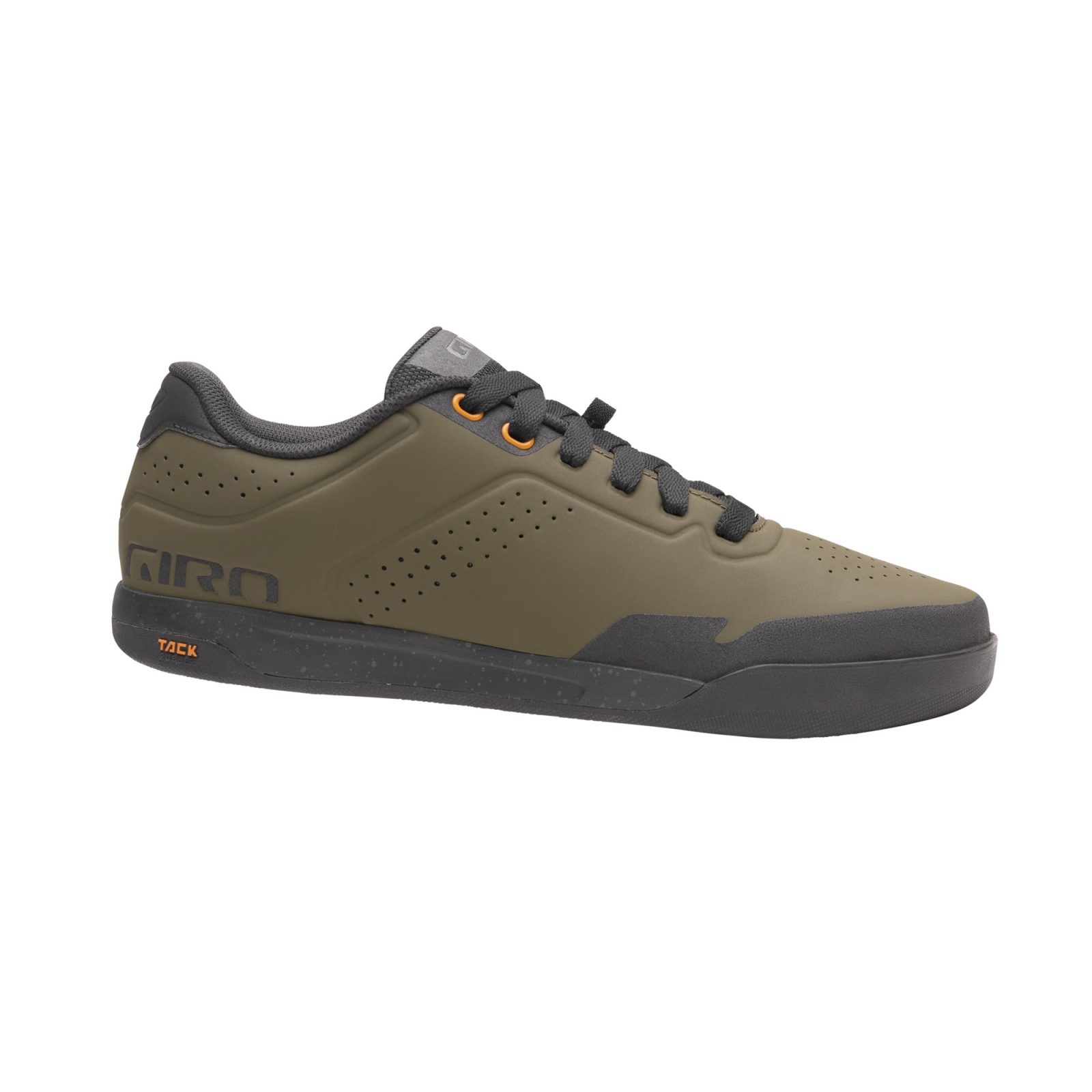