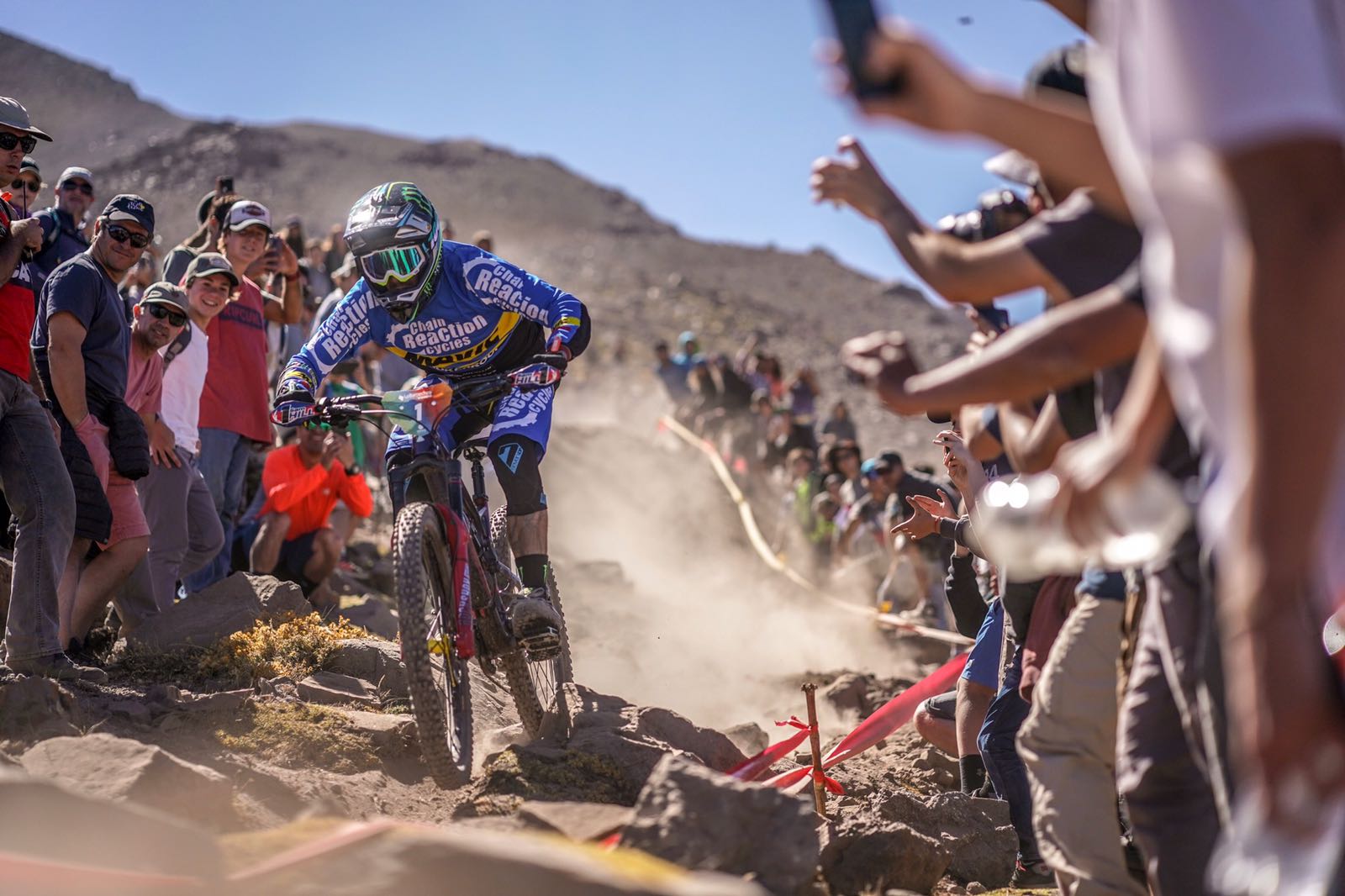 The Lo Barnechea Montenbaik Enduro offered up one of the most exciting season starts to date, as the infamous Chilean anti-grip waged a war of attrition on body, bike and morale. Reaching altitudes of 3500m, the loose, dusty trails caught out even the most calculated of riders, with one of the highest mechanical failure rates in recent memory. 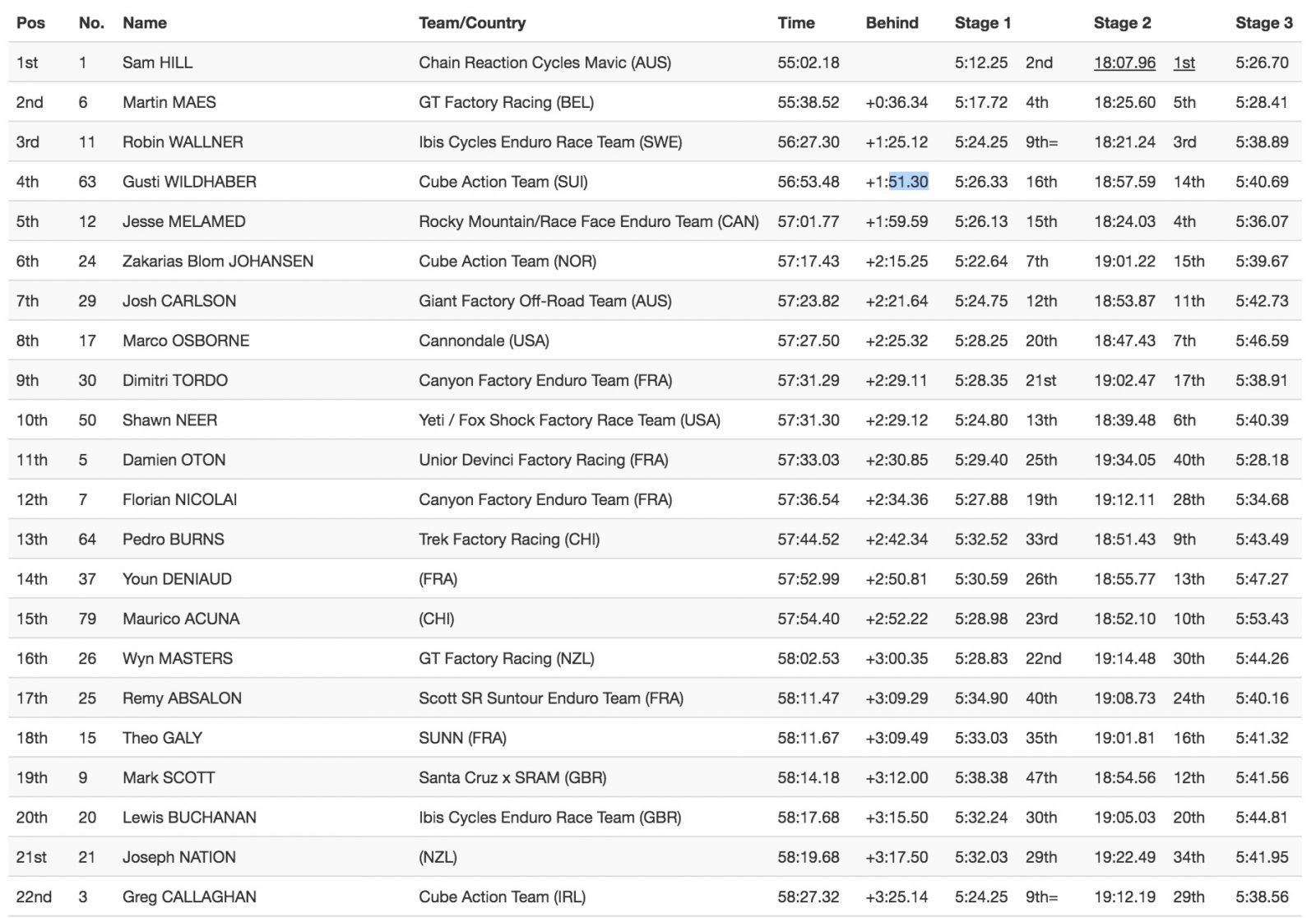 However, there was one man who defied the odds and kept everything together to put together two perfect days of racing. The inimitable Sam Hill (Chain Reaction Cycles Mavic) remained unfazed by the conditions, never finishing outside the top two to win the race in convincing style. In stark contrast Richie Rude (Yeti/Fox Shox Factory Racing) won two stages on day one, but a puncture on stage two cost him dear, relegating him to 53rd place.

In the women’s race Cecile Ravanel (Commencal Vallnord Enduro Racing Team) proved her dominance as despite a puncture on stage four, she still finished the race with a commanding 47 second lead over second placed Isabeau Courdurier (Intense Mavic Collective). Katy Winton (Trek Factory Racing) shook off a mechanical on day one to find herself back on the podium in third place.

A special mention should also go to Bex Baraona who scored her best ever result with fourth on her debut outing for Ibis Cycles Enduro Race Team. Anita Gehrig (Norco Twins Racing) was forced to withdraw from the race for the first time in her EWS career after she sustained a hand injury, but sister Caro still flew the team flag with a fifth place finish.

Duncan Nason (Yeti/Fox Shox Factory Racing) topped the U21 Men podium, whilst Great Britain’s Ella Conolly took her second EWS win in the U21 Women. In the Masters category Karim Amour (Miranda Racing Team) once more topped the podium, whilst it was New Zealand’s Melissa Newell who won in the women’s race.