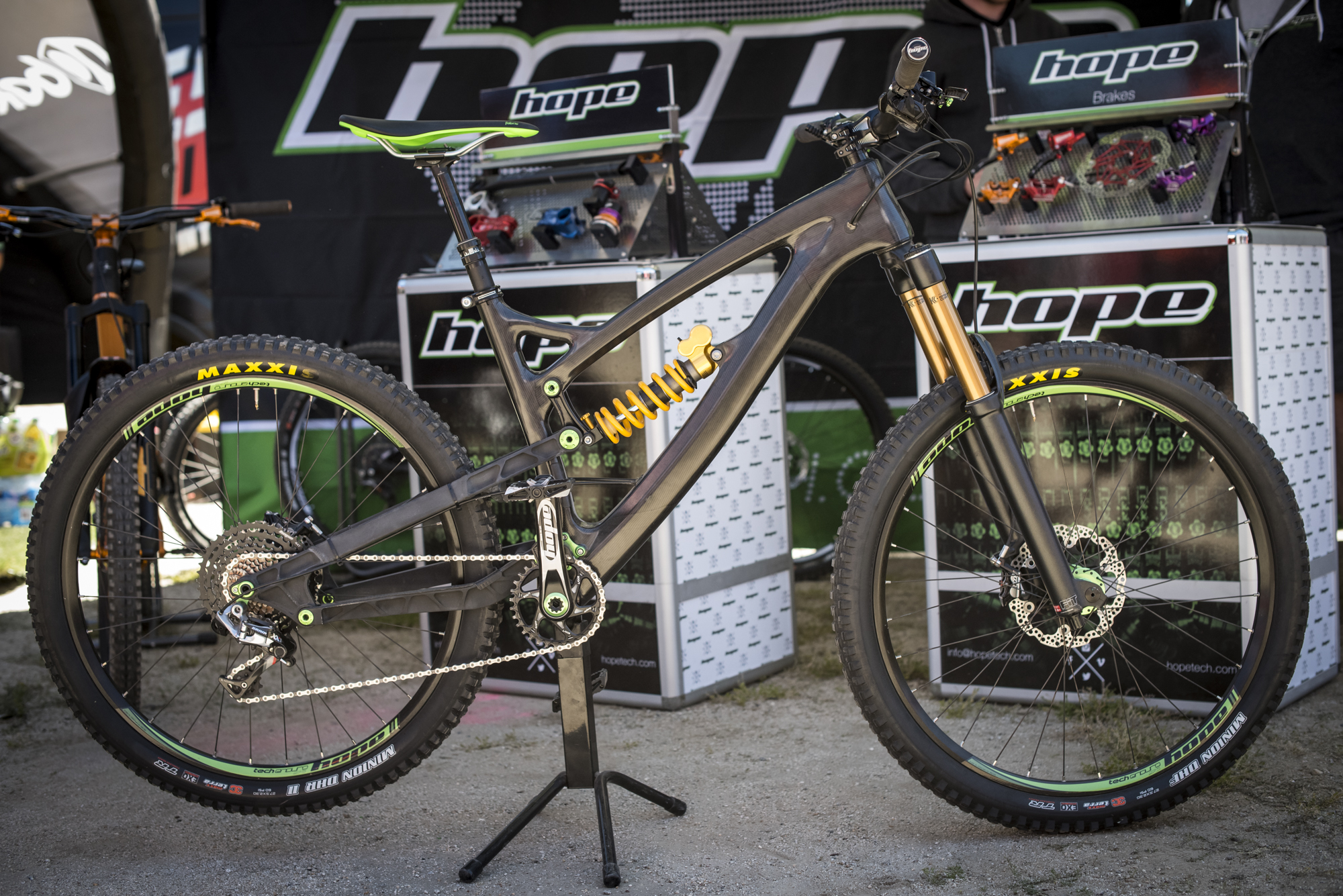 [Press release] So why make a bike? This has been a dream of Simon and Ian, Hopes co-founders and owners for many years. It’s never been about the idea of becoming a bike brand, but rather just to have the satisfaction of producing a complete bike.  Initial ideas were for a welded steel frame, but as technology moved on over the years, so their ideas moved to carbon.

There’s a wealth of knowledge around carbon fibre in the UK, with the majority of the current F1 teams being based here as well as a thriving aerospace industry. This gives us access to some of the worlds most talented carbon fibre engineers, right on our doorstep. The challenge was taking their skill at producing batches of two components, and scaling it up to production quantities.

Since our existing products are manufactured using the processes most companies only use to produce their first prototypes ie CNC machined rather than cast or precision forged, it’s not been an unusual experience for us. 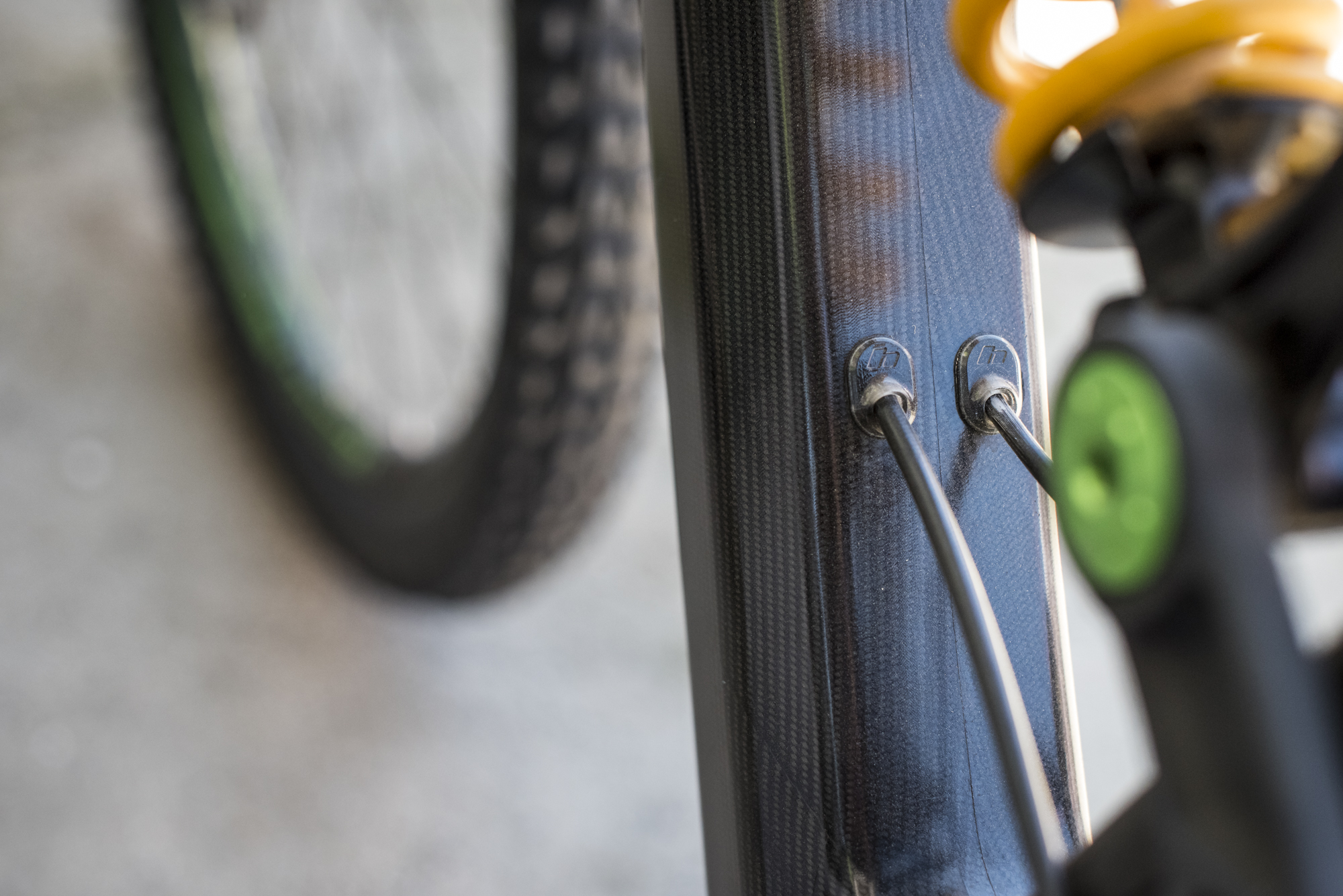 Mould production has been one of the easiest processes since these are made on CNC machines and we already have a few of these. 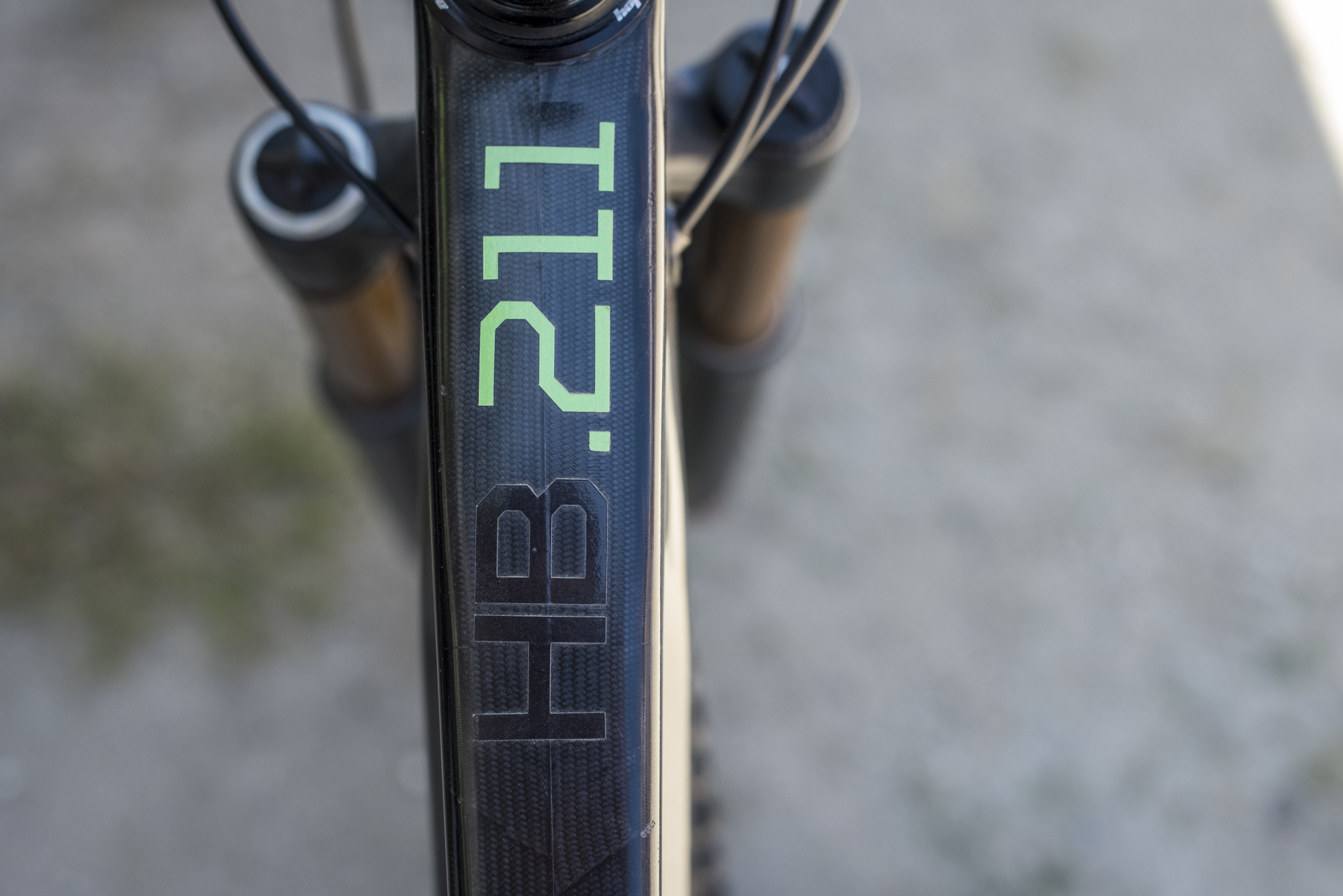 Cutting and laying up the carbon sheet is quite a labour intensive process, but keeping production on site in Barnoldswick gives us total confidence in the quality of parts we can produce.

In the past there have been reservations internally about the safety of manufacturing in carbon fibre and although carbon fibre production is a new process to us, with the correct controls and working practices put in place, it can be made an extremely safe process. Also by manufacturing in our own factory in the UK to strict health and safety regulations, we can ensure a safe working environment for our staff, which is more than can be said for some companies who have parts produced in anonymous factories around the world.

Although we didn’t really want to create new standards on this project we felt it was important as we have seen compromises bike manufacturers have made when designing frames and also the restrictions on component manufacturers to conform to standards. Very few companies have previously been able to combine the needs of the frame and component designer into one project. With this unique opportunity, we set about creating the perfect bike – without compromise. 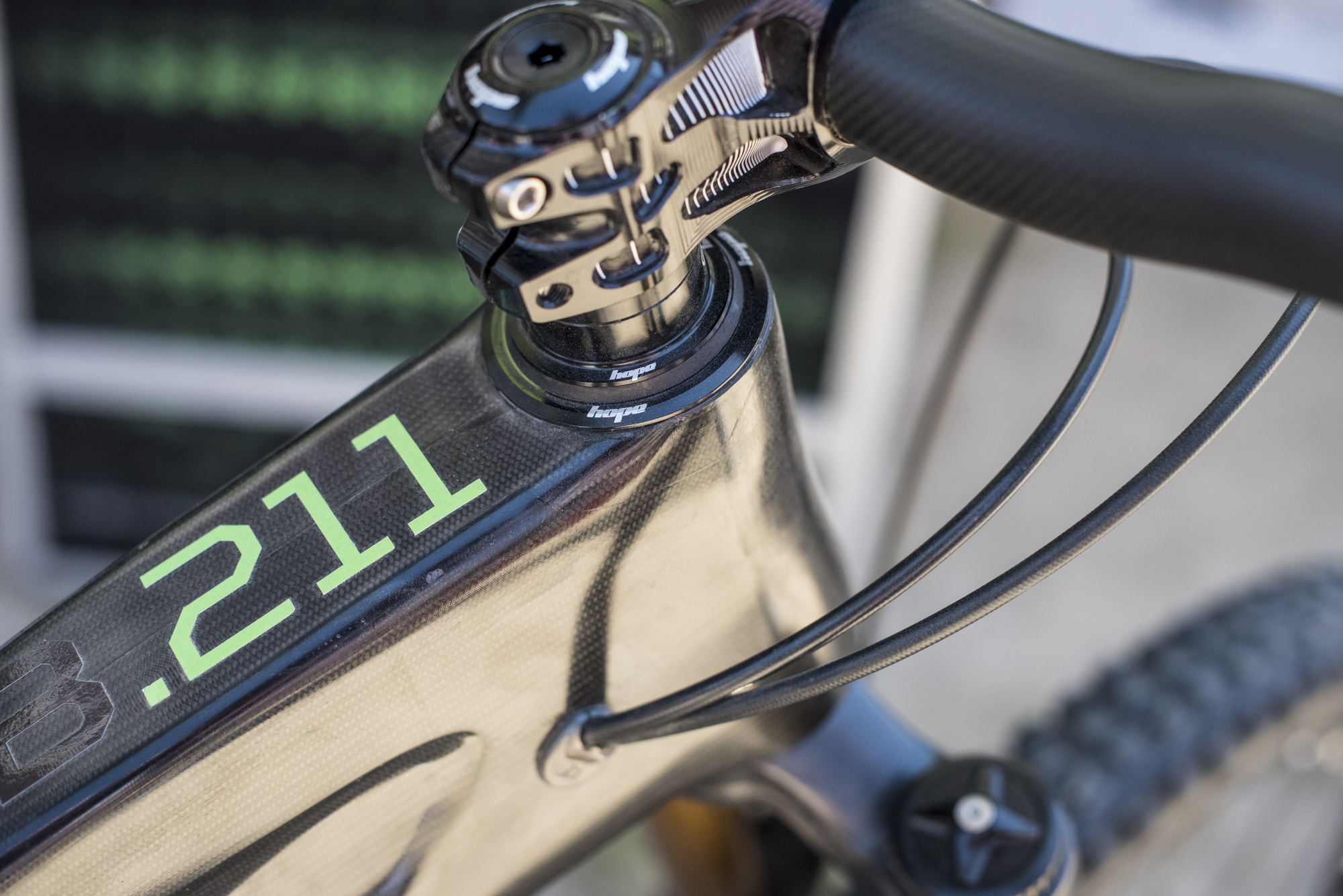 Our bike designs have gone through a big evolution over the years, changing as our current bike requirements have changed. We started back in 2005 with a downhill bike, but this design progressed though many different disciplines and have finally settled on our current ride – 160mm travel All Mountain/Trail/Enduro style bike. 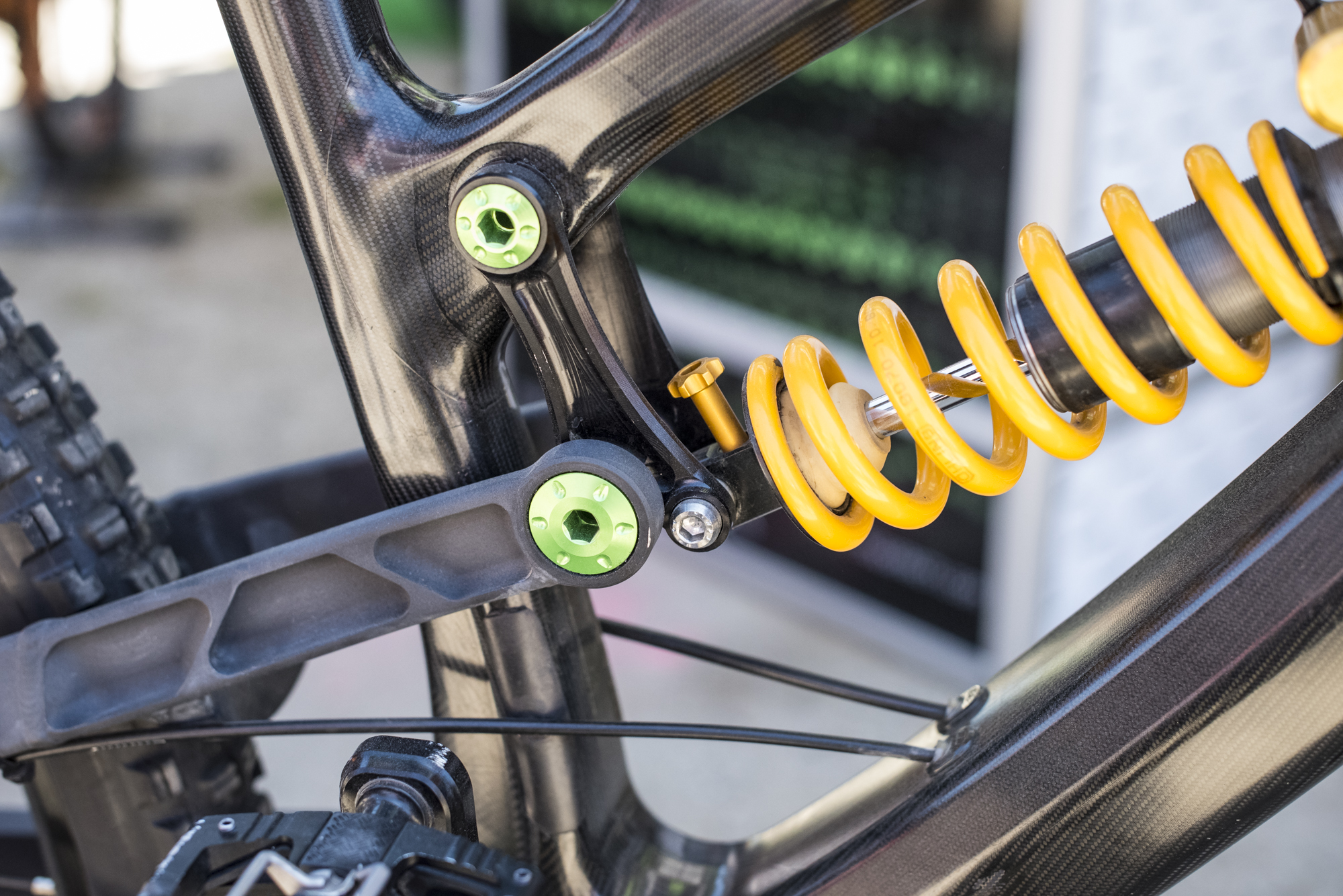 This bike uses very few current standards since it has been developed as a design concept rather than a product design exercise. Maybe not the best solution for compatibility, but when you make every part, it gives you the opportunity manufacture a bike without compromise.

We produced a specifically spaced rear end to achieve a dishless wheel build. We moved the drive-side chainstay out and increased the chainline to give more clearance around the bottom bracket (this was pre boost, but realistically has achieved the same thing). Additionally we brought the non-driveside chainstay in to create a narrower rear end and brought the rotor/caliper as close as possible to the spokes. 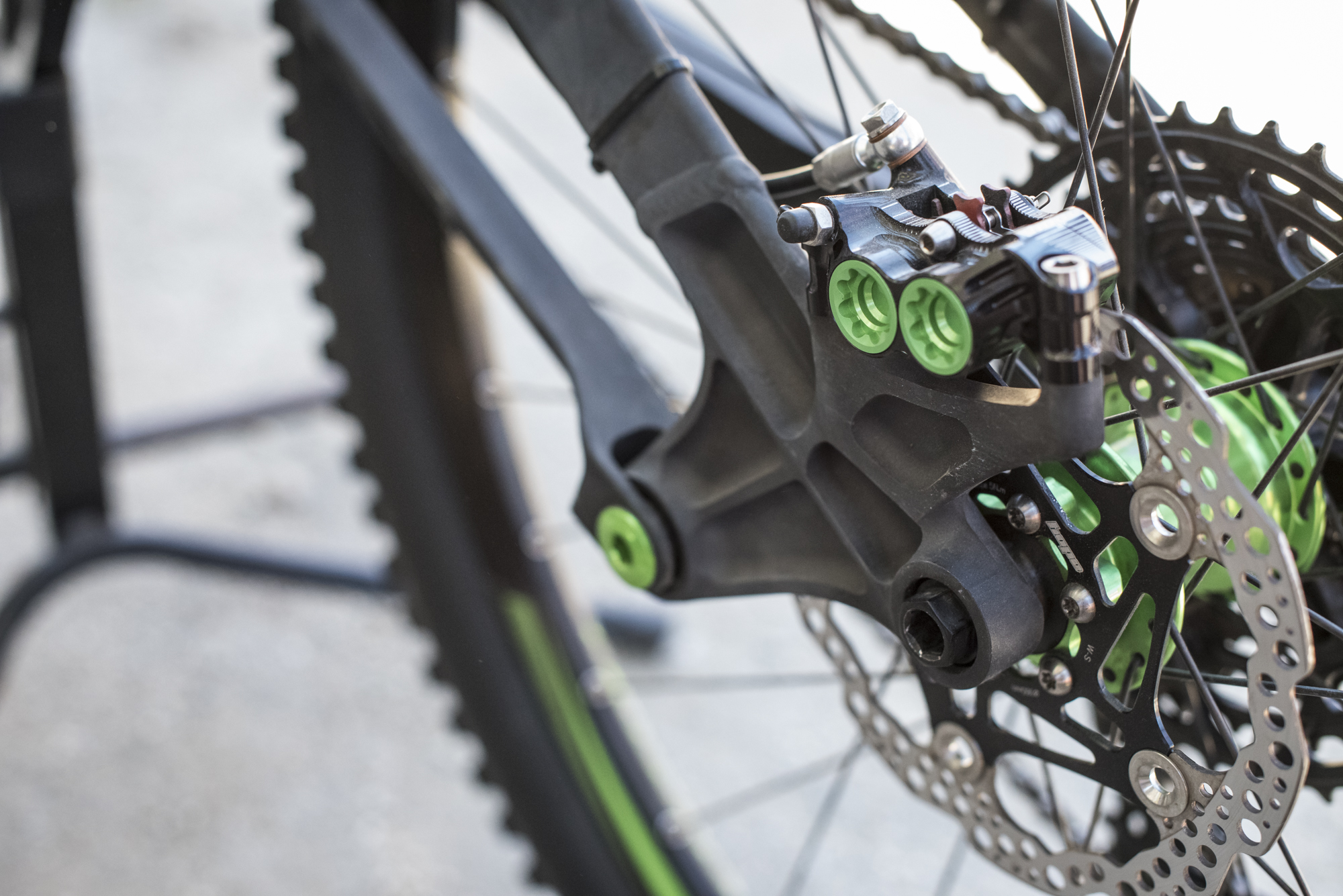 The hub is fitted with a 17mm axle and 25mm location for maximum stiffness.

Designed around 30mm as standard so no compromise. Since one designer worked on the frame, bottom bracket and the cranks a perfect solution was found to give long bearing life as well as frame/pivot stiffness. 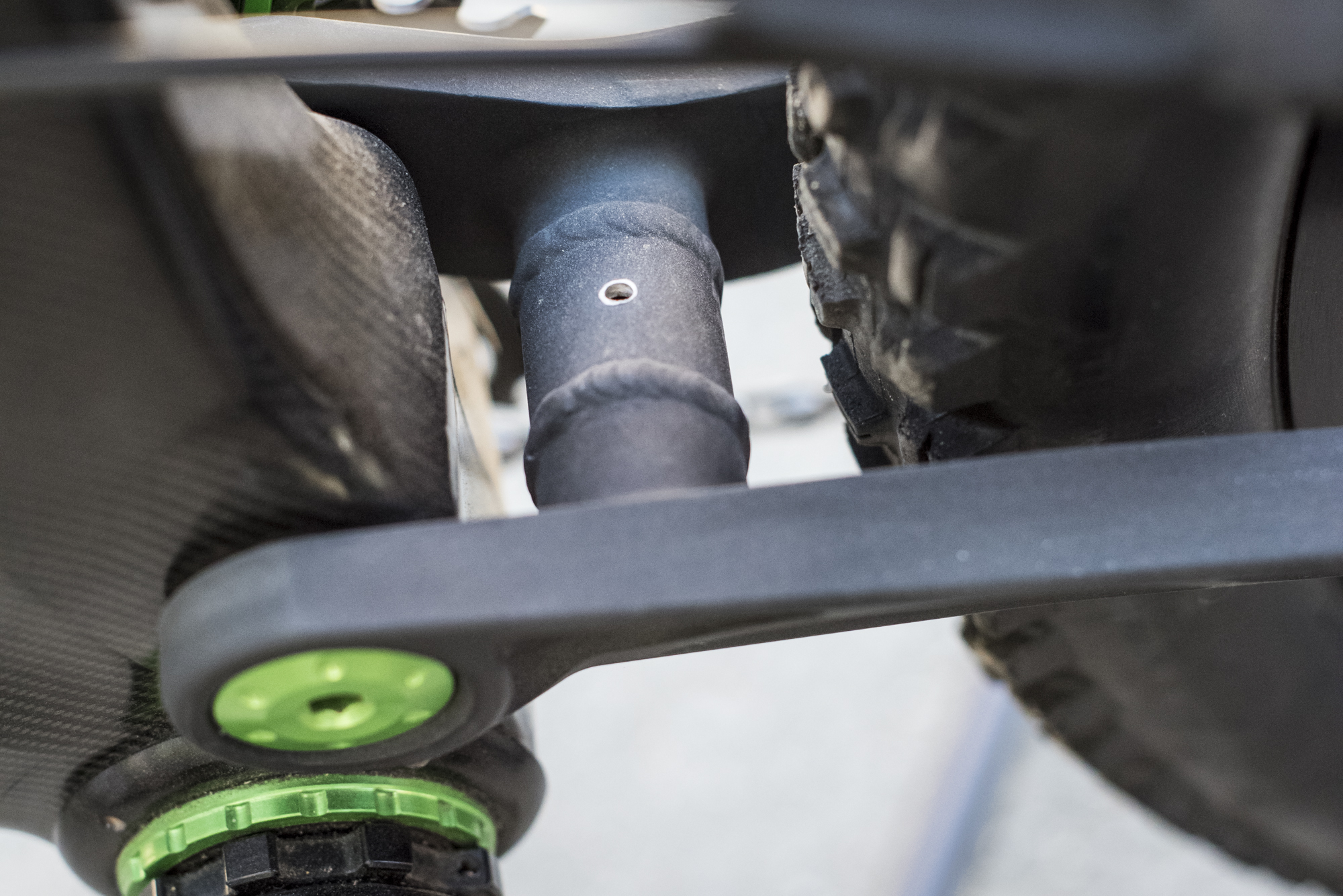