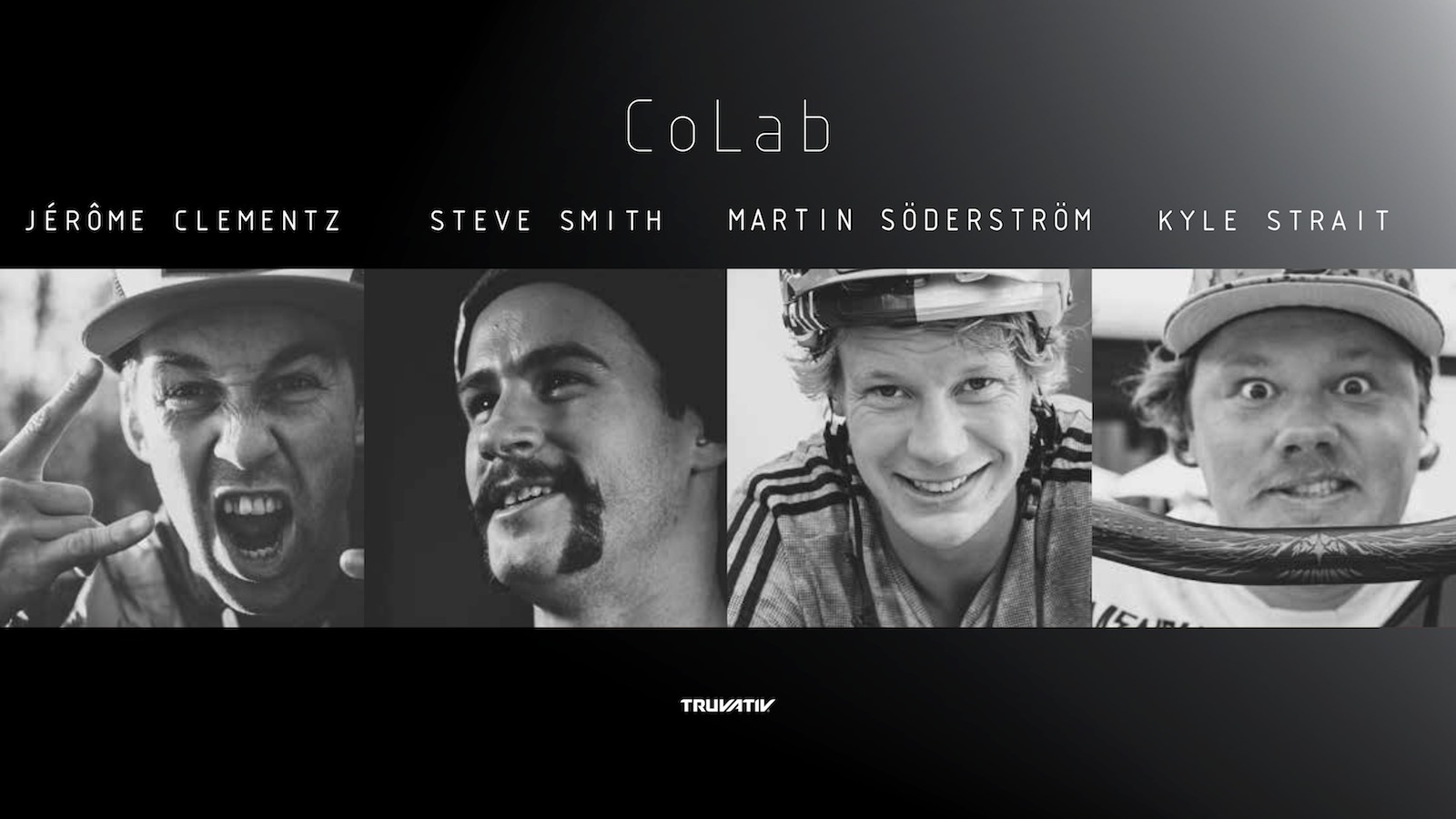 Freshly after first being shown off at Crankworx, SRAM is giving us all of the details on their new series of handlebars.  With collaborations from Kyle Strait, Jérôme Clementz, Martin Söderström and the late Stevie Smith, they’re paying homage to some of their most talented athletes with new graphics and some new bars altogether.

An important point that shouldn’t be overlooked is that all proceeds from the sale of the Steve Smith bar will go to the Stevie Smith Legacy Foundation.  That’s reason enough to buy one…

It takes a lot of strength, leverage and confidence to move that much man carcass and bike, so Kyle’s bars are 808 millimeters wide. And to make sure you don’t forget his nationality, he chose a big ol’ eagle to decorate them.

Jey’s inner need to thread tight and technical trails at high speed caused him to chose narrower-width bars, relatively speaking. And to make sure everything ties together, JC’s logo is bright Cannondale green.

Martin lets his style on the bike do the talking for him, and his bar design is clean, with a reminder of his country’s colors and the dates and locations of his biggest crashes.

The Descendant Steve Smith bar commemorates the brilliant riding style of Canada’s greatest downhill racer, with go-forbroke style and a nod to the red of the Canadian flag.

All proceeds from the sale of the Steve Smith bar will go to the Stevie Smith Legacy Foundation.