What a contest in Munich! The wind tested the patience of the spectators and Nicholi Rogatkin (USA) rewarded them by testing the laws of physics once again! The world’s best slopestyle athletes competed in Munich at Swatch Prime Line at MASH today in front of 20,000 spectators in the Olympic Park. In the historic setting it was a nonetheless historic day for the 20-year-old American, who won his first ever FMB Diamond Series Event at Swatch Prime Line. 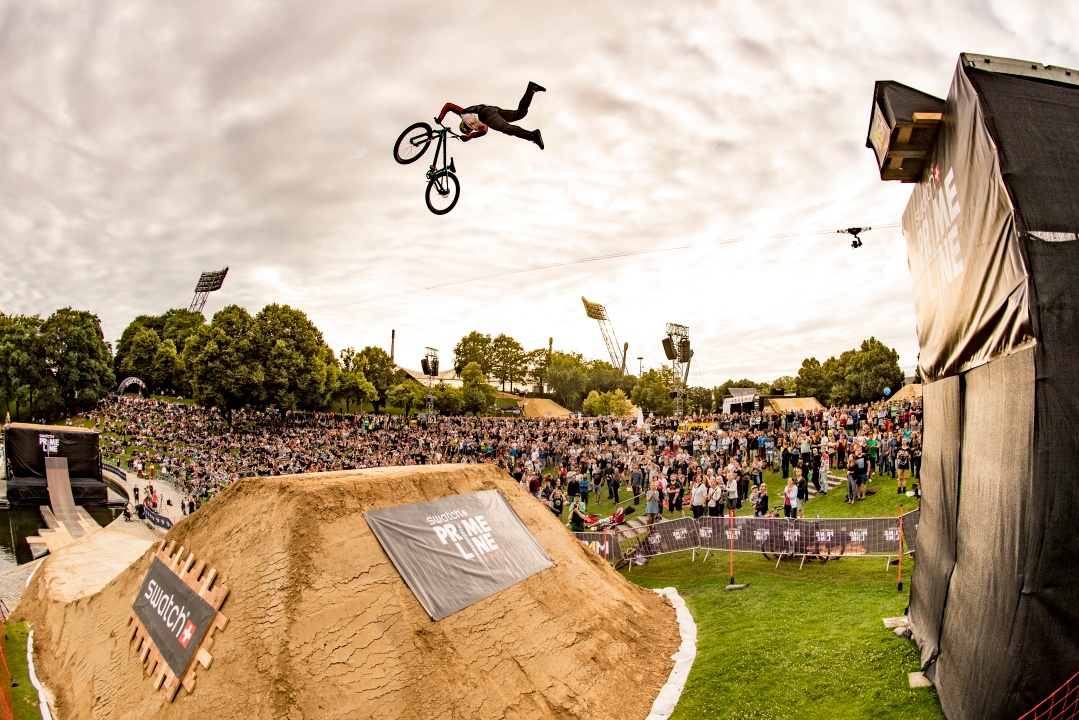 Rogatkin soared through the air off the last kicker after already knowing that his win was sealed, and showed his “Twister”, before celebrating his success with the ecstatic crowd – even though he could not land the trick. An impressive Max Fredriksson (SWE) and Logan Peat (CAN), who battled back pains since Friday, completed the podium. With his win in Munich this weekend, Rogatkin extends his lead in the FMB Diamond Series. Even more so, due to the fact that last year’s one-two Brett Rheeder (CAN) and Thomas Genon (BEL) each had an unlucky contest. The Swatch Fan Award went to Nico Scholze (GER), for making the crowd get the loudest during his run.

Returning for the third year after 2014 and 2015, Swatch Prime Line was once again a pivotal part of the MASH festival in Munich. The course builders put in all the work in the week before the contest shaping massive jumps and building breathtaking drops for the riders to send their tricks on in style. After great weather on Friday, rainy weather on Saturday led to the event being postponed until Sunday. Thousands of fans streamed to the course for the final and celebrated the world’s best FMB slopestyle athletes during their two decisive runs. After having to wait patiently for the wind to die down, the athletes rewarded all the fans with a world-class show. 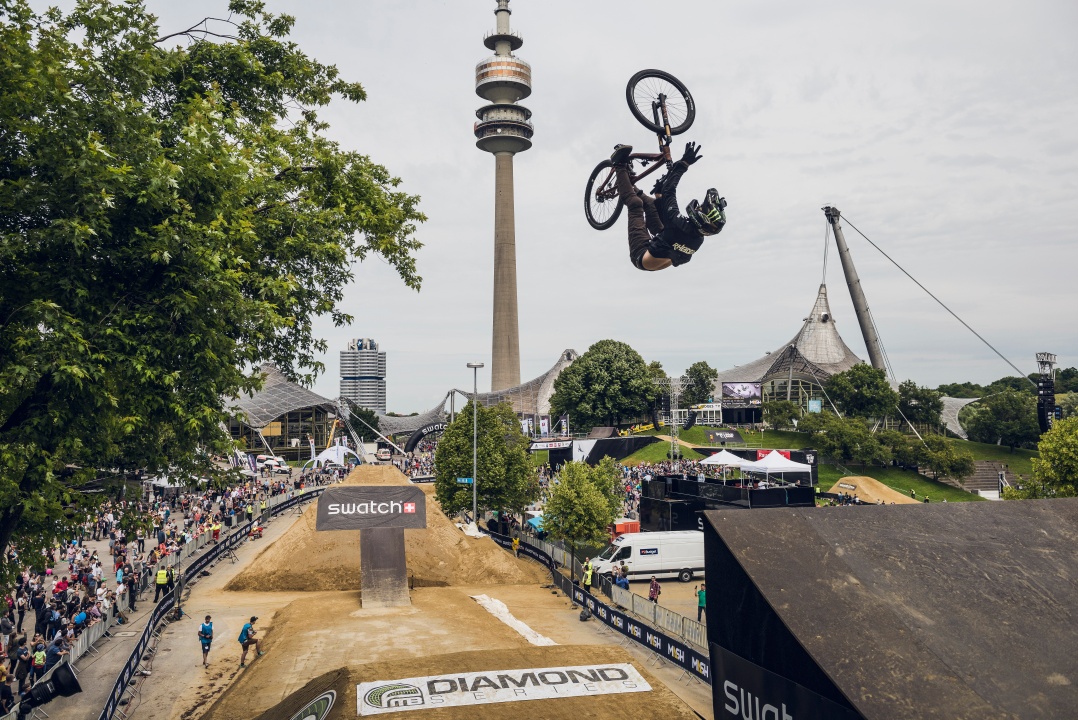 The qualifying on Friday saw a head-to-head battle between Brett Rheeder and Thomas Genon in the making. However both of them, who came in first and second at Swatch Prime Line last year had off days, crashing in each of their two runs. The story of this year’s stellar event in Munich was going to be written by other names. All best top 3 attempts came in the first run: Logan Peat took first place off Mehdi Gani (FRA) thanks to scoring a solid 88.00 in his first run of the evening. He couldn’t settle there for long though.

Max Fredriksson topped the Canadian with a huge run (89.25) cementing his position not only as a favorite for the win today, but also as a contender to be reckoned with for the Diamond Series Title. There was however one rider, who took all the glory back: Nicholi Rogatkin. The trick-machine from Lincoln, USA, followed Fredriksson into the course and snatched away the FMB Diamond Series win from the Swede thanks to a sensational run, scoring 93.00. The winning ingredients were as follows: Foot plant 360, tail whip, tuck no hander, triple tail whip, double tail whip, back flip, cash roll, front flip, double tail whip, cork 720. No one was able to best Nicholi Rogatkin: “I am feeling incredible. We waited for the wind for ages, but these people wanted to put on the show and we did. I am stoked, that I could pull off my run and come out on top. We love the people here. They give us so much support.” 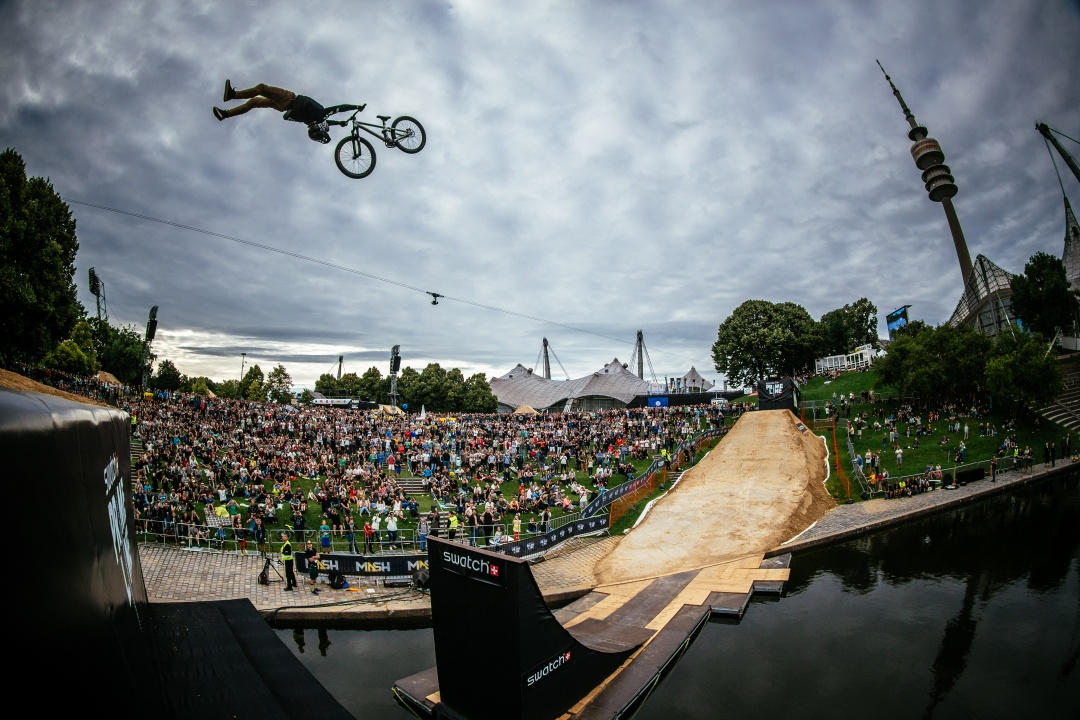 As mentioned the Swatch Fan Award went to Nico Scholze, the only German in the final. He made the crowd go absolutely mental with his second run of the day. Engulfed by his friends, cheering with him after he sent an insane tsunami-backflip with a “Kiss of Death”, may have been one of the greatest scenes of the day. „This is totally unreal! The course was huge and I was a bit scared of the ramps at first. But after sending it a couple of times I felt comfortable. I’m so stoked, that I was able to land a huge second run and win the Swatch Fan Award in front of a home crowd and all my friends”, said an overjoyed Nico Scholze after the contest. His sixth place, the fifth place of the only 17-year-old Emil Johansson and Drew Bezanson’s eighth rank also shows how successful the wildcard qualifiers were on this Swatch Prime Line Sunday at MASH. 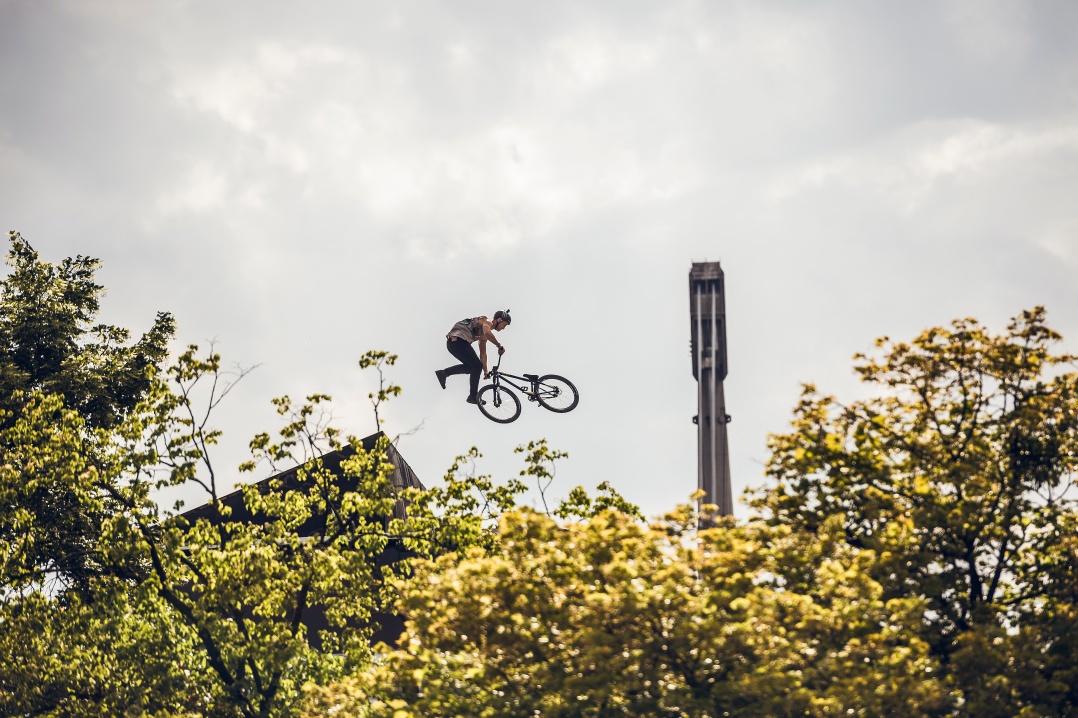 As in the past years the atmosphere in Munich’s Olympic Park was stunning and did not disappoint. With music blasting, the crowd roaring and the athletes sending their runs big time, a perfect slopestyle weekend came to a worthy end, when Nicholi Rogakin cracked the bottle of champagne in celebration. Once again Swatch Prime Line proved, that freeride mountain biking is one of the most exciting spectator sports out there! “We are so glad, that the Swatch Prime Line contest was such a great success. We thank the 85,000 spectators for coming out to MASH over the weekend, of which 20,000 saw the jaw-dropping action of the slopestyle final today”, summarizes a more than happy Arno Hartung, CEO of the Olympiapark München GmbH.

Further information can be found on www.swatch.com/en/explore/swatch-sport/sport-events/swatch-prime-line-2016.