As many of you already know, this year the Scott XC team changed its name into Scott SRAM. Finally we can show you Nino Schurter’s and Jenny Rissved’s new builds, with Rock Shox suspensions and lots of golden details, like the medals they won in Rio in 2016. 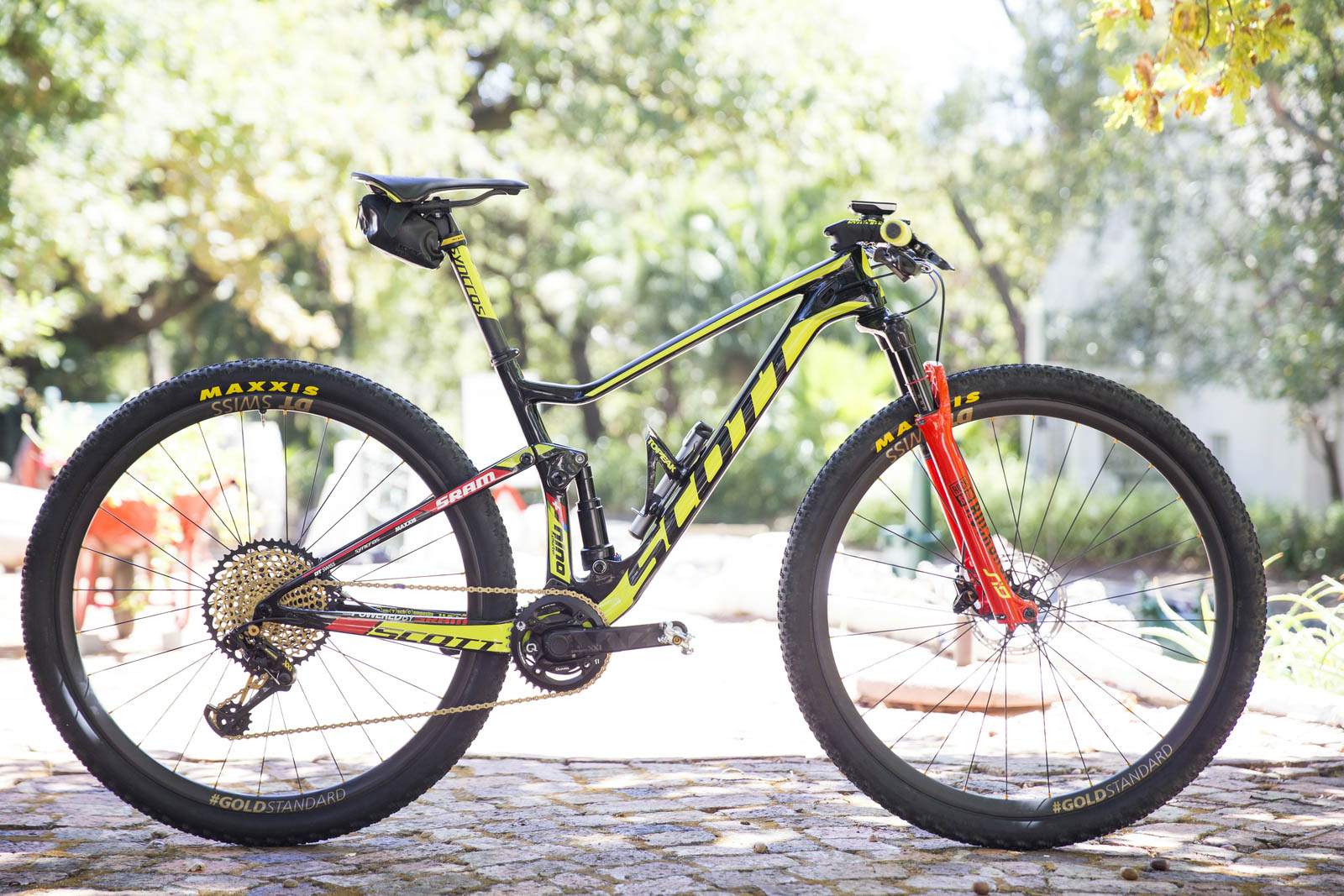 The bike: Scott Spark RC. Showed to the public in June, gold medal winner in August. Not bad. 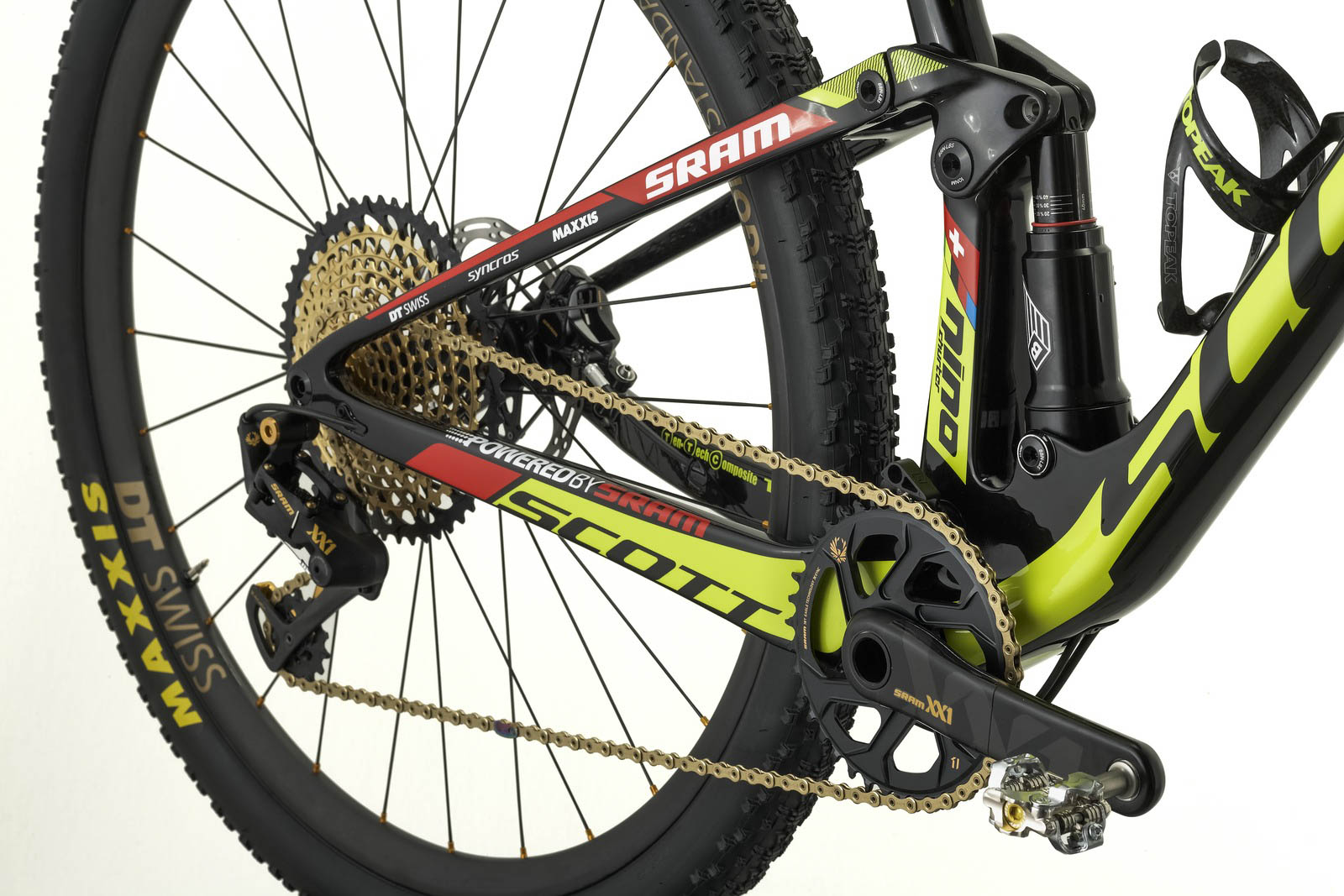 Deluxe Black Box shock. Something new is brewing up there. 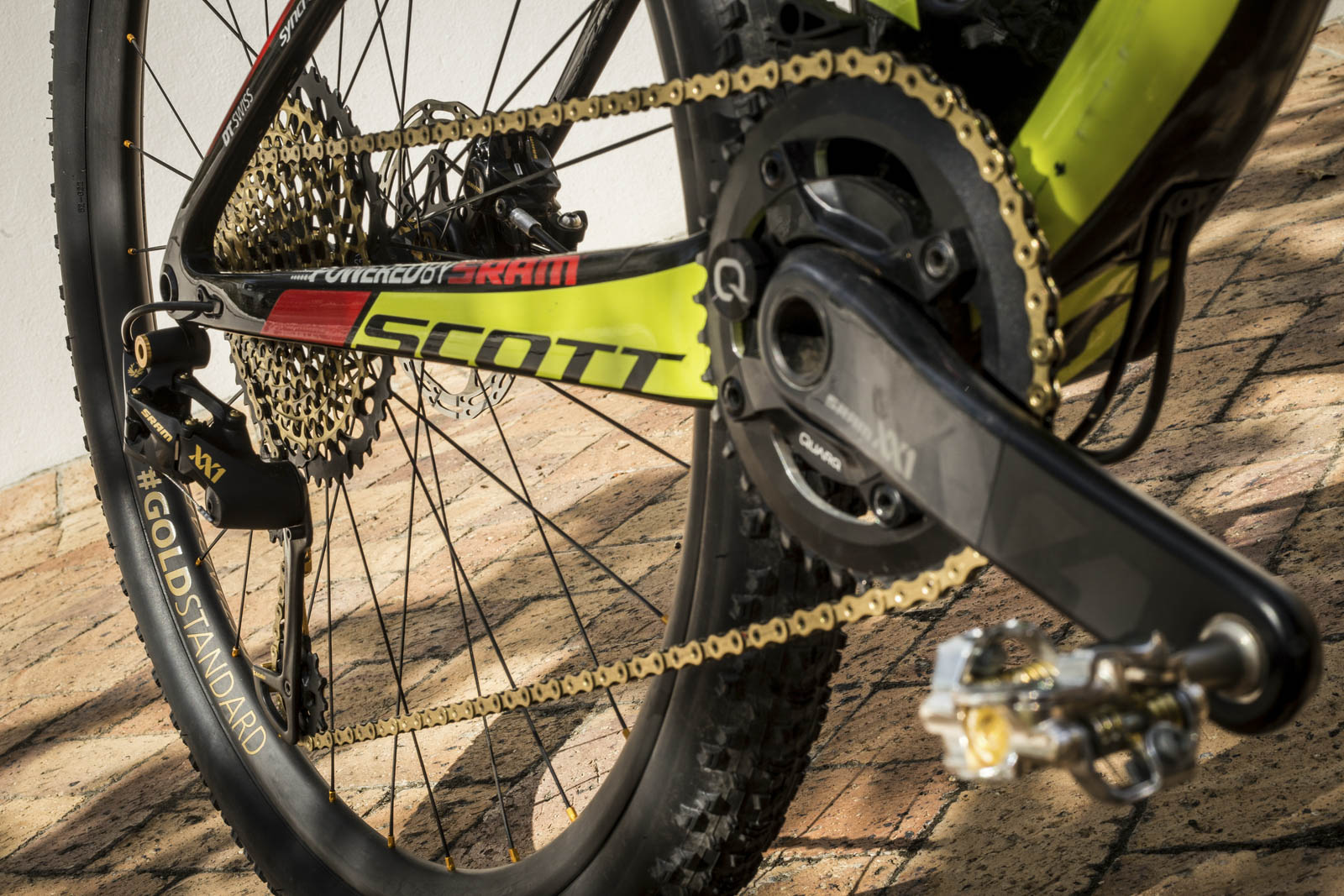 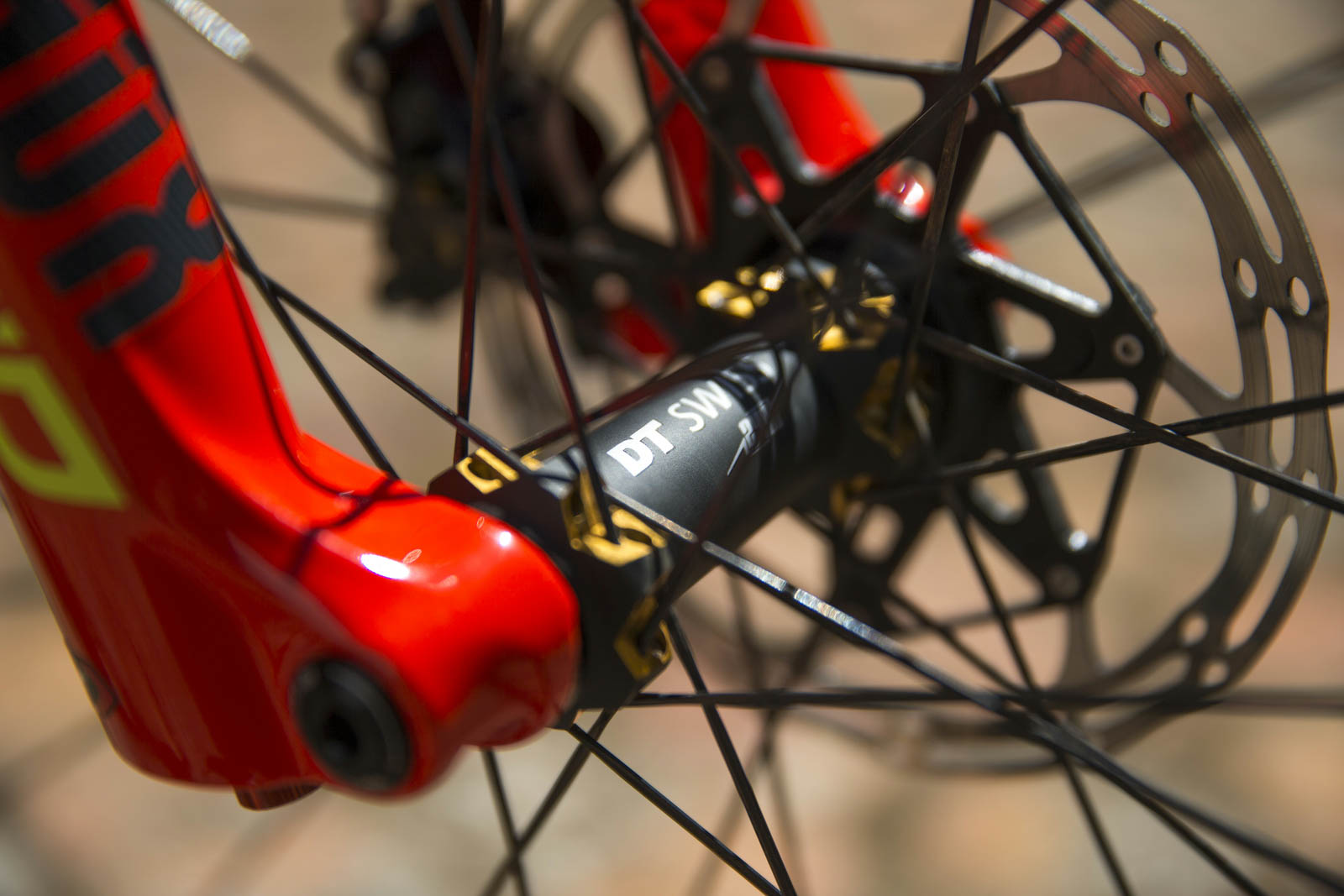 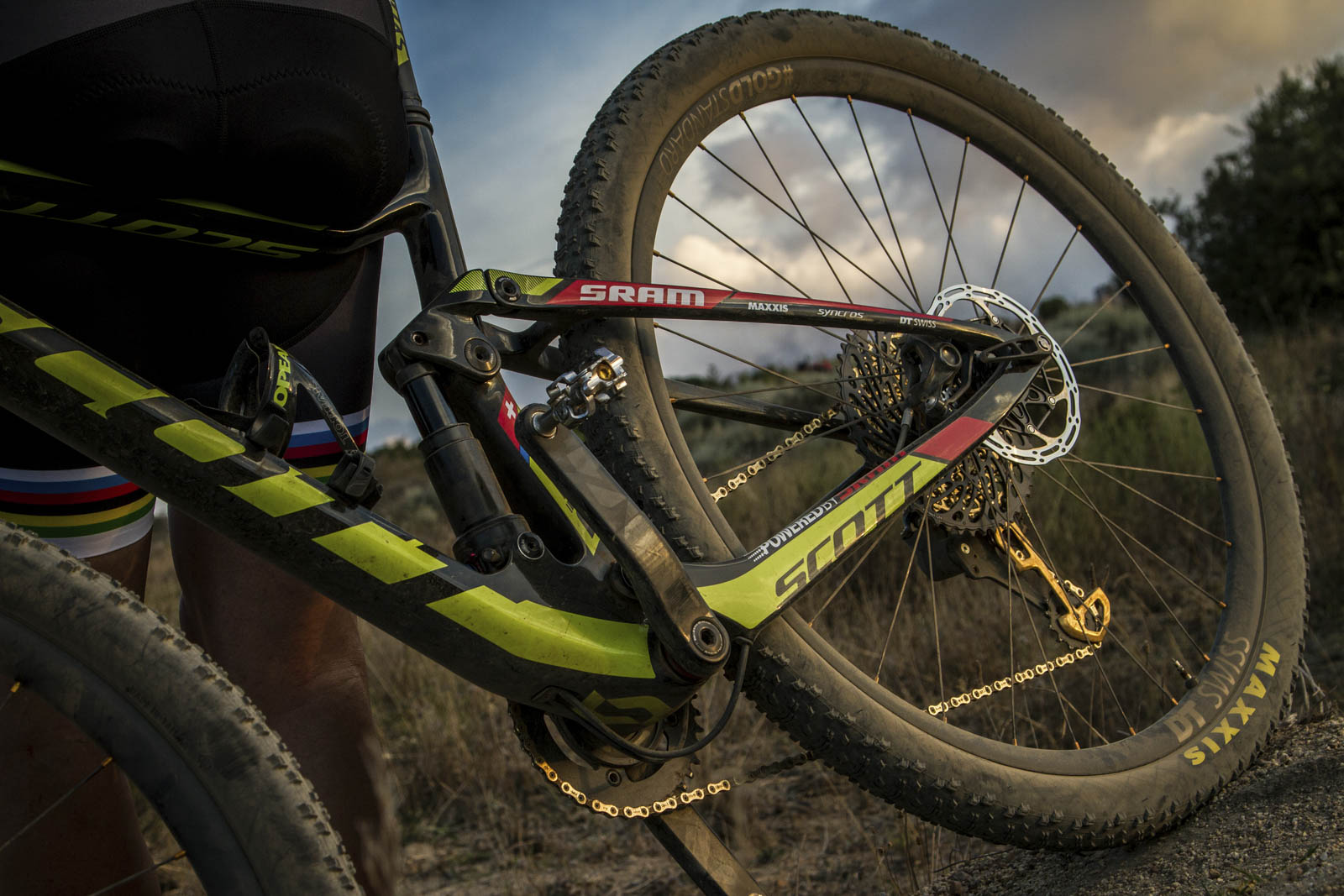 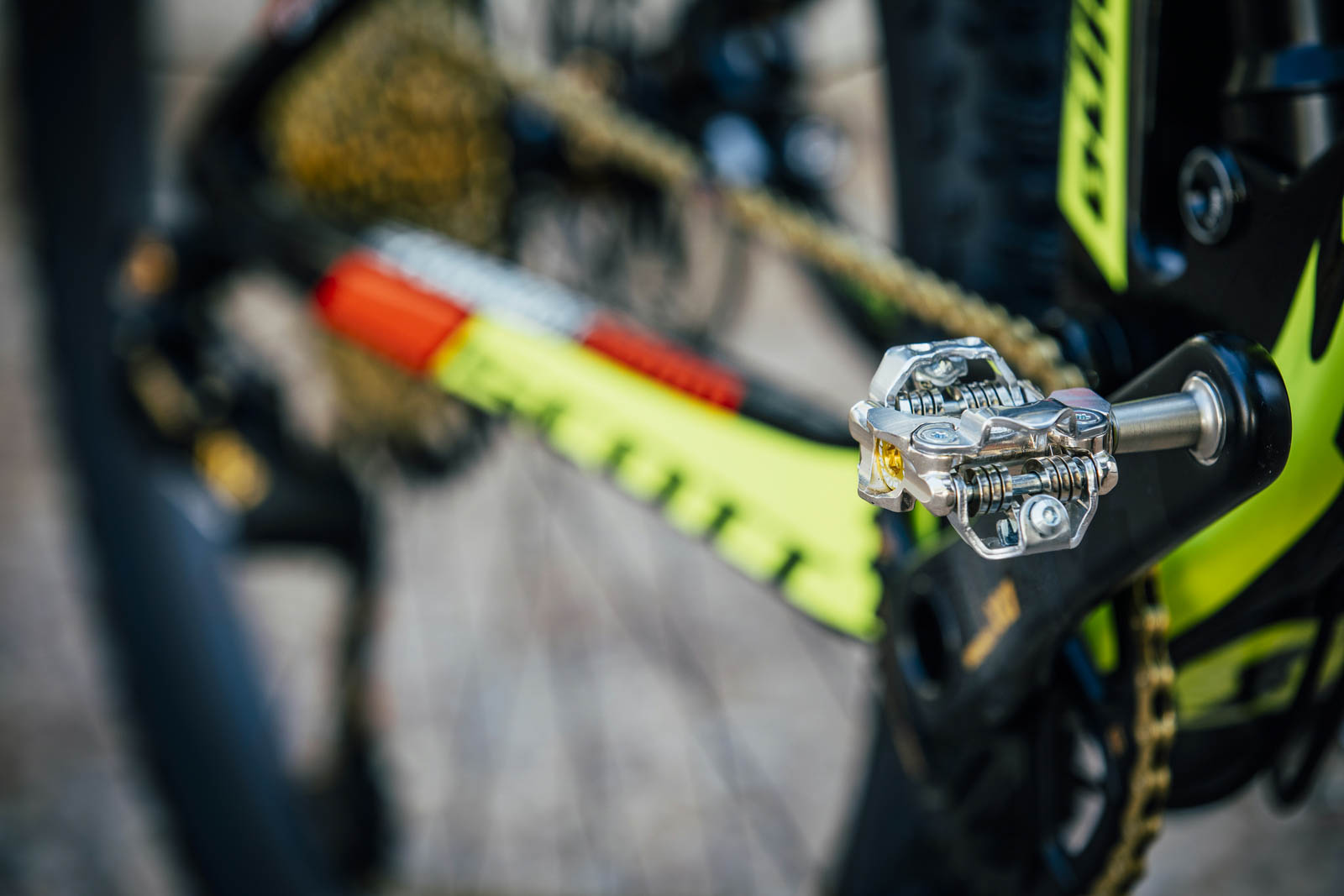 Goodbye tubular tires, welcome tubeless ones! Maxxis is the new team’s tire sponsor, and we will see a bunch of different models through the season, depending on the track and the weather. 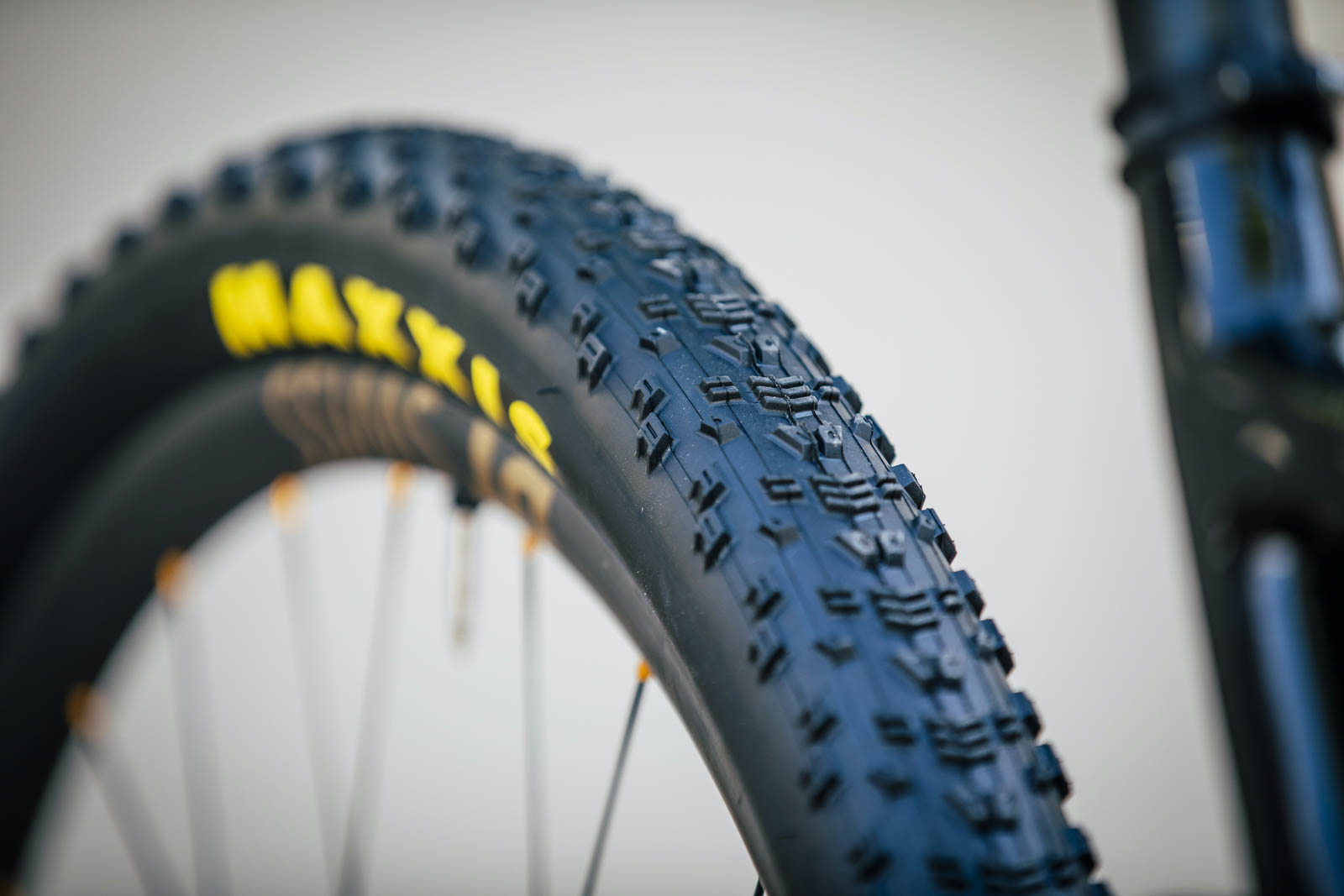 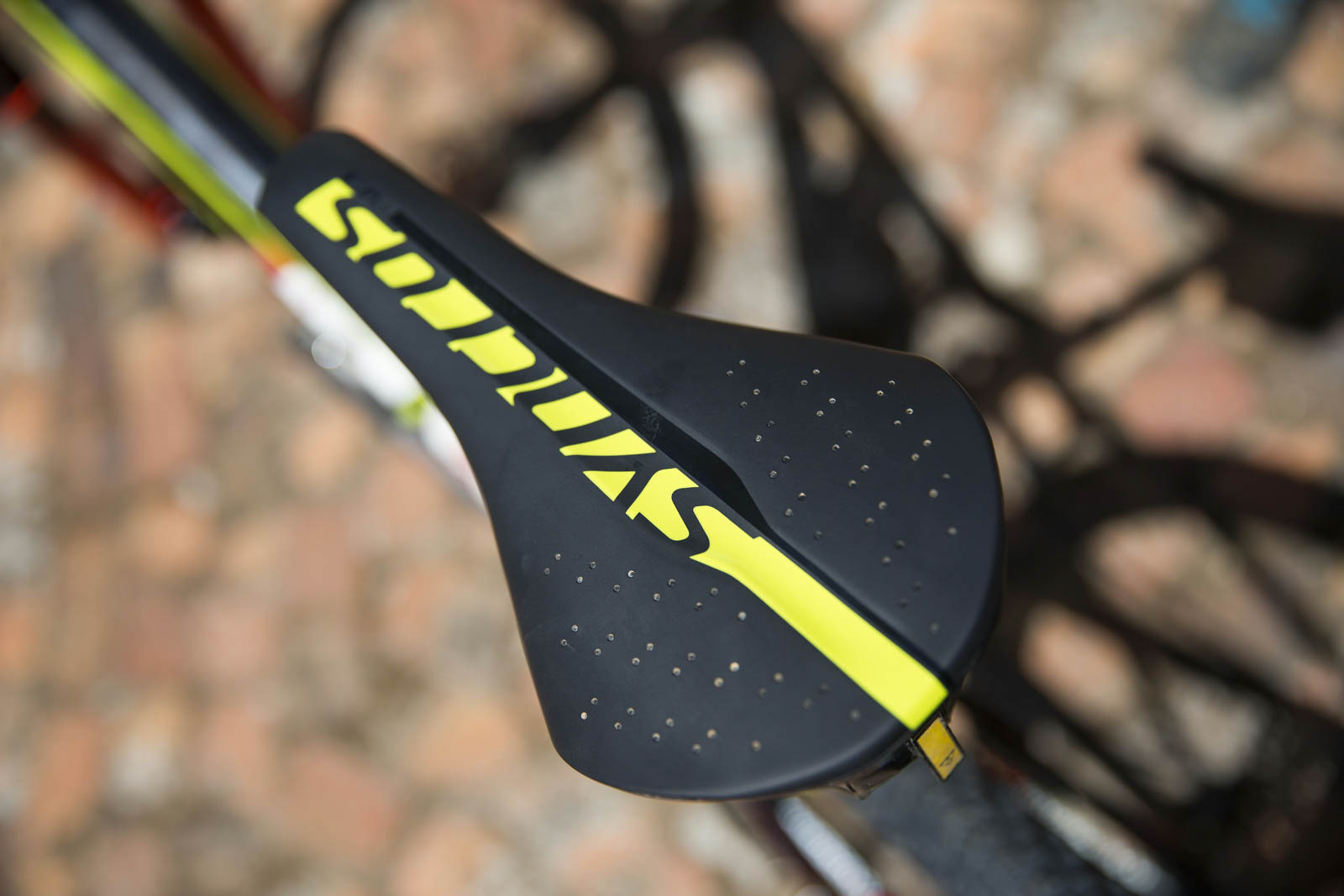 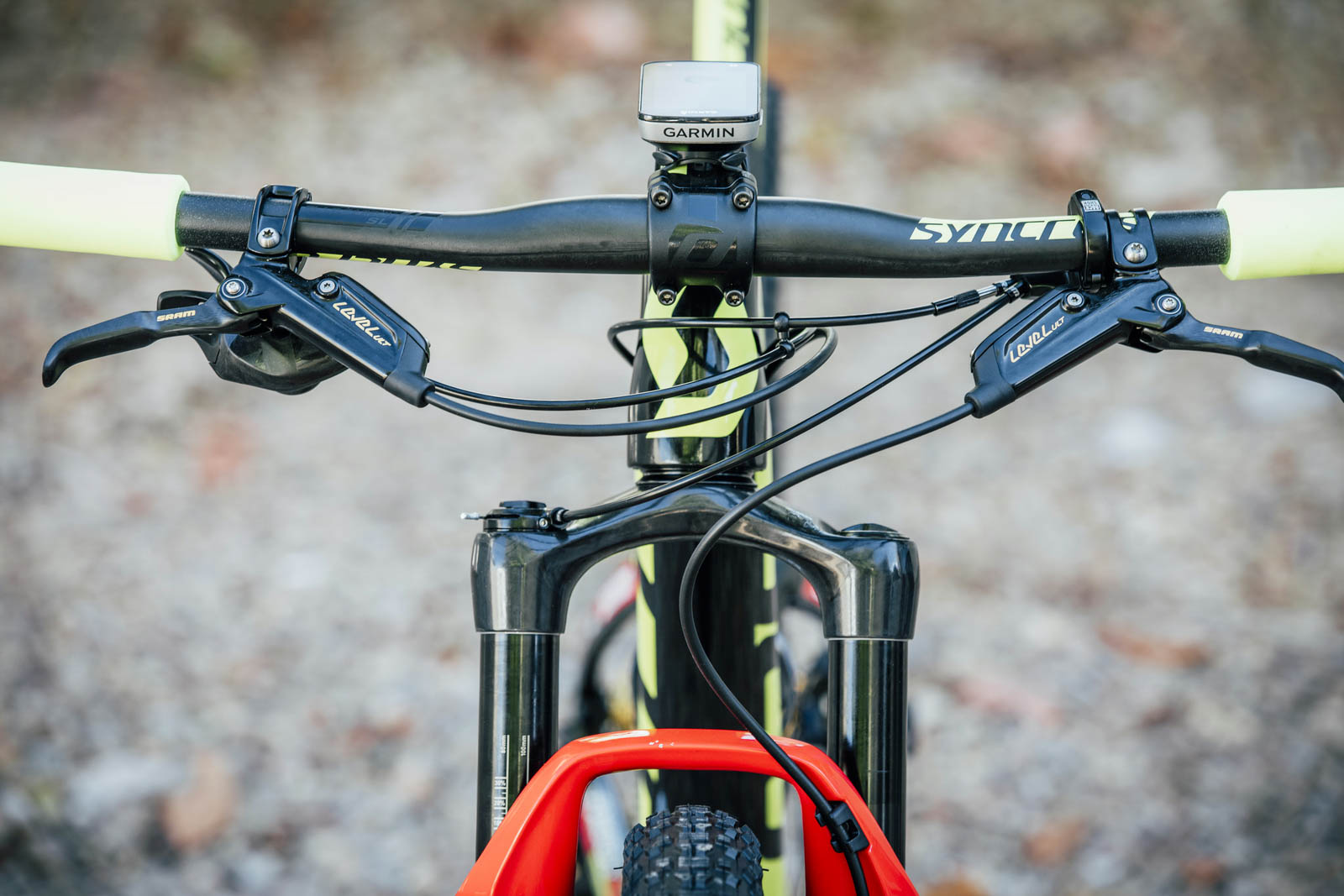 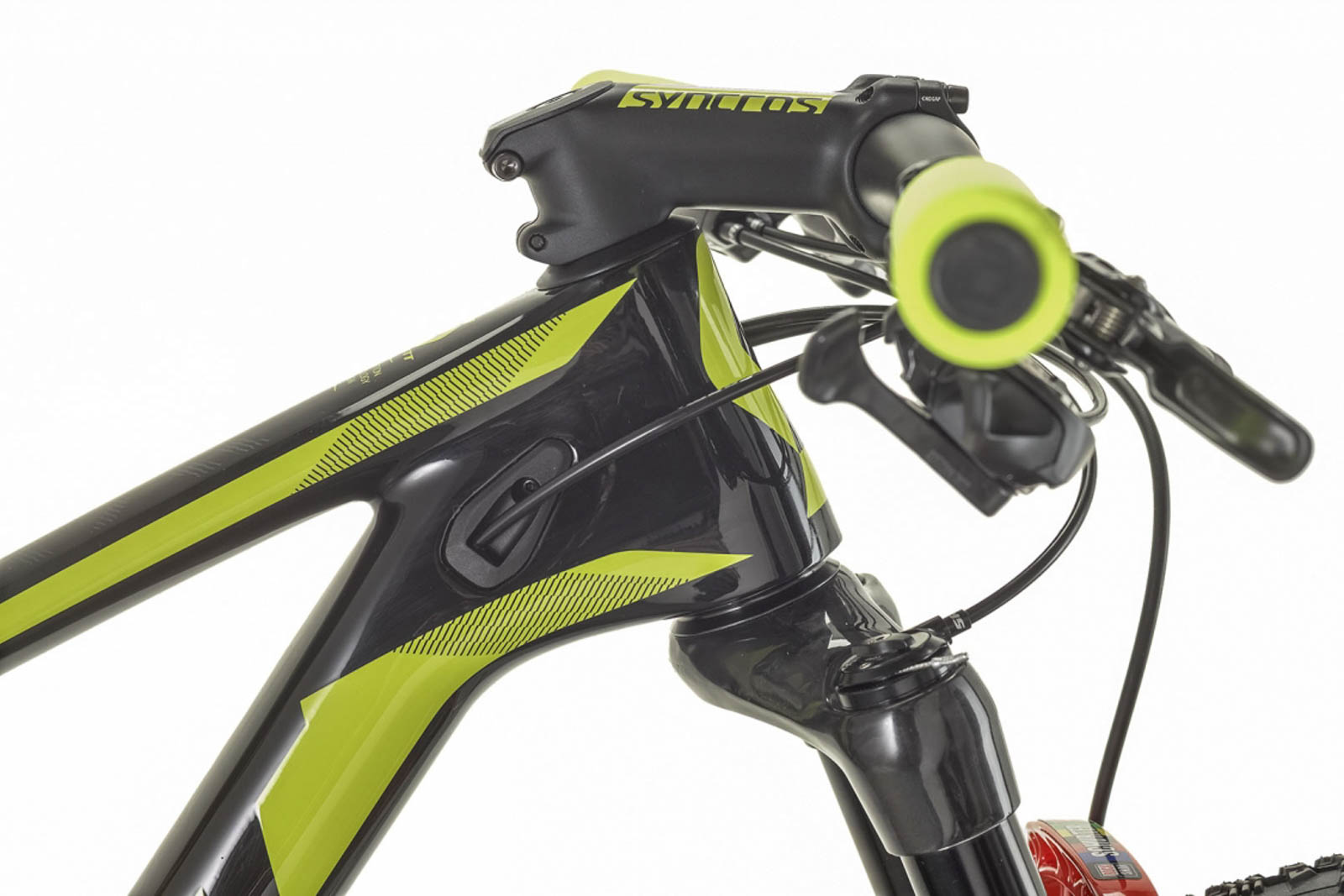 Dropper post or normal one? While Nino’s downhill skills don’t need a dropper post, we think we may be surprised this year. After all you can see a Reverb dropper on Rissved’s bike already… 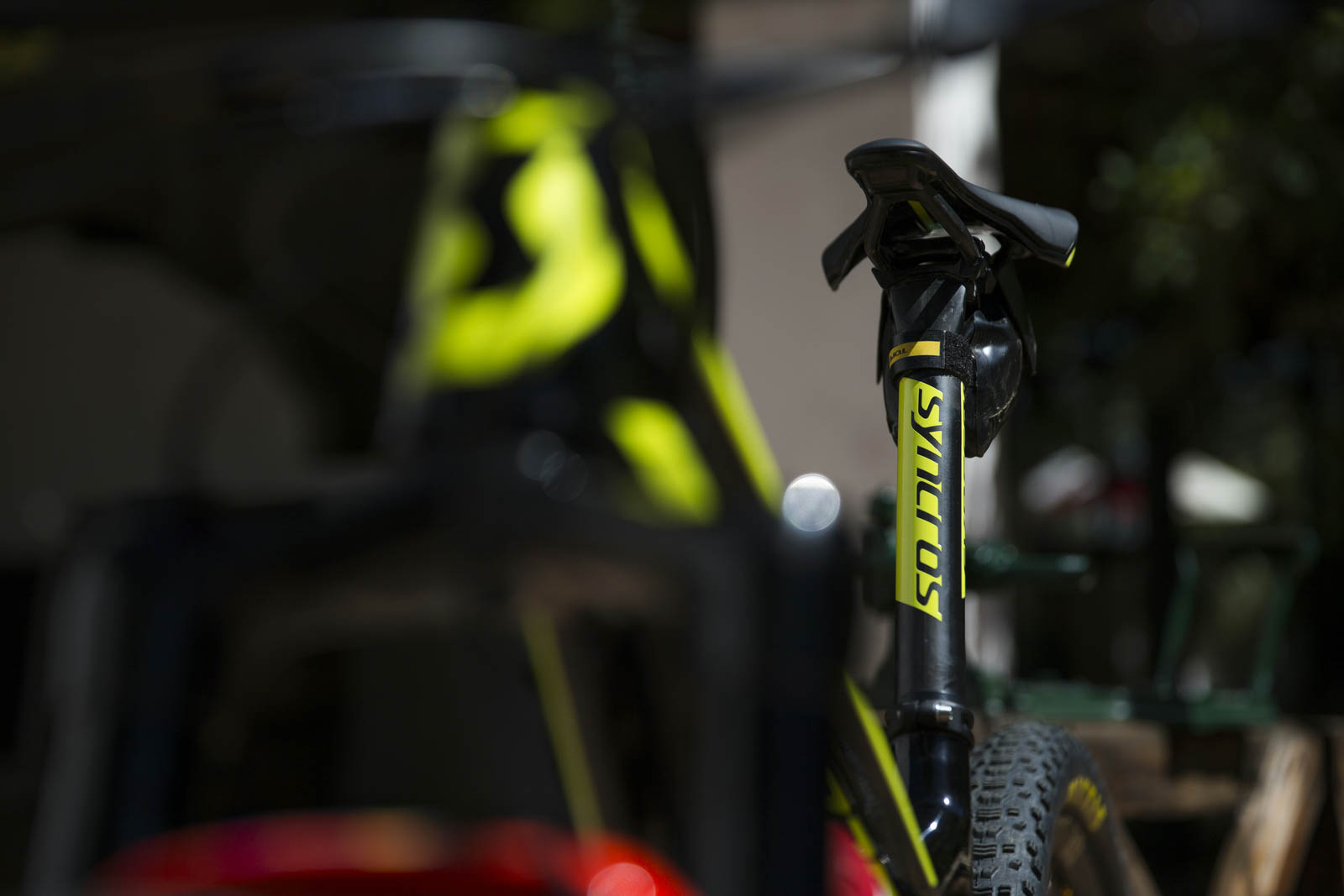 You would expect pink, but you get turquoise for Jenny’s bike. 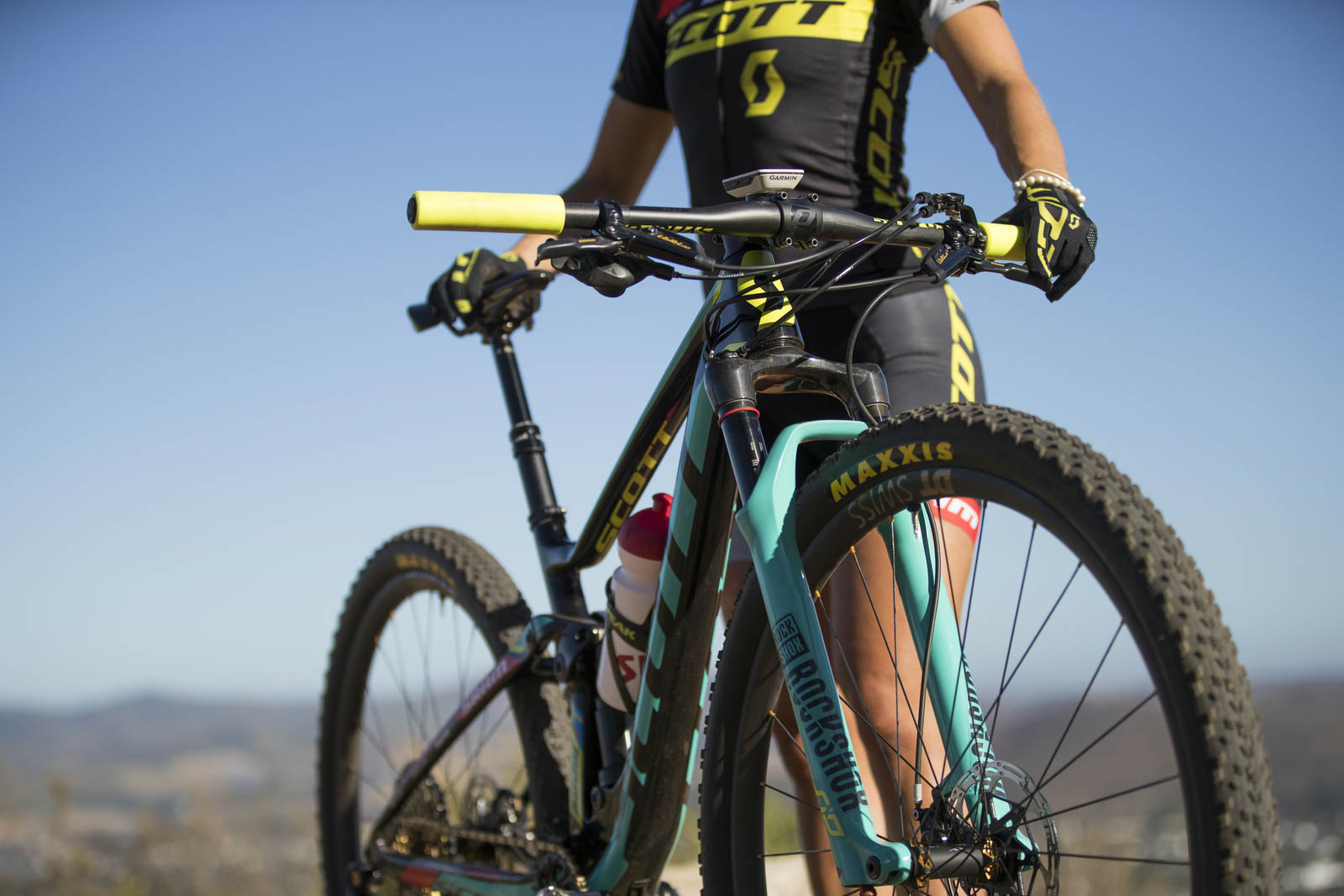 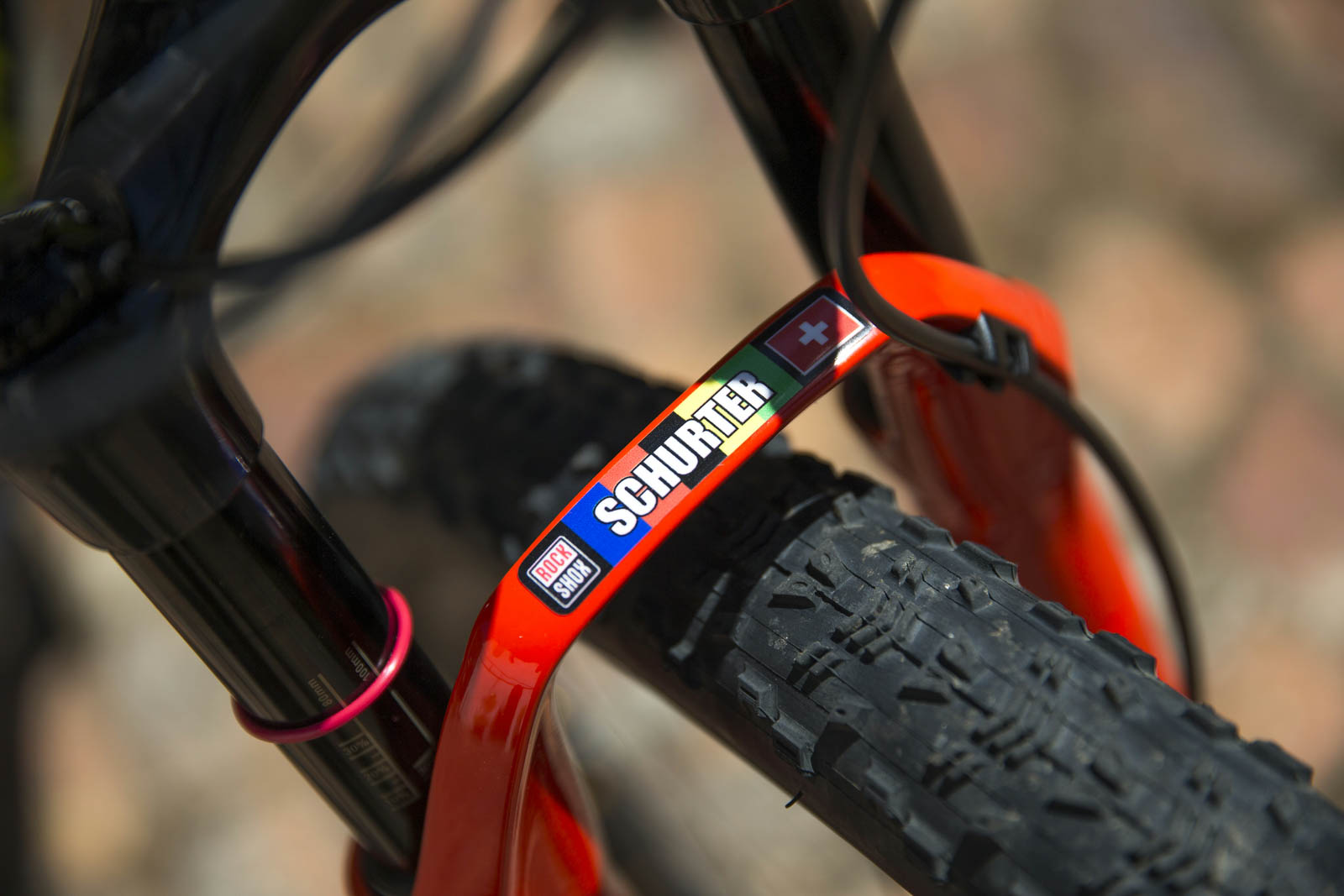 Both Nino and Jenny are racing the Cape Epic right now. Jenny’s teammate is the evergreen Thomas Frischknecht, the Scott/SRAM team manager (and they were leading after the prologue).