Jungle Warfare: Final Day of the 2018 Santa Cruz NZ enduro
As a race organiser you are always thinking of ways to deliver the ultimate race experience. As a multi day event this task can become exponentially harder. You need the “warm up” day then the “suffer-fest” day and then the reward day. Today was definitely that day and the Wakamarina trail easily delivered. The first part of the reward was a Heli shuttle up, which lead to the second part; 1500m descending with only 500m climbing. 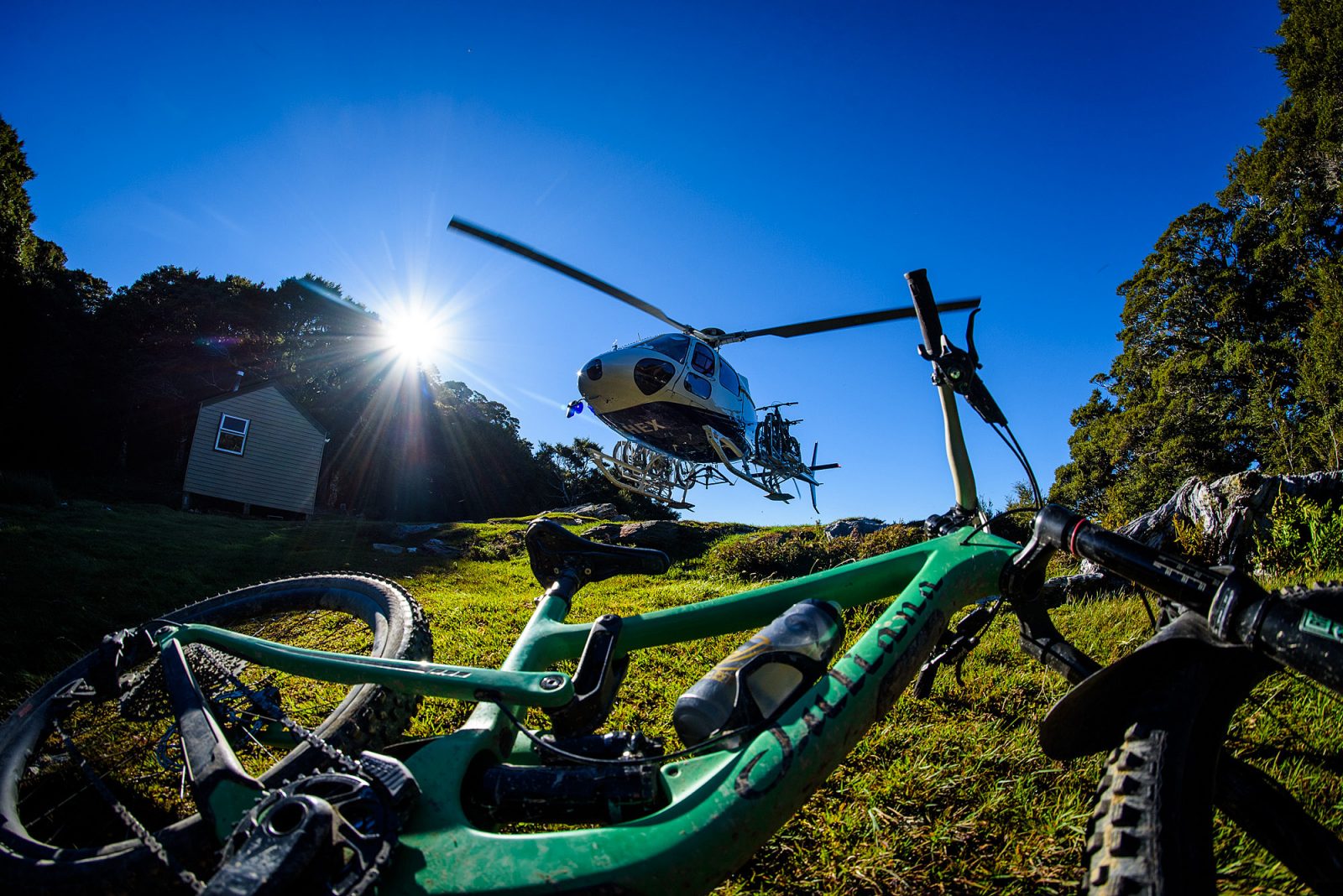 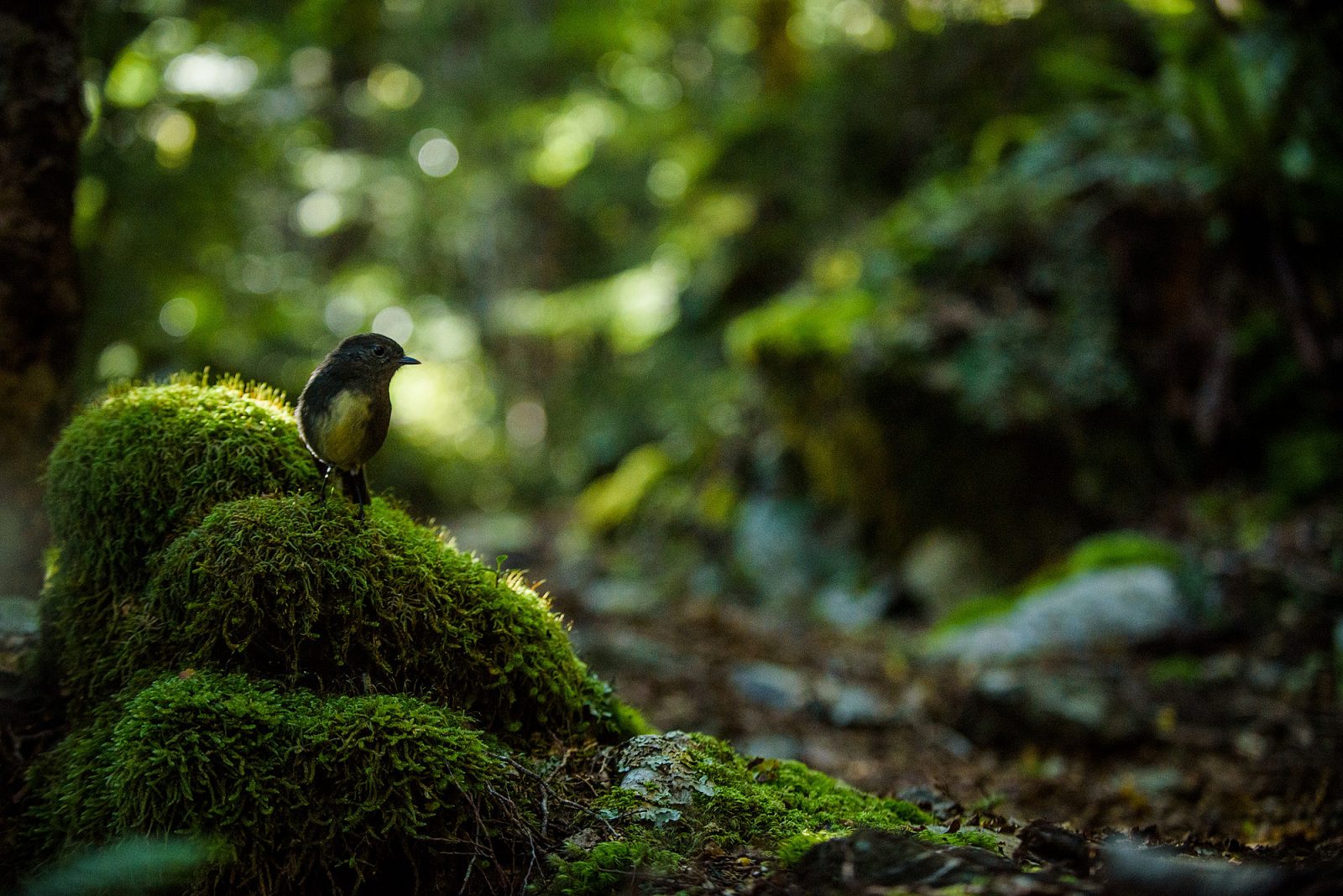 Stage one, straight out the helicopter into some fresh cut loamy trail through ancient old growth moss and lichen covered Rimu and Beech forest. A bit of a trend has emerged in this years race, all the stage one’s have had their fair share of climbing in them. The only time we decide to include these climbs mid stage is when the payoff after the climbs makes them worthwhile, we like it tough but we aren’t masochists. 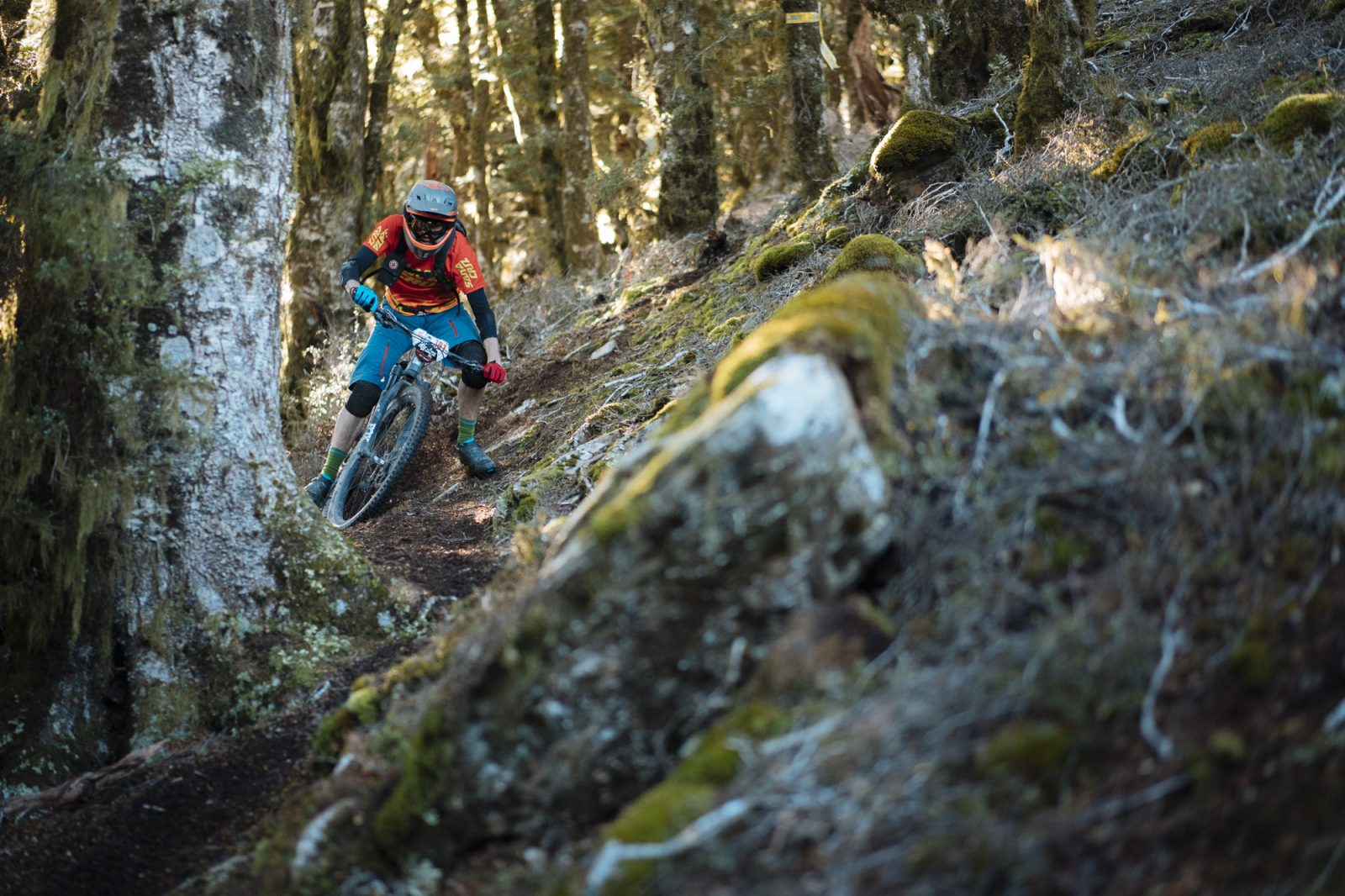 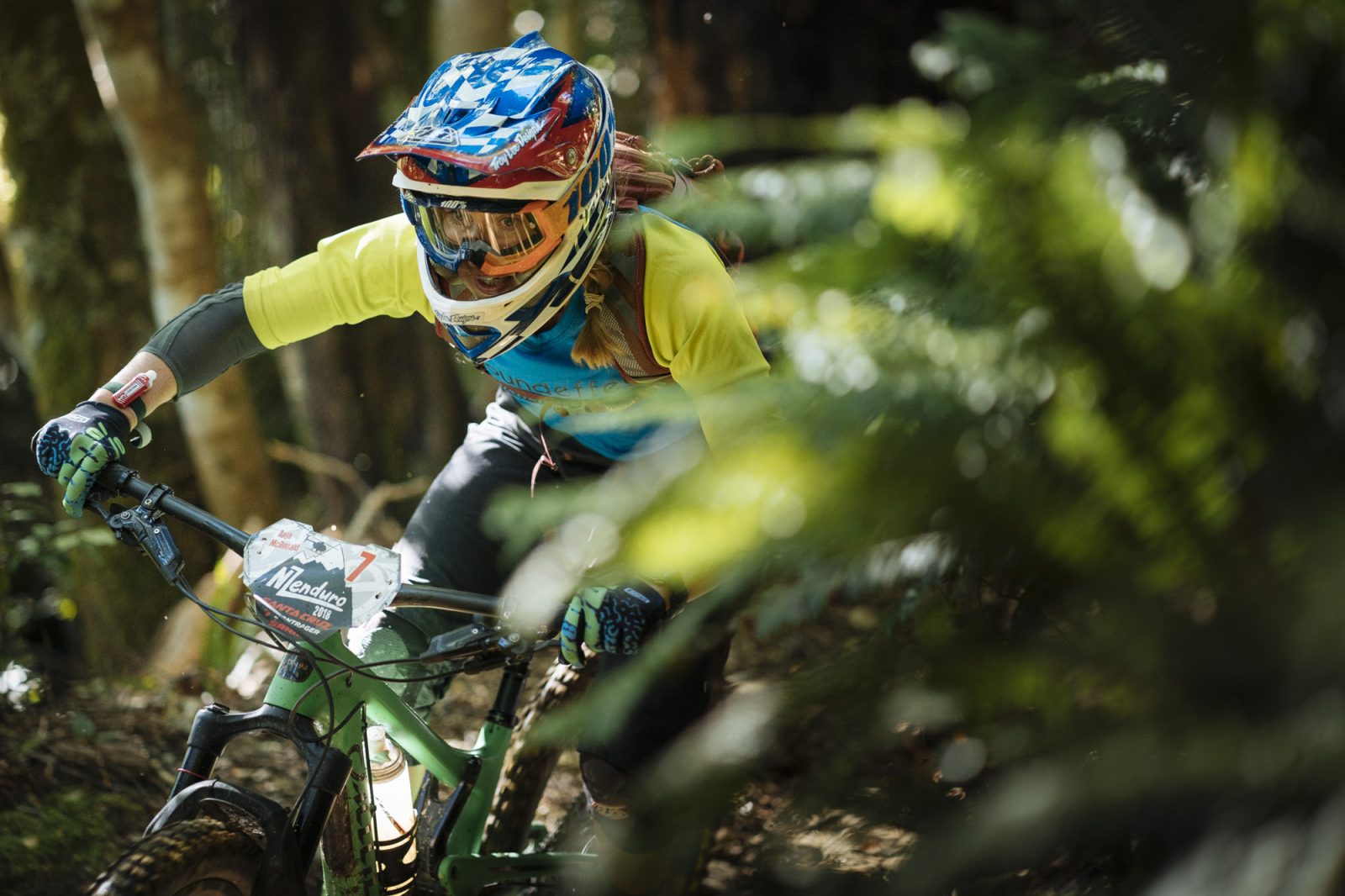 In New Zealand, or at least in these parts a heli-drop is never a straight forward simple one pitch drop. That would be a waste of resources. We use helicopters here to access the highest peaks, but like today, that still means you may have a bit of work to do before you reach the end of the trail. Today it was a 45 minute hike a bike, but luckily you were rewarded with a sublime 12 minute stage that snaked its way down an old gold mining route, shrouded in ferns and dwarfed by huge podocarps. 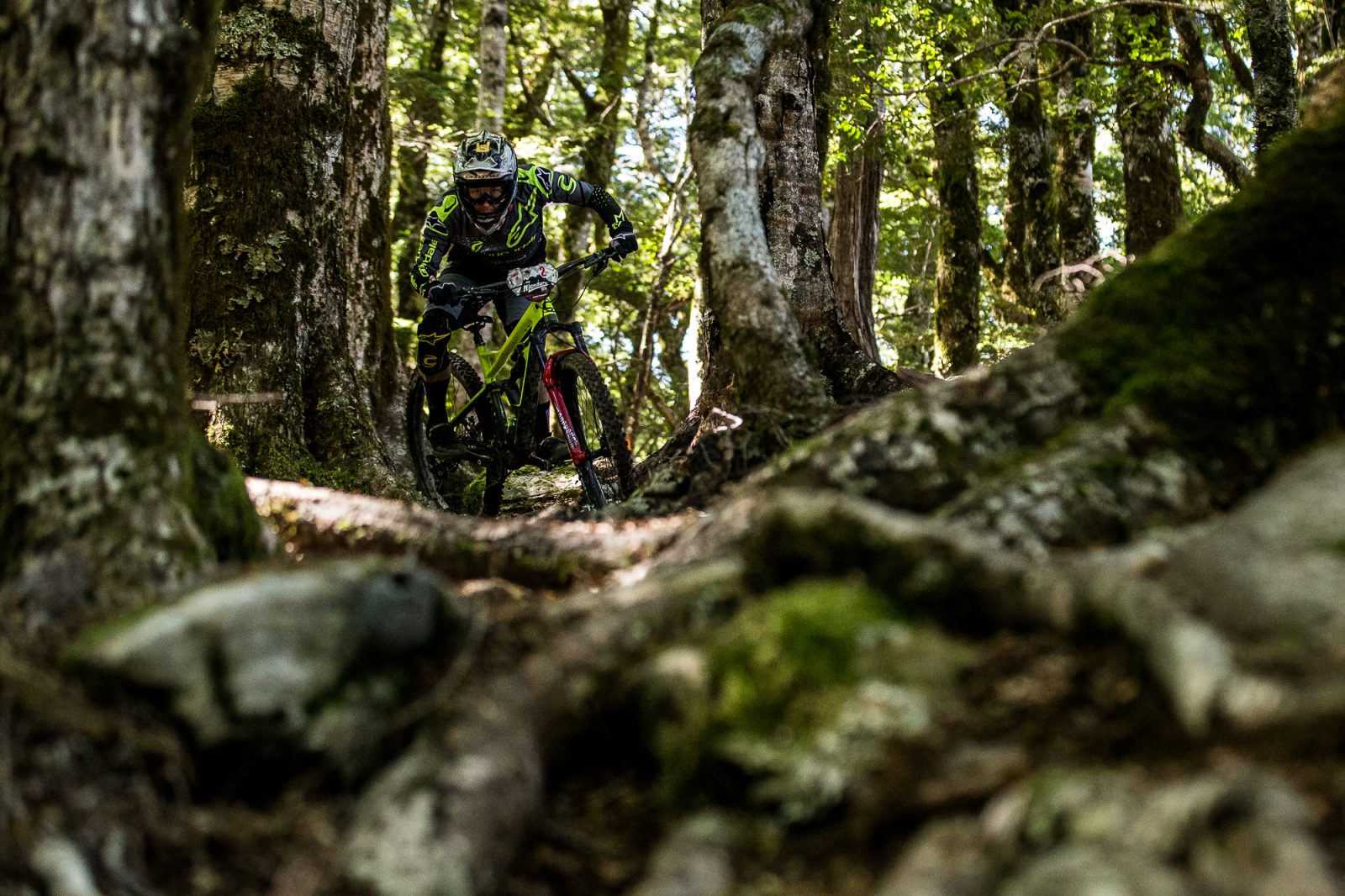 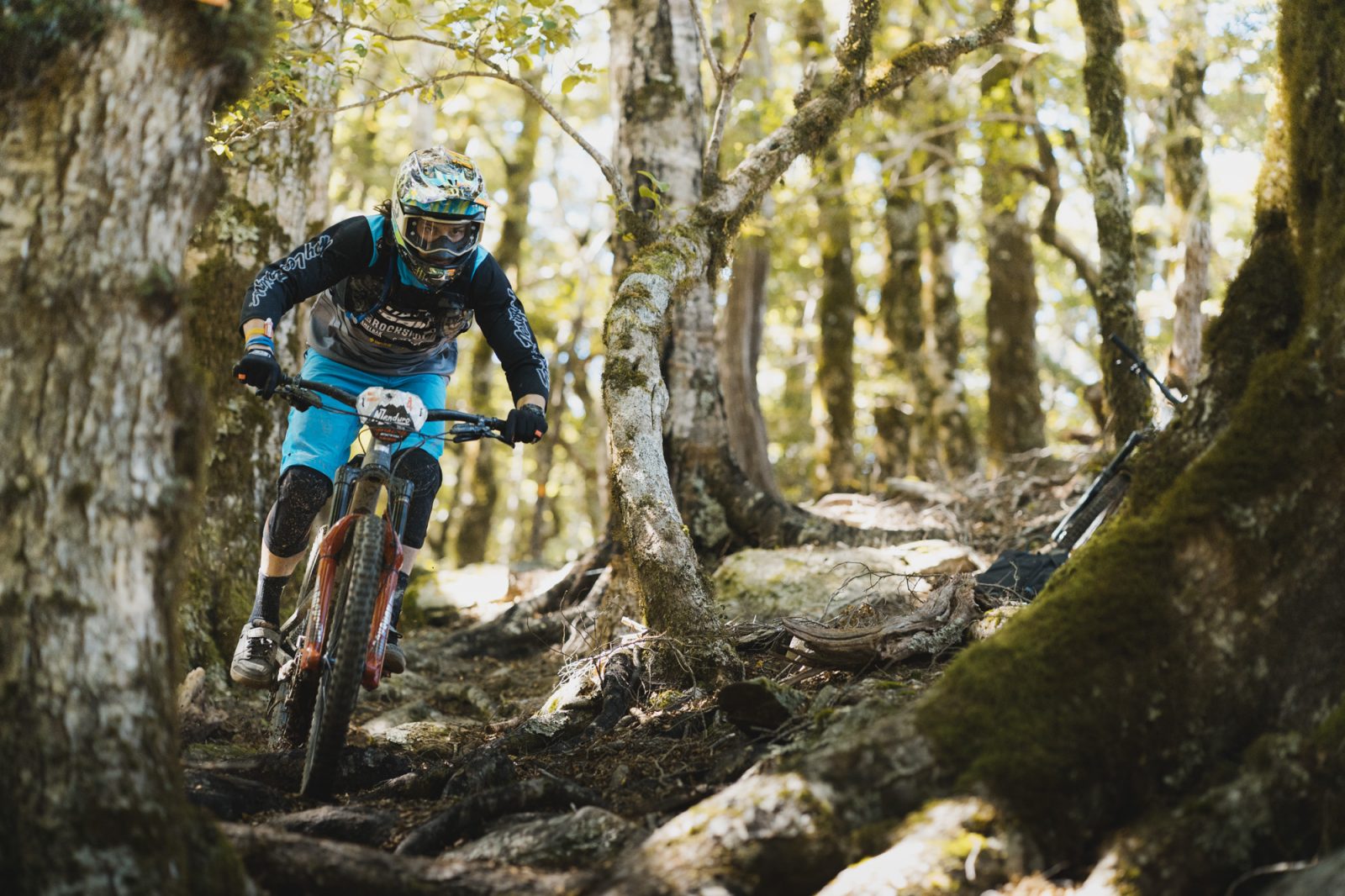 A flat out fast and short stage capped off the long weekends racing after which it was time for a swim in the river then lazing in the sun chinking and drinking beers, having a feed and exchanging war stories of near misses and close shaves. A massive table of spot prizes were handed out, a Silky Saw Off competition held and another big chunk of funds was raised for the NZ Enduro trail advocacy program thanks to all our sponsors generous contribution to our raffle. 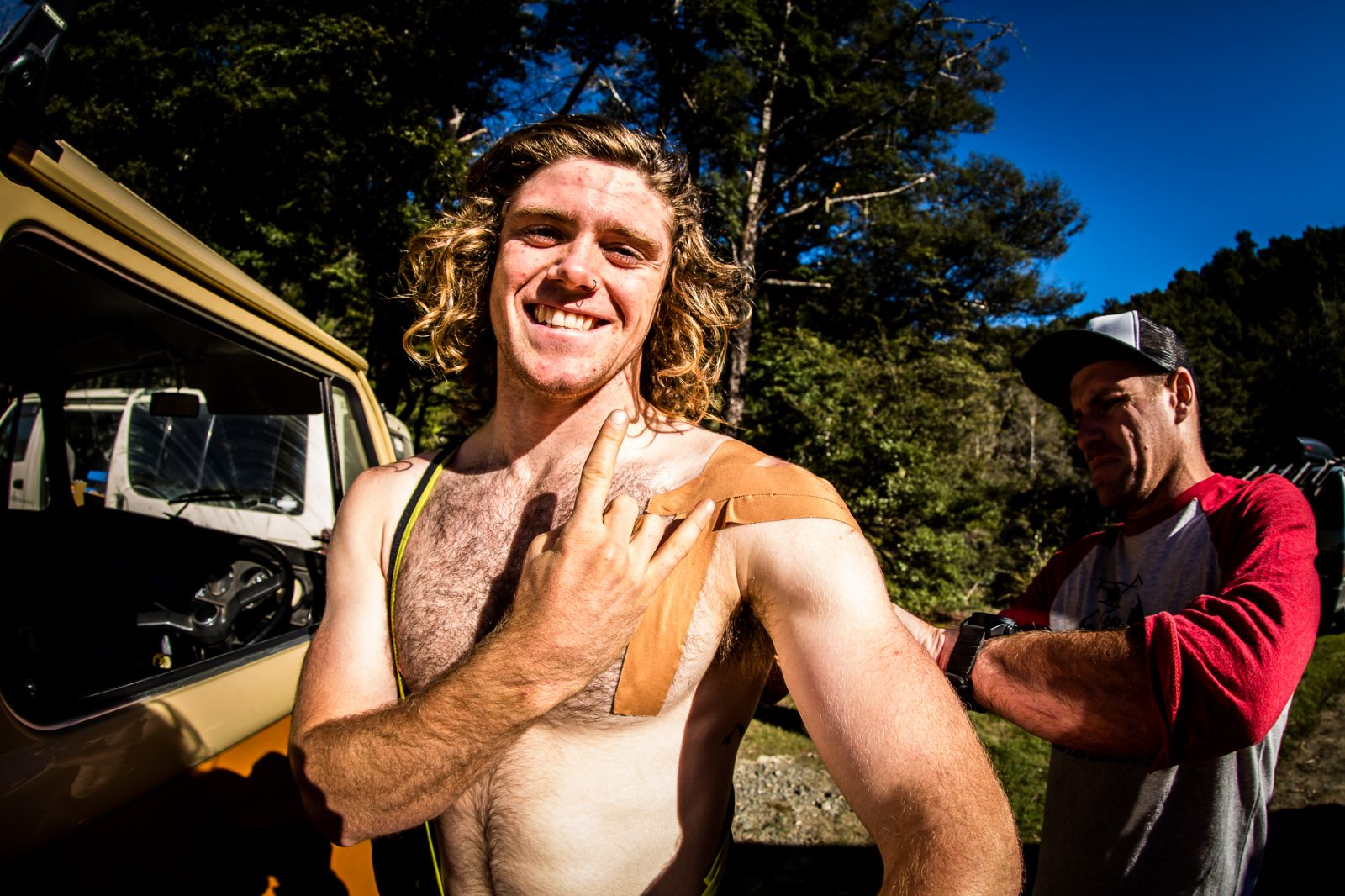 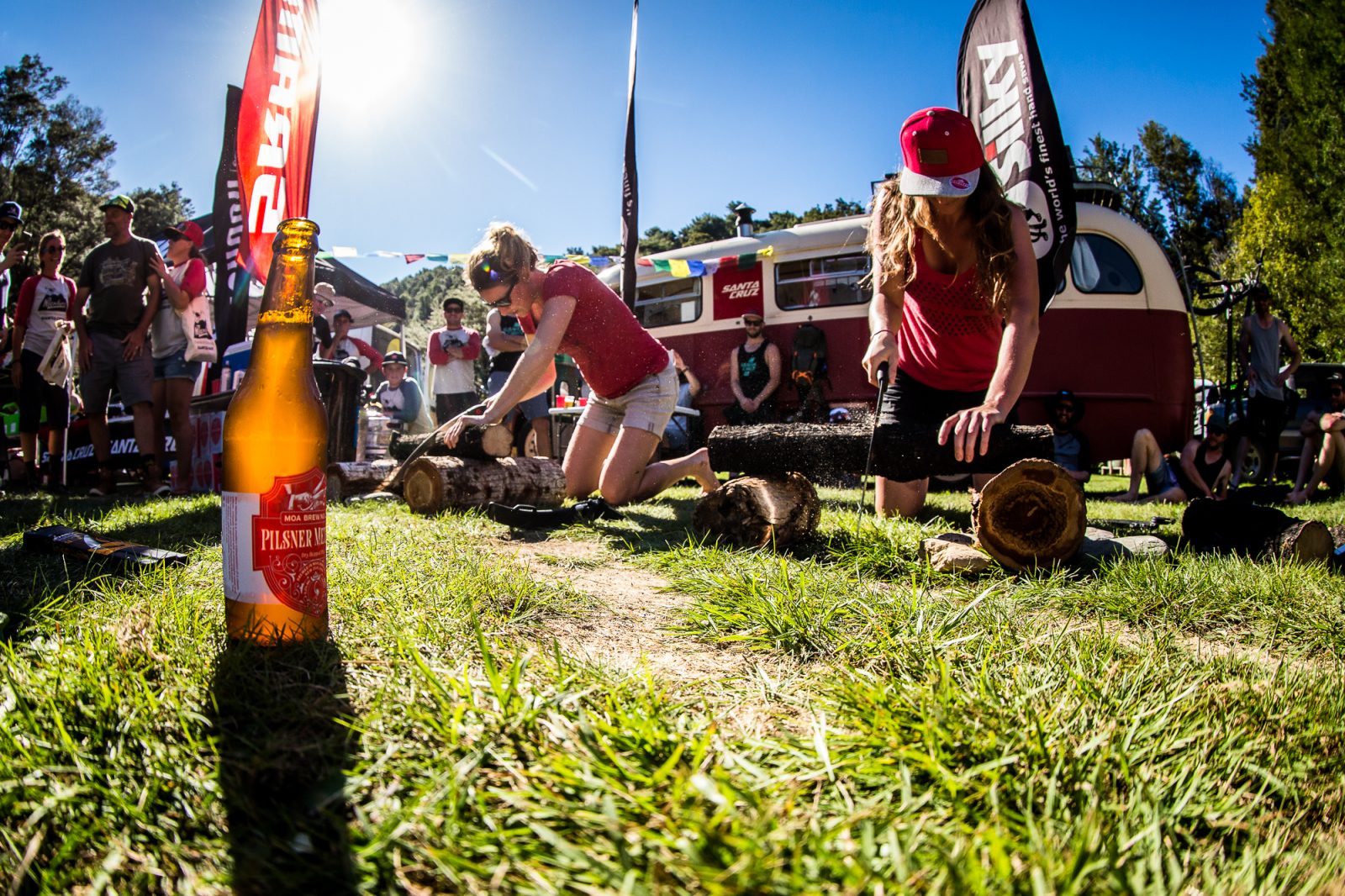 With the beers finished and the keg dry it was time to wrap up the party with the awards. In the pro mens we had some stage wins today from Joe Nation and Mitch Ropelato but it was Jerome Clementz who won the iconic stage two of Wakamarina as well as the overall which means he has yet another major enduro “title” to the already long list. A small off course excursion on stage two cost Joe Nation his second place ranking from yesterday getting pipped into third overall by just 0.6 seconds (after over an hour of racing?!?) by fellow Kiwi Sam Shaw who looked over the moon. Not a bad day of racing from the NZ racers named Sam today. (Sam Gaze just won the Elite UCI World Cup XCO opener) 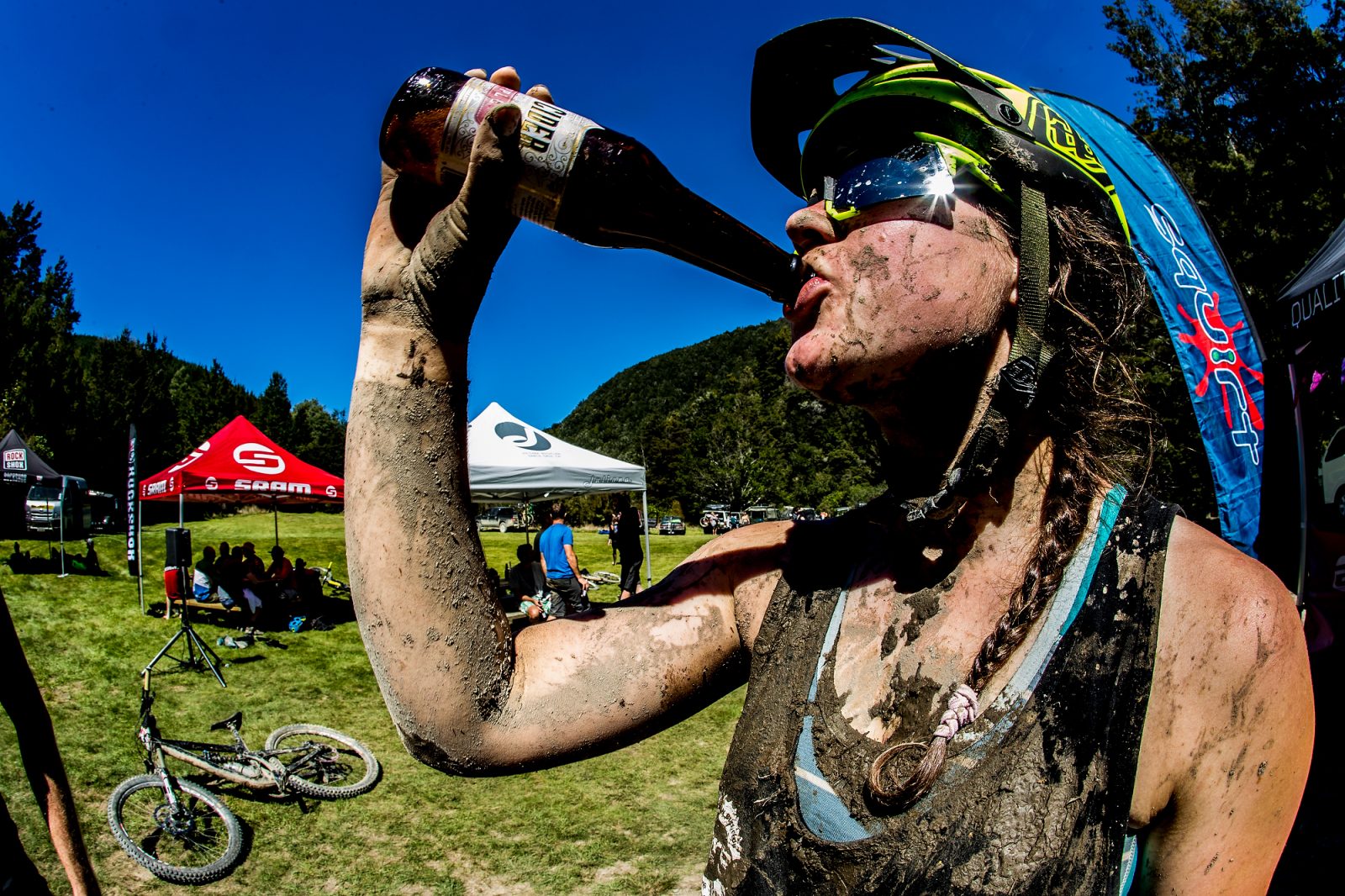 In the pro womens, despite Harriet Harper winning today, the damage done by Slaco yesterday was enough to retain the lead and take the win for Canada. Uriell Carlson remained consistent throughout the week and rounded up the podium for third. Nick Sutcliffe, Anja Macdonald and Joshua Foster all rode smart today retaining their leads from yesterday and taking the Masters, Open Womens and Open Mens titles respectively. 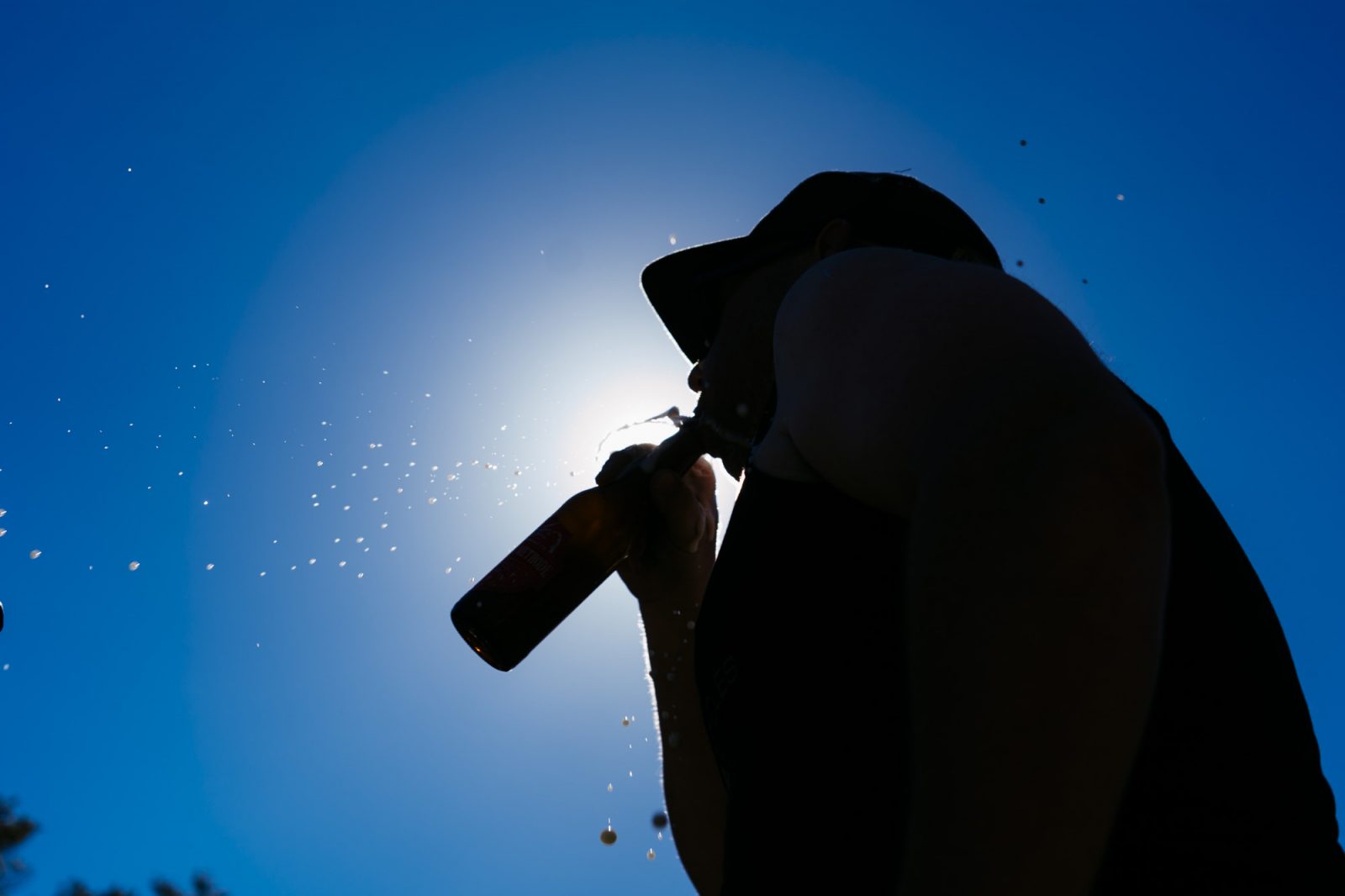 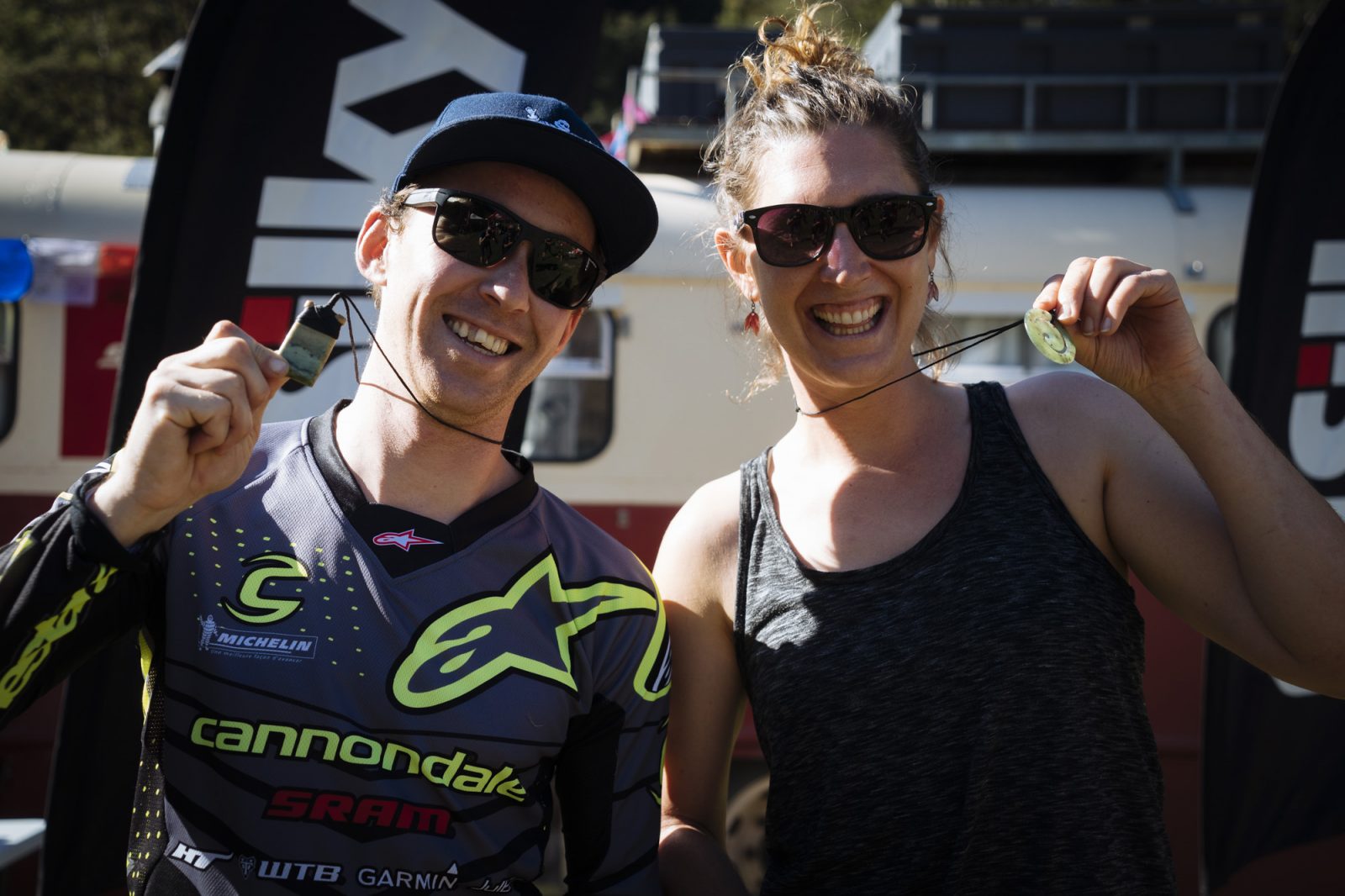