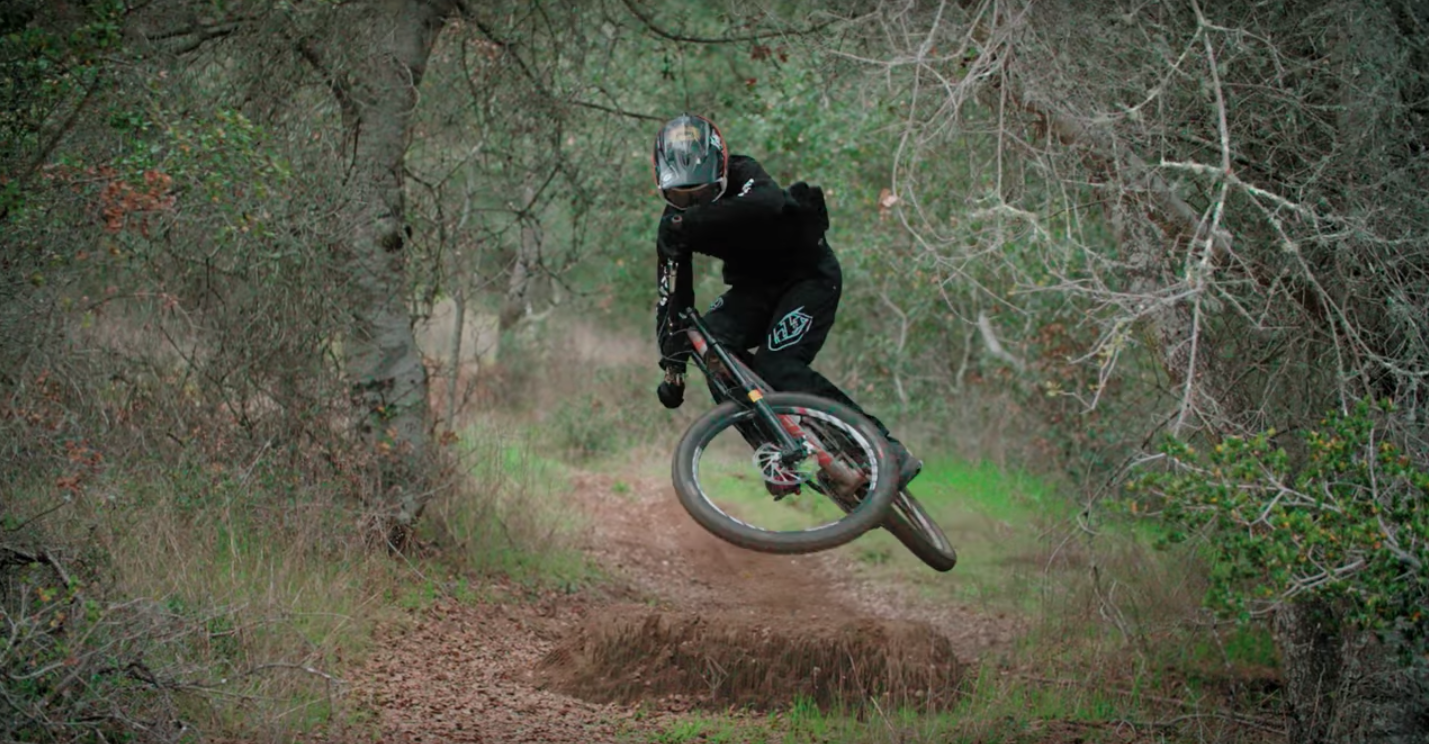 “I feel mountain biking itself is beautiful in the way it brings so many people together. Calvin and I live about 1000 miles apart, and I would call him one of my good friends. There aren’t many other sports where the community is so large and spread, but so tight. After spending some time with Calvin we realized how we shared a similar eye for things, on and off the bike. Both of us being camera nerds, our minds mesh and understand things that we cannot explain. Our eyes are looking through as camera lenses. We examine our surroundings as a still image, or as a captured motion. This clearly made the process a heck of a lot simpler. Having these distinct similarities truly set us out to score big on this project. Often times film days can be stressful, and filled with disagreements. However, working with Calvin, the pressure was off and it felt like a normal session with the homies. So many laughs, so many bangers. The downhill scene in Santa Cruz has sadly slowly dwindled into a passionate handful of us. It is rare to see a truck full of dual crown forks piled in setting for the summit. With a small number of dudes left, I will say, we crush it. For those who know where to go, the hidden gems still remain and they are running better than ever. When digging this trail for this video, we set out to finish a portion of this line in a short amount of time. With about 27 hours in three days, we were more than happy with how things turned out. Adding to the amount of trails for bigger bikes is something to only fuel the fire of the DH bike world here. For myself and our tight knit crew, the scene is still thriving and more juiced than ever. But for the rest, it’s “Outta Gas”.”

“I first met Wally, Isaac Wallen, in the spring of 2017. It was my first road trip to Santa Cruz, California, and I was fresh off an ankle surgery. Unable to ride, I stuck to cameras and daydreaming about their trails and jumps. When I arrived, I quickly realized why Santa Cruz has made such an impact on our sport, and why so many amazing riders continue to come out of there. The whole area breeds steeze. Sexy old trucks, vibey surfer feel and American passion. What a combination! When you head to the hills you quickly find yourself in little America. Santa Cruz and it’s surrounding areas have everything a rider could ask for. Everyone in Santa Cruz seems to ride with this air of confidence. Wally is no exception. The first day I arrived this trip he brought me to the trail he had just finished. After briefly explaining what I can expect he dropped in and leaned so hard into this corner I thought he had messed up. He hits every corner like it owes him money. He’s a shark! His taste in music, vintage trucks and riding style is contagious to be around. So hyped to be able to work on a project with such a rad dude, and to have close ties with the Santa Cruz scene! No Bad Days”